In a world of fleeting relationships and PDA all over Instagram, here’s an old-school love story that inspires, shocks and leaves you distraught at the end. Their relationship was one that blossomed naturally and developed deeply over time, something we all hope to have one day. Yet, how do you really gauge the depth of any relationship?

Their story dates back to a time before World War-II. Life was much simpler. Leonard and Hazel both lived in Texas, but it took them awhile to meet. They finally met while in high school and got to talking, realizing they have much in common. But what was it that truly connected them?

A Lifespan Of Love Begins 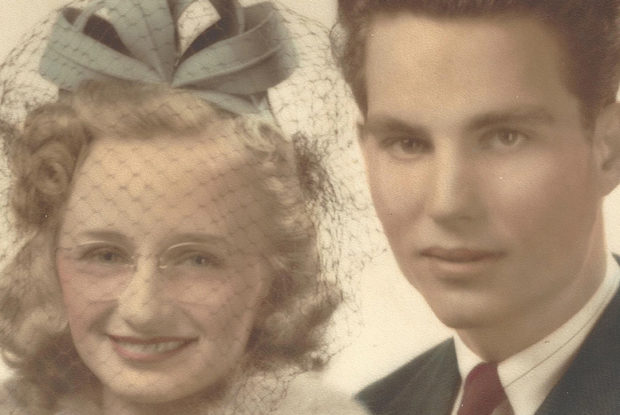 They felt an instant connection from the moment they had met. Their friendship soon turned into love and they both had no plans of dating other people. It was in 1942 when the couple tied the knot in a simple ceremony involving close friends and family. While pledging their life together, their family had no idea of the lifespan of their love. But did they know about the depth of their own love? Only time would tell. 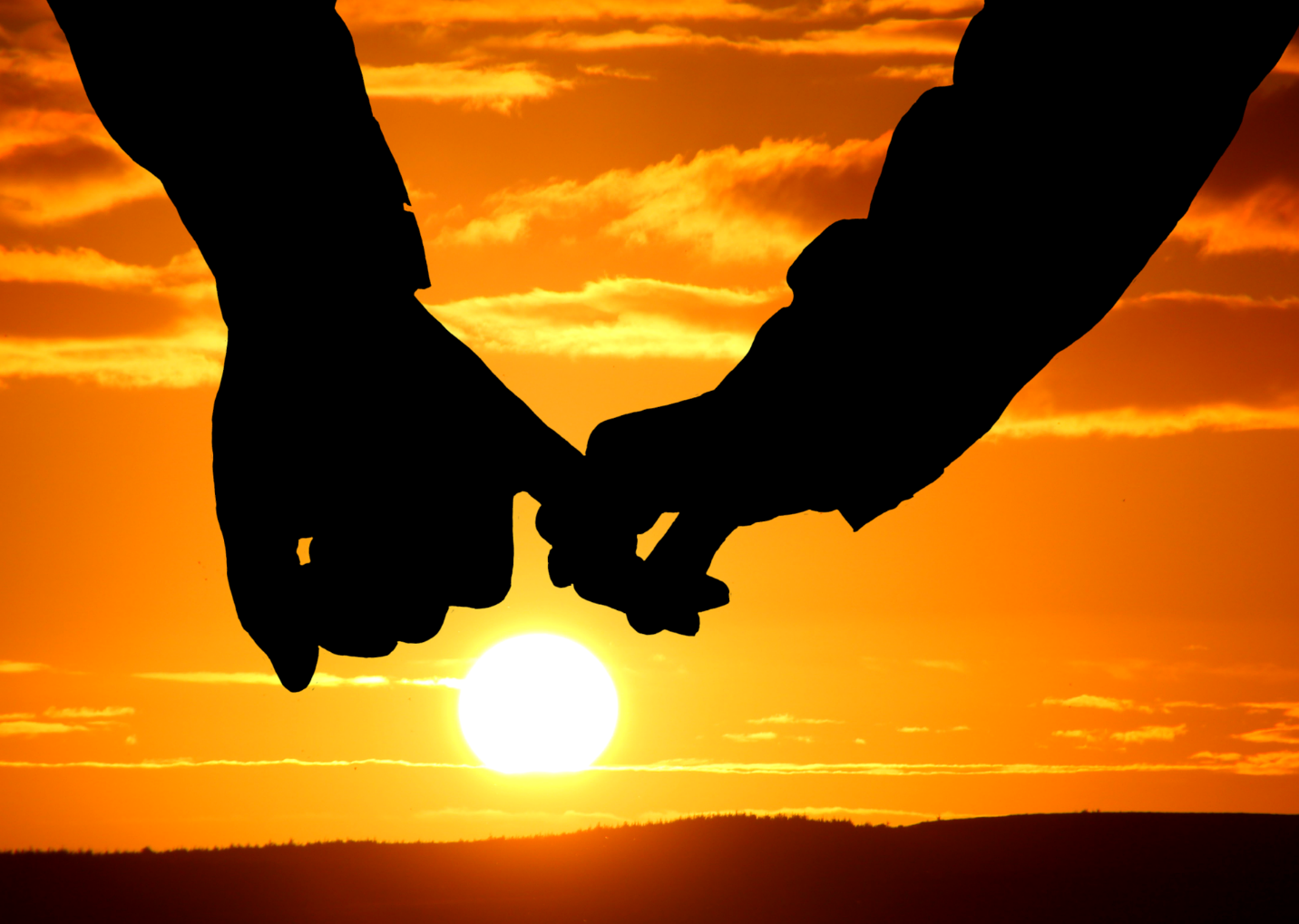 Leonard and Hazel Cherry had a habit of doing everything together – from doing household chores and gardening, to spending Sunday afternoons together, doing whatever they pleased. It was that fairy-tale romance every couple longs for.

Leonard made up his mind to sign up for Army Air Corps during World War-II to fight for his country. Hazel would often spend days longing for Leonard as he quickly was swept away for active duty.

Being Away On Duty 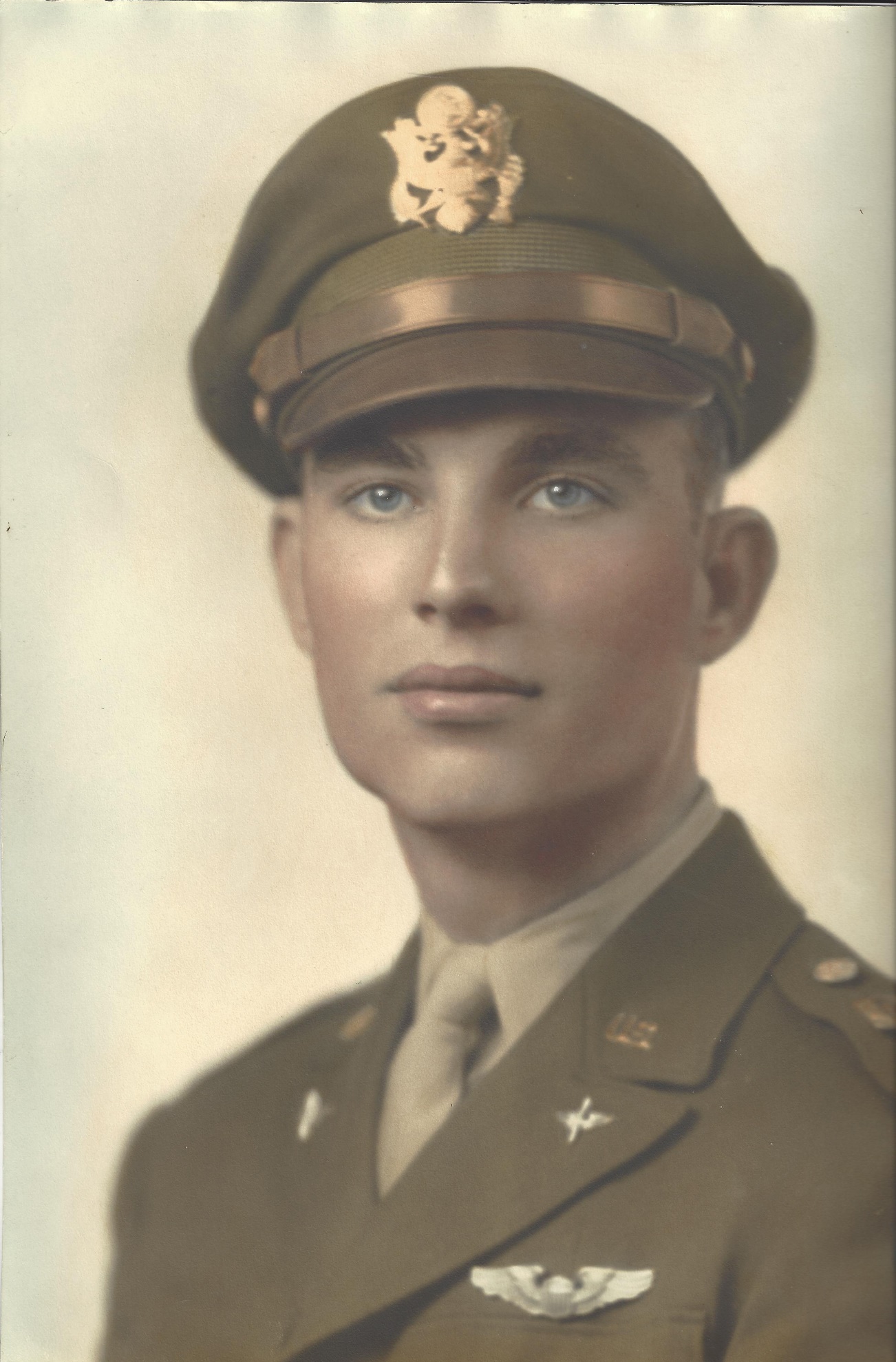 Leonard was stationed at Carswell Air Force Base in Fort Worth while Hazel stayed back at home. After months of separation, the couple would always be eager to make the best of the time they had together. Relishing each moment together now became a habit. In 1944, they were blessed with a baby boy. They called him David. But this family wouldn’t live in one place for long. 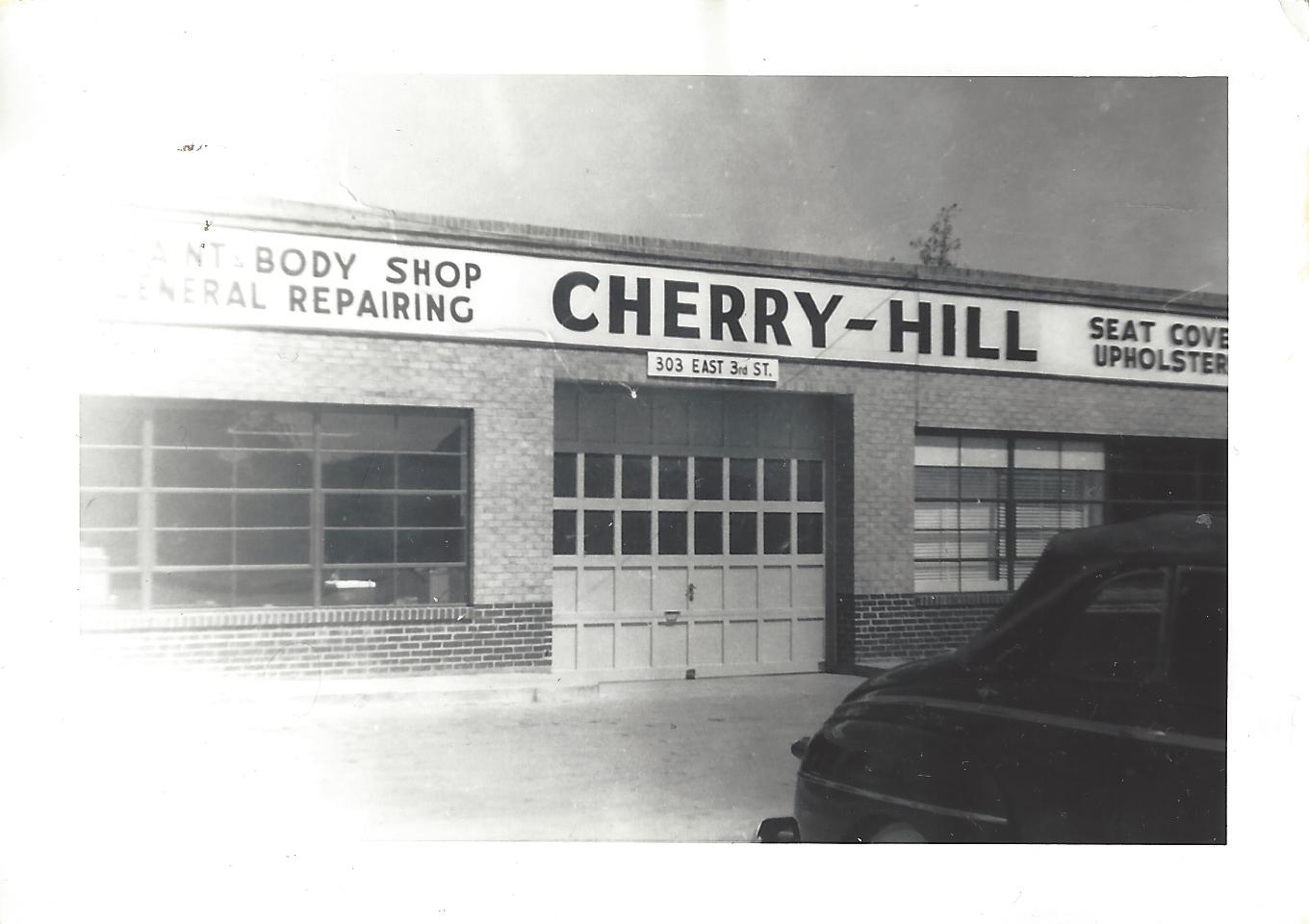 In order to look after their family better, Hazel and Leonard moved to Fort Worth, Texas for new opportunity. Having served in the Army, Leonard was good with auto mechanics, so the couple decided to start an auto business. The business soon became a huge success, and they were loving life. Their auto shop called Cherry Hill became a household name. But everything has an expiration date.

Moving To A Quieter Place 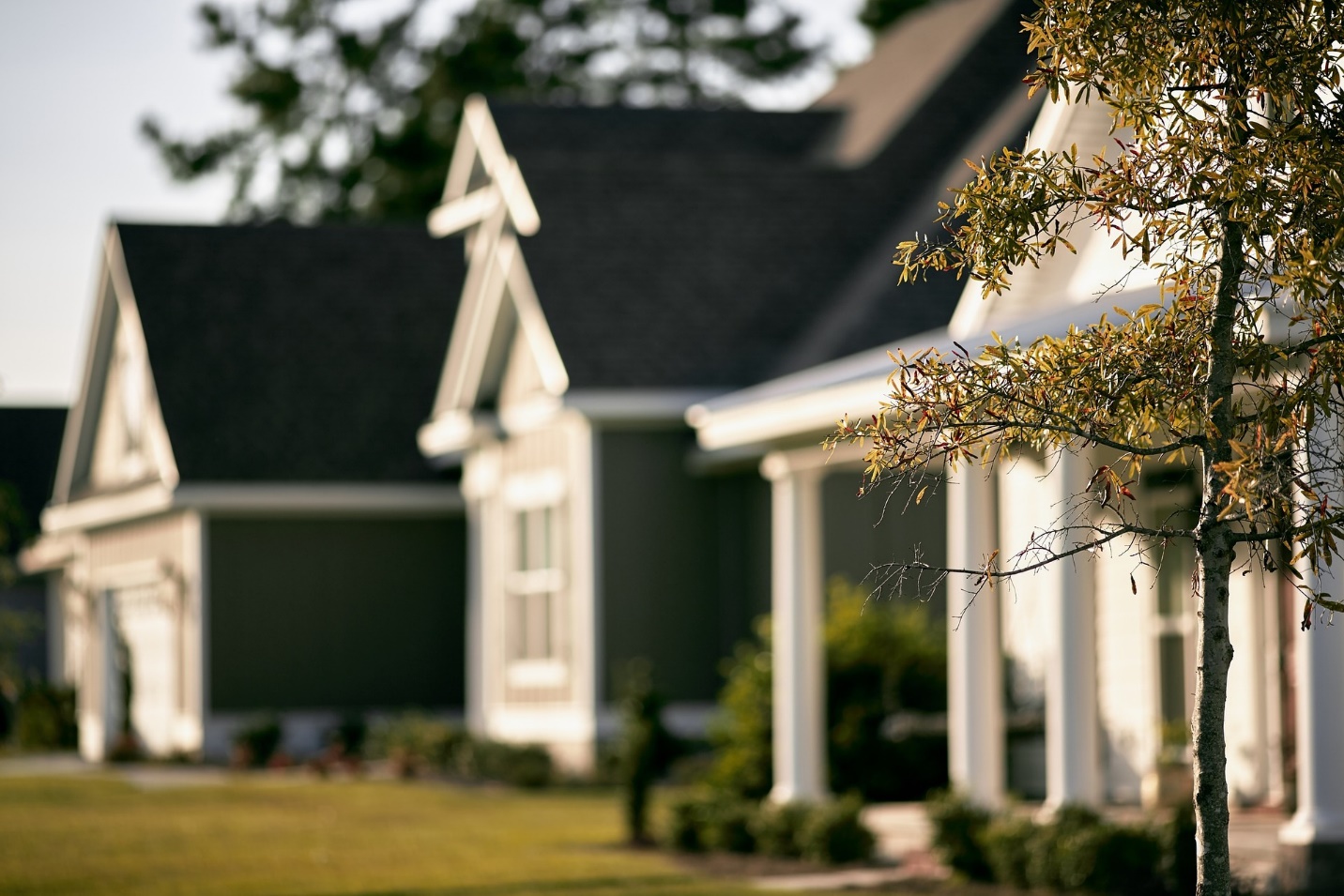 Time flew fast. David had grown up and wanted to start his own life. For that, he had to move out of the house. By that time, Leonard and Hazel had closed down their business. With David gone, they didn’t see a point in staying at Fort Worth and decided it was time for a new adventure. They soon decided to move to a quieter neighborhood in Texas – Woodway. They still had no clue what else life was to bring.

Doting On Their Grandchildren 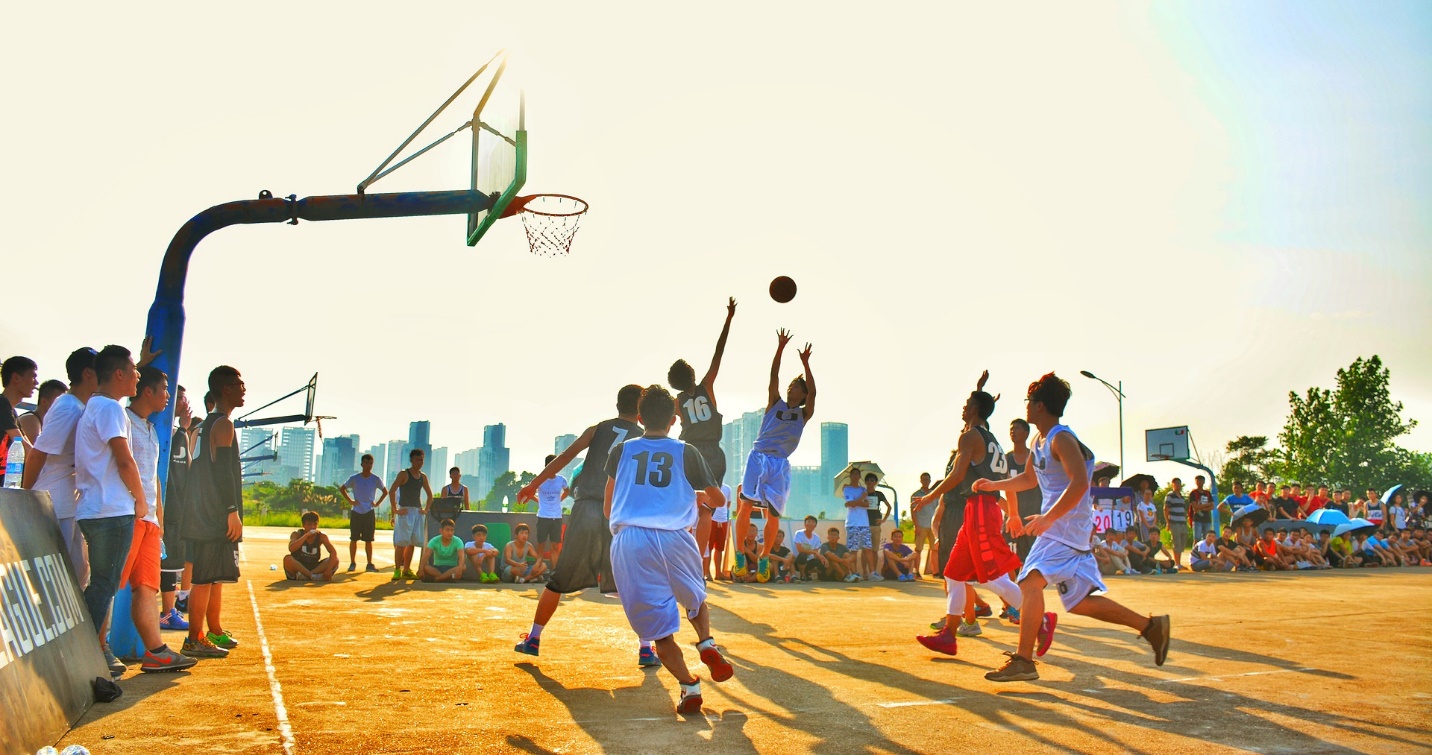 They stayed close enough to where David had settled down so they could spend some time with his family. They followed their old rule of relishing every minute with the family as they could. They became close to their grandchildren. Hazel and Leonard never missed their grandchildren’s basketball matches and were involved deeply in their upbringing. The grandchildren naturally developed a fondness for their grandparents. But the deeper you love, the more it hurts when it’s time to part. 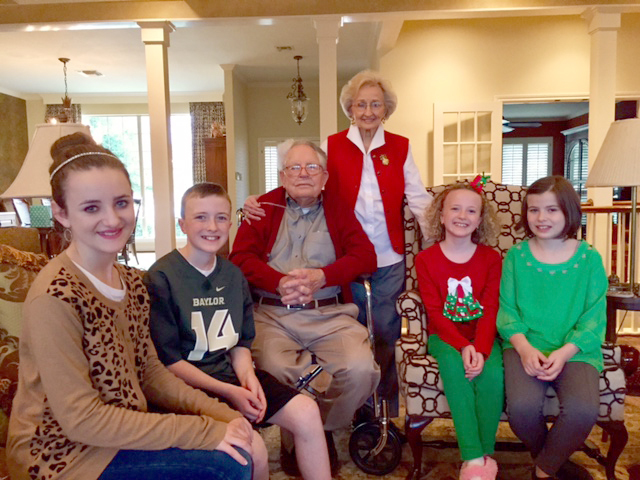 David recalls that his family was a perfect family and his parents were the perfect example of enduring love. He said that he never heard his parents raise their voices against each other. They were so compatible and “into” each other that it was hard to believe there could be a love like that between two people. David had now begun to see and feel that his parents had something special and unique. Everything seemed like bliss when all of a sudden they were hit with horrible news. 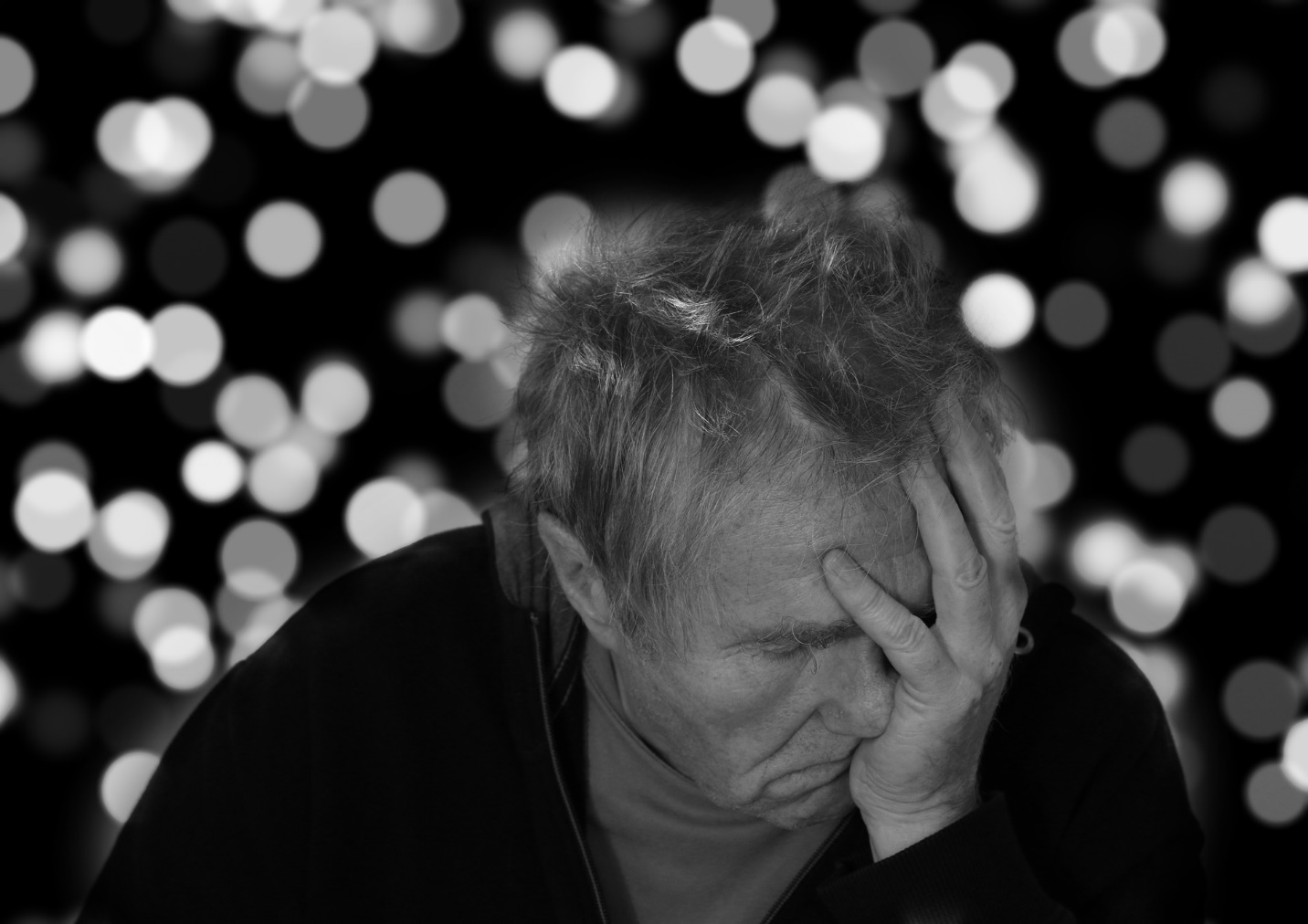 For a very long time, David was happy basking in the presence of his parents around his children. Several Christmases later, however, bad news hit the family and It changed everything. Leonard was diagnosed with dementia. David, his wife, and his four children were terribly distraught. They knew dementia was incurable and often hard on the families as their loved ones start to forget. They also knew Hazel would be devastated, and they didn’t know what to do.

Never Leaving His Side 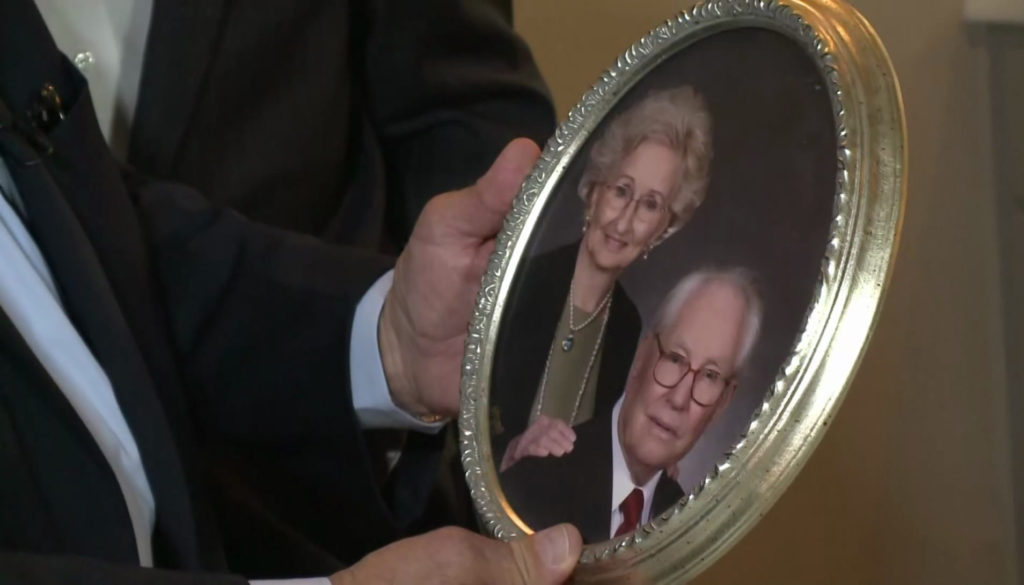 But unlike what most people expected, Hazel took it upon herself to deal with the tragedy in good spirits. She learnt about dementia’s effects such as memory loss, emotional instability, speech difficulty and the decrease in the ability to do everyday tasks. She knew that Leonard was having a rough time because he would suddenly lose his memory for large gaps of time. But how long could she go on like this?

Separated For The First Time 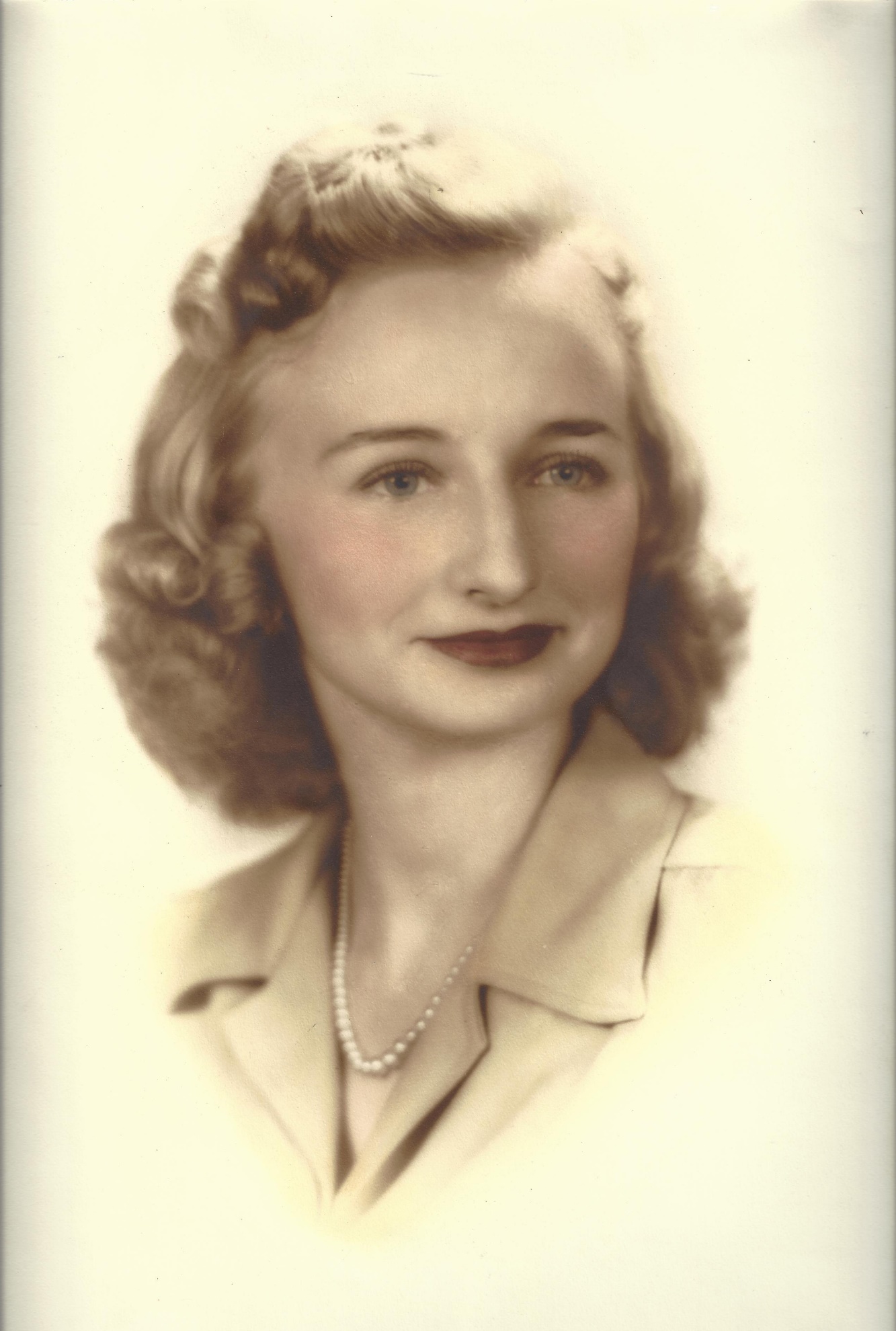 Hazel tended to Leonard, trying her best to be around him at all times. But gradually the environment in her family was changing. The children couldn’t believe it was the same grandfather they had known. The family was finding it increasingly hard to cope with the illness. It broke Hazel’s heart when they had to shift Leonard to a care home where nurses would be available 24 hours for his help. She promised to meet him every day during his stay there. It was the first time in a very long time that the two were to live separately. How could they bear it? 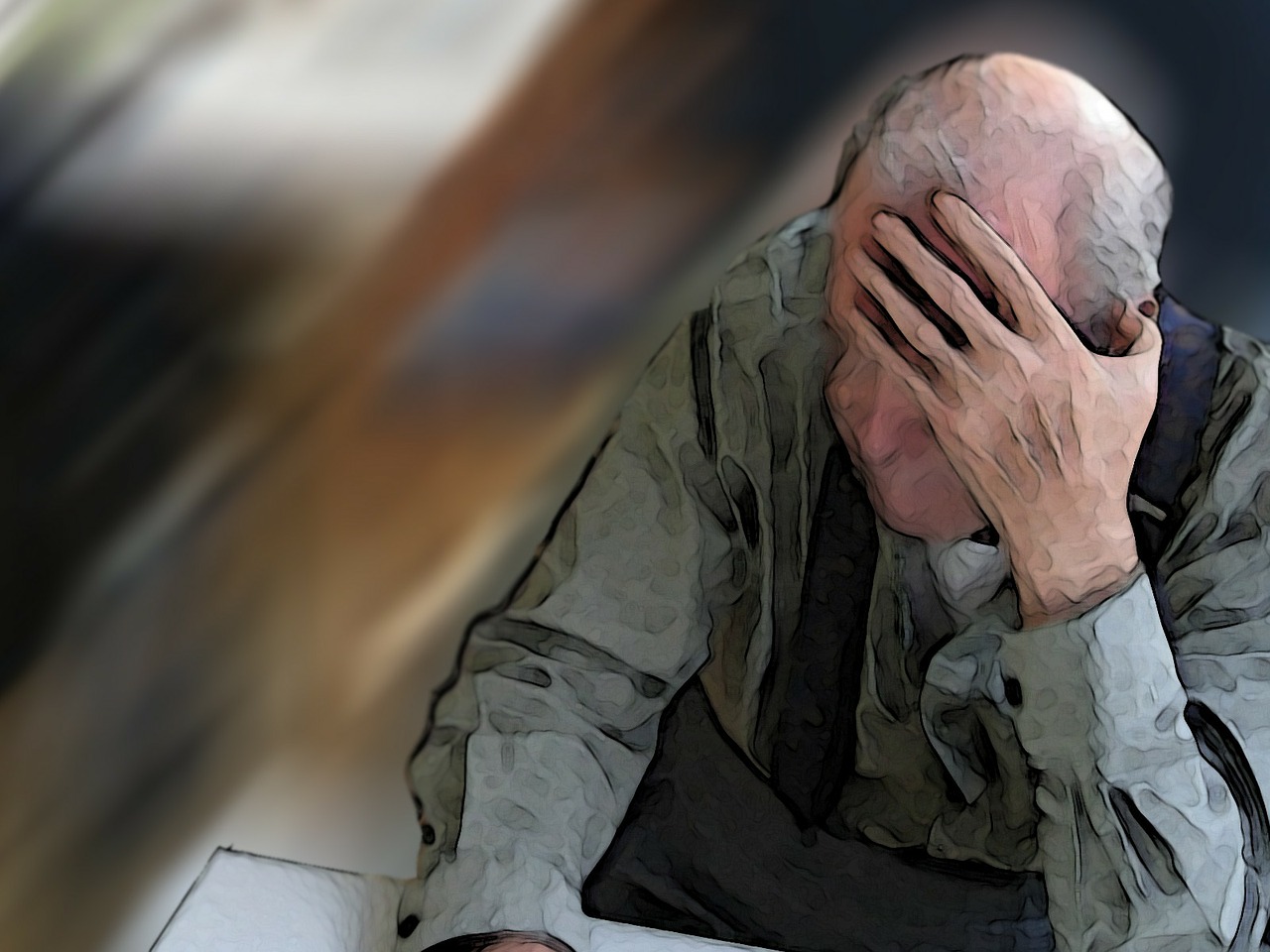 Apart from spending several hours of the day with him, Hazel talked to doctors and nurses and found out as much as she could about the disease. She learned that his condition would only worsen. She then decided to move in the same building as Leonard so she could be closer to him. But will Leonard remember her kindness, her love? Or would Hazel be heartbroken again and again? There was a slim chance he would.

Clinging On To Her Partner 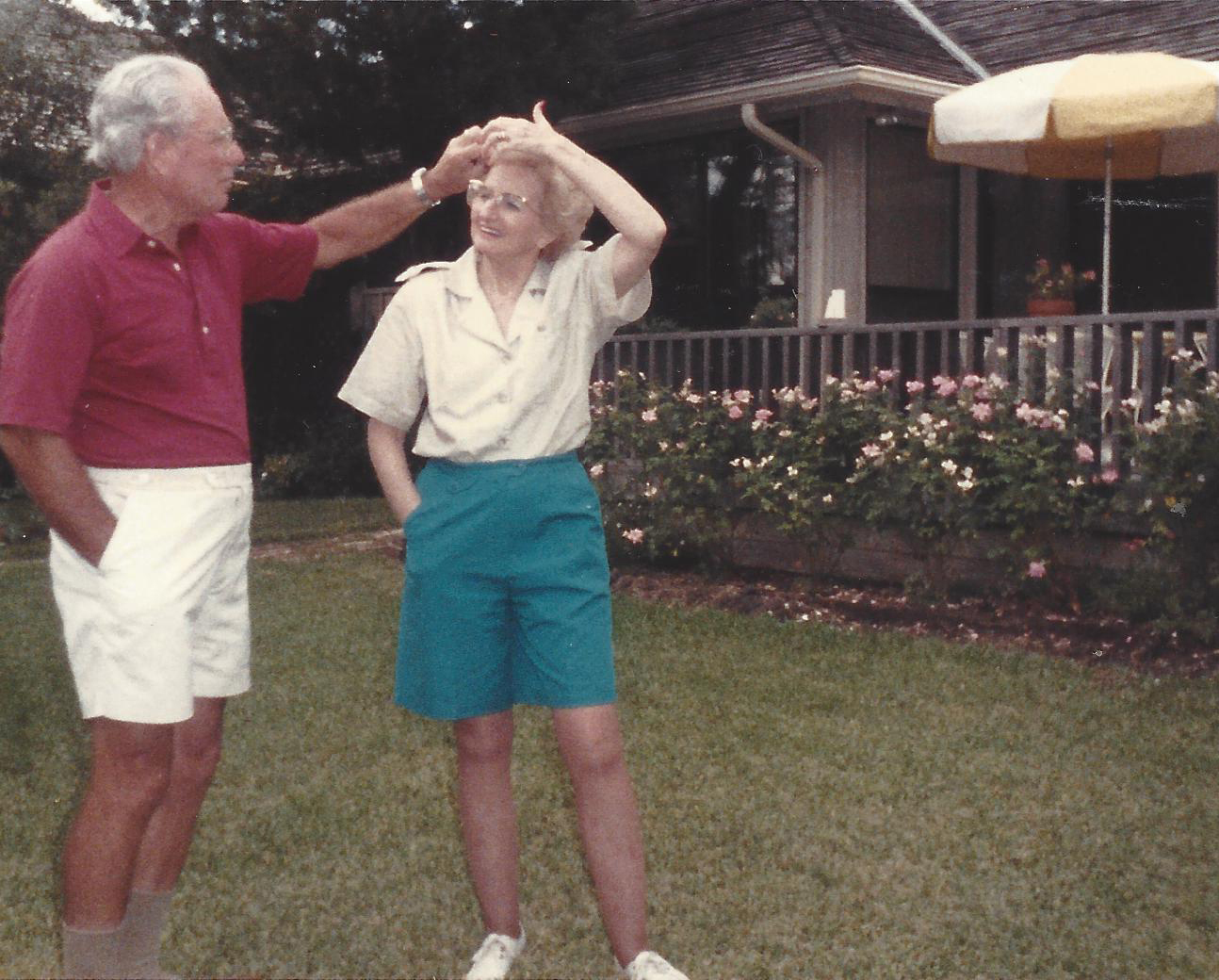 David was now more worried about his mother than ever before. He had lost his father, in a way, to dementia a long time ago. He wasn’t ready to lose his mother. He urged Hazel to also think about her own life and health. But for Hazel, the priorities were quite sorted. She would eat lunch with Leonard, go out for walks with him when he was healthier, talk to him as much as she could and helped him remember the old time. But for Leonard, the memory of their love, their togetherness was only a haze. 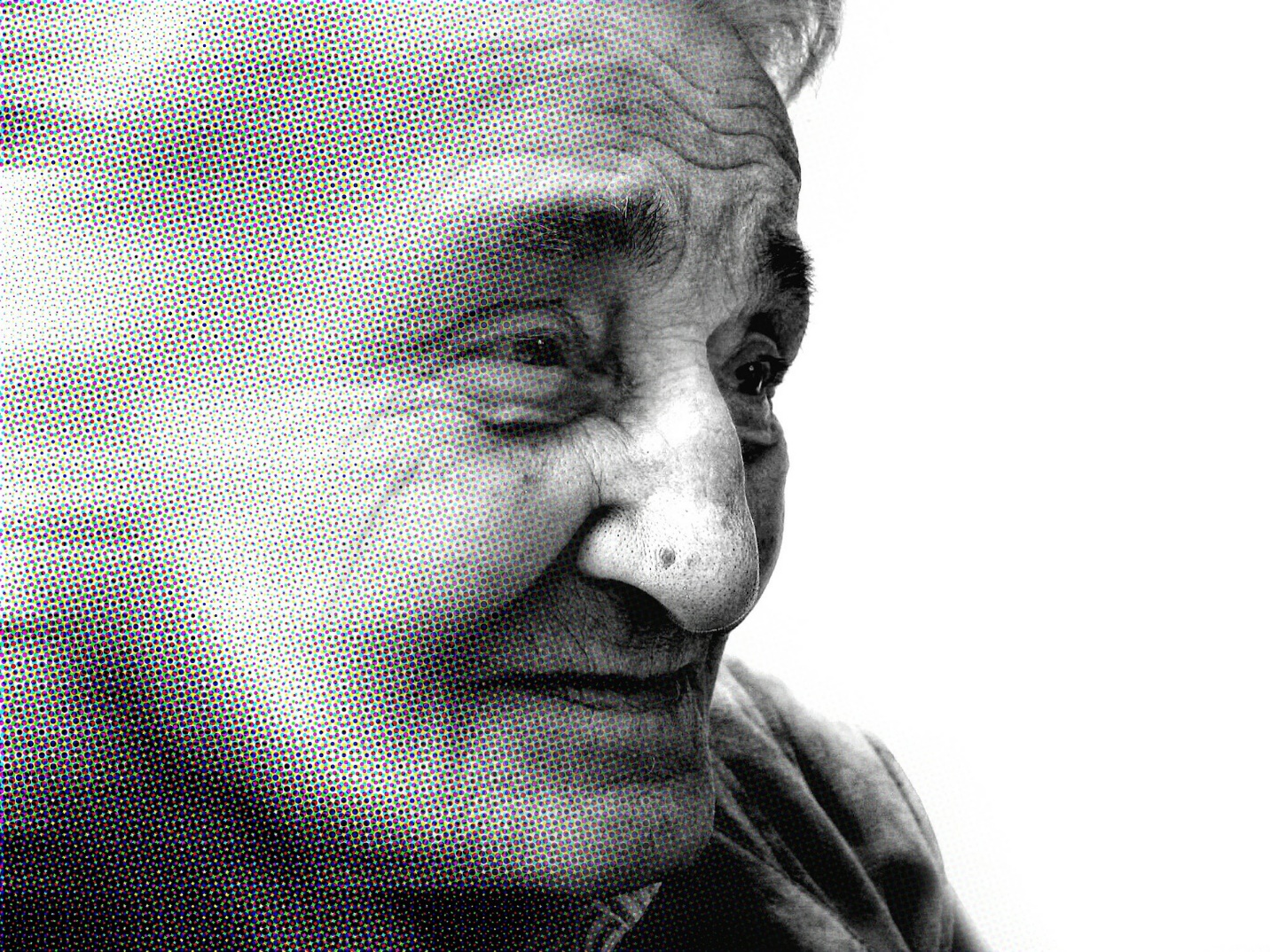 This was both physically and emotionally draining for Hazel. Leonard would forget that he had lunch with her the previous day. Sometimes he would shout at her and ask her what she was doing in his room. Hazel’s health also started to deteriorate from all the emotional heartache. Now Leonard was 95 and Hazel was 93 and the whole family worried for them. Hazel continued her visits despite her own weakness and would refuse to miss a single day. She would soon know that all this had a completely different meaning. 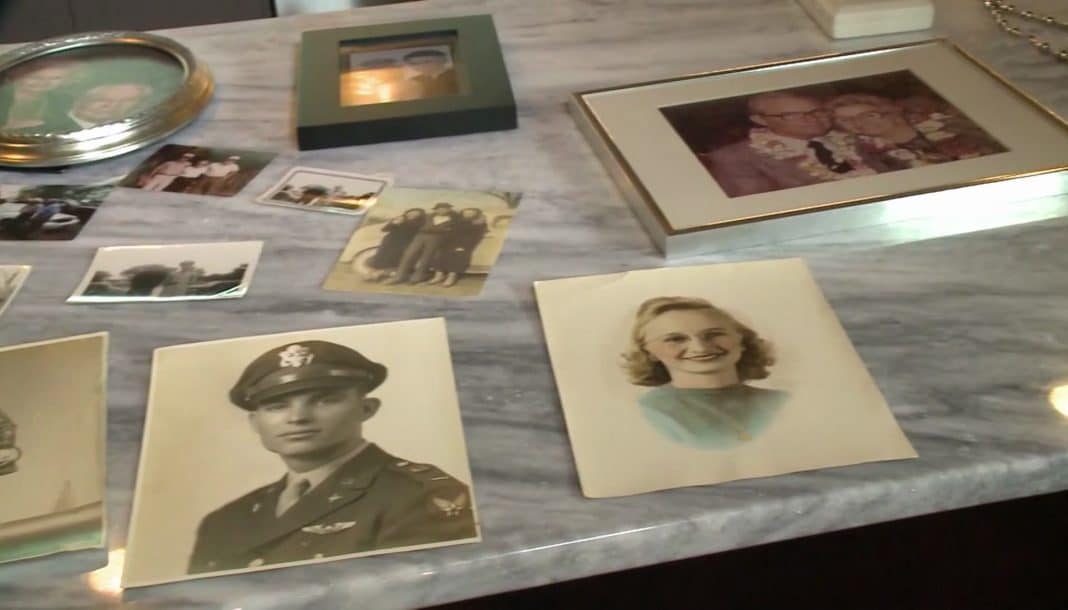 In October 2016, Hazel was talking to her granddaughter, when suddenly she smiled and closed her eyes. She had passed away. While David and his family were still dealing with the shock, they had to carry out a tougher responsibility – breaking the news to his Dad. David couldn’t get himself to talk to his father who hardly even recognized him these days. But there was something he didn’t know. 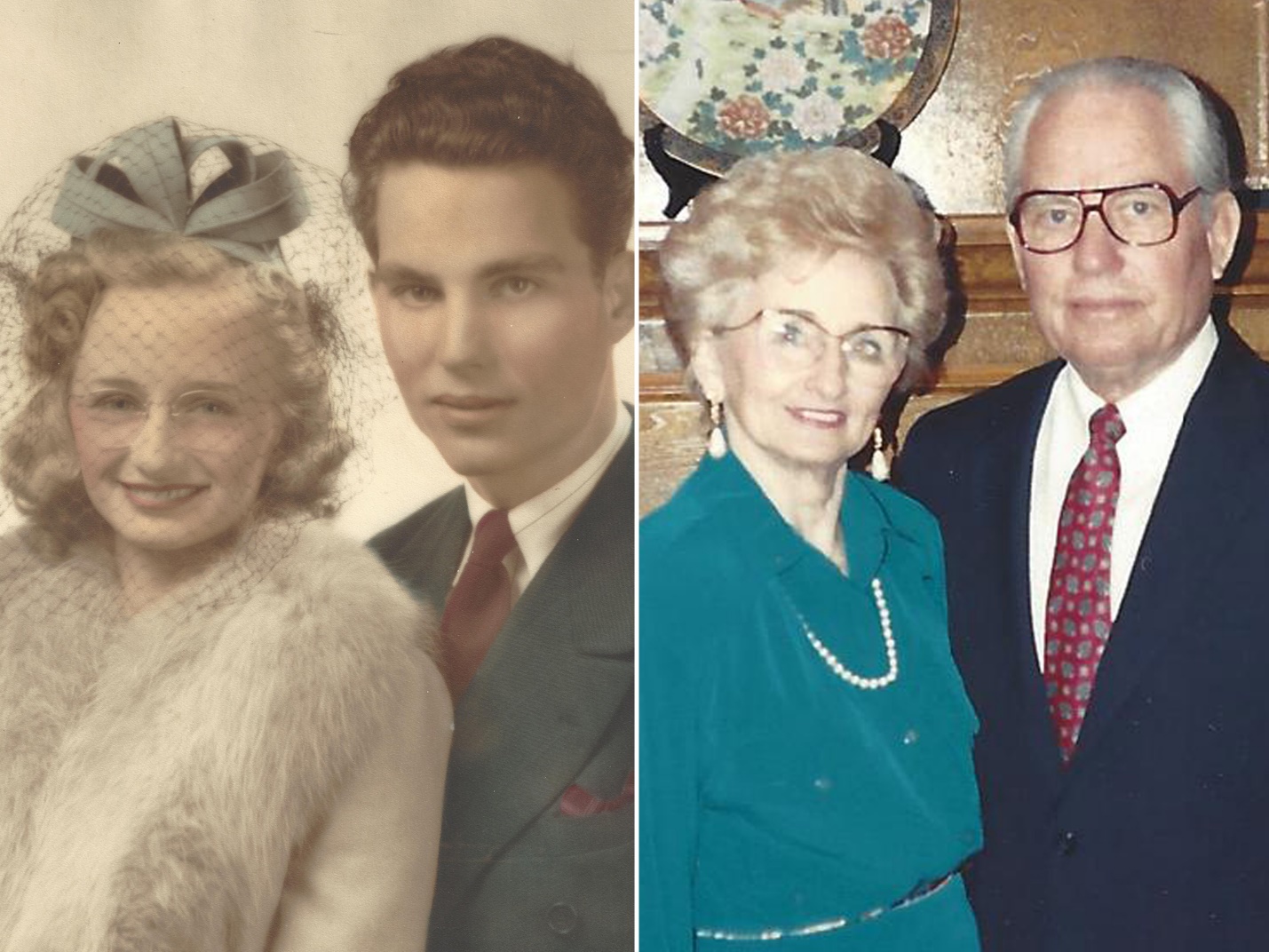 David mustered the courage to first call Leonard’s care home so he could come over and tell his father. Before he could tell the caretaker, she told him that Leonard had been uneasy since the morning. It was almost as if he knew she had passed away although no one had informed him. She informed David that soon after they noticed his uneasiness, Leonard had passed away. David couldn’t believe this. Leonard had passed just hours after Hazel had died. How was this possible? 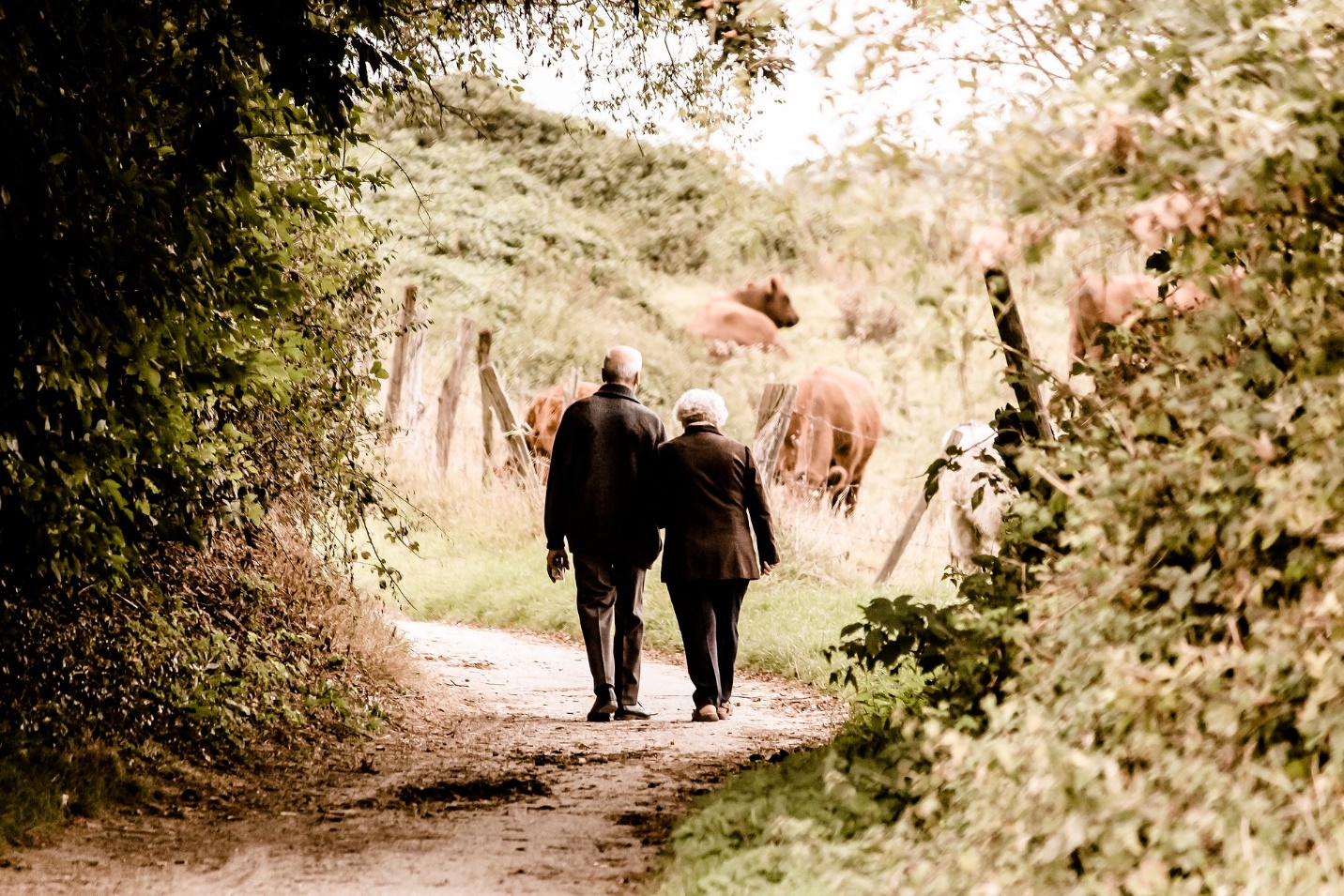 David shared later with the media: “I’m not sure how it worked, but he knew what happened. He had a connection. He could feel it.” He recognized the hand of God in this beautiful co-incidence and in the incredible love of his parents. It was a fact that Leonard and Hazel died on the same day and had clearly felt a connection. David recalled their old habit of always being together, always helping each other out. All those small gestures of love had played out, even until the very end. 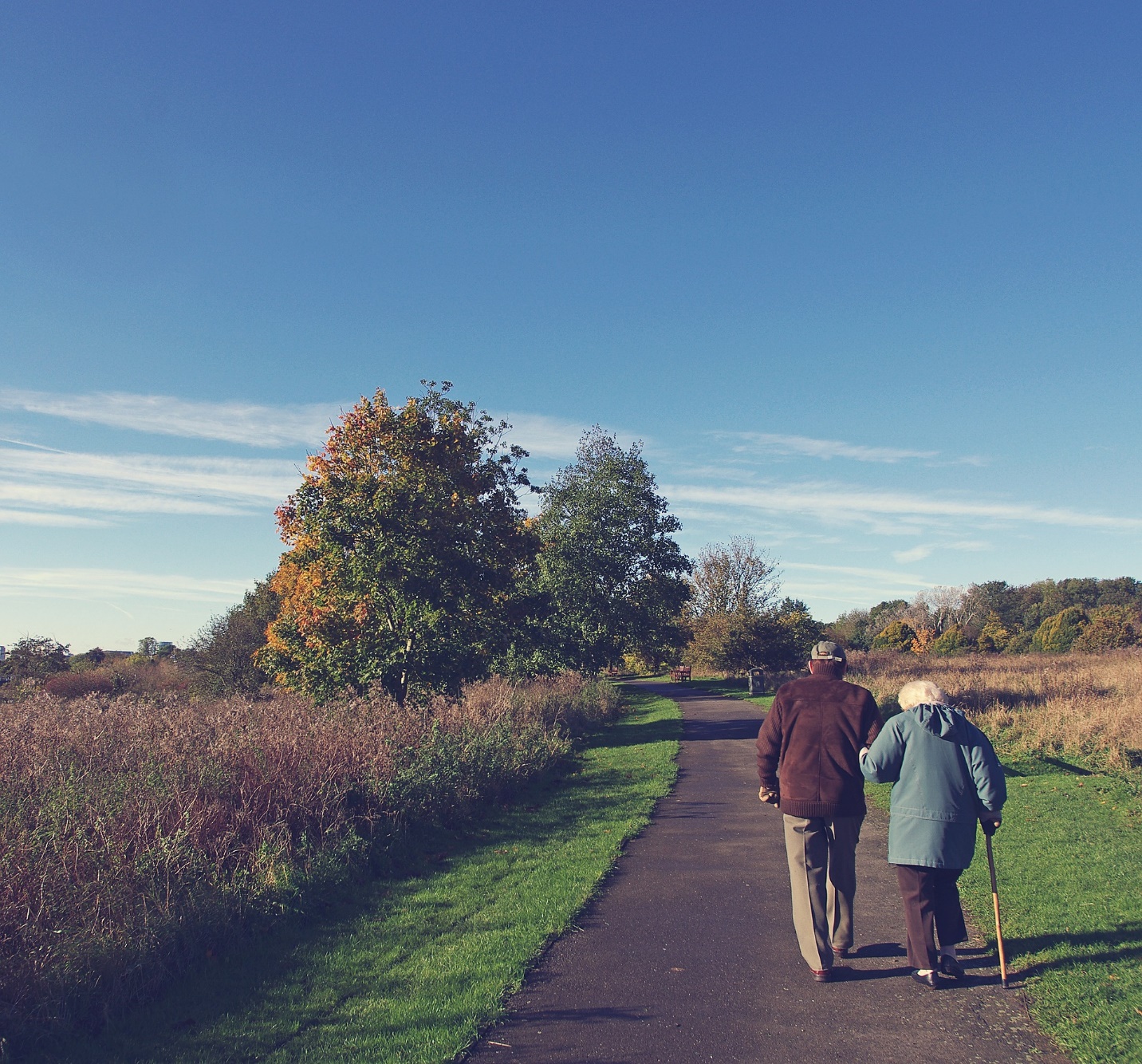 All their lives, Leonard and Hazel had emphasized on staying physically together. They made the most of their time, doing things together including visiting their grandchildren’s baseball matches. Hazel made sure that this continued even after Leonard’s illness. They had been together for 70 years. Are they united in heaven?

It Was Never Meant To Be Broken 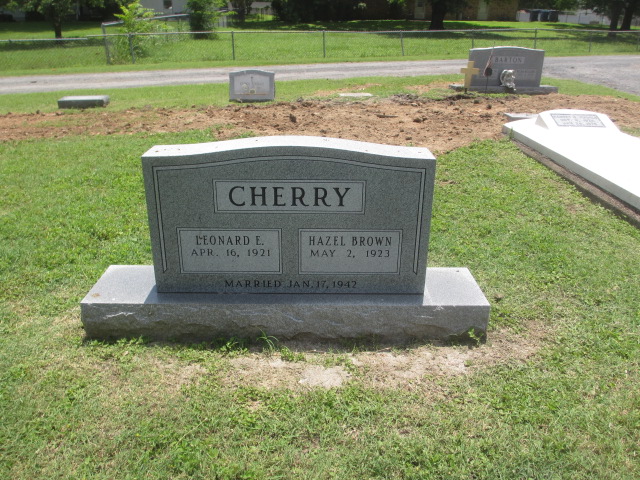 Despite his physical illness and memory loss, Leonard never stopped having a strong bond with his wife. He had never been apart from her and even in death, he followed her. On one hand, David was distraught on losing both his parents on the same day. But later he realized that the way they had passed away, saved them both a lot of pain, and it was fate. They passed away together because they couldn’t imagine their life without each other, that’s true love.