Bullying is a horrible thing that affects millions of kids in school. According to Stop Bullying, 1 in 4 students will be bullied by another student, and 160,000 kids miss school out of fear of being bullying. This is a real prevalent problem in our society, and can have a traumatic impact on a child’s mental health they can carry with them into adulthood. One parent had enough of it and went viral when her son made a heartbreaking confession.

A resident of Garden City, New York, Deirdre and her husband Keith are the proud parents of five children: Darby, Liam, Jacinta, Muireann and Jonjo. Liam started seventh grade at Garden City Middle School and showed a real passion for one sport in particular. 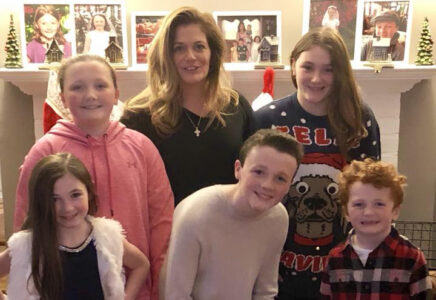 Deidre Fell-’O’Brien is a an Irish-American living in Garden City, New York. She and husband Keith have 5 children: Darby, Jonjo, Liam, Jacinta, and Muireann. Their family life was a normal one full of birthday parties, family outings, and attending the kids’ games.

Liam began 7th grade at Garden Middle School and was quickly falling in love with the game of soccer. He ate like any other student and practiced hard, eventually learning a spot on the school team. Everything seemed to going well for the Fell-’O’Brien family.

Things started to change in Liam. His mom noticed that he clearly had something troubling him, but that wasn’t the only change. While Liam previously was excited to be with his friends riding bikes and doing other activities, he had no interest now it seemed. 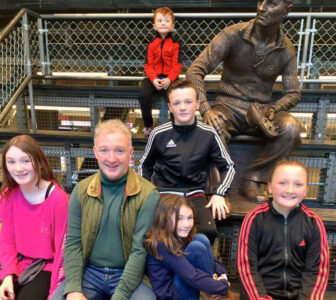 Deidre said that the first sign was when he gave her his cell phone and told her he didn’t want it anymore. Any parent  knows how much teens and tweens love their cell phones. They can spend hours texting friends, listening to music, and watching video clips. But Liam didn’t want his. Why?

Speaking to health website The Well, Deidre said that she assumed maybe Liam was just dealing with hormones. She tossed the phone in a drawer and figured he would eventually ask for it later.  But that wasn’t the only indication with Liam was upset.

Deidre noticed that Liam had begun leaving his bike in the garage instead of going on rides with his friends. He wasn’t carrying his soccer ball around like he used to, and he clearly didn’t want to eat. She observed he was just pushing food around on his plate. 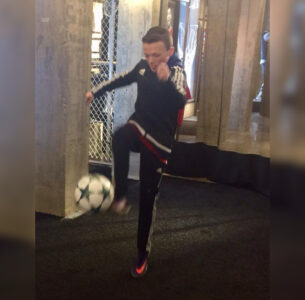 Why was Liam so uninterested in the things he once loved? Deirdre was worried and determined to find out what was wrong. One of the more shocking things was that Liam barely touched the food during his own birthday dinner.

Deidre’s questions to Liam went unanswered for a period. He was closed off and unresponsive, she noted, and losing weight rapidly. Finally, when he expressed a desire to stay home from school, she pushed him for the reason why. And what he said shocked her.

Opening up, Liam admitted what had changed. Tears streamed down both of their faces as they discussed what was happening at school. Liam was being bullied viciously by a group of other students. 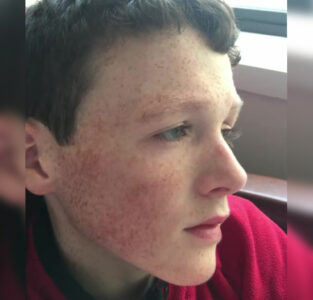 Deidre learned that the students thought “Liam sucked’ and didn’t deserve to be on the soccer team. They were physically violent, hitting and pushing Liam. No wonder he didn’t want to go to school, he was being put through pure h***.

Liam said that the students told him he should kill himself, and Desire asked how often this went on. She was shocked out it was every day, and that Liam had been suffering for a long time. “i  was seething with rage,” she wrote on The Well.

Liam was dropping weight at an alarming weight and while Deidre was angry, she knew she needed to take action. Liam needed help and fast. Everything had happened quickly and was time to help him heal. They went to the hospital. 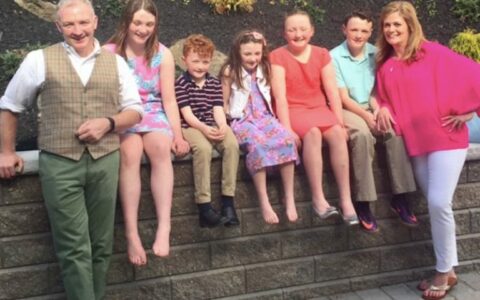 Once at the hospital, Liam was given a feeding tube and had his heart monitored for any damage from the malnutrition he had suffered. He also underwent therapy for depression and an eating disorder. Deidre was scared but glad that he was were he could get help.

Deidre said that she felt like a failure that Liam was suffering right before her eyes. She had to focus on her family and her job, however and couldn’t beat herself up too much. The good news was that Liam was getting help. But what about the bullies?

She decided that she couldn’t let the situation go by unnoticed and she also wanted to share their story so other parents could learn from it. Deidre wrote a post on social media, saying that her son had been hospitalized for 5 weeks instead of playing soccer and hanging out with his friends. She was surprised at how quickly her post went viral.

Other parents read the post and shared their own experiences with a bullied child. They said their children had gone through depression and some had even committed suicide. Deidre hated to read that so many children had suffered but she was glad that the parents could see they weren’t alone. Deidre spent hours researching mental health online and tips and tricks she could pass on to her son. BetterHelp is one resource that makes professional counseling accessible, affordable, convenient – so anyone who struggles with life’s challenges can get help, anytime, anywhere. 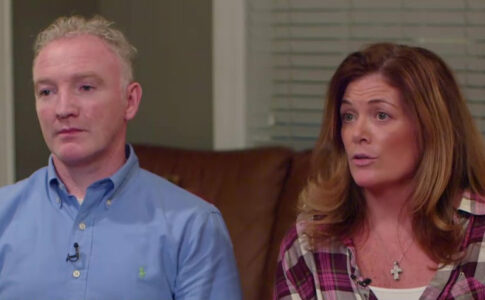 Deidre’s post also shared about how the school failed to find any evidence of bullying, with the accused’s parents saying that “Liam might be sensitive.” She was shocked at the response of the school but focused her attention on Liam’s treatment. 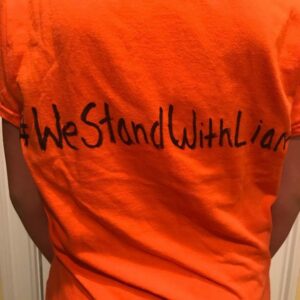 Liam had allies online and in his own community, Deidre was proud to say. As the post went viral, other schools and even businesses said they stood with Liam. A hashtag was formed: #WeStandwithLiam and even went viral, appearing in Times Square. She said that the post going viral was likely part of saving his life.

Liam completed his treatment successfully and asked his mom if he could return to school after 10 long weeks. To her surprise, he went back to the same school and even finished out his soccer season. Deidre said that he “walked through the doors confidently” and everyday works more on his confidence.