Many women feel pressure to get back into shape after having a baby, and celebrities are no different. Society needs to get a reality check and realize it’s insane to expect a new mom to get her pre-baby body back when she has a little creature to raise. Not to mention, it is absolutely amazing what the body can do during pregnancy–the woman is literally creating a life.

Although it’s important to maintain a healthy lifestyle to see your children grow up, it’s not always easy to get back to feeling like you’re yourself again. Somehow, someway, the next fifteen women have bounced back so well that we thought we’d share their secrets in case you need some motivation! These women are all body-positive, meaning they embrace loving and accepting your body for what it can do for you, not just what it looks like–they all believe in health over appearance and have embraced the changes in their bodies after giving birth.

No one says getting in shape is easy, but it doesn’t have to be hard, it just takes a little dedication and determination. Having a baby also changes you mentally. Knowing the workouts and eating patterns of some of Hollywood’s most fit women can’t hurt right? There’s definitely something on this list that will help you on your health journey, and you might even notice a pattern in their advice… 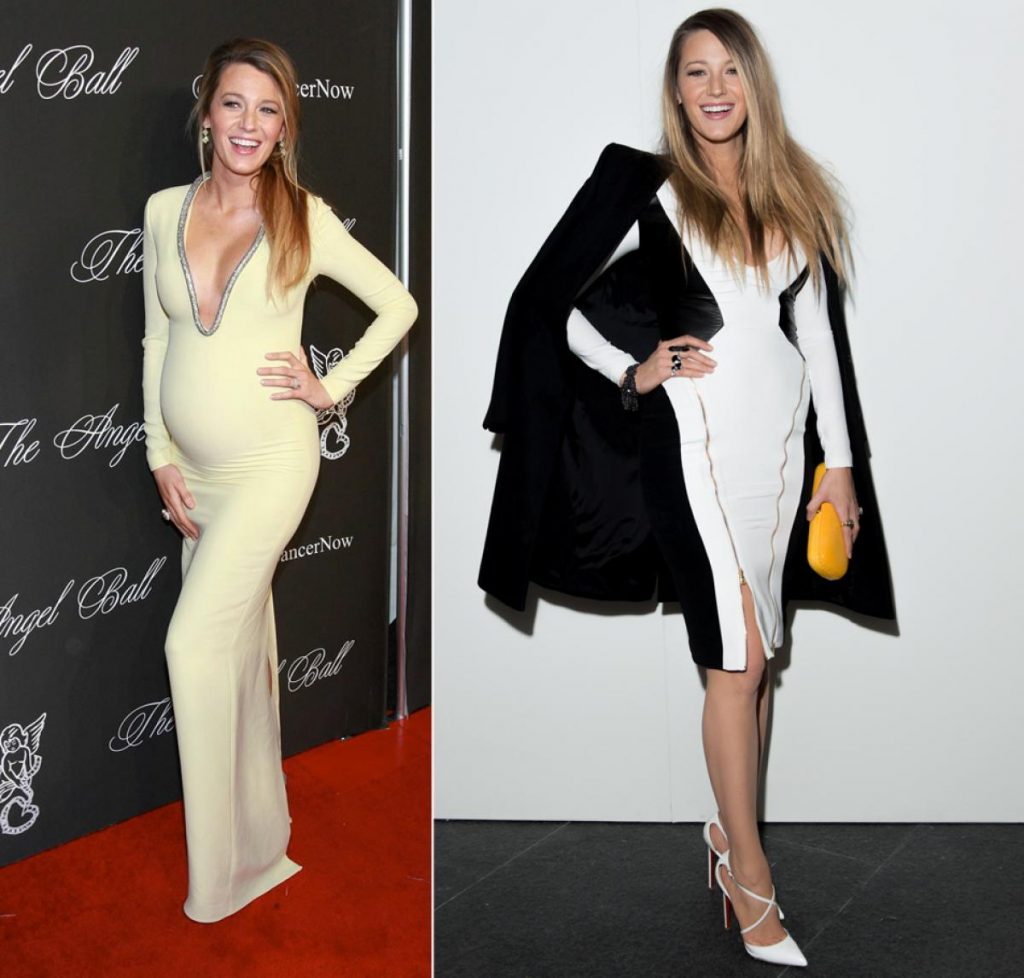 You may know Blake Lively from her starring role in the CW’s Gossip Girl’s, which aired from 2007-2012, or because she is half of one of Hollywood’s hottest couples, but either way she is widely recognized for her killer bod and incredible fashion. The young mom of two always steals the attention of everyone on the red carpet, pregnant or not. The 28-year-old actress says she keeps her physique by avoiding all processed foods and stays active–she makes it sound so easy. 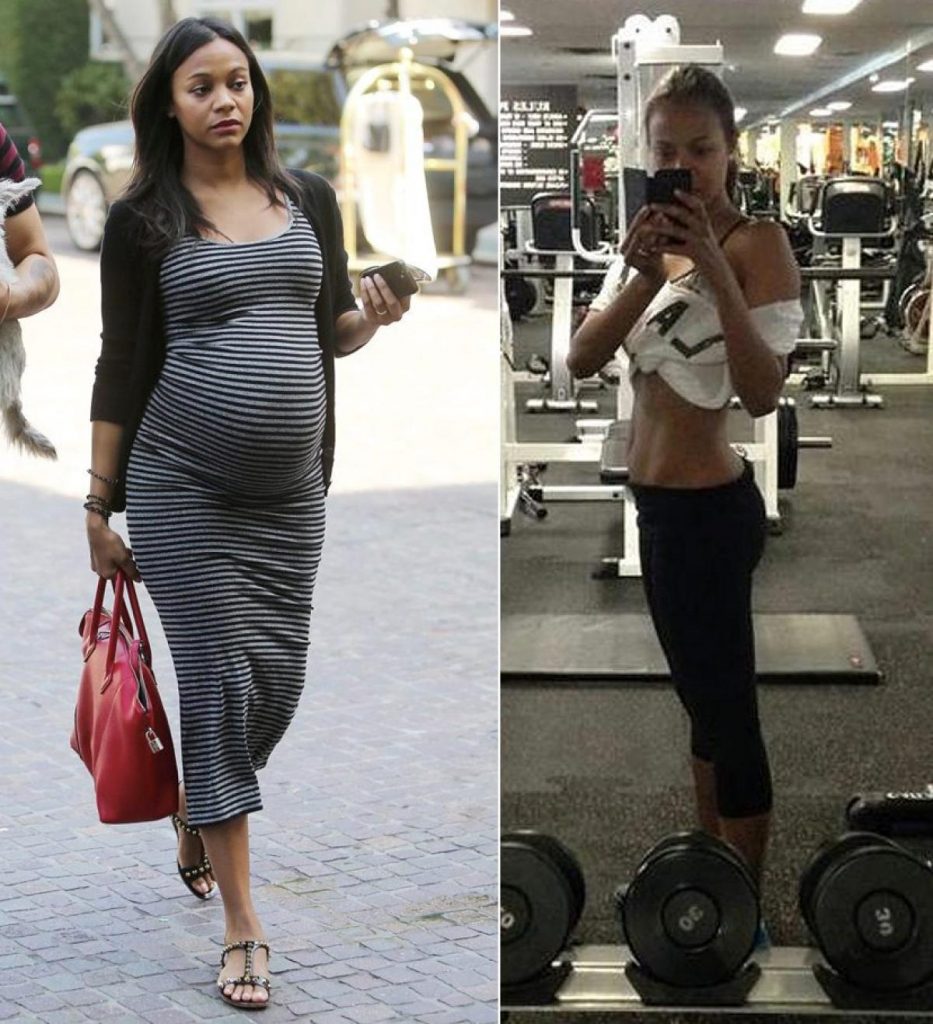 Zoe Saldana has been on the Hollywood movie scene for quite some time, most recently known for her role in Guardians Of The Galaxy. The petite mom of two just recently gave birth to twin boys on November 27th, and already has her pre-baby body back. Her trainer revealed that her routine consists of pilates and strength training, combined with healthy organic eating. Saldana took some of her favorite Latin dishes and gave them a healthy make-over and when combined with determination, the 37-year-old is looking better than ever. 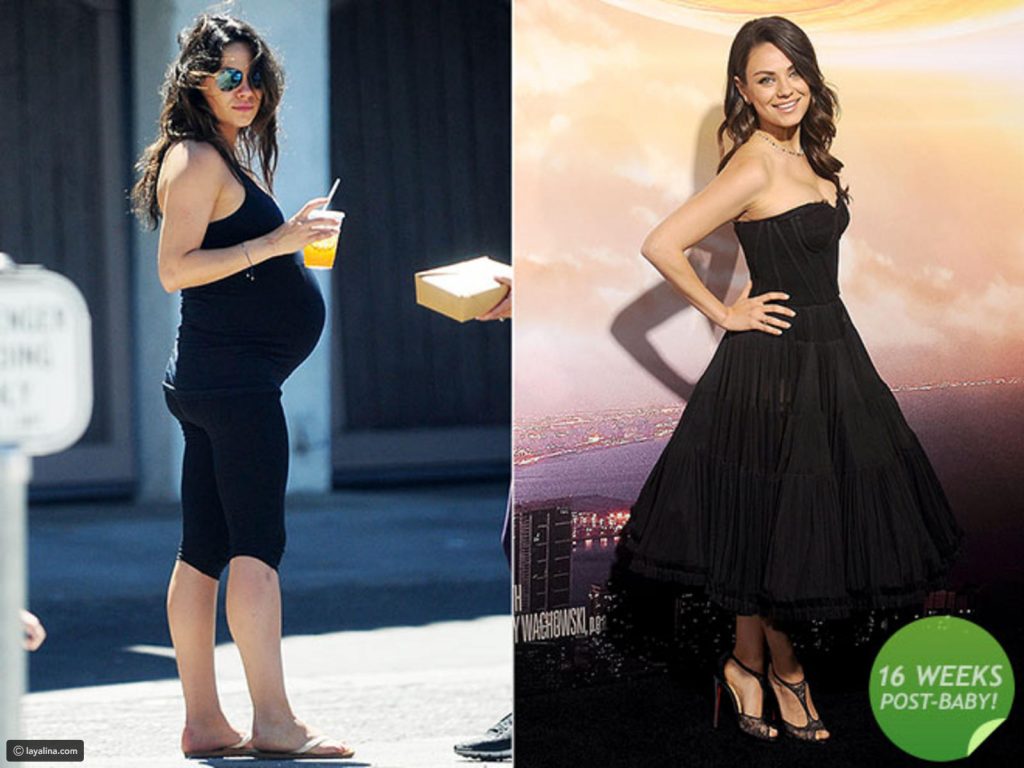 The adorable Mila Kunis sports her sexy pre-baby body just four months after the birth of her second child. The star is known for her debut on That 70’s Show and more recently the comedy Ted, as well as her charming personality and dazzling physique. When asked what her secret was to getting back in shape so fast, she replied “breast feeding’s a great workout”, according to E News. Why is it that every celebrity just happens to look fabulous right after giving birth?! 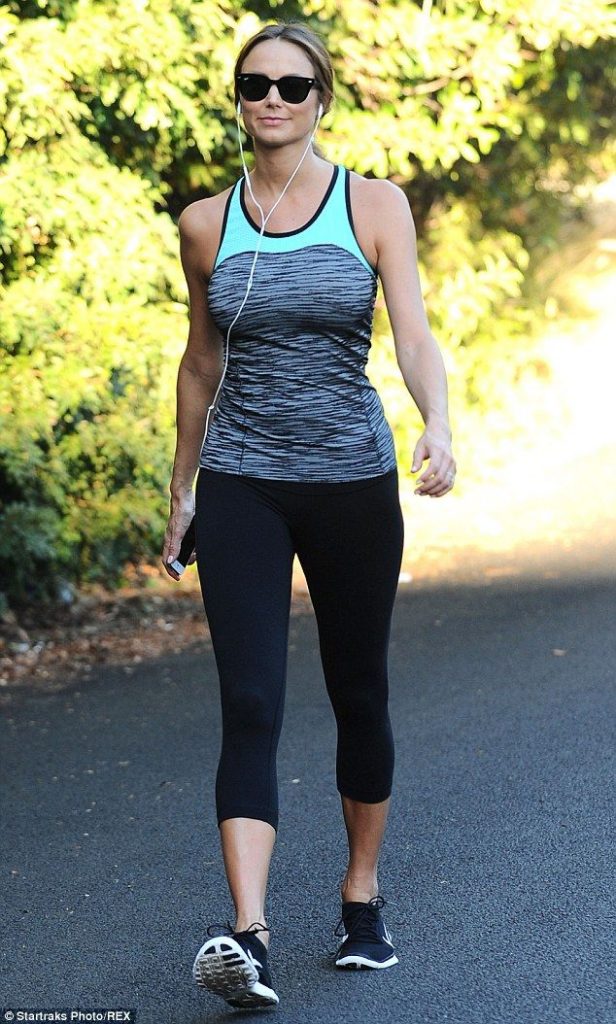 If you’re into WWE or have seen Stacy Keibler on WWE’s TV show Divas, then you know the young mom had the most bangin’ pre-baby body so it’s not a huge shock that she bounced back. What’s really interesting is that she got down to her original weight and physique only three months after giving birth. The active actress and wrestling champ say’s it’s due to keeping active with Pilates, hiking, running, eating healthy, and breastfeeding. She is living proof that if you treat your body well before having a baby, it’s easier to get back in shape afterwards. 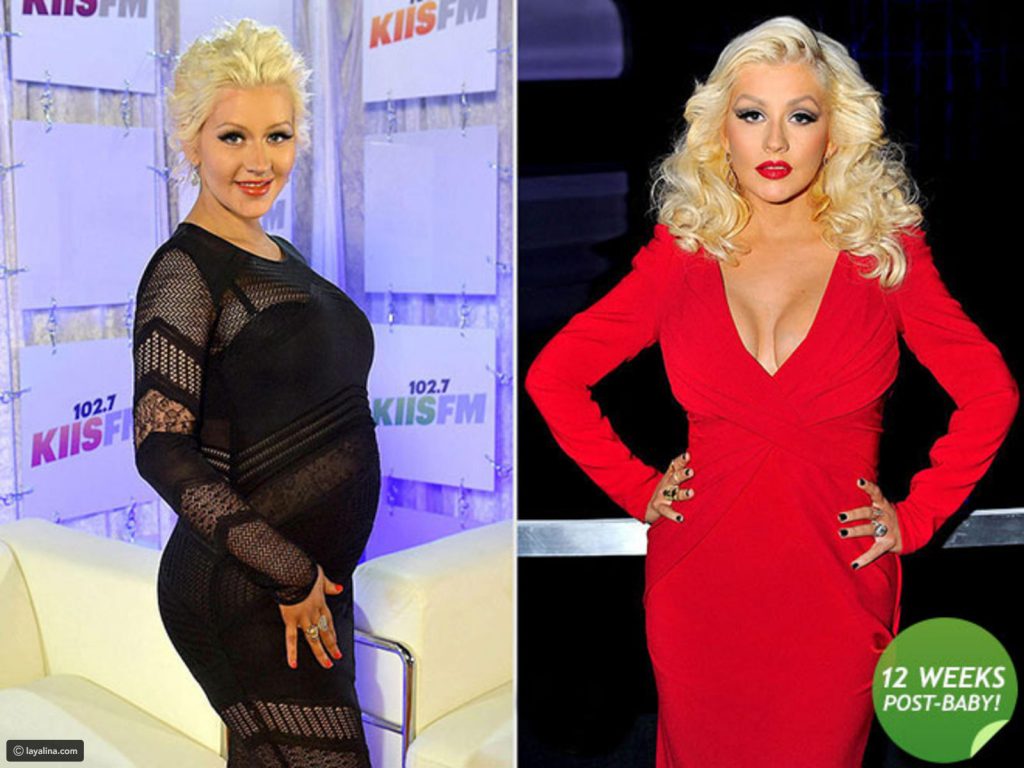 Just 12 weeks after Aguilera gave birth to her second child, daughter Rain Rutler, she dazzled the red carpet in this tight, body-hugging red dress. The most inspiring part of her snap back isn’t how amazing she looks (although it’s hard not to notice!) is her willingness to fully embrace her body at every stage–her words not ours! The talented singer and actress inspires women all over the place to remember how beautiful they truly are. 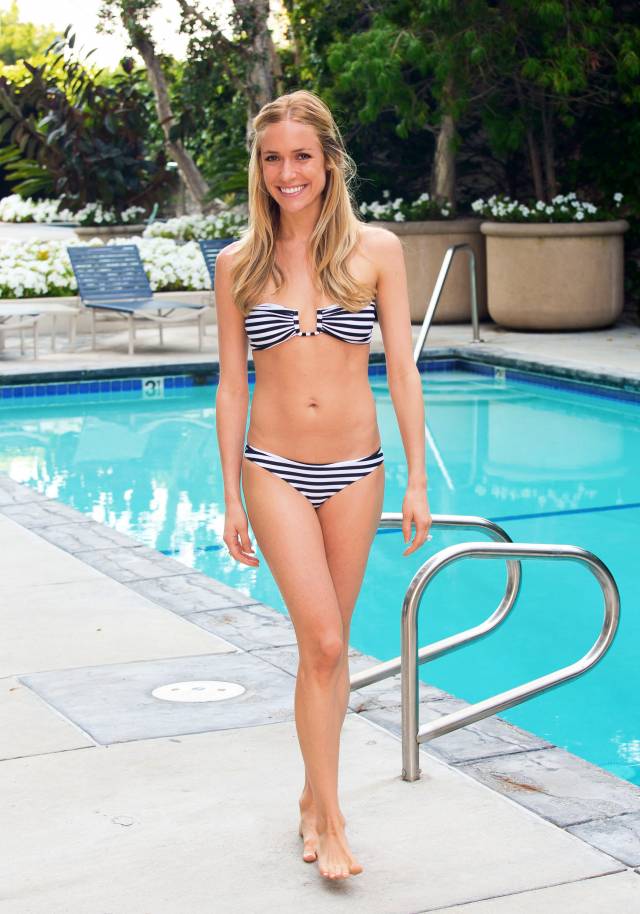 The 30-year-old is best known for her high-school appearances on the hit MTV show Laguna Beach, The Hills, as well as being a general TV personality. The young mom looked better than ever as she flaunted her fit figure only 11 weeks after giving birth to her second son. 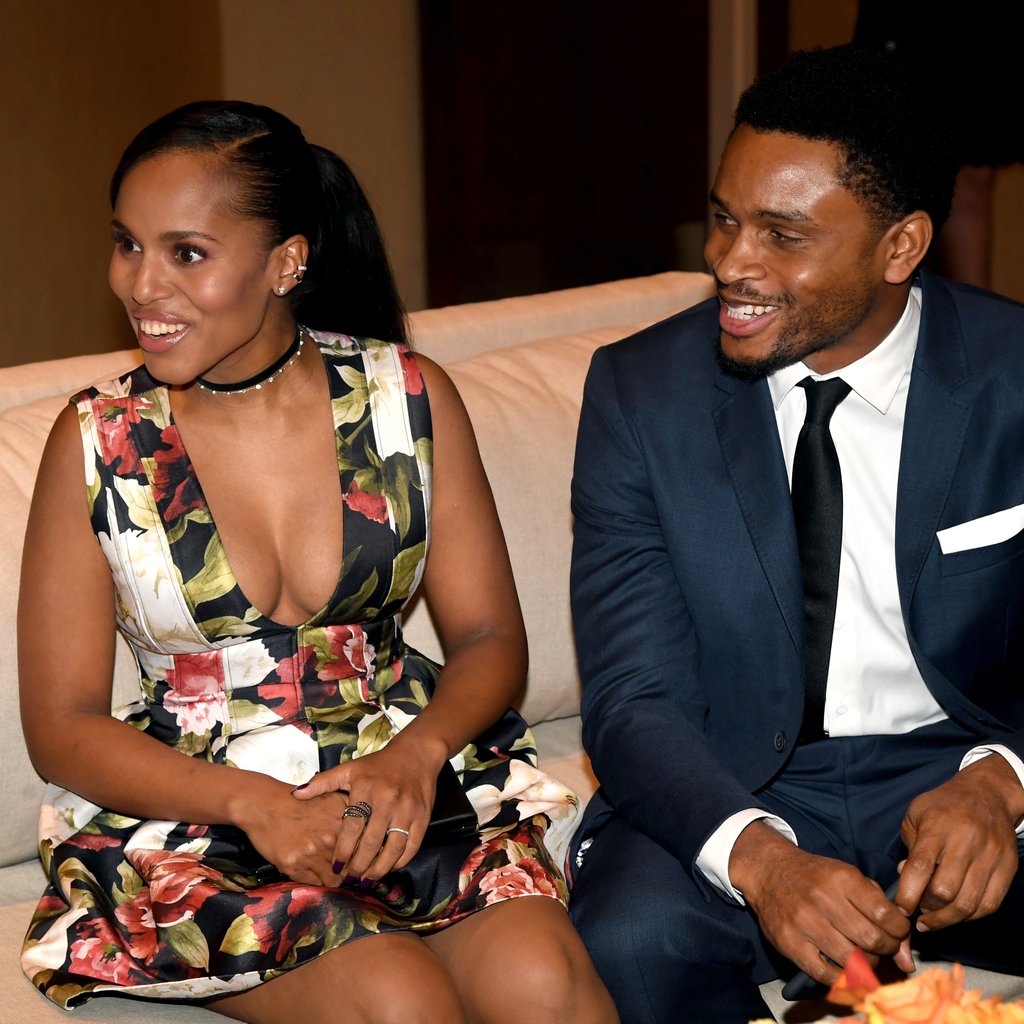 Kerry Washington has been one of Hollywood’s IT girls for awhile now and is best known for her role in ABC’s hit series Scandal. Not only is she known for winning us over on the screen, but she has maintained her reputation for being best-dressed every time she makes an appearance somewhere–and after her second child was no different! The young star took everyone’s breath away as she showed off her tight figure just weeks after giving birth with husband Nnamdi Asomugha. 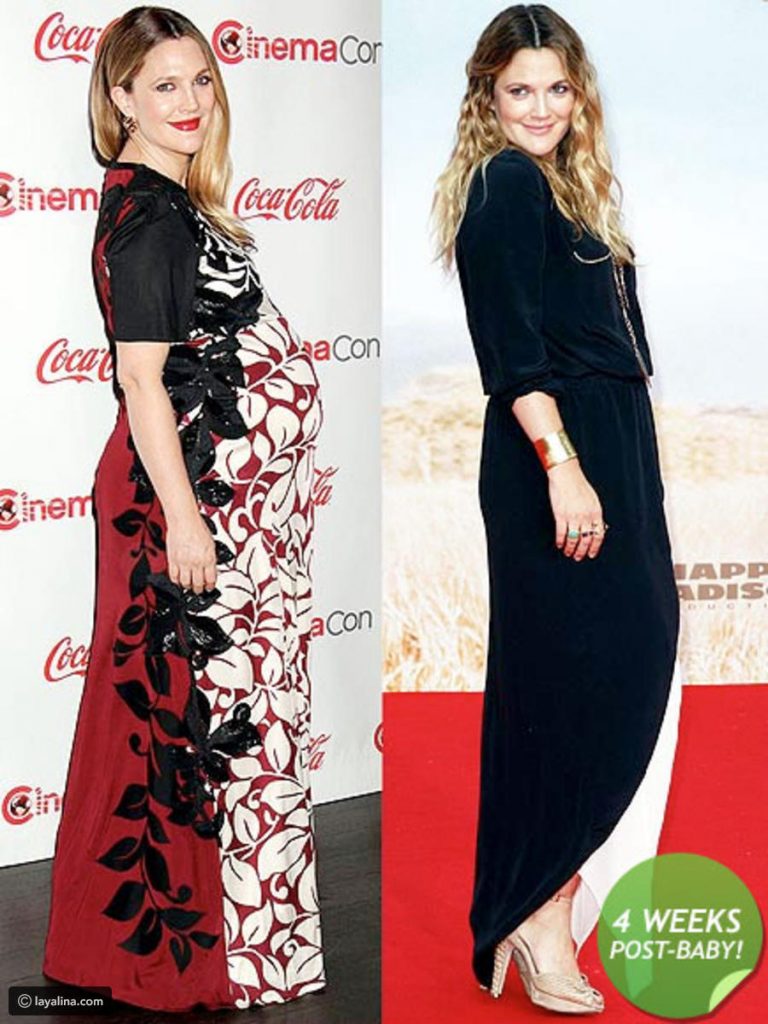 Drew Barrymore has been on the movie scene for many years, winning the hearts of American’s through her charming personality. Recently, the star gave birth to a child, Frankie, and you can see here her amazing transformation just FOUR weeks after. At any stage, this actress looks amazing giving us her side eye chic look. She told People Magazine that she enjoys kickboxing and yoga to stay active, but maintains that her main motivator is to stay mentally healthy–and we think that ROCKS. She is all the proof you need that a happy mind leads to healthier choices. 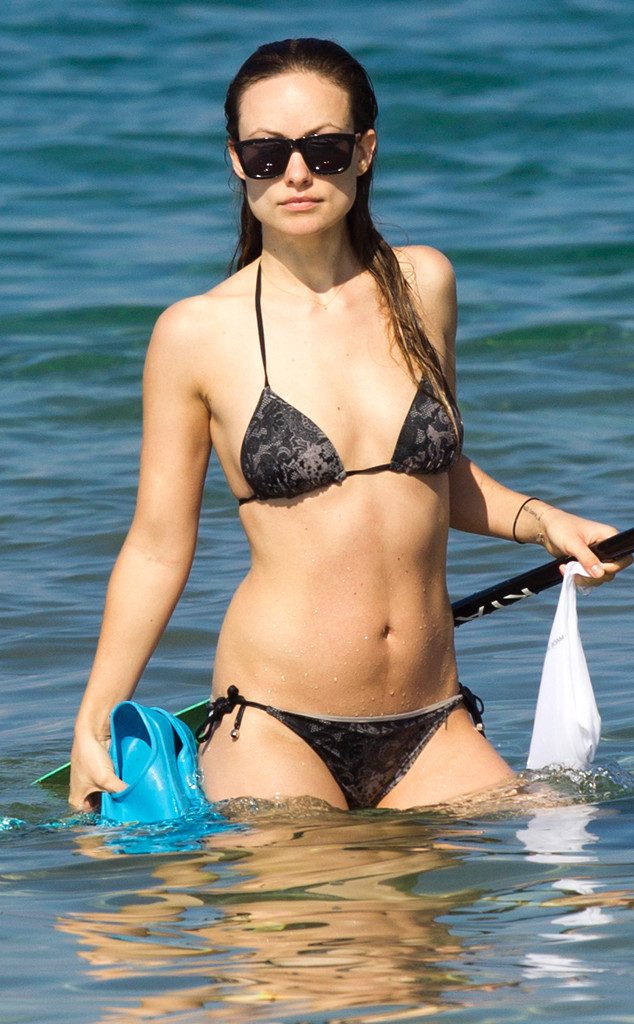 Olivia Wilde is best known for her role on the award-winning TV show House, on which she played doctor Hadley. She also had a supporting role in the movie Her as well as Rush. The beautiful actress is also a producer, model, and mom of two was seen in Hawaii just weeks after giving birth looking better than ever–and no, she’s not modeling or posing she’s just out for a dip looking fabulous. 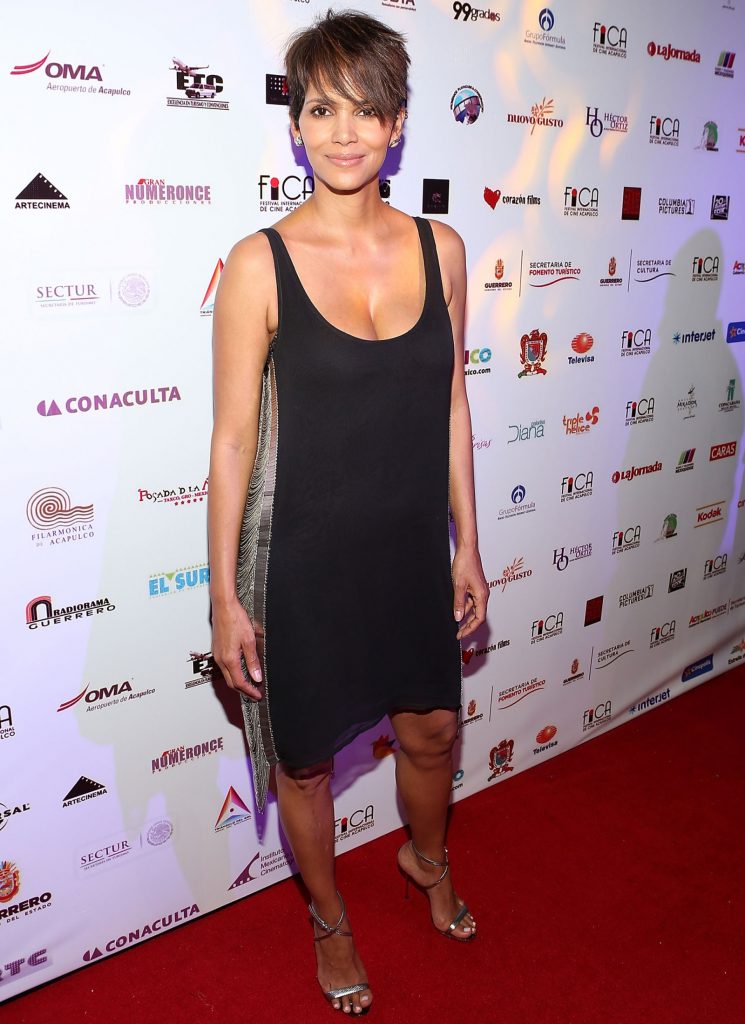 Back in 2014 the talented and stunning actress Halle Barry stunned everyone when she stepped on the red carpet at a film festival in Mexico just four months after giving birth at the age of 47. Not only does she look incredible for someone who just gave birth, but she looks better than some half her age with this insane snap-back. Is it just me, or does she not look a day older than she did in 2002 when she won the Academy Award for Best Actress? 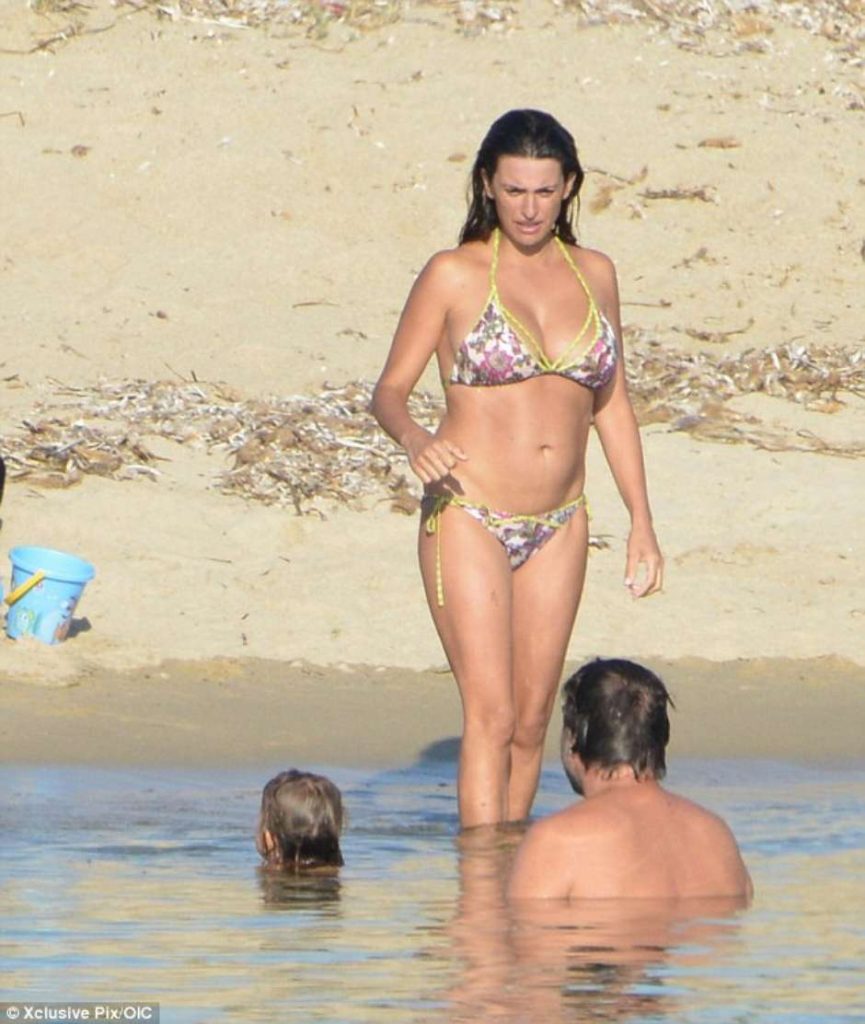 Penélope Cruz wore this tiny, and figure flattering swimsuit while she vacationed with her family just two months after giving birth to daughter Luna. The 39-year old says having two children keeps her exhausted and busy at all hours of the day, but the joy of motherhood are worth every minute of it, according to Mirror.co.uk. 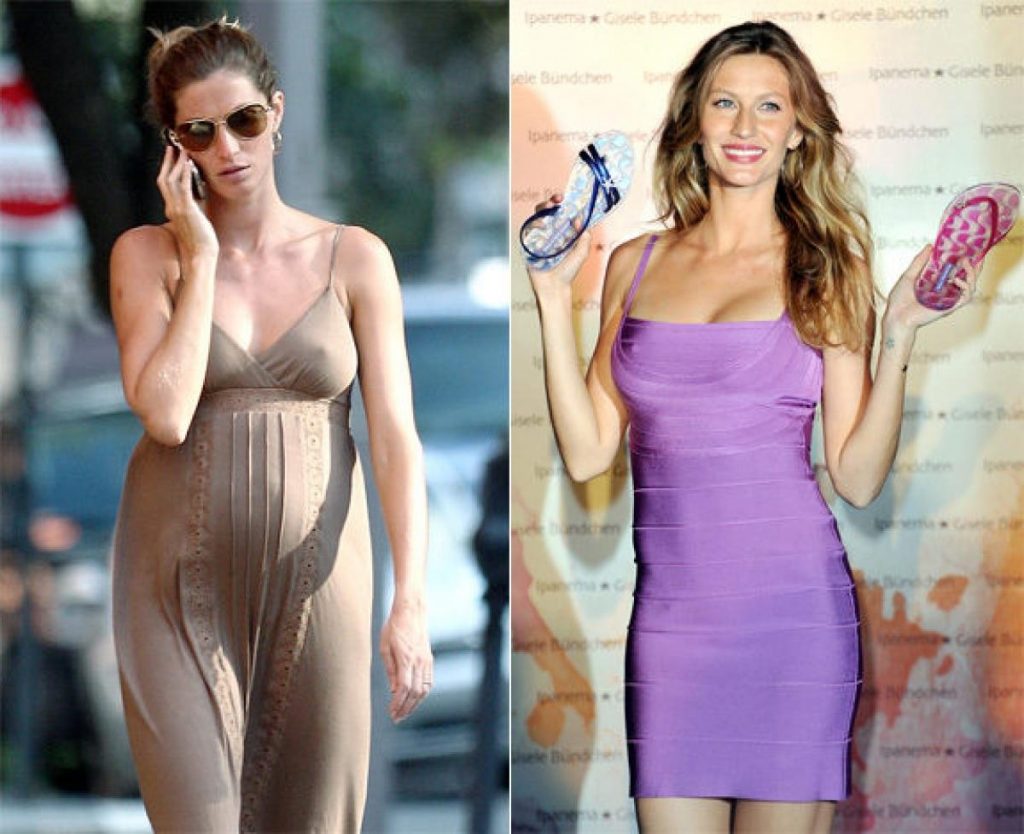 The Brazilian goddess Gisele Bundchen is one of the world’s highest paid super model’s and is known for her appearances on Victoria’s Secret fashion show, every year. The stunning model is married to Tom Brady and has two children yet looks just as good, if not better than ever. She has been known to practice kung-fu, yoga, and aerobics to keep her figure tight. 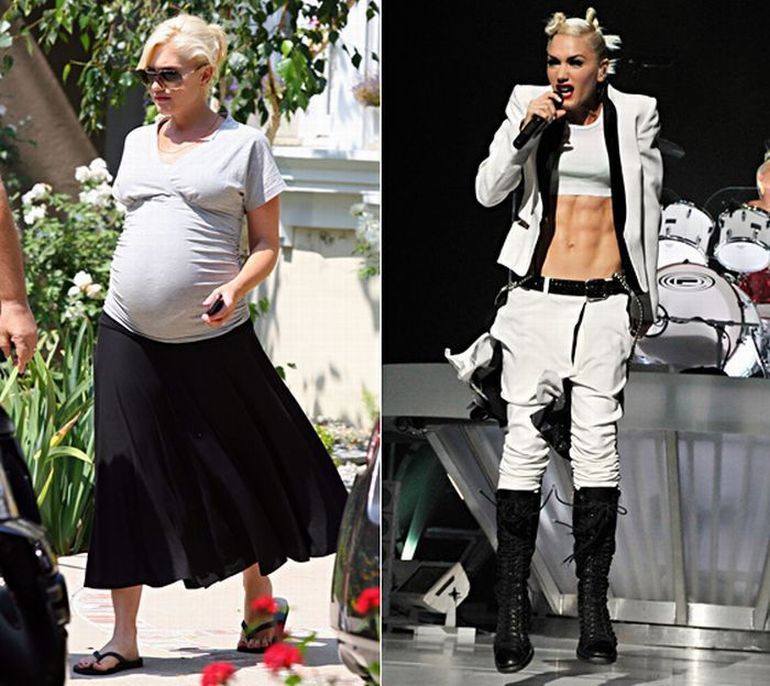 Gwen Stephani has been flashing her abs on stage since the early 90’s, and having children hasn’t changed a thing! The 47-year-old says that she works out by boxing and weight lifting, which is why she has such a perfectly fit body! It’s truly amazing what the body can do and she is a perfect example that you can lift weights and not get bulky–not to mention boxing is a great way to release any tension. 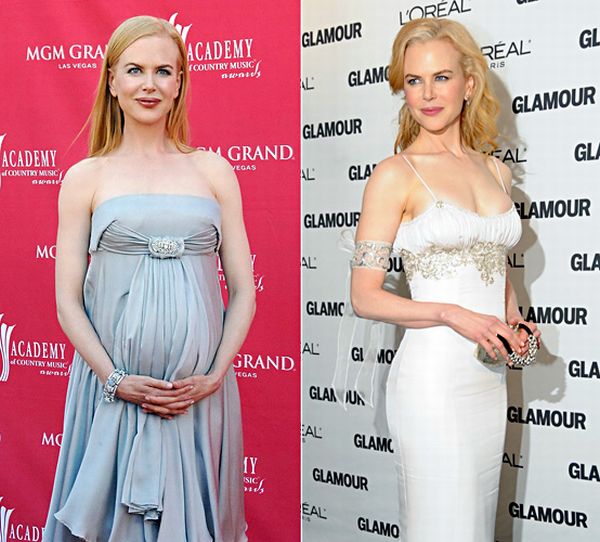 Wow–I mean how is it possible that she looks this good at 49! The actress truly gets better and better with age. She has previously said that she sticks to eating five small meals a day rather than three large meals at the traditional meal times. She also loves to run, do yoga, and indoor cycling. It seems like she has an overall pretty healthy lifestyle. 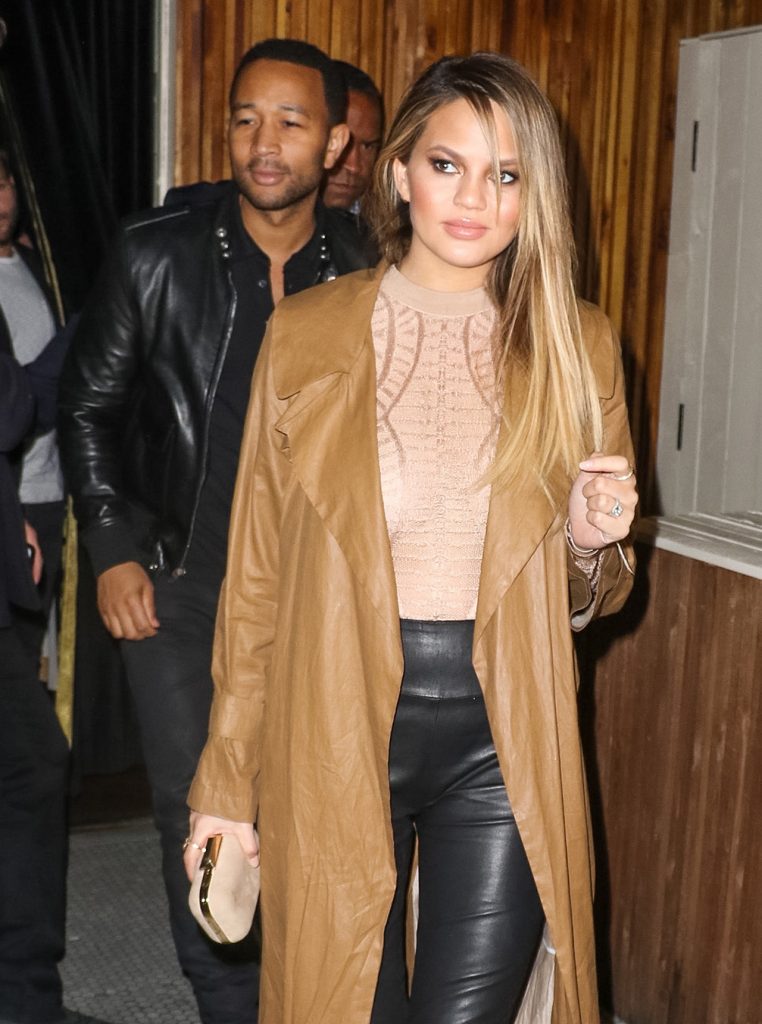 Model and actress Chrissy Teigen got her fame when she posed for Sports Illustrated Swimsuit edition in 2010 for the first time, and many times after. The mom of one is always open about her body and her body image, stating that she has accepted that her body has changed and will never look the same, and although she feels weaker in some ways she is still comfortable in her own skin. This picture is proof the young mom is abosolutely stuning after giving birth and she continues to rock every age.