6 Ways to Naturally Induce Labor: Do They Work?

The first thing that all pregnant women learn about pregnancy is that it is not “nine months” long. Instead, the pregnancy is a 40 week process. Talk about false advertising! That means doctors don’t consider you technically “overdue” until you are past the 38 week mark. The weeks between 36 and 42 are excruciating, especially if you and your doctor opt not to medically induce labor. As a result, women have developed a range of activities that are designed to bring on labor. Whether they work often feels like a mystery, but once a woman has gone nine months, desperate women (and their miserable husbands!) will try anything to get that baby out. Here are some ideas about how to induce labor naturally. 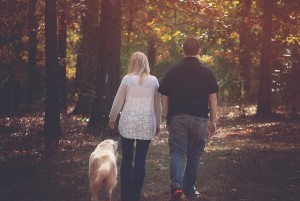 Walking is good for you anyway, but it’s a somewhat pointless activity for starting labor. Yes walking can start uterine contractions, but they typically stop when you stop walking. Although gravity will lower the baby, putting pressure on the cervix, dilation will only occur if you are already effaced.

This is definitely and easy one for most women to get behind, especially if it involves spicy Thai food and very dark chocolate. The idea is that foods which are difficult to digest may act as a kind of laxative and stimulate contractions. Although no scientific data backs this up, physicians still suggest it to pregnant women. 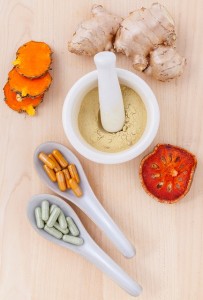 There are a variety of Eastern disciplines that stress the connection between certain spots on your body and bodily functions. This is the premise of Acupressure, Acupuncture and Shiatsu massage. Western practitioners do not have much data on whether these methods are effective at starting labor, but some women find Acupressure helpful. Spots between the pointer finger and thumb, around the ankle and near the shoulder are thought to be connected to the uterus.

Some women are still feeling frisky even in the third trimester, and some have lost interest in sex. Either way, you might be tempted to get it on just to get labor underway. This is more than just an old wive’s tale. Semen contains a natural fatty acid called prostaglandin, which softens and dilates the cervix. In addition, orgasms cause your uterus to contract. That means sex could be a reliable way to start labor, but you need to be close enough to term that your cervix has already started to efface.

Nipple stimulation works, it’s just a labor-intensive (ha!) way to get contractions to begin. When you rub your nipples, it releases a hormone called oxytocin, which is the natural version of Pitocin. Pitocin is what your doctor would use to stimulate labor if you need to be induced, so releasing oxytocin is a good way to go. The only problem with nipple stimulation is that it requires manual activity for at least an hour at a time, multiple times a day. It can start strong contractions though, so be aware that you may need to make a hospital run. 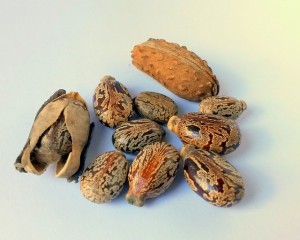 Castor oil is the best-known way to start labor. The idea is similar to sex, in that castor oil seeds (above) may (and I stress may) will stimulate prostaglandin production. However castor oil is a serious laxative, so it will also give you horrible diarrhea. It is probably advisable to avoid castor oil in favor of sex and other more enjoyable activities.

As usual, please follow your physician’s recommendations for all things related to pregnancy and childbirth.