Young US Presidents, before and after 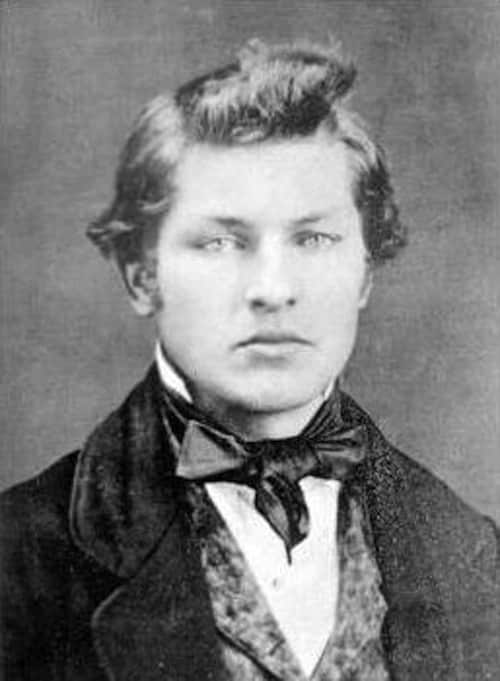 Source: smosh.com
Being the first sitting House member to become President, James A. Garfield is next on our list. As the 20th President of the United States, James focused on relieving corruption in the Post Office and strengthening America’s naval power. This image of James shows a young and ambition-filled man living out his youth. 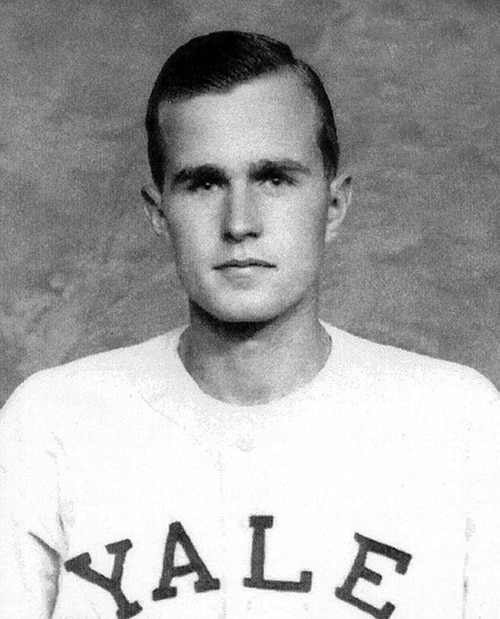 Source: smosh.com
The former 41st President of America and the father of the 43rd, George H. W. Bush is one of the first individuals to hold office as President and later watch as his son takes office. Along with Bill Clinton, Bush Senior is still currently active in a variety of humanitarian causes and events. Bush Senior is shown here before he was a father and back when he was a Junior himself. 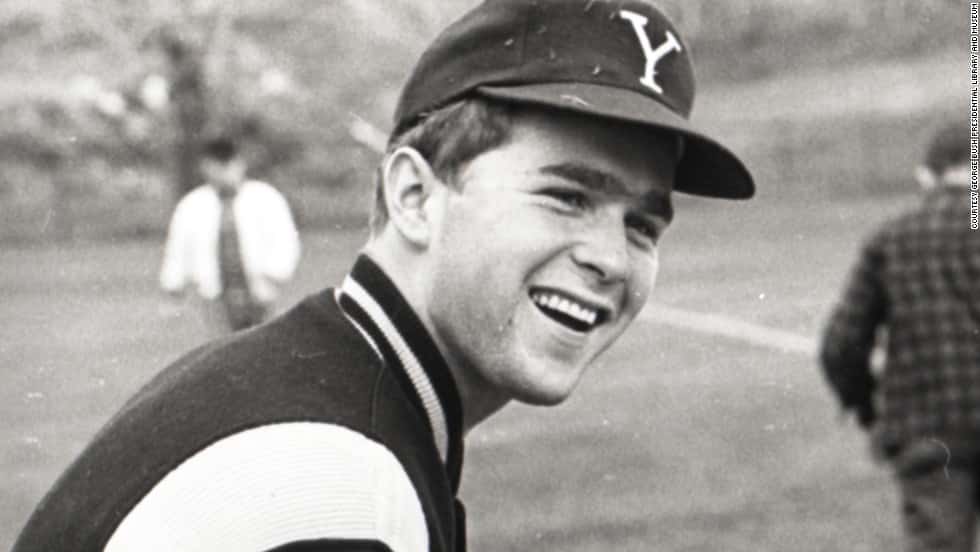 Source: cnn.com
Since we talked about his father, it is only fitting to talk about him next. George W. Bush served as the 43rd President of the United States, just one term after his father. Before he became President and before he worked in the oil industry, George W. Bush was just a young college youth like everyone else. This image of George, shows him during his college years back when he attended Yale University. 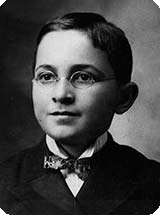 Source: trumanlittlewhitehouse.com
A veteran from the first World War, Harry S. Truman took office as the 33rd President during the tail end of the second World War. He is most well known for being the President who approved the bombings in Hiroshima and Nagasaki. However, before he had these life changing decisions to make and before he was in the army, he was just a nerdy looking boy. 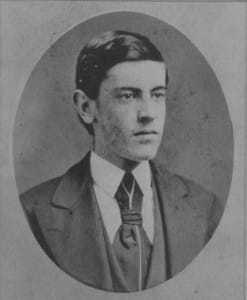 Source: deepsouthmag.com
To finish off this list, we have none other than Woodrow Wilson himself. One of the more intellectual looking Presidents we’ve had so far, Woodrow Wilson led America during the first World War and was a major voice during the Versailles Peace Conference. Although some Presidents look completely different when they grow older, one can argue that Woodrow almost didn’t age at all. 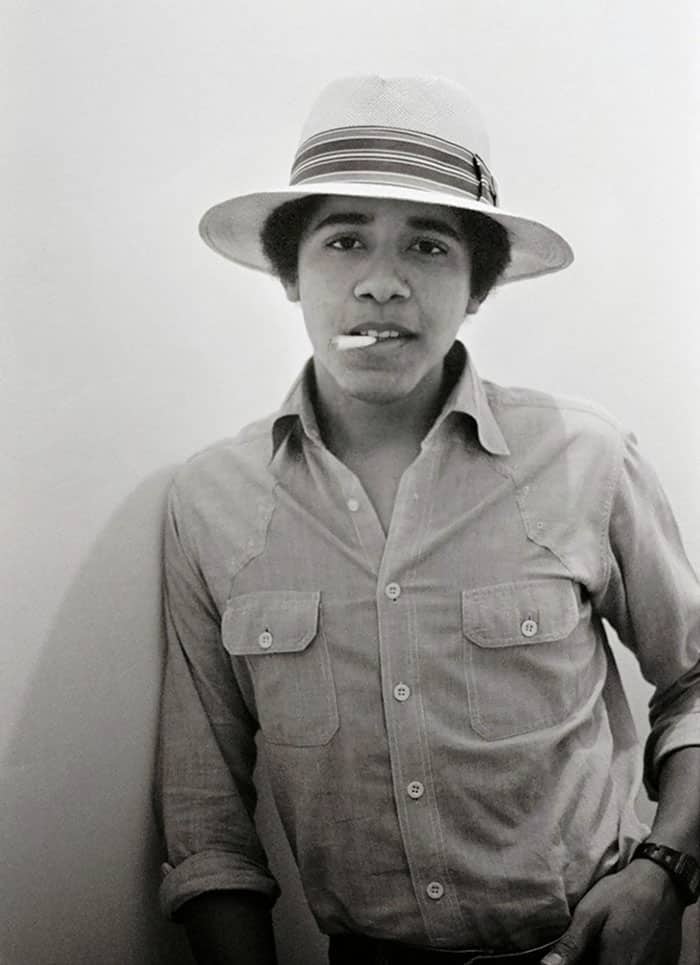 Source: boredpanda.com
What better way to start off this list of Presidents than to start with our most recent President? Barack Obama, as the 44th President, broke the precedence by being the first multi-racial and one of the youngest Presidents in history. This image, taken of him when he was 18 years old, during his college years, shows a young Barack smoking a joint. 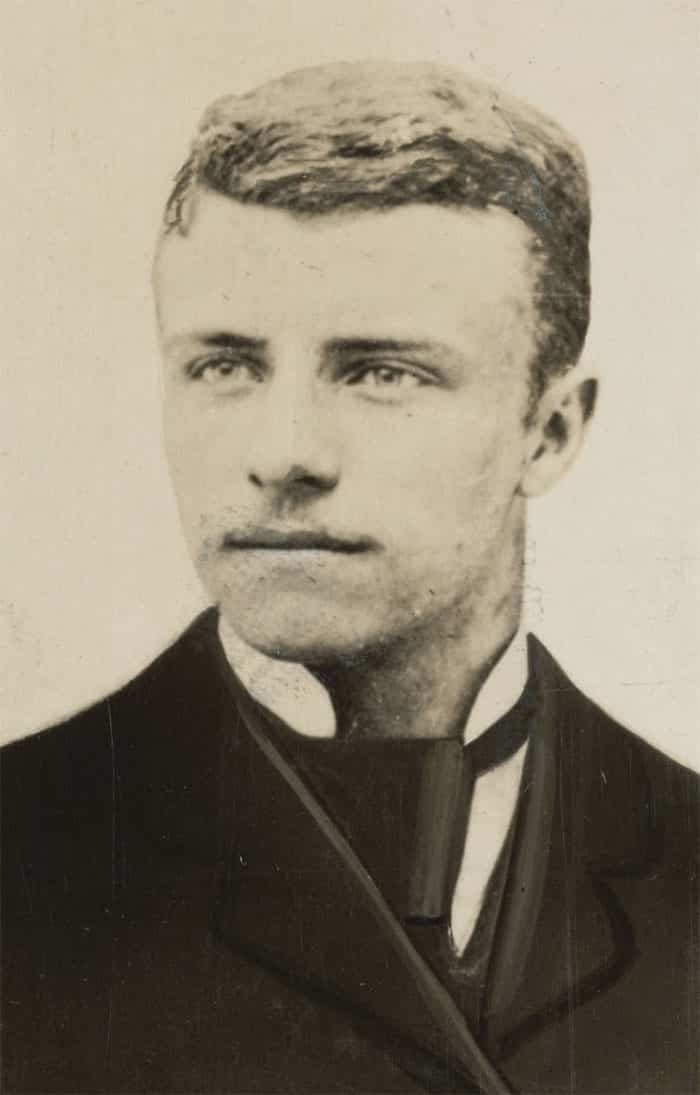 Source: boredpanda.com
Before the monocle, before the mustache, and before the manliness that exuded from Theodore Roosevelt, he was just a innocent, sickly young boy. After overcoming his weak health by living a strenuous lifestyle, Theodore personified the idea of the American cowboy when he served as our 26th President. This image showcases a younger and much more mild Theodore. 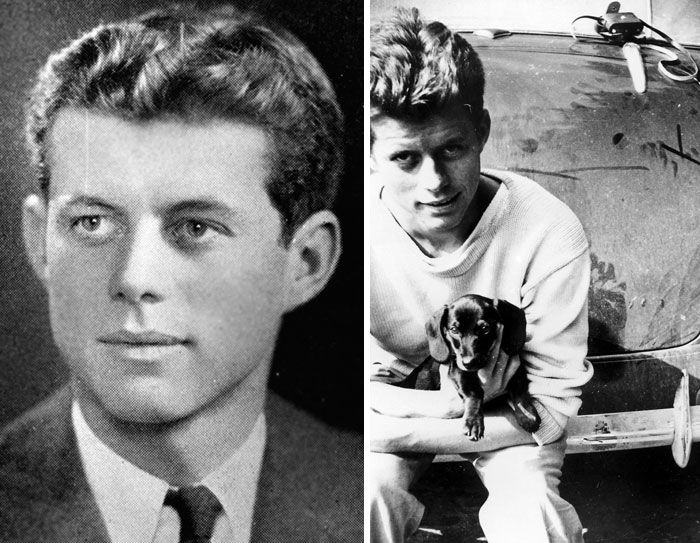 Source: boredpanda.com
The 35th President and one of the most recognizable, John F. Kennedy, is going to be our next installment on the list. Before his face got cover in wrinkles from the stress of being the U.S. President during the height of the Cold War, JFK was just like you and I, loving animals. These images of JFK show him at ages 20 and 21 respectively with all his animal loving goodness. 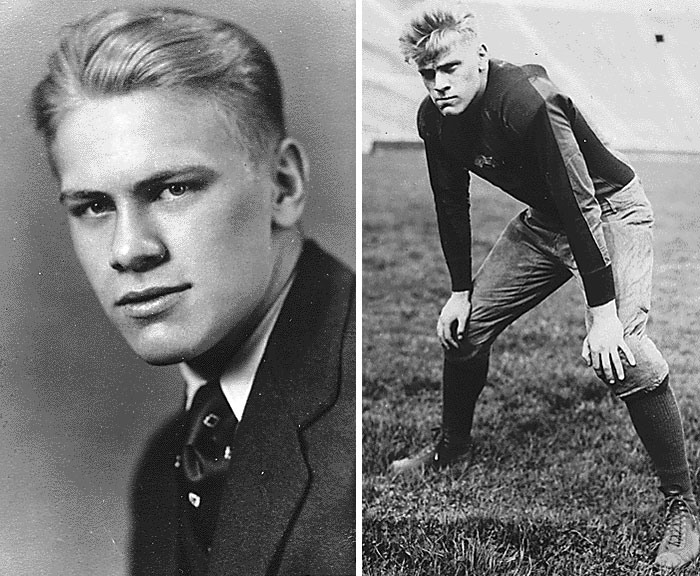 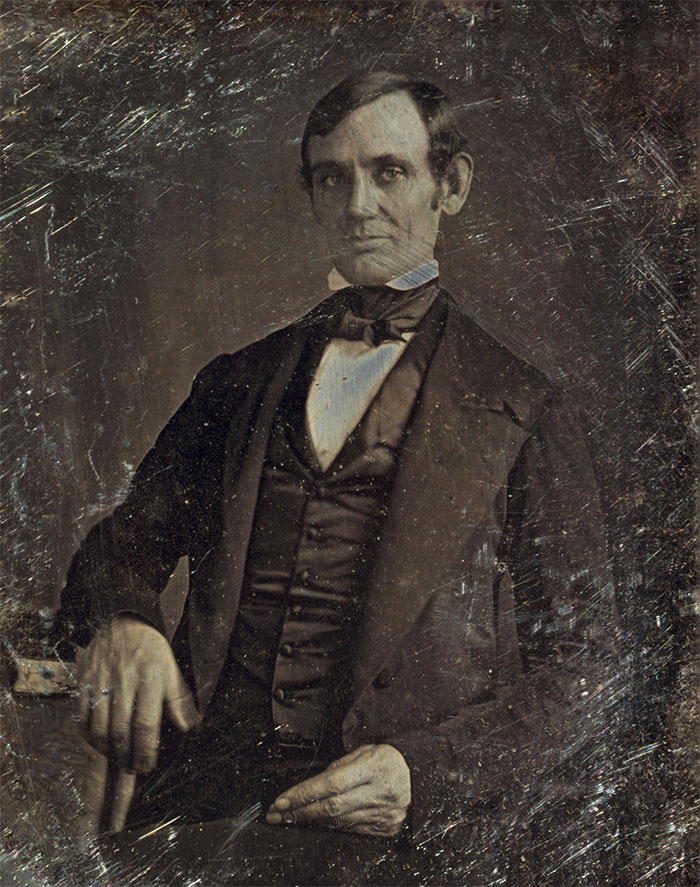 Source: boredpanda.com
Who would’ve thought we would have a young, well younger, picture of Abraham Lincoln? Being the 16th President of the United States, he led America during the brutality of its Civil War. Although this image of Abraham is taken when he was already 30 years old (which was definitely not young back then), this shows a wrinkle-free, beard free, and hat free Abraham Lincoln. 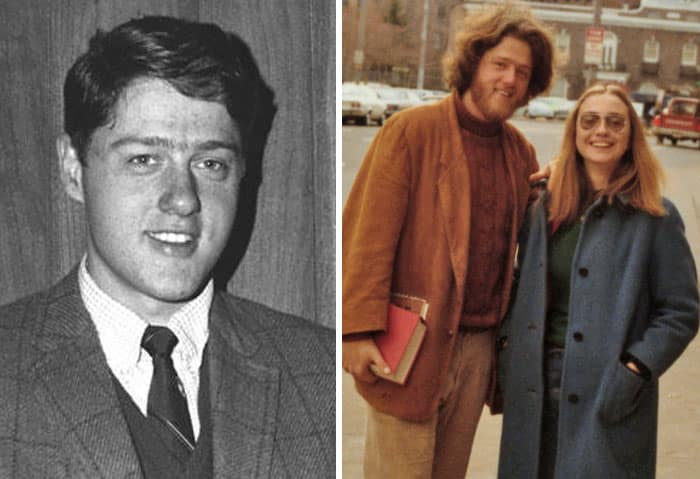 Source: boredpanda.com
Let’s take a break from all the history and move back into more recent times. Bill Clinton served as the 42nd President of the United States and although many people only think about the scandal he had with all those women, he accomplished some amazing things during his presidency. For example, Bill Clinton presided over the longest period of peaceful economic growth in America. This image of Bill showcases at ages 22 and 23 respectively, before he had any idea that he would become President. 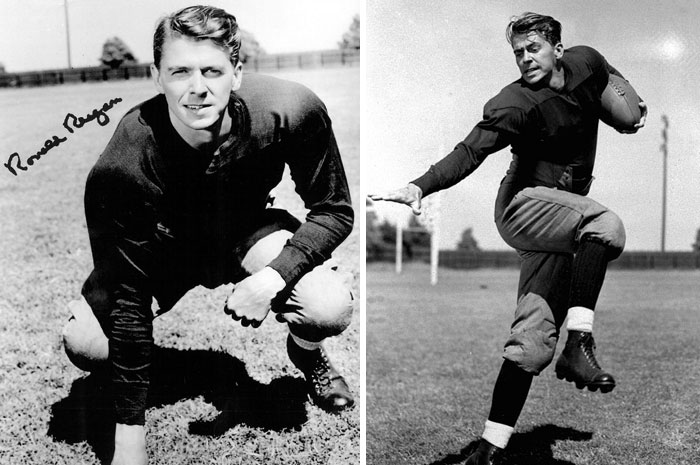 Source: boredpanda.com
If we were to take a poll on who people believe embody America the best, Ronald Reagan would atleast be in the top 5. Ronald Reagan was an actor way before he became President of the United States. Just like Theodore, he personified the typical cowboy theme (many of the popular films of the time were westerns). It was easy for him to become easily one of the most popular Presidents of America. These images of Ronald show him during his youth when he was part of his school’s football team. 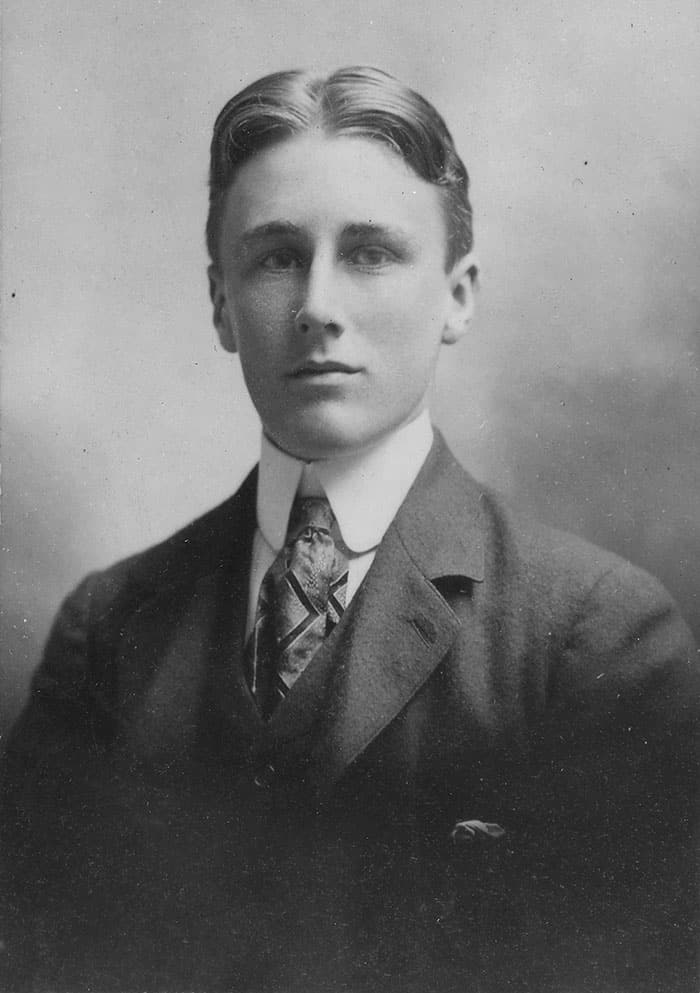 Source: boredpanda.com
Being President during the worst economic crisis America has ever encountered is not an easy task. However, Franklin Roosevelt did his best to lead his country to a more stable economic environment as the 32nd President of the United States. This image of FDR shows a well-groomed and mannerly FDR, before he was tainted by the stress of politics and economics. 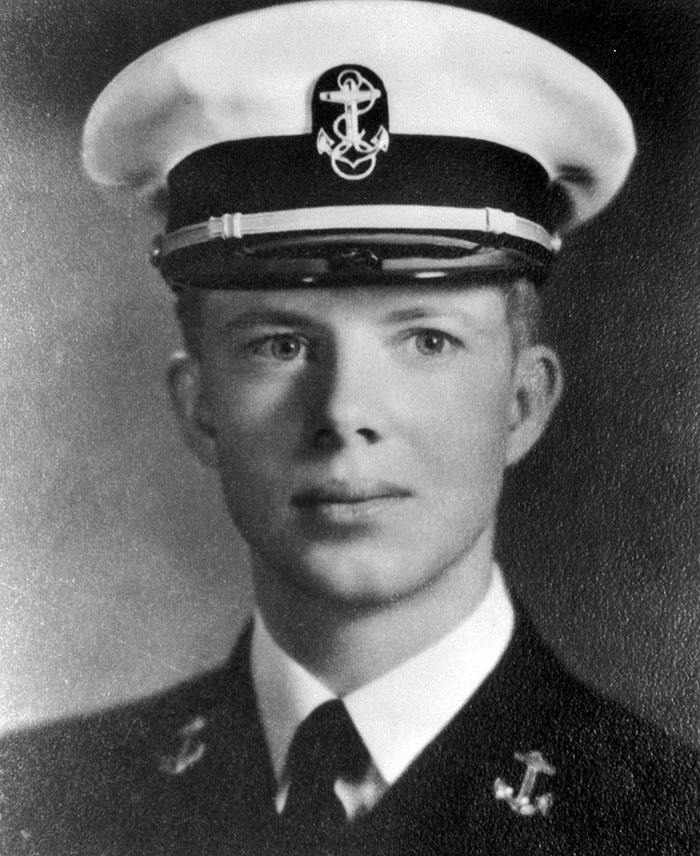 Source: boredpanda.com
With a name that makes him sound like a Baseball player rather than a President of the United States, Jimmy Carter accomplished many things both in and out of his Presidency. He served as the 39th President of the United States but kept on being active in the public sphere for many years after his presidency. He was awarded the Nobel Peace Prize for his contributions through his Carter Center. This image of Jimmy was taken during his service in the U.S. navy. 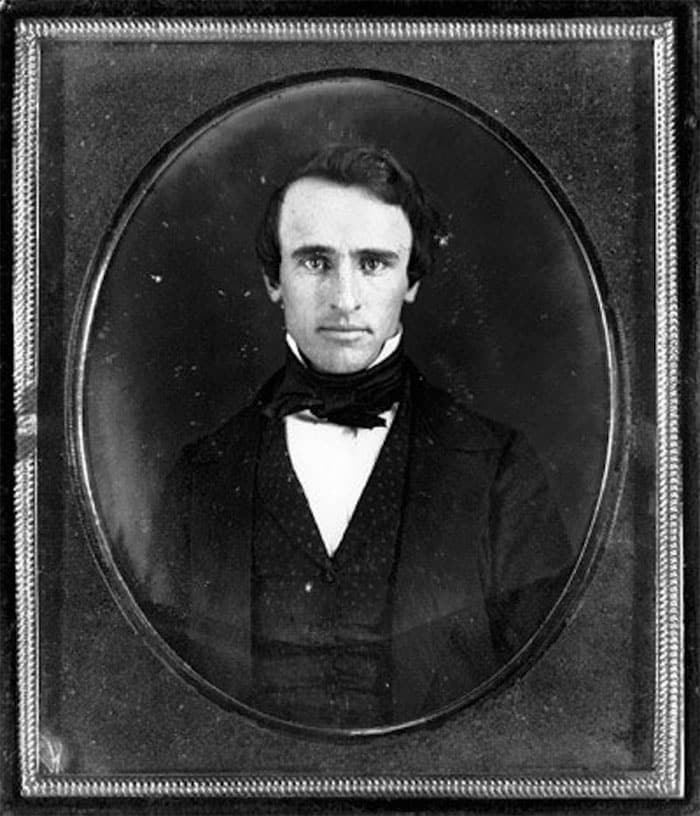 Source: boredpanda.com
I have no clue why all our vintage images of Presidents are of them when they were 30, it must have been a popular age to get your photo taken. Being the 19th President and holding office during the reconstruction era of America, Rutherford B. Hayes had a ton of stuff on his plate. However, that didn’t stop him from doing his best and this image of Rutherford presents his face before his iconic long thick beard.