Cats and dogs have been historically linked as mortal enemies for years. Don’t believe us? Just watch an episode of Tom & Jerry when Spike makes an appearance. Thanks to this terrible association, when a neighborhood cat began kidnapping a litter of puppies everyone’s initial reaction was to presume the worst.

However, you’ll never guess the amazing reason why this fluffy cat decided to take these puppies away! Stay tuned to the end to find out why. 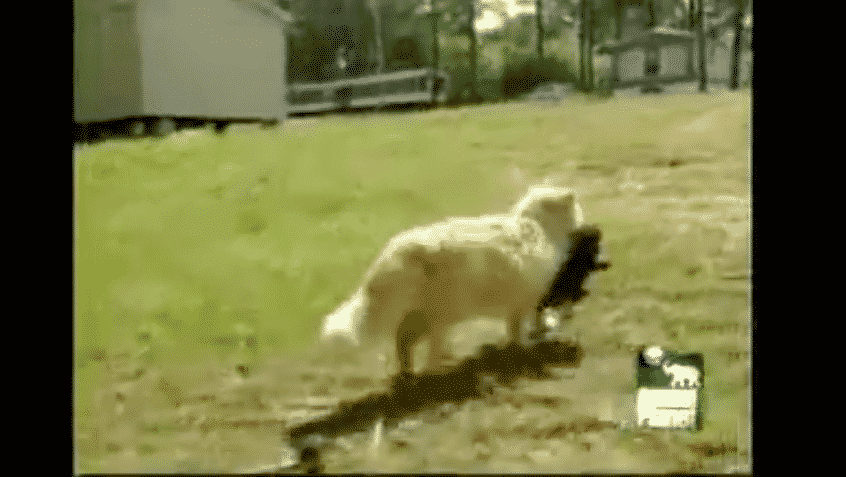 Our story begins in Mayesville, South Carolina where a group of neighbors began noticing some terribly odd behavior from the local cat. Their concern wasn’t over nothing, either. It seems that every day, the neighborhood cat would pick up a puppy with her teeth from a litter nearby and transport them to an unknown location.

So where was the cat taking these little pups?! 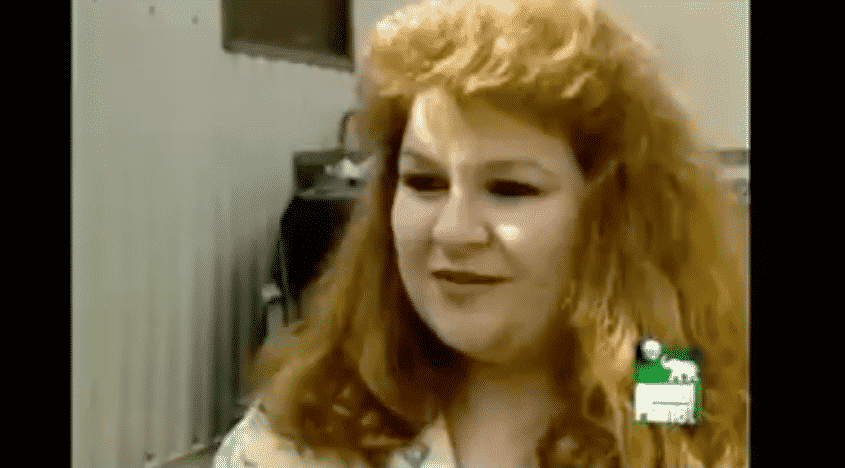 The owner of the pups, Missy Grant, voiced her concerns to It’s a Miracle. She told them, “We came home one night and there were five puppies missing. I said, ‘Where did five puppies go?’ I was hunting them, and then my neighbor said that she saw Miss Kitty stealing them.”

Everyone in the neighborhood automatically assumed the worst.

So was it really Miss Kitty moving the pups? 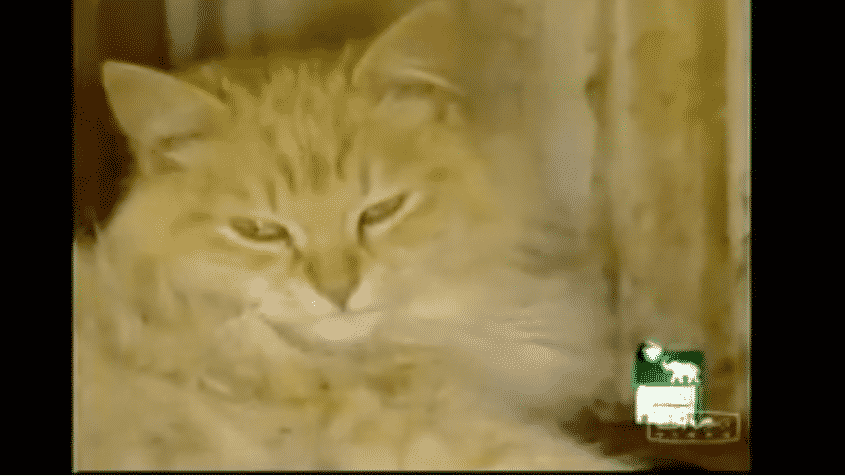 It seemed that it really was Miss Kitty that was moving the puppies around the trailer park and away from clear sight. When the pup’s mother wasn’t looking, Miss Kitty would slyly come by and snatch them away.

Never in a million years did the neighbors expect the real reason why the puppies were being moved…. 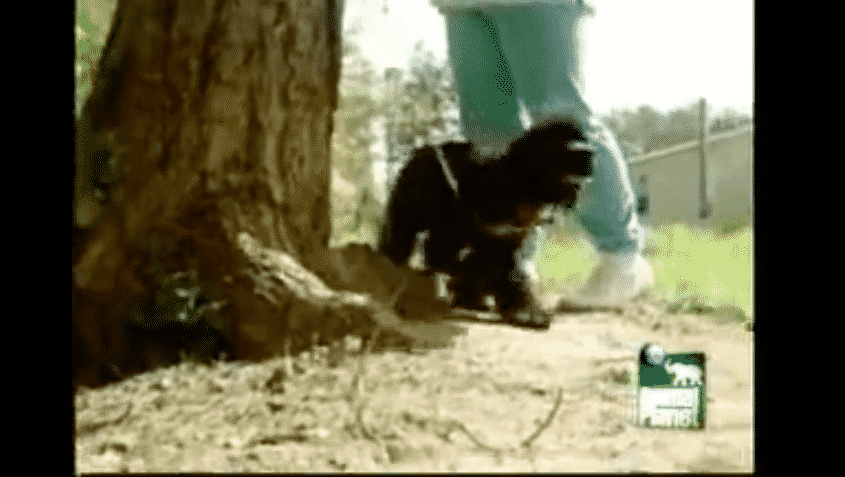 While Miss Kitty and Smoochy had been neighbors for quite some time, they never really interacted. In fact, the duo didn’t have much to do with one another for years. 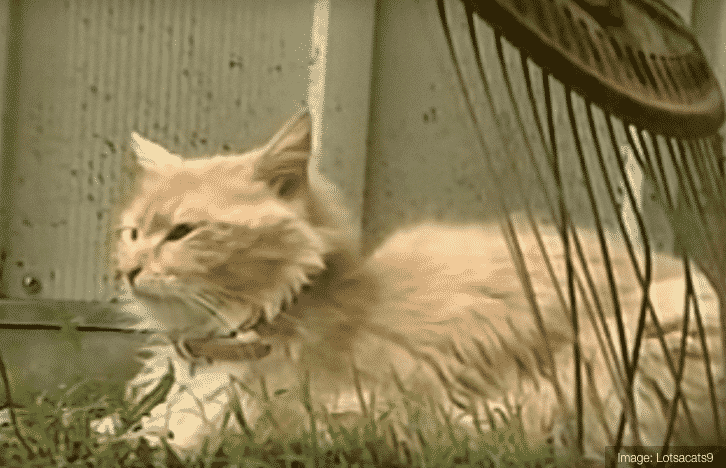 It seems that not so long ago, Miss Kitty had gotten pregnant and her owners began to prepare for a brand new litter of kittens to be brought into the world. Miss Kitty was incredibly excited to be a mother and she could not wait to give birth.

However, an unfortunate series of events would forever change Miss Kitty’s life. 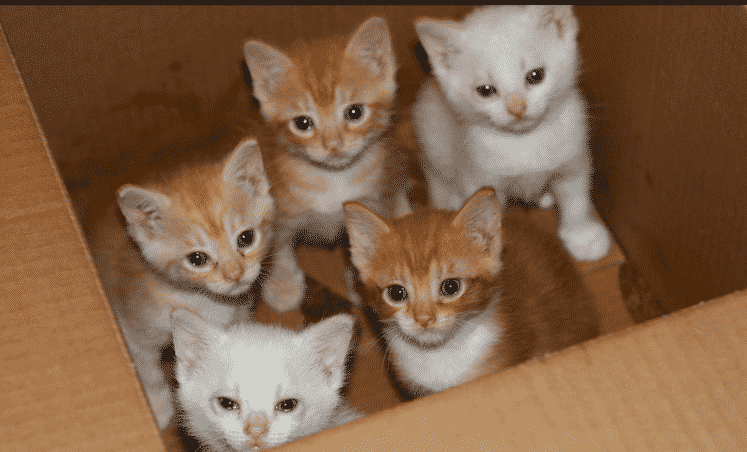 Unfortunately, Miss Kitty never got the chance to become a mother. After she gave birth, she lost all of her kittens. Not one survived. This traumatic event greatly affected this beautiful ginger cat.

Could this be an insight into her thieving ways? 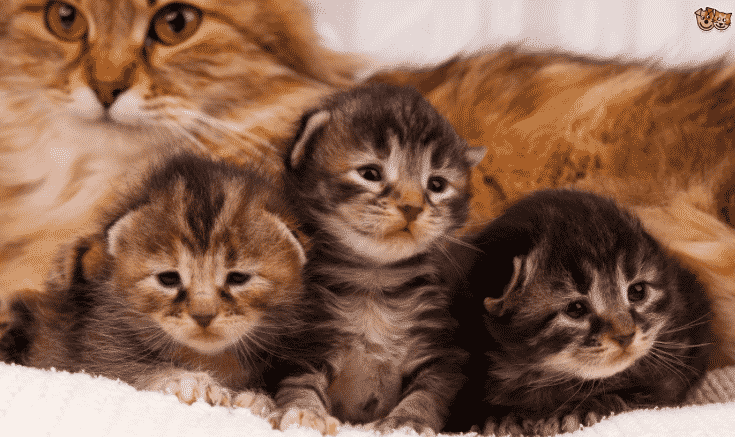 It is not uncommon for a first time mother cat to lose some of her kittens or even all of them. There are many reasons for a litter not to survive and mother cats often have another litter without a problem.

This tragic event, however, left Miss Kitty upset and shocked and she began looking for new ways to put her maternal instincts to good use. An odd twist of fate made that possible for her. 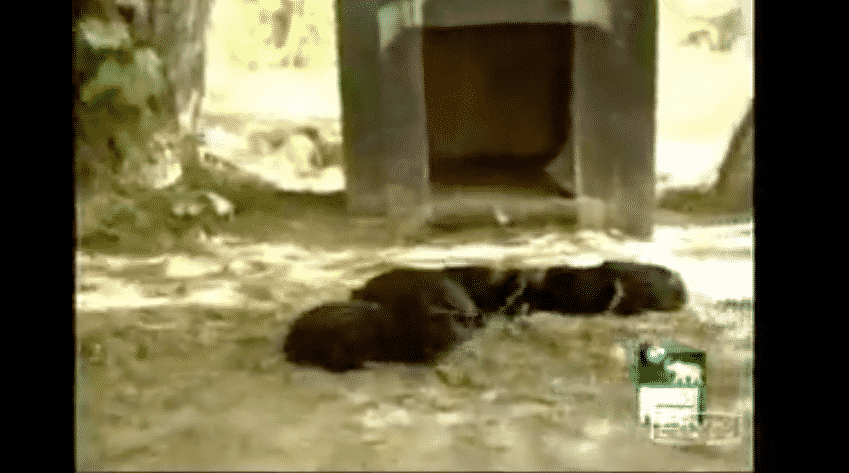 At around the same time, Smooch gave birth to a beautiful litter of Cocker Spaniel puppies. The puppies were adorable and Smooch’s owners were in love with them.

Unfortunately, Smooch did not feel the same way. 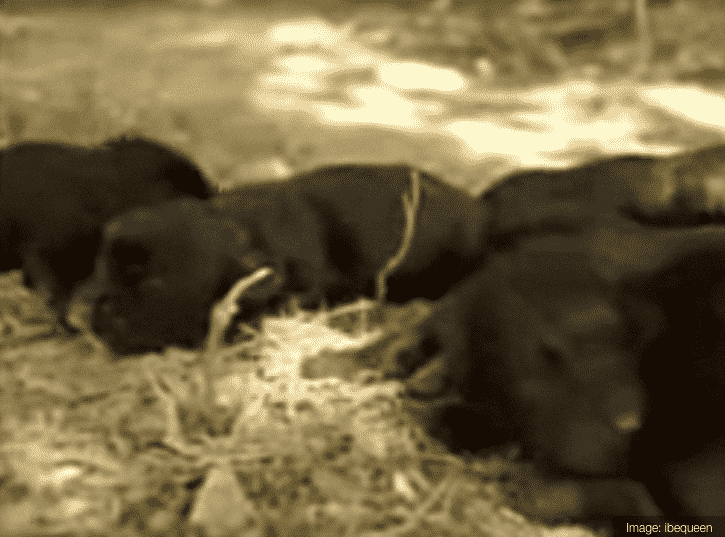 Although she gave birth to an adorable litter of puppies, Smooch was not interested in caring for them at all. While it’s a rare occurrence for a mother dog to abandon her litter, it does happen at times. Sometimes due to a mother dog’s bad health or an overwhelming feeling of caring for the pups.

Even Smooch’s owners noticed the odd behavior and took serious note of it.

9. The Owner’s Speak Out 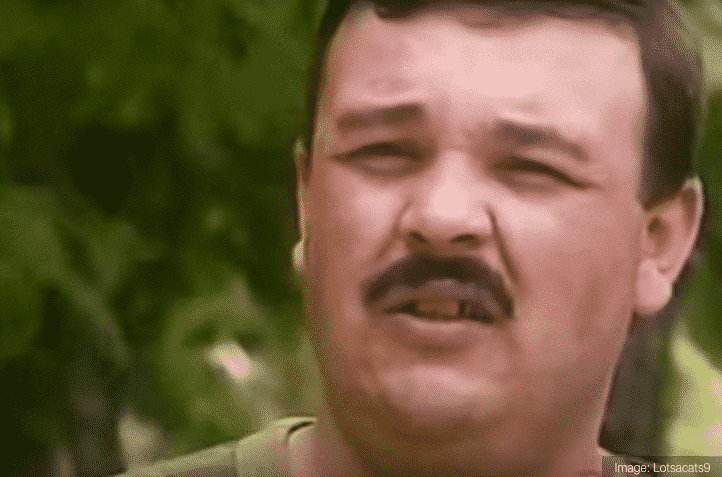 “Smoochy didn’t want anything to do with the puppies at all,” Miss Kitty and Smoochy’s owner, Ryan Grant, told It’s a Miracle, “They would be lying around at Smoochy’s house outside. She would just drag [them] around with a chain and pay [them] no attention. Even their whines didn’t mean anything to her.” 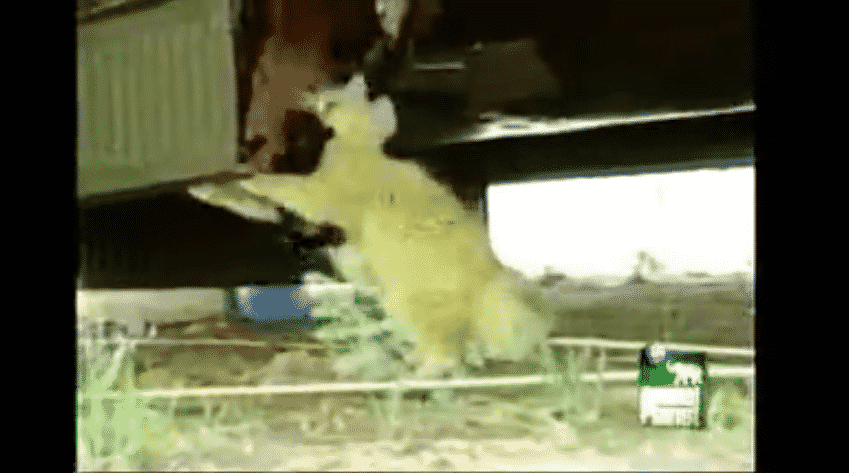 Despite being abandoned by their mother, these adorable puppies had a guardian angel that was looking out for them. That’s right, it seems that Miss Kitty was taking over as mother to all of the puppies.

But where was she taking them and what was she doing?

7. Taking Care of the Pups 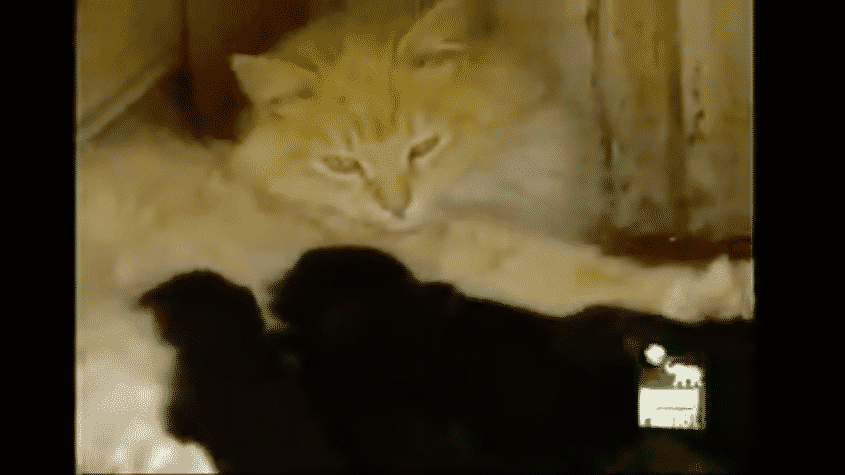 While Miss Kitty was stealing the puppies away, her motives were not malicious at all. It seems that Miss Kitty would transport the puppies to a quiet area where she could nurse them with the milk that she had left over from her pregnancy.

If you think that this is an uncommon occurrence, you’d be wrong! It seems that this sort of thing happens more often than not, as you’ll see in the next slide. 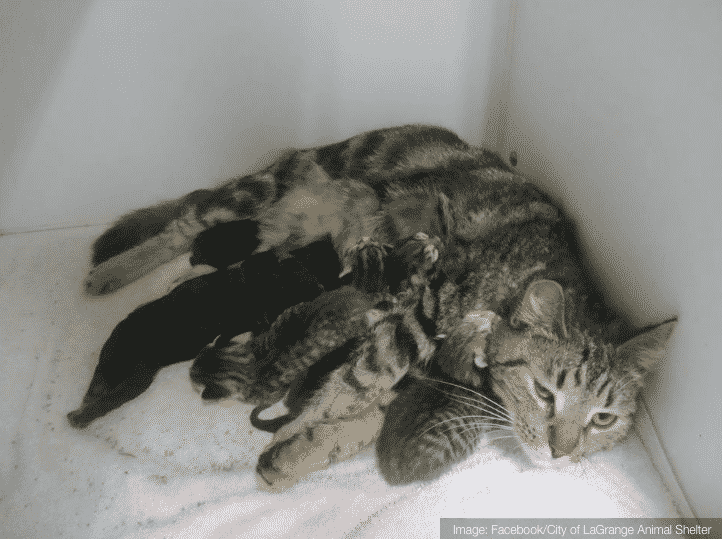 A shelter in LaGrange, Georgia has been known to use cats that have just given birth to nurse puppies that have been orphaned. Shelter worker Chris Bussy told The Huffington Post, “Since the two cats just had litters, they’re able to nurse. It’s like a motherly instinct.”

However, there were still some neighborhood naysayers that were irked by the situation and loudly voiced their concern. 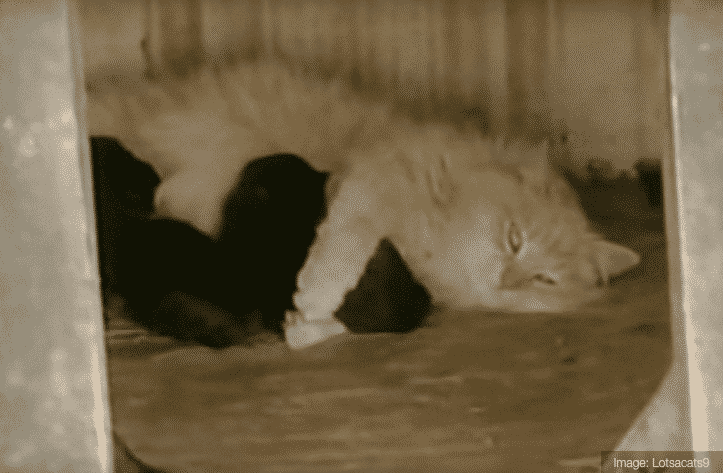 A neighbor, Linda Blackwell, who had been keeping up with the situation had noted that the entire thing came off as “odd.” However she did admit that it was better for the puppies as she said, “The mom don’t see the kids too much so the cat took over.”

Smoochy was also known to cause a bit of trouble in the neighborhood so the owners often kept her tied up. It seemed that everything was working out for the best in this very unique situation.

Regardless, the owners still had a huge worry on their mind. 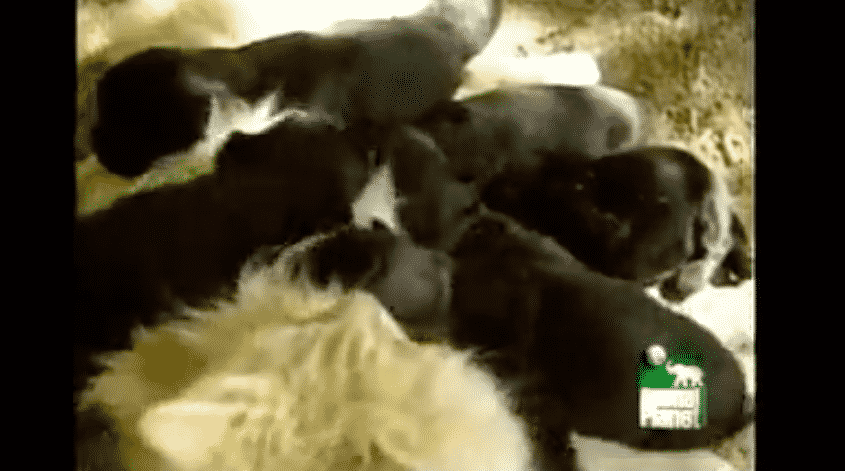 Even though everything seemed to be working out for the best, the owners were still quite worried. They often wondered what the puppies would think when they finally opened their eyes and saw that the animal taking care of them was a cat. However, the bond was obviously there and no one could deny it.

In fact, Miss Kitty did the animal world a huge favor that many of you may not have thought about. 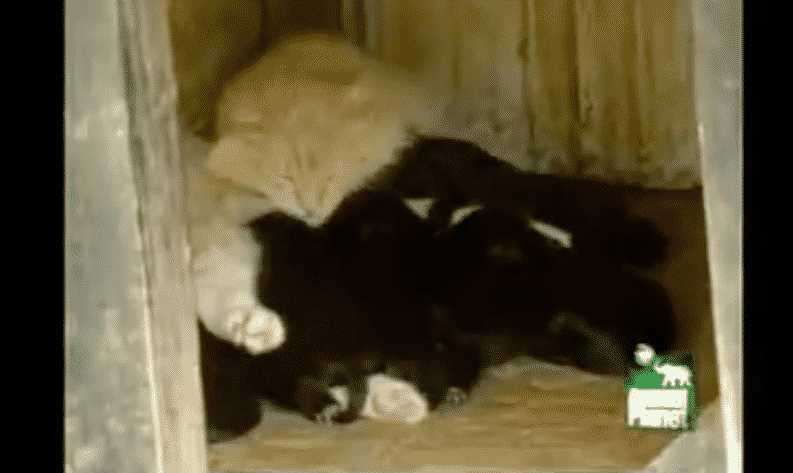 Miss Kitty’s good deed showed the world that cats and dogs are not mortal enemies at all. In fact, maternal love seems to triumph over it all. After seeing the story air on television, one viewer got in contact with Miss Kitty’s owners to tell them about her own dilemma.

You’ll be so surprised by the situation and how Miss Kitty came to the rescue once more. 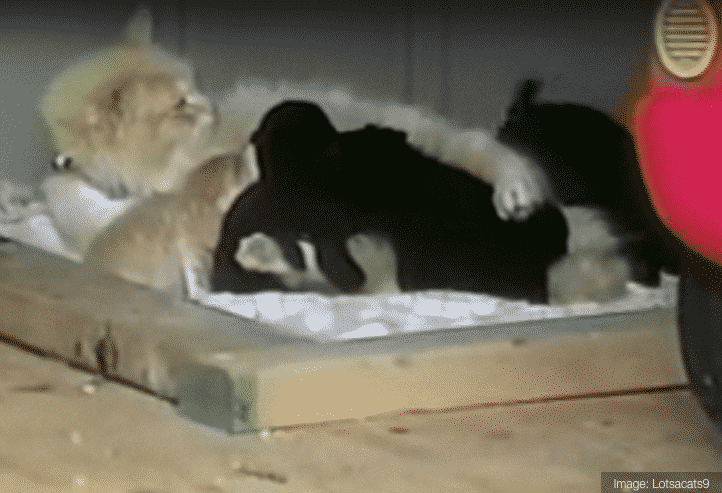 The viewer that called the owners happened to have two abandoned kittens in their car. They asked the owners if they could take over the kittens and have Miss Kitty nurse them.

Miss Kitty was absolutely thrilled and allowed the two strays to feel right at home with her.

So what’s the moral that we can derive from all of this? 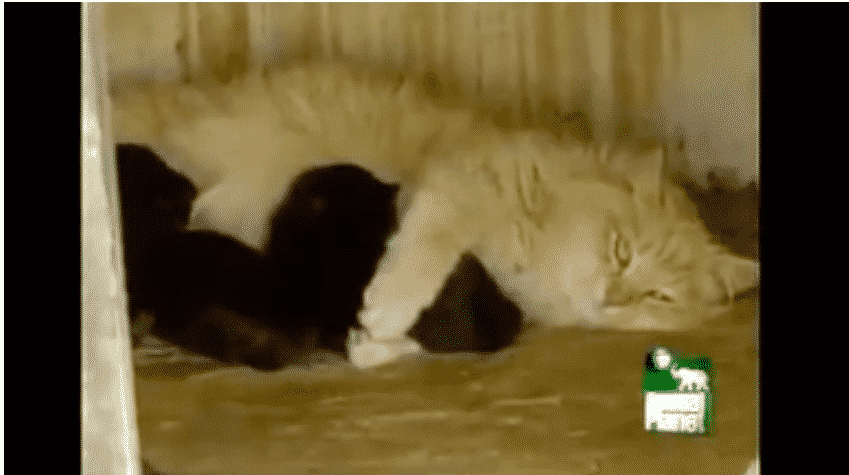 Miss Kitty truly showed a selfless love that allowed her to give life to a litter of puppies and two beautiful kittens. Her maternal instincts allowed her to enjoy the gift of motherhood while giving life to those in need.

If you loved this story, be sure to share it with all the animal lovers you know so they could enjoy this loving tale as well!