A teenage boy was out shopping at Target with his mother when he noticed something that many of us hope to never encounter. The teenager had spotted a “demonic” man following around a small girl throughout the store. Without any hesitation the teenager knew exactly what he had to do.

Find out how this young man became a hero in the eyes of a little girl who was the unfortunate victim of a terrible man. 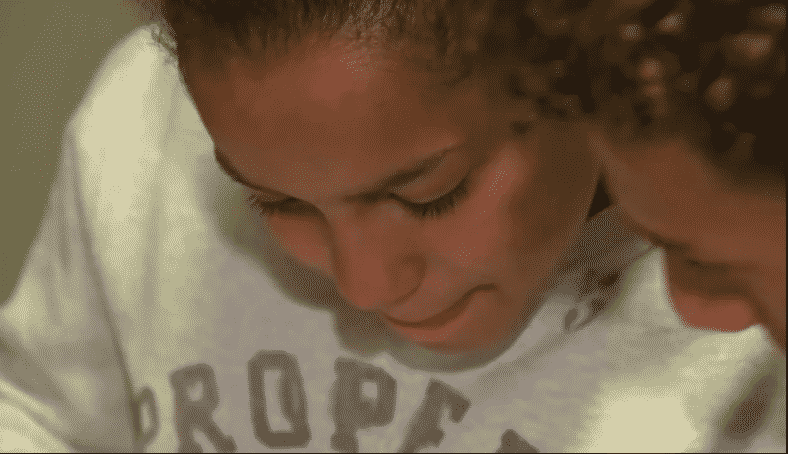 As a typical 17-year-old from the South End in Boston, Massachusetts, Cameron Cook did not expect to ever be labeled hero. When the teenager isn’t working on his own homework assignments from Catholic Memorial, he often volunteers to help his younger sister with her assignments.

Cook never imagined the scary situation that life would throw at him. 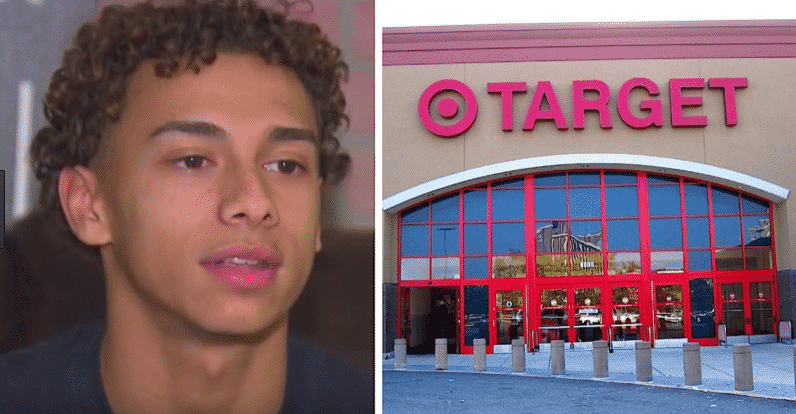 During a weekend shopping trip in the middle of November, Cameron and his mother were out at a local Target in the South Bay Center. The pair made their way around the aisles, not expecting the disturbing situation that would quickly present itself.

Suddenly, Cook saw something so terrible that it nearly paralyzed him. 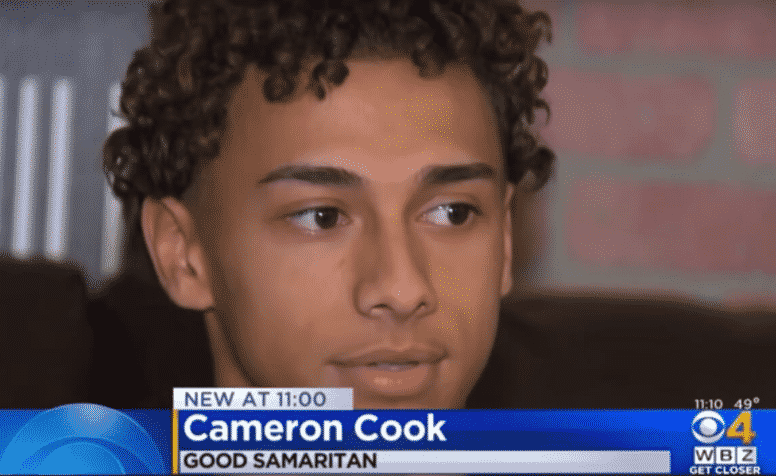 The teenager quickly noted the presence of an odd man that made him feel very uncomfortable. Cook described him as “demonic” and his senses were quickly alerted. Cook continued to keep his eyes on the man, watching his behavior from afar.

The man’s behavior only continued to get stranger and stranger… 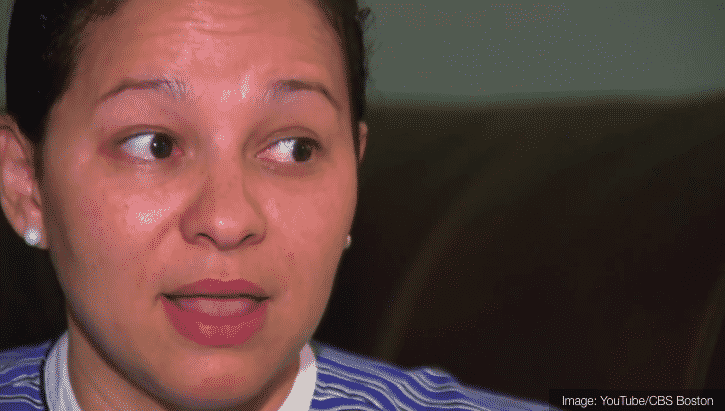 Noticing that her son’s attention was focused entirely elsewhere, Heather, Cameron’s mother, looked over at the man’s direction as well.

“I saw the look in his eyes. It was bone chilling.” Heather told Fox25 Boston when describing the man. She quickly ushered her son to move away from him.

However, Cameron refused to listen to his mother and instead kept his gaze fixed on the man whose next move would be a huge mistake. 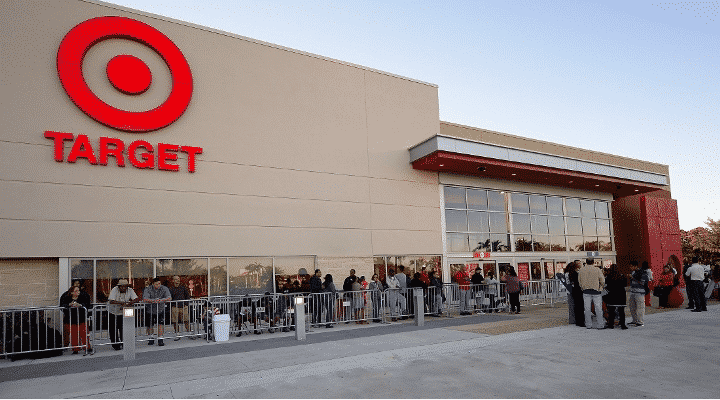 Cameron’s mother motioned for him to move away, but Cameron continued to refuse. The man’s behavior was getting weirder and weirder.

Cameron continued to look and that was when he noticed the man do something so horrific he knew right away that the man needed to be stopped. 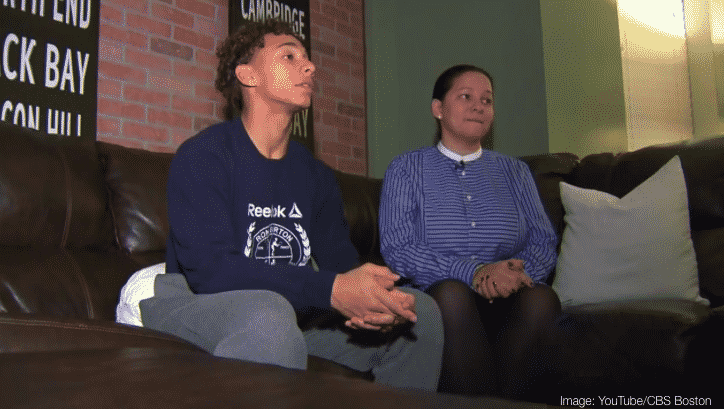 Recalling the event to CBS Boston, Cameron stated, “I seen the guy grabbing himself. And my mom goes, “Cam, let’s go, keep walking.” I was like, no, something’s going on.”

Cameron scoped out the situation and then noticed that the man was fixated on a customer as he continued to behave indecently in public. Cameron knew it was wrong but was unsure of what to do at first. 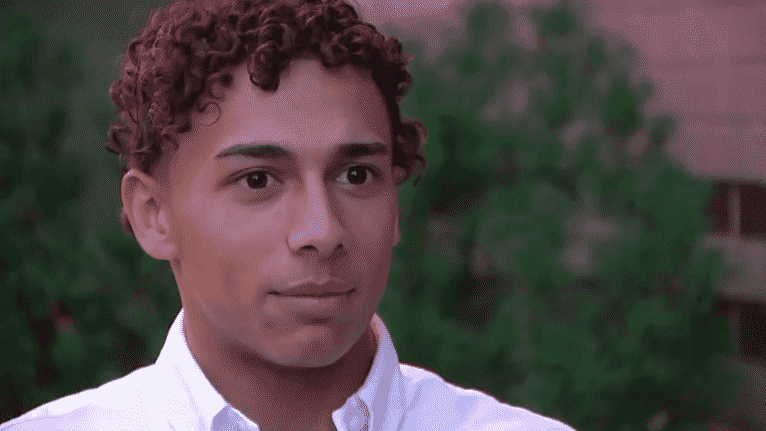 The customer that the man continued to stare at without breaking gaze was a 12-year-old girl. The girl had been pushing a shopping cart around, without any visible adult supervision.

Cameron followed the pair around and it became very clear that the two did not know each other. In fact, the teenager was absolutely sure that the man was stalking the girl around the store. Suddenly, the man decided to do something so horrible that Cameron knew he had to be stopped.

The behavior the man began to display will absolutely horrify you! 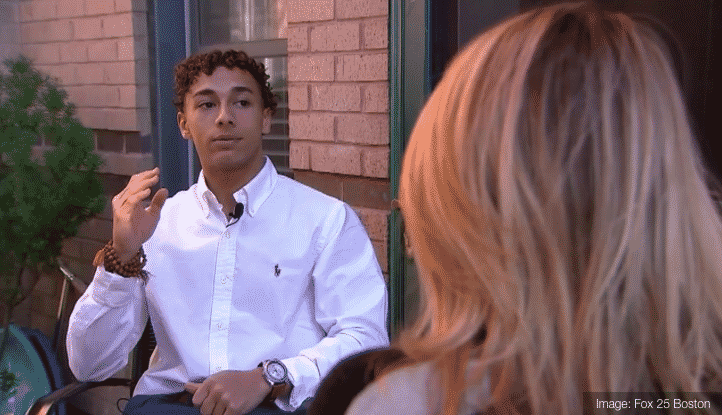 As he noticed the odd behavior he noted that the man continued to follow the girl around all throughout Target. Cameron grew very concerned for the young girl and her situation.

His next move will shock you! 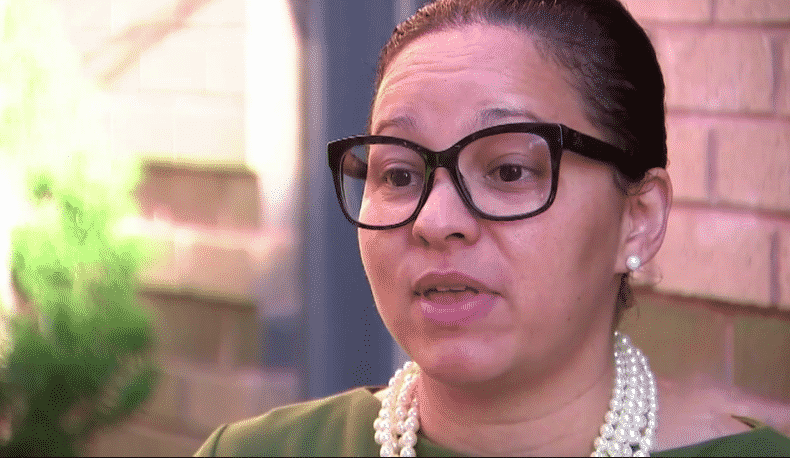 Heather, who also noticed the man, described the situation in detail to the local news as she stated, “I was close enough that I could smell the liquor coming from his mouth. It was horrible.” Heather immediately understood that the man should be avoided, but Cameron had a completely different feeling.

Suddenly, the man did something so repulsive that Cameron knew it was his time to step up. 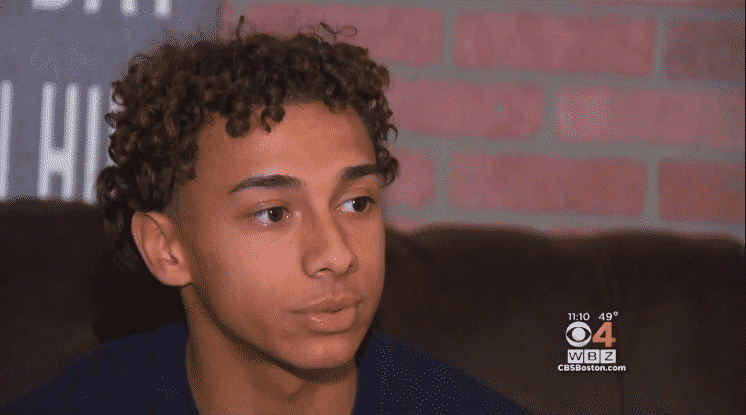 The young girl still had no idea what was going on. She quickly bent down to grab an item from the ground level and the man took it upon himself to rub his genitals against her body. Cameron saw everything happening with his own eyes and realized that the girl didn’t know what was happening.

Cameron made his move and you won’t believe the bravery that overtook him when he reacted! 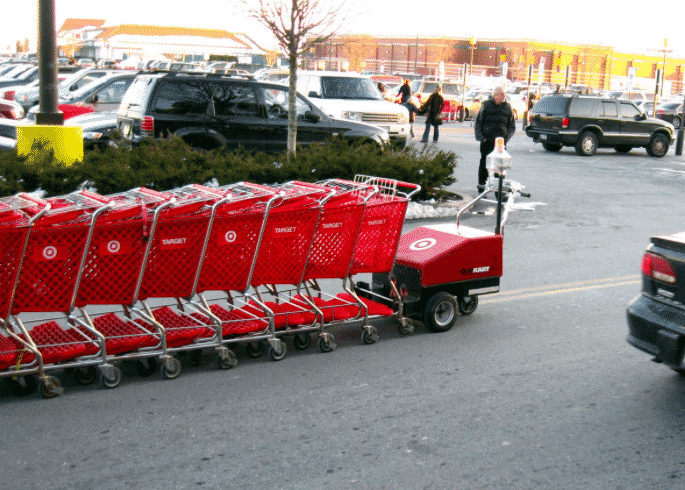 When asked about the moment by CBS Boston, Cameron clarified saying, “He made contact with her, he rubbed himself against her and she didn’t even notice it. She probably thought someone just brushed by her.”

This public act of harassment was exactly what pushed Cameron into action to protect the young girl from an obvious predator. 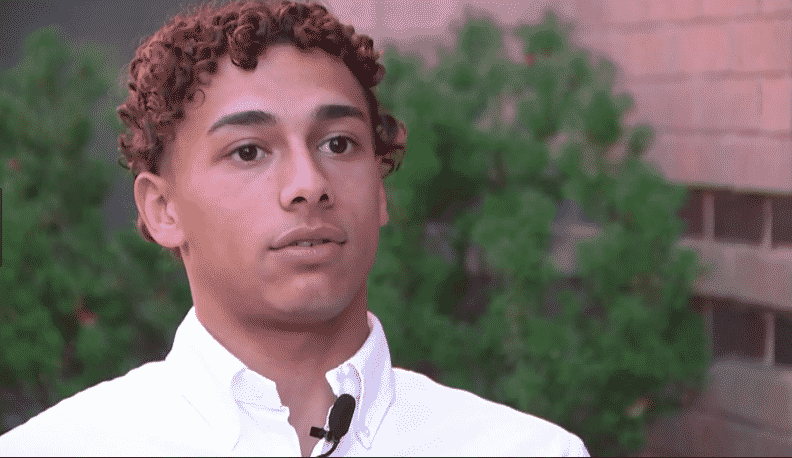 Cameron spoke out to CBS Boston stating that the confronted the man right away after that moment. “I said, ‘Excuse me, do you know her?”

The man’s response was so unnerving that the situation only became even serious for the young teenager.

He couldn’t believe the words that came out of the man’s mouth! 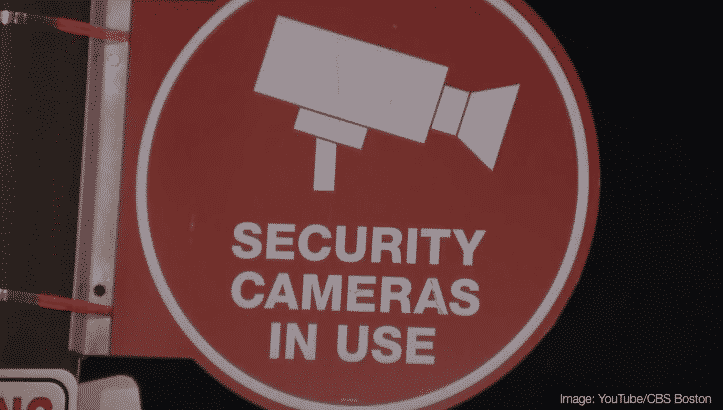 Cameron told CBS Boston about the conversation he had with the man. “He was like, ‘I’m not a pervert, I’m not a pervert.’ That’s the first thing he said to me, and I was like, ‘I didn’t ask you that.” The initial response made Cameron realize that action was necessary.

Although the man was bigger than the teenager, he did not intimidate Cameron. You’ll be amazed at how Cameron chose to handle the situation! 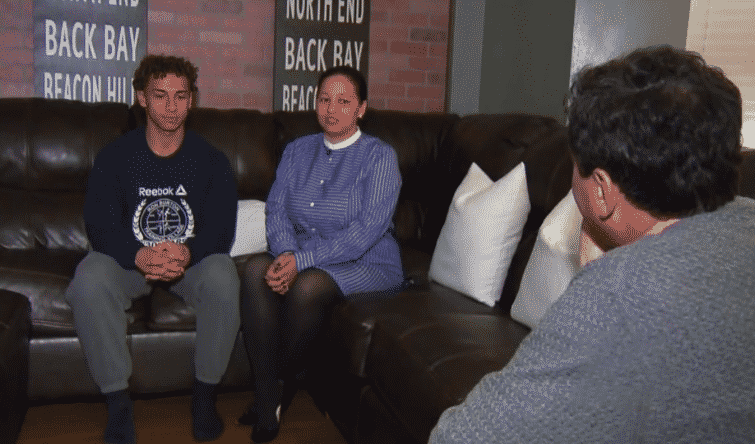 With a strong and steady tone, Cameron told the man that it would be in his best interest to leave. The man listened, not bothering to put up a fight. The entire way out he pleaded his innocence.

“He was big and Cameron had no fear at all,” Heather proudly told CBS Boston. “He just stood firm on the fact that he knew what this man was doing was wrong.”

Cameron and his mother then made an active decision to make sure that the man couldn’t harass another girl. You won’t believe what security footage caught on tape! 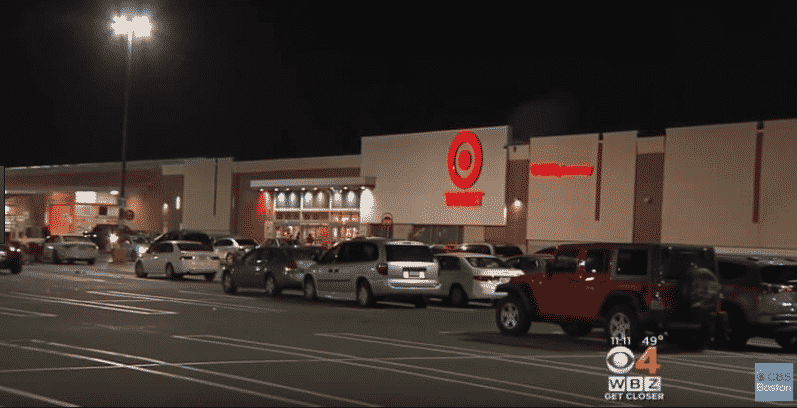 Cameron and his mother quickly found a security guard and alerted him to the situation. The police were called and surveillance footage was handed over to the authorities. On the tape was footage of the man quickly jumping into a car that had been waiting for him outside of the Target the entire time.

So what happened to the victim of the accident and why was she in the store alone? 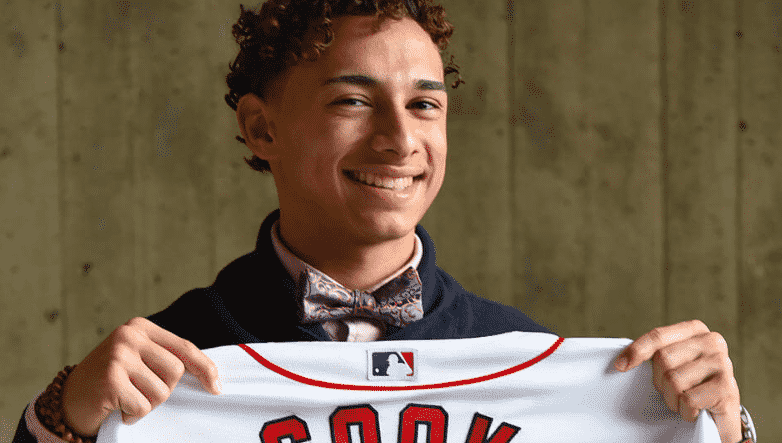 The mother of the 12-year-old girl was eternally grateful to Cameron for looking out and standing up for her daughter. The mother had been in the bathroom and did not expect her daughter to be harassed in the short amount of time that she was gone.

Cameron’s courage led him to an honor that any teenage boy would feel lucky to have bestowed upon him.

Check out the well-known sports team that honored his bravery. 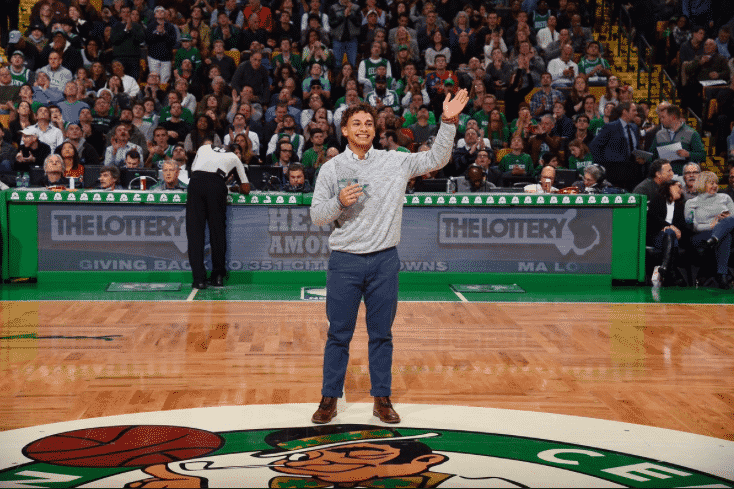 Recognizing his courage, the Boston Celtics basketball team honored Cameron through their “Heroes Among Us” program, which honors individuals who have made a positive impact to the community. Cameron felt incredibly honored, but it was his mother’s words that really resonated with him.

So what did his mother say that could have stood out so much to him? 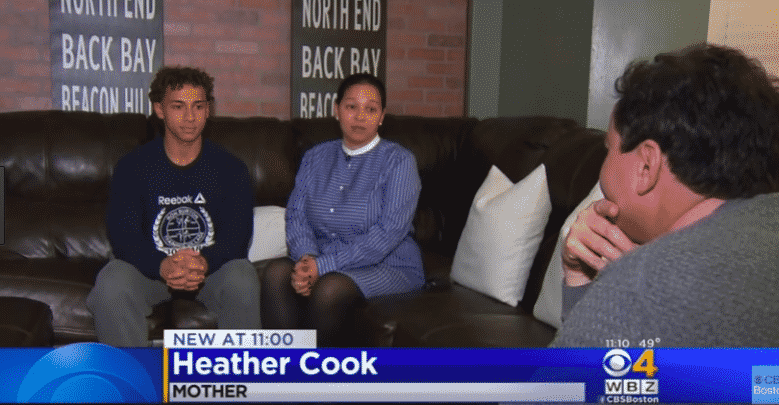 “I’m very proud of him, but it’s totally within his character,” Heather told CBS Boston. “He’s not afraid to do what’s right.”

Cameron was moved by his mother’s words and was incredibly grateful to have been able to prevent the situation from escalating further.

So what were Cameron’s final words regarding the situation? You won’t believe what he thinks. 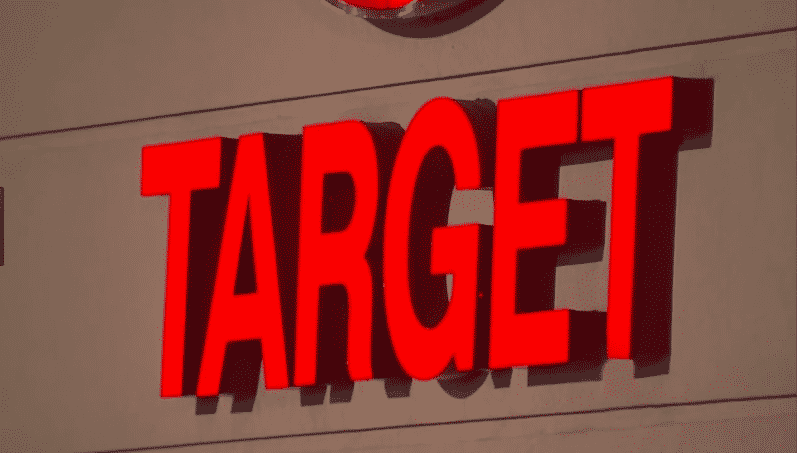 Despite saving a young girl from a very traumatic experience, Cameron has remained very humble about the entire situation.

“I’m just happy I was there to protect her,” he said. “Because you never know what could have went on.”

Be sure to share this with anyone who needs a reminder that there are amazingly brave people out there!