Little Boy Was Waiting Alone In School For Mom To Pick Him Up For His Birthday Party, But Then He Hears Police Sirens And Everything Changes

Birthdays are supposed to be the happiest day of the year, especially when you’re a little kid! There’s nothing more exciting than gathering up all of your friends and family to celebrate. However, one little boy’s birthday turned out to be horrible in every way possible. Even his own mother let him down that day. Then, the cops were called to school to pick him up and his entire day changed from there on… 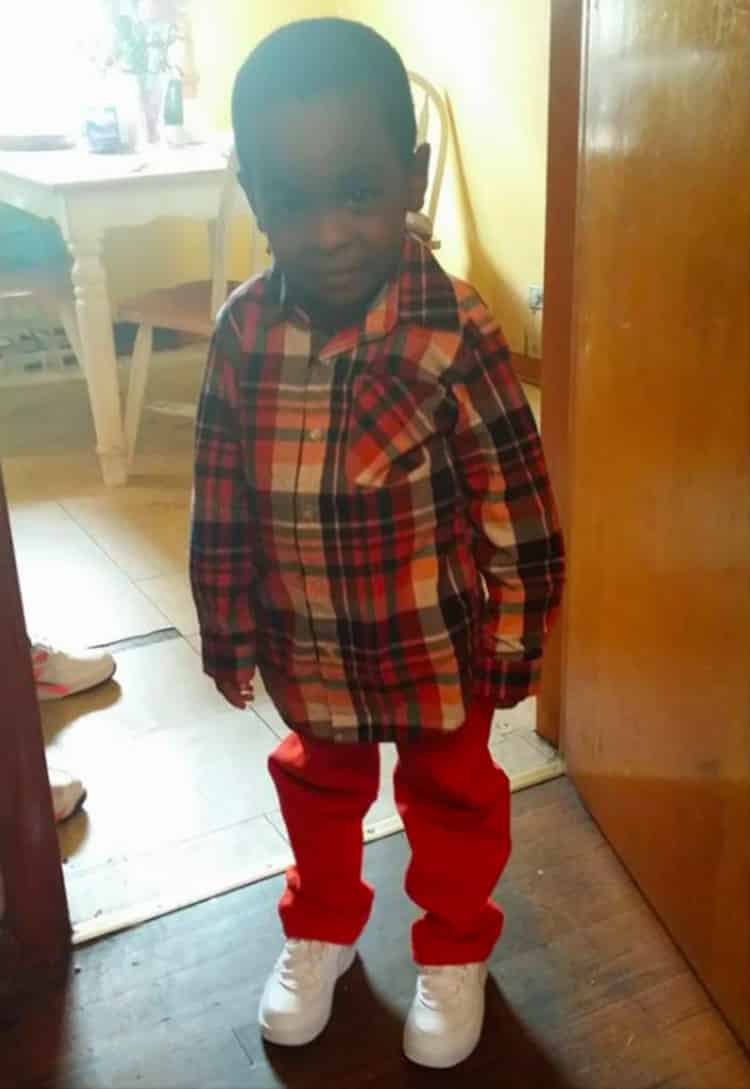 Here we have birthday boy, Tom. On the day of his birthday, Tom quickly rushed down the stairs to see if there was a celebration waiting for him downstairs. However, all Tom found out was that his mother had forgotten his birthday again. 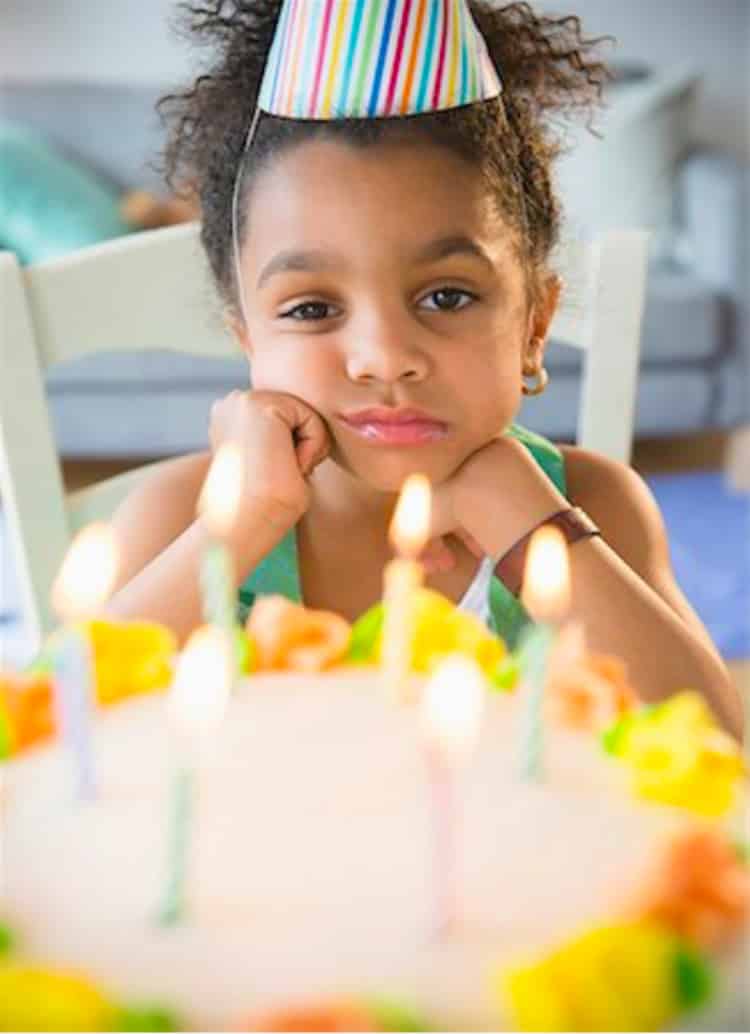 As a kid it can be devastating to have your birthday be forgotten. It is especially upsetting when your own mother forgets your birthday. However, Tom decided that he would keep his head high and hoped that his mom would make it up to him later that day. 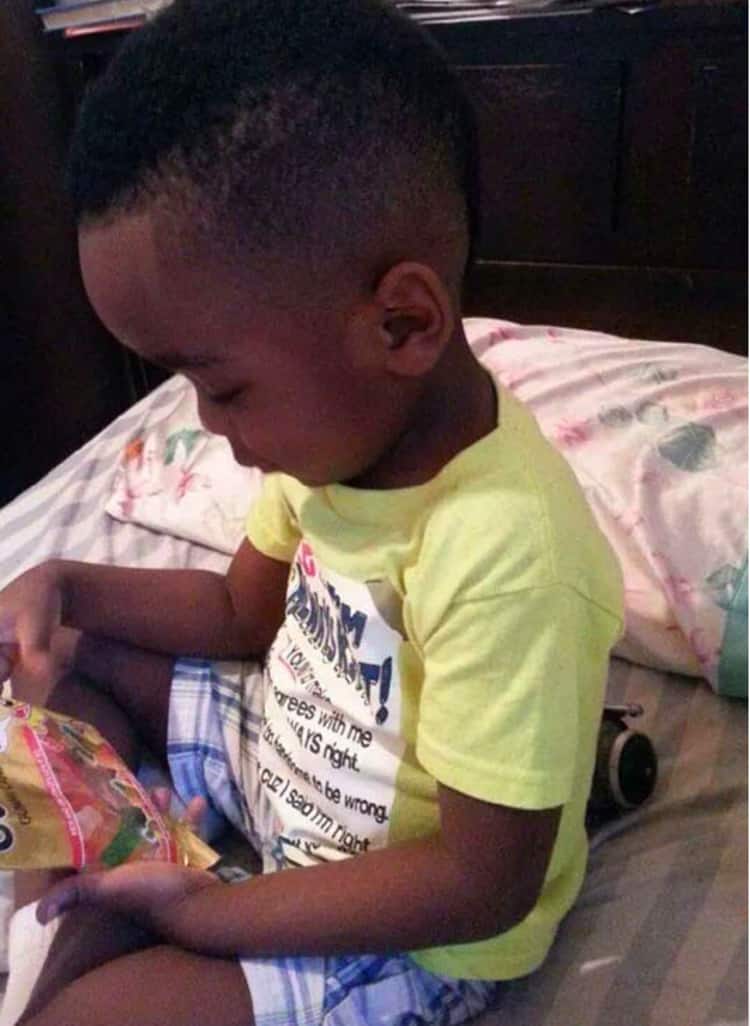 As his mom got closer to Howes Elementary, Tom decided to remind his mom that it was his birthday. However, his mom said that she didn’t forget about his birthday at all! In fact, she had an amazing surprise waiting for him after school… 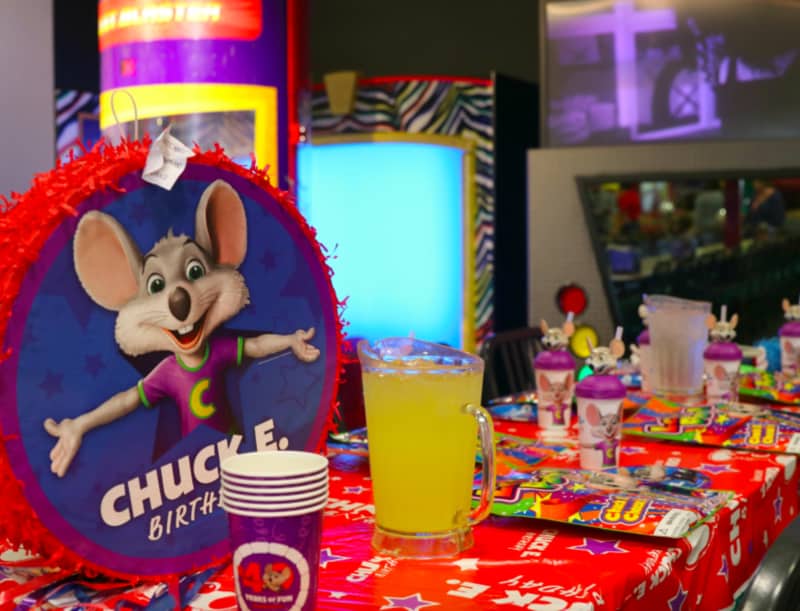 Tom’s mother soon told him about the awesome party at Chuck E. Cheese that she has planned for him. She told him that she invited all of his friends and that it would be happening after school. Tom was so excited about his birthday party that he could hardly contain himself. His mother then gave him a bag of candy and sent him off to school. However, Tom had no idea that the party would never happen… 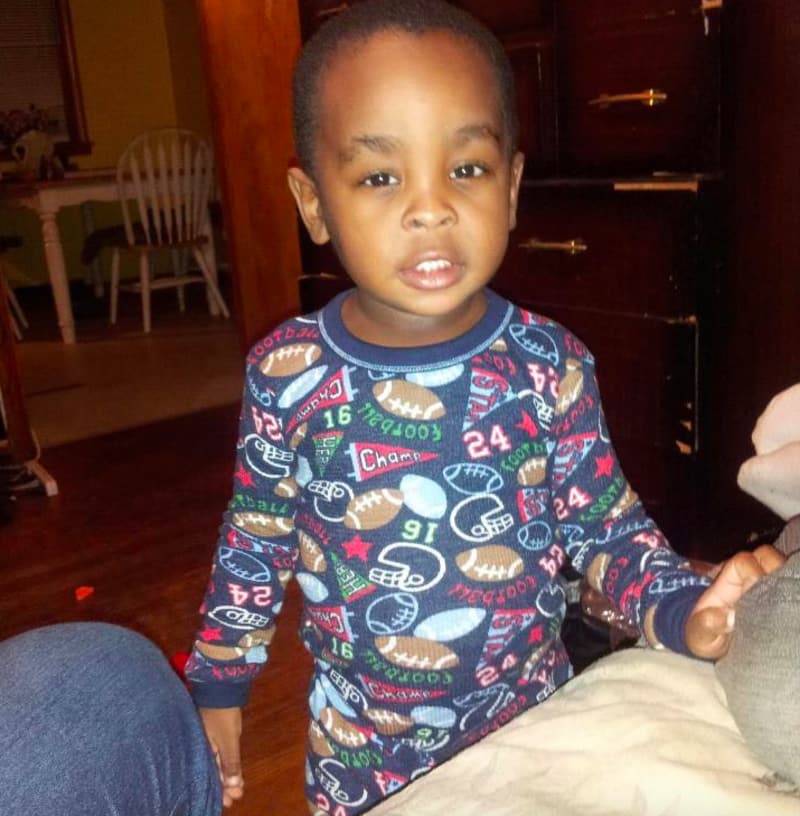 You see, Tom’s mom is a single mom and she is constantly working. In fact, she had been working 3 different jobs to make ends meet and from 5AM to midnight, she would constantly work. Even though she worked an hour and a half away, she always made it just in time to pick up Tom.
Since she worked so much, she wanted to make sure that she was able to spend her son’s birthday with him. 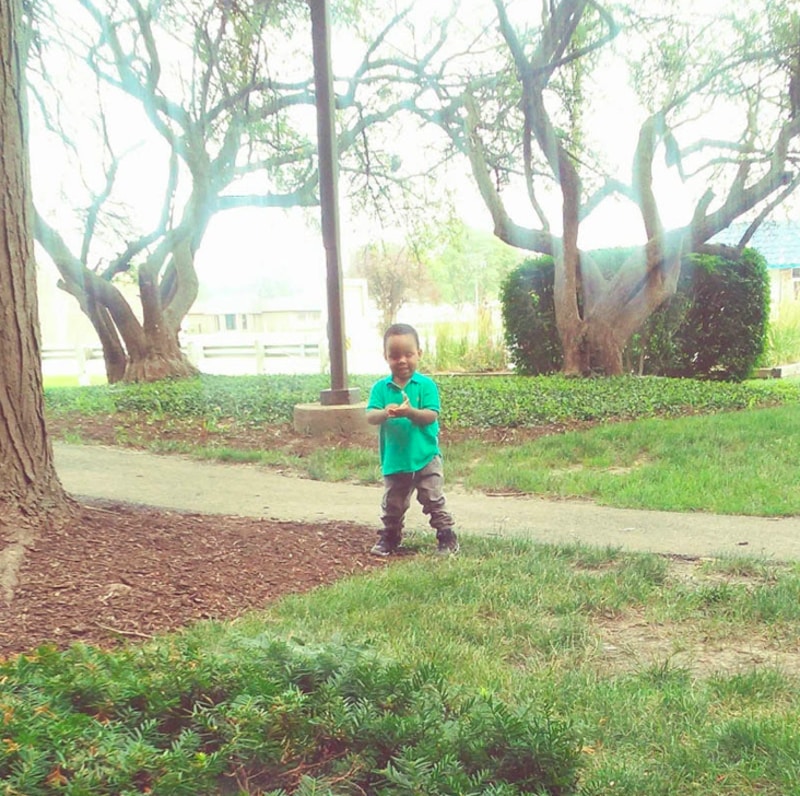 Finally, it was the end of the day and Tom began to ask all of his friends if they were excited to go party at Chuck E. Cheese. However, none of his friends had any idea about what he was talking about. Still, Tom had faith that his mom would pull through in the end. 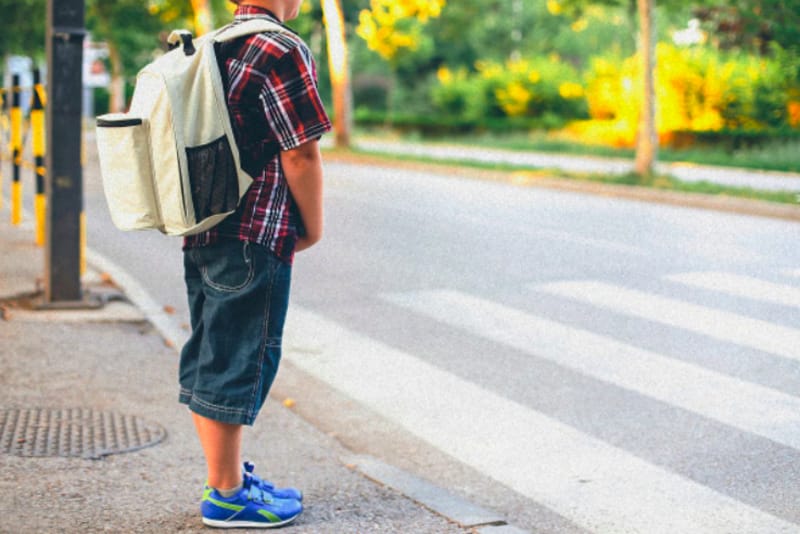 The school day had finally ended and Tom was waiting outside for his mother to come pick him up. She was usually always on-time, so he patiently waited expecting her to come at any moment. However, soon enough he was the last child standing and his mom was nowhere to be found. 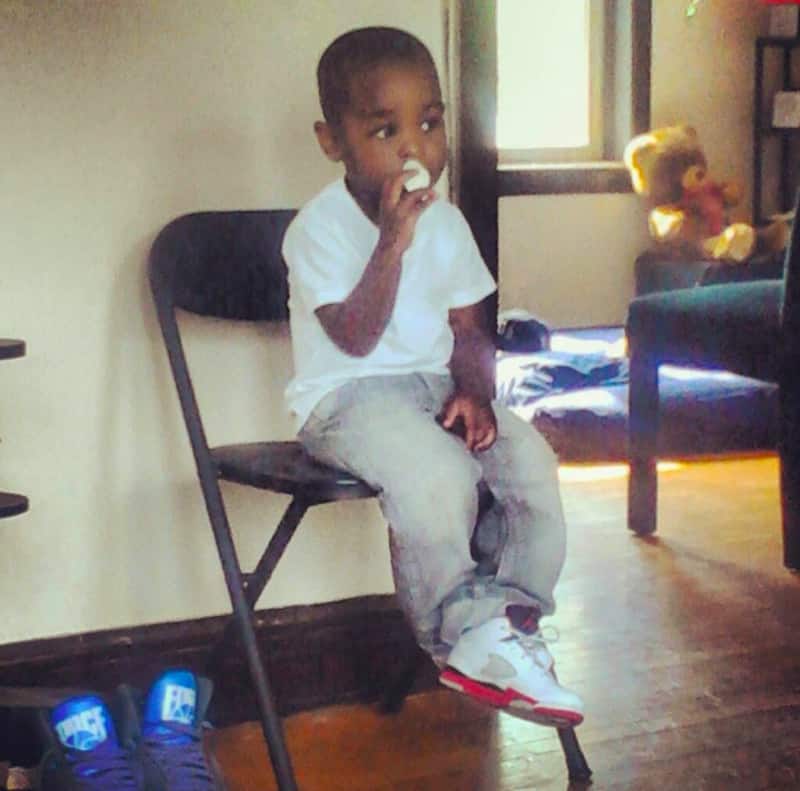 Eventually, one of the teacher’s noticed that Tom was standing all by himself. The teacher went over to ask Tom who he was waiting for. He told her that he was waiting for his mom but that she hadn’t shown up yet. So the teacher decided that she would take Tom back inside the school and call up his mother to see where she was. 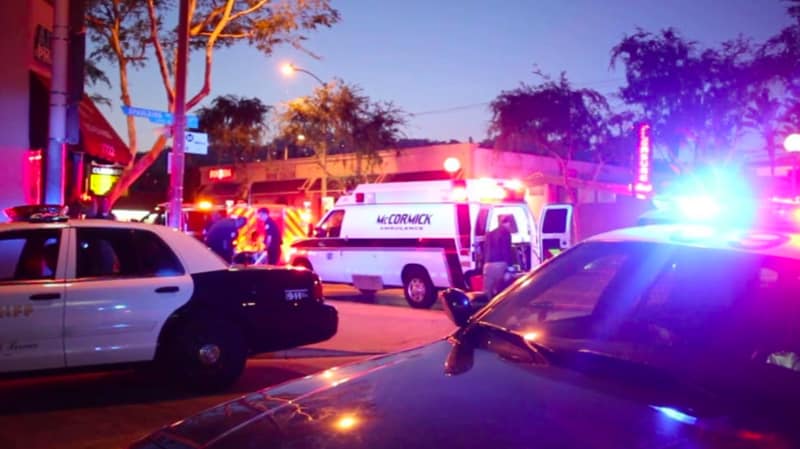 So, the teacher quickly got Tom back inside of the school and looked for his mom’s number. However, as soon as she called his mother she was greeted by the sound of sirens. It seems that Tom’s mom had been involved in a crazy day and she quickly shared an update with the teacher. 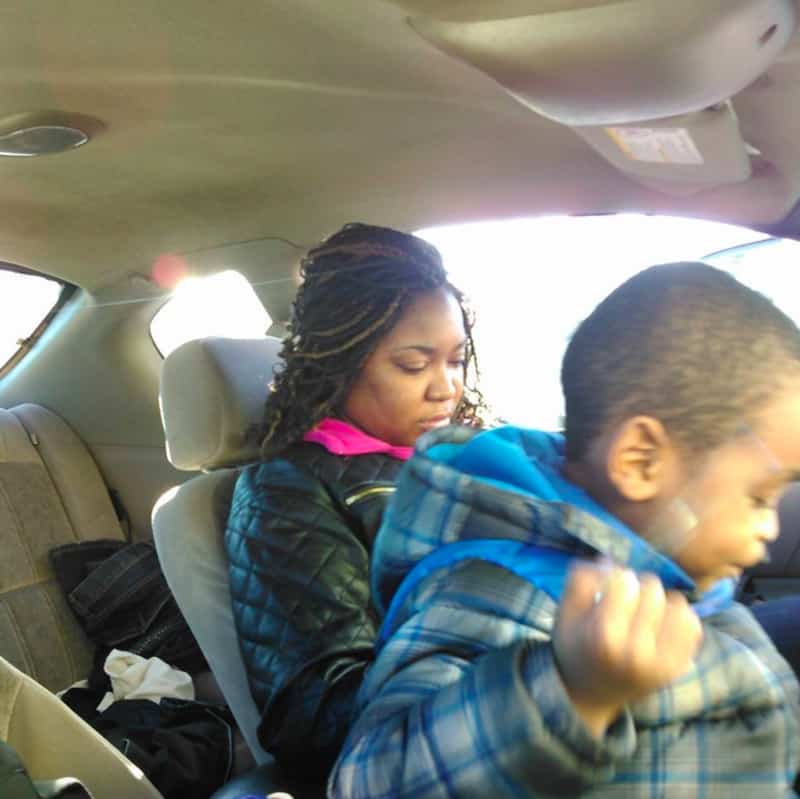 It seems that Tom’s mother was having an incredibly hectic day. As she was backing out of her parking space after work, a car came out of nowhere and clipped her. The driver of the vehicle then dramatically fell onto the ground and claimed that he had whiplash. Tom’s mom was sorting through the chaos as the fire department and police arrived on the scene. She had no idea when she would be back for Tom. 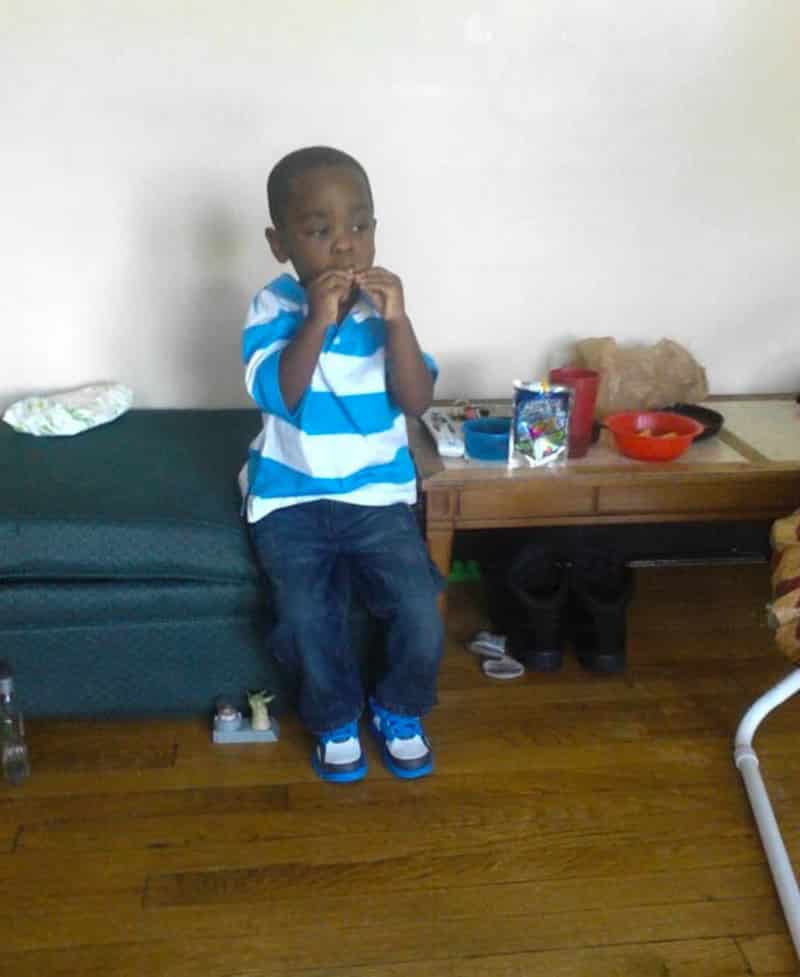 The teacher then brought Tom into the administrative office so that she could find an emergency contact for him. As she searched for that, she heard Tom tell the secretary that it was his birthday and that he was excited to go to Chuck E. Cheese. The teacher didn’t have the heart to tell him that he probably wouldn’t be going. As she searched for an emergency contact she soon realized that none came up. 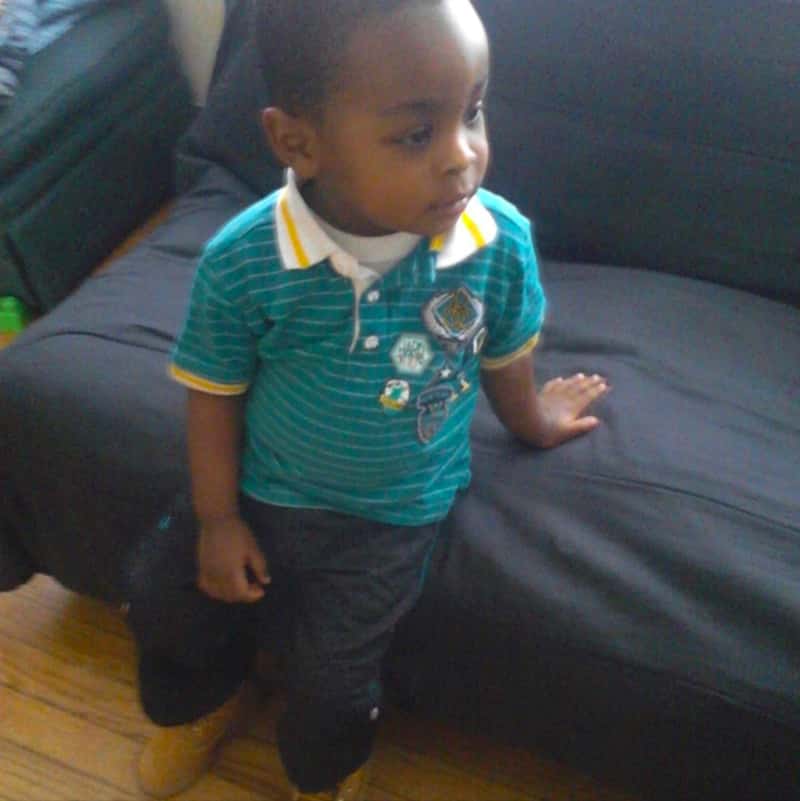 As the teacher attempted to make sense of Tom’s file she realized that it was all a big mess. The only emergency contact information that she had was Tom’s mother. There was no one else that she could call to pick up the little boy. 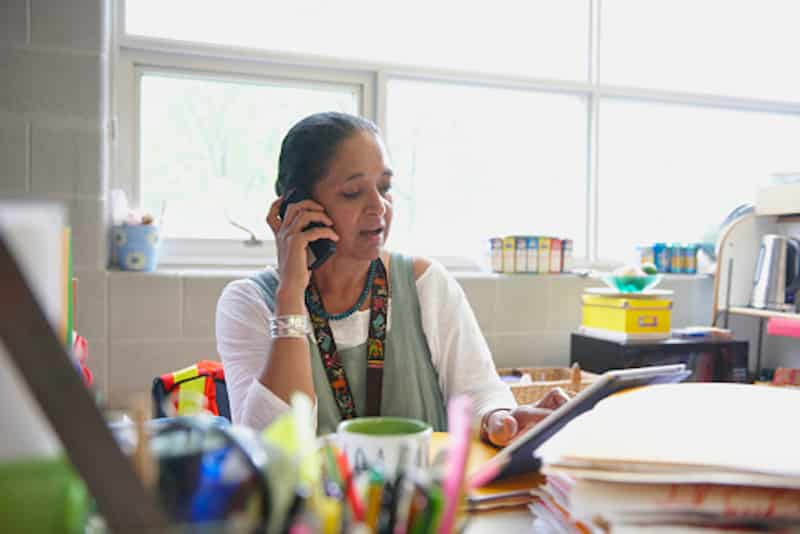 The teacher needed to act fast – after all, she couldn’t leave Tom all alone. So she decided to do the only thing she could think of at the time. She decided to call the police… 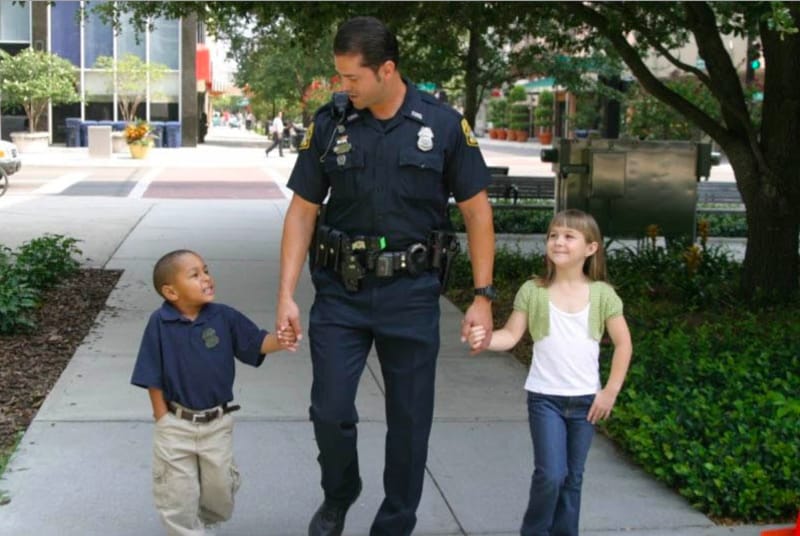 The teacher quickly called up a police officer because she knew that the child needed someone to watch after him. Soon enough, Officer Darryl Robinson was dispatched. As soon as he got to the school he instantly recognized Tom! He had seen Tom before and knew that it was Tom’s birthday today and he wanted to know what was going on. 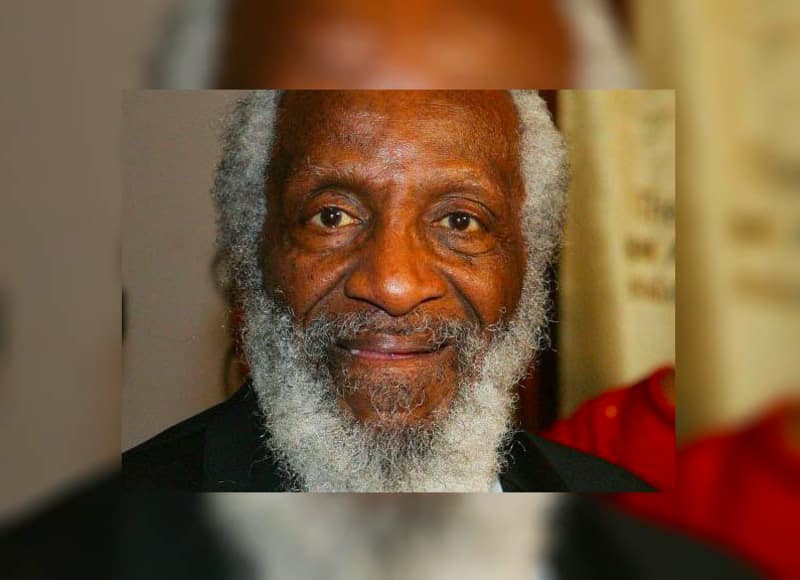 Officer Darryl happened to be familiar with Tom’s grandpa. So he gave his grandpa a call and told him that he would be dropping him off at his house. However, before bringing him over, Darryl asked Tom’s grandpa if he could give Tom a ride around town in his police car since it was his birthday. Tom’s grandpa was more than okay with that and the adventure soon began! 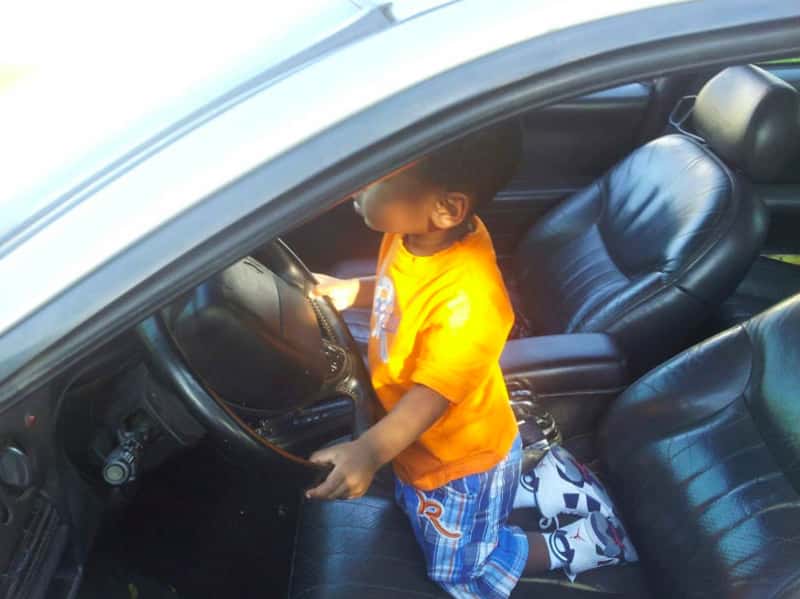 “He had to sit in the back, but he seemed to love it,” Officer Darryl explained. Tom absolutely loved being in the police car and while he sat there he began to tell the officer about the Chuck E. Cheese plans that fell through. Officer Darryl’s heart sank when he found out that the boy’s birthday plans had been completely ruined. So the officer decided to help out once more. 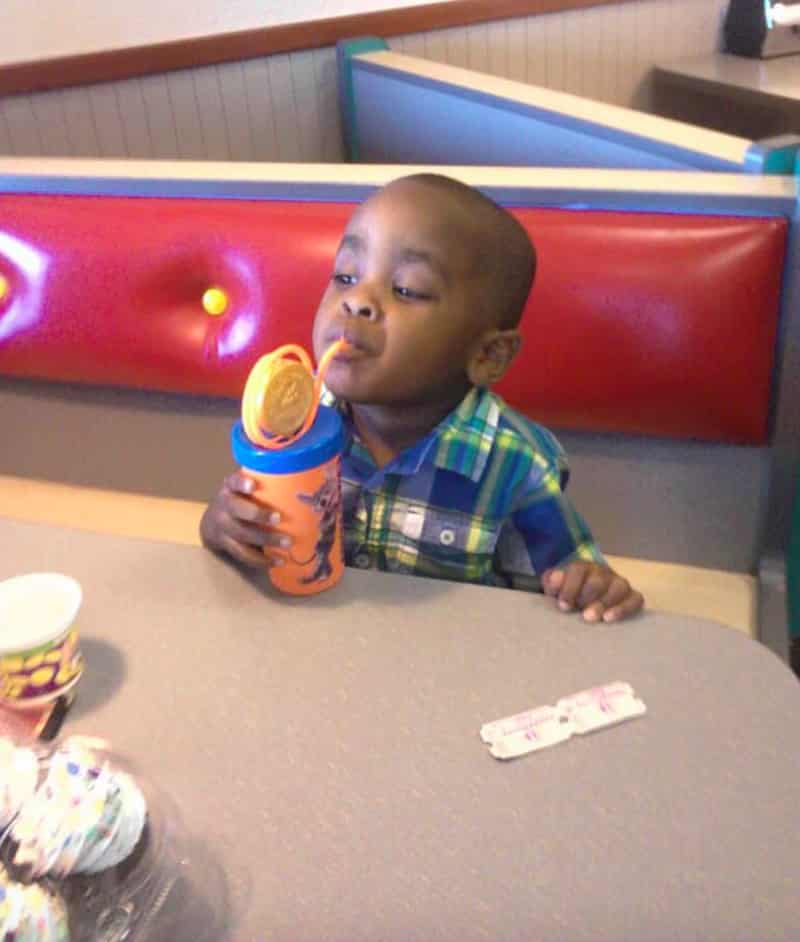 Police officers of Green Bay are issued one cheeseburger voucher from the local McDonald’s. So Officer Darryl decided to treat Tom to a cheeseburger from McDonald’s. Tom was super happy that he got to have some McDonald’s for his birthday, however, he had no idea that there was still going to be another pit stop! 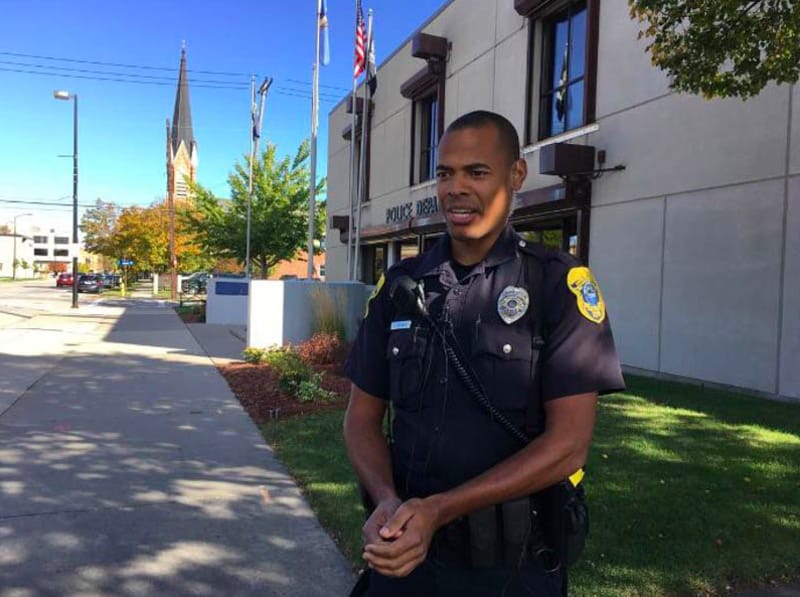 Officer Darryl decided to treat Tom to one last thing. He decided to bring him over to the police station so that he could see how things got done there. In fact, a few fellow officers put together some last minute gifts for Tom that included a pack of Green Bay Packers cards and a few stick-on tattoos. 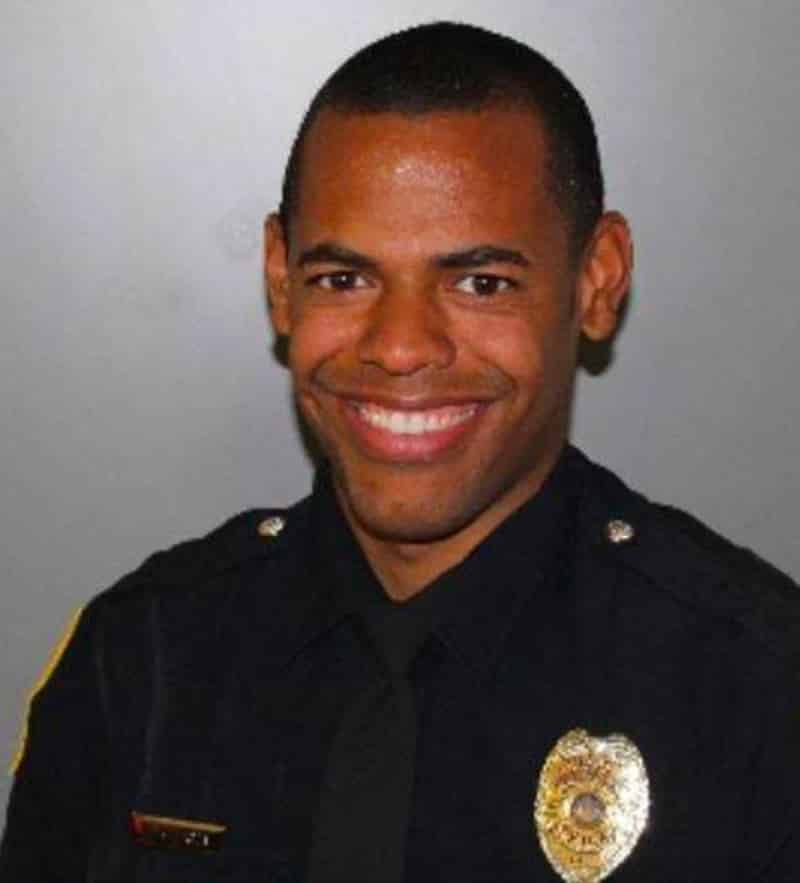 Tom was so grateful to Officer Darryl for helping to make his birthday special. The story of Officer Darryl’s kindness quickly went viral. “If I can have the impact [my police captain] did for me, and he could choose a career in law enforcement and keep this cycle going, I think it would be great,” Officer Darryl stated. 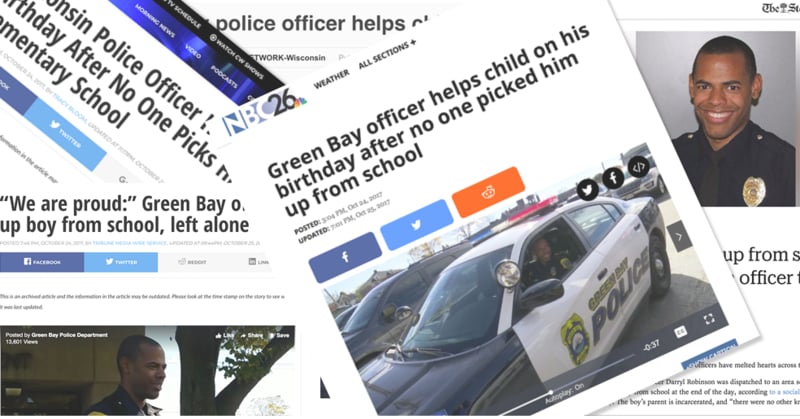 “I didn’t know this was going on social media,” Officer Darryl admitted. “Officers do this everyday. Not just police but different public service jobs as well —teachers, social workers. All of us do this, it’s not a rare occurrence.”