Driving a UPS truck and making deliveries all day long can sometimes be a lonely job. However, one UPS driver has figured out a great way to make the day go by in a happier way. These UPS drivers have been making waves on the Internet thanks to their love of dogs! 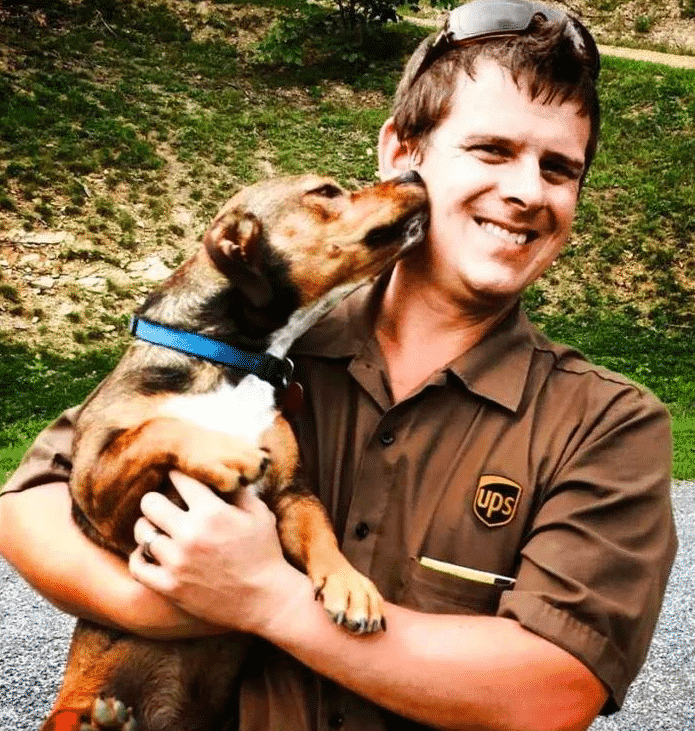 Sean McCarren is a UPS driver that makes his rounds in Falling Waters, West Virginia. Being a UPS driver often entails driving alone while delivering people’s long awaited packages. However, McCarren has found a way to make his job even better! 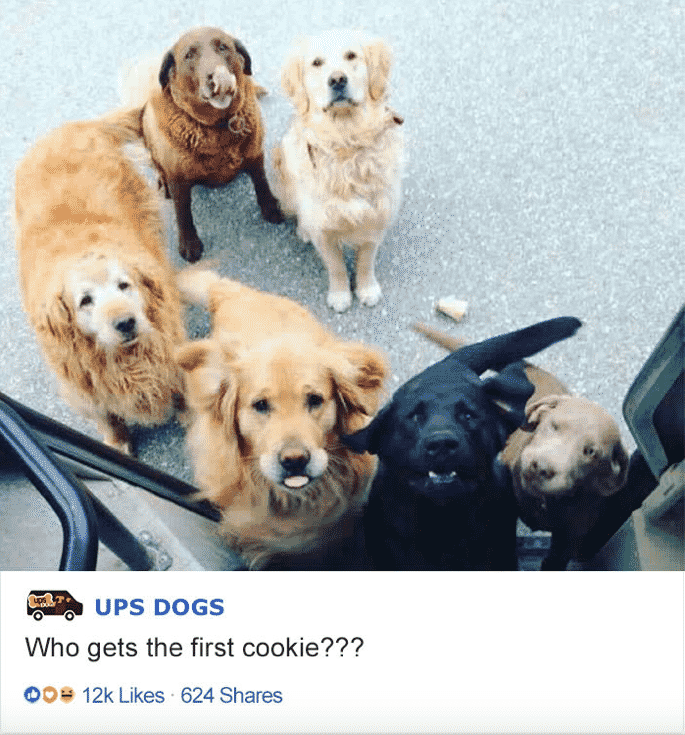 On his daily route, McCarren greatly looks forward to meeting a dazzling array of four-legged fur-friends! That’s right, each day McCarren says hello to many of the neighborhood dogs that can’t wait for his arrival. 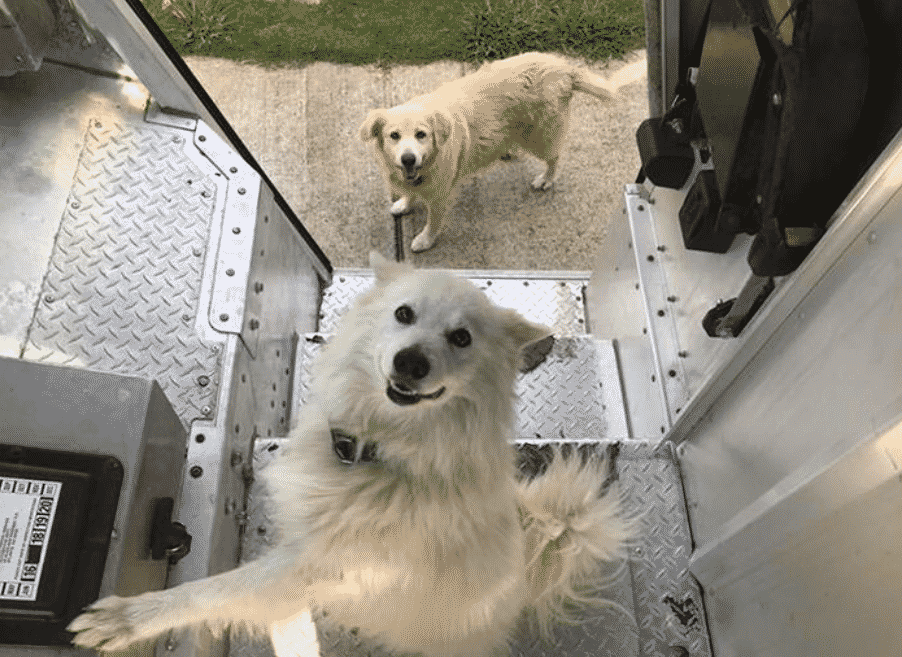 Each day, McCarren also comes prepared for the dogs. He happens to keep a box of doggy treats in the car so that he can give them to the dogs that he meets along the way. Keeping treats in the UPS truck is also not as uncommon as you’d think! 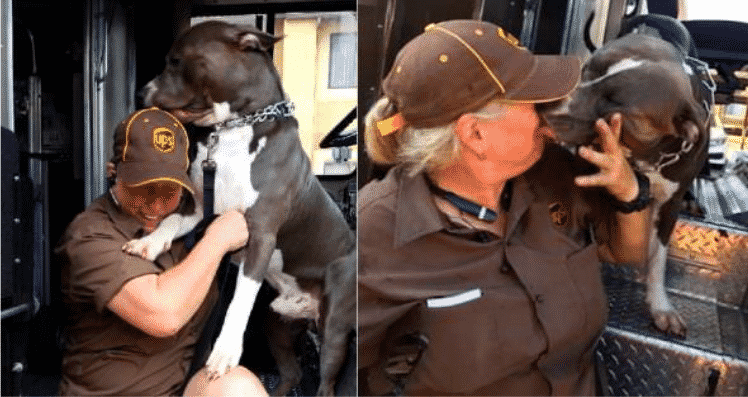 “I know people who buy a couple of boxes a week,” McCarren told TODAY. “As soon as you deliver to a stop, especially in rural areas, (the dogs) start popping up in your truck.” 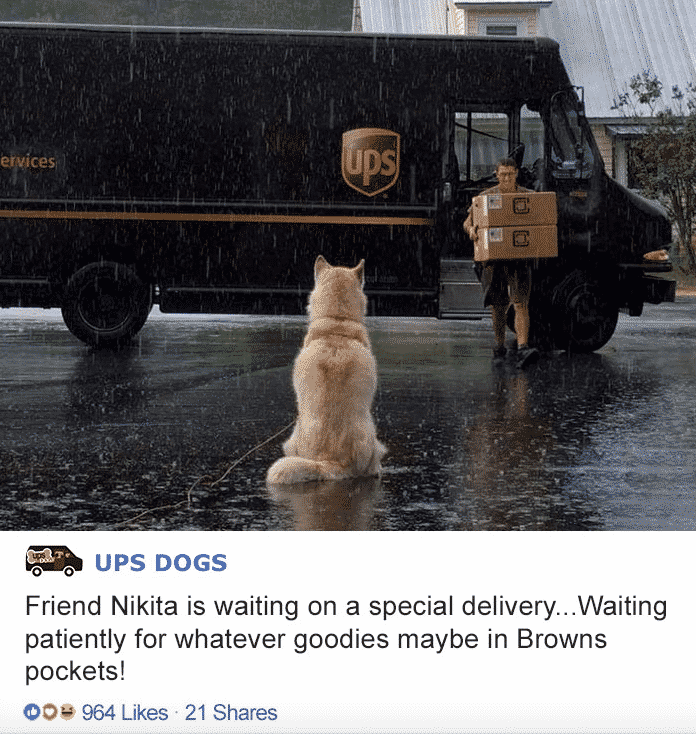 McCarren truly cares about the dogs that he meets on his daily routes. Some of them he sees everyday while others just happen to pop up and make friends with him on the spot. He loves the dogs very much and is always eager to see them. 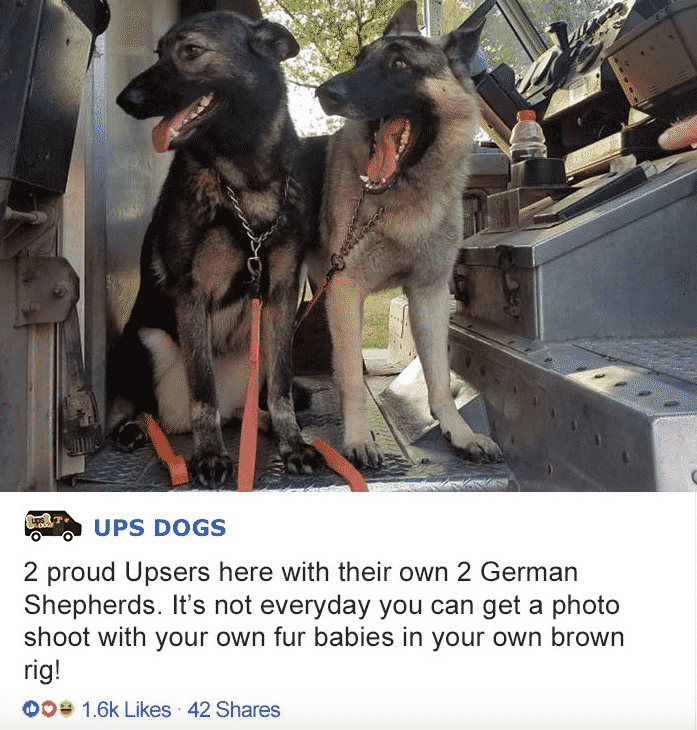 “They become a part of your family, kinda. They’re expecting you. The worst is when you run out of treats … next time, they get a double treat!” he said, jokingly. 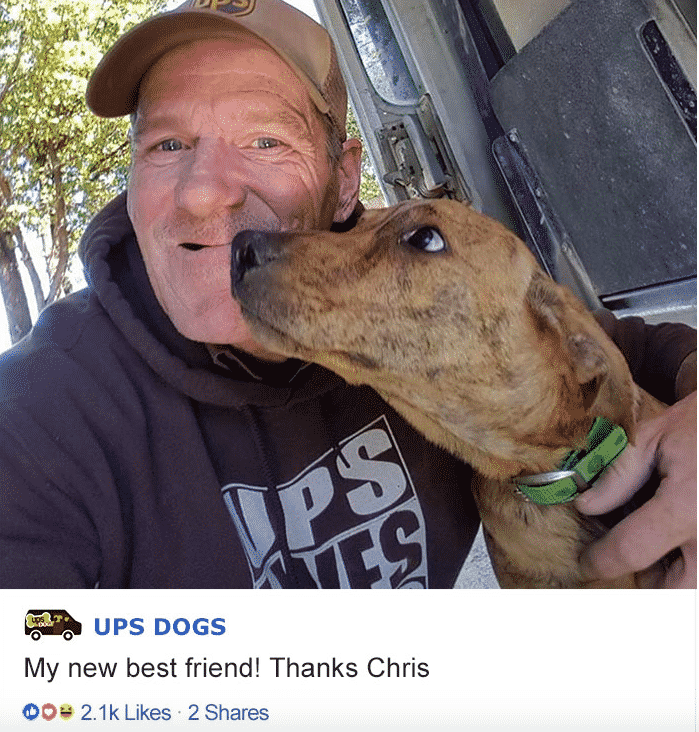 Many other UPS drivers followed McCarren’s lead and began giving out treats to many of the dogs on their routes. Soon McCarren and many of the other drivers started sharing photos amongst each other of their adorable furry friends. 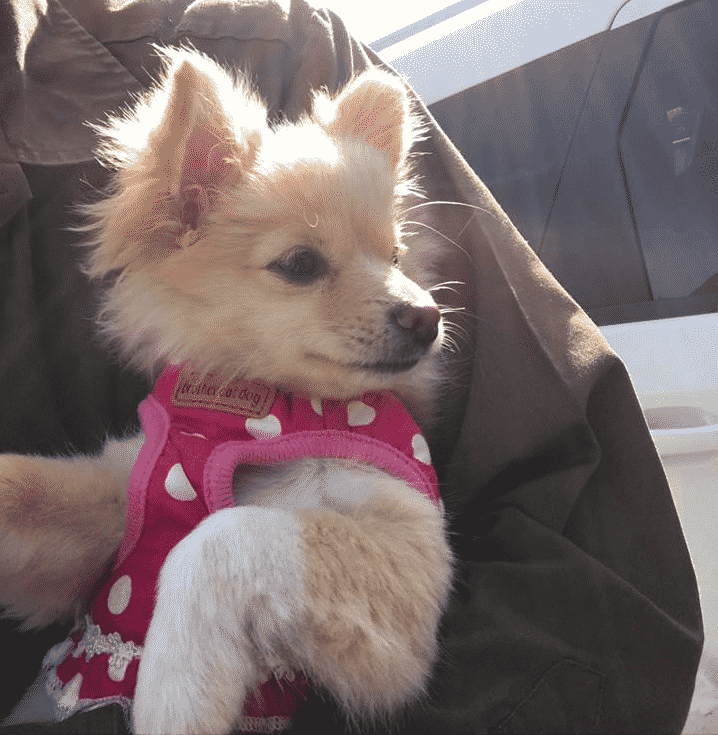 Eventually, McCarren started to notice that his phone was practically blowing up with dog pics! That’s when he decided to create a Facebook page where all of the drivers could post their photos. He called it UPS Dogs. 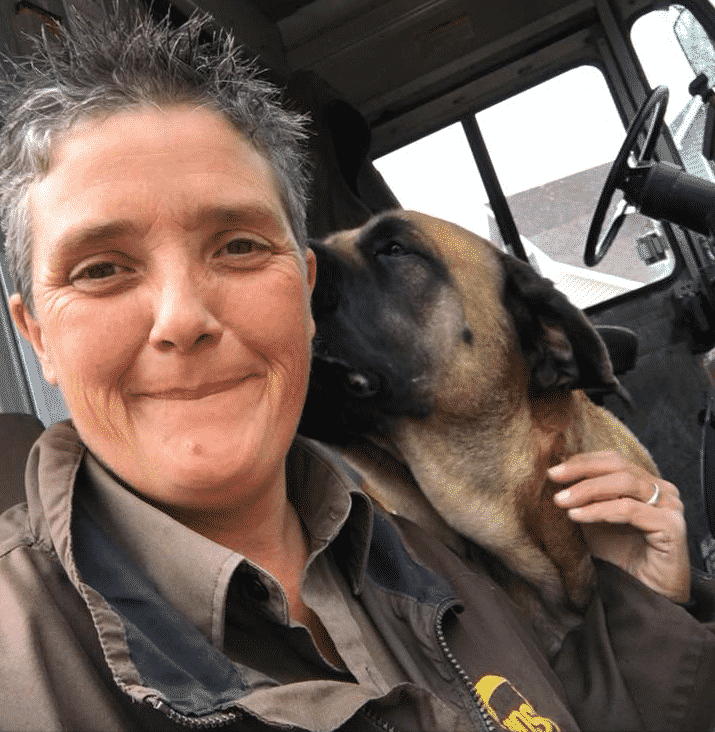 The Facebook group started off pretty small. McCarren invited drivers that he knew and they began sharing photos amongst themselves. However, things slowly started to shift as more people got involved. 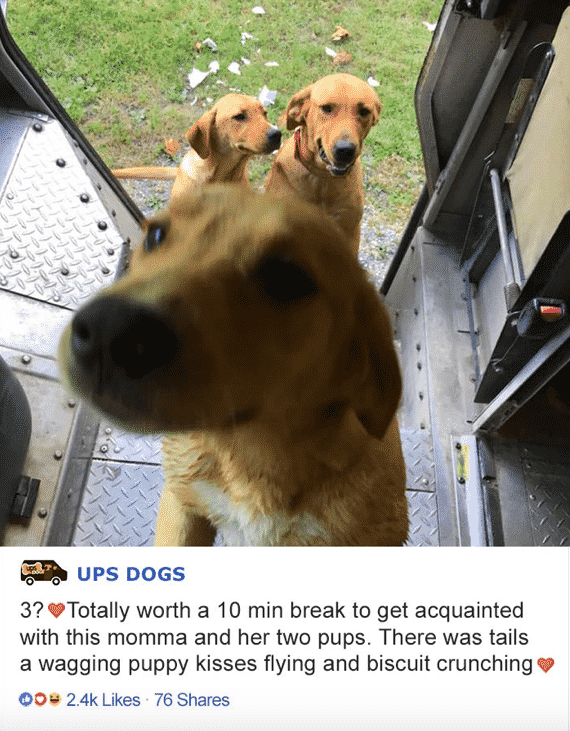 Eventually, more than just McCarren’s local drivers were added to the group. Many drivers added friends and even family members to the group so that they could enjoy the cuteness. Little by little the page started to go viral. 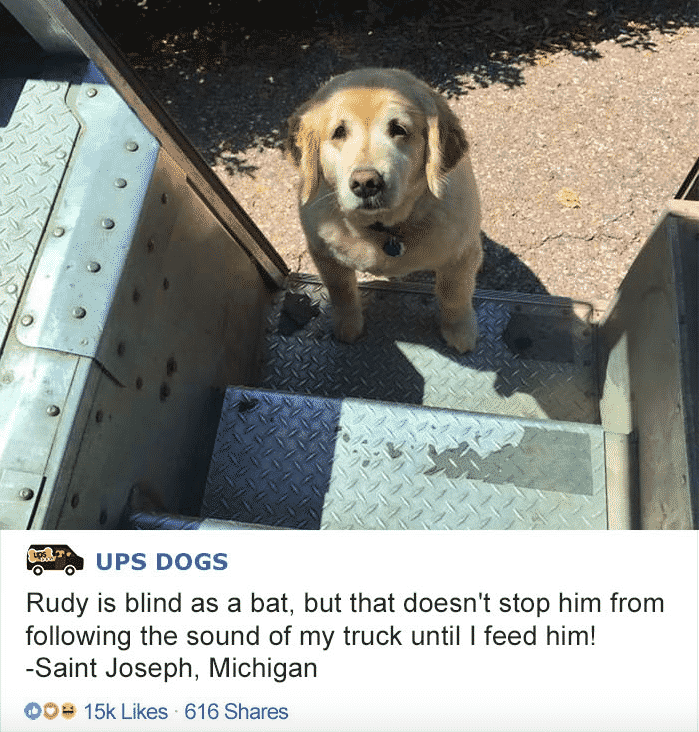 “At first I started adding a couple of local drivers, then it starts to spread. Slowly it trickles out. Some lady from Spain a few years ago liked the page — people from London, Germany. It’s really catching fire,” McCarren stated. 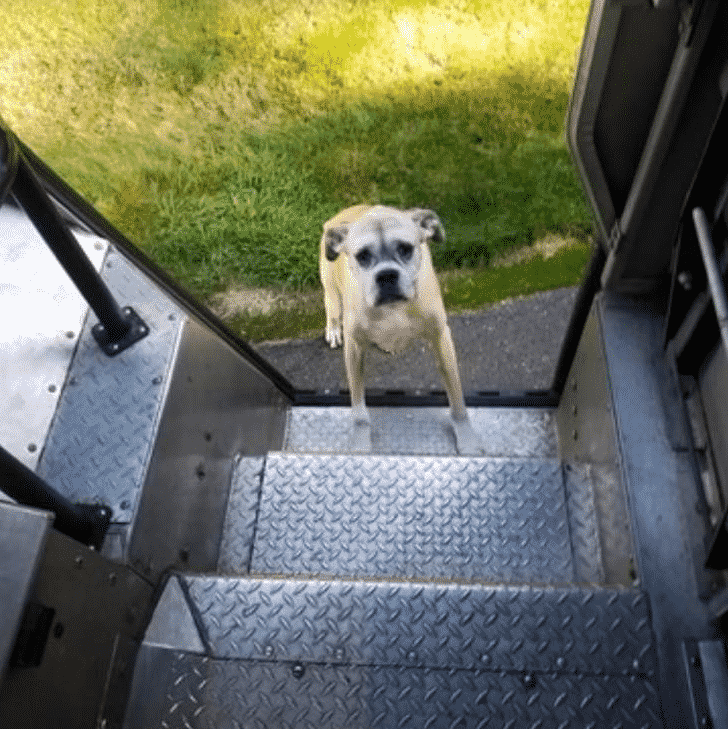 Since the page first started it has acquired over a million fans! There are contributors from all over the country and around the world sharing their experiences as a delivery driver that interacts with animals. It’s turned into an amazing community. 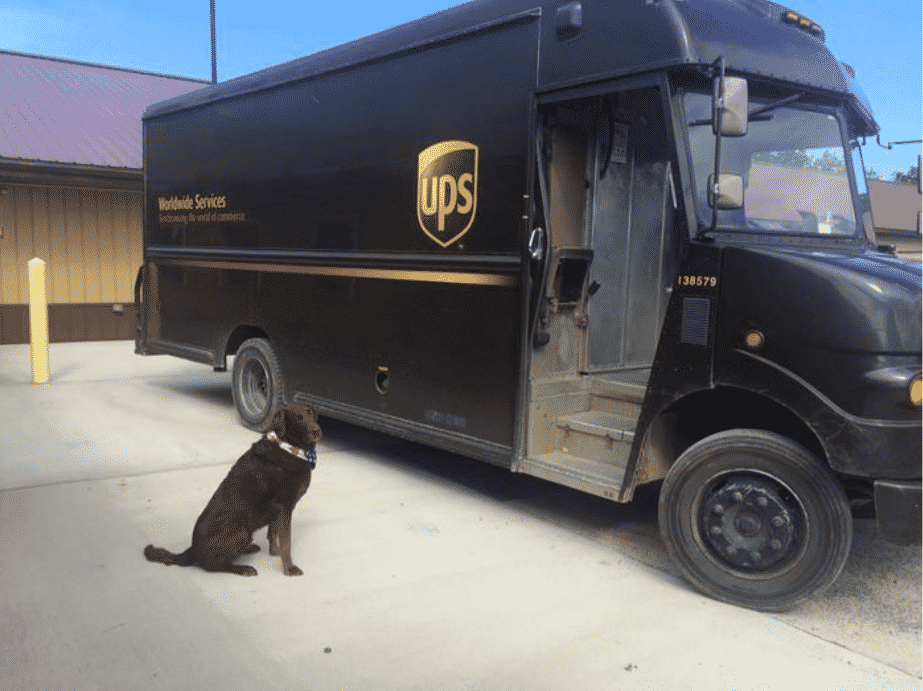 People from all over have been sharing their own stories with others. There are photos, videos, experiences, and everything in between and more. McCarren is so amazed at how much this group has managed to impact others. 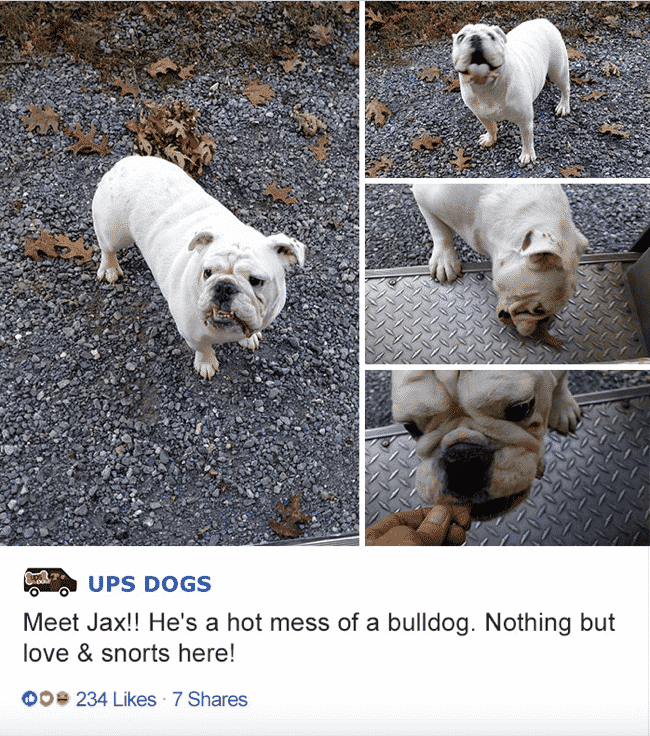 One driver named Katie Neuhauser had an amazing story to tell. She adopted a pit bull named Leo after she found out that his owner had passed away. There has even been stories with animals that aren’t dogs as well! 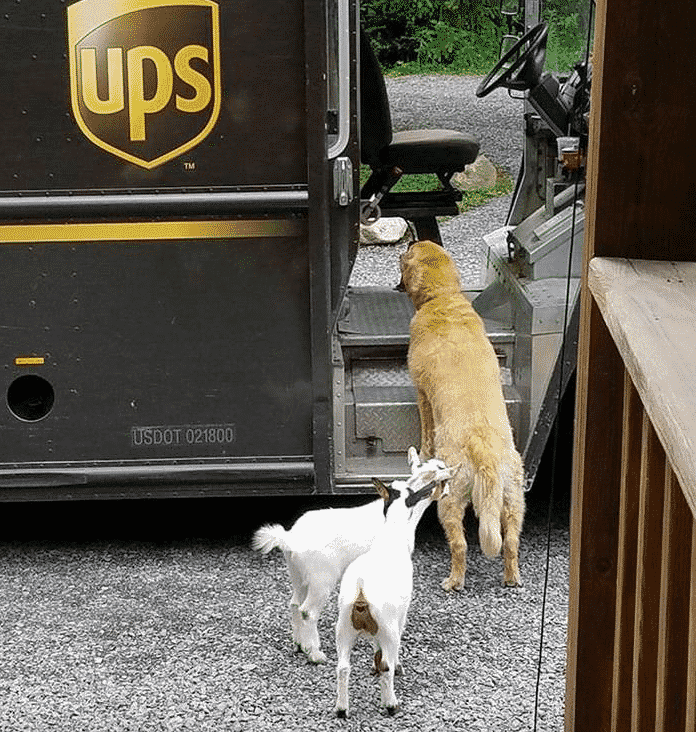 Many drivers have posted stories about meeting up with cats, deer, pigs, and many other animals. However, some drivers have even begun to use the group as a support system during times of great loss. Members in the group off their advice and condolences. 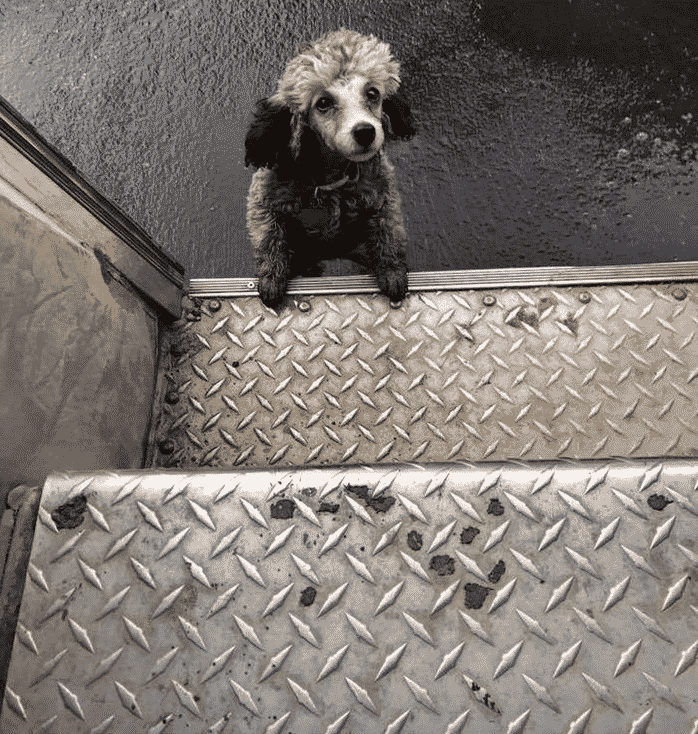 “There’s sadness, when you lose dogs on the route,” McCarren explained. “Last year I lost a dog, Belle … She would come out and greet me and expect a treat, and then she died suddenly last year. You see (these dogs) every day. It’s tough on the families, too.” 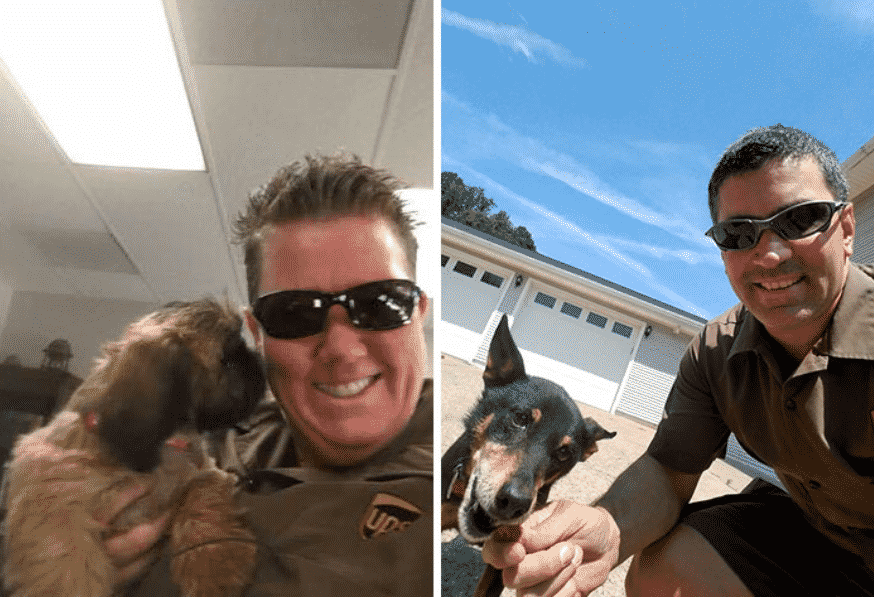 Although McCarren loves how much the group has transformed over the years there is still one thing that will remain constant with him. His first love will always be dogs! 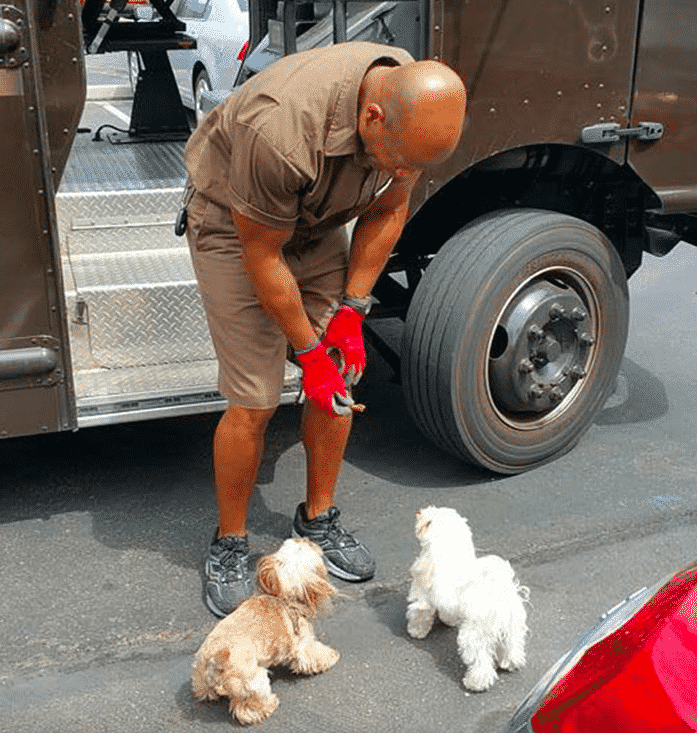 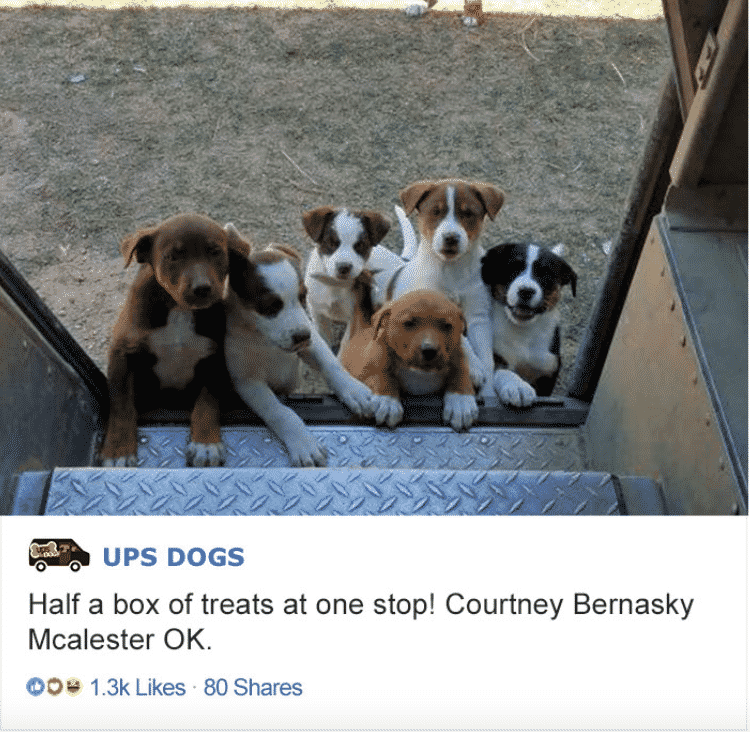 McCarren’s sentiments are echoed by many of the members of the group. “I’ve gotten what feels like a billion messages saying, ‘This is the best page ever!'” McCarren shared. 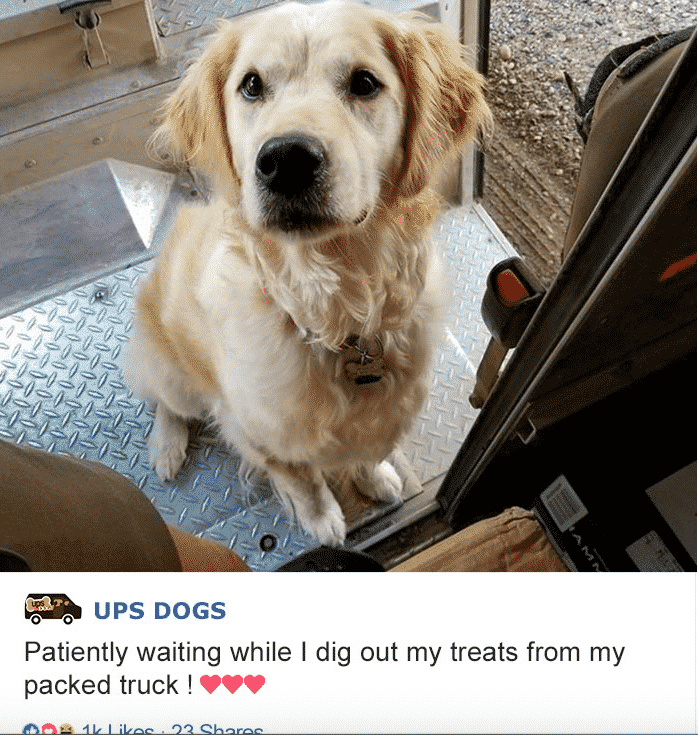 “Not just, ‘Hey, can you post my dog,’ but outpours of, ‘Thank you, this is great’ … It’s cool to see how it just brought everybody together,” McCarren stated. It is amazing that one Facebook group has managed to bring together so many people around the world.