In 2008, Kelly and Donovan Accettola decided to adopt their very first dog. He was an Italian Greyhound that they decided to name Bemis after their favorite singer, Max Bemis. However, what Kelly and Donovan didn’t expect was to lose Bemis just two years after bringing him into their home. 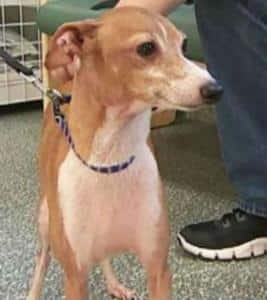 19. The Decision to Adopt 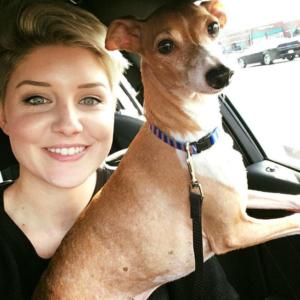 Kelly and Donovan met while working in the U.S. Navy. Kelly was a combat medic and Donovan a nuclear engineer. Their job demanded that they be deployed often and usually they would spend long periods away from each other. They found themselves very lonely when they were without their partner at home. So, they decided to adopt!

18. A Welcome Addition to the Family 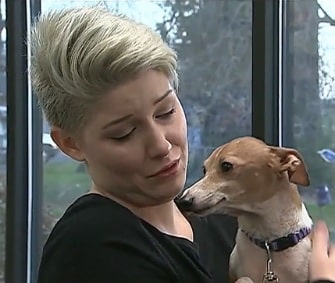 Just two years after they brought Bemis home, their work uprooted them from their home and moved them from upstate New York to Norfolk, Virginia. Kelly was finding it much easier to be home alone now that she had Bemis their to keep her company. The pair did everything together. But, just as soon as the Accettola family was settled into their new home, tragedy struck…

17. Gone Without a Trace 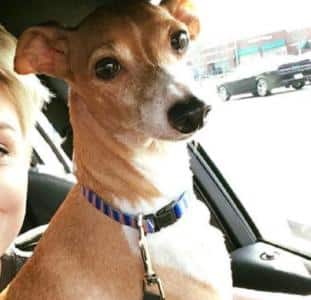 One morning, Kelly let Bemis out to play in the backyard while she went to the bathroom. Normally Bemis doesn’t like to be separated from her for very long and will scratch at the door to be let back in. But this time, there was no scratch at the door.

“I went out to the backyard to see what was going on and sure enough he wasn’t there,” kelly recalled. That’s when she noticed the back gate open… 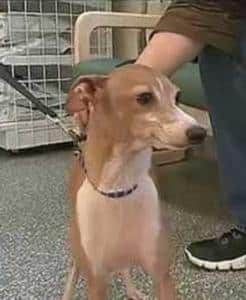 In a panic, Kelly scoured the neighborhood for Bemis, looking high and low for her pup. “It was just like he vanished without a trace,” she said. 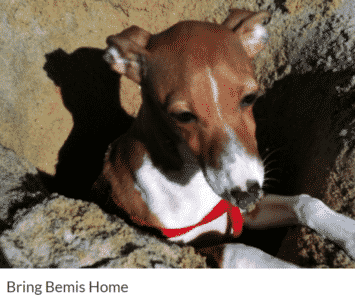 Kelly called Donovan who was deployed at the time and the couple devised a plan. Kelly would canvass the neighborhood and check in with her neighbors to see if anyone had seen her four-legged friend. She had them check their backyards, garages and sheds, but no one saw any sign of poor Bemis. Kelly checked in with local shelters as well, but to her dismay there was no sign there either. 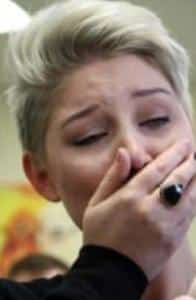 It was four years later when Kelly and Donovan were uprooted again for work. The couple prepared to move their home across country this time to California. Both had spent years walking their neighborhood and surrounding streets in search of Bemis and were equally distraught about the whole thing. But it was time to move on. 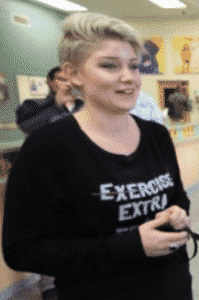 It wasn’t until seven years later in February of 2017 that Kelly received a letter in regards to her long lost pet. The letter was from a microchip company that specialized in tracking down owners of lost pets. But why now? How did it take so long? 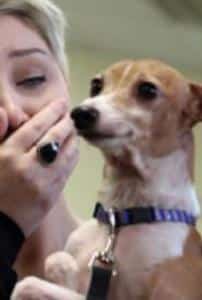 Kelly had moved so many times and changed phone numbers due to the nature of her job that the information on file for Bemis’s microchip was outdated when he was found. This took quite a bit of investigative work on the microchip companies part. 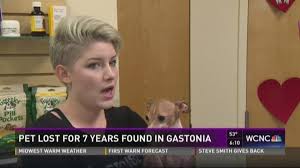 So, who was the person who found Bemis, you might ask? 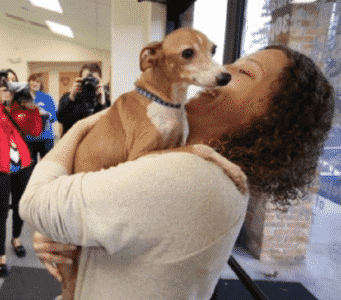 It was in 2016 that a woman named Tracy Tucker found the dog wandering down the road in Gastonia, North Carolina while she was driving home from work. She pulled over and opened her car door and tried to get him to come with her. The pup hopped right in, so she took him for a car ride home with her.

9. The Search for Bemis’s Parents 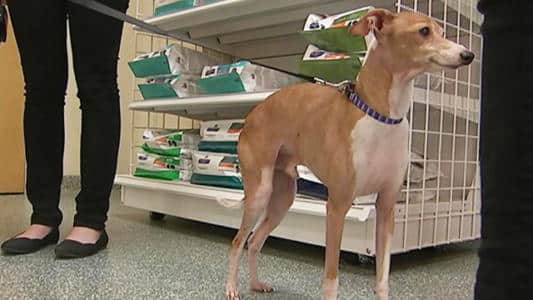 Tracy decided that she would take the dog to Wilkinson Animal Hospital to find out if the pup was microchipped. Sure enough, they discovered we has but Bemis’s microchip information was so out of date that it led to a lot of dead ends. But, the animal hospital had some special connections:

8. A Phone Number was Found! 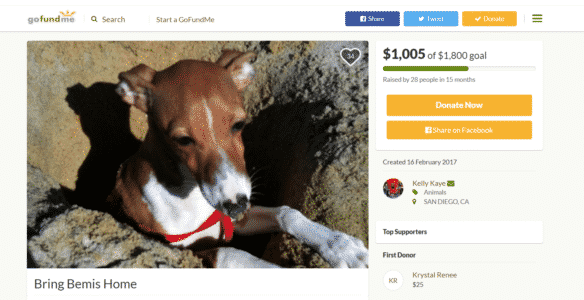 The animal hospital reached out to the American Kennel Club Reunite who was successful in locating a phone number for Kelly’s mother-in-law. After hearing the good news from her mother-in-law, Kelly got busy setting up a GoFundMe page to “Bring Bemis Home” to help with the medical and flight expenses. 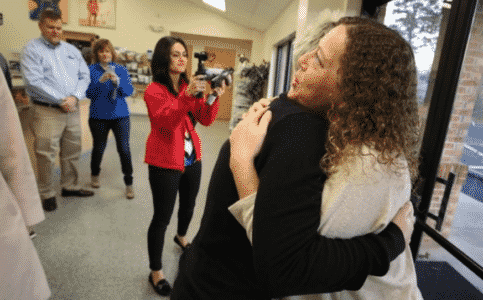 When Kelly was notified about Bemis’s whereabouts she was completely overjoyed. Never had she dreamed that seven whole years later she would be reunited with their lovable little greyhound. She immediately flew to North Carolina to meet the woman who found her sweet Bemis. 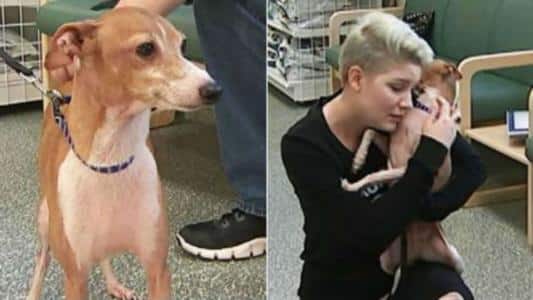 “You know, you hear these miracle stories about people who get their missing pets back after years apart and you think, ‘That’ll never happen to me,’ but my God, it has!” exclaimed Accettola on her GoFundMe page.

Kelly also wrote “Tracy is a guardian angel and I will never be able to thank her for everything she has done for me and for our dog.” 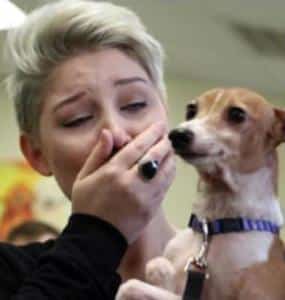 It was shear joy when Bemis came trotting into the vet’s office where Kelly was waiting for him. She couldn’t believe her eyes and immediately burst into tears. 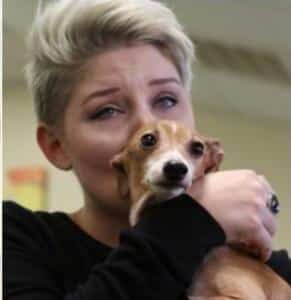 “Oh, my gosh, Bemis. Hi sweetheart,” she told her dog as she cradled him in her arms. He looked exactly the same as he did seven years ago. 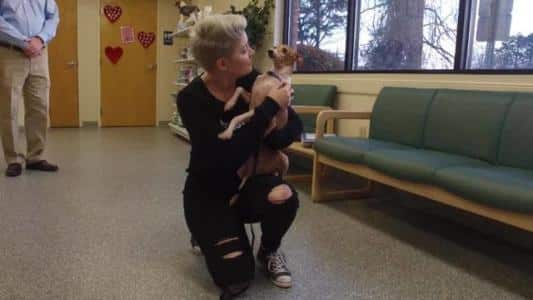 Kelly was so overwhelmed about the whole situation. Bemis had been with her through a lot after her and Donovan had adopted him. He was her rock and her best friend when Donovan was deployed and when she had no other family close by. “He was my best friend and we did everything together.” 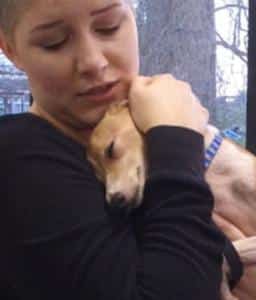 Having Bemis back in their lives was a dream come true and they have Tracy Tucker to thank. Tracy’s generosity and kindness saw to it that Bemis was returned to his loving parents and you better believe that they will never let him out of their sight again! 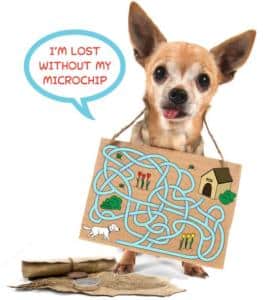 This story brings to light the importance of having your pets microchipped and making sure that your information is up-to-date. You may never think that your pet would wander off as Bemis had, but these things do happen. Make sure you protect your pets and update your info today!