Snowboarder Rescues Snow-Trapped Horse. Records It All On His GoPro

Not every animal was meant for the snowy, winter weather. When one snowboarder was riding down a mountain, he came across an animal that looked pretty lost and frozen. Instead of just riding on, he decided to make a bold move. You won’t believe what this young man did to help rescue an animal that had no business being at the top of a snow covered mountain. 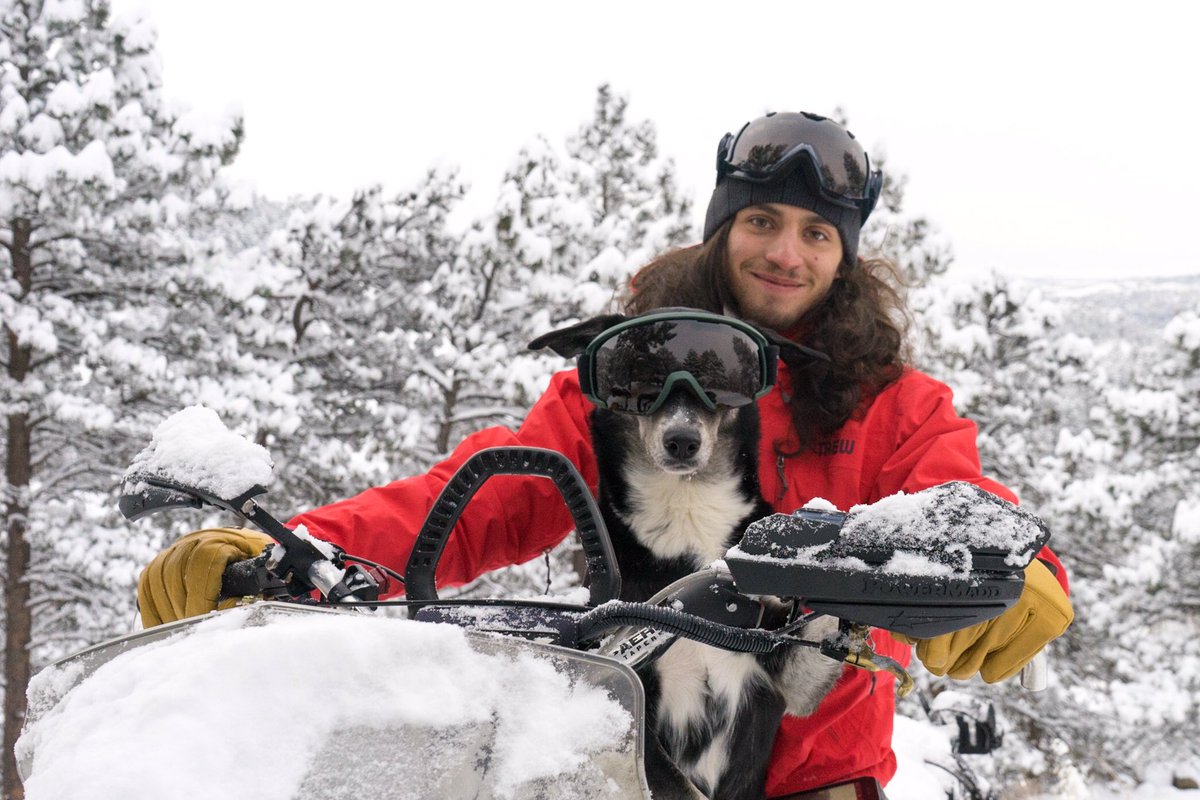 21-year-old Rafael Pease was taking some time off from his studies. Environmental Studies, Geography with a minor in Atmospheric & Oceanic Sciences at the University of Colorado Boulder. Whenever he gets some free time, Rafael can be found heading between the northern and southern hemispheres in search of snow… 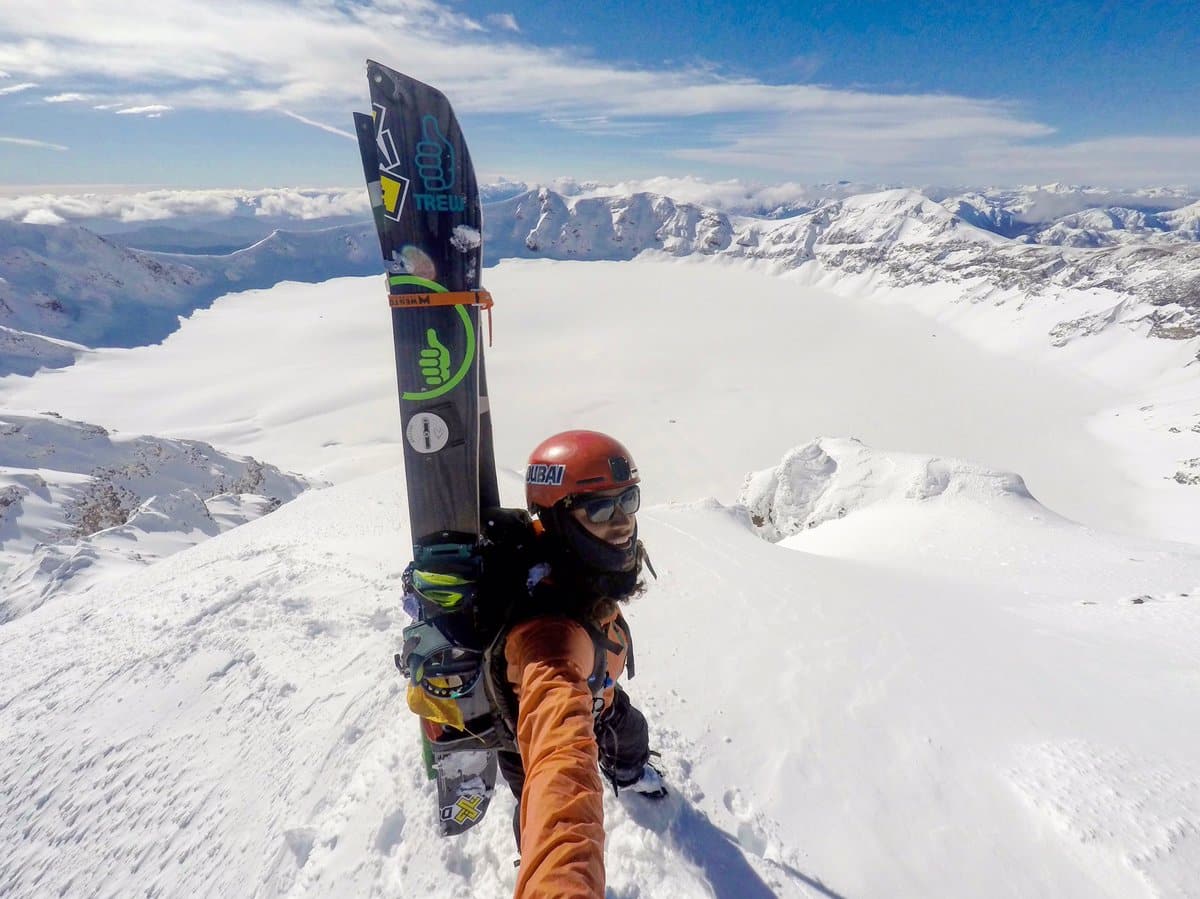 Rafael is a huge fan of snowboarding and has even stated that he goes in search of snow “about 180 days each year.” Having conquered the snow for so long, Rafael has tons of experience. That’s why when he came across something out of the ordinary he knew how to react! 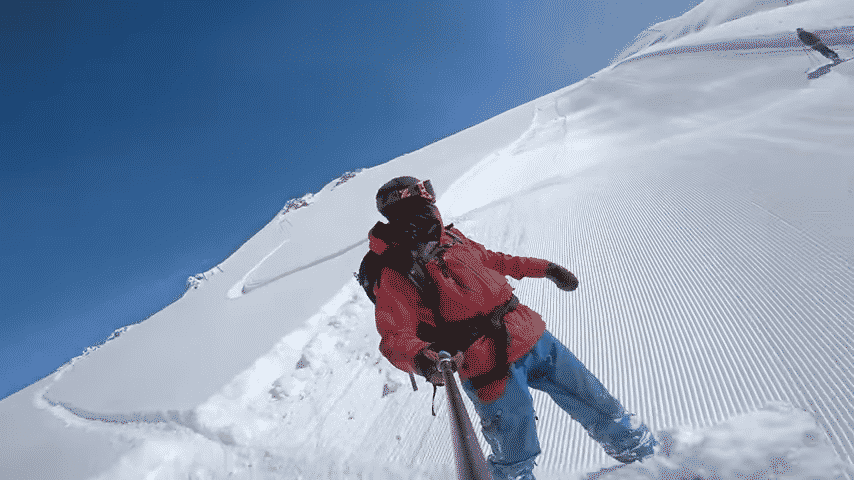 Recently, Rafael went out on a trip to Chile to celebrate his 21st birthday. He was looking forward to boarding down some fresh snow and videotaping the entire trip. He never expected the unexpected that would soon meet him. 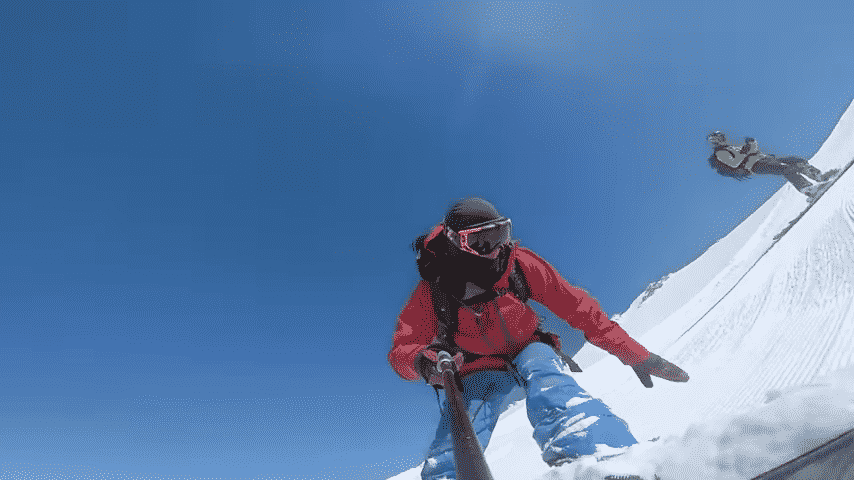 While snowboarding down a mountain in the Chilean backcountry, Rafael saw something so strange that it made him stop his board. There was a huge animal buried deep underneath the snow. He decided to get closer to see what was going on. 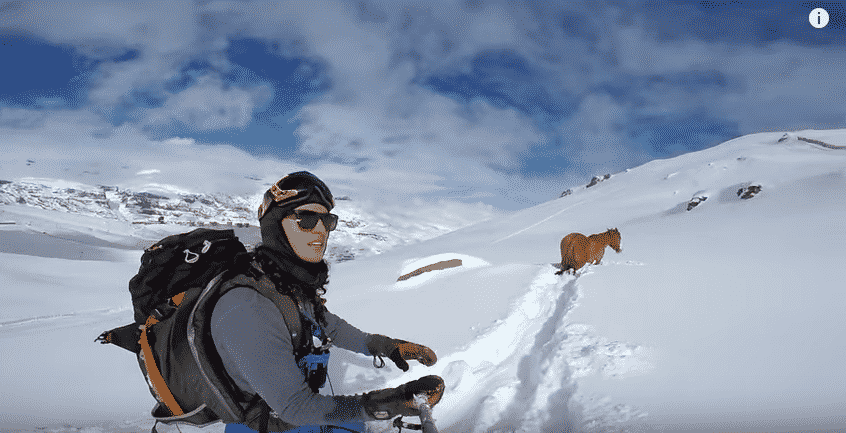 With his GoPro on the entire time, Rafael headed over to the giant snow heap that was staring at him. He quickly realized that underneath all of that snow was a horse! Rafael couldn’t believe his eyes. 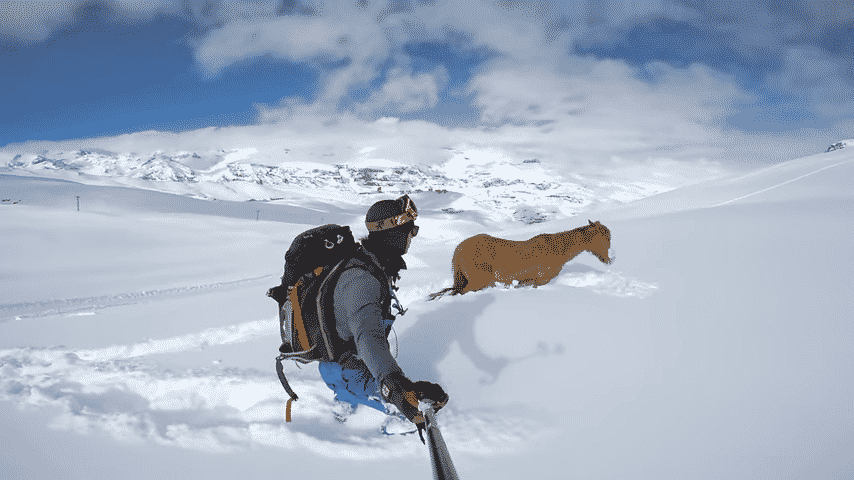 Rafael quickly realized that the horse was buried underneath so much snow that it couldn’t move. Thinking on his feet, Rafael realized that he had to do something. That was when his GoPro captured the most heroic footage. 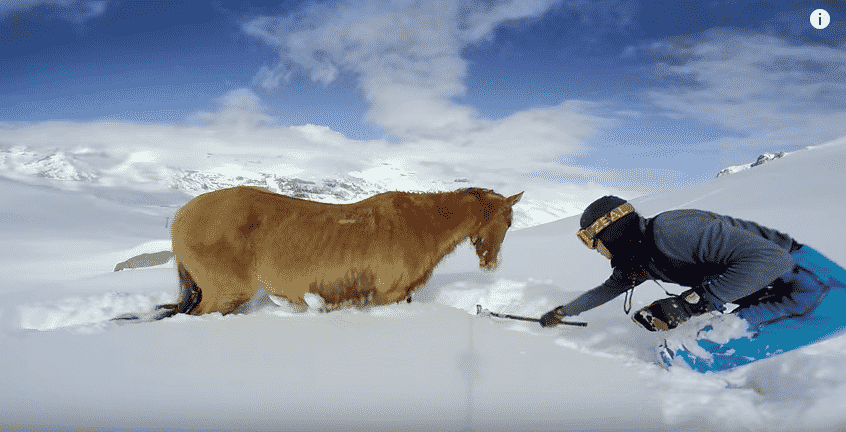 “The horse was going to die unless someone did something,” Rafael said. That was when Rafael started to dig the horse out of the snow. He understood that this was a life or death situation. 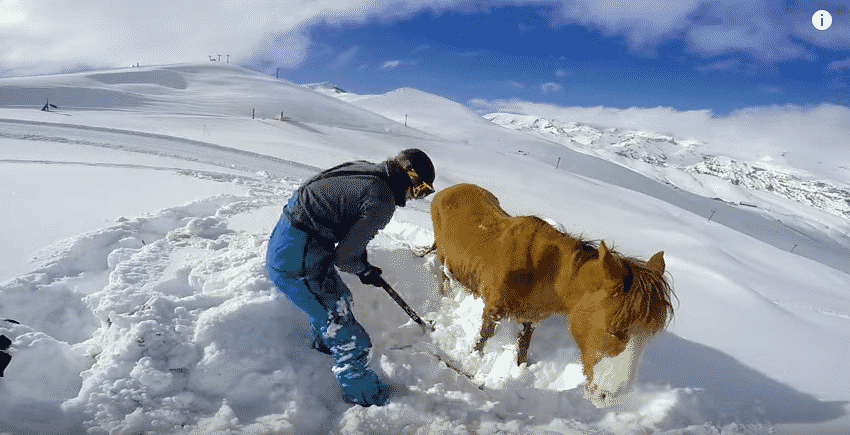 “The rescue occurred on July 13,” Pease told GrindTV during an interview.“It was my twenty-first birthday and I was at El Colorado mountain in Chile. It had just dumped snow the night before, so I hiked up into the backcountry to get some powder turns in.” 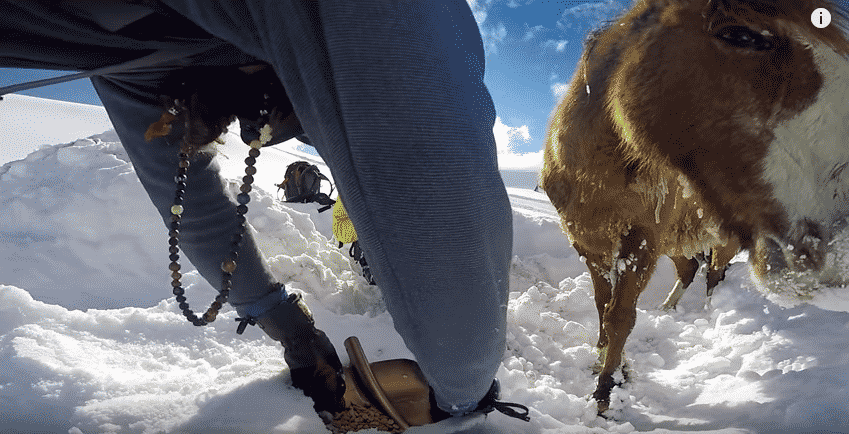 “Almost as soon as I started, I saw the horse buried in the snow, and knew I had to act.” So that is exactly what Rafael did. He started out by digging the snow away from the horse’s legs. Rafael soon realized this would be a lot of hard work. 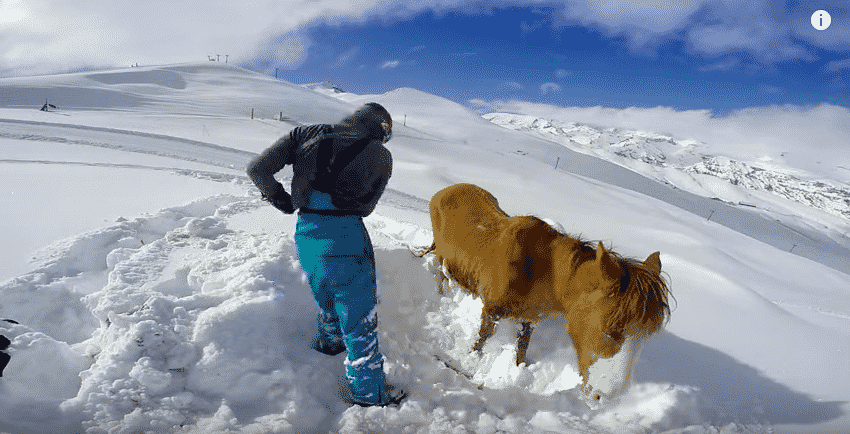 “I knew it would take all day to get the horse out of the snow, and that I was looking at the best conditions of the summer,” said Rafael. “But I couldn’t, in good conscience, let that horse die up there.” 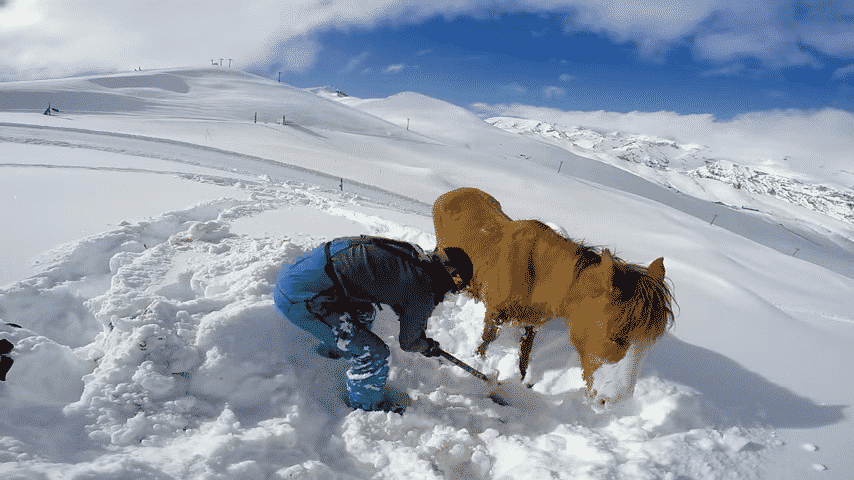 Rafael decided that he would give up snowboarding for the day in order to help save the poor trapped horse. “I ended up giving up the best powder day of the year to spend all day digging it out of the snow. But it was worth it.” So how long did it take? 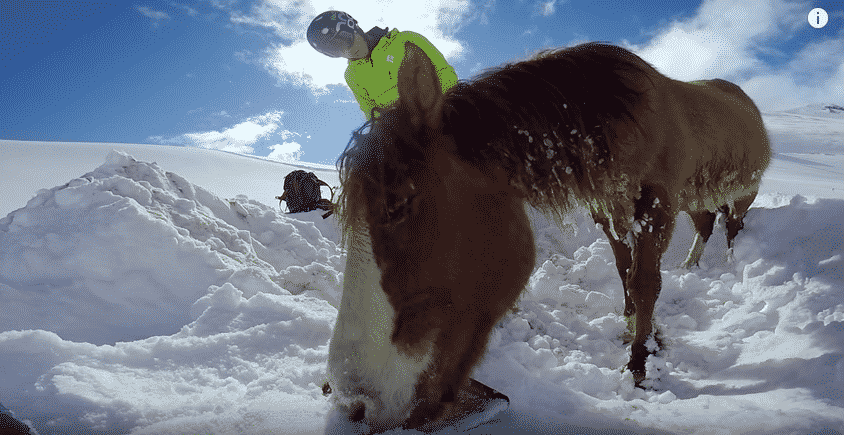 It took many hours of digging, but Rafael eventually got the horse out of the snow. Still, there was another task at hand for him. He had to somehow figure out a way to get the horse down the mountain… 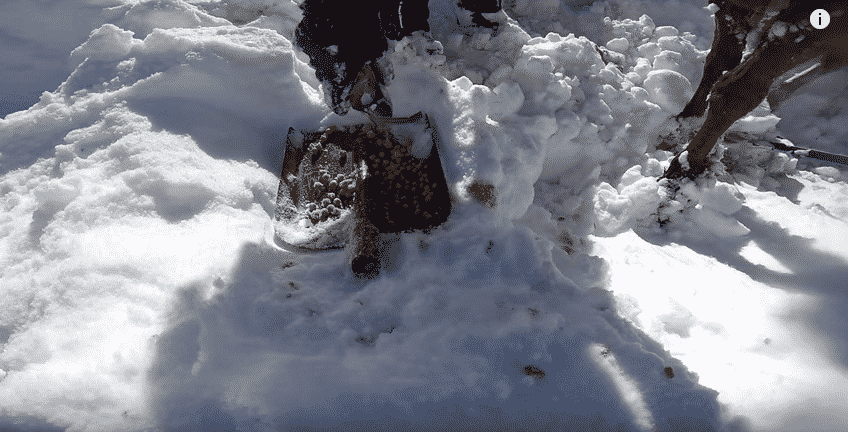 In order to get the horse down the mountain, Rafael came up with a genius idea. He used food to convince the horse to walk down. Every few feet he would check behind him to see if she was still following. 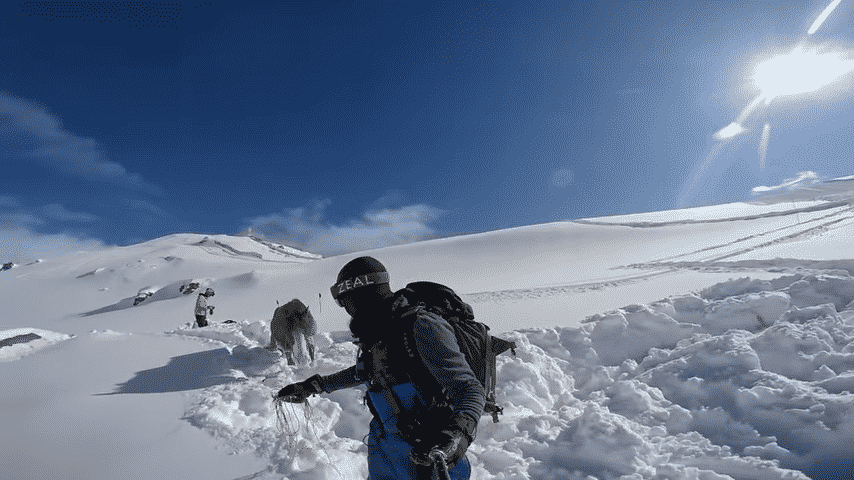 Finally, the duo made it down the mountain. Rafael went about searching for an open field and he soon found it. There he let the horse go out into the wild where she would be safe, however, it didn’t happen so easily according to Rafael. 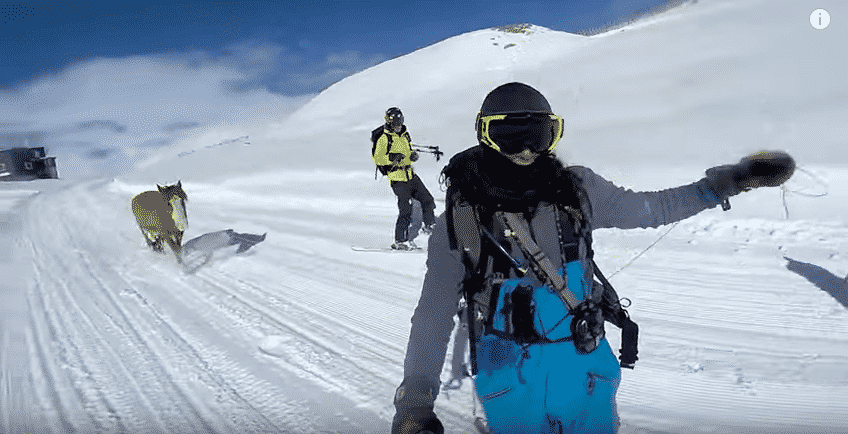 “When I got down to the ski resort, resort workers were trying to take the horse from me and bring it somewhere to let it die,” Rafael said. “Which is crazy cause I was doing them a favor instead of them having a dead horse on their resort.” 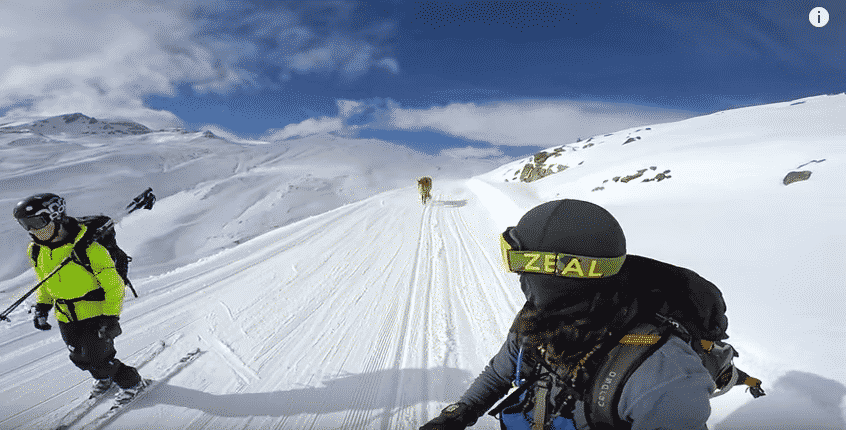 Weeks went by before Rafael ever heard about the horse again. Then he got some random news from a local farmer. He wasn’t expecting to hear what he was told… 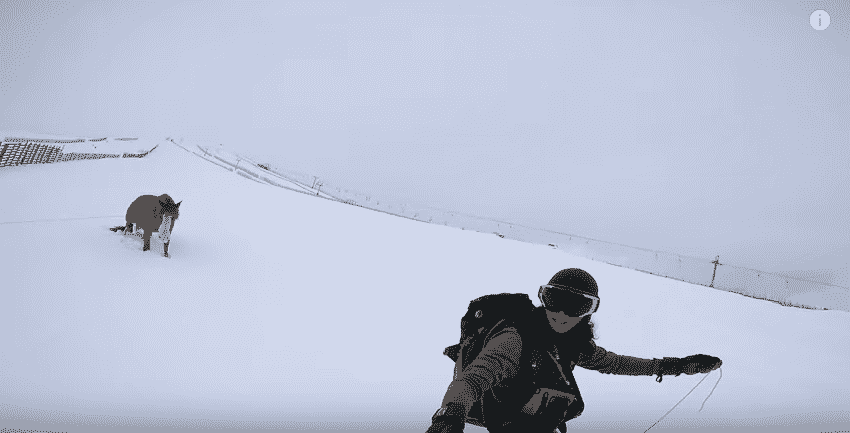 While in Chile, Rafael was working on setting up the Flux Veho Mountain Film Festival. Since he was in the community for a few weeks, the locals quickly spoke about his daring rescue of the horse. A local farmer heard about it and then approached Rafael. 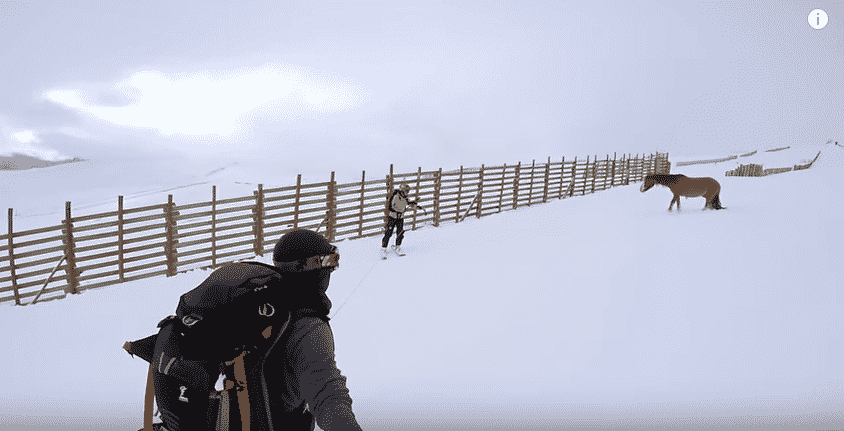 “The farmer told me he was the previous owner of the horse,” Rafael said. “He told me it was an old work horse he had recently released so that it could enjoy its last years. He thanked me for rescuing it.” 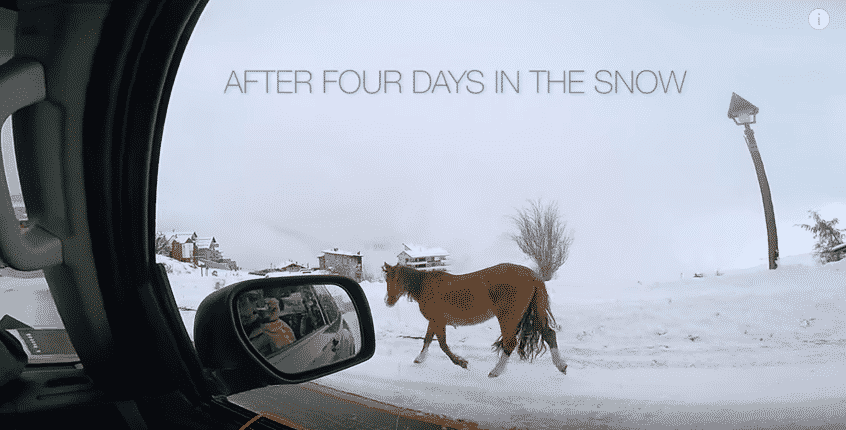 The farmer was eternally grateful to Rafael for going out of his way to make sure that the horse made it down the mountain alive. After all, not everyone would have done the same. Rafael, however, feels like he just did the right thing. 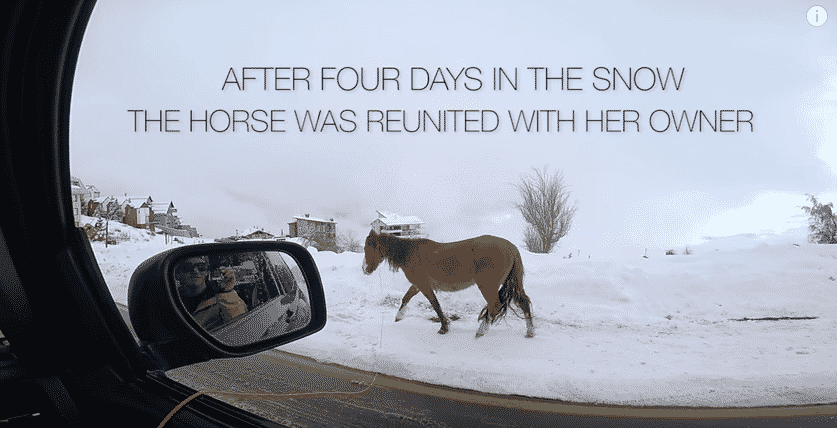 Amazing people like Rafael are the kind that help to restore your faith in humanity. Thanks to his daring deed, this horse is now able to live out its life on a beautiful pasture.