There are thousands of stories about people who abandon their pets, but these stories are not exclusive to dogs and cats. Some people abandon even big animals like horses! This is about an unlucky standard breed horse who was left all alone in the middle of the field. Luckily, fortune smiled on him when a woman found him there. 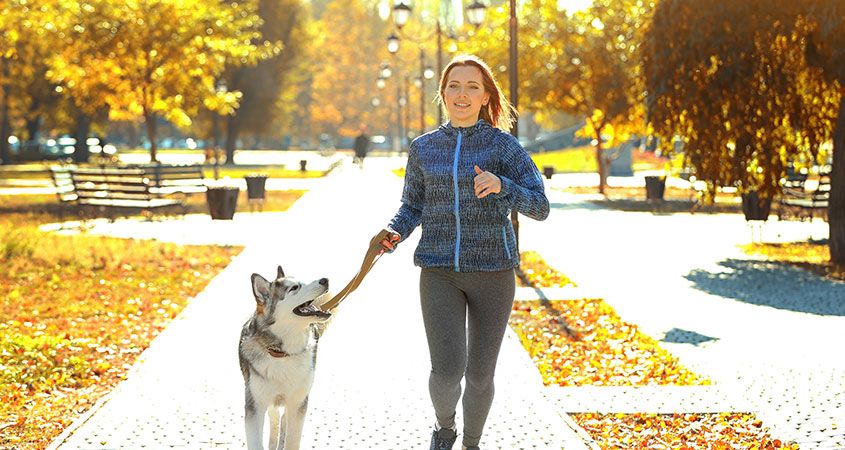 This story starts with a woman named Rosie Russon who was walking her dog. Little did she know, her walk would end up saving the horse’s life! 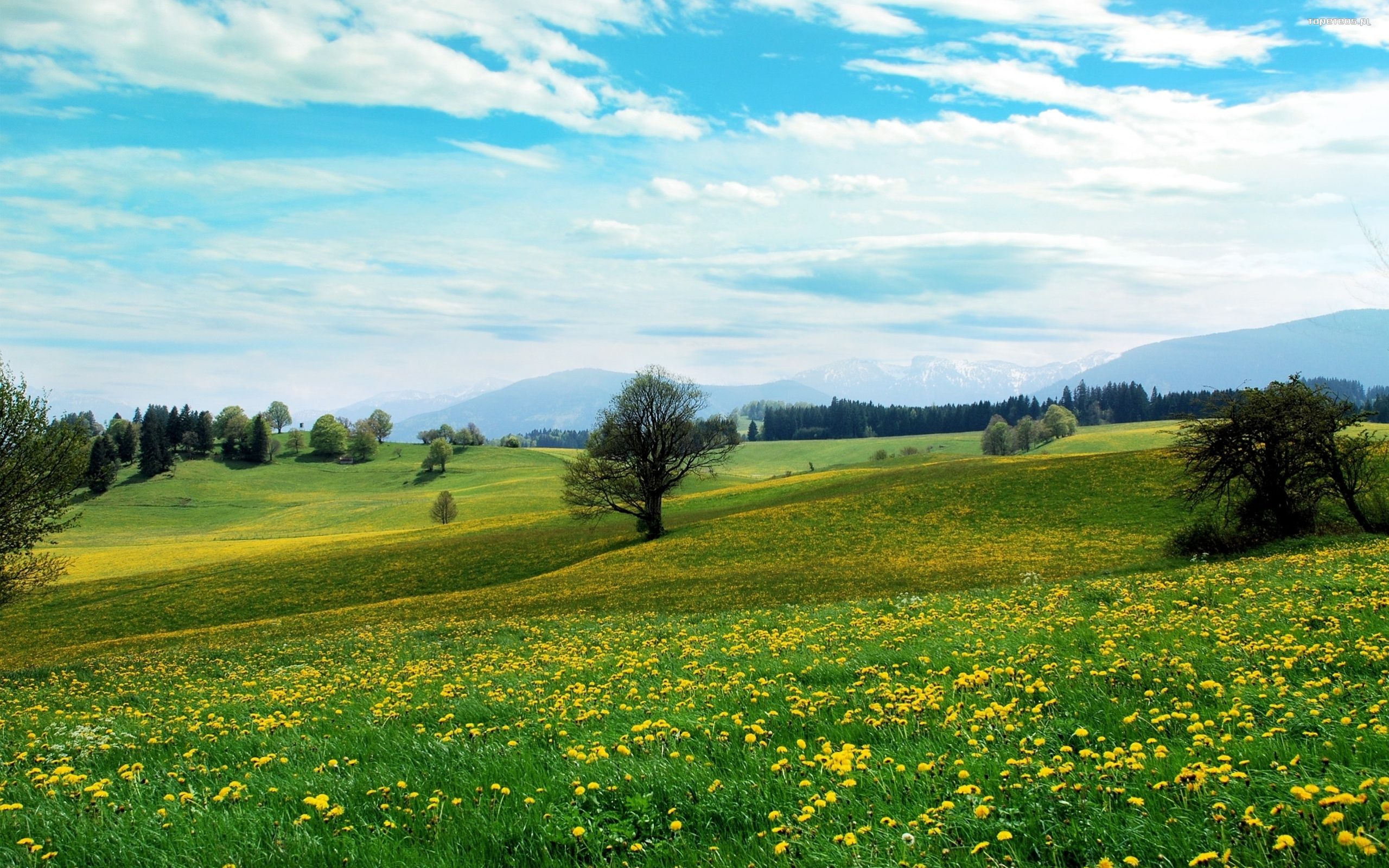 The woman didn’t like walking her dog through crowded parks and she decided to take a stroll on the green field outside the town. As she was walking her dog, she spotted something weird looking in the middle of the field! What could it be? 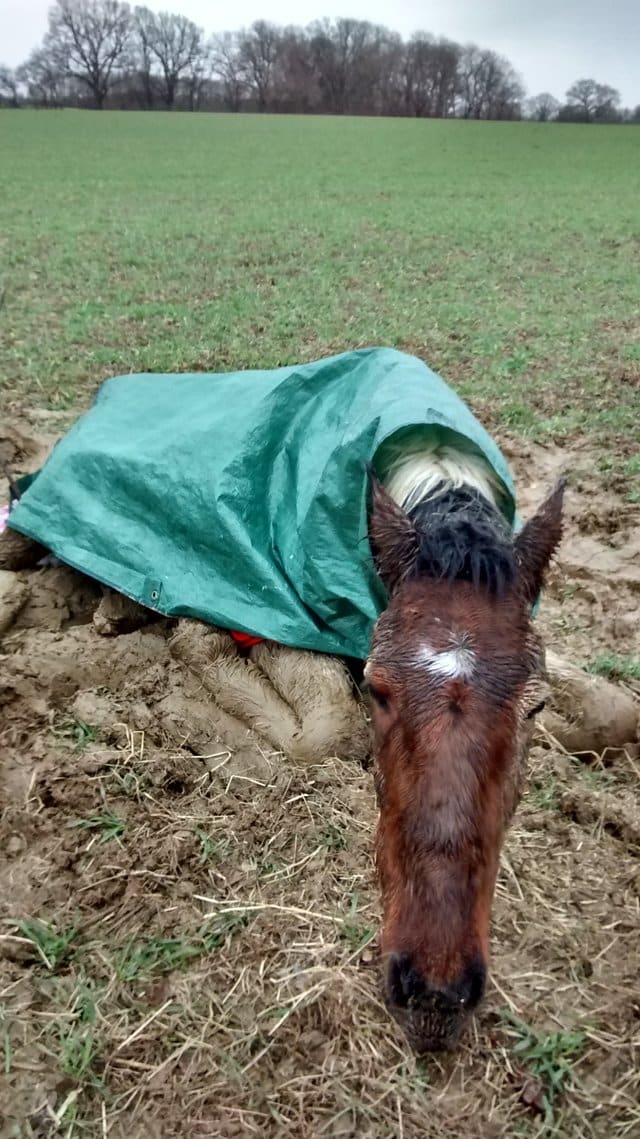 Curiosity got the best of Rosie and she went to check out what was moving in the middle in the field. It was a horse! After seeing the horse’s bad shape, Rosie instantly called the local vet. 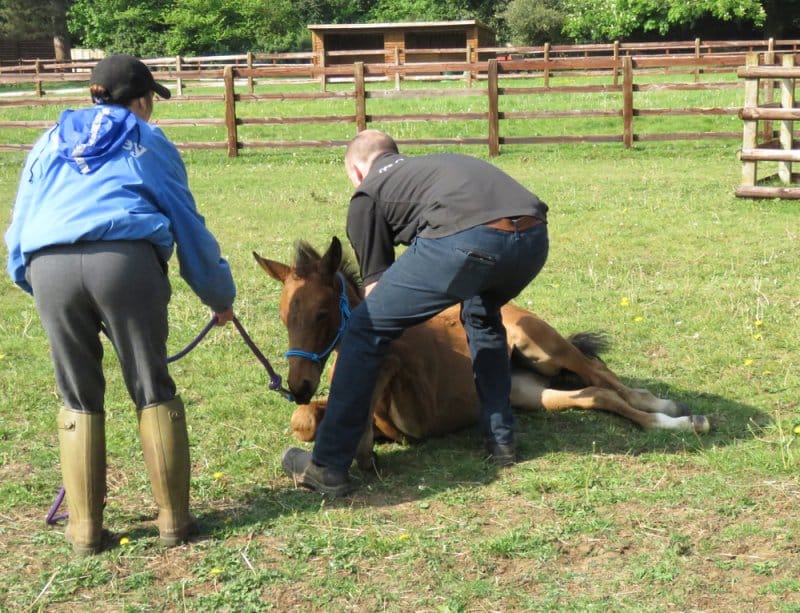 Rosie knew that the local vet is renowned for how good he is at making horses feel better and she called him instantly. The vet told Rosie that he was going to arrive in less than 15 minutes. Check out what the woman did next… 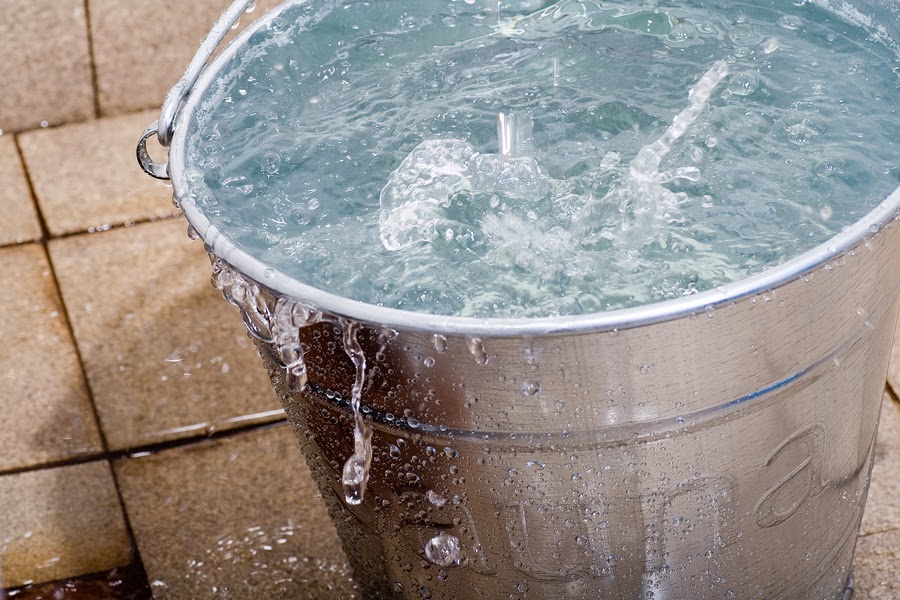 The horse’s health was in such a terrible state that he couldn’t get up. This is why Rosie hurried to her car to grab some water for him. The horse wasn’t shy at all and drank the entire bucket of water in a matter of seconds! He was really thirsty… 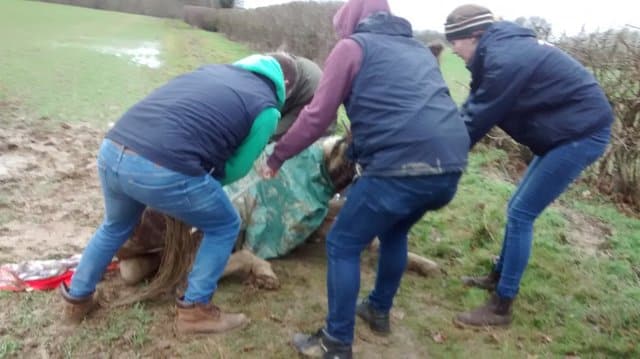 The vet finally arrived and he didn’t come alone! He got some people to come and help raise the horse because he didn’t have enough strength to do it all by himself. Do you think they managed to get the poor animal to safety? 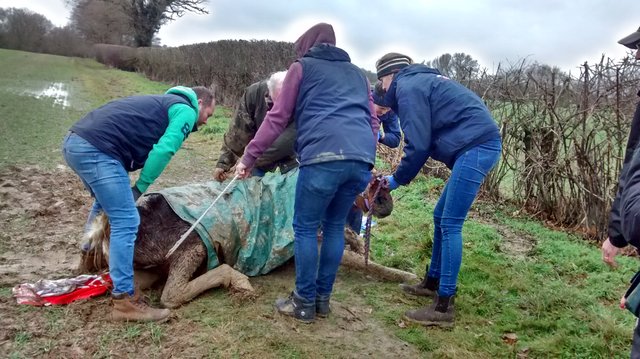 Despite not being fed proper food, the horse was still super heavy. The men just didn’t have enough power to get him up. You won’t believe how they managed to get the horse up. 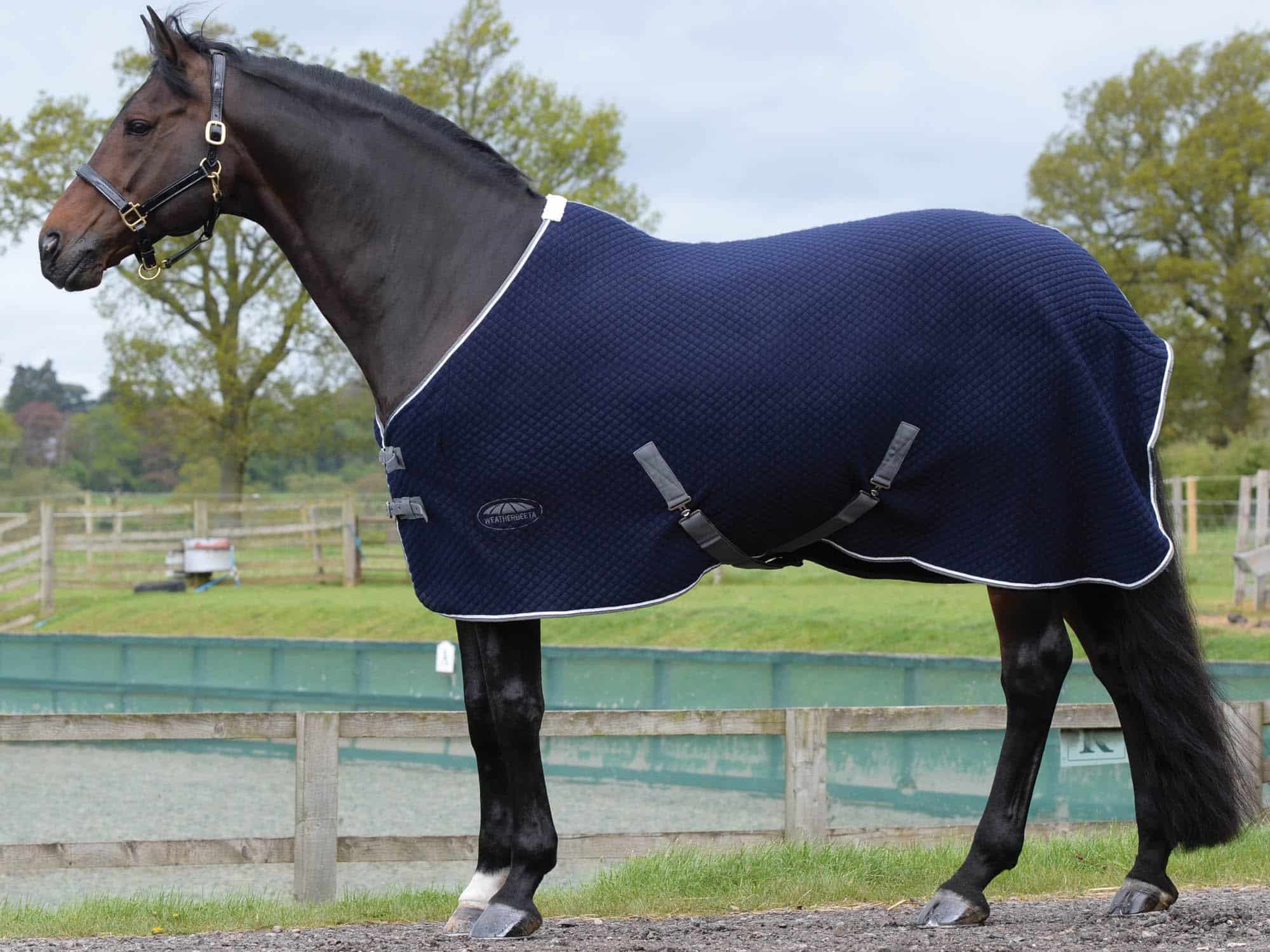 Luckily, a local horse rider heard about what was going on and he brought one of his own horse rugs. The vet and his friends used this rug to get the horse up. After they managed to pull the animal up, they couldn’t believe their eyes… 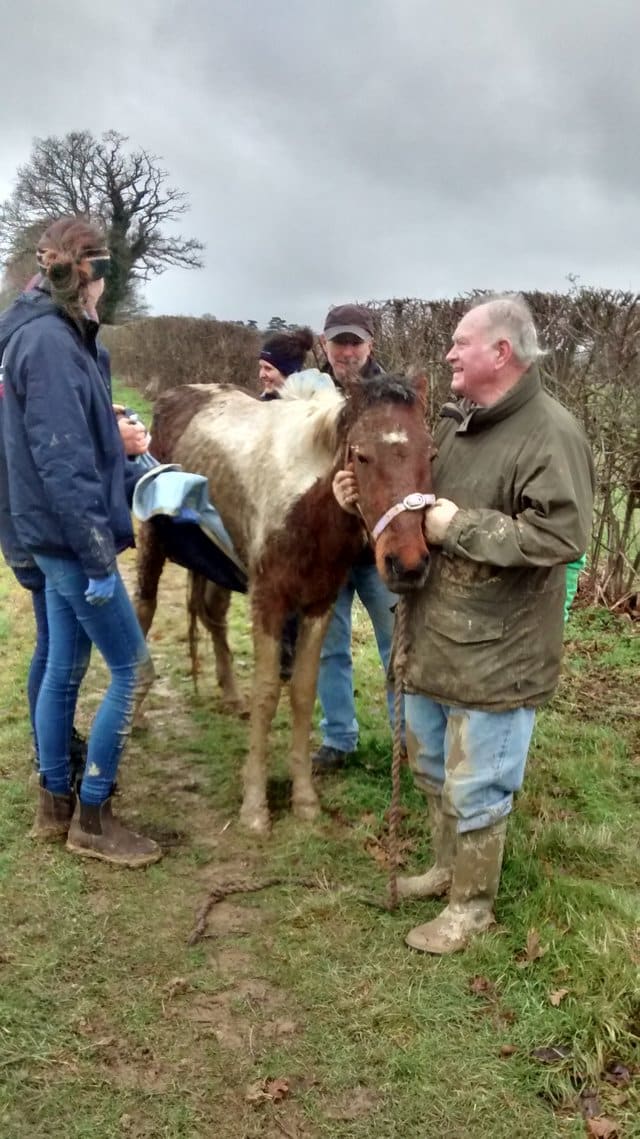 The horse was finally back on his legs thanks to the effort of his rescuers. The people who were helping him knew that they needed to take the horse somewhere safe so they rushed him to the vet’s farm.

11. The Horse Is Finally Safe 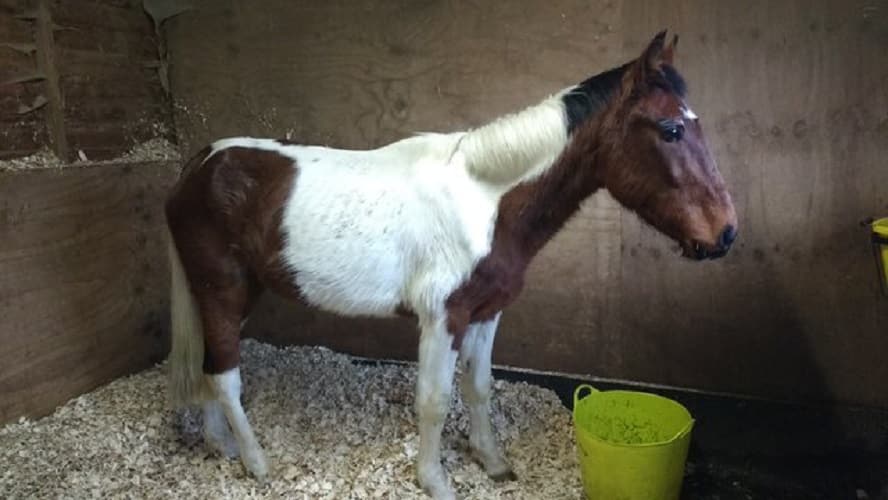 The horse was finally safe, but this didn’t mean that his story ends here. His health was in terrible shape and he needed to recover. The vet said that the horse has a bad case of worms and he needed special medical help. It was devastating… read on to see how he’s doing! 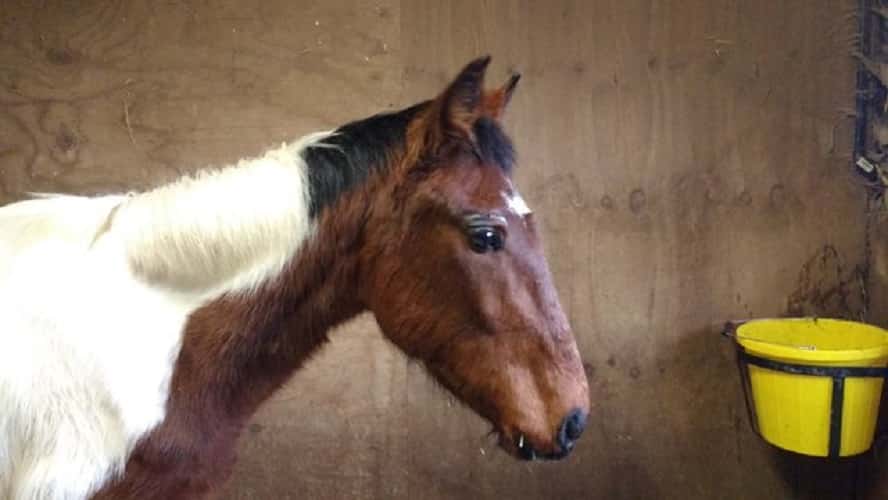 “He is still being treated with steroids and receiving parasite treatment to clear him completely of all those worms that were making him so ill, but he’s through the worst and hopefully before long we can look to find him a loving home”, said Rosie Russon. 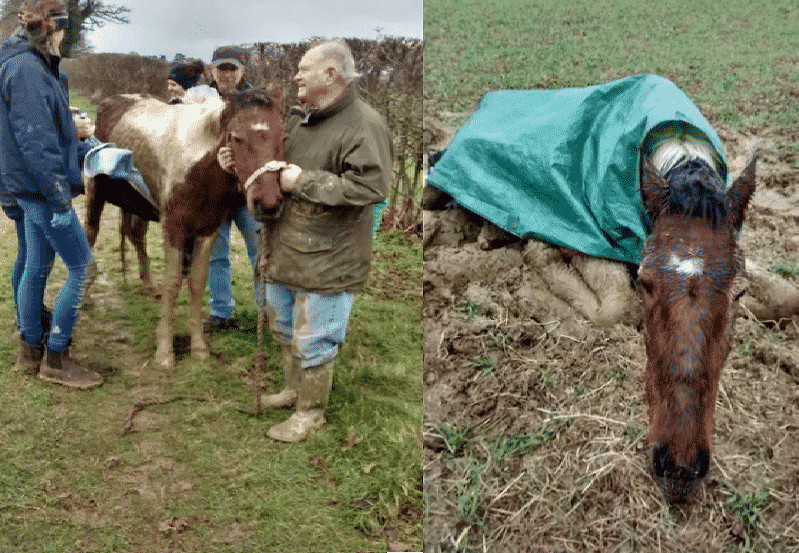 Despite being left alone to die, the horse got lucky and he was saved. Although, if you think this story is terrible then you won’t believe what I am about to show you next! 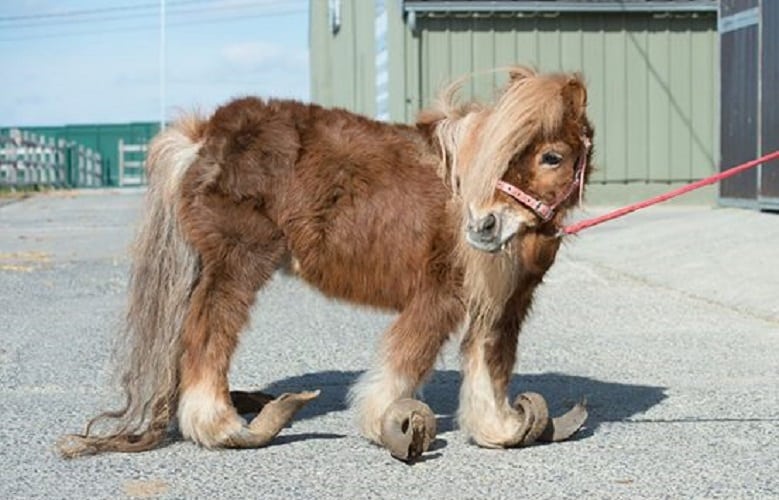 This second story is about a neglected pony. As you can clearly see, his hooves haven’t been trimmed in a long while and he wasn’t able to walk because of this! The pony was saved by the Animaux en Peril organization. Let’s see how everything started. 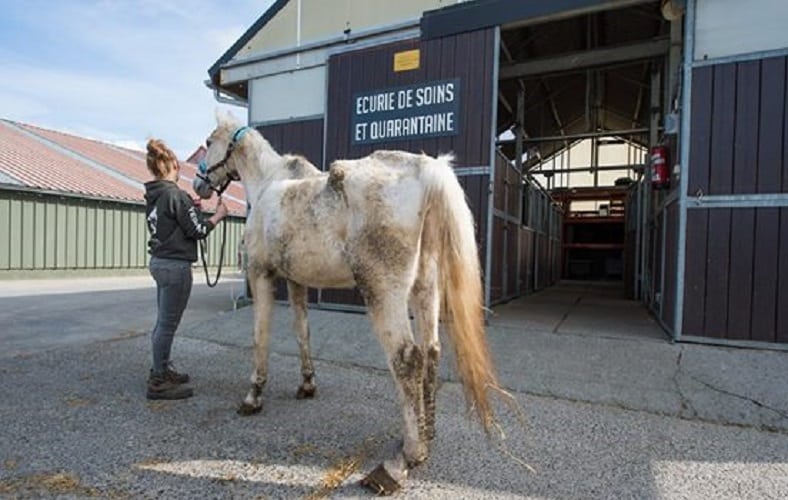 The folks who work at Animaux en Peril are known for taking in all breeds of horses and for giving them a second chance at life. Luckily, the neglected pony was saved by them! 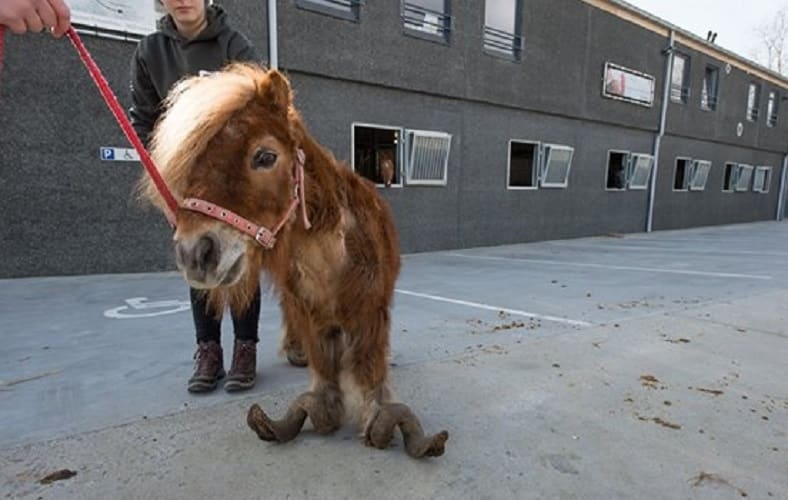 Vets are saying that horses and ponies need to have their hooves trimmed every couple of weeks. Sadly, the owner of this pony didn’t care for that and neglected him. The next picture will show you just how horrific these hooves really are. 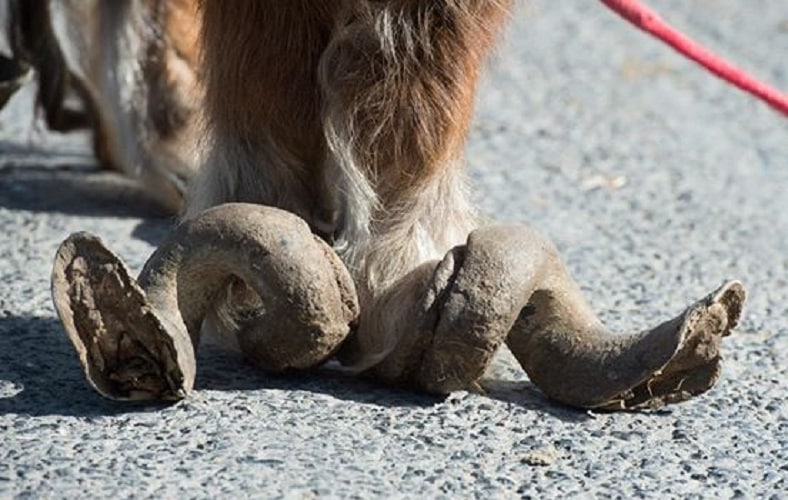 The hooves got so big that the pony couldn’t walk by himself. Can you imagine how bad this pony was feeling? Ponies and horses need run in order to be healthy! 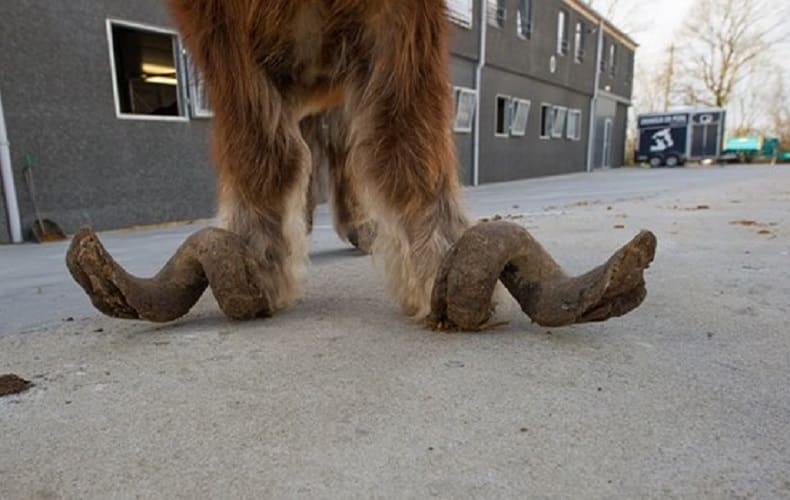 Even though the hooves were a horrific sight, the folks at Animaux en Peril were brave enough to take care of the pony. Let’s see what the rescuers did with the pony during his first day at the center. 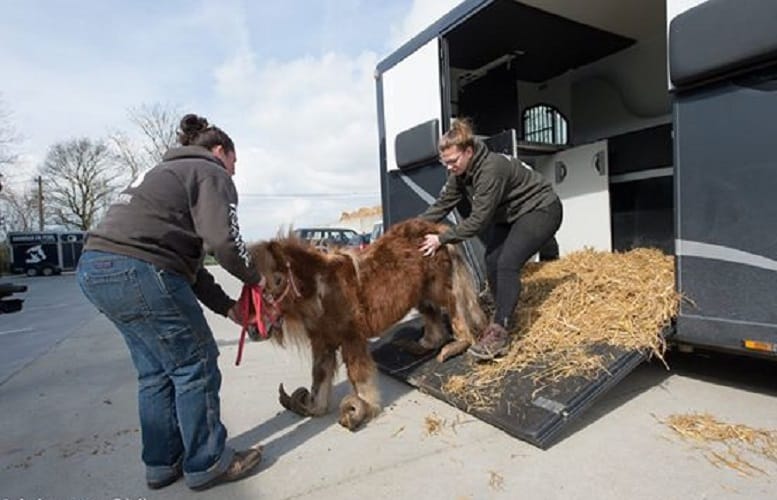 The rescuers helped the pony get out of his trailer because he couldn’t do it on his own. Knowing how much these hooves were annoying the pony, the rescuers didn’t waste any time and trimmed them off!

2. Taking Care Of The Poor Animal 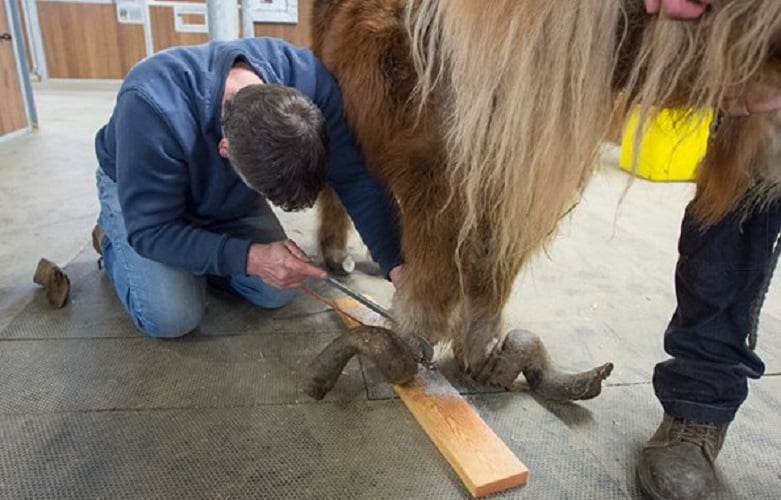 The rescuers got rid of the long hooves and took the pony for a bath. Not only that, but they also trimmed his hair to make him look better. The pony now looks so different that you won’t be able to recognize him! 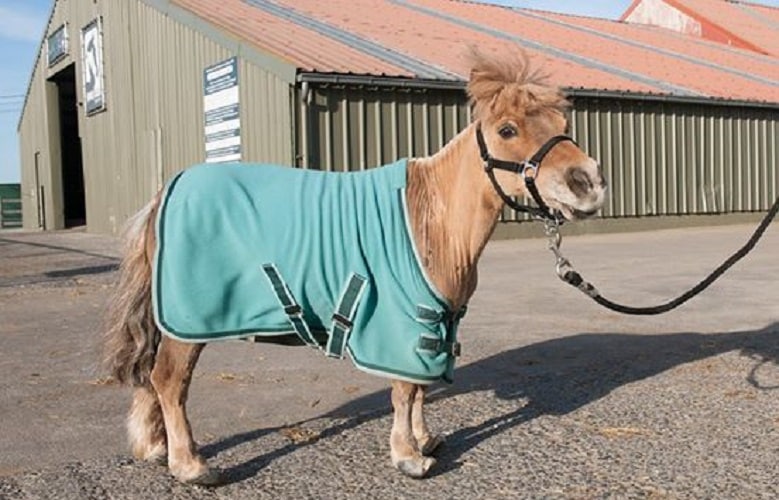 As you can clearly see, the pony looks completely different from the first moment he arrived at the rescue center. These people are amazing for taking care of him. Let’s just hope they manage to find a loving adoptive home in no time.