20 Reasons Not To Touch Food On Airplanes Ever Again

Everybody who flew at least once in their lifetime has a horror story about airline food. Even though there are numerous strict rules and guidelines that companies need to follow when it comes to preparing their food, these rules are often forgotten. Food on planes is so gross nowadays that you won’t even believe that the flight attendant has the courage to deliver it to someone, just take a look at #7 for example. Would you eat that?

Fortunately, we live in a world where everybody owns a smartphone and people can snap pictures of the unbelievable meals they are being served. With that being said, I’ve scoured the internet in search of the most shocking airline meals which will make you want to pack your own meal before getting on an airplane. 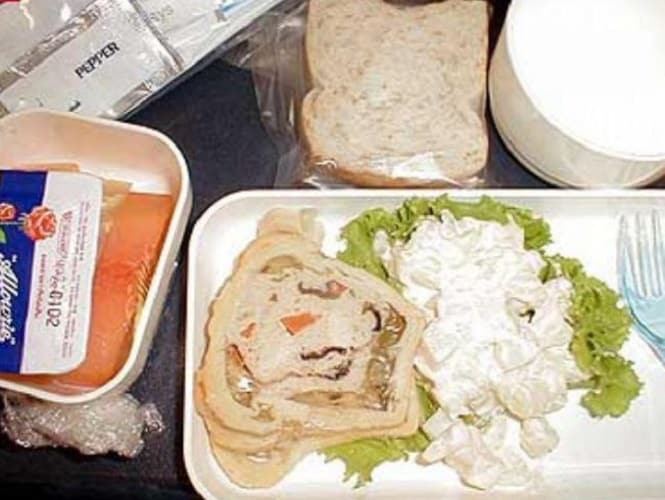 Is this what a vegetarian meal looks like? I don’t think so. This meal was served by a Bulgarian airline and it was presented as “bread shaped sausage with a swirl of gelled fat”. I bet no one is going to eat this “vegetarian” meal anytime soon. We get that everyone is looking for cheap air deals, but no airline passengers should be served with this kind of food! If you think this meal is gross, then you are in a for a crazy ride since we’re just getting started. 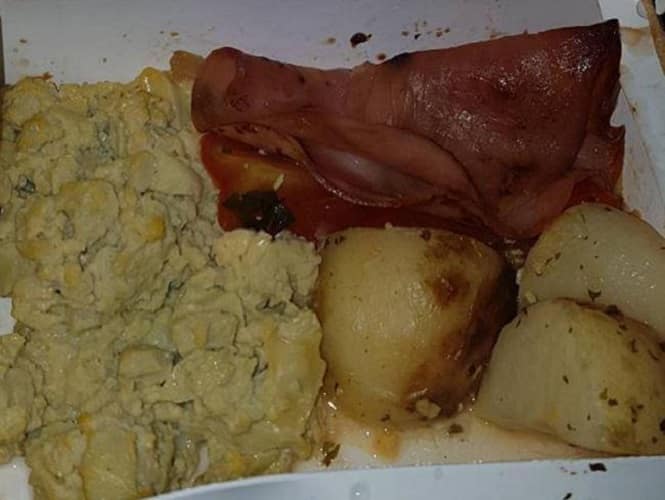 I’m starting to think that traveling by plane is a good way of losing weight since no one would ever eat this food.  Air-service should include healthier snacks in their menu because no one would want to get sick, no matter how cheap their plane ticket is. However, this meal looks delicious compared to the next one on our list. You won’t believe how gross it looks! 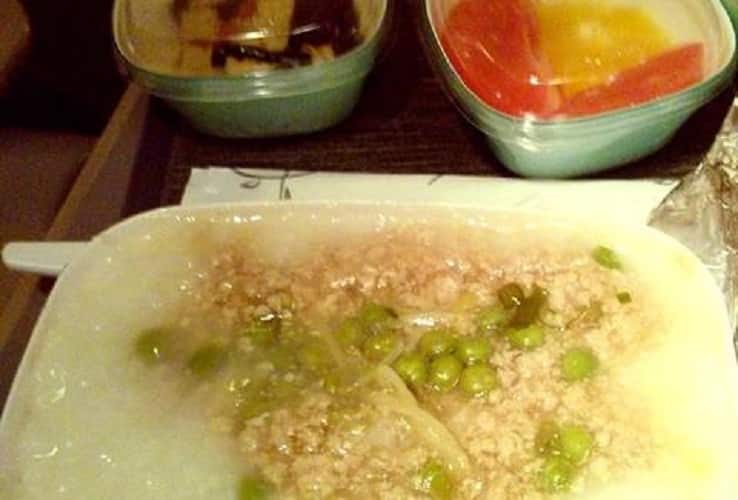 This rice porridge is served by the Singapore Airlines and it looks like something that people would be forced to eat on shows like “The Fear Factor”. The boarding rate will definitely drop for this airline if everyone would see this picture. You think that a steak would look better? Think again! 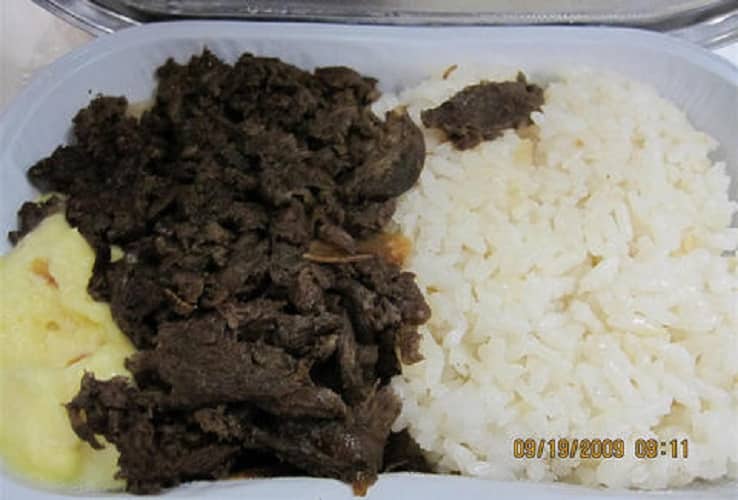 This is another delicious meal that comes as a courtesy of Singapore Airlines. Here’s a travel tip: don’t ruin your holiday and make air travel safe by not eating food that looks like this! Although this meat is pretty gross, you should see how #10 looks like! 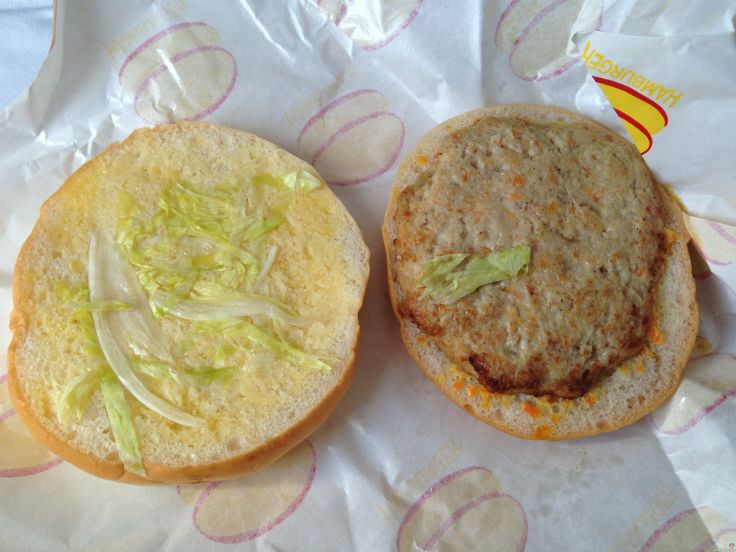 Even though North Korea is not on the top of anyone’s travel list, this half-cooked burger is certainly another reason not to fly there. What’s interesting is that the Air Koryo airline company knows how bad their food looks but they don’t do anything about it. You won’t believe what airline companies are advising their pilots not to do! 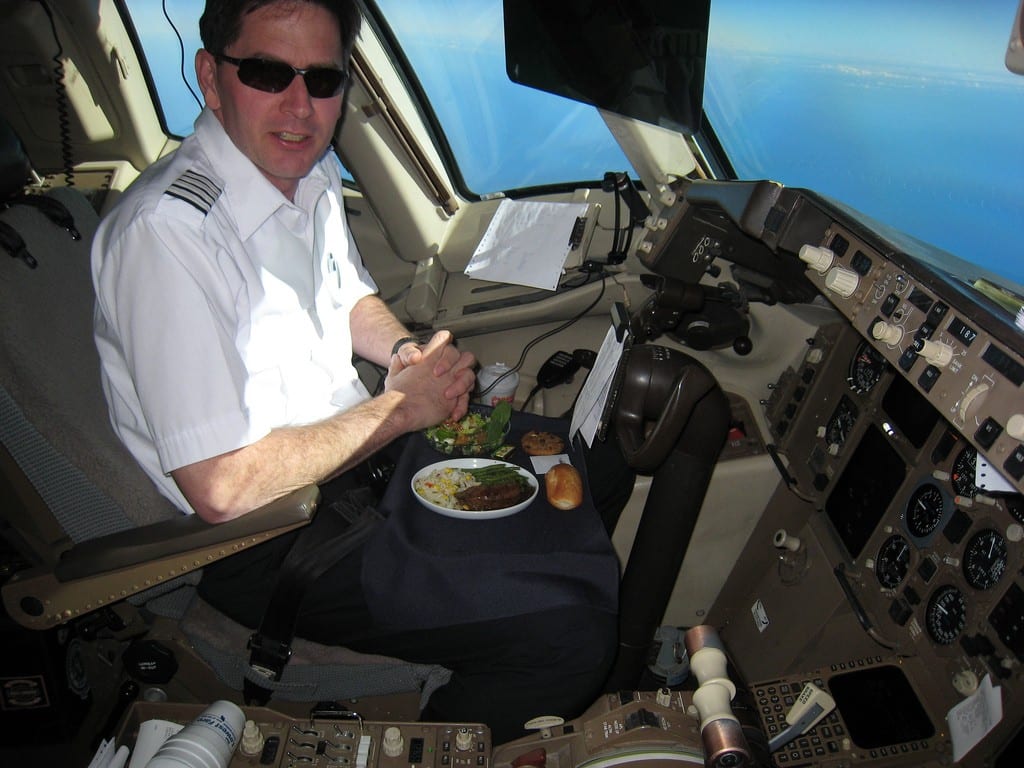 Considering how bad these meals look, they probably don’t taste that well. This is why numerous airlines are advising their pilots and co-pilots to eat different meals so that they don’t get sick! But why do companies such as Delta Airlines, American Airlines or Hawaiian Airlines still serve these meals? 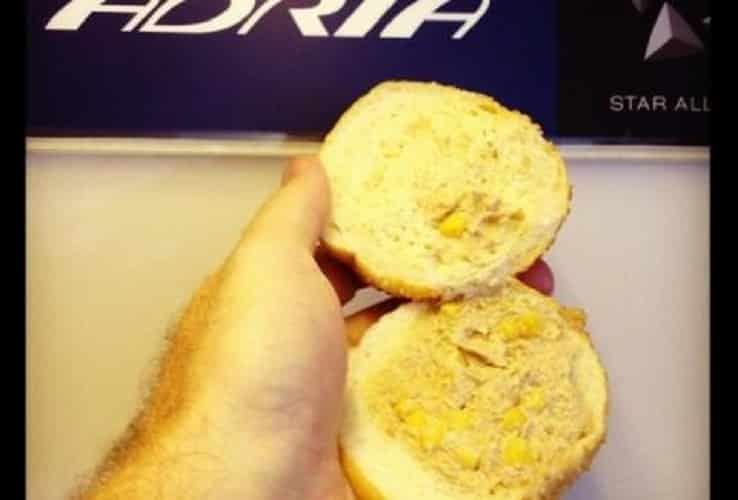 As you can already tell, there is something fishy about airline food. In this case, the food is actually fishy. This sandwich is advertised as “bread seasoned with tuna” but it’s certainly something entirely different. Let’s assume that your flight was delayed and you’re really hungry, would you eat this sandwich?

Can you guess what the next dish is? Actually, we’re not even sure if it’s edible or not… 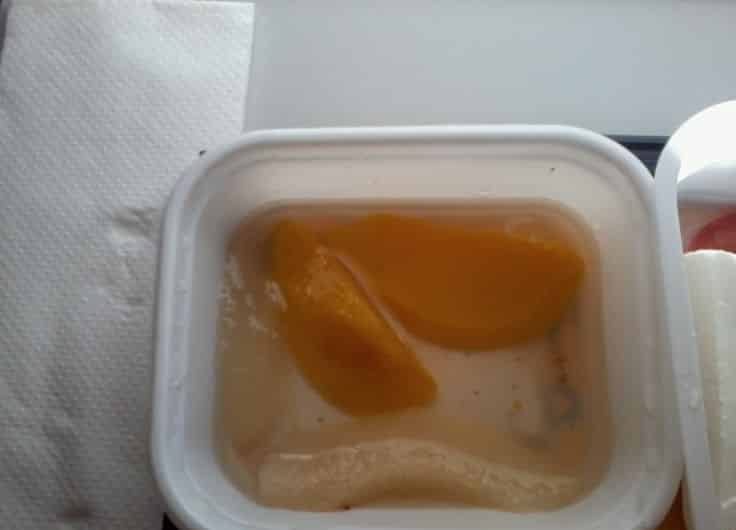 This meal is served by Ukraine International Airlines and it looks like something that’s taken straight out of a horror movie. This meal looks so gross that I can’t even tell what it is. The person who received this should have asked for a discount on the plane ticket! This next meal tops them all! 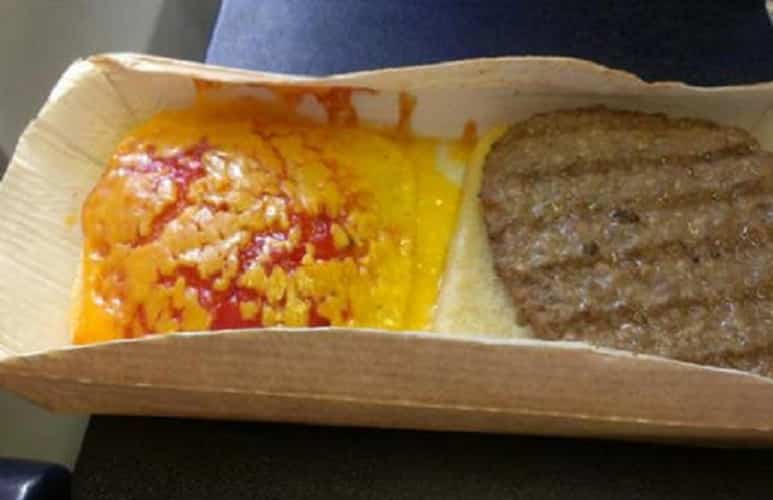 This burger looks more like a crime scene than an actual burger. You know what’s the worst thing about this meal? The fact that the poor guy who received this had to pay for it since he was traveling with Ryanair and this company doesn’t include meals in its tickets. Craving for some potatoes? Check out the next photo to see how they look like. 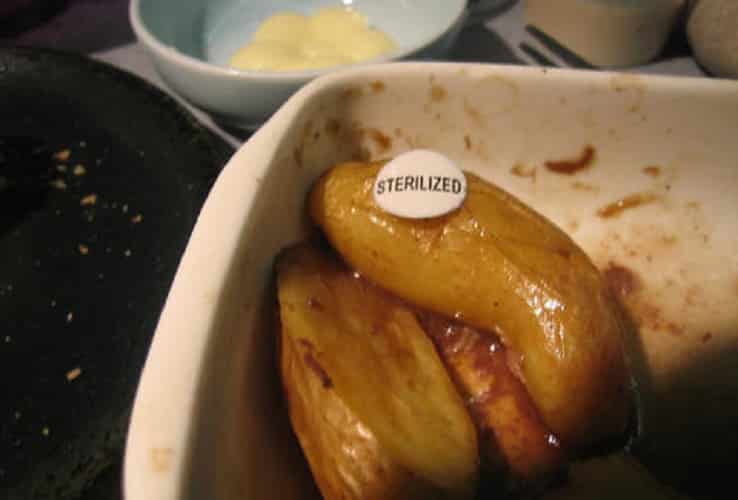 Clean potatoes are usually a great meal that goes along perfectly as a side dish. However, this is not the case when it comes to airline food. That’s what you get for flying with a low cost airline I guess… 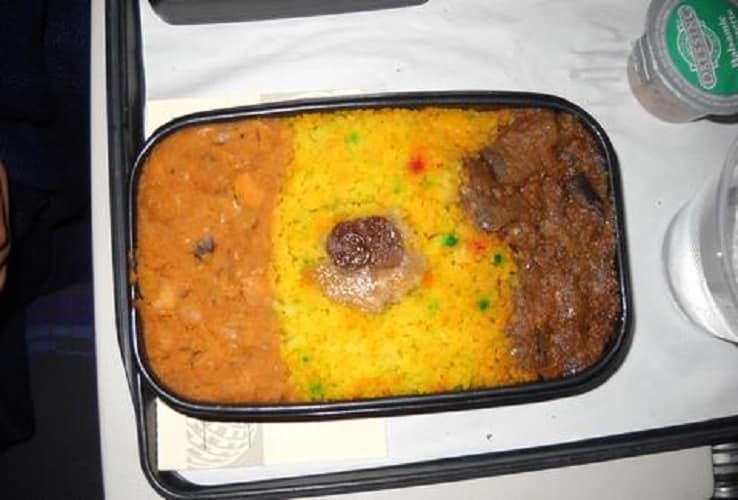 This looks more like a European flag than something that a human would eat. You’re better off eating something from the snack bar than diving your fork into this. 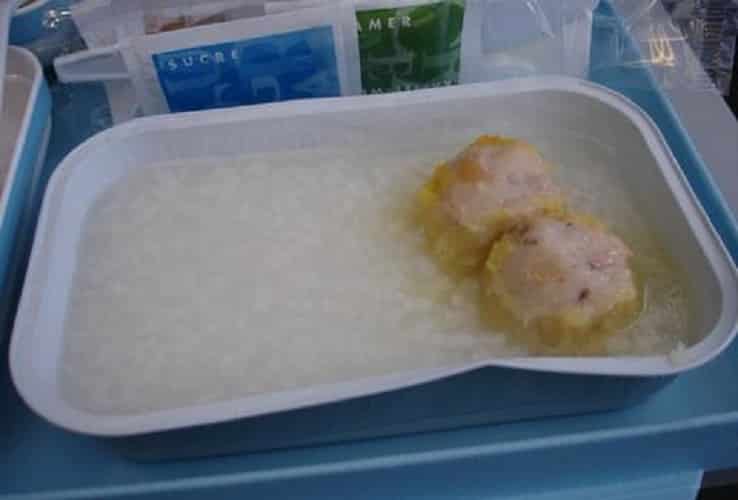 I wouldn’t eat this combination of yellow meatballs and white sludge even if someone offered to pay for my airplane ticket. It looks absolutely disgusting, but #7 is even worst! 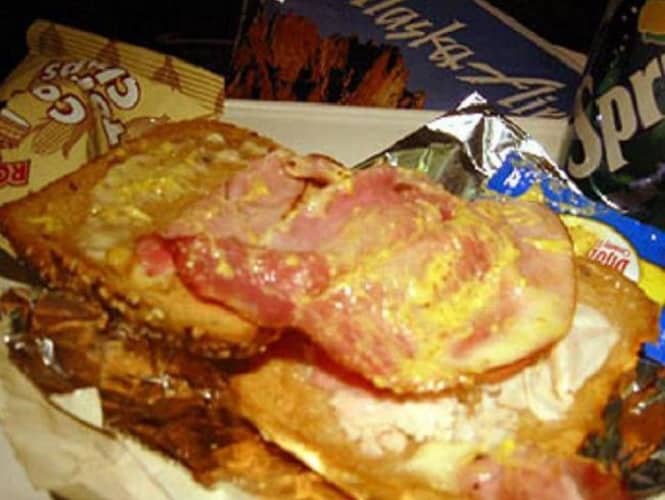 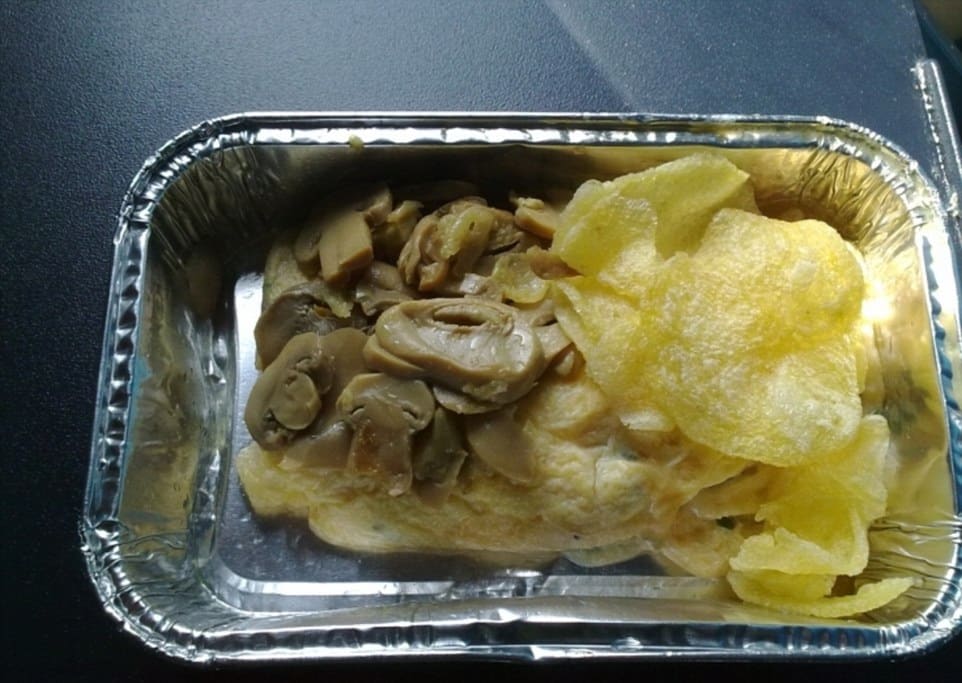 Mushroom omelets are great breakfast meals, however, we can’t say the same about Freebird Airline’s version of this dish. This doesn’t look appetizing at all and the poor guy who eats this is surely going to regret it. 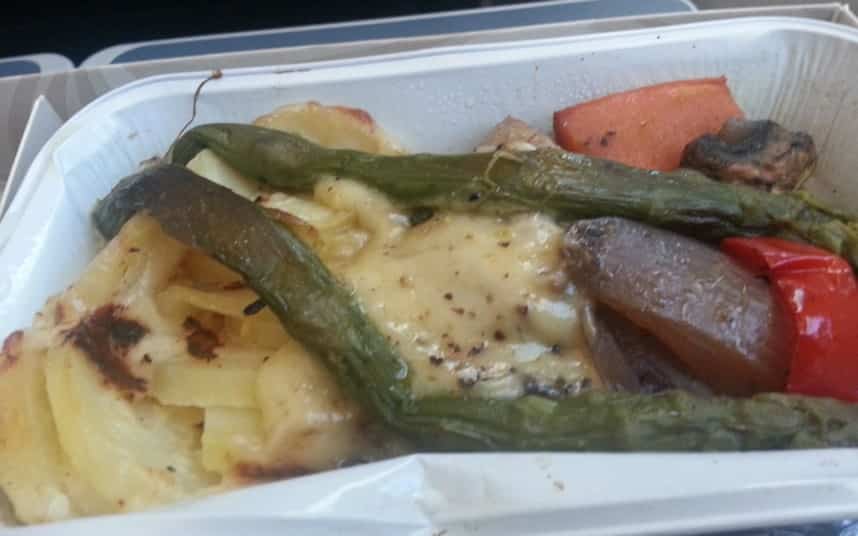 Usually, going with a vegetarian meal is safer than ordering meat. Sadly, these vegetables look like they’re hiding some ants or other creatures beneath them. Anyway, this looks better than the next sausage meal served by a European airline! 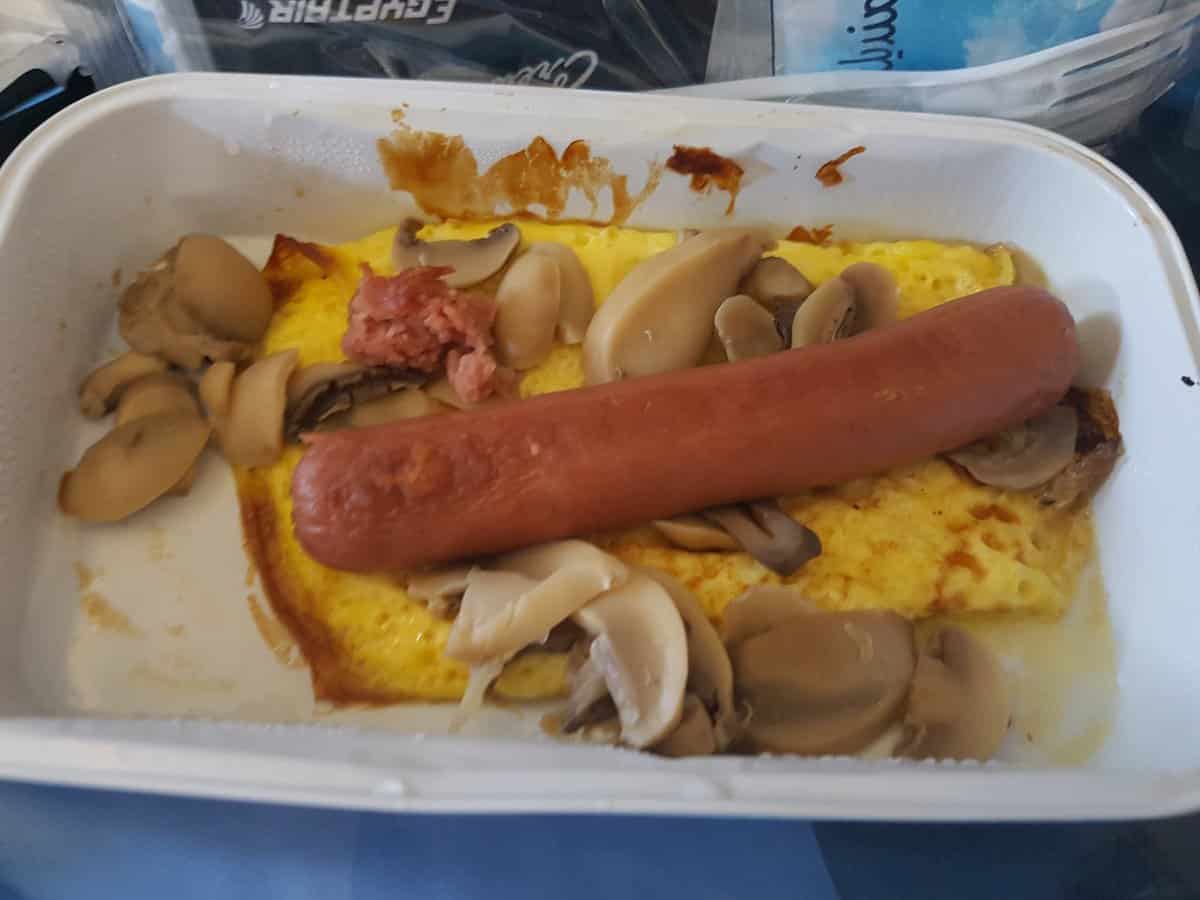 The chef who cooked this food was so lazy that he didn’t even fry the mushrooms. This meal is somehow “appetizing” after looking at #3! 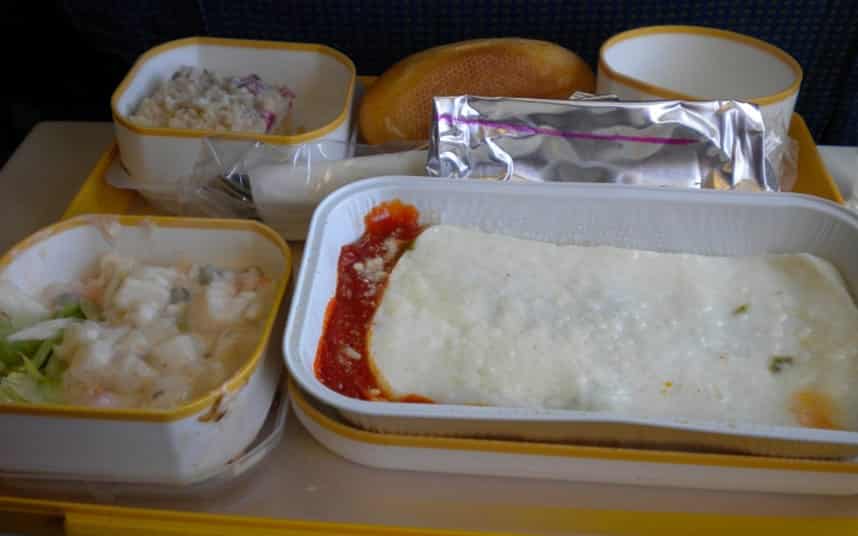 Considering that Lasagna involves sauce, cheese and meat, no one should ever order this meal form an airline in the first place. This undercooked lasagna is going to cause nothing but problems if someone eats it. 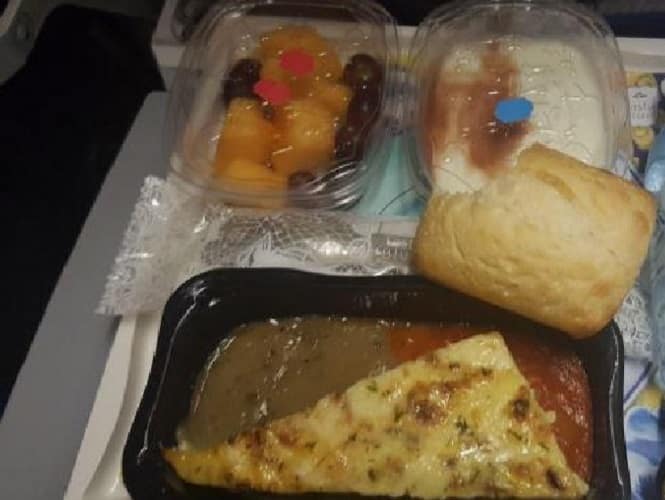 Do airlines really believe this is how a nutritious breakfast should look like? No one is going to blame you for passing on this one. If you also booked an airplane ticket for your kid, please don’t let him eat this… 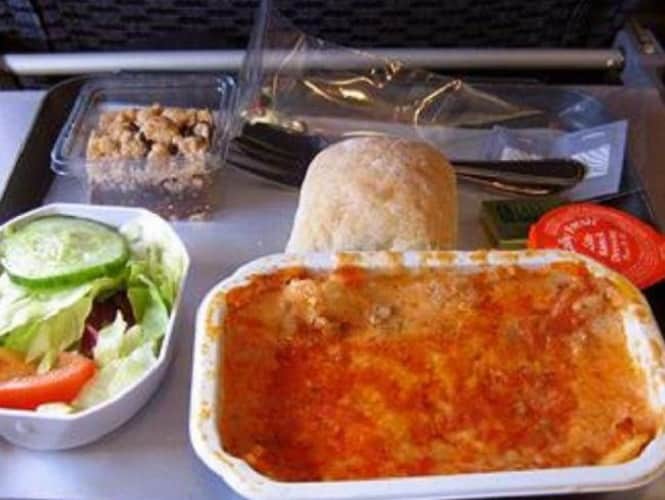 This lasagna looks like it stayed in the refrigerator for a couple of years. I would certainly file a complaint if someone served me this. 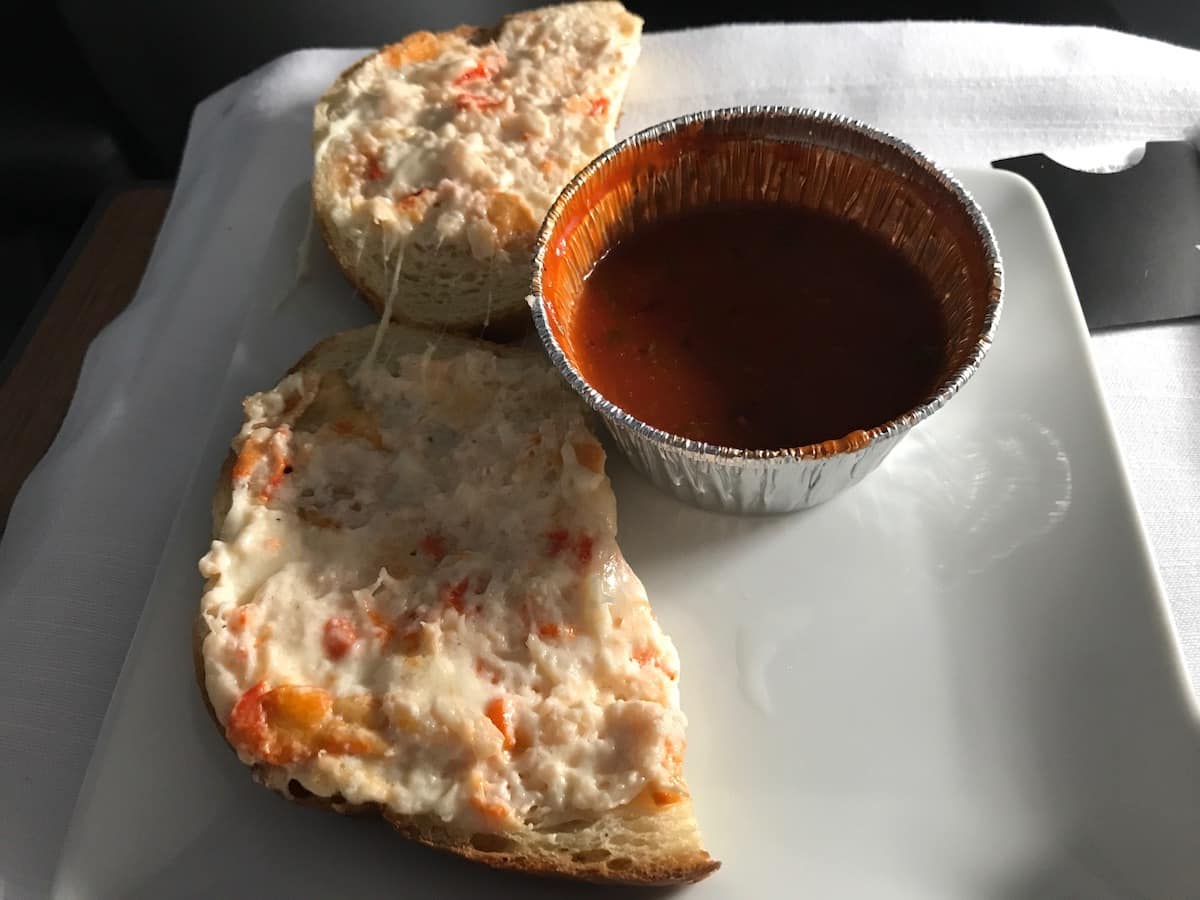 First of all, why is the sauce in an aluminum cup? That’s not where it’s supposed to be. Secondly, airlines need to learn the difference between a lobster roll and a piece of bread that has something on top of it.