He Saved Her Life In Hurricane Katrina. 12 Years Later She Asks Question That Leaves Him Speechless…

One Moment Can Change Lives 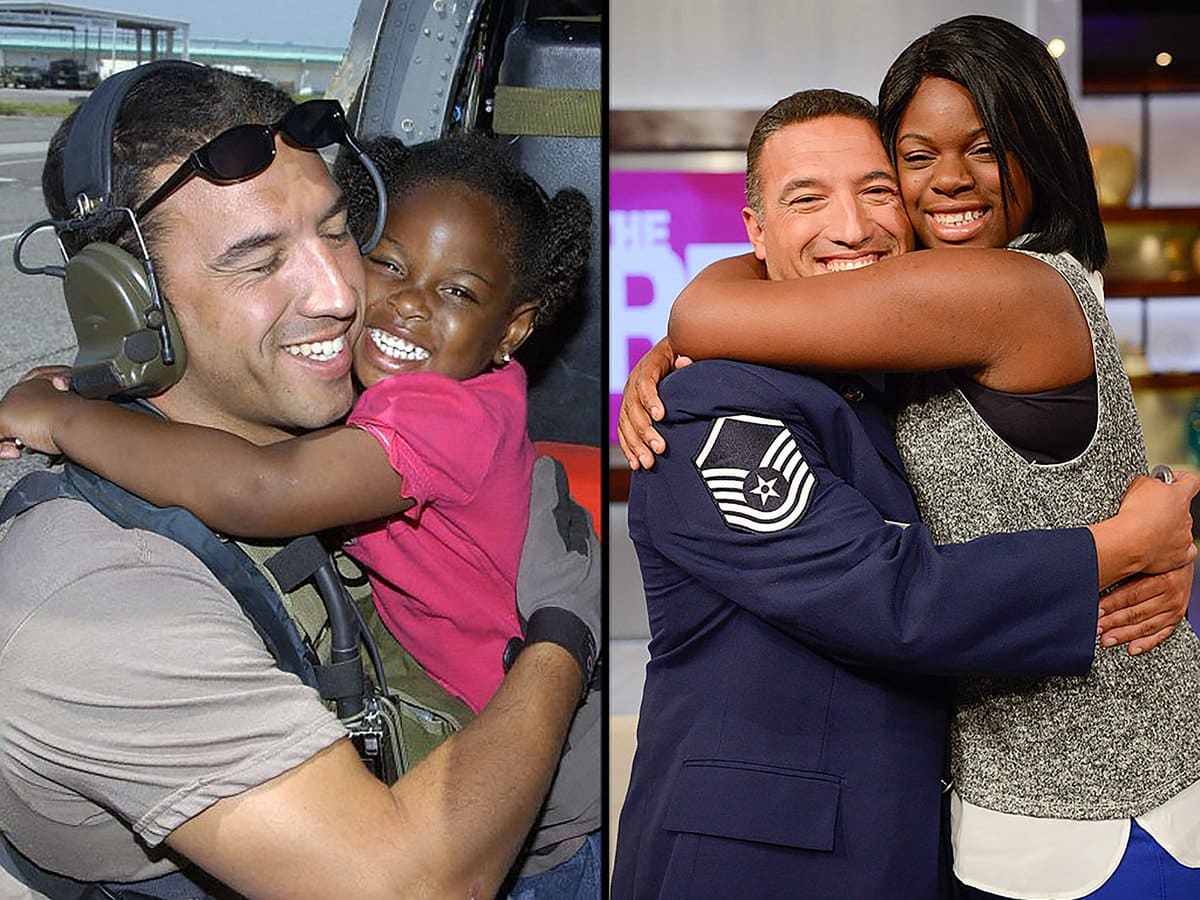 Hurricane Katrina brought devastation and unbelievable destruction to New Orleans. However, for Master Sergeant Mike Maroney and LaShay Brown, it was an event that changed both of their lives forever. A moment where Mike held a then 3-year-old LaShay in his arms, after her home was destroyed by the powerful hurricane.

Facing the Eye of the Storm 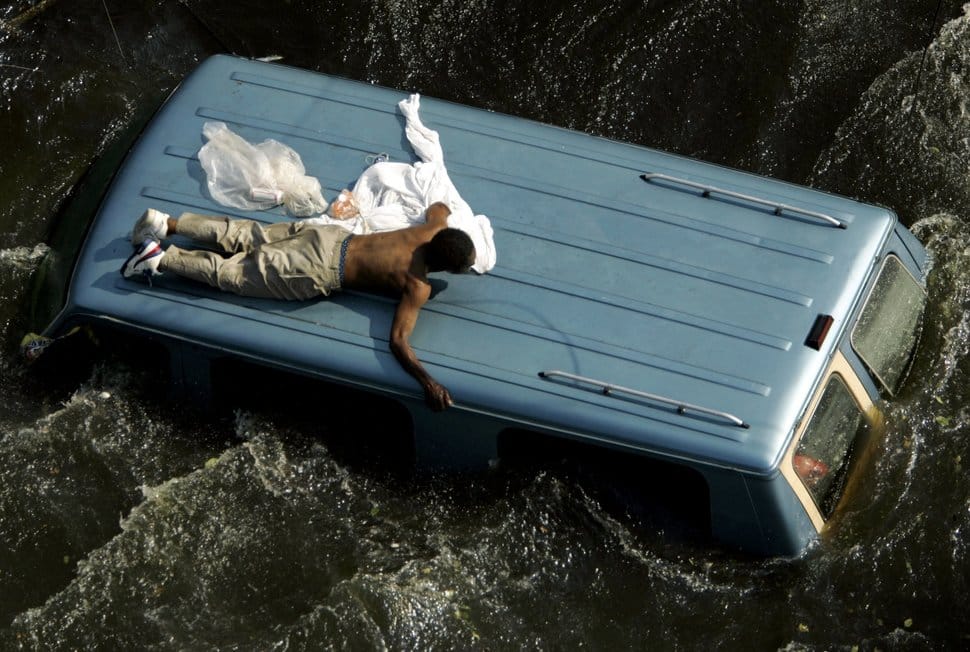 For LaShay and her family, they might not have survived if it weren’t for the help of air rescuer Maroney. When Hurricane Katrina struck New Orleans in 2005, no one knew how destructive it would end up being. With late evacuation orders and no real clear instructions, many citizens were trapped in their cars and homes when the hurricane hit. 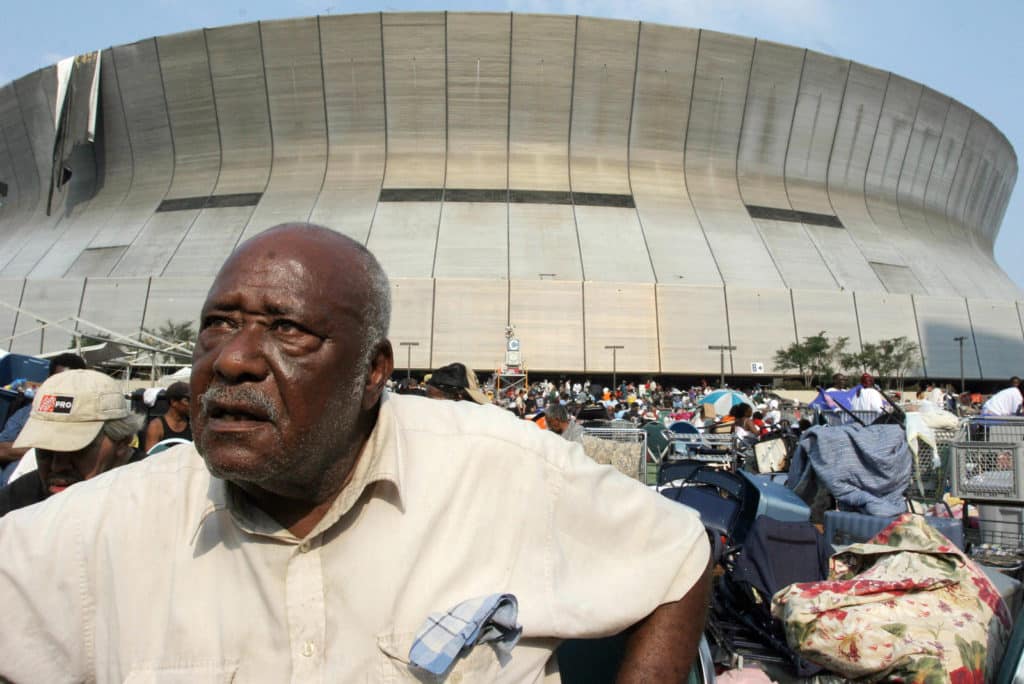 Unfortunately, many of the residents were unable to escape. Many lacked transportation and were forced into shelters, while others remained in their homes hoping for the best. Of course, this led to many avoidable deaths.

The Wake of Destruction 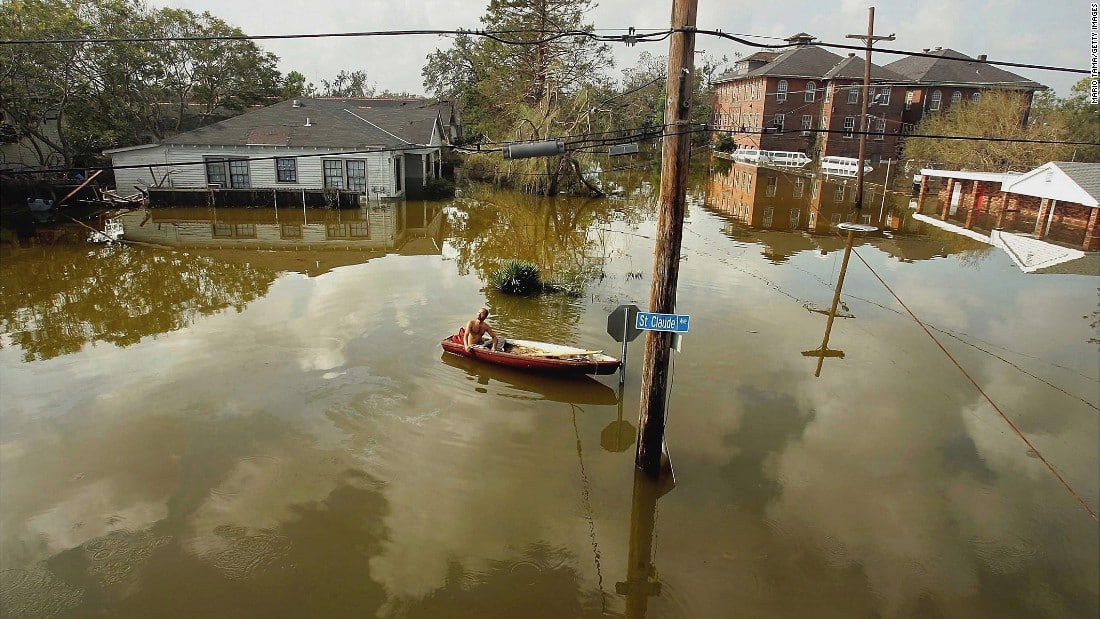 When Hurricane Katrina finished carving her path across New Orleans, over 2,000 people had tragically lost their lives. Thousands more would become refugees due to their homes being destroyed due to the fact 80% of the city was underwater. A truly horrifying situation, indeed. 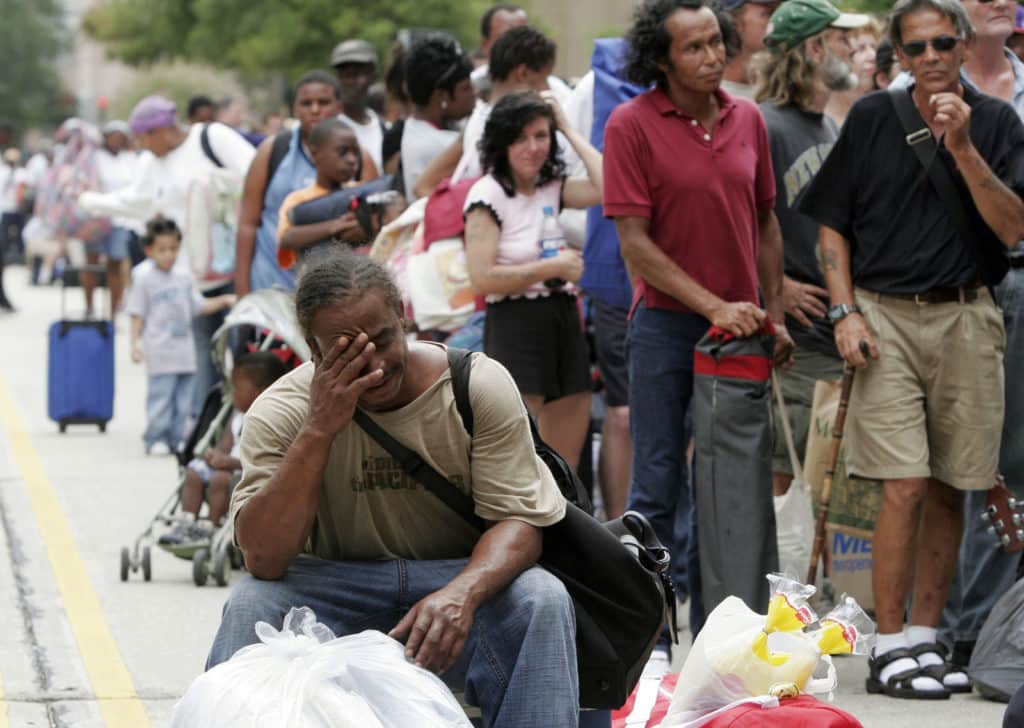 In the aftermath of the hurricane, there were thousands of people left stranded. The government worked hard to devise the best course of action to save people and thankfully 34,000 were rescued by the Coast Guard. The government also recruited the U.S. Air Force to come in and begin rescue missions as well. 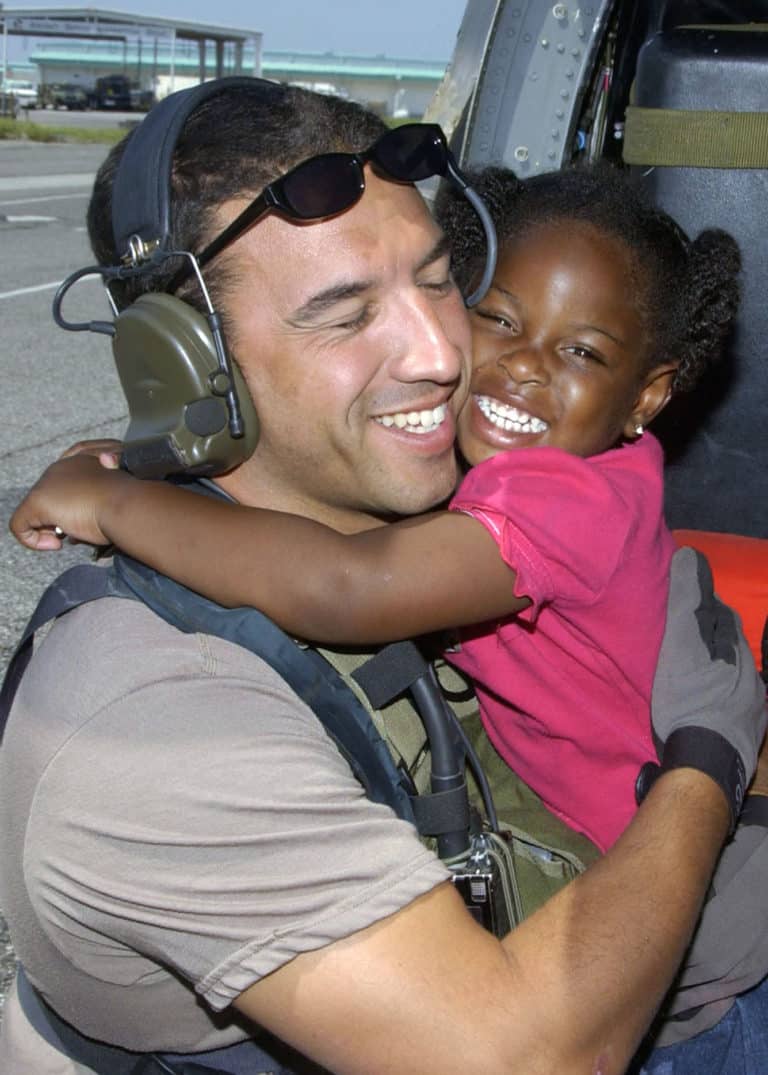 Mike Maroney was one of the rescue specialists assigned to help families in the flooded areas of New Orleans. During one of his missions, he spotted LaShay Brown and her family trying to escape the raging flood waters. Thankfully, they were saved, but it was what LaShay did after that touched Maroney the most. She reached out and gave him a huge hug. 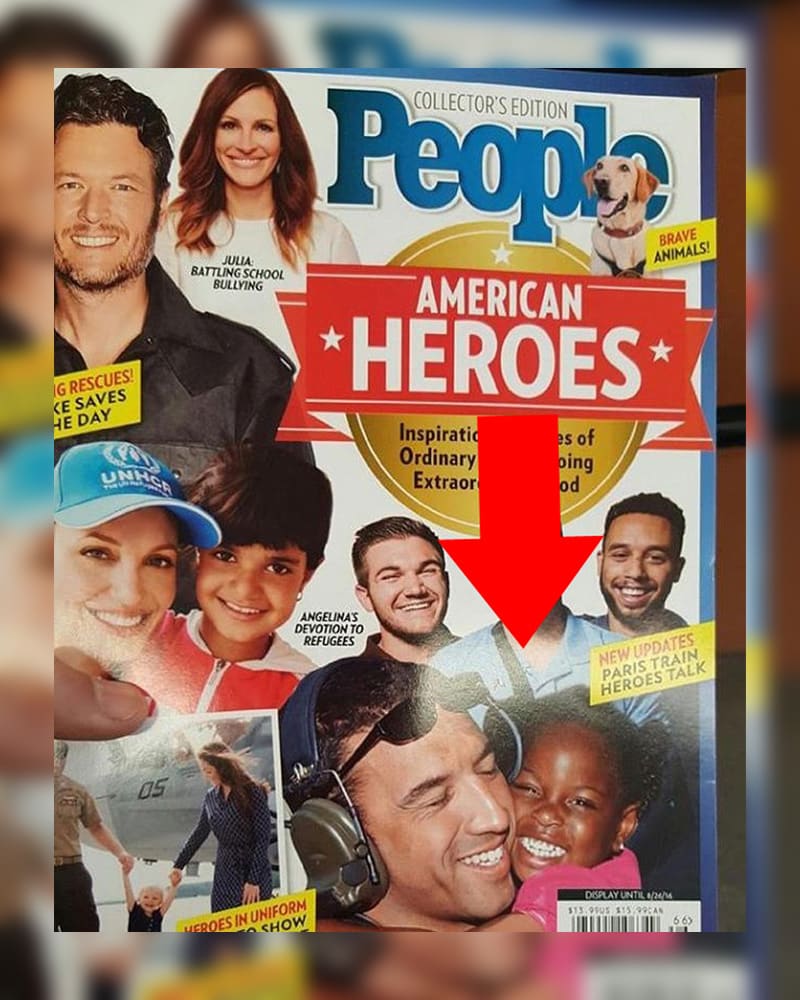 Unknown to Maroney at the time, a press photographer captured the touching moment and the image soon spread like wildfire. It even graced the cover of PEOPLE magazine, inspiring people around the world. 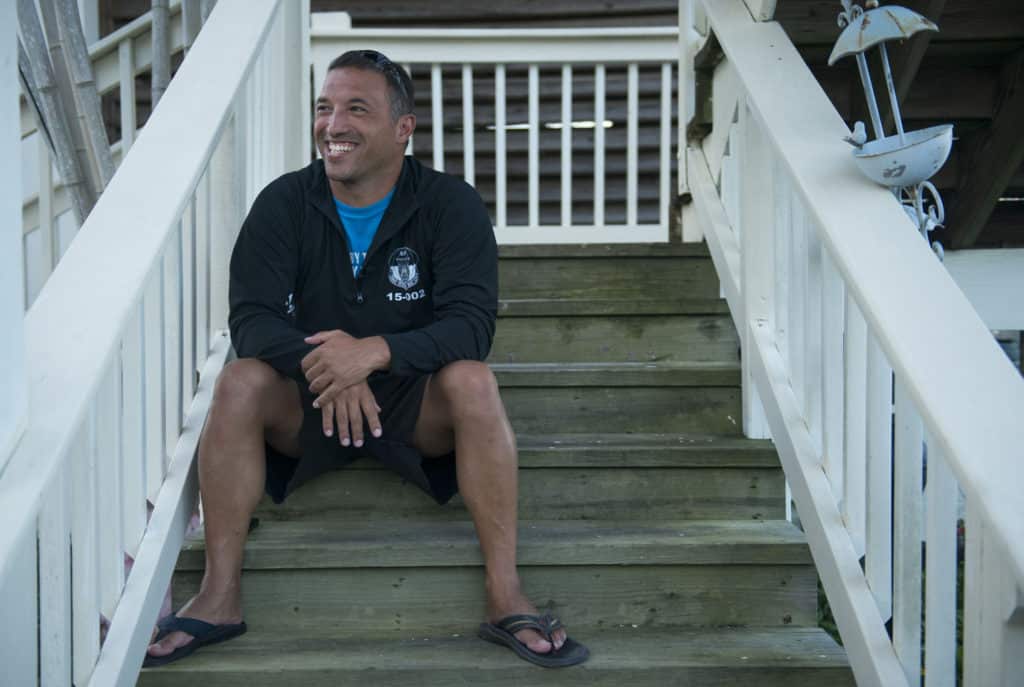 Over the last 12 years, Maroney has held on to that photo, taking it with him on tours in Afghanistan and Iraq. It was such a profound moment in his life that he decided he wanted to find the girl he had saved all those years ago. 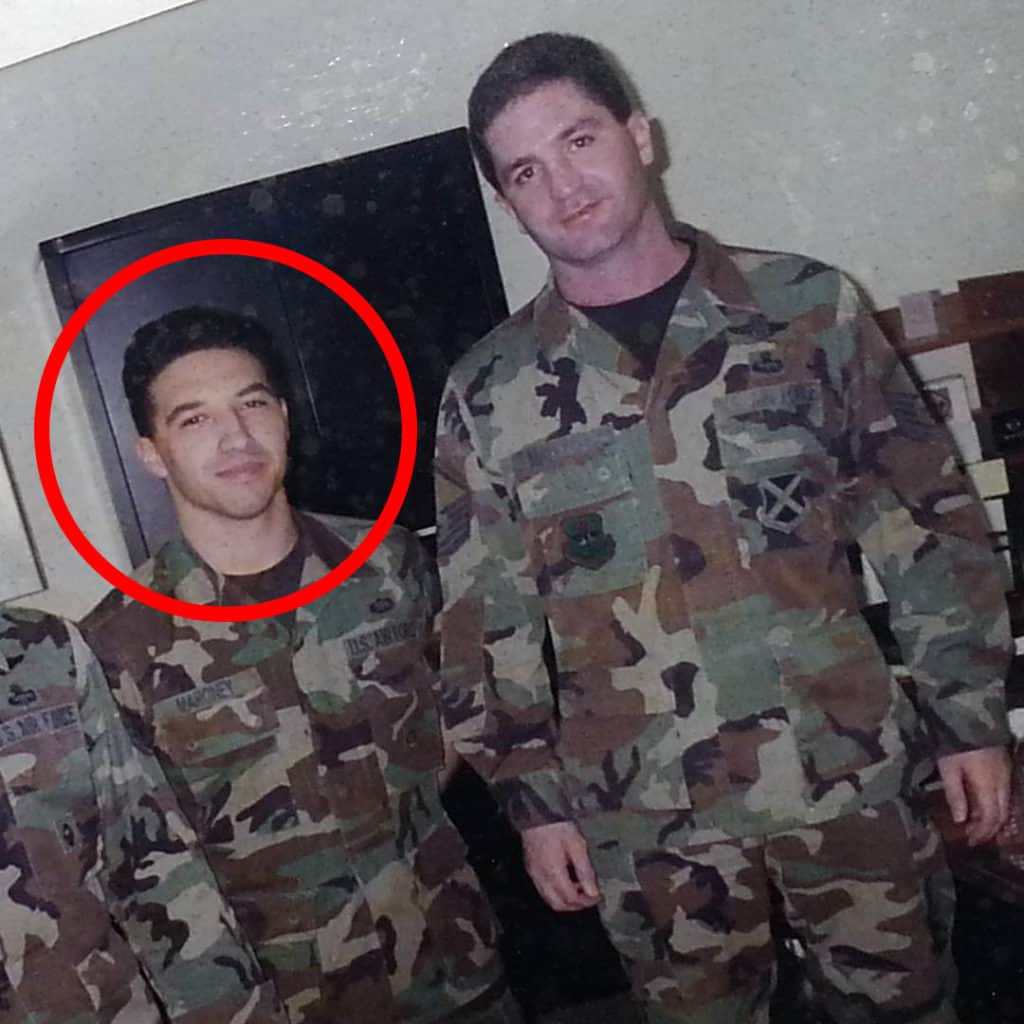 The picture was more than a reminder of the touching rescue he had made. For Maroney, looking at it helped comfort him as he struggled with PTSD. According to Maroney, he began to suffer from the condition after serving in war zones around the world. 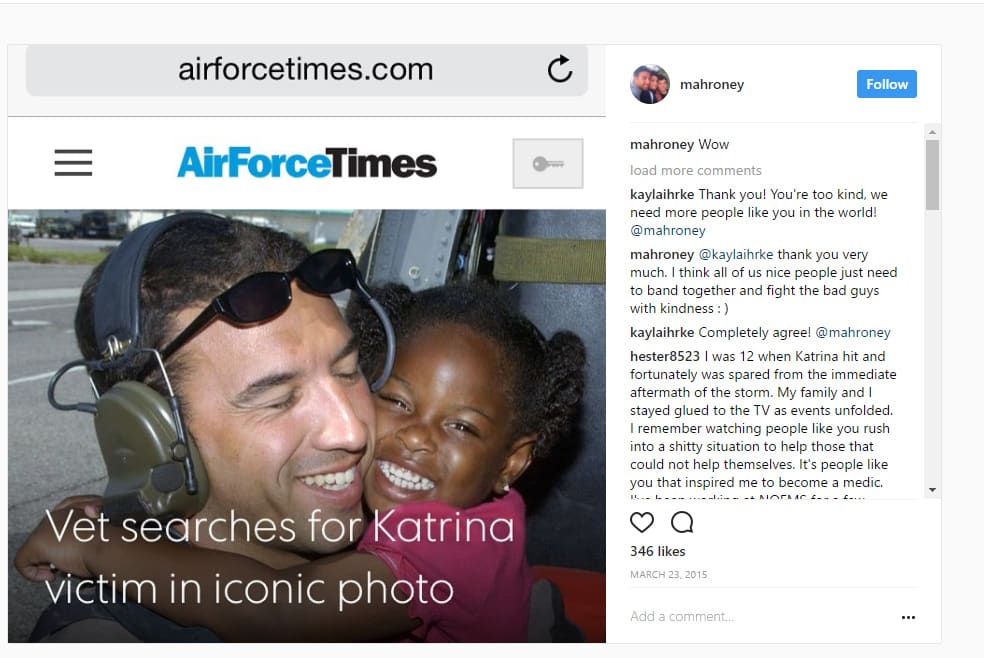 In an effort to find the young lady who had made such an impact on his life, Maroney launched a social media campaign with the hopes it would go viral and he would find the young lady. Sadly, it didn’t take off and only received 42 likes; therefore, Maroney pretty much gave up all hope he’d ever see her again. 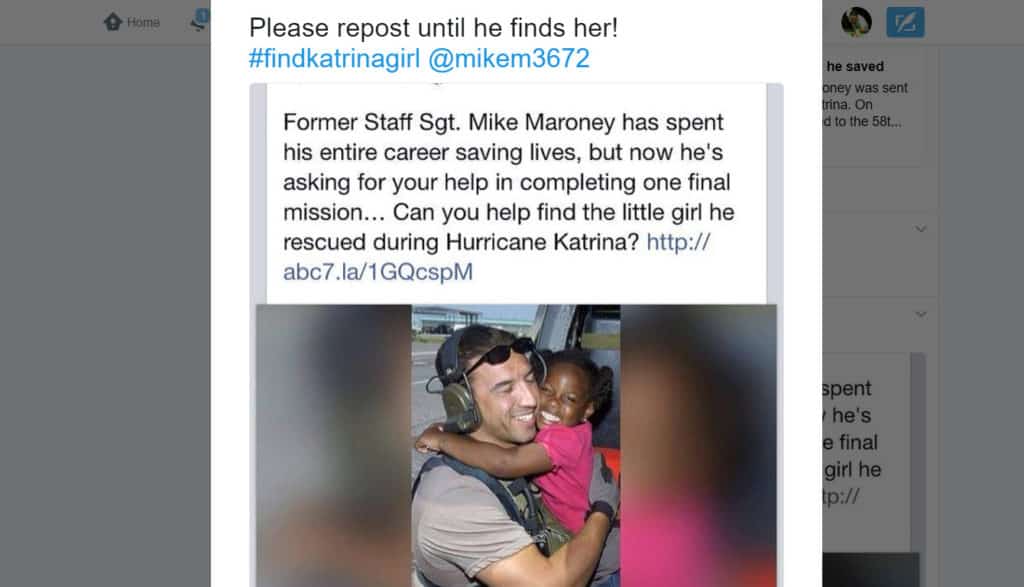 Fortunately, Maroney’s second attempt at finding LaShay proved fruitful. He started a social media post with the hashtag #FindKatrinaGirl and the producers of the reality talk show, The Real were able to track her down. His reunion was finally going to take place! 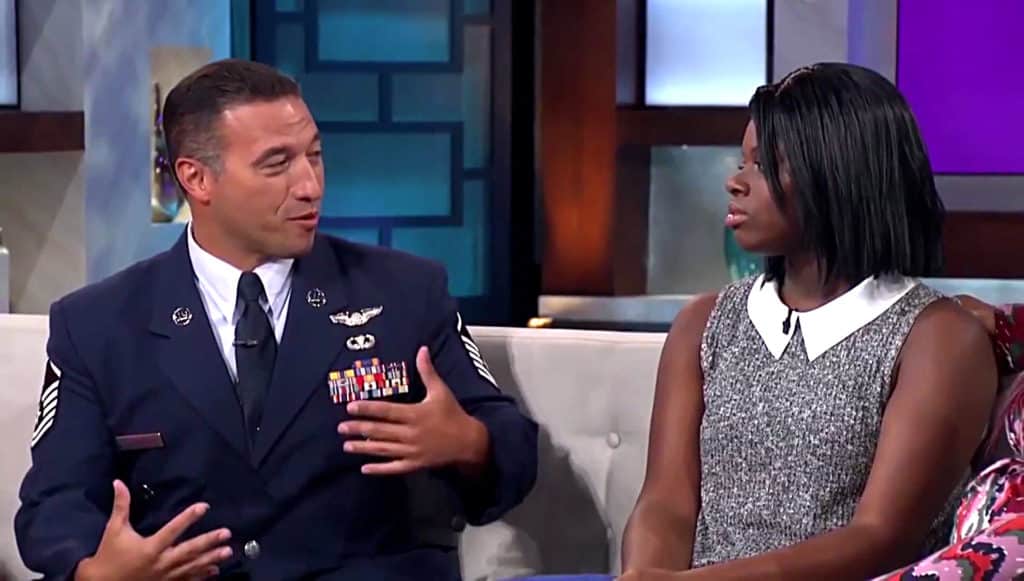 When Brown and Maroney finally reunited, it was an emotional experience for them both. Maroney opened himself up to Brown and revealed to her that she rescued him more than he had rescued her. While Brown had very little recollection of the entire ordeal, Maroney reminded her she had been strong and pleasant through the entire situation. 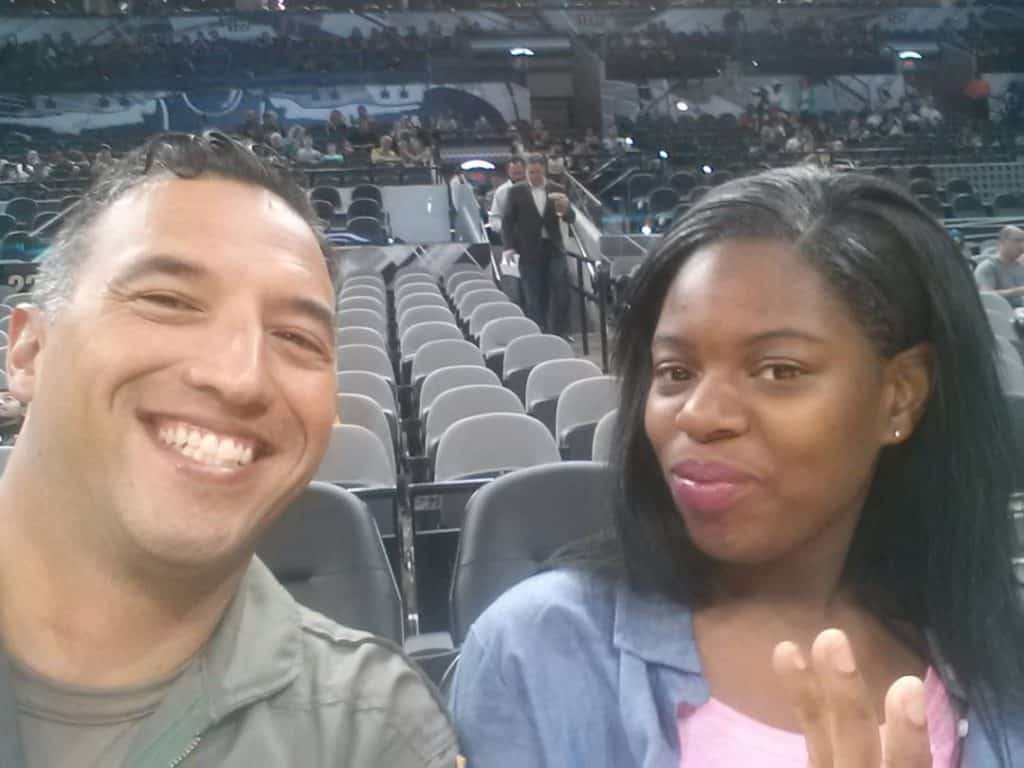 The reunion would just be the beginning of a blossoming friendship between the two. Maroney regularly keeps in contact with Brown and he even taught her how to swim. It seems both Maroney and Brown benefited from having being brought together.

Inspired to Be Better 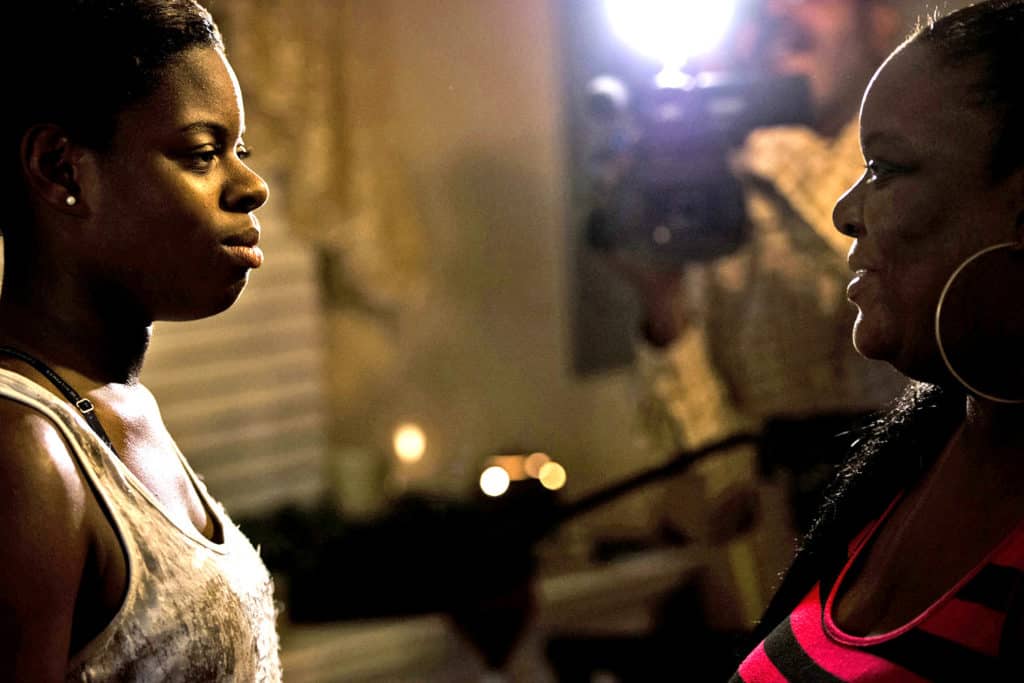 Inspired by Maroney, Brown has gone on to enroll in the Junior Reserve Training Corps (JROTC) program at her school. The pre-training program is designed to give high school student a taste of military life. 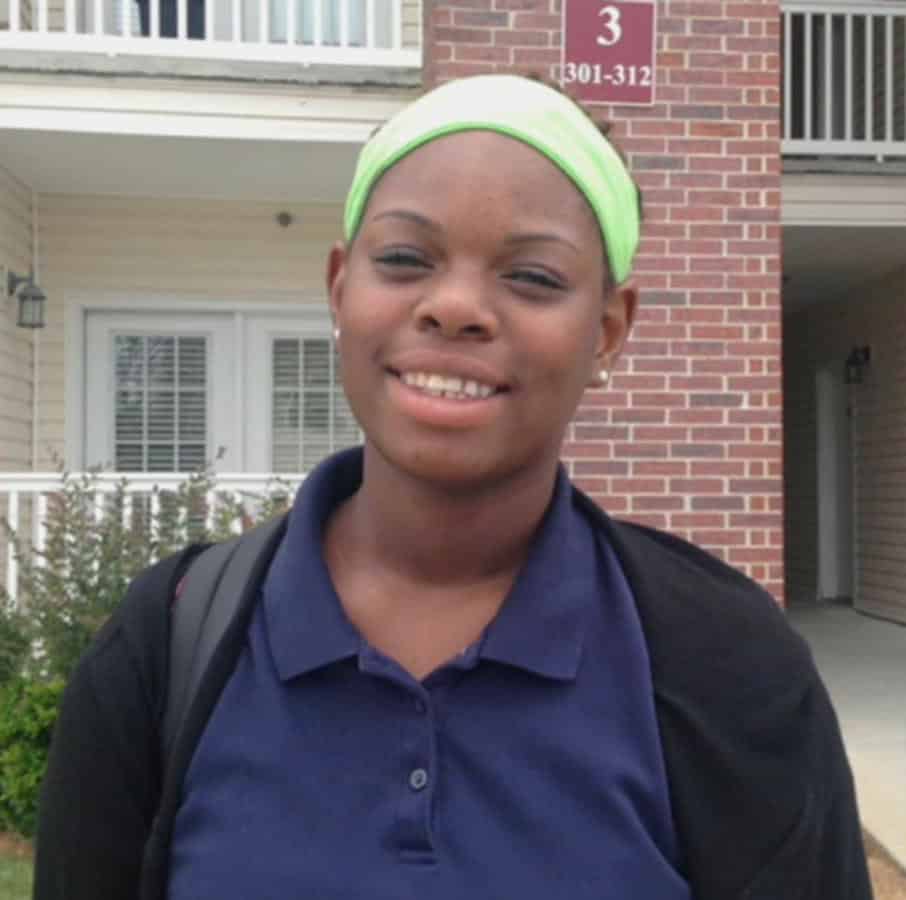 Speaking about her decision to PEOPLE magazine, Brown said, “It was very interesting and a challenge, and because I had never done it before. I knew if I joined I would have help from Mike along the way if I needed it, or was confused about anything.” 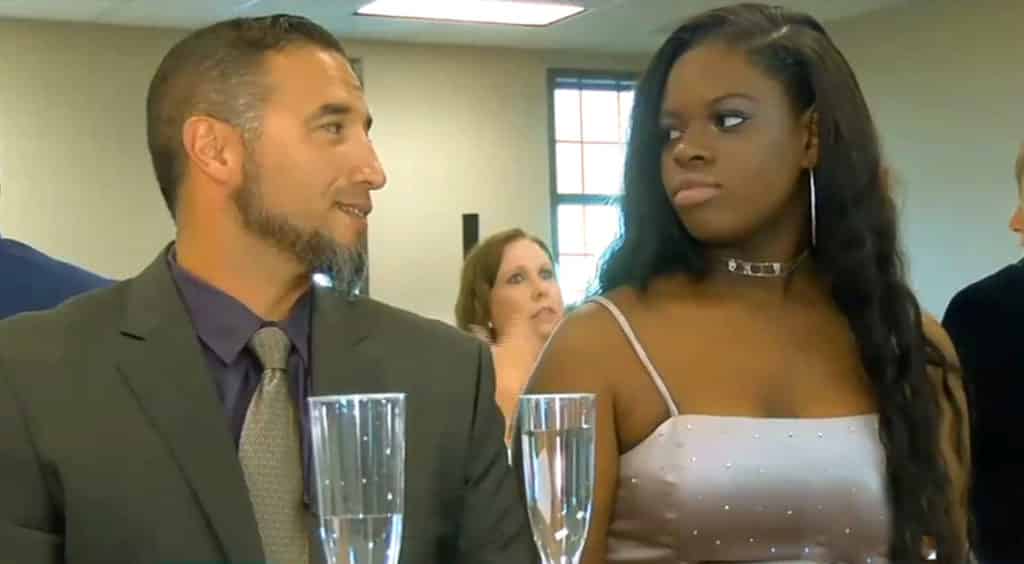 For LaShay Brown, meeting Maroney had a huge impact on her in every way. Not only as a child, but as a teen as well. When it came time to invite someone as her date to the JROTC ball, she could only think of one person to go. Of course, Maroney said yes, because he would do anything to repay LaShay for that hug over 12 years ago.

A Night to Remember 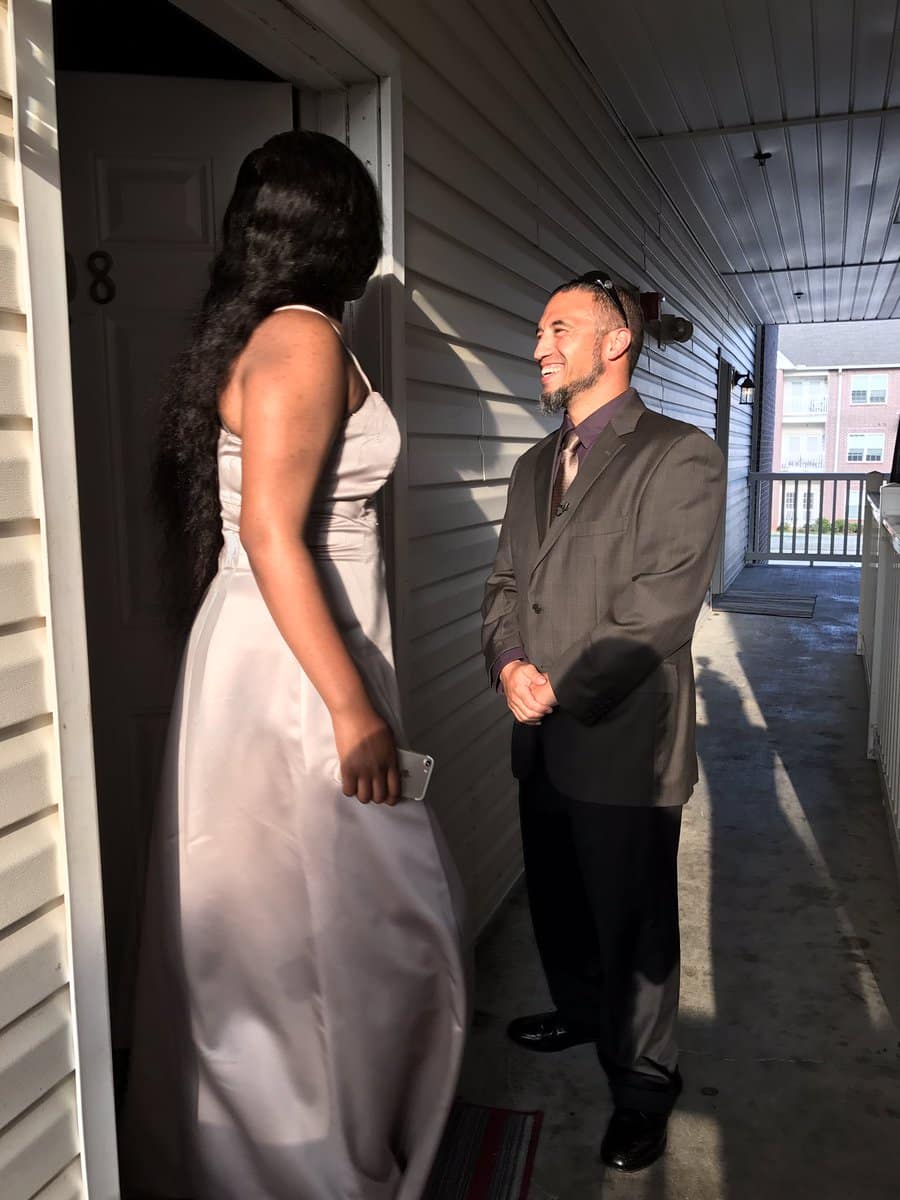 The night of the ball was one that LaShay will remember for the rest of her life. She couldn’t think of a more perfect person to share the experience with. And for Maroney, he was just honored to have been asked. 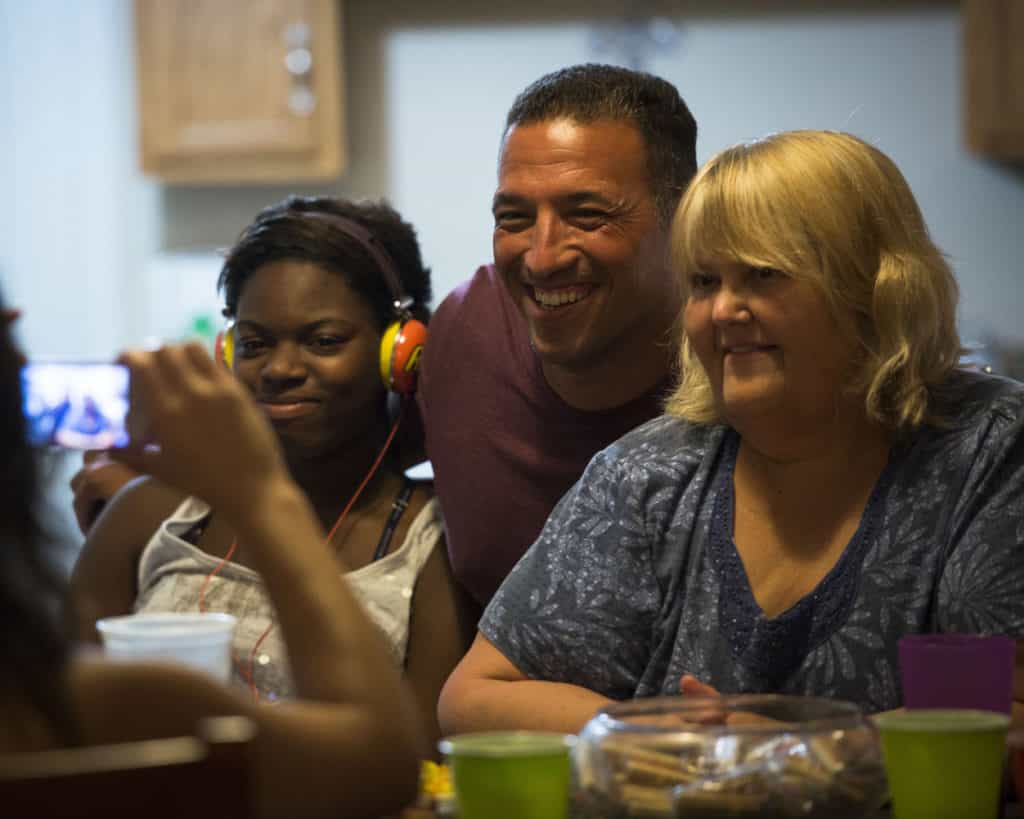 According to LaShay, she plans to continue to walk in Maroney’s footsteps after she graduates and join the military. Although, she currently can’t decide if she wants to into the air force or another branch of the U.S. armed forces. 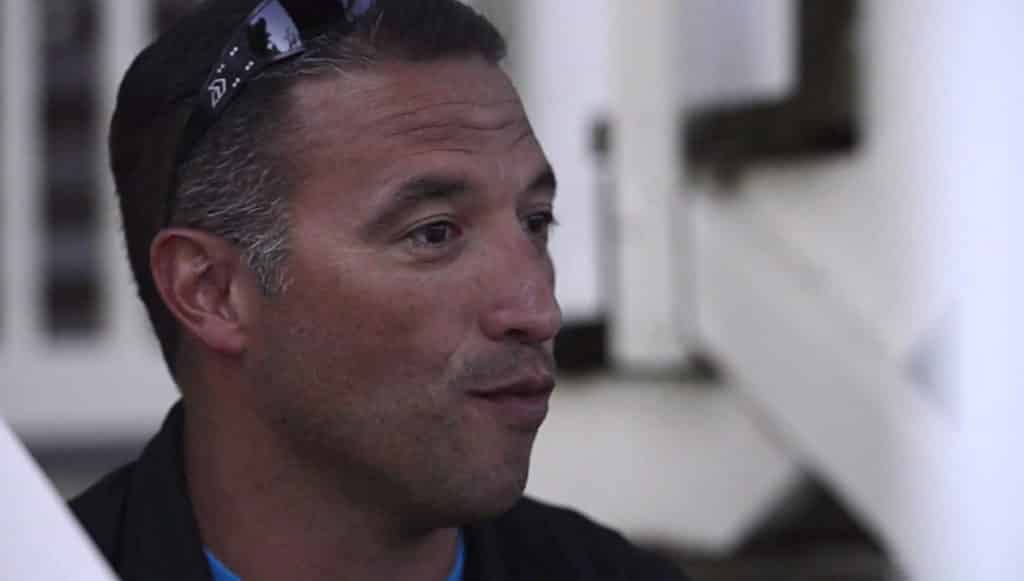 So what does Maroney think of LaShay’s future plans. Well, he had the following to say to PEOPLE magazine.   “I am proud of her no matter what she does and will support her in everything she does. I think she understands service, and I believe that she will do great things no matter what she chooses.” 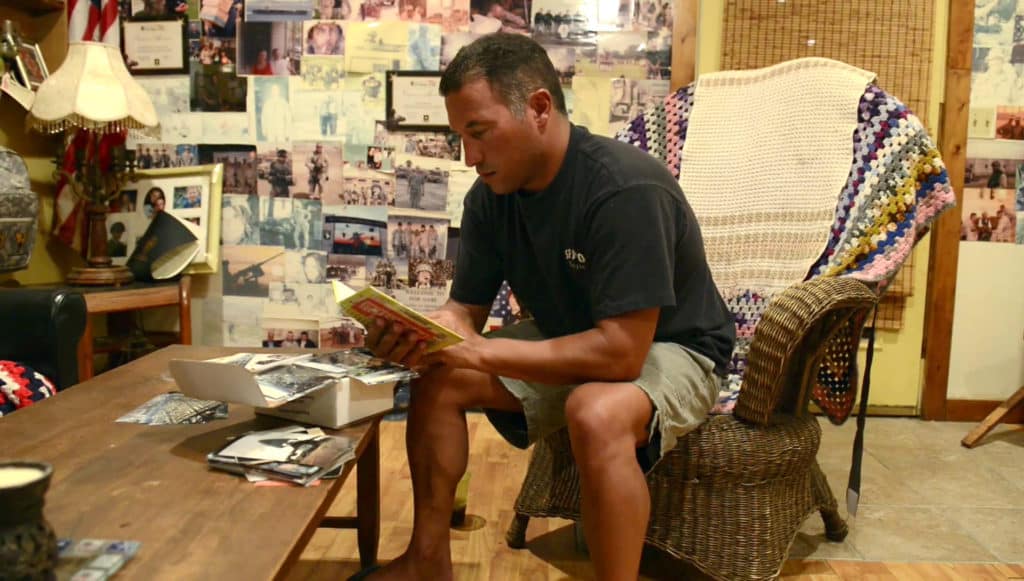 As for Maroney, his plans finally retiring from the air force and becoming a motivational speaker. He hopes to inspire the next generation of servicemen and women, showing them their true potential within the U.S. military. We wish him nothing but the best in his future endeavors. It’s amazing how one hug, changed the lives of two strangers forever.