It’s time for the holidays and that means older children will be home from school. If you are looking for family friendly movies to rent now, Redbox has you covered. The movie rental company has added movies that are appropriate for kids 10 and under, and for kids over age 10, to its local offerings. Don’t forget that Redbox often has coupon codes that allow you to rent a movie for $1, or occasionally even for free! 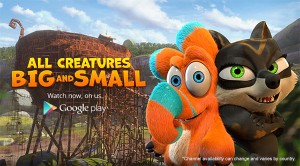 The offerings for kids under 10 include Elf: Buddy’s Musical Christmas, which is a one-hour animated tale about an elf who leaves the North Pole to find his dad, who is on the naughty list.

Shelby is a 2014 live action movie about a rescue dog named Shelby who escapes the animal shelter on Christmas Eve. He finds a boy named Jake who wants to become a magician…and magic ensues!

Maya The Bee is a recent movie about Maya, a little bee with a big heart.  Santa Buddies is an animated movie and the fourth installment of the Air Buddies spin-off series and the ninth film in the Air Bud franchise. Follow along as Puppy Paws, the fun-loving son of Santa Paws, learns the meaning of Christmas.

All Creatures Big and Small is a retelling of Noah’s Ark. The animated movie takes place at the end of the world, when a great flood is on its way. Although an Ark has been built to save all animals, Nestrians aren’t allowed. A Neterian family,sneaks on board, only to see the kids fall off – prompting the family to go on an epic adventure to reunite.’ 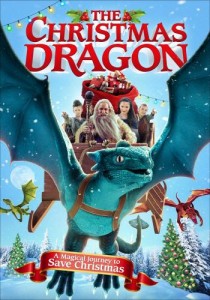 Jim Henson’s Turkey Hollow follows the Emerson family as they head to the quaint Town of Truckee hollow to visit Aunt Cly. Tim and Annie quickly grow bored without the Internet, and soon try to track the howling hoodoo, an elusive monster the locals dismiss as a legend.

The Christmas Dragon is about a group of orphans who go on a journey to restore the lost magic and save Christmas.

Redbox also carries recent movie hits that the older set can enjoy, like Inside Out, the popular Pixar movie from earlier this summer; Pixels, which revisits classic video games when aliens misinterpret video feeds of classic arcade games as a declaration of war and attack the Earth; Paddington, a movie of the classic children’s book, which follows a young Peruvian bear who travels to London and finds a family; Disney’s live-action Cinderella, and Disney’s Tomorrowland, the story of a teen with scientific curiosity and a former boy-genius inventor, who meet and embark on a mission to unearth the secrets of a place somewhere in time and space that exists in their collective memory. Tomorrowland is built on the popular Disney Parks attraction.

Of course you can also rent some all-time family Christmas classics like: