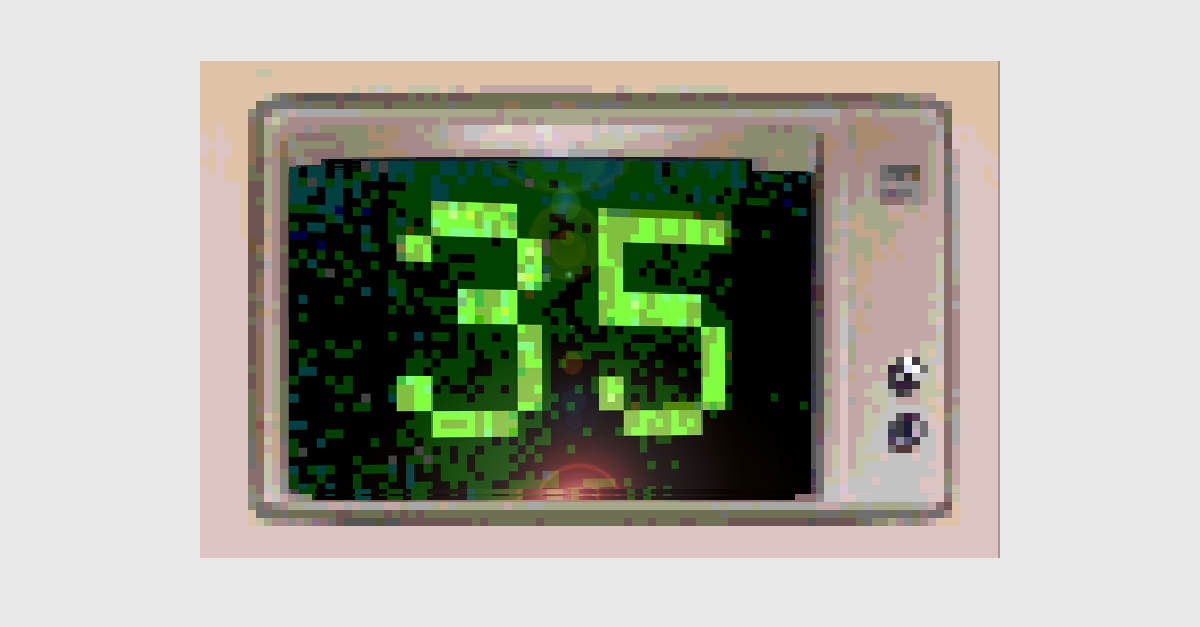 It had 16KB of RAM; it could be connected to a TV set, just like the other home computers of the day; it had a cassette port for saving programs and data to magnetic tape; it had GWBASIC in ROM; it had an unburstable keyboard that sounded like a suppressed AR-15 popping caps; it was reassuringly huge, with the sort of recessed red power switch you’d expect on industrial machinery; and it would set you back a shade over $1500.

You could squeeze in up to 256KB of RAM, and you could get a 10MB hard disk, but the disk drive wouldn’t fit into the PC itself, so you had to buy an Expansion Unit, with its own industrial-grade power switch and 130W power supply.

Power management was critical: if you wanted the PC to see the hard disk at all, you had to be sure to fire up the Expansion Unit first, and only then turn on the PC itself. (Been there, failed to do it.)

The business world loved it.

There wasn’t a killer application at the start – indeed, there weren’t really any applications at all – but there was a killer concept: it was a personal computer for the workplace.

In other words, senior executives could have all the fun of a home computer, but with the all the price, presence and presentability of a 3270 Display Terminal.

If that sounds back-to-front, it probably was (and this was the 1980s, so who can say?), but here’s how it worked.

You’d get laughed out of town by the bean-counters for suggesting an Apple II home computer for work purposes, even at half the price of a PC; but you’d be taken seriously for insisting on an IBM PC business computer for…well, because you could!

(We were about to say, “For playing Leisure Suit Larry, of course,” but he wasn’t invented for another six years.)

It was like BYOD, only the other way about, if that makes sense.

Ironically, perhaps, given that IBM-compatible PCs were soon to become well-known for computer viruses, the first threat that we’d identify as “malware” in the contemporary sense was Elk Cloner on the Apple II.

In another irony, given IBM’s reputation as a vendor of large, expensive, a hyper-proprietary, closed-source, cloaked-in-confidentiality products and services, the other killer factor behind the PC’s success was just how easily and how much you could find out about how it worked.

You knew you wanted a copy of the source code (I did! It wasn’t cheap, but I bought one!), because it was full of cool secrets that let you pull off wacky programming tricks.

But as soon as you looked at it, you were assimilated into “those who could not claim to have been uninfluenced by it,” just in case you ever thought of writing your own “improved BIOS” and selling it as a replacement.

Of course, many [time flies, methinks you mean ‘most’ – Ed.] of the programmers busily coding today weren’t even alive when the IBM PC came out, and many of those who’d like to see a real PC out of historical duty probably never will.

Original IBM PC 5150s are pretty scarce now – the “must upgrade to the new model” treadmill has been with us since the start.

Plus ?a change, plus c’est la m?me chose.

So, to help us reminisce about the computers of yore….

…what was the first computer you had at home?