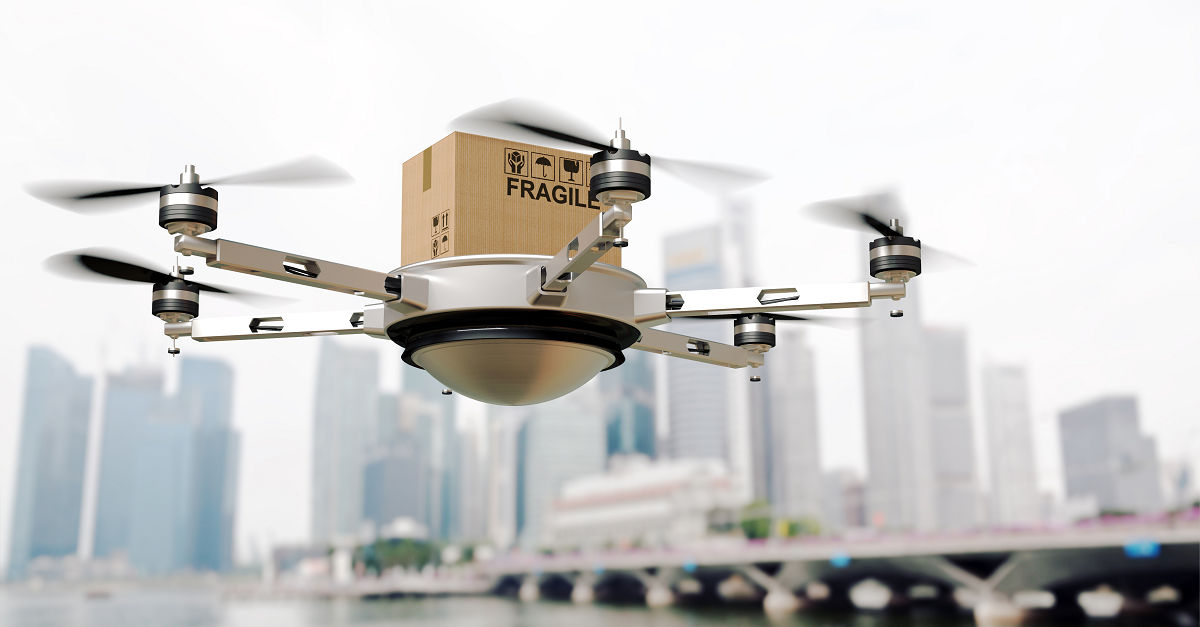 Amazon has partnered with the UK government to test drone deliveries.

The company announced the program on Monday. It opted to test out its Amazon Prime Air delivery in the UK, where rules are more flexible than other countries.

There are three main issues with drone deliveries that Amazon’s looking to crack:

On its Amazon Prime Air site’s FAQ, the company says it’s evaluating over a dozen prototypes of unmanned aerial vehicles (UAVs), and that the look and characteristics of the drones will evolve over time.

One of those prototypes can be seen in this video.

That particular drone model gets loaded at the warehouse, rises vertically through the roof, then flies horizontally at a height under 400 feet.

It can fly out-of-sight for 15 miles, Amazon says. And, equipped with sensor and avoidance technology for both on-the-ground and airborne obstacles, the drone knows what’s happening around it.

Once it approaches the delivery address, the drone scans the ground for hazards, then lowers itself to deliver the package onto a landing mat that the customer has placed on a safe spot.

According to the BBC, Amazon’s also going to be working on making the UAVs quieter. As far as privacy goes, Amazon says the drones will have sensing technology, but not cameras.

This isn’t just about Amazon: it’s about fashioning rules and regulations that would affect the evolution of the logistics industry as a whole, as it could lead to other businesses adopting drone delivery.

Amazon didn’t give details about how many packages will get dropped in the UK. As far as how big each package might be, they’d have to weigh less than 2.2kg (5lbs), and that covers 80-90% of the things the company sells, according to the BBC.

In other drone-related news, Feds in the US said on Monday that the Department of the Interior is going to deploy anti-drone software to block drones that fly too close to wildfires.

As it is, drones flying too close to fires have hampered firefighters’ efforts in multiple blazes. Last week, California made its first arrest of a drone operator for flying over a fire.

California had tried to pass a 350-foot no-fly zone, but Governor Jerry Brown shot the law down because he said it would be a hassle for both hobbyists and business:

[The bill] could expose the occasional hobbyist and the FAA-approved commercial user alike to burdensome litigation and new causes of action.

Guide to Choosing the Best Toys to Make Your Kid Smarter

Garage Design Is An Important Step Towards The Proper Arrangement

25 Complete Strangers Who Met Their Doppelgängers