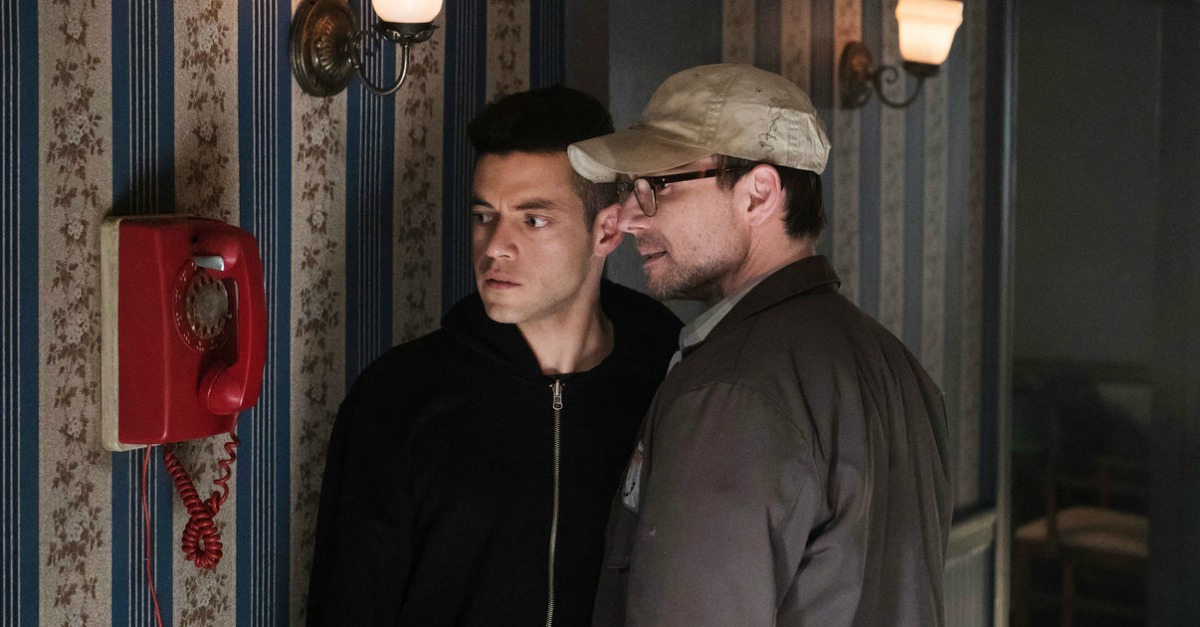 Continuing from last week’s article on the accuracy of security concepts in Mr. Robot, I watched the latest episode with great interest to see what new themes might pop up.

This one wasn’t nearly as tech-heavy as the previous episode, but there was nevertheless a technological explosion and some hacking references to sink our teeth into.

WARNING: SPOILERS AHEAD – SCROLL DOWN TO READ ON

We got confirmation in this episode that long-time fsociety member Romero was in fact a phreaker.

Phreaking was the predecessor to hacking: instead of computers and networks, phreakers worked on accessing and manipulating telecom systems, often to evade hefty calling costs.

There had already been speculation that Romero was a phreaker given that he was significantly older than the rest of the fsociety members, and thus had probably cut his hacking teeth on the telephone network.

Phreaking to evade paying for phone calls was and is, of course, illegal – which is why it’s no surprise that S2E2 mentioned that Romero had spent some time in jail.

There are a lot of fantastic stories about the exploits pulled off by phone phreaks back in the golden age of phreaking.

John Draper, for example, figured out that the toy whistle included in a box of children’s cereal played the same frequency as the tone used by a major phone system, allowing him unfettered access.

Draper become famous, or perhaps infamous, as Cap’ Crunch – the name of the cereal that provided the whistle.

Other freakers, such as Joe Engressia, known as Joybubbles, could even whistle the right signal tones themselves.

In S2E2, a law enforcement agent plugged something into Romero’s computer, and the computer spat out some very angry flames.

I was a little surprised to see an investigator make such a n00b mistake and not even check to see if the computer was booby-trapped first, but for the sake of the story we’ll allow it.

So what happened exactly?

It wasn’t terribly clear, because it was only about three seconds on screen.

It may have been a booby-trap of some kind of port using thermite; I thought it might also be a wink to the Etherkiller and USB Killer: both will rather quickly ruin the computers they’re plugged in to with a jolt of voltage.

Blink and you’ll miss it

There were two smaller references worth mentioning:

Did you catch this week’s episode, or are you still waiting for it to be available where you live? (Will you ever be able to look at cream of wheat the same way again? I know I won’t.)

Sound off in the comments. Until next week!