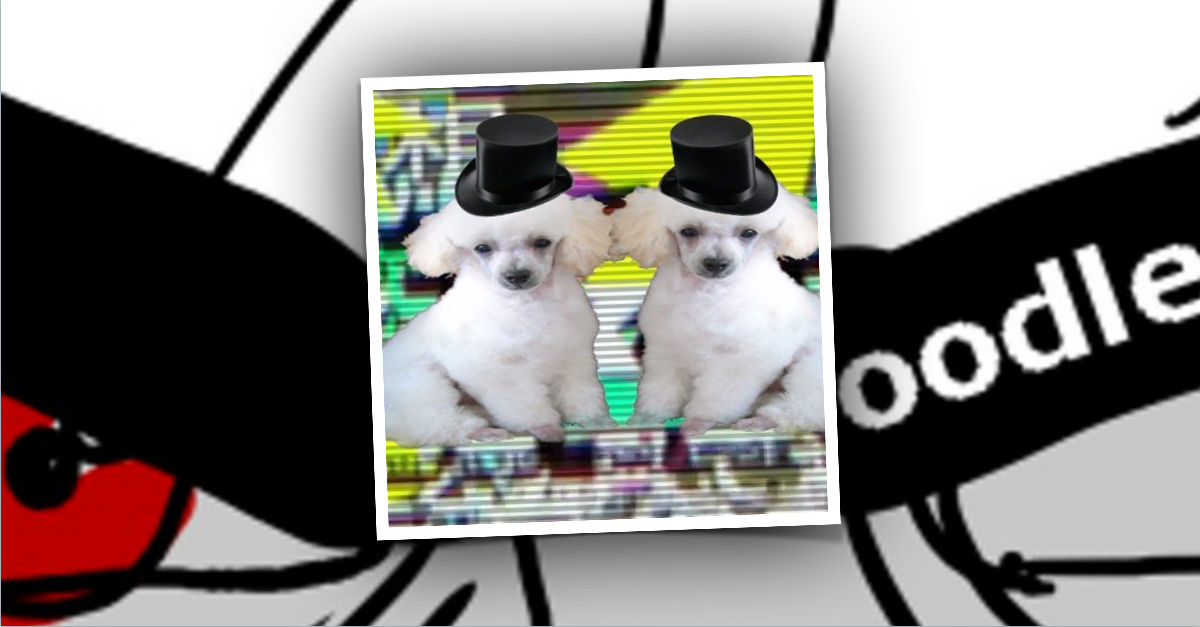 Are you a Pok?mon GO fan?

I can’t tell you whether I like it yet, because the darn thing won’t work on my Android.

All I get is an immovable red bar at the top of the screen saying GPS signal not found.

Ironically, that means I’m logged into the game, but I can neither play it nor log out. (The red bar blocks inexplicably block access to the logout option.)

I did get one of the introductory Pok?mons, a Bulbasaur that turned up in the atrium at Sophos HQ in England, but that’s it.

As it happened, I was an early adopter, by acquiring the official Android Package (APK) file someone with a US Google Play account, and installing it on my own device using the Android developer tools.

The game wasn’t officially available in the UK when I first tried, but it was already as much of a social media sensation as in the US.

Users were flocking to it, either by creating made-up accounts overseas, or by “sideloading” a copy of an officially-installed version, as I did, or by finding a locally-available pirate site and installing from there.

Flocking might be an understatement, in fact, because even in its UK “pre-launch” period, load was so high that I kept getting this message: 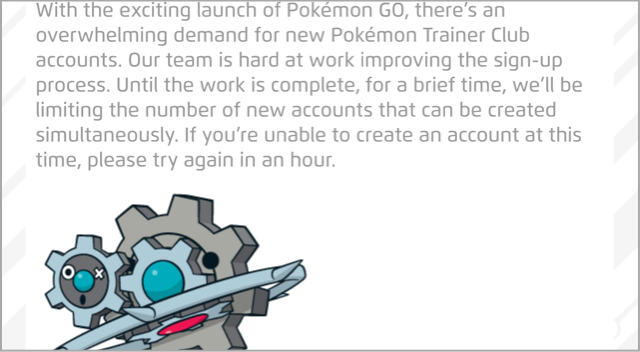 For many in the UK, that continued throughout the weekend, even after the official launch, and continues as I write this [2016-07-18T15:00Z].

I’m guessing, a trifle cynically but probably entirely accurately, that the average person doesn’t wait a whole hour, or even, for that matter, a whole minute.

In other words, the Pok?mon GO network is clearly under very heavy load, and that’s without the ministrations of any spoilsport hackers.

As indeed, the hacker collective known as @PoodleCorp tweeted this weekend:

Of course, that makes you think: “Did Pok?mon GO struggle because of natural load, or were the Poodlers somehow involved in a DDOs?

DDoS is short for Distributed Denial of Service, where you arrange for a huge amount of purposeless traffic to a website or online service, in order to dilute the bandwidth left over for real customers. It’s a bit like standing in the queue at the station while seven people in front of you ask genuine-sounding questions one by one, such as “When is the next train to Reading? Can I take my bicycle? What about the Sunday timetable? Is there any trackwork planned in 2017?”, and then simply walk off without buying a ticket or catching a train at all, just to make you late (and irate). Many network DDoSes are orchestrated using bots, also known as zombies. Zombies are infected computers that can be commanded in unison, by far-flung crooks, to waste the time and effort of an online service.

PoodleCorp doesn’t seem to be claiming responsibility for the Pok?mon GO network’s struggles last weekend, but the group is openly threatening a DDoS on 01 August 2016.

There’s not a lot you can do (and it’s not your phone that’s under attack, anyway)…

…except perhaps to have a Plan B up your sleeve for the first of August.

Go to work? To the shops? To the beach? Go for a walk without your phone? Read stuff on the internet using a regular browser?

If you have any good ideas for filling the void of Pok?mon GO outages, please share them below.