Getting Started with Linux: Why Linux?

Kevin HamiltonUncategorized
Curious about Linux, but not ready to dive in head first without a little background? We’re on it. As part of our our Night School series, we’ll be detailing, troubleshooting, and taking a deeper swim into the open-source OS this week. Today, we’re offering some encouragement for the hesitant.
Why, in this day of razor-thin and elegant Macs, a solid Windows 7 offering, and cloud-connected gadgets would anyone bother to carve up their hard drive and install Linux, the geekiest of the major operating systems? Linux will never be everyone’s desktop, but here’s why it might be just perfect for you, as a workhorse or a hobby.
In a general sense, the core operating system on your computer is becoming more and more abstract, as more services move onto the web, and as your browser and sites’ own code are capable of doing much more of the traditional heavy lifting of daily work. So if you use a computer for browsing, email, IM, and some light app functions, Linux can work just as well for you as any other system.
There are many reasons to switch to Linux, as explained by your fellow readers. Here are some of the strongest cases to consider.

It’s Totally Free, for Any System You Have 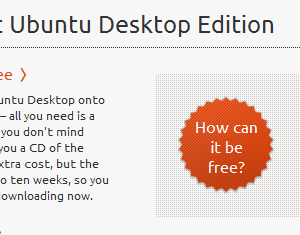 Let’s just come right out and say it—you, or at least a good number of people you know, have installed not-quite-squeaky-clean operating systems on your computers. Maybe it was testing out Boot Camp on a Mac, or upgrading a secondary machine, or just avoiding a sudden $100-plus financial hit. You had to pull a few tricks to get it to work, then forever after had to keep a cautious eye on updates, service packs, and other potential slip-ups. The same dark alley feel often comes with hefty apps like Photoshop or Office.
Linux is free, for one or 8,000 computers, with all future upgrades and potential software included. If you’ve got hardware you want to use but not the software, Linux is where you can turn to make it usable. Generally, even a newcomer can get Wi-Fi access, a modern browser, and the essential desktop apps running on a system in short order. Beyond those basics, well—that’s what this Lifehacker Night School Series will get into!

It Fits on Systems New or Old, Spacious or Small

If you’ve got an older computer, or maybe a newer netbook or laptop that’s not quite running at turbo speed, Linux is where you can get both modern capabilities and swifter operation out of it.
The core of Linux is regularly worked on by efficiency-obsessed engineers who run thousands of expensive servers, and most of the desktop versions meant for personal use run lighter than their Windows and Mac counterparts. Linux can also take up far less space on a hard drive, and may support hardware and peripherals that you can’t get working in the Big Two operating systems.

If you read this blog regularly, there’s a good chance you like having your computer desktop Just So. You want pop-up notifications of certain important things. You like certain colors for your windows, taskbars, and buttons. Keyboard shortcuts? Oh, you like your keyboard shortcuts—all except for maybe a few of the defaults, which don’t make sense for you.
When you’re running Linux, everything can be modified. Right-clicking will get you a lot of places. If you really want to get down deep, you can edit a configuration file for nearly everything in the system. You can give certain apps more prioritized access to the system, and set up automatic tasks like nobody’s business. You don’t have to get in this deep, and there are many tools to make this tweaking easier, but if you’re eager to tweak and customize, Linux is a dry canvas unto your imagination/obsession.

Getting good with a terminal, or command line commands, gives you the means to make your computer do what you actually, really want it to do, without having to click and guess. Linux is a great place to learn terminal commands, along with many other fundamentals of a modern operating system.
Some of that learning may come about because you need to fix something, but it’s a rewarding trial by fire. You can learn, for example:

There Are Some Really Impressive Linux Goodies to Play With

So, there’s all that serious data/hardware/knowledge reasoning. But is Linux actually fun to mess around in? For sure.
You can make brilliantly beautiful desktops with real data and productivity at their core, or set the whole earth as your wallpaper. Give yourself a great way to launch and manage apps with Docky or the uber-powerful GNOME-Do.