Ever one to march to the beat of her own drummer, Rihanna’s style power is set in stone. Whether she’s rocking a jewel-encrusted gown down the red carpet or hitting the streets in a sporty chic outfit that’s become her calling card, Rihanna knows how to stop traffic with her clothing alone.

The star took to the streets of NYC in a white, floor-length dress, a baseball cap and sneakers, because that’s just the way she rolls. While we may not be caught dead in an outfit with this little cares to give, somehow, Riri is rocking it. 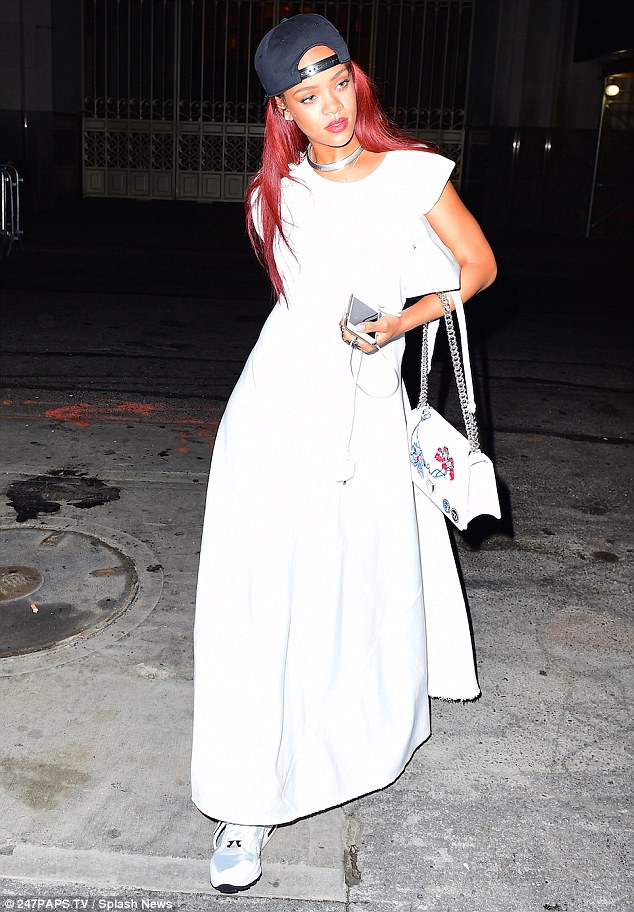 Riri’s stellar fashion sense has caught Dior’s attention as well. The star is the new face of the luxury label’s latest campaign, becoming the first black woman to post for a major shoot with the label. The achievement is not lost upon Riri, who gushed to MTV about the gig.

She told MTV News, ‘It feels fantastic. It is such a big deal for me, for my culture, for a lot of young girls of any color.

‘I think, to be acknowledged by Dior is just, it means a lot as a woman to feel beautiful, and elegant, and timeless.’

Rihanna is no stranger to the spotlight, by any means. Just earlier this month, Rihanna and other stars made headlines for their daring Met Gala dresses. In true Rihanna fashion, the singer stole the show, wearing a gown that took an approximate two years for one seamstress to make.