Michael Sam of the St.Louis Rams became the first openly gay player to play a down on a NFL team. Of course it is only pre-season games, but all eyes are on this courageous gentle giant of a man. Sam appeared on the second series of the game in a 26-24 loss to the New Orleans Saints. Earlier in the week Sam called it,”A dream long time in the making.”
Michael Sam made an immediate impact on his first play, blasting through the d-line and getting his hands on the running back in the backfield. A little bit after he was able to record a hit on the quarterback as well.

A better look at Michael Sam preparing for making his NFL debut with the St. Louis Rams. 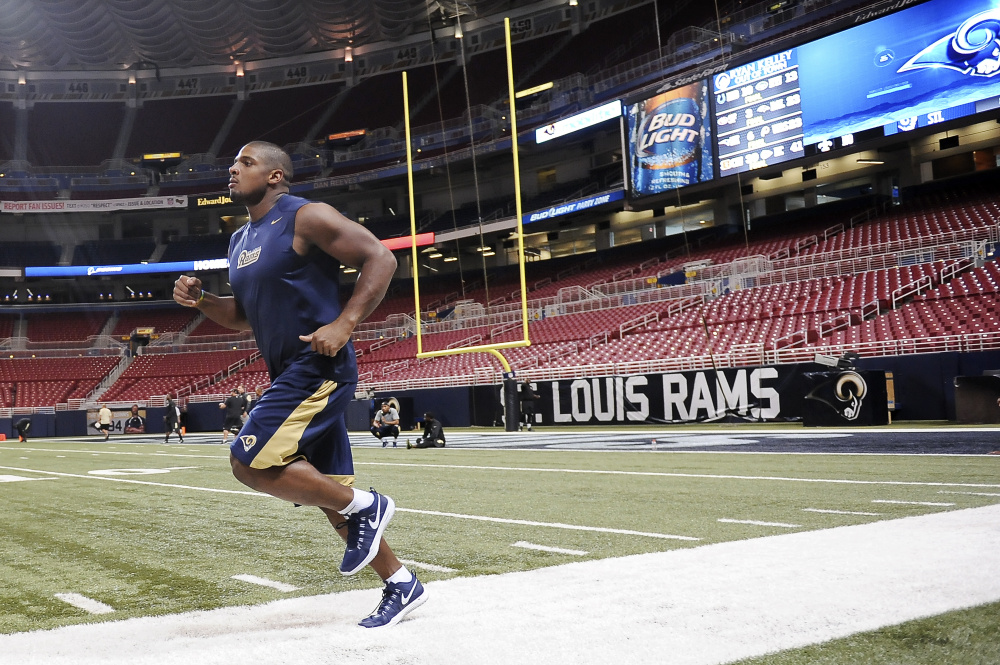 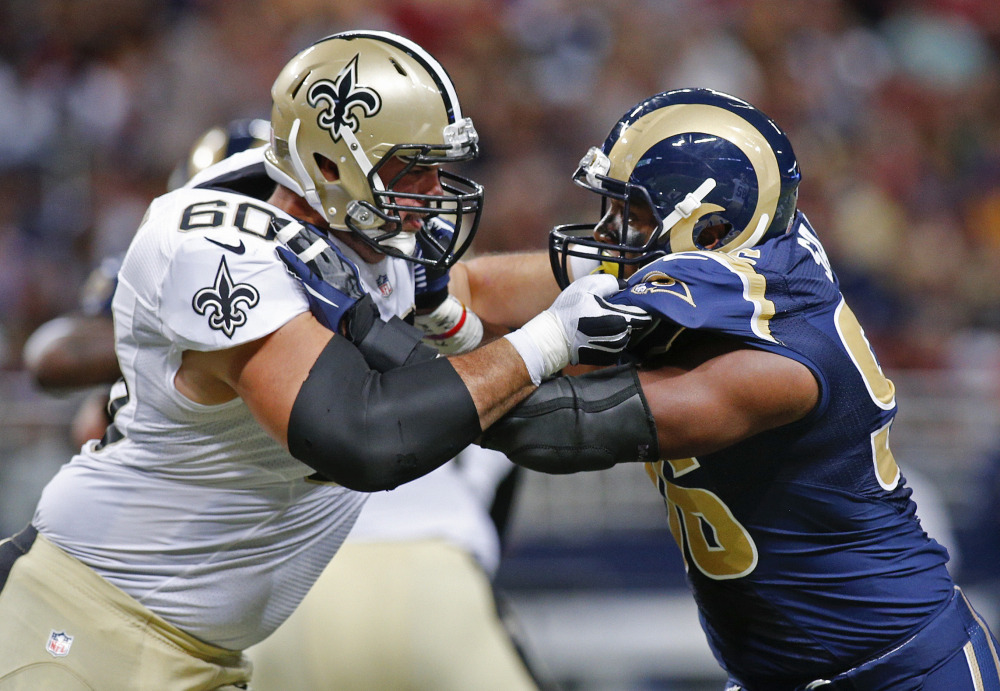 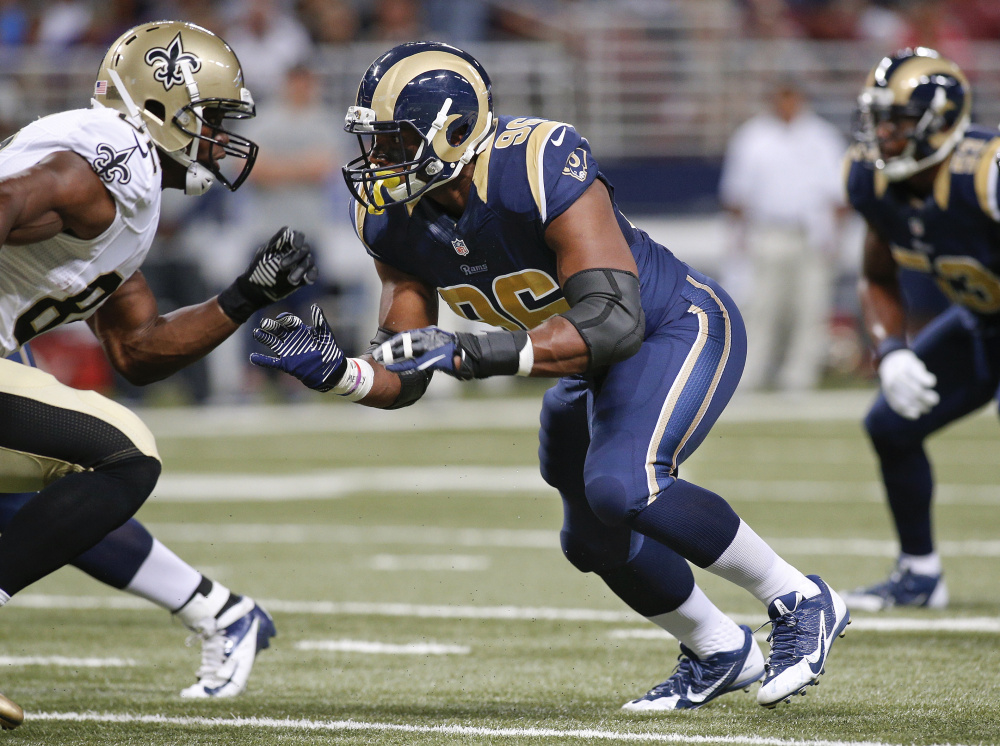 SEE ALSO: You Will Never Guess Why This Ex-NFL Cheerleader Turned Into MMA Fighter.