Cincinnati second baseman loves the spot light. Apparently, he also loves to mess with opposing fans as well. The Reds were playing at PNC Park taking on the Pittsburg Pirates on their home turf. During Thursday’s afternoon game one drunk heckler reportedly was all over first baseman Joey Votto to start with. After the rain delay looks to be the heckler gained a little bit more liquid courage and began to heckle Brandon Phillips. 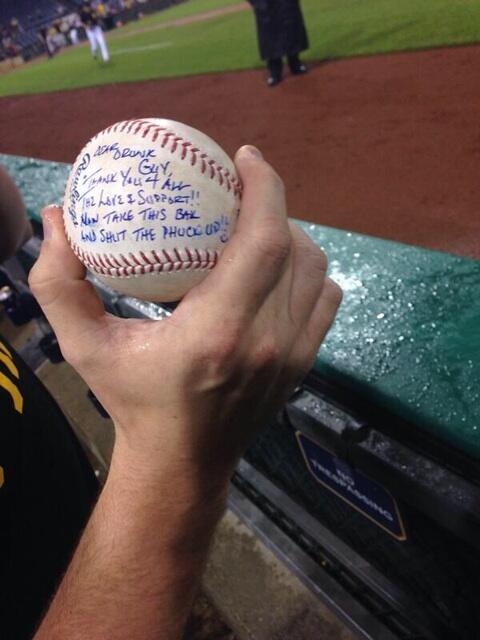 Around the 7th inning the heckler began Yelling “Hey Everybody, look how slow Phillips is!” The stadium almost empty at this point so every conversation at this point in the crowd could have been heard. Phillips who is a player who loves the spotlight, after the game gave the heckler a baseball with this message on it:
Dear Drunk Guy, Thank You 4 All The Love & Support!! Now Take This Ball And Shut The Phuck Up!! 🙂
From Yours Truly,  Brandon Phillips 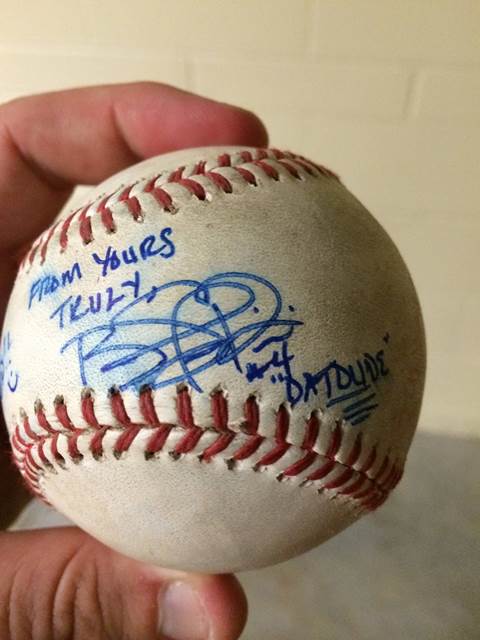 Afterwards Phillips was a good sport about the situation and even took a picture with the fan. 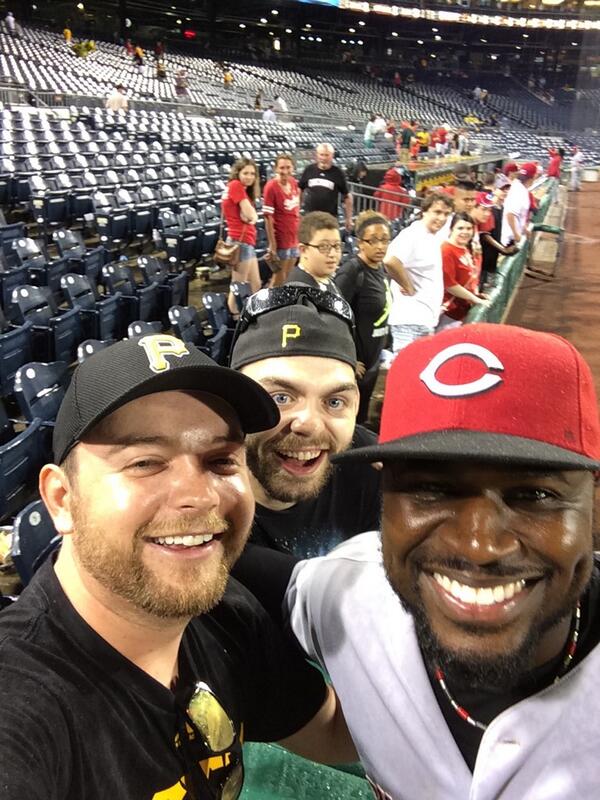