If you thought that two-headed sharks were just a product of a crazy movie producer’s imagination, well, you’d be wrong! Two headed sharks are among us, and they’re being spotted more and more frequently. Marine biologists find this to be a very disturbing symptom of human influence that keeps changing the ocean, and effecting the natural habitat of many sea creatures in a negative way. 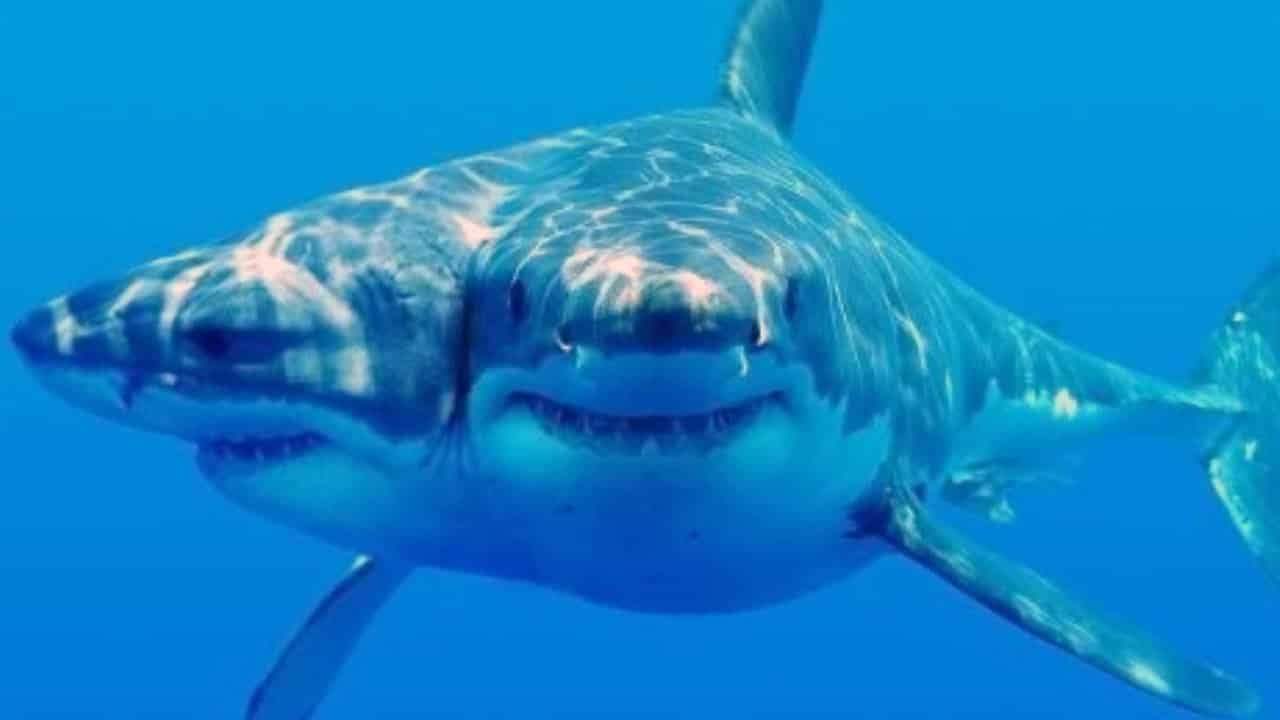 This is an adult two-headed shark that was spoted in the Gulf of California and northwestern Mexico, both times in 2011. Many scientists believe that this scary mutation is due to overfishing, which is narrowing the genetic pool and causing genetic deviations among sharks. It’s the same reason why offspring of incestual relationship in humans is more prone to various physical and mental deviations. But some scientists do not agree with this theory.. 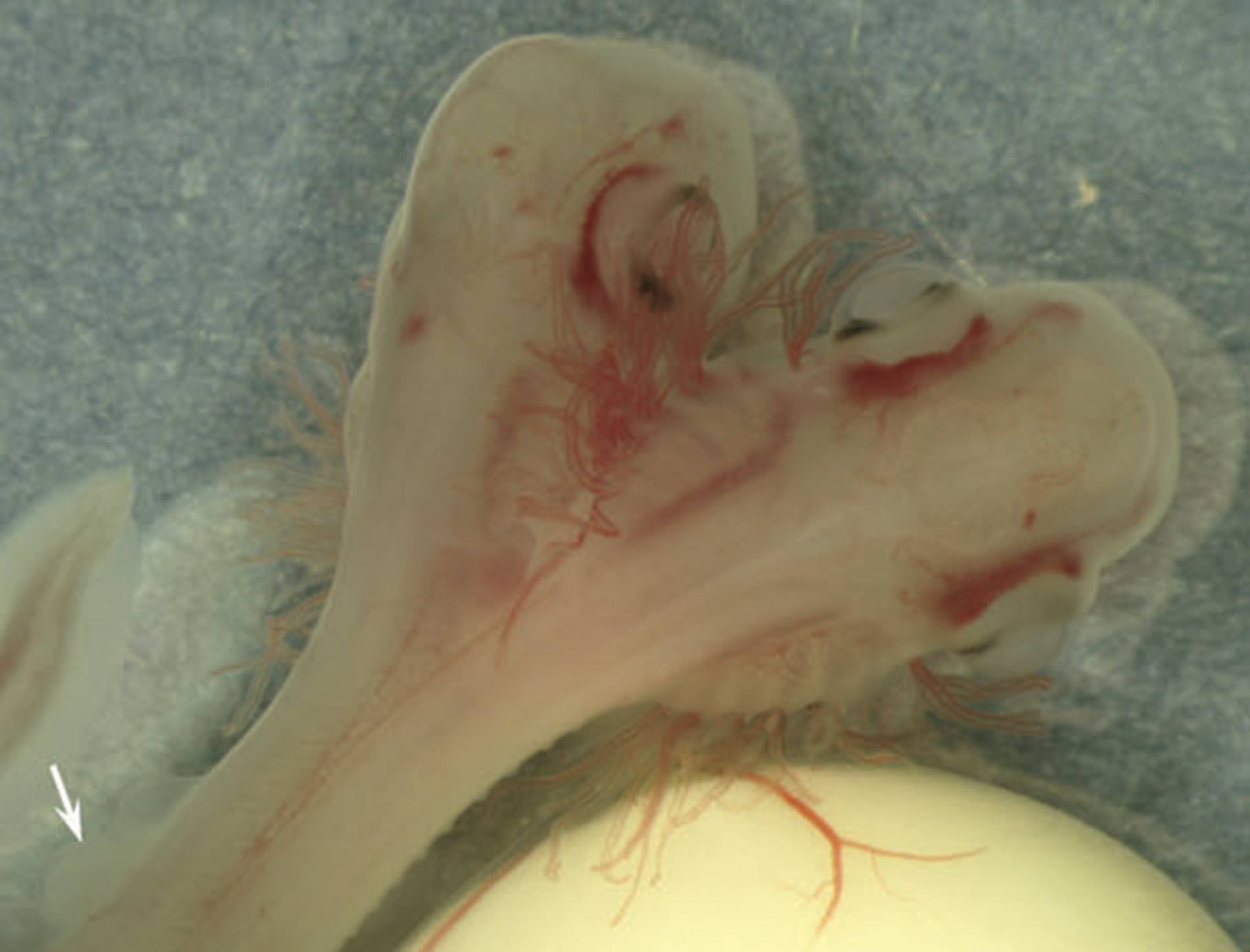 This two-headed fetus was discovered by a fisherman a few years ago off Florida. It is treasured by researchers who want to explore genetic mutations further, as it could have a positive influence on research into genetic disorders in general. Apart from overfishing, another potential reason for this mutation are the chemical changes that are occuring in oceans due to plastic and industrial waste. All of those plastic bags have to go somewhere, and most of them end up in the ocean, where they release chemicals that change hormones of sealife, and two-headed sharks could in part be the result of that as well. 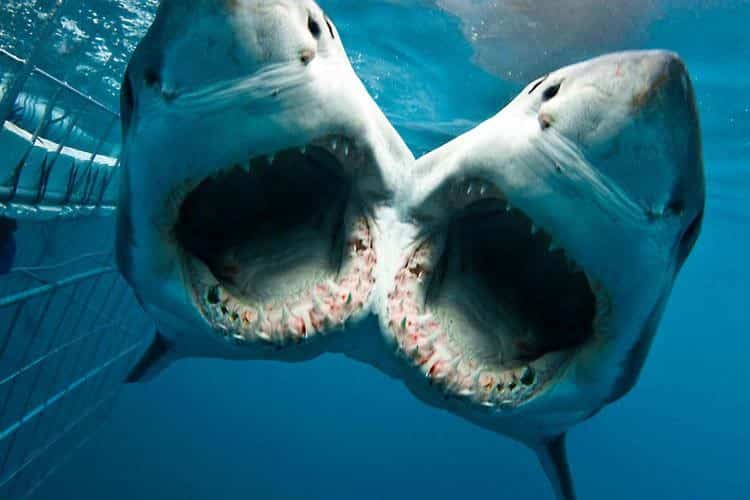 The fact that these sharks have two heads does not change their behaviour to any significant degree. Their brains function in the same way, as does the rest of their body. In truth, different species of sharks have been found with this deviation, such as the bull shark and blue shark. So as far as the danger they pose to humans, it varies depending on the species. But let’s just say that two heads could cause far more damage than one..

Genetic mutations are always a controversial subject, especially when politics and big money is involved. The scientific community is therefore not united in criticizing the human component of these changes. Dr. Felipe Galvan-Magana, a marine scientist from Mexico City argues that the number of two-headed sharks is not increasing, and that there have always been such cases, but there were no scientists in previous historical periods to examine them and write them down.. 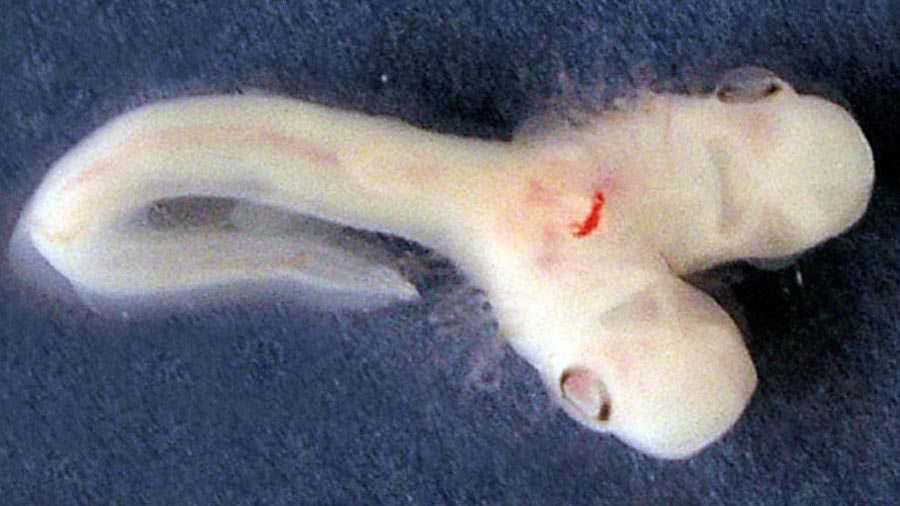 Valentin Sans-Coma was the scientist that researched a shark egg that contained a two-headed embryo. He concluded that it’s not likely for such an embryo to survive, which is probably why these sharks are not an ordinary occurence. But the ones that do reach full size like the one in the next photo are truly terrifying.. 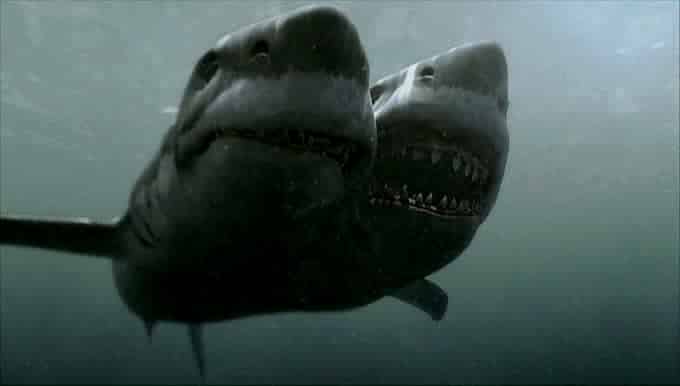 This example of the two-headed sea beast is not real, but it was created in an effort to showcase what such a shark would look like if it reached maximum size. Mind you, two-headed sharks have been spotted on numerous occassions, but there are no actual photos of them in their natural habitat. 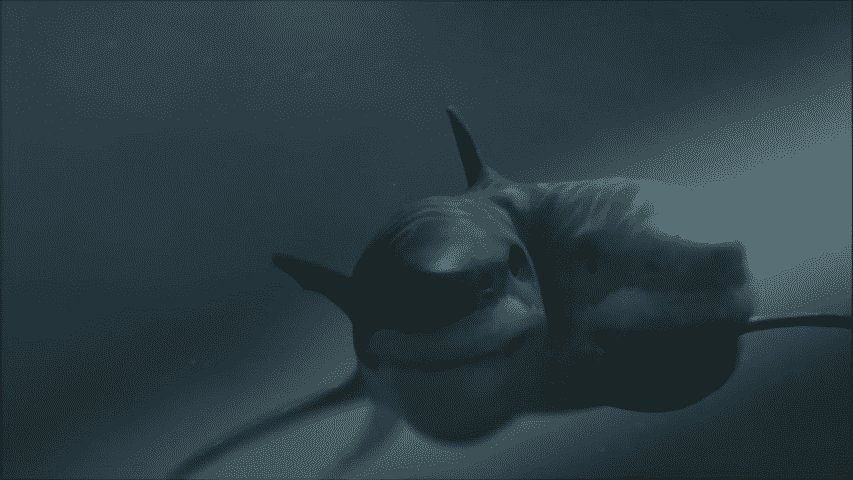 According to the embryo that was found, it is safe to conclude that two-headed sharks can in theory reproduce just like any ordinary shark. The question is whether the mate of the opposite sex would be willing to do so, or they would be repelled by the physical difference involved. It is also not clear if a two-headed shark’s offspring would also be two-headed or if the chances of the deviation would increase at all. In the next photo is a baby shark with two-heads that was caught in the Indian Ocean.. 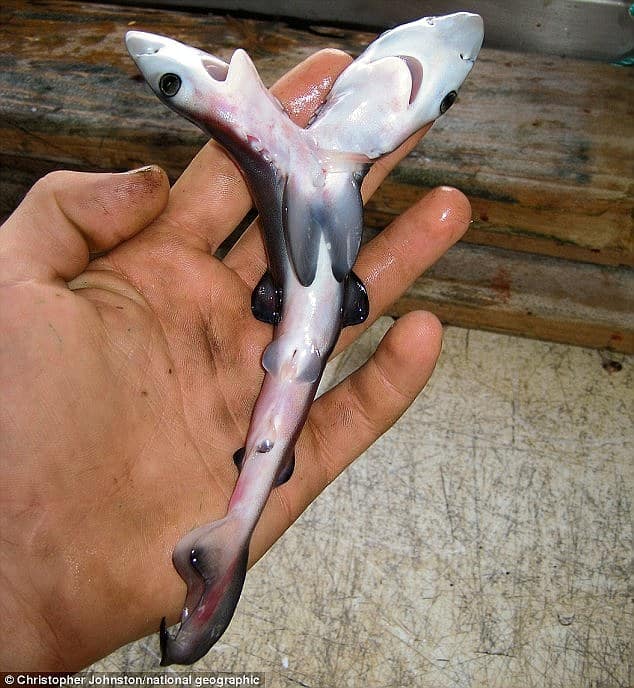 This little fella was found in the womb of a pregnant blue shark that was pulled up by a fisherman. After slicing the shark open he found this two-headed fetus and immediately placed it in a sea tank. He tried to keep it alive, but it was to no avail. Whether it would have grown into a terrifying monster we’ll never know, but they do look cute when they’re little. 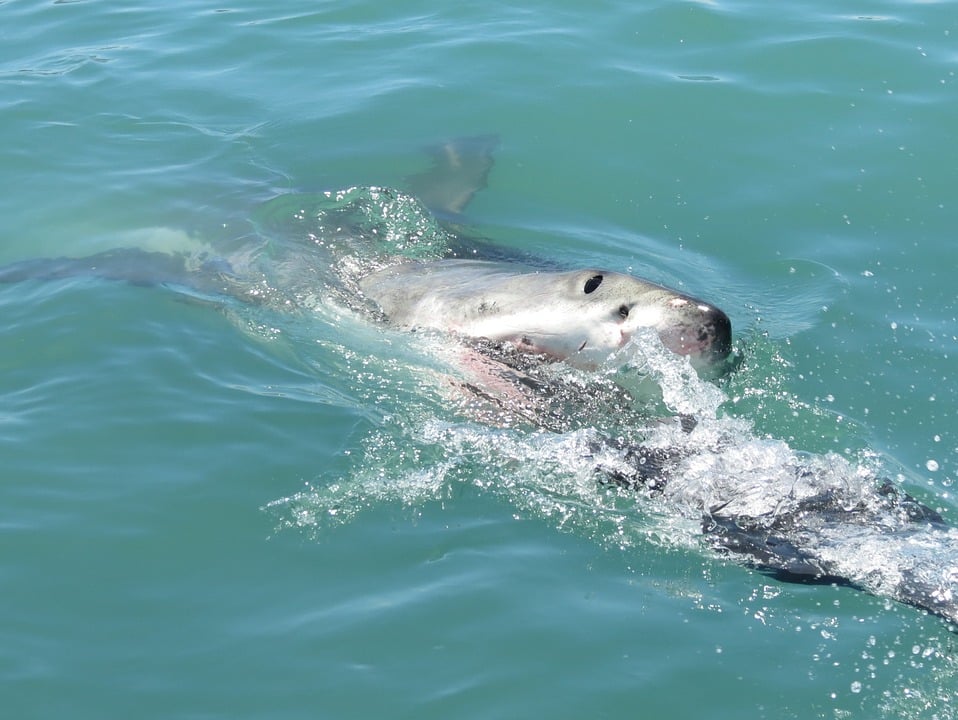 Leading marine biologists state that two-heads, and various other physical defects will become more and more prevalent as time moves on, as human overpopulation and mass industry are destroying the natural habitat of milions of species. This will inevitably cause mutations, as the nature attempts to adjust in a process faster than usual. According to more controversial predictions, the shark from the next photo might become a daily occurence by the year 2150. 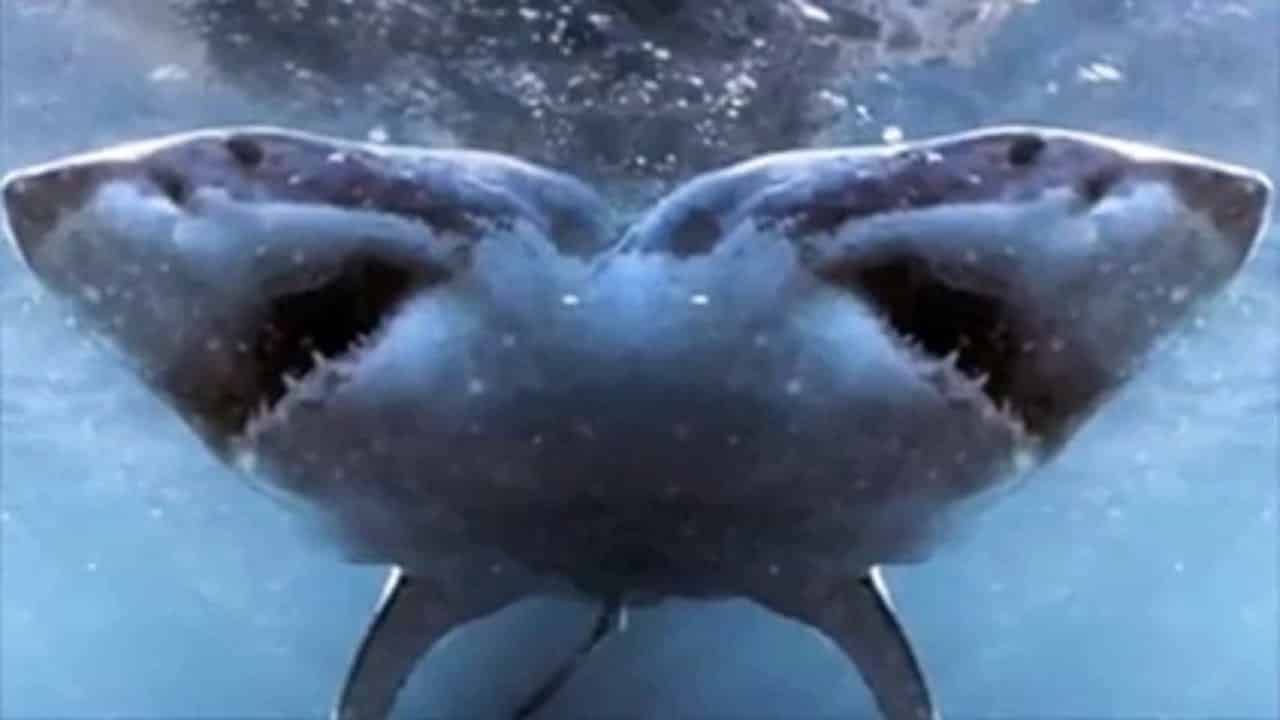 These theories suggest that two-headed animals will be just a small percentage of the varying mutations that will develop amongst species. We could be seeing larger and larger animals as they compete to grab whatever sea food is left. It could lead to more dangerous species developing in the wildlife and potentially endangering human settlements as well. The next few photo show some other examples of two-headed animals found by humans. 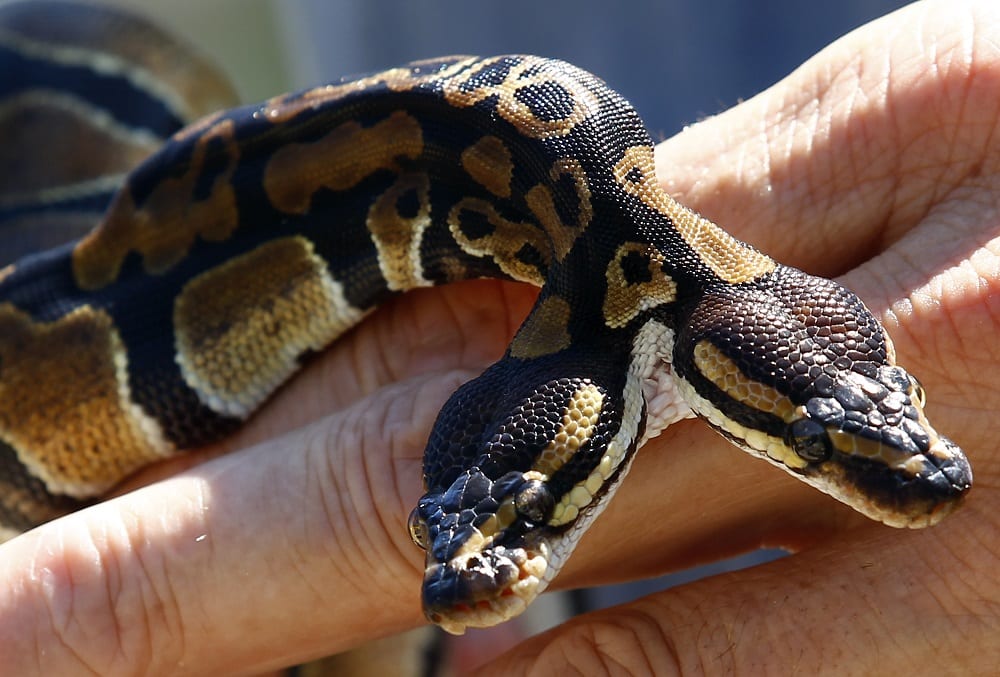 Interestingly enough, snakes are most likely to develop two-heads than any other animal on the planet. There is still less than 1% chance, but considering how rare it is with other species, they still top the list. Here we have an Australian snake representing the deviation. But believe it or not, the next example is pretty cute. 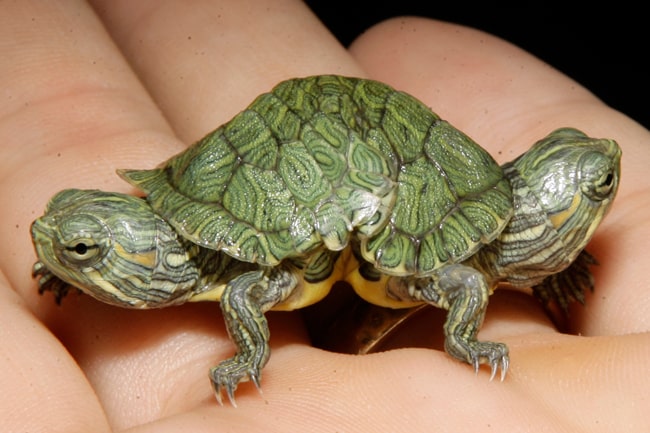 As if small turtles weren’t cute enough, this one is a two in one! Now, we have a different situation, as the heads and basically both halfs of the body are looking at opposite directions. Whether one is dominant to the other is unclar, but cooperation is definitely the usual gameplan in order to get anything done. 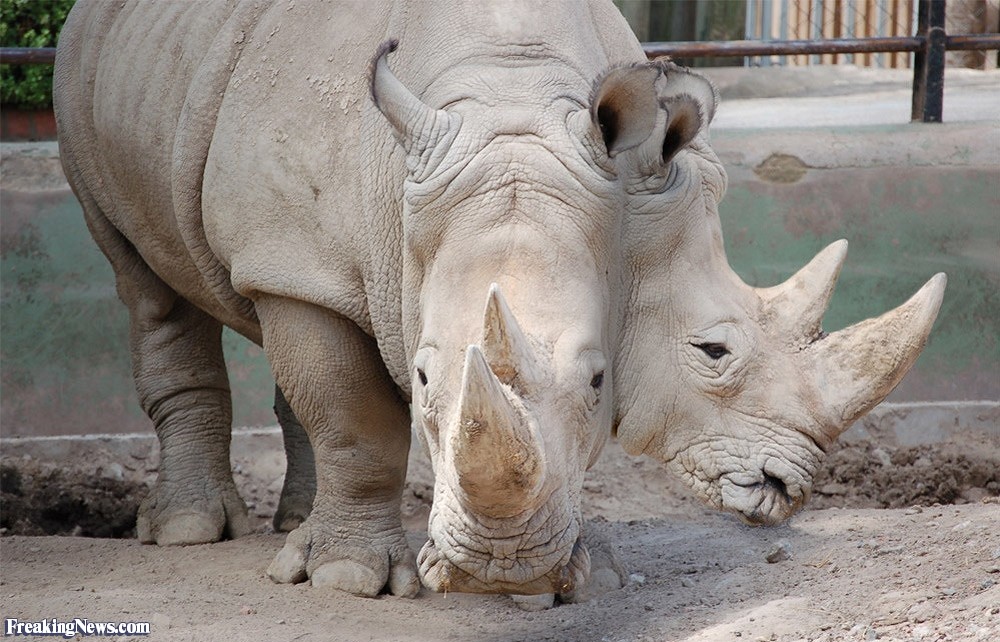 Rhinos are freaks of nature when it comes to pure, raw strength. They are matched only by hippos and full grown elephants, but even so, a charging rhino is more dangerous than either of those two competitors. With two heads on the offense, this one is destined to be the leader of the pack. 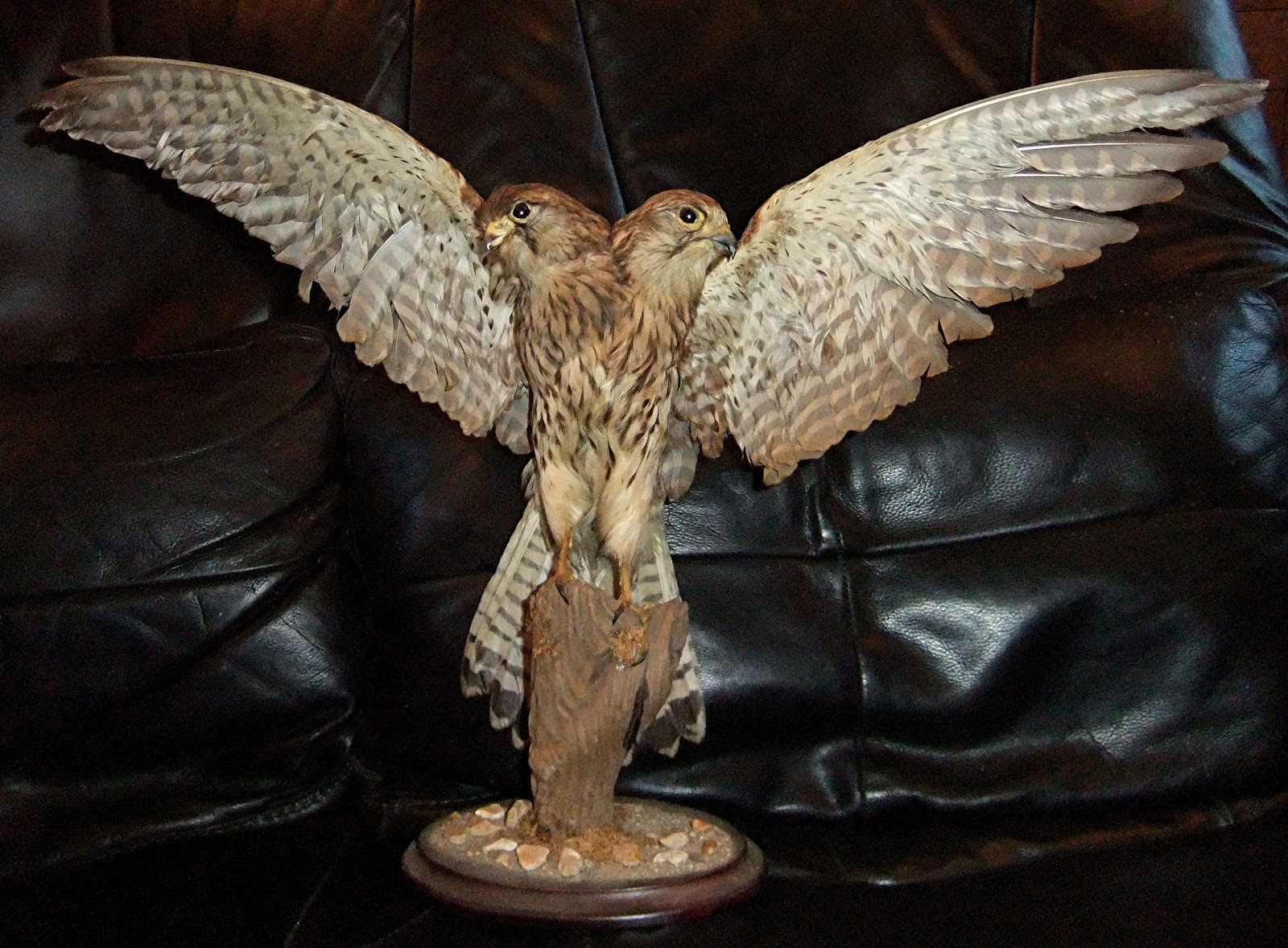 Two-headed eagles have been used as symbols of power and royalty throughout history, and can be found on flags and banners of many noble houses and even the Holy Roman Empire. They were obviously treasured as extremely rare and yet graceful creatures, and this example proves that description to be the case.