Kicked out onto the curb with all of his belongings, this one man quickly lost the place that he called home for years. With all of his possessions out on the street for all to see, reporters quickly gained interest in the story. However, none of them expected the identity reveal that would occur when they further inspected his past.

So who is this man and why was he kicked out from his home? Read on to find out.Landlord Troubles 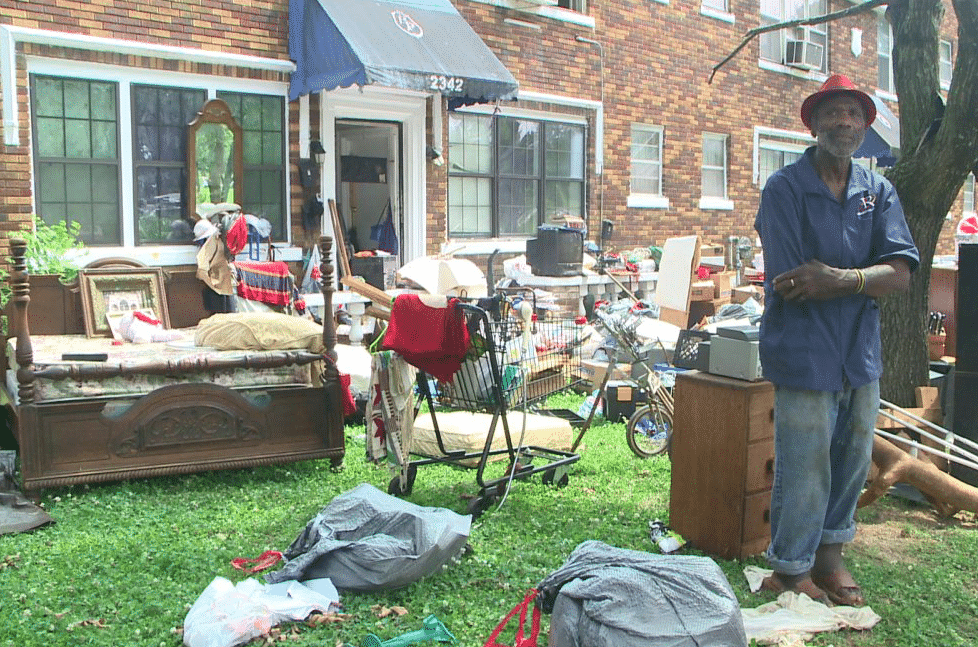 In June 2017, a man living in Memphis Tennessee began to have serious issues with his landlord. The conflict became so serious that the landlord contacted the authorities to have him evicted from his home in the suburb of Binghampton.

The harsh treatment forced him out onto the streets. But why was he kicked out? 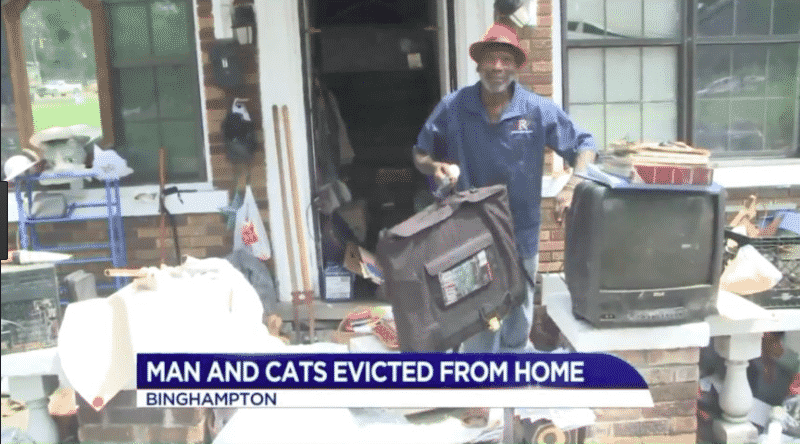 The landlord took the man in question to court for falling behind on his rent payments. The man admitted that he stopped making rent payments because of the landlord’s complaints about the man’s cats. The tenant owned over 20 cats and the landlord claimed that the neighborhood was unhappy about it. 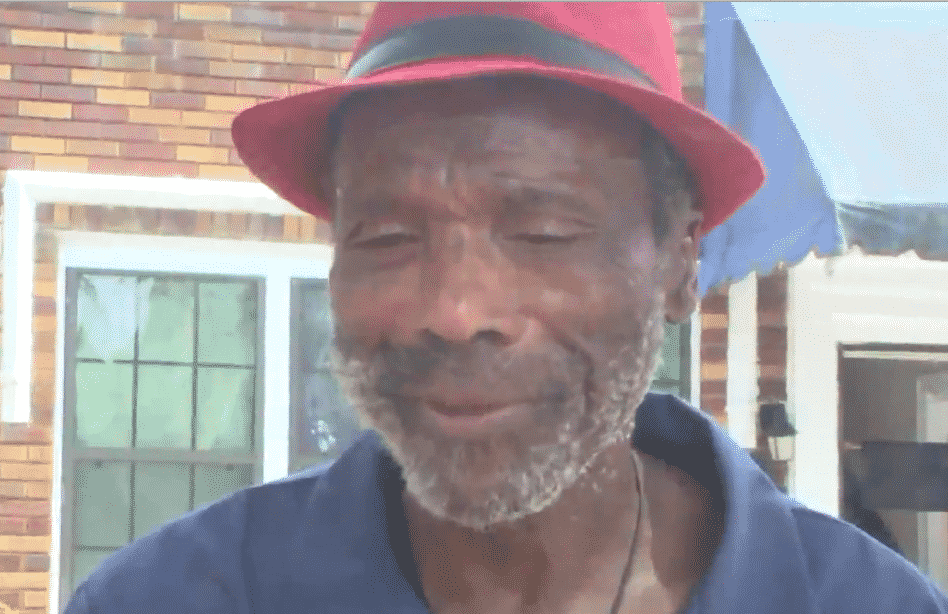 The tenant explained that the animals had helped him through some of his darkest life moments. His life experiences made him want to give a home to those who had none. All 20 were strays that he took into his home and he bonded with each one.

“I love cats, I think they are wonderful,” the man told WREG Memphis.

However, his landlord refused to acknowledge his point of view, causing the situation to escalate horribly. 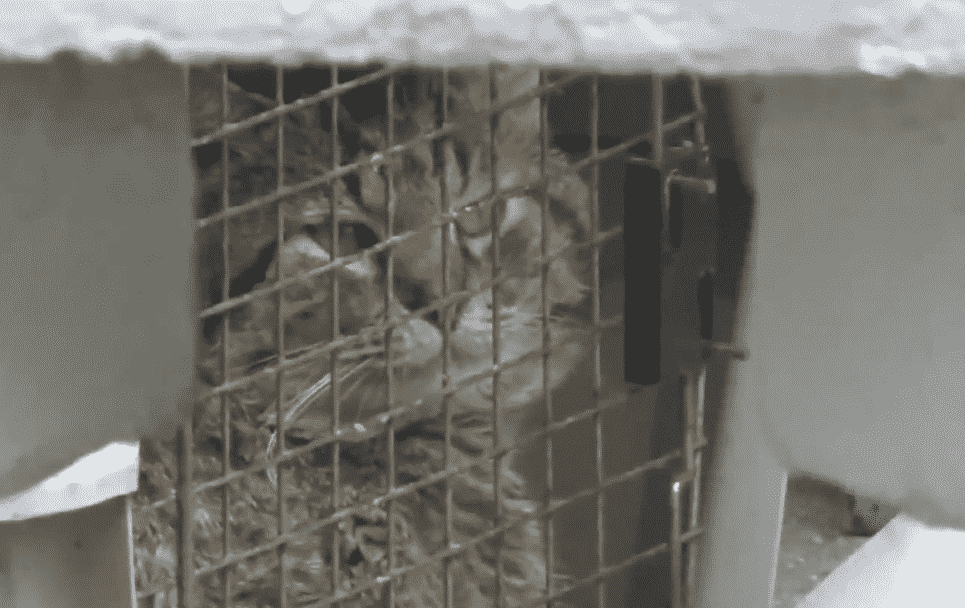 After ten years of residing at the same home where he had made so many memories, the man was forced out onto the street without any compassion. Having been alerted to the cat situation, the Memphis Animal Shelter came to the house and took all of his cats into their care to be adopted.

The man had lost his home and his closest companions and his situation was only getting worse. 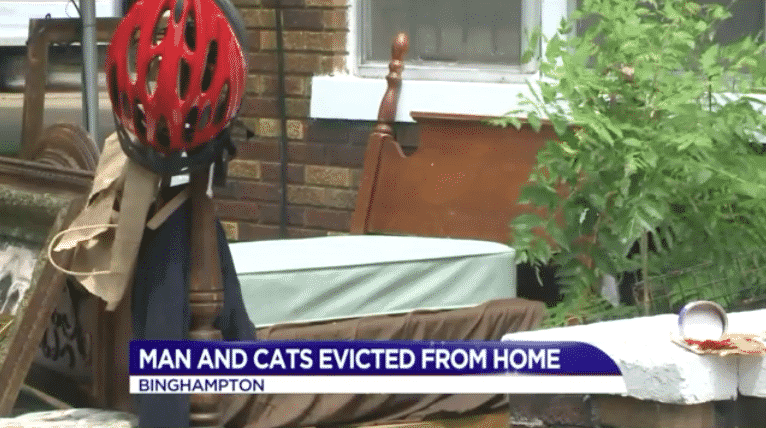 The man found himself homeless with all of his possessions scattered on the front lawn of the house. In order to make some money to survive, the man decided to sell all of his belongings. He didn’t even have much time to do so and the landlord was constantly breathing down his neck to finally get off the lawn.

This only further added to the grief that the former tenant was feeling. 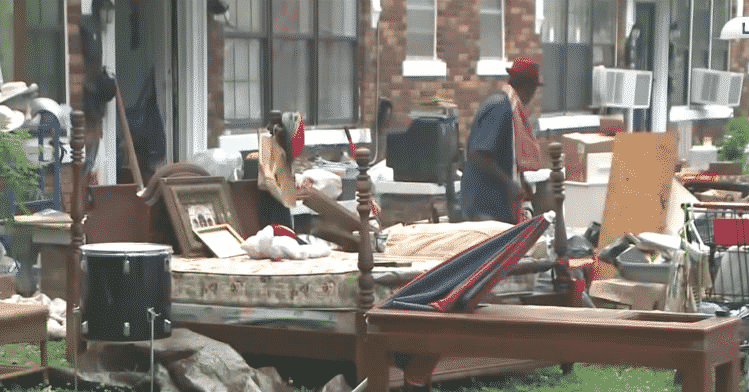 The landlord promised to throw everything off the lawn if the man didn’t manage to sell everything in a few days time. This left the man even more distressed, but it also called the attention of a local news station that would be very surprised by the man’s full story.

So what did they find out about this unassuming man? 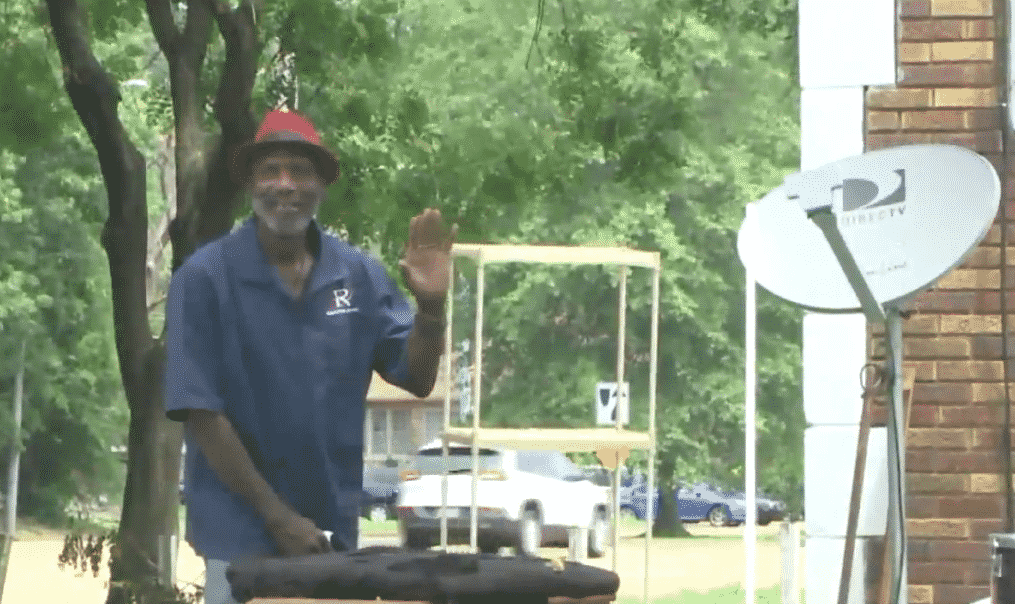 With all of his belongings out on the lawn, the man felt incredibly violated.

“You kind of get goosebumps,” he said. “It’s like looking at something for the first time, when you haven’t seen them in a while.”

His sad story caught the attention of the local news channel and they quickly rushed over to the man’s former home, unaware of the secret that they would soon uncover. 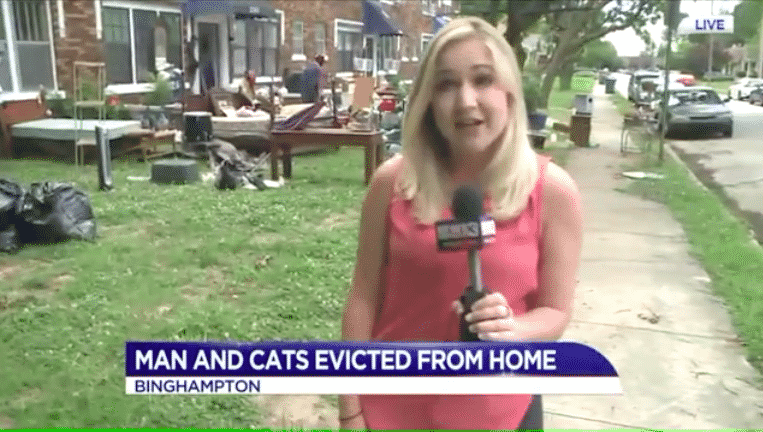 The reporters stopped by his former home to interview him about his situation and to help raise awareness of his situation. The man told the reporters that he had no idea what his next move would be.

However, the reporters soon stumbled upon a HUGE revelation concerning this man’s identity and all that he had accomplished in his life. 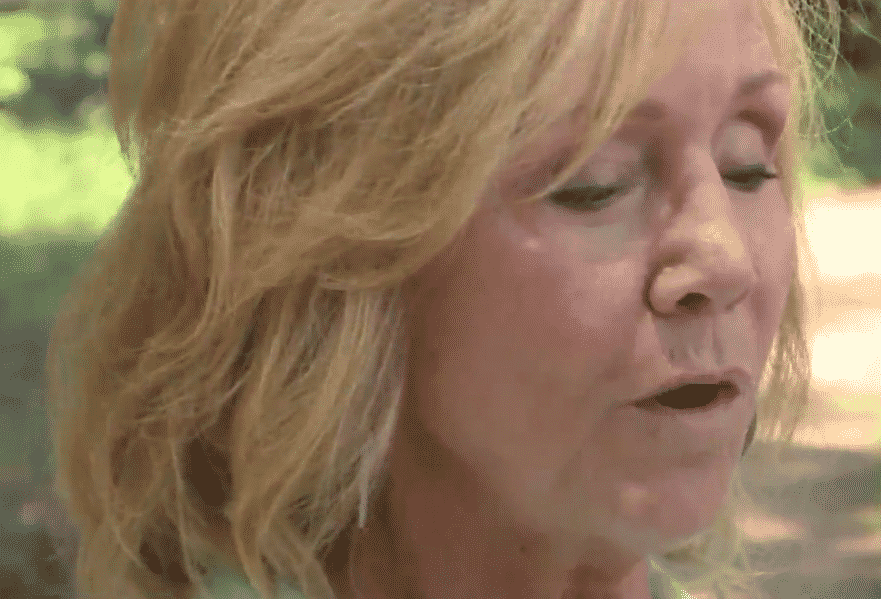 Once the man’s story was aired on the local news, many people who had grown up in the area quickly came forward with astonishing information about the man. One of the locals was Joan Channell, a woman who had recognized the elderly man as a former classmate at the Memphis Technical High School.

Her information quickly brought the man’s entire past to light….and it was an amazing story to say the least! 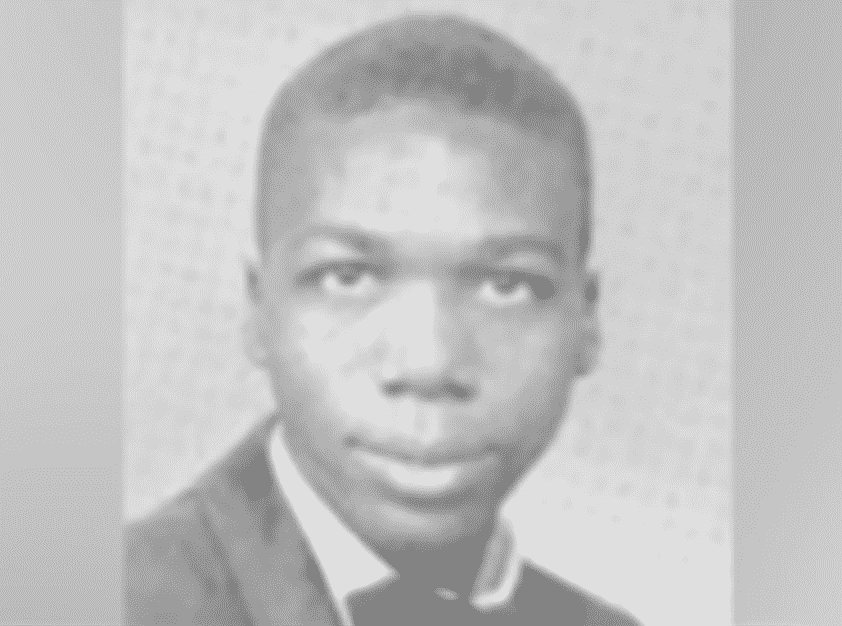 The man was identified as Titus Blade Steele and he was one of the first African-American children to attend the Memphis Technical High School. His classmates remembered him as an amazing artist who could create incredibly art with his talent. He was greatly revered by his classmates and the story only gained further traction from this point, as this wasn’t the only astounding piece of information about Titus. 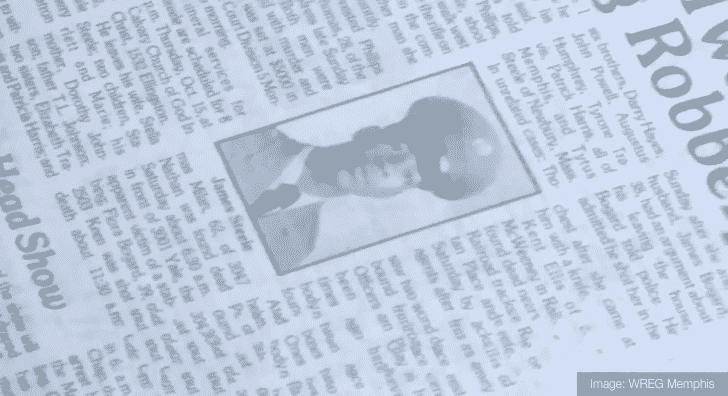 As more information about Steele came out, it became obvious that he had gone through some seriously hard times. One of the items found on the front lawn was a newspaper clipping about the murder of his brother.

No one expected to find such a devastating piece of information and Steele quickly opened up about the situation and how it shaped his life. 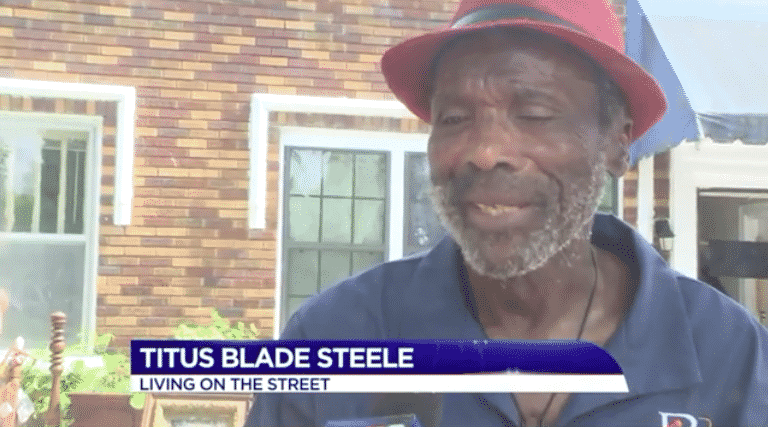 “That was one of the saddest days of my life because my brother and I were so close,” Steele told the reporters. His brother’s death would further shape his life and be the driving factor behind the extraordinary life he would lead.

Upon further inspection, the reporters then found even more…. 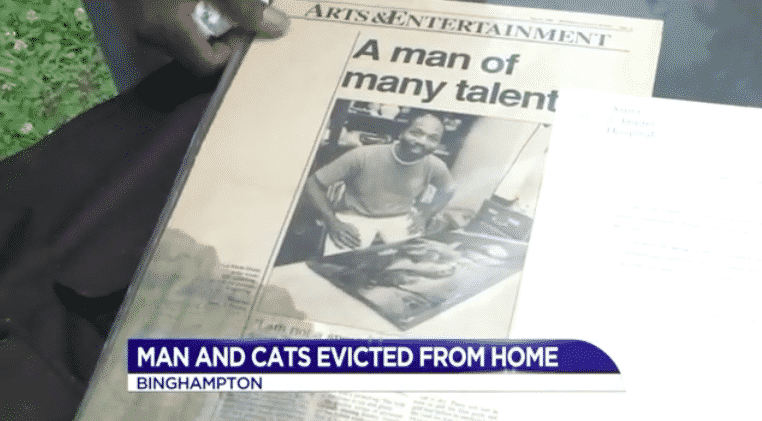 While rummaging through more of his belongings, reporters found a plethora of newspaper clippings and old photos that showcased Steele’s life as a writer, artist, and traveler. He created beautiful paintings for galleries and was known to volunteer on his free time. All of this and more encouraged many to help his cause.

Find out how his former classmates banded together to help. 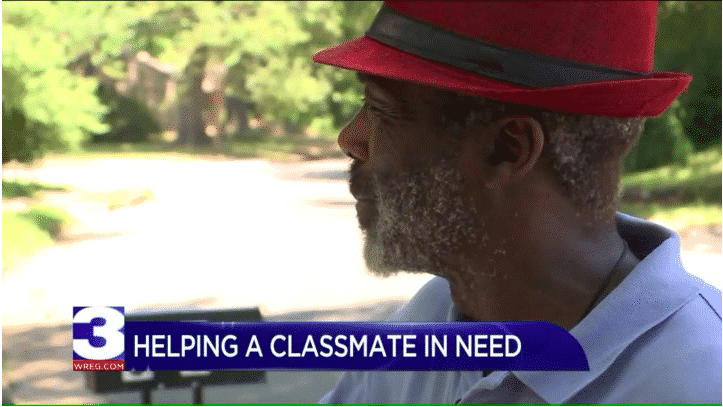 Dozens of other former classmates quickly recognized his story, especially after it was posted on a group alumni page. Many wanted to help Titus and be of comfort to him, so Channell quickly arranged a meeting with him.

Channell would bring to the meeting something that truly warmed Steele’s heart at a time when he felt the most down. What great gift did she bring? 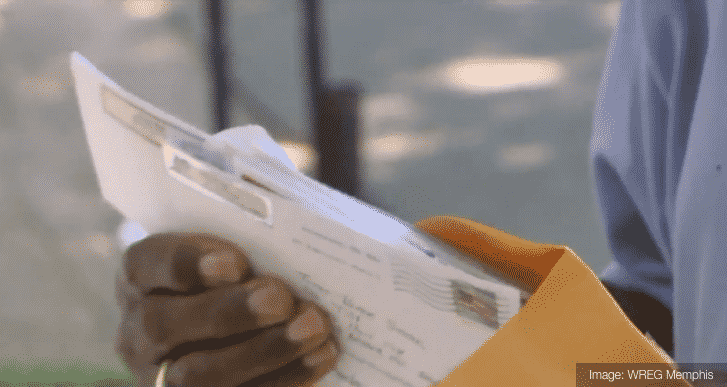 Channell met up with Steele in July and brought with her an array of letters and notes from many of Steele’s former classmates and friends.

“With your warm and cheerful smile, you broke down barriers and made friends that will last a lifetime,” one of his classmates had written.

“Wow, letters from everybody,” he said as he looked through them all. He never expected such an outpouring of love and this wasn’t even the full gift from them. 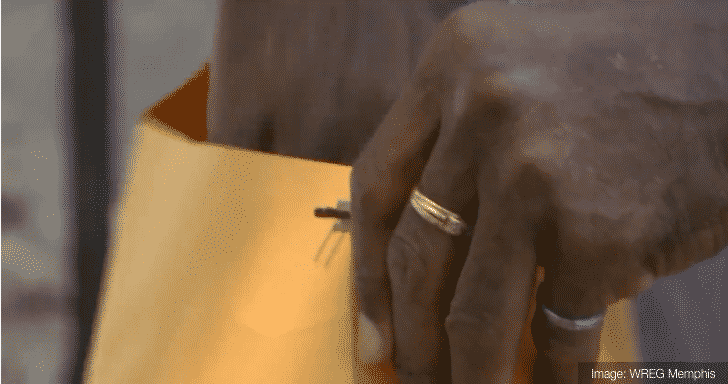 Steele was so touched to know that his former classmates were still thinking of him after all these years. It seemed that Steele had truly left an imprint on everyone’s life that he touched.

However, this wasn’t the only kind gesture that his former classmates made happen. You’ll be blown away by the generosity of his classmates in the next slide. 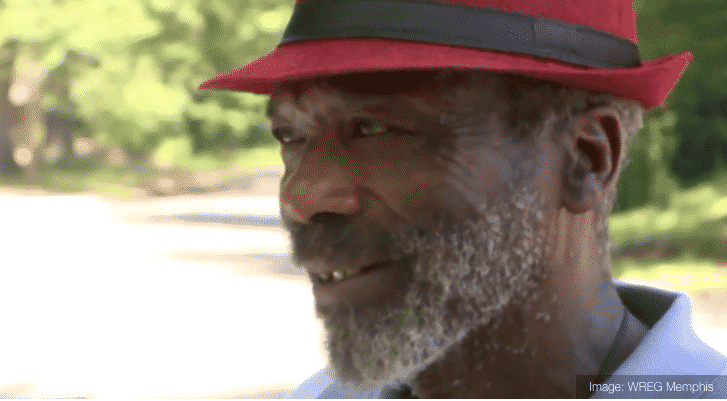 Having been living with his sister, Titus was not expecting anything from anyone. He was already shocked and grateful for the letters from his old friends. But then, Channell presented him with $1,500 that all of his classmates had raised together.

“It’s generous and I feel like I could cry,” he told reporters.

So what is happening with Titus now?

At 69, Titus reunited with all of his old classmates at a reunion that took place a few weeks after he received their generous gift. He was so grateful that they helped him kick start his life after such a devastating situation took place.

Titus, however, is far from giving up and he has big dreams that he intends to follow through on. His next big move will absolutely astound you! 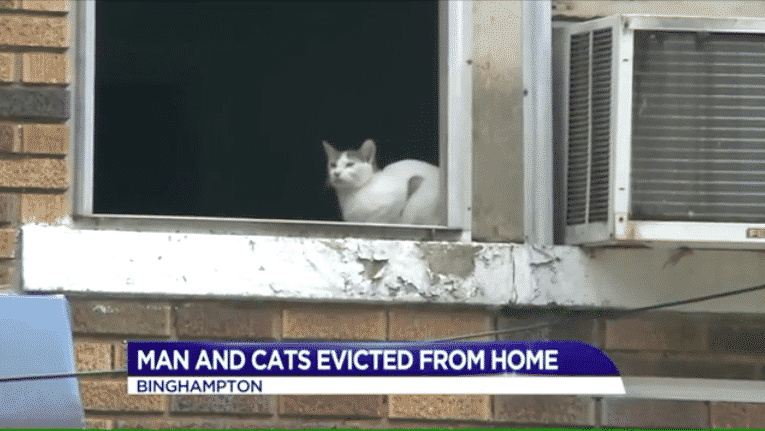 Steele’s next big move is to open up his very own cat shelter in order to help all cats that are in need of a home. He wants to give back to those less fortunate, just like he was given help when he truly needed it.

Want to help out Steele’s situation too? Find out how!

If you want to help out Titus, you can do so by sharing this story to bring further awareness to his situation. You can also check out the shelter that took over the care of Steele’s cats and help other animals in the same situation.