Mom Successfully Gives Birth To Triplets, But Then The Stunned Doctors Call Her In Emergency Room

Finding out that you’re going to have a baby is some of the most exciting news that you’ll ever get! However, imagine finding out that you’re going to have three babies. Well, that’s the situation that one young mother in England got when she was at the doctor’s office. When she finally gave birth the doctors were absolutely stunned and you’ll never guess why. 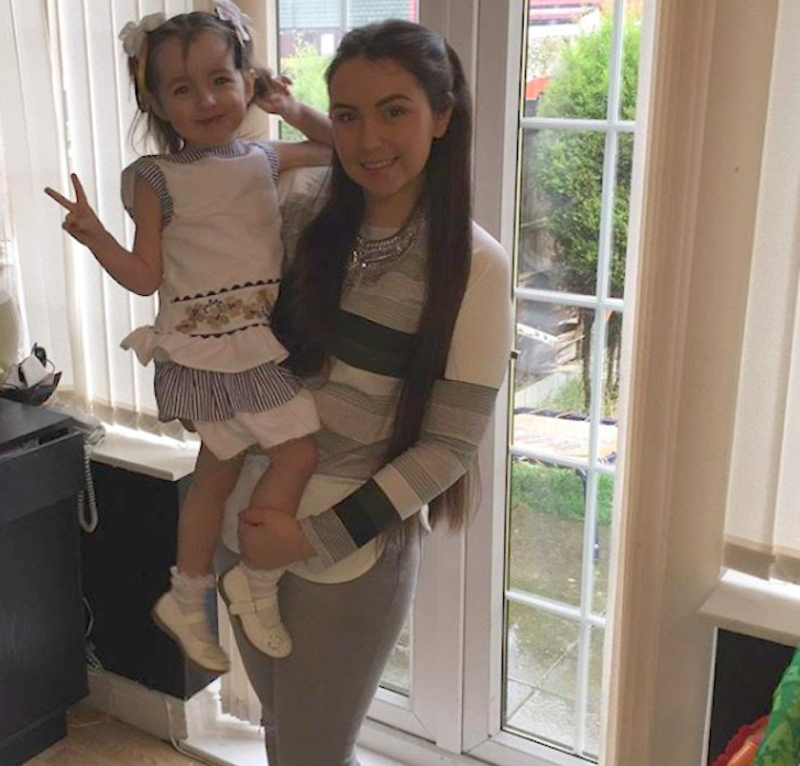 Becki-Jo Allen from Gateacre, Liverpool is a young mother with a gorgeous three-year-old daughter, Indiana. Suddenly, the young mother began feeling absolutely nauseous and sick each morning. Having been pregnant before she suspected that it was the cause behind it. 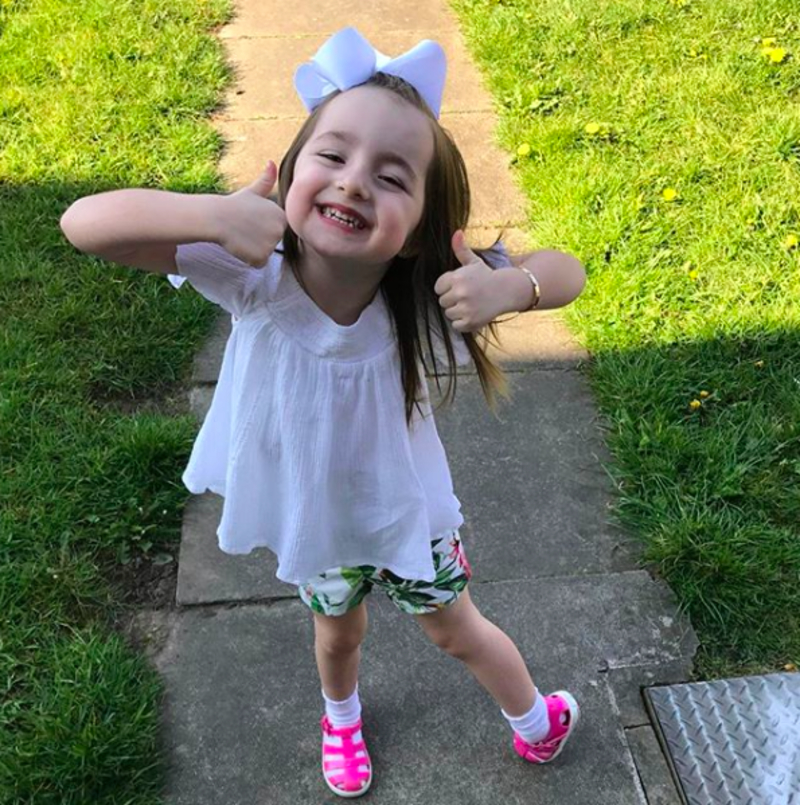 Having been pregnant before, Becki-Jo felt that she knew what to expect from a pregnancy. After all, she had managed to get through it last time. However, nothing could have prepared her for what she was feeling this time around. 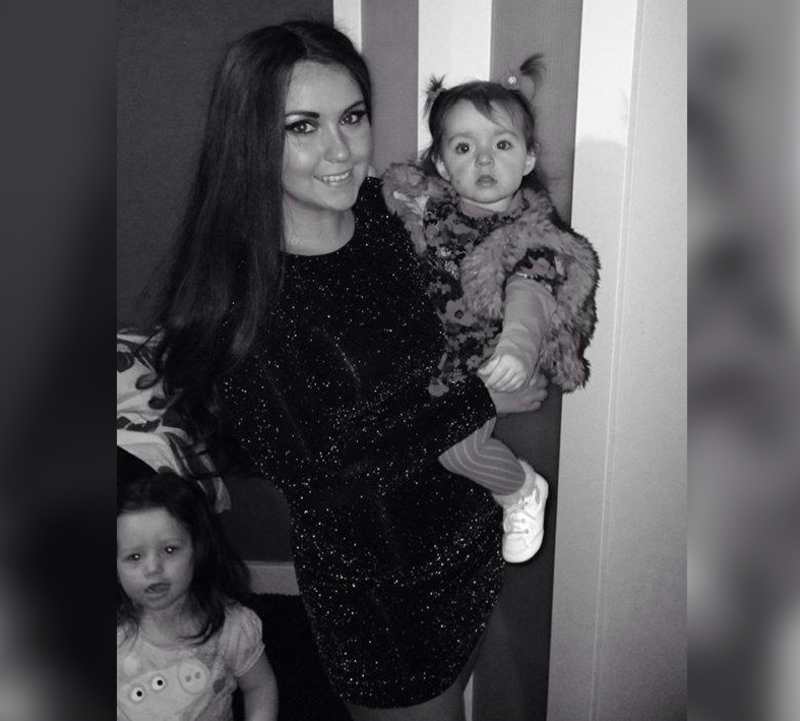 However, this new pregnancy felt quite different. Each morning, Becki-Jo would wake up feeling incredibly sick and nauseous. She was also experiencing some of the worst headaches of her life. 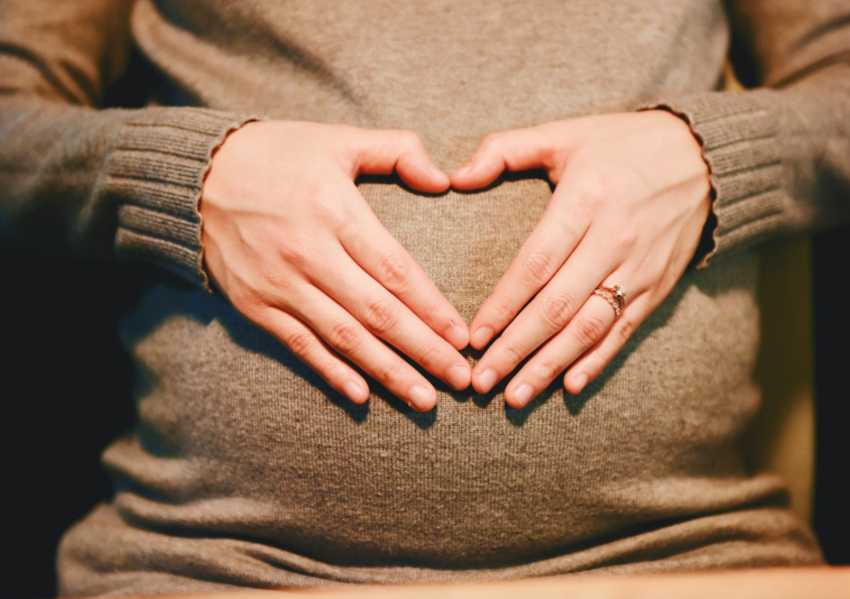 Becki-Jo immediately grew worried that something was going wrong with her pregnancy. So she decided to get an early pregnancy scan only nine weeks into her pregnancy. She wanted to be able to detect any potential problems as soon as possible. 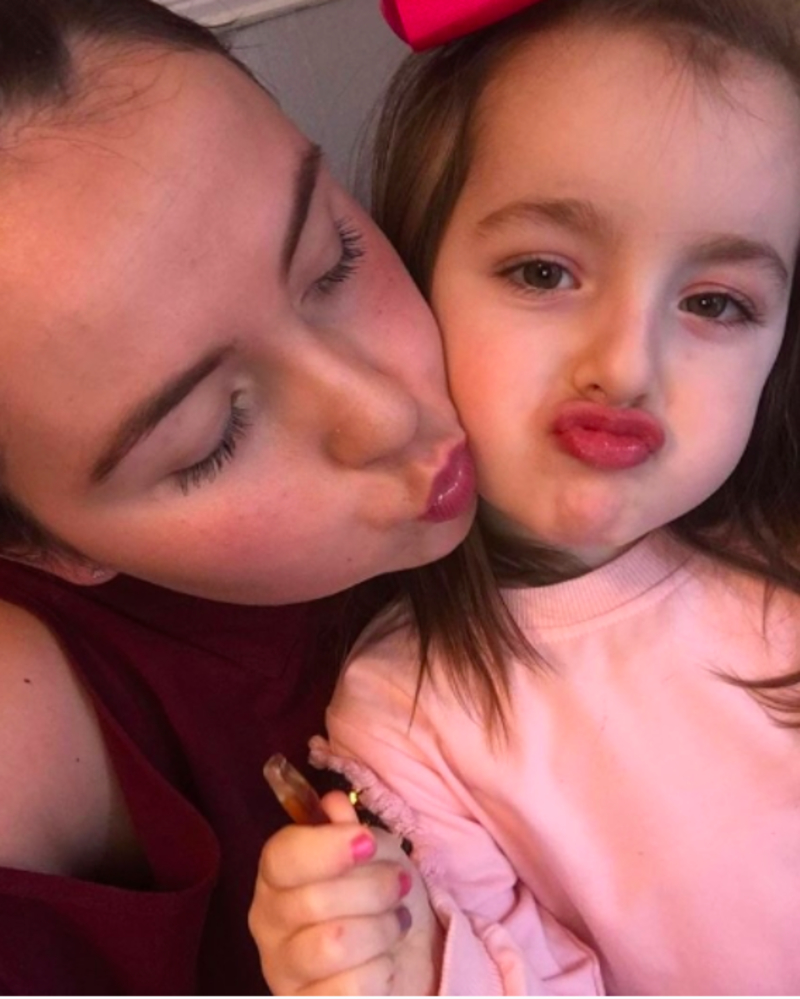 So Becki-Jo headed over to the doctors office where they performed the scans on her.  It was soon evident that there was nothing wrong with her pregnancy. The doctors did, however, have some pretty bombshell news to drop on her! 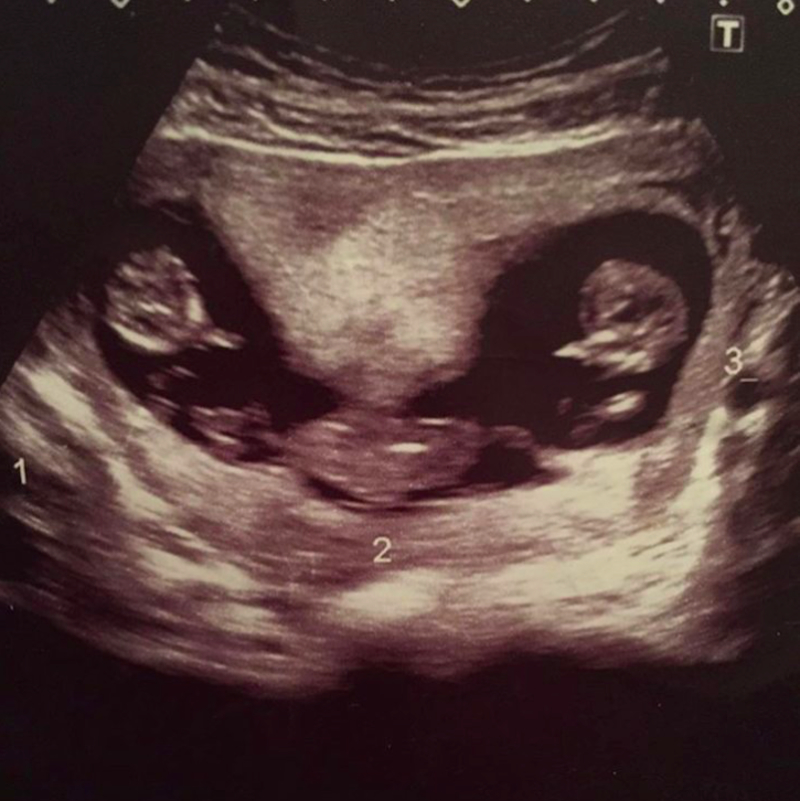 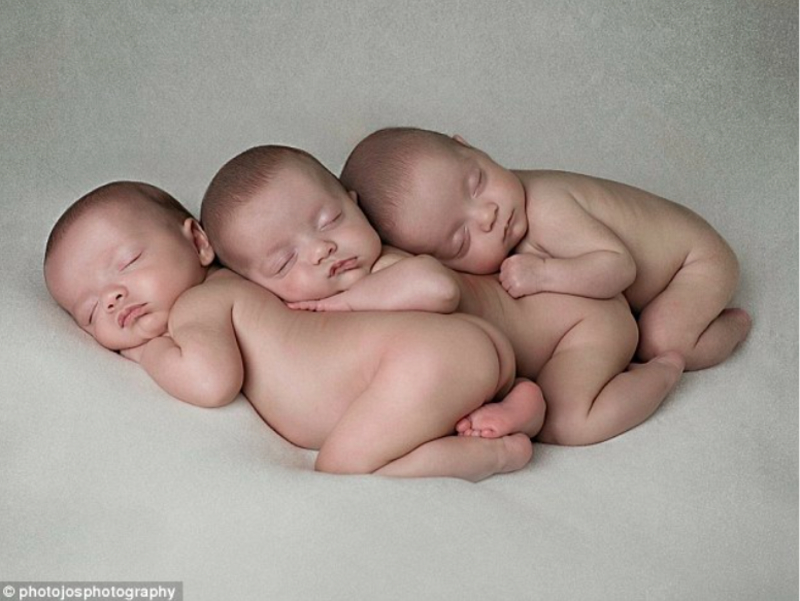 “I couldn’t believe it,” she said. “I hadn’t even thought it might be twins, let along triplets, and we haven’t got any in the family.” Since there had been no prior twins or triplets in the family line, Becki-Jo was pretty much left on her own to figure things out. Her family helped as much as they could through the process. 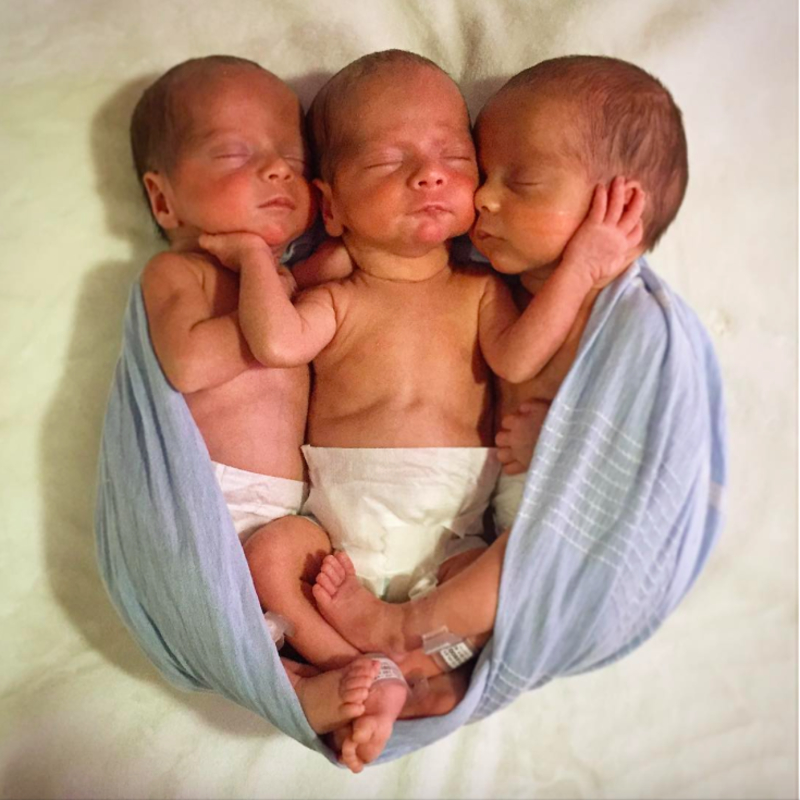 Finally at 31 weeks pregnant, Becki-Jo went into labor. She gave birth to three baby boys that she named Rocco, Roman and Rohan. However, the babies were incredibly small and Becki-Jo was immediately worried. “When they were born Rocco was 3lbs 5, Roman was 3lbs 6 and Rohan was 3lbs 10.” 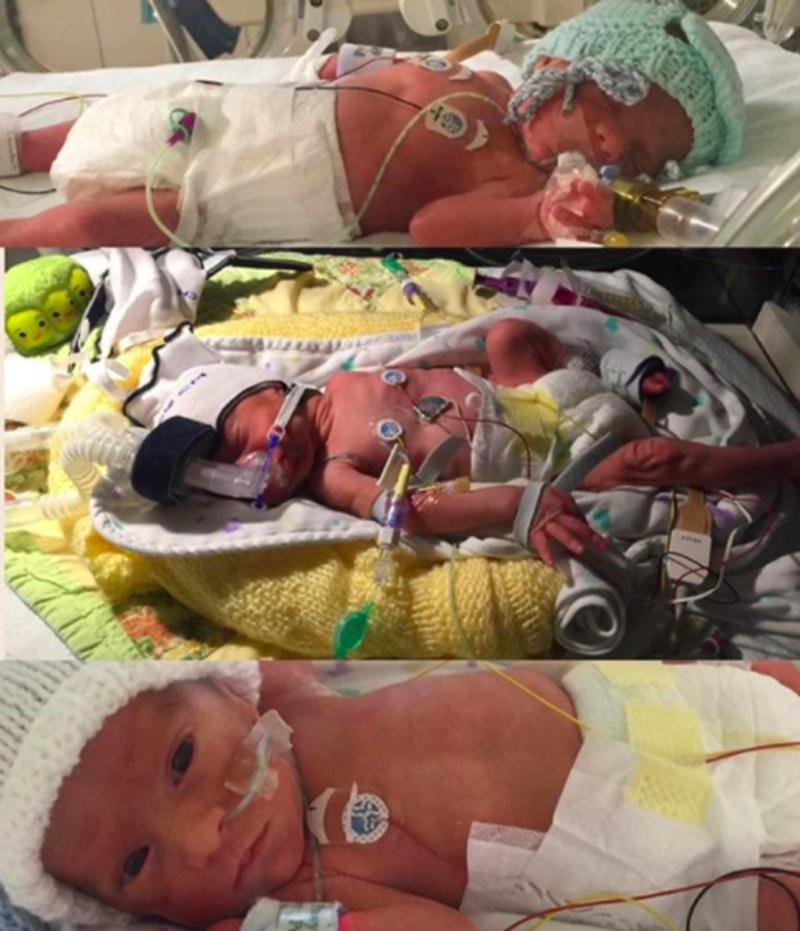 The three baby boys were immediately brought over to the Neonatal Intensive Care Unit. They stayed there for three weeks and doctors worked tirelessly to make sure that the boys would survive. Finally, the boys began to gain some weight and they were looking much better. 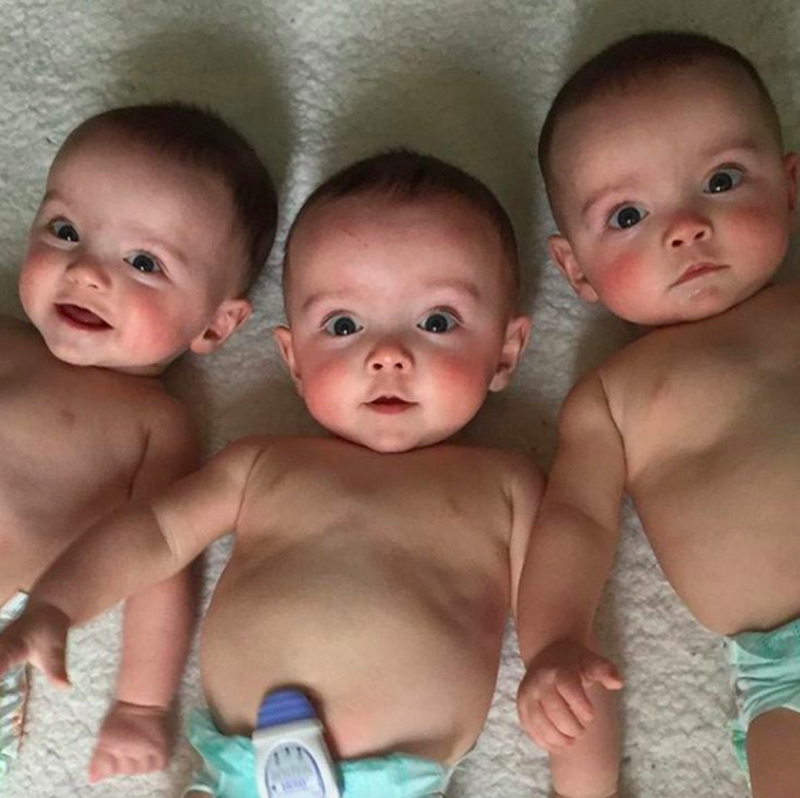 While the boys were in the NICU, Becki-Jo could barely get a good look at their faces. After all, they were all wrapped up in wires and tubes. Finally, when she brought the babies home she noticed something incredibly strange about all of their faces. 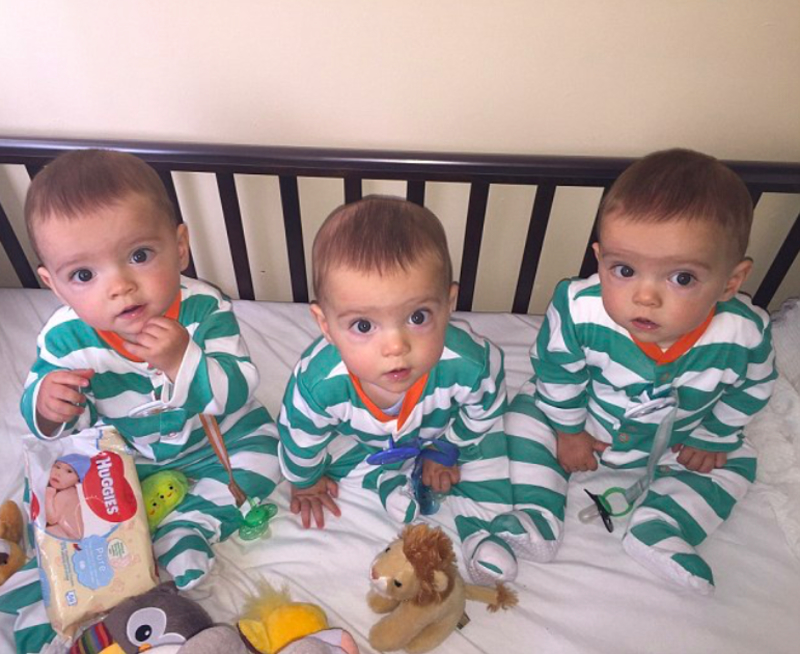 As Becki-Jo got a closer look, she immediately noticed that all of the triplets were identical to one another. She couldn’t believe her eyes as there is only one in 60,000 to one in 20 million chances of having identical triplets. So she decided to send in DNA samples from the boys to find out the truth! 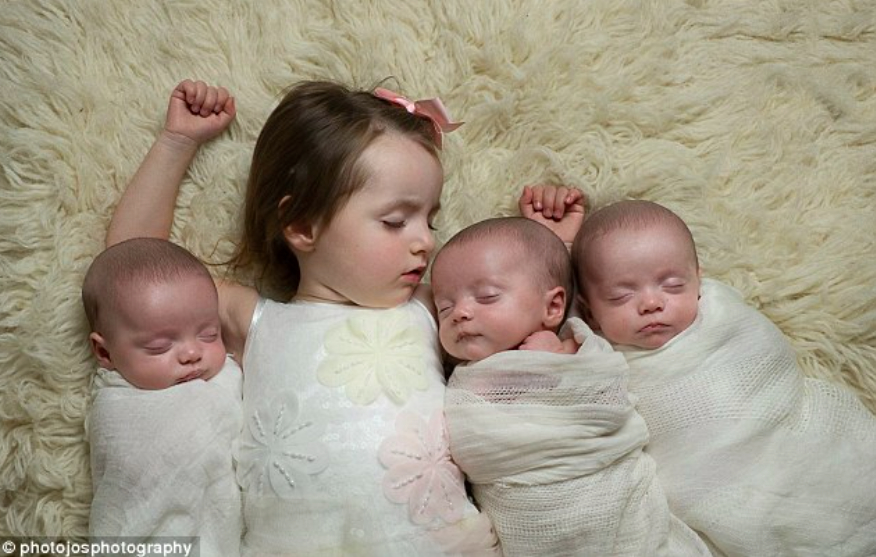 Finally, the test results came back and they were positive! The boys were indeed identical triplets. Although the boys looked very much alike when they were just born, these days she has noticed that the resemblance is uncanny. People in the streets will always comment on how the boy’s look alike. 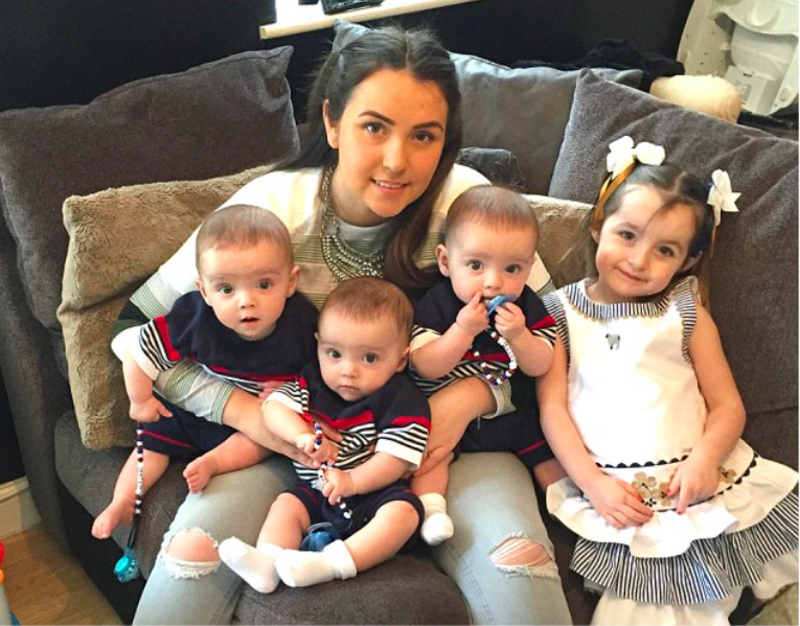 “I was always convinced they weren’t because that’s what I had been told during my pregnancy. I got in touch with a company who sent me some swabs and within three days of me sending them back, they told me the boys were identical…We don’t get anywhere fast because people are always stopping us when we’re out and asking if they are identical.” 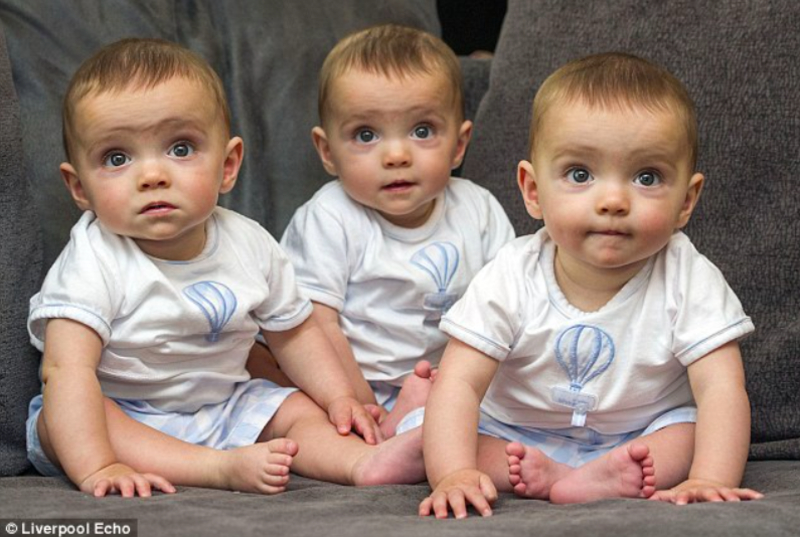 One of the biggest questions that Becki-Jo always gets asked is if she gets her boys confused with one another. However, she has stated that the boys have such different personalities that it would be impossible to mix them up. ”I don’t get them mixed up – it’s only when they’re asleep that they look the same to me. They all have completely different personalities.” 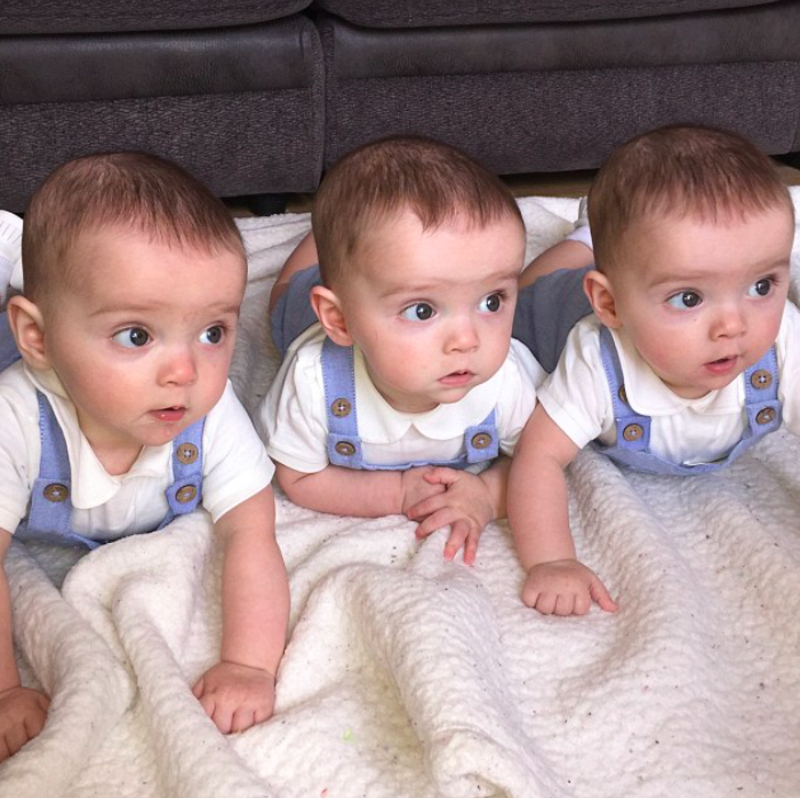 “Rohan is the loud one, he’s always shouting. Rocco is normally quite laid-back, but he can be feisty too, while Roman is usually complaining that he doesn’t want to share. They’re always crawling about after the same toy, trying to get to it before their brothers do.” 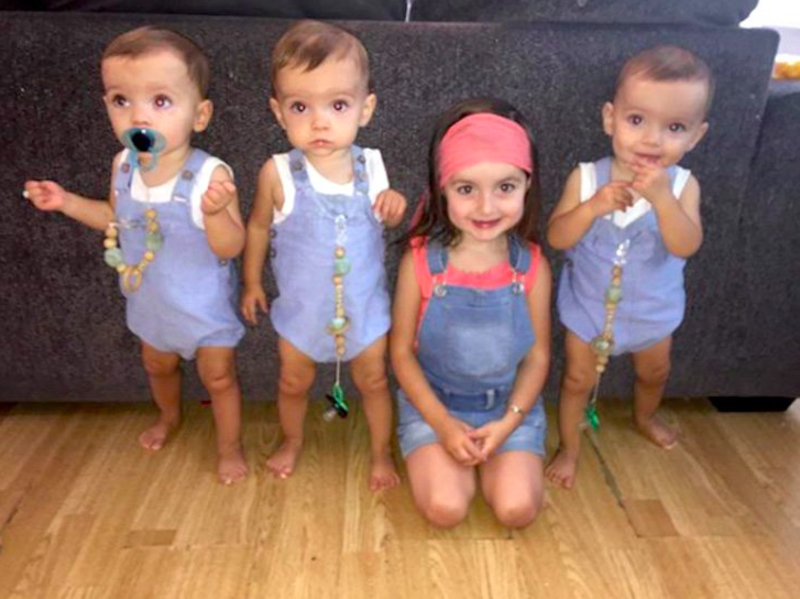 One of the other questions that Becki-Jo gets asked a lot is how her daughter feels about having three younger brothers now. “Indiana loves them, she’s not one bit jealous – I do feel a bit sorry for her when I think what it’s going to be like growing up with three little brothers though!” 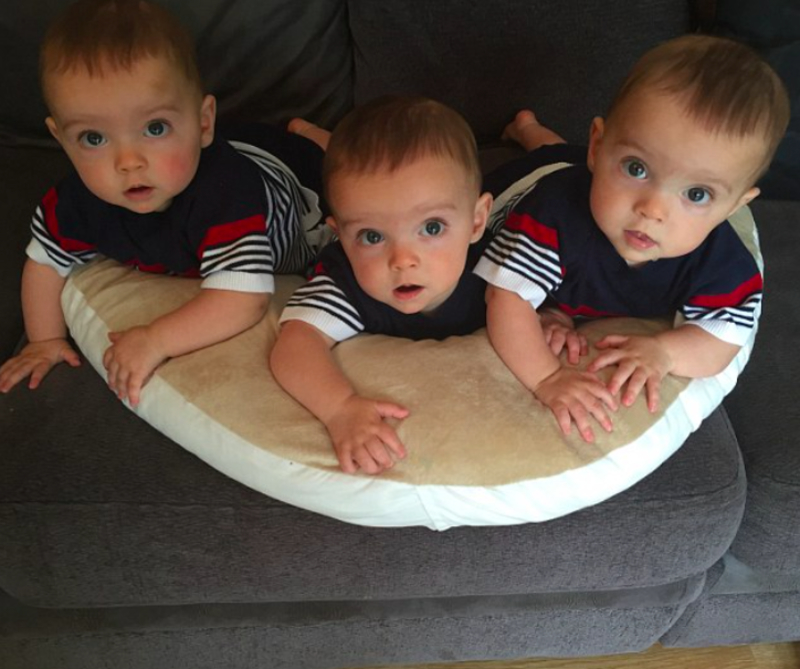 With three baby boys, Becki-Jo has had to buy quite a lot of baby supplies. Her triplets go through 130 diapers a week and about four packs of baby wipes. One pack of formula for the boys lasts about two days and Becki-Jo has revealed that the washing machine is always on at the house. 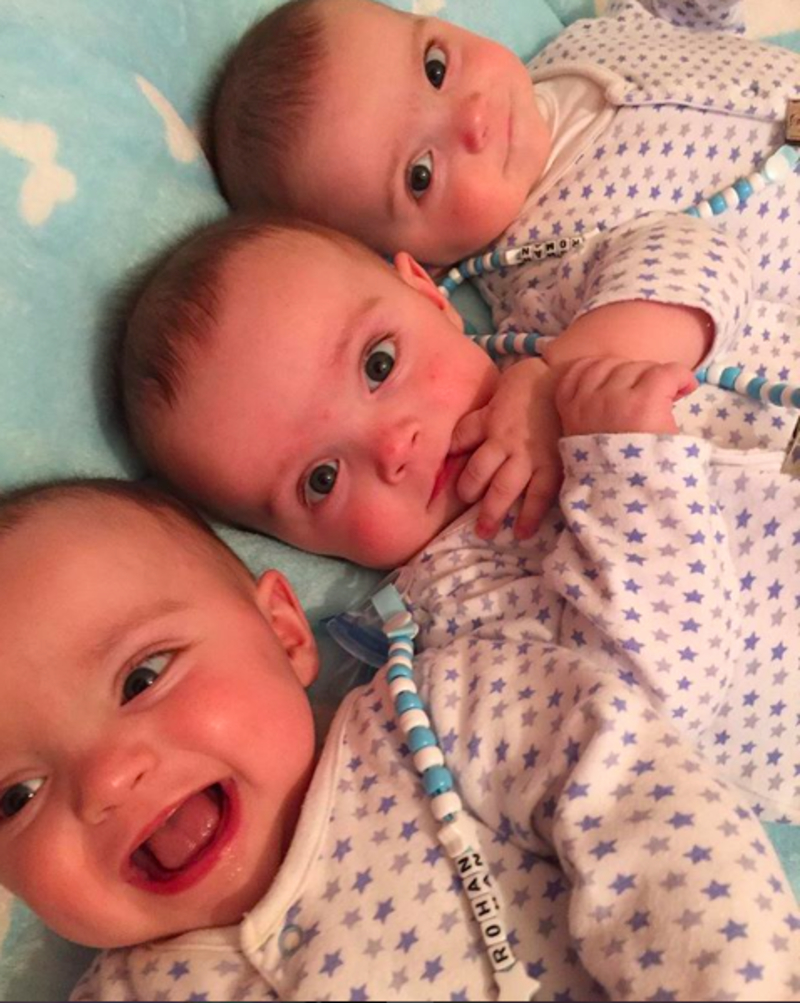 Although the boy’s father, Liam Tierney, 28, does not live with her, Becki-Jo still gets a lot of help. Her sister Lauren, 17, has helped her out the most. She is so grateful to her family for all of the help that they have put in. 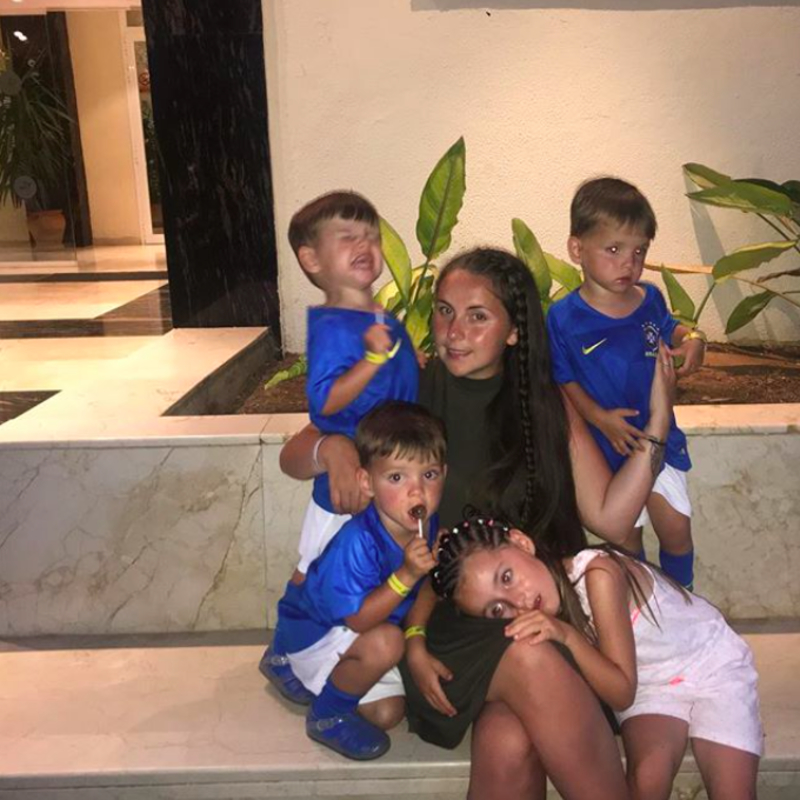 The thought of raising just one baby sounds like a lot of hard work, and the thought of raising three sounds even more unbearable! Although Becki-Jo does admit that it takes a lot out of her she has also stated that she wouldn’t have it any other way. She says that the boys have been a real blessing in her life. 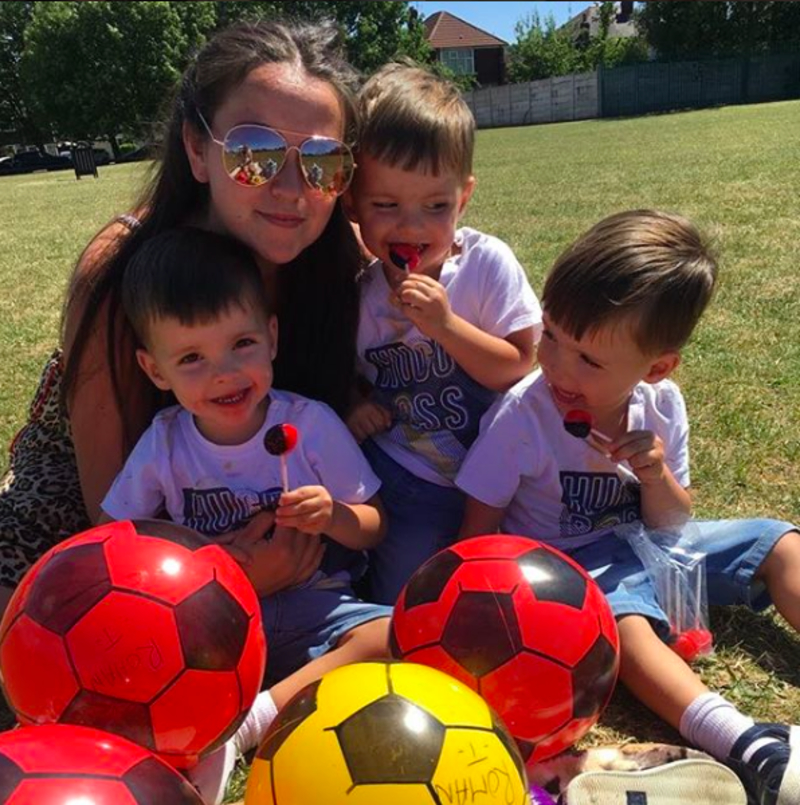 Becki-Jo feels incredibly blessed to have four wonderful and healthy kids to take care. The boys are continuing to grow more and more each day and they are getting quite big! Becki-Jo regularly updates her social media accounts with photos of Indiana, Rohan, Rocco, and Roman.