Guy Buys A Tank for $30,000 And Discovers An Unexpected $2 Million Fortune Inside

Nick Mead is an English tank collector who loves a good deal on military vehicles. He has a collection that is so huge, it would make any military buff swoon. While scoping out eBay for some cool listings, Mead came across a new tank model that he knew he just had to have. Once he finally received the tank, he went about restoring it. However, as he went through the tank’s compartment’s he came across a treasure so grand he couldn’t believe it was real!

This is an exciting story that may have you searching your next eBay purchase for some hidden treasures as well! 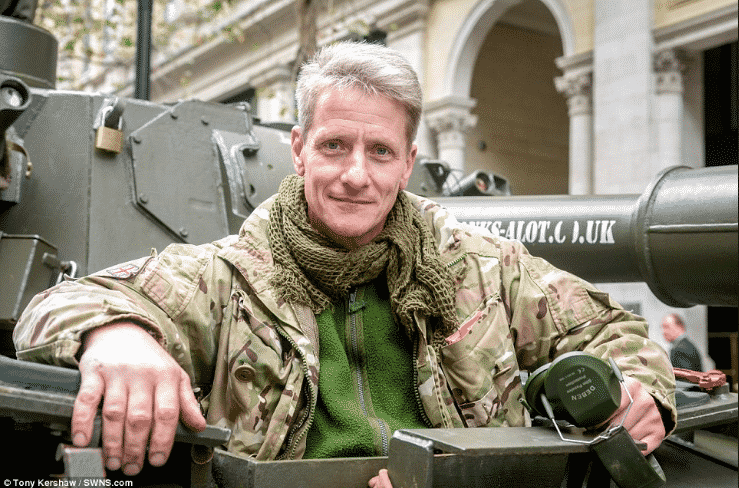 Meet Nick Mead, a man that resides in Helmdon, a village in Northamptonshire, England. Living on a large farm, Mean happens to run his business, Tanks-alot. Tanks-alot rents out military vehicles for various uses, such as film projects and TV shows. You can even go to the farm for private lessons on how to drive a tank.

Although Mead has many tanks, he still wanted another new tank model and that is where our story begins! 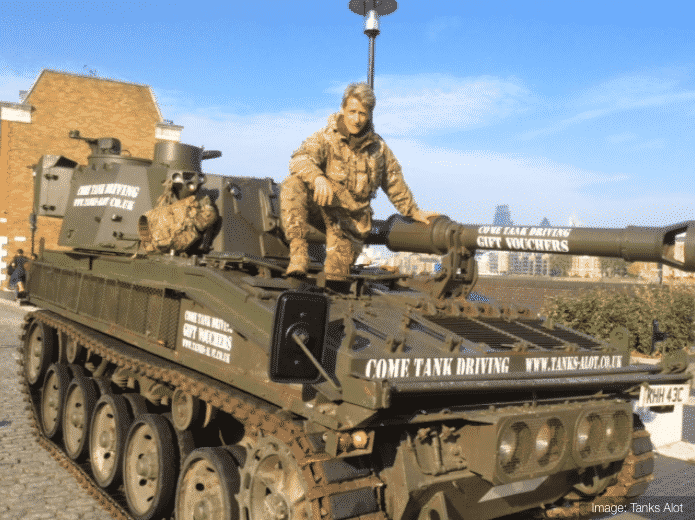 Mead happens to have one of the largest military tank collections with 150 vehicles in his possession. Many of the tanks are from around the world including countries such as Britain, U.S., and Russia. He is also the only private collection to own the U.K. designed Challenger 1 that is still currently used in wartime.

His collection is so grand that you won’t believe the kinds of activities that happen on his farm! 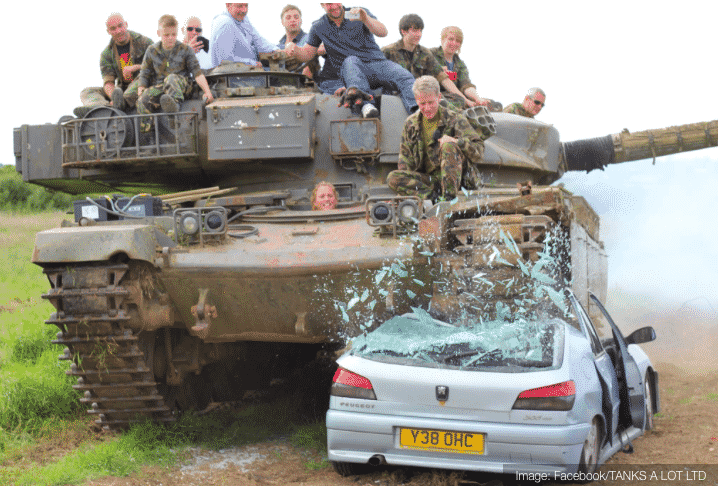 The military vehicle business that Tanks-alot provides also offers individuals the opportunity to drive the tanks themselves throughout the property. If interested, they can also rent a tank limousine and ride around London in it. Although these were all lucrative business positions, Mead became interested in a brand new way to generate interest in his company and you’ll never guess what it was. 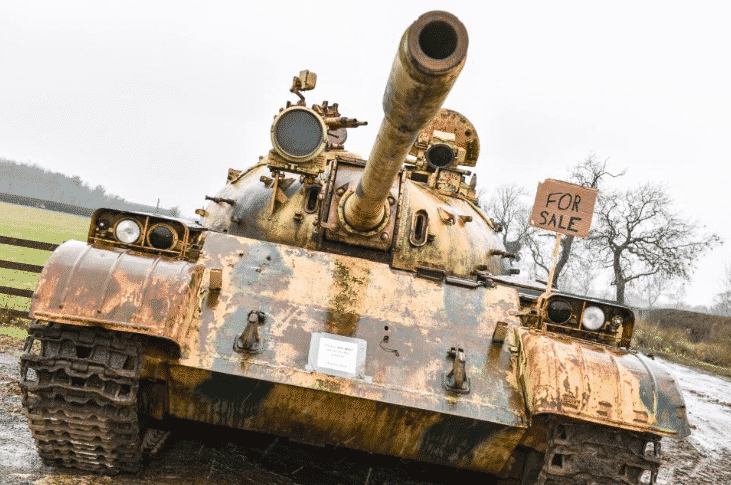 One day, while searching through eBay, Mead came across a Russian T-54 tank that he thought would make the perfect addition to his already extensive collection. He already owned two other Russian tanks and was looking to create a theme around them.

Speaking with the Daily Mail, Mead explained his train of thought saying, “I saw it advertised and I had this idea of doing a From Russia With Love experience, where people would come and drive three Russian tanks.”

But what he got was an even better treasure than just a simple Russian tank! 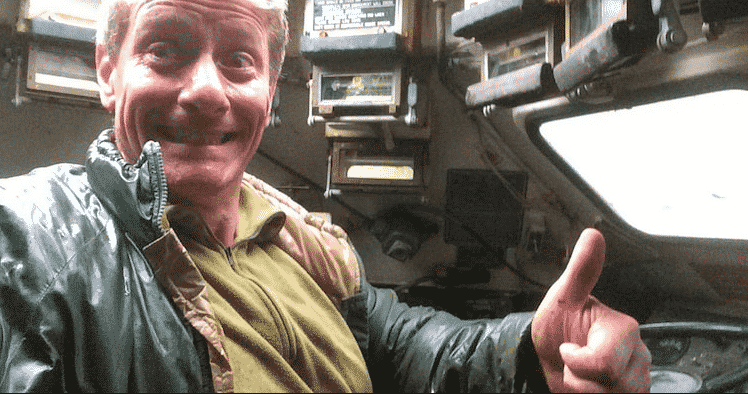 Mead quickly contacted the owner of the tank, Joe Hewes, and the two set up an agreement for the trade. The tank was worth £30,000 ($39,000) and instead of paying the cash Mead traded in an Army lorry and an Abbott self-propelled gun, equating to the same amount.

Mead was super excited to receive his new tank but had no idea of the true value that would be hidden inside! 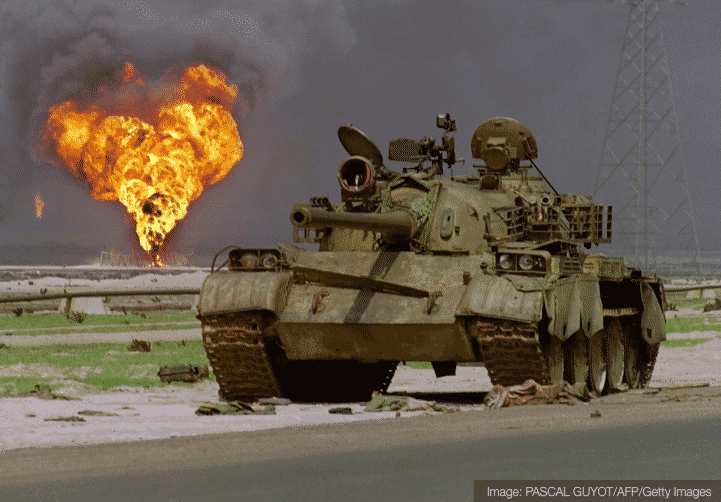 What made the tank even more appealing to Mead was its battlefield history. The tank had been deployed in Iraq and although it had a short lifespan, having only been used for 1,500 miles, it had gone through h*** and back during its time out. Mead and his mechanic, Todd Chamberlin, set off to restore the tank where they found a stash of live ammunition hidden away that they quickly reported to local authorities.

However, they never expected what they would find next! 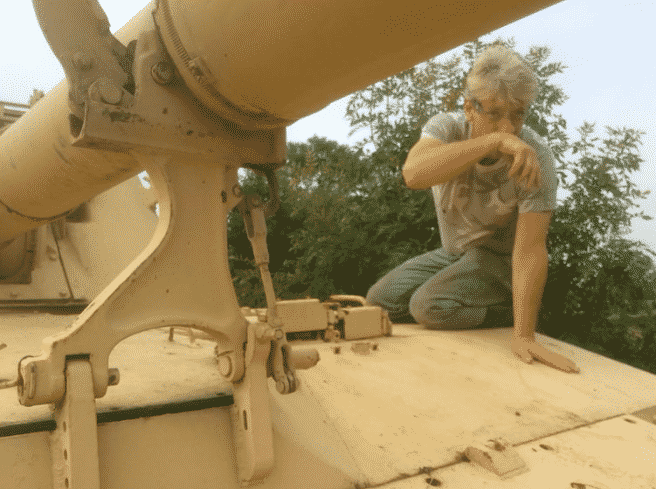 Throughout the week, the pair kept working with the tank and soon Chamberlain discovered that one of the external fuel tanks could not be removed without some extra bravado. Grabbing a crowbar, he lifted the heavy container and discovered a very odd hole cut into the area. A hole that should not have been there.

So what did Chamberlain just come across? You won’t believe it if you don’t see it with your own eyes! 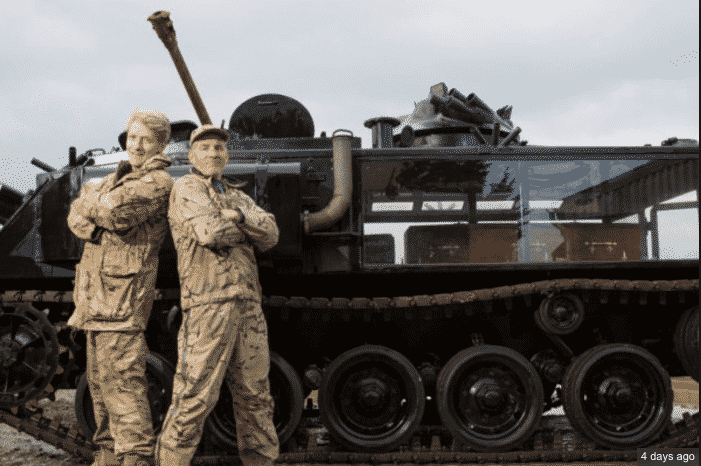 Chamberlain was so thrilled about the discovery of the hole that he immediately went over to Mead to tell him. The pair decided to film themselves going through the tank as they expected that they would find guns hidden away in the hole of the fuel tank.

However, what they found was so much better! 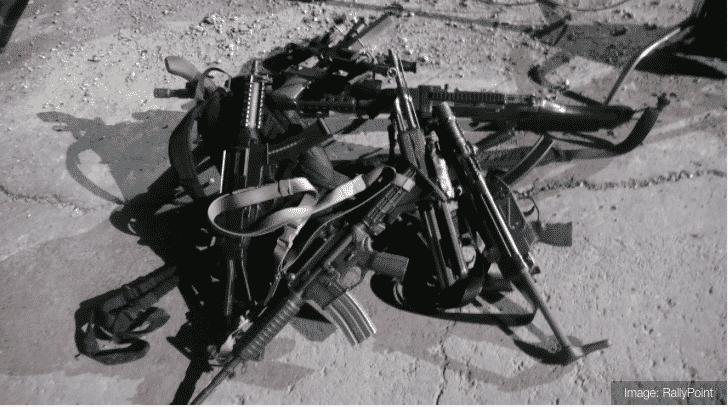 While on camera, Chamberlain began to explain the situation to everyone that would be watching since the duo intended to upload the video onto the Tanks-alot YouTube channel.

“You know the rounds we found earlier?” He said. “I’m thinking this is the guns to go with them. I reckon it’s full of guns. Which could be a problem for us.”

The duo had absolutely no idea what they would be discovering in just a few moments! 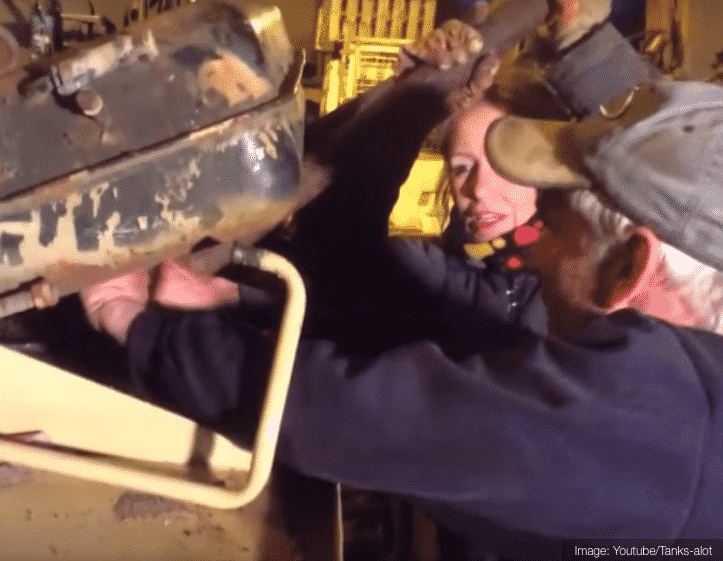 The duo made sure to film themselves in order to keep their innocence if they were to discover tons of firearms inside of the fuel tank. But as Chamberlain stuck his hand in, he was surprised to find that it wasn’t guns that he found.

Take a look at the next photo to see what exactly they discovered inside! 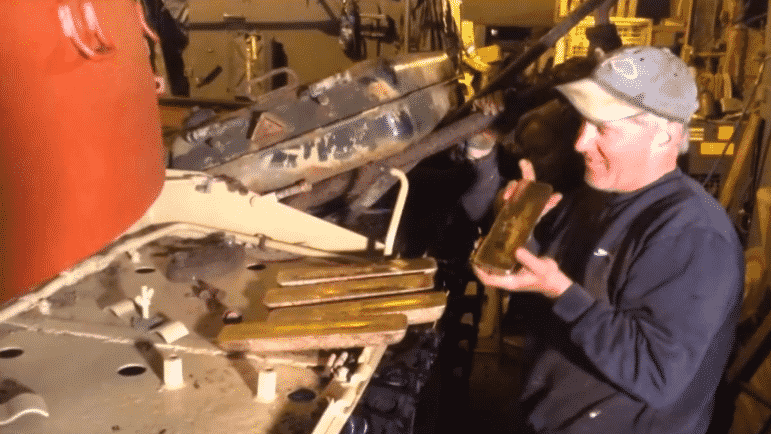 While reaching in, Chamberlain pulled out a shiny bar of solid gold. He and Mead looked at each other in absolute astonishment.

“It’s not the only one, either,” Chamberlain quickly alerted Mead. The duo began to look through the fuel tank to see what other mysteries lay within. There was more treasure inside than either one of them could believe…. 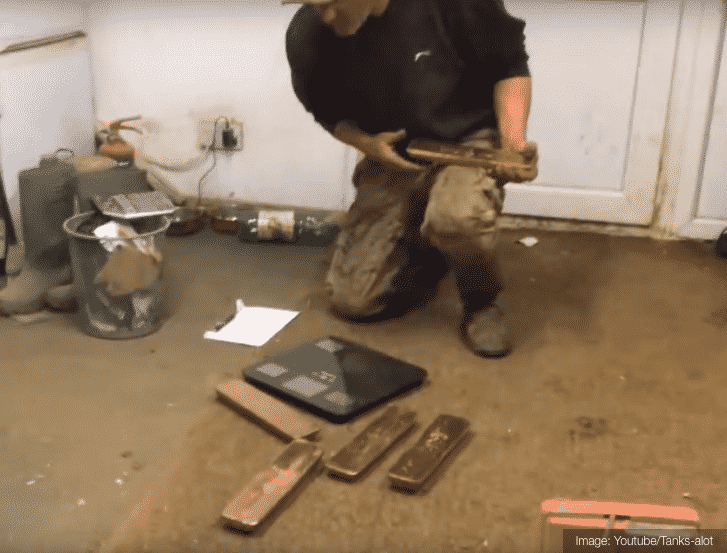 Overall, Chamberlain managed to dig out five gold bars from the tank’s fuel engine. The men decided to weigh them and they came out at roughly 12 to 13 pounds each. The pair estimated that the gold bars were worth around $2.5 million.

You won’t believe what the men did next with their newly found treasure! 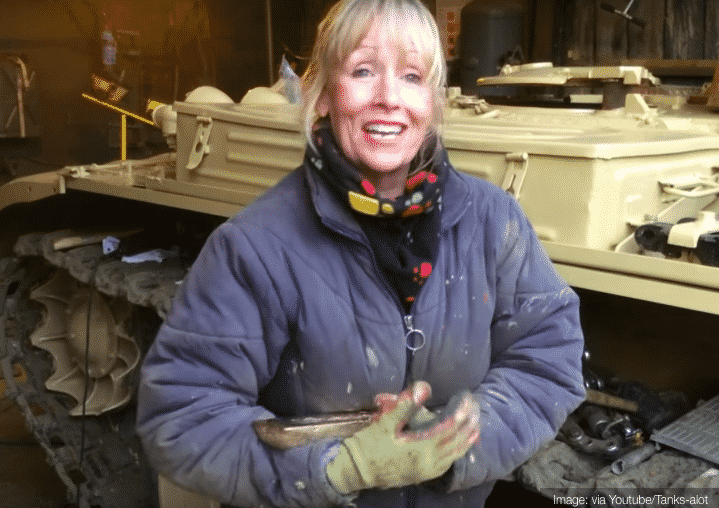 Mead and Chamberlain were both still in awe over their recent discovery. Going around the farm, the two asked their fellow colleagues what they would do with their share of the gold. Everyone had a nice idea of what they’d do with suggestions of purchasing a new Hoover or a new tank. One woman even suggested that she’d like to buy herself seven new Range Rovers!

Unfortunately, the men knew that they had to report the gold bars to the proper authorities. 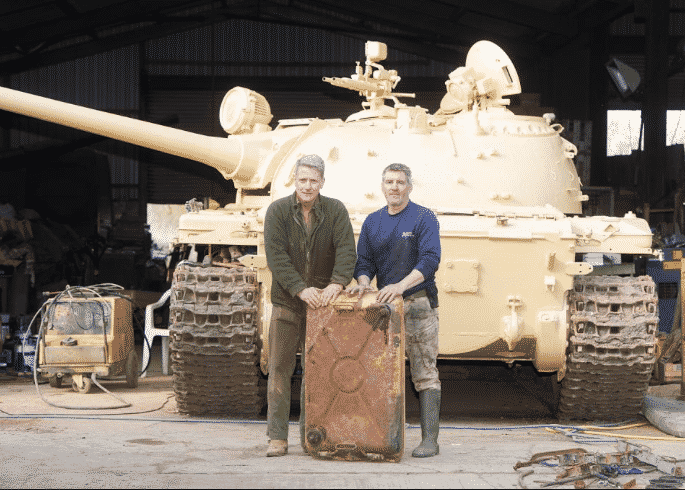 When the shock of the discovery finally went away, everyone on the team realized that they couldn’t just keep the gold bars without alerting the police to the situation. So Mead took it upon himself to call the authorities and report the discovered treasure.

In the online video you can hear Mead saying, “We’ve found umpteen bars of gold bullion in an Iraqi tank.”

So where did the gold bars come from? You’ll be surprised by the answer! 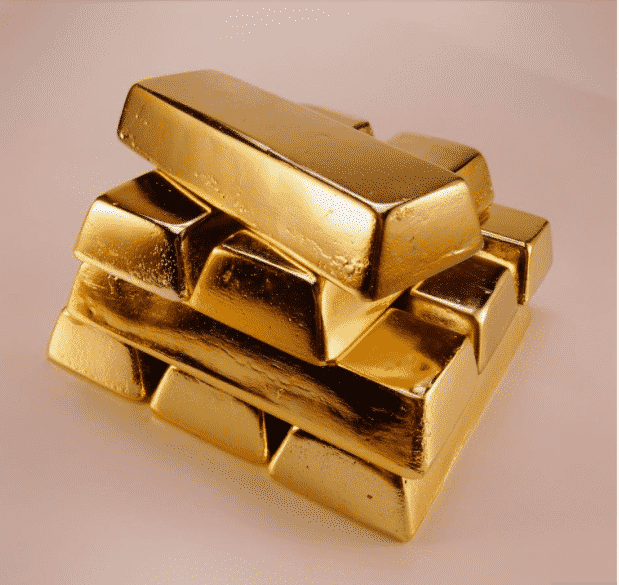 Since the tank was originally used in Iraq, many of the possibilities lead to the gold being from Kuwait in the Persian Gulf. Iraq had invaded the country in 1990 and many Iraqi soldiers and forces were well known for looting. It’s been estimated that the Iraqi forces stole about a billion dollars’ worth of property, including the aforementioned gold bars discovered by the tank enthusiasts.

So what happened to the gold after the men reported the discovery? 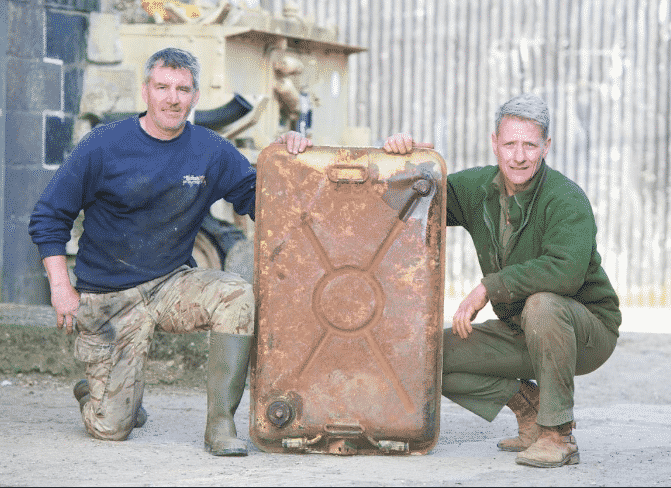 Sadly for Mead and Chamberlain their excitement over discovering the gold quickly faded away when the Northamptonshire police officers arrived. They immediately confiscated the loot and have brought it in for investigation to see if it has any ties to the missing property from Kuwait.

But Mead hasn’t given up all hope just yet! 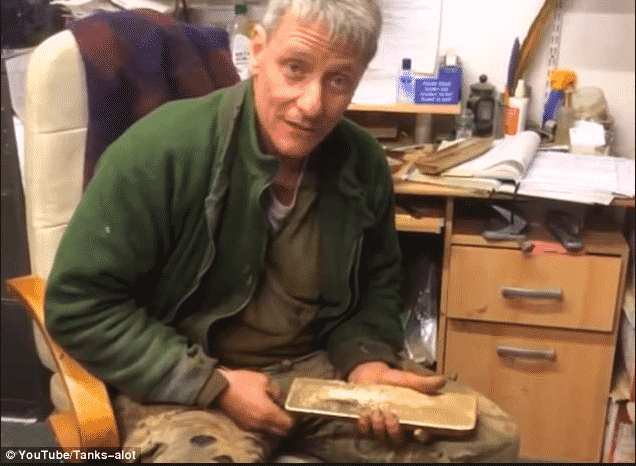 Mead is still holding out hope that the gold bars will be given back to him if they cannot locate whom they actually belong to. He and his colleagues are still fantasizing about the new Hoover and Range Rovers that slipped away from them.

And what about Hewes, the original owner of the army tank? What’s his reaction to all of this? 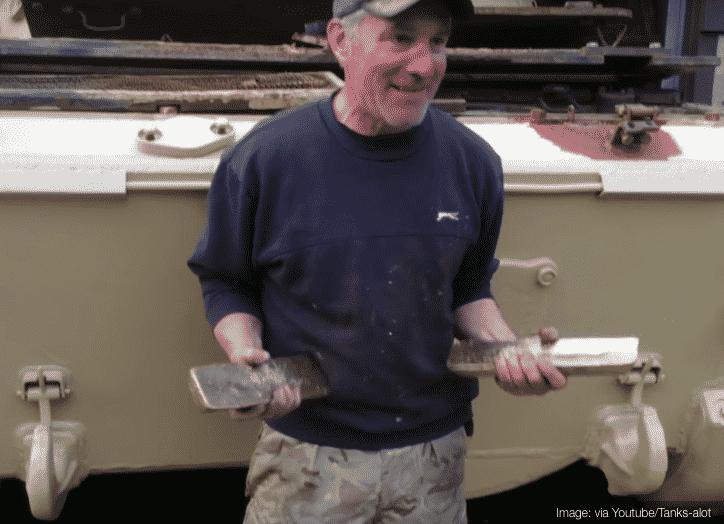 Joe Hewes has spoken out ever since the discovery of the gold was made trending news. He’s been very well tempered about it, jokingly stating, “If he does get to keep some of the money, I expect a pint [of beer]!”

However, the story has gotten super controversial ever since it became a trending topic. Take a look at some of the ranging opinions. 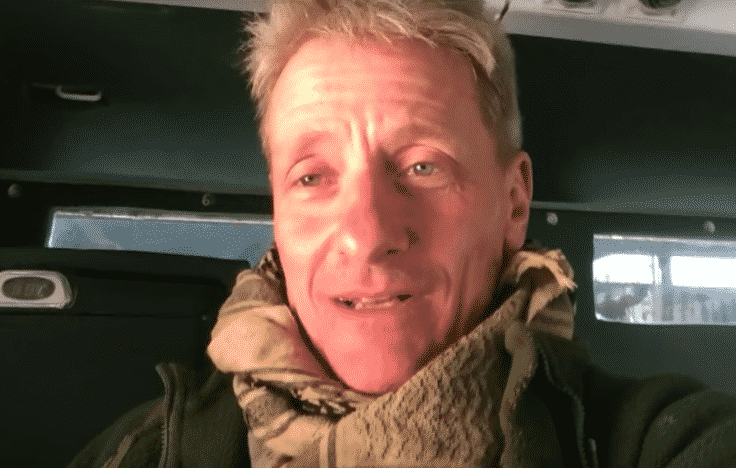 Ever since the story became viral news, the Internet has turned it into a highly debatable topic. Many have found that Mead’s honesty was unnecessary and that he should have kept the gold to himself. Regardless, Mead chose to do what he felt was right and now he’s got to wait to see if it pays off in the end.