10+ Architectural Monstrosities That Never Should Have Happened

Have you ever wanted to be an architect? Making tons of cash while showing off your creative side would make anyone excited. But some of architects get so carried away that they create absolutely ridiculous monstrosities.

Let’s hope the investors got decent building insurance, because this is the right time to use it! 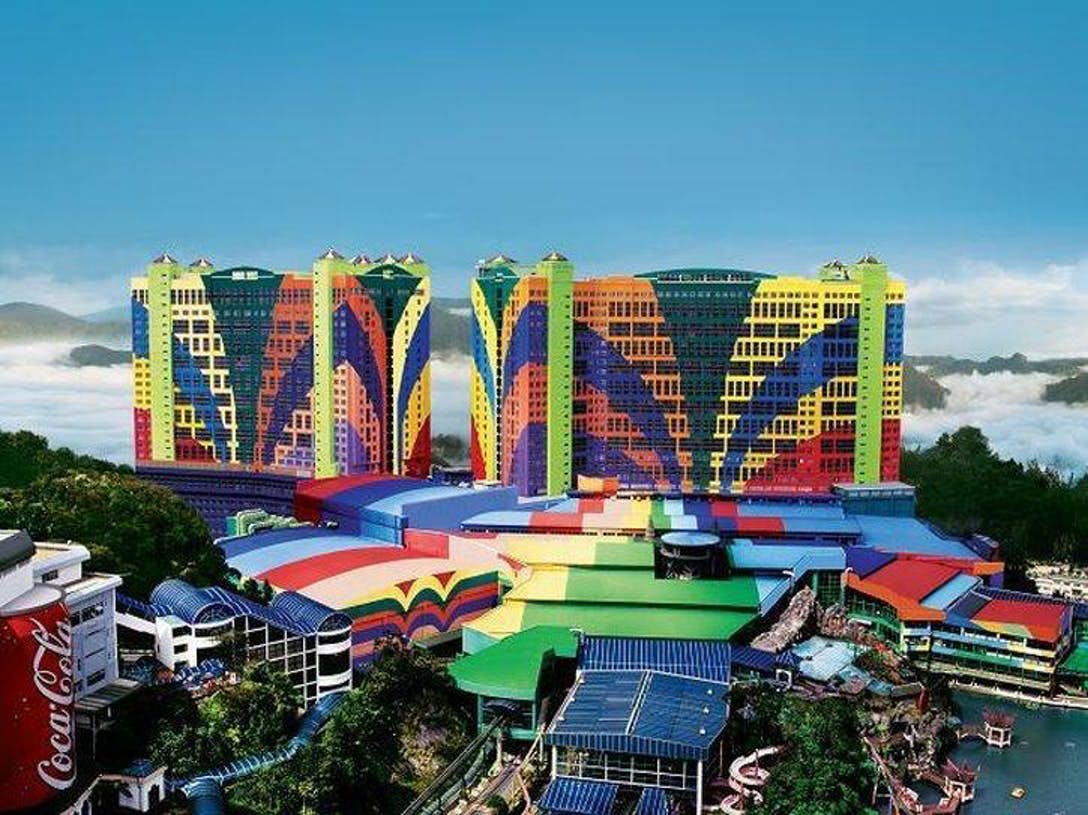 This hotel was supposed to be a serious representation of the country of Malaysia, but it ended up looking like a child’s playground that no one asked for. The buildings look relatively good – if you’re color blind. If not, you wouldn’t be the only one getting a headache from staring at it for a few minutes. I hate to tell you, but the next architectural mistake is even worse! 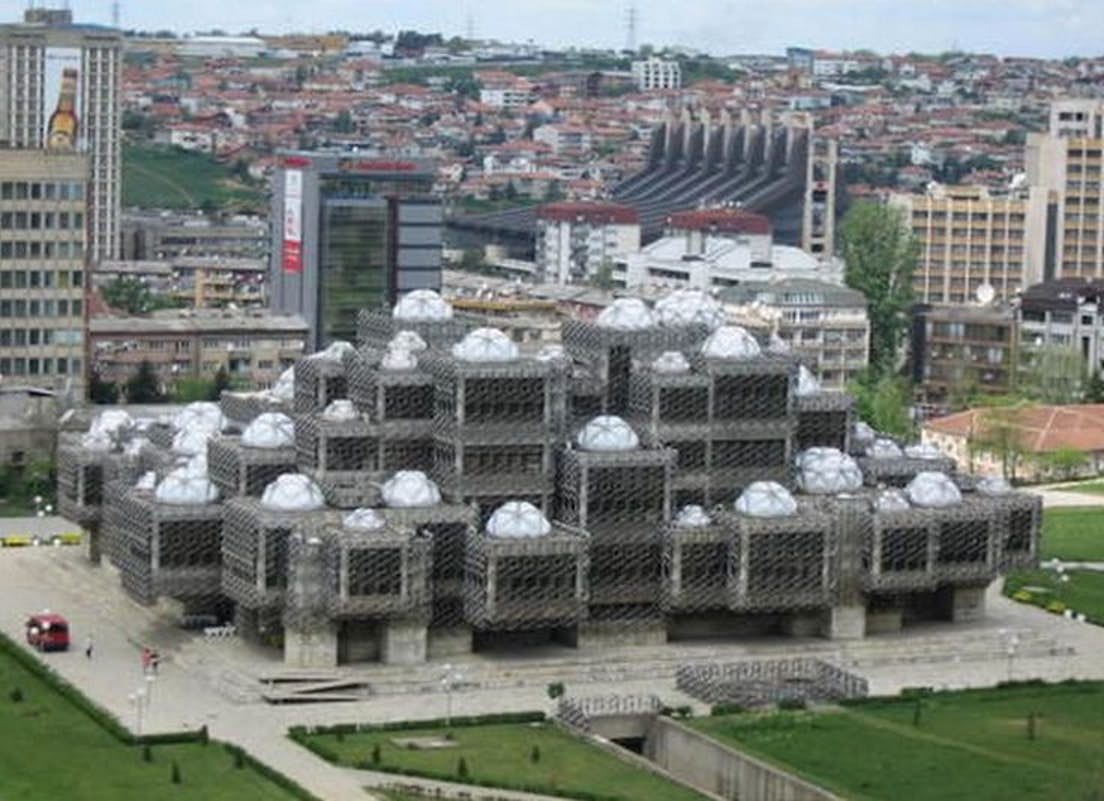 So, you’re assigned a big project – create a national library for a country that only became independent a few years ago. What do you do? Think, think, think – eureca! Let’s make it look like the most frightening and depressing prison in the world! It would be funny if the results weren’t so sad. Whoever designed this travesty is probably not a big fan of books. 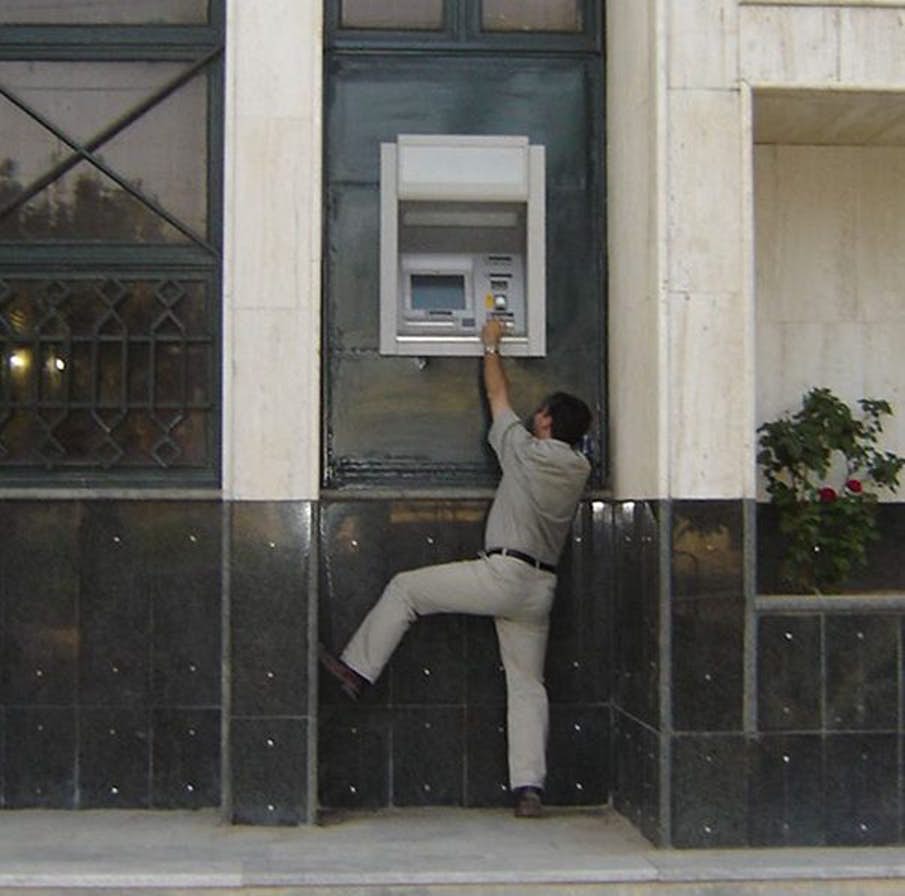 Unless you’re 6 feet tall, don’t even bother raising money from this ATM. Or atleast get a quality life insurance policy. The chance of a “slip and injury” is too high to risk it, and this bank definitely doesn’t want to give you your money back. If this photo makes you scratch your head, I guarantee the next travesty on the list will make you laugh your buttocks off. 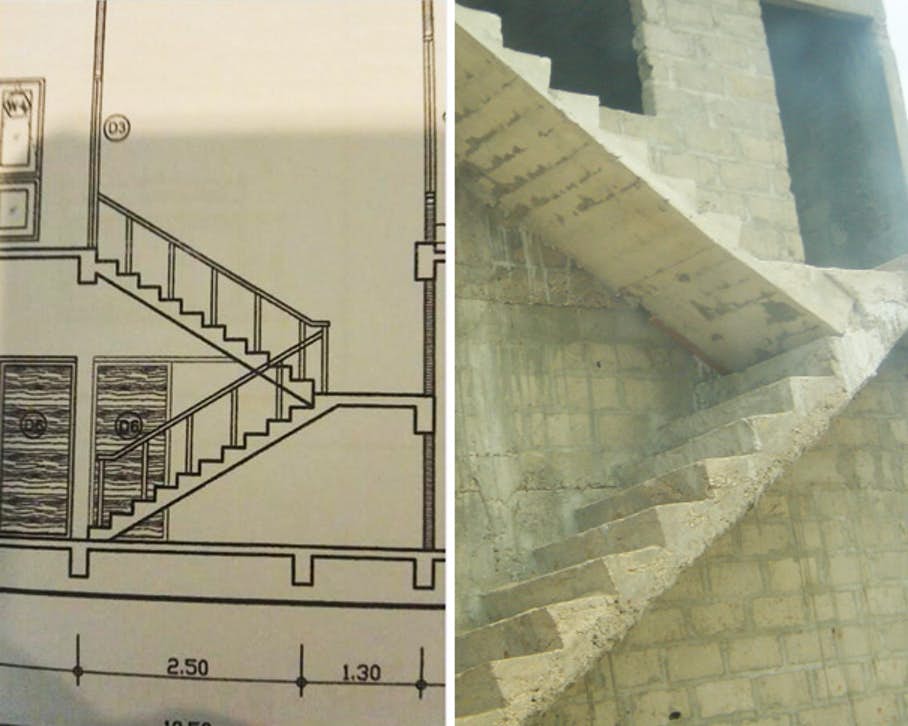 The builder of this travesty escaped the country as he couldn’t live with the shame. This is what happens when you follow the rules without engaging your intellect. But hey, at least he made us laugh, although not as much as the next epic fail. 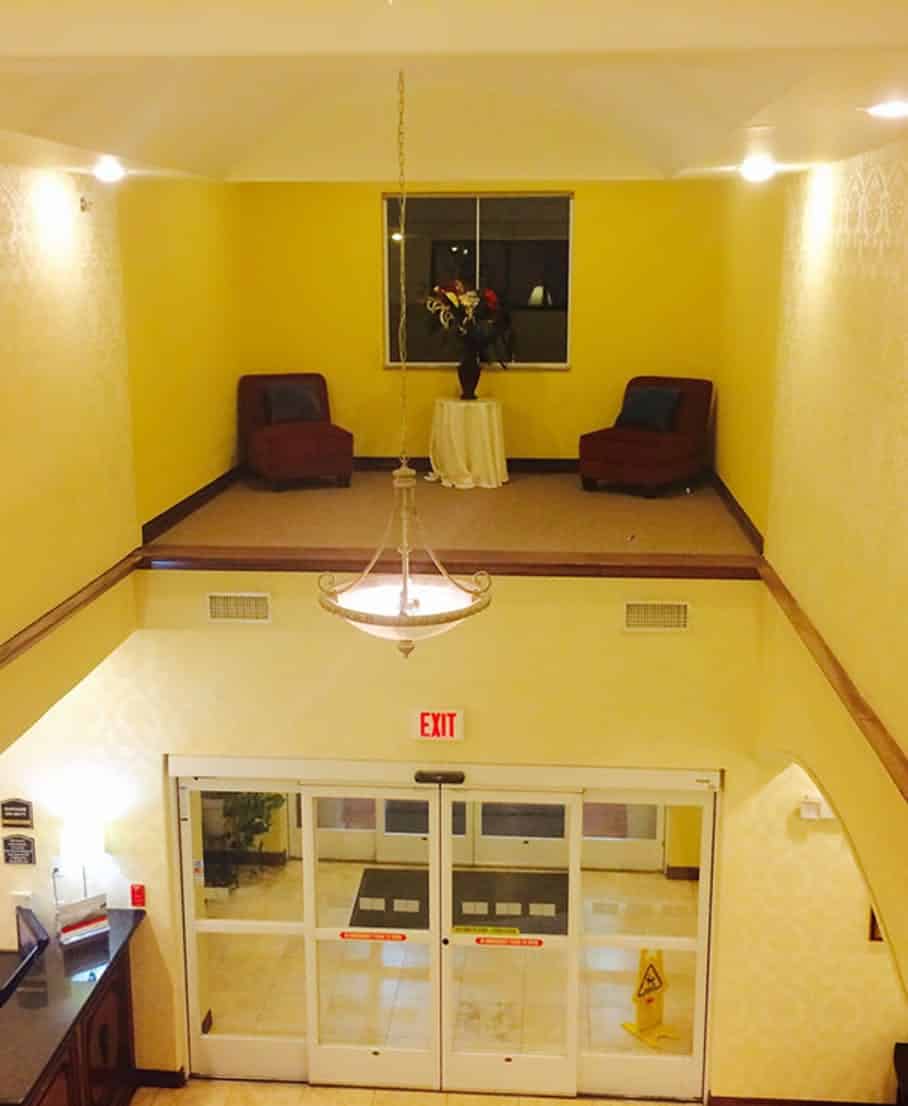 Unless you’re Batman, this resting place serves zero function. Maybe it was the same builder who created the Stairway To Nowhere, and this was the final piece of his evil masterplan. 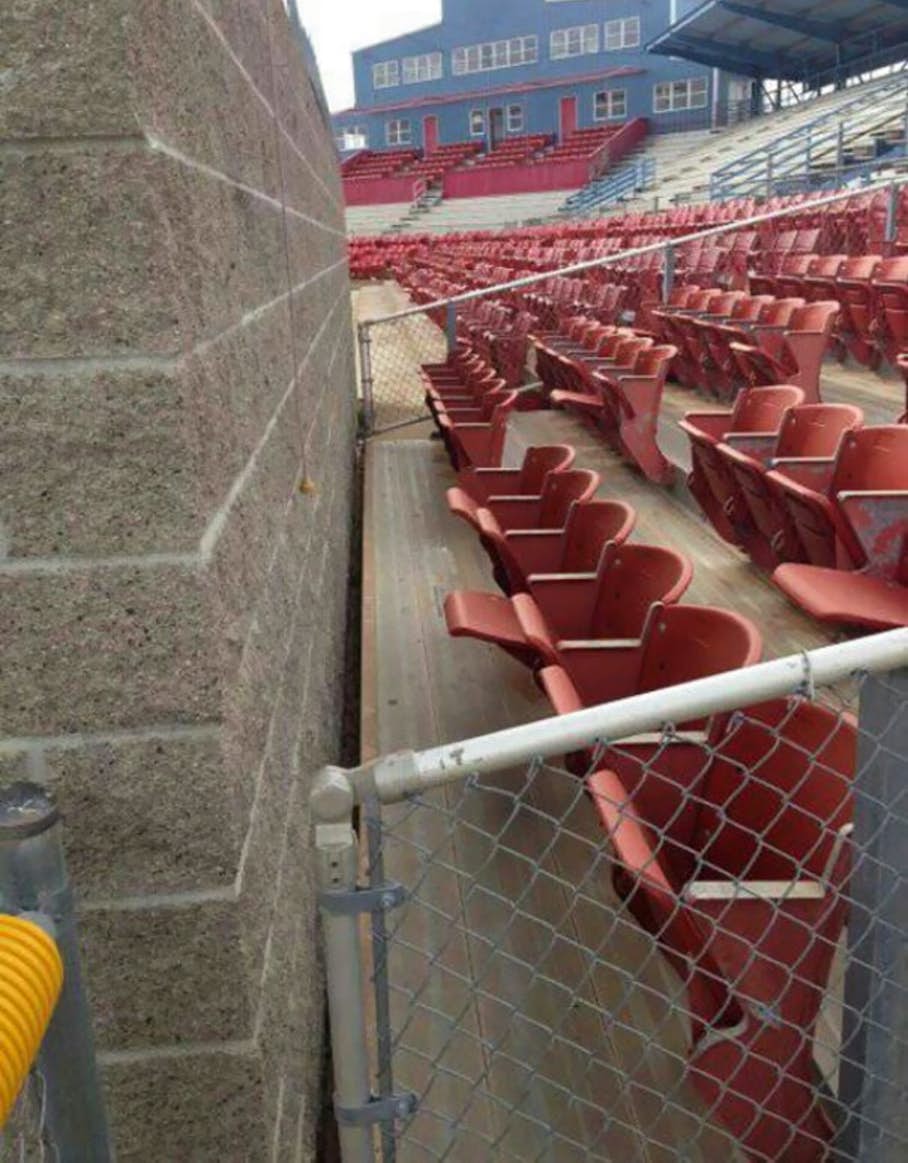 Imagine buying a $200 ticket to see a football match, and your seat is just behind this giant grey wall. I’d probably throw my Bud Light at the wall and start a riot. But hey, maybe it’s modern art, and “you’re just not getting it dude”. The balconies in the following photo certainly fit the bill. 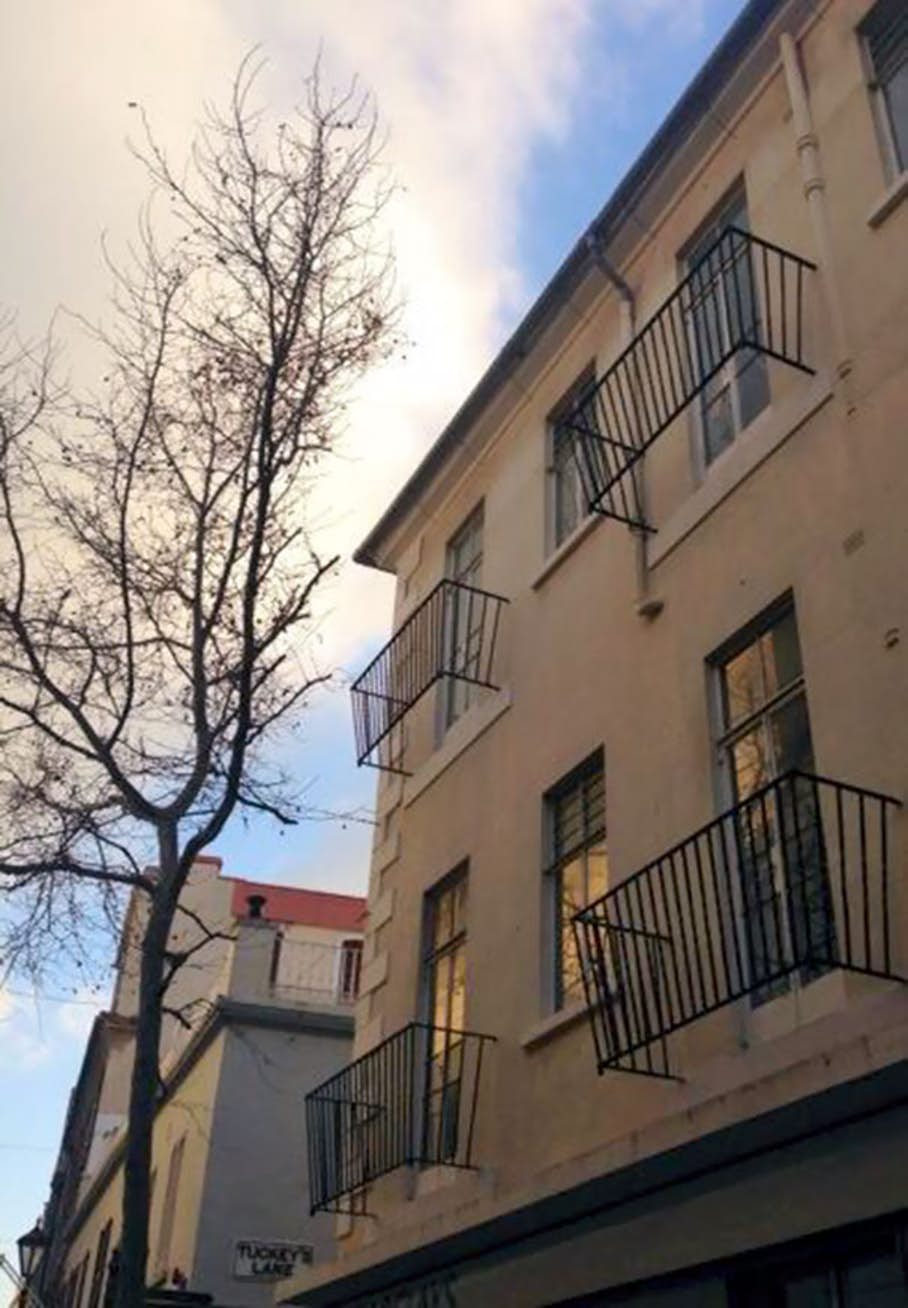 “Who said anything about the balcony floor, I just said there was a balcony.” – One of the strangest sentences a new tenent can hear, and probably the most enraging. These balconies serve absolutely zero function, except for looking pretty darn stupid.

3. Back In Art School 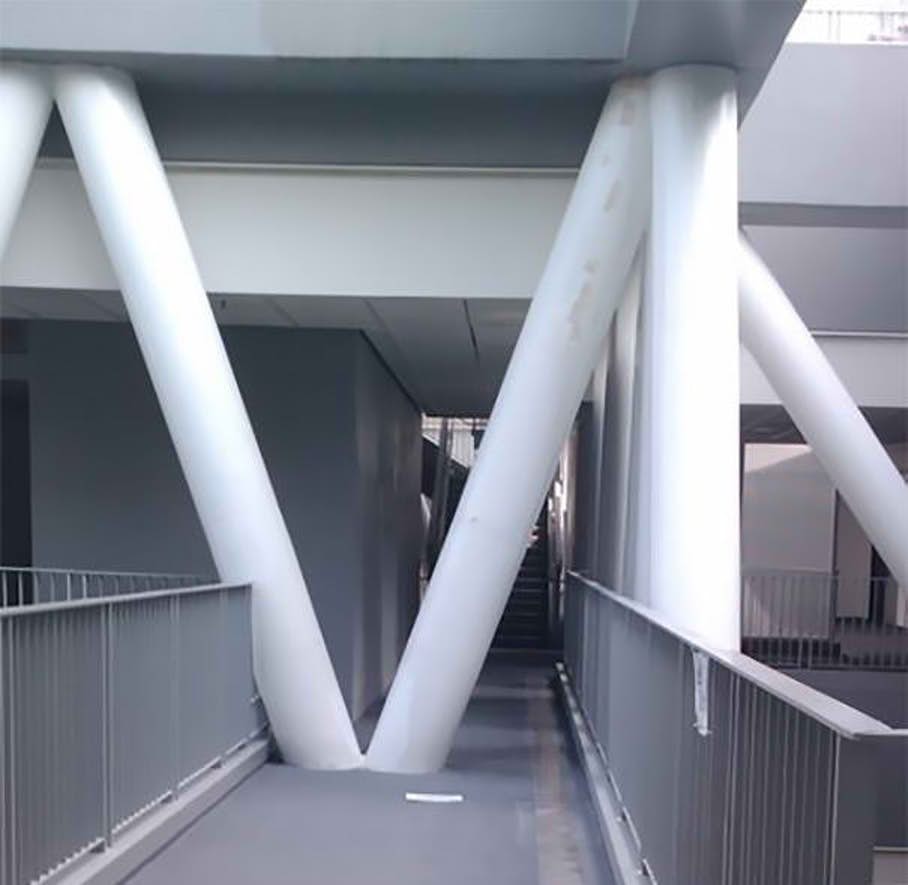 This is ACTUALLY a school of design and fine arts. Why are these supporting pillars obstructing the path? There’s no rational explanation, and my guess is that art had nothing to do with it. Considering the location, it makes it so much worse. 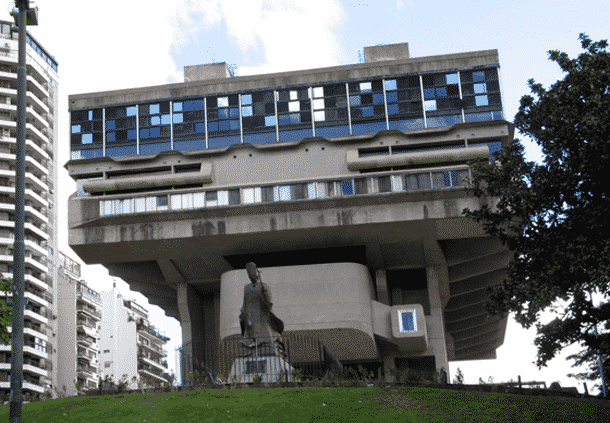 This national library looks like a piece of a fallen spacecraft. I’d expect to meet agressive mutants inside rather than an impressive collection of books. Epic fail Argentina, epic fail. 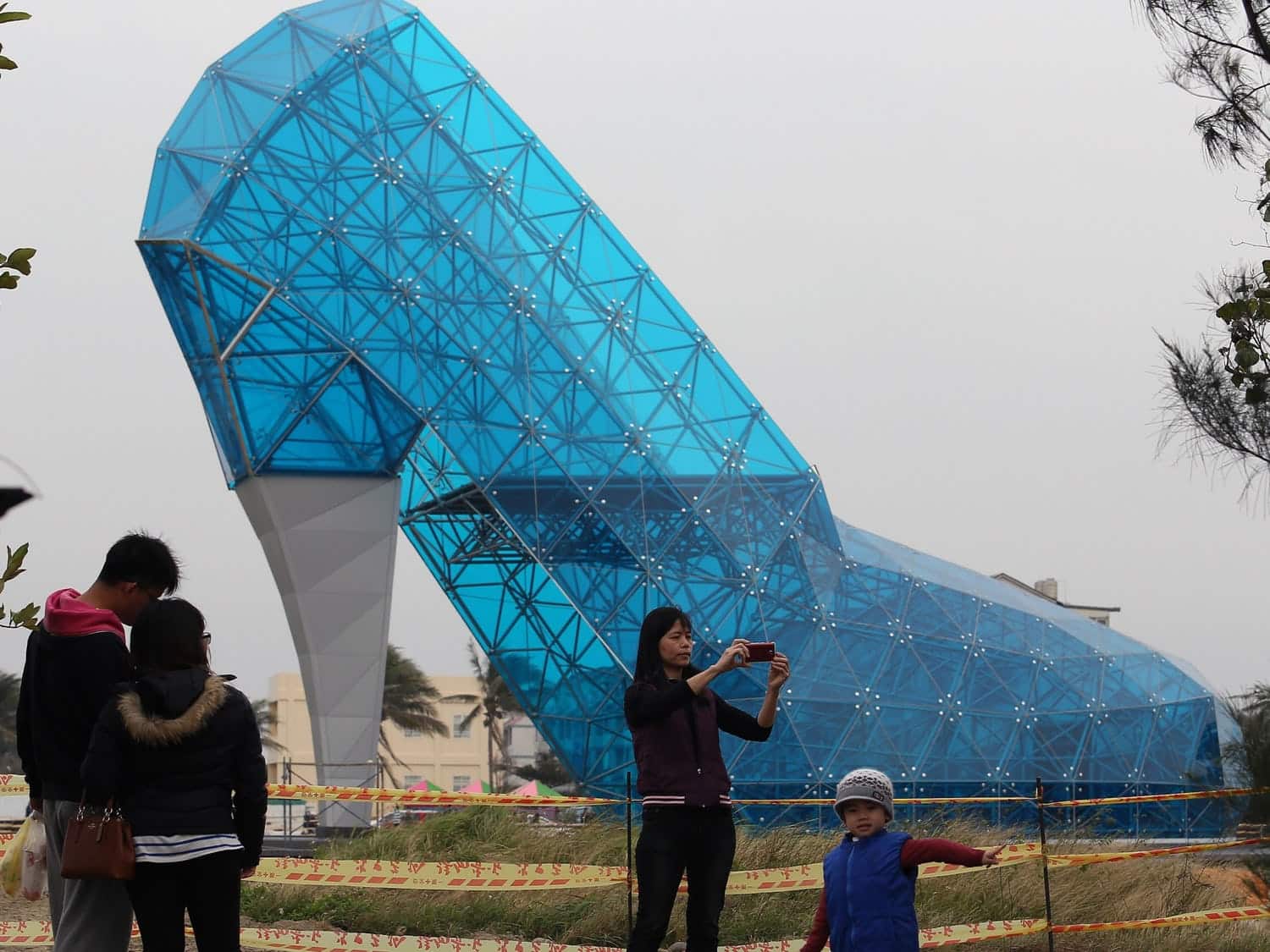 You read that correctly, this is a church in Taiwan. In an effort to get more female parishioners, the Taiwanese made the church look like – a high heel? Just as you’d expect, this sexist attempt of making religion more attractive to women didn’t turn out too well, and now it’s just an awkward tourist attraction.

BUT WAIT! Check out another 10 BONUS Slides By Clicking NEXT. 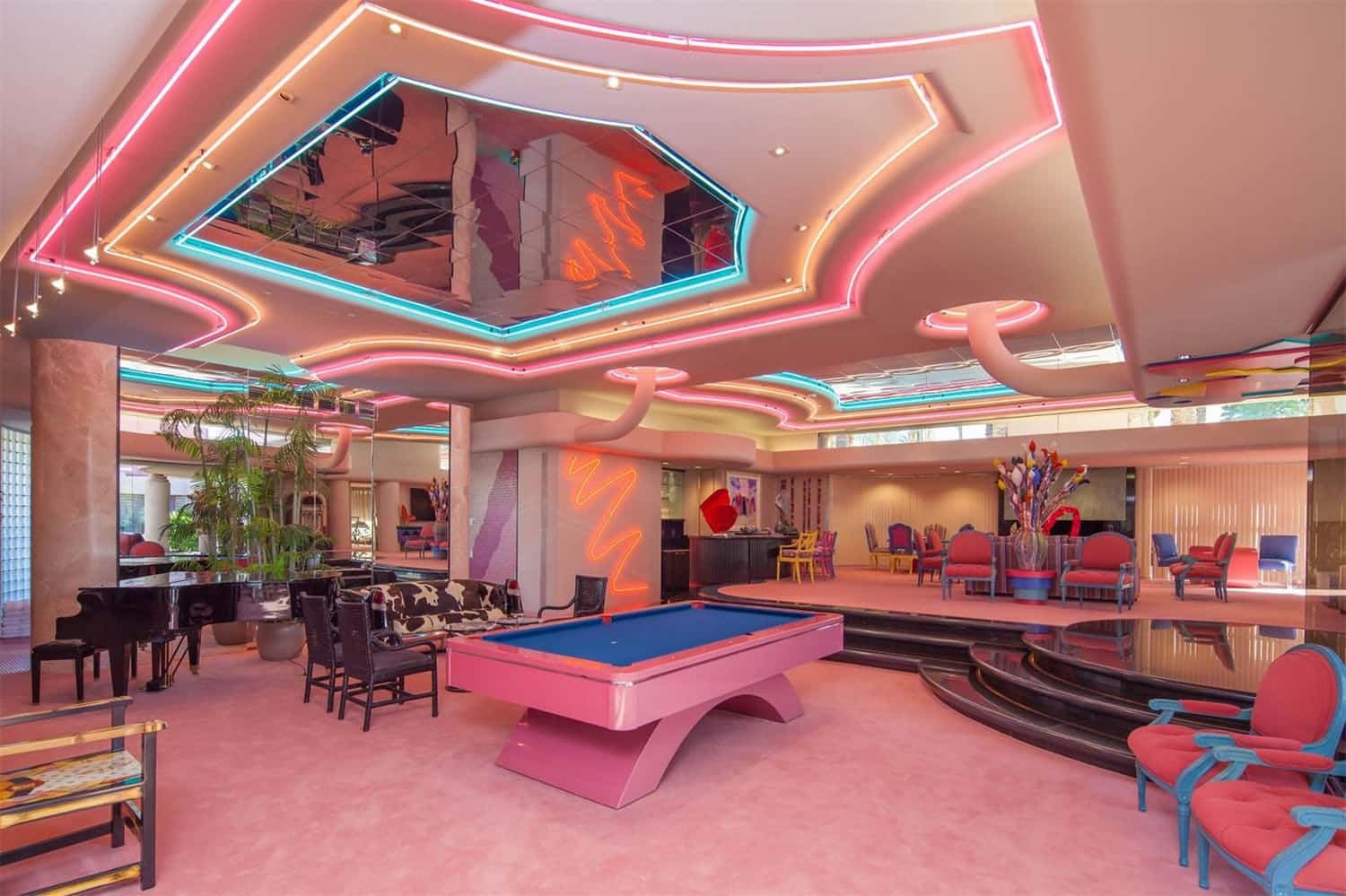 No, you’re not looking at a cheesy 80s nightclub. This is not a GTA: Vice City mod either. It’s a real house in Indian Wells, California that is up for sale for 11 milion dollars. We’re not sure why anyone would buy this, unless you’re a Barbie doll turned human. But don’t expect a Ken to wanna move in with you. 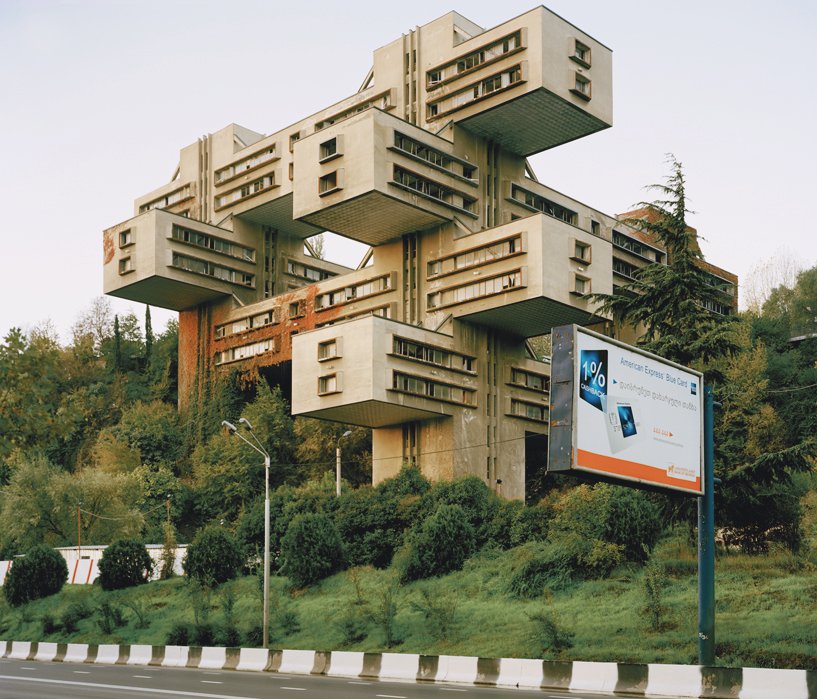 This ridiculous remnant of communist rule was part of Georgia’s Ministry Of Road Construction. It was built like this to make sure it interferes with the natural enviroment as little as possible. That’s the official story, but it looks more like a crazy architect’s last project (if you know what I mean). 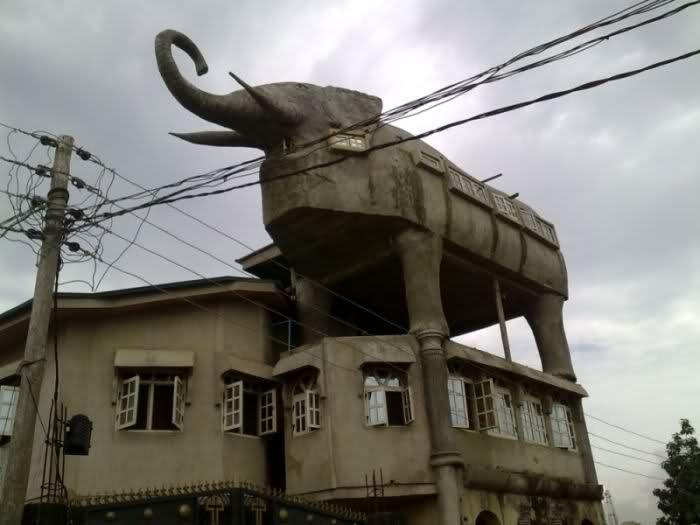 As if the house wasn’t ugly enough, they added an elephant construction on top that looks like a Trojan Horse. There is no reason for doing this, apart from bad taste and trying to p*** of the entire neighbourhood. 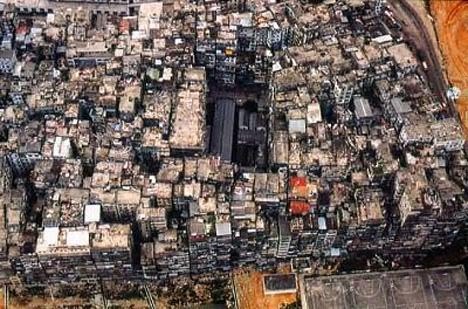 This is as close to a human beehive as it gets. This cluster of buildings contained over 60 000 people at one point, but it has been demolished due to it’s structural issues and the fact that people were opting out of living there. Good for them, because it looks like h*** on Earth. 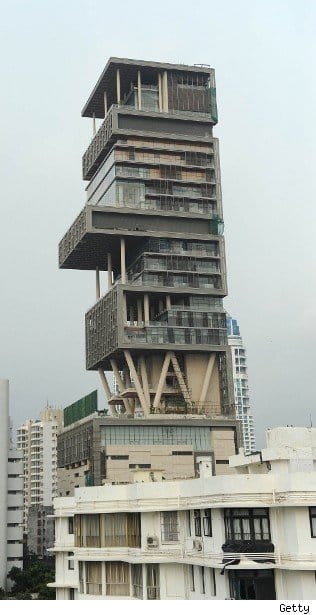 Believe it or not, this ugly building/house/tower is a private residence of a bilionaire family and it’s one of the most expensive houses in the world. The family has over 600 staff members working inside, and begging the heavens for it not to collapse on their heads at any given moment. 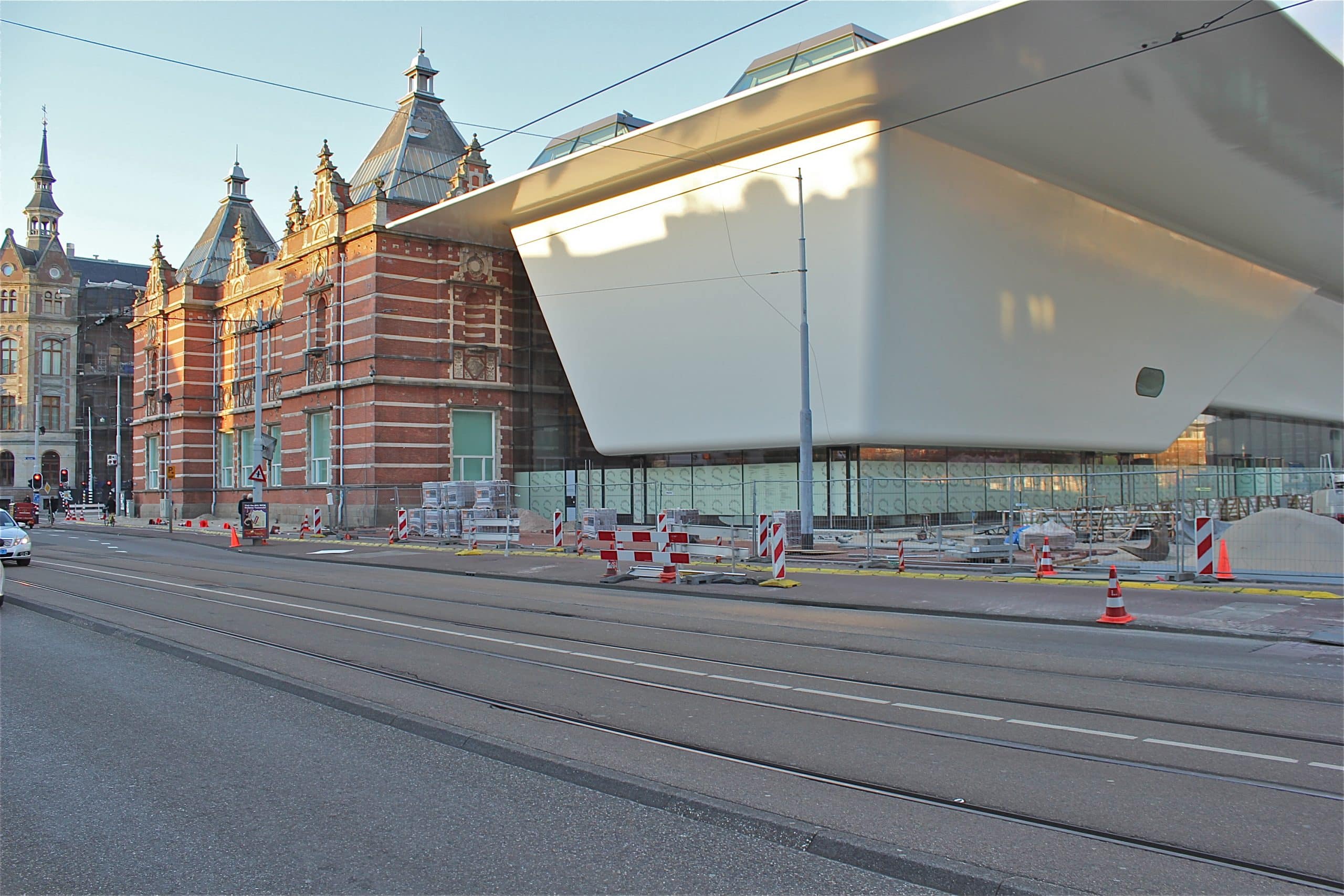 This is a new wing of the prestigious Museum, and it looks like a.. bathtub. It’s construction cost over 159 milion dollars, and we can only shake our heads in disbelief. Seriously, why ruin a decently looking building with a giant bathtub that you can’t even use properly? But hey, the zipper building you’re about to see is even more horrendous. 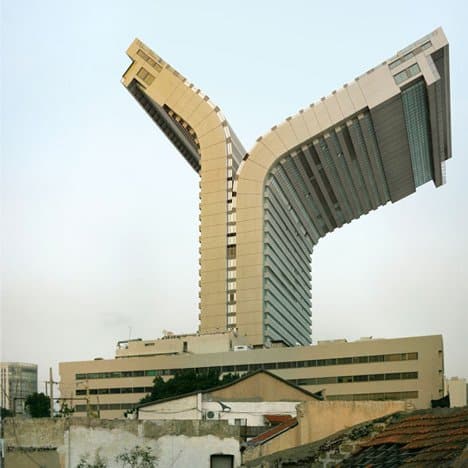 I’ll admit, this building is cool in a way. But I’m just a random person on the Internet, not a resident of that building. This building belongs to a horror section of an amusement park for the sheer anxiety that living on an upper floor would cause. 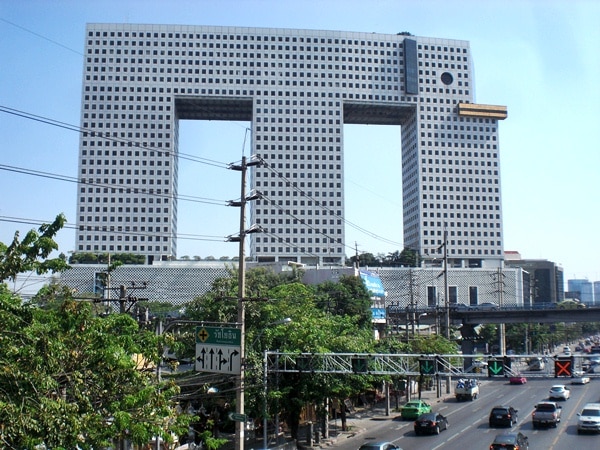 This huge building is located in Bangkok, Thailand. It was supposed to be a great tribute for elephants, but it looks like a really ugly corporate building with zero charm. It can be seen from all parts of Bangkok and trust me, it’s not a pretty sight to behold.

2. Slightly To The Left 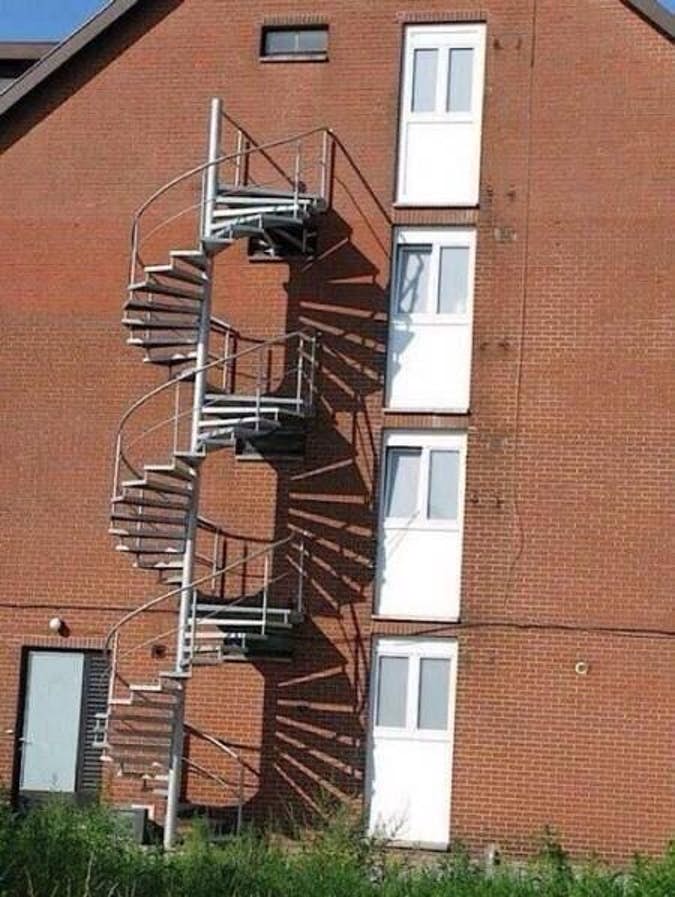 This is something that can easily happen in a game of Sims. But how did the builders not figure out that the stairs are not matching the doors? Maybe you’re supposed to showcase your jumping skills. Imagine a granny giving her best to reach the highest entrance.. actually.. better not.. 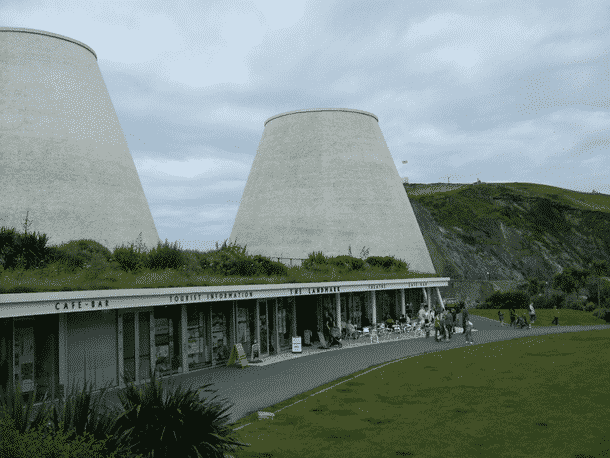 This is not a factory, and no, those towers are not puffing black, cancerogenic clouds of smoke into the atmosphere. This is an actual theater, and the towers are there as a “decoration”. Or perhaps they are defensive cannons and we’ve been fooled? Either way, it’s a big NO from me.