The existence of drones with mounted video and photography are opening up new ways to explore the local terrain. That’s what happened one day when a man was watching footage of what expected to be a serene lake. The ripples open a hole so large that it left him gasping for breath at what it meant.

Evan Kilkus was an expert photographer who loved using his drone footage to make videos. But the day he captured an unexpected anomaly on a lake completely changed the way he felt about a place he had visited hundreds of times. 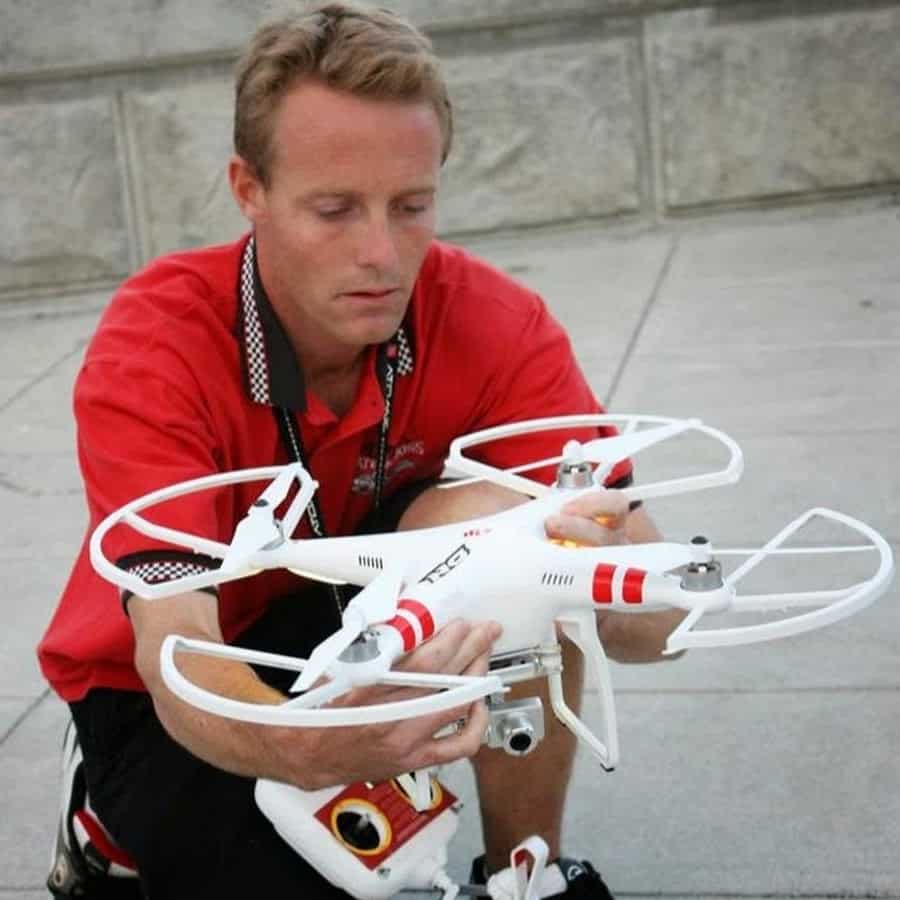 Evan is a popular YouTuber with over 37,000 subscribers and over 26 million views. His skillful use of technology and photography is augmented with his knowledge of the natural world and his love of adventures. The San Francisco native always captures spectacular aerial views of his experiences. 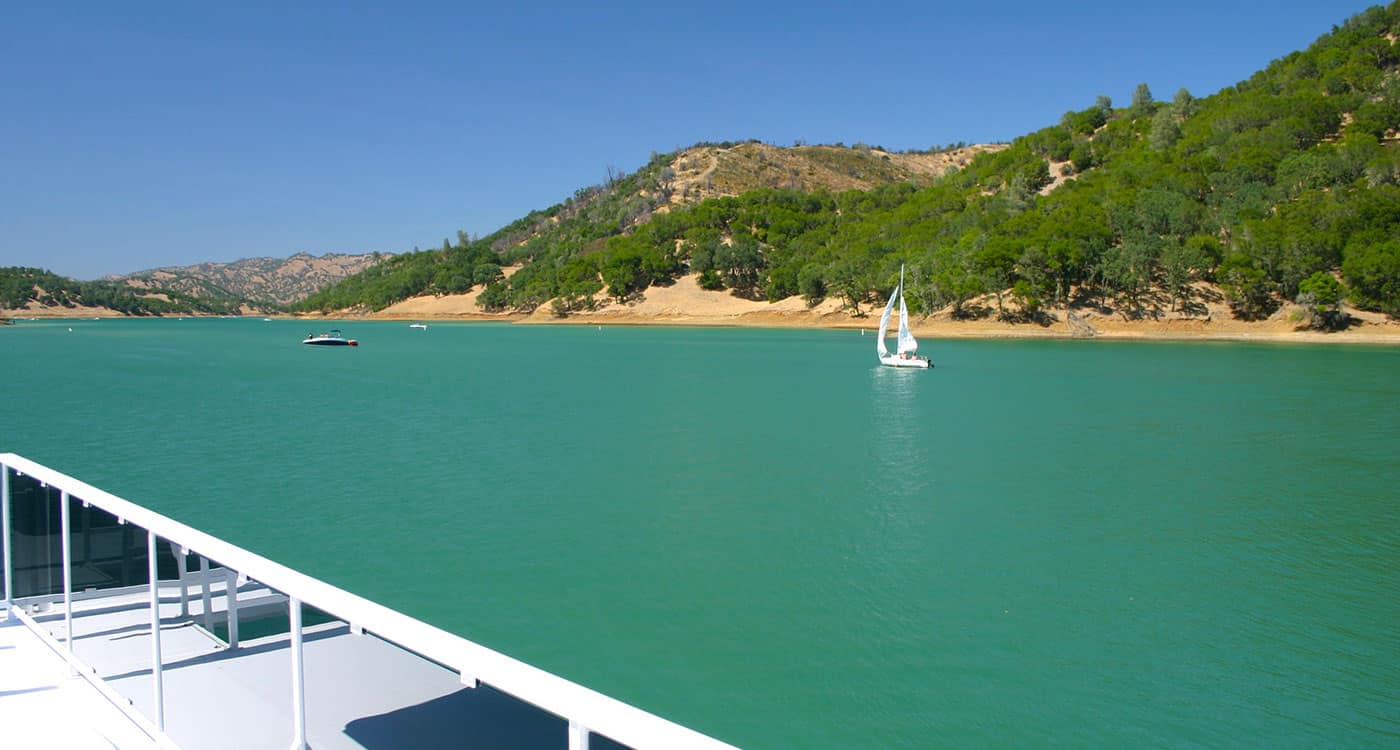 There is one spot in his local area that he loves more than anywhere else. A man-made body of water known as Lake Berryessa. It is high up in the Vaca Mountains and it is enormous – over 32 square miles. It is also 275 feet deep at its deepest point. 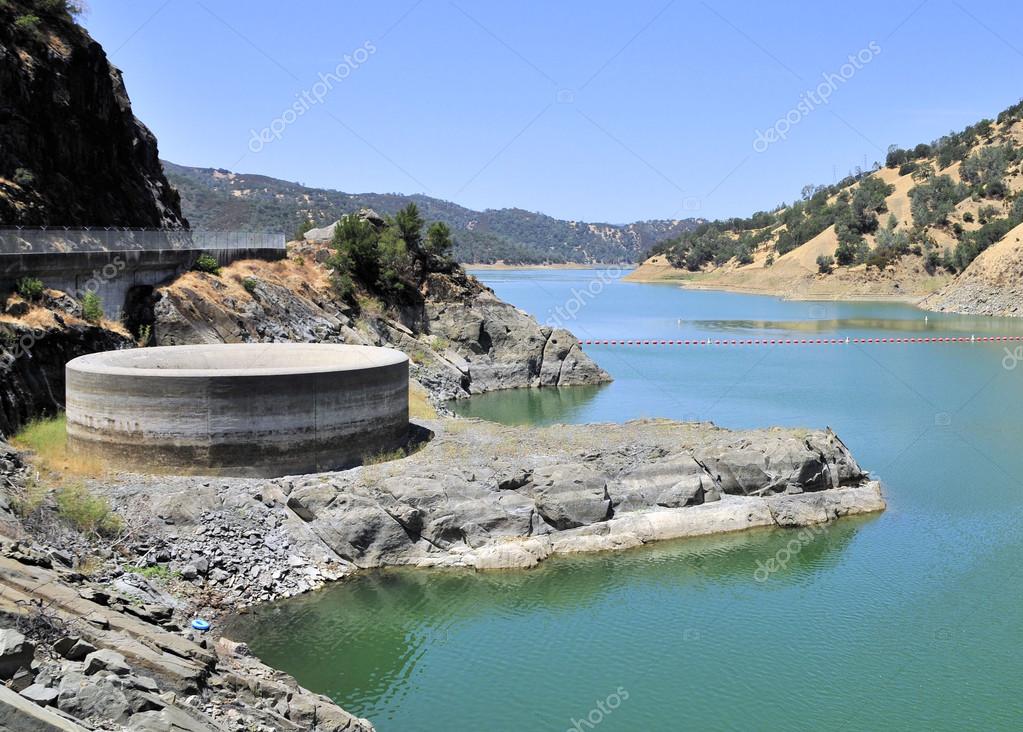 The lake was created when Monticello Dam was built in the 1950’s. The enormous dam creates hydroelectricity and provides plenty of fresh water for the North Bay. To residence of the area, all of this is commonplace. However, there is one thing most people do not know, and Evan was about to stumble upon it. 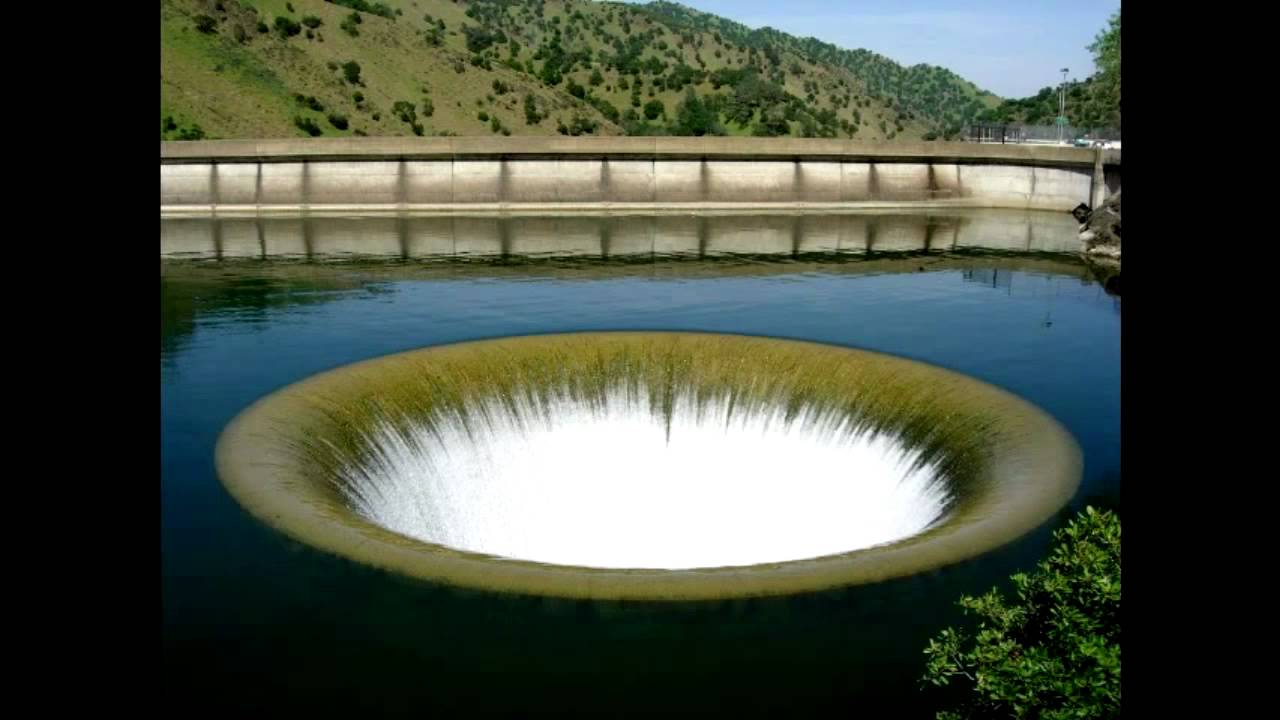 One day Evan was flying his drone over the lake when he saw something that he thought was a mistake. His drone captured something that made no sense: it was a giant, sucking hole in the lake! This left Evan perplexed. 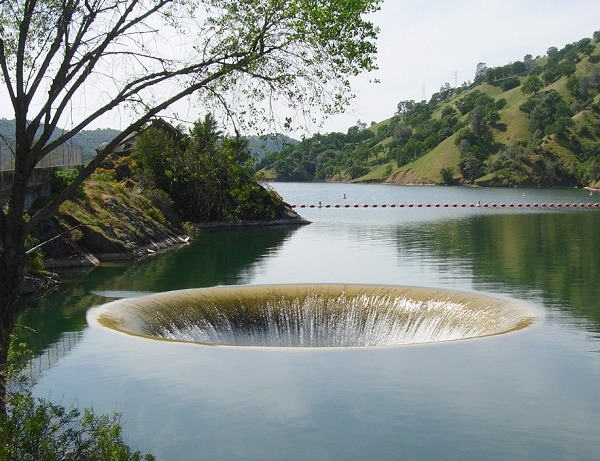 Evan worked at a water sports rental shop, so he figured his knowledge of the lake was as complete as any human could get – but this, this was extremely strange. It looked like the lake was literally draining through the hole. 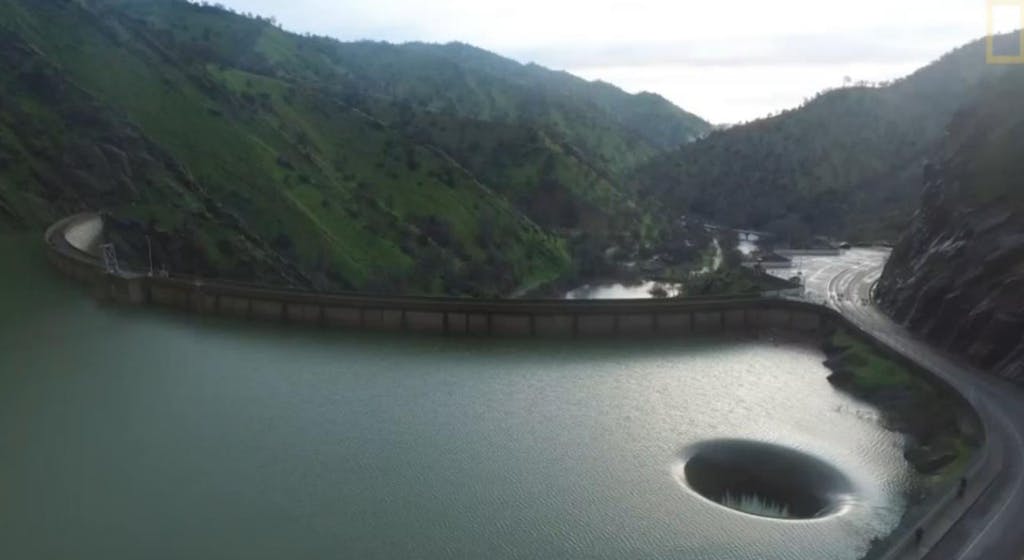 It even appeared to have water spilling over the sides of a giant sink. Evan knew that this defied the laws of physics. The area had long been in the grips of a drought that had only officially ended after 10 long years.

Evan knew he had to go back to the lake to take a closer look. Evan flew the drone in the same area where he witnessed the hole. But as the drone hovered over the area, the drone started to malfunction. The controls seemed to be emitting a distress signal. What the heck was going on? 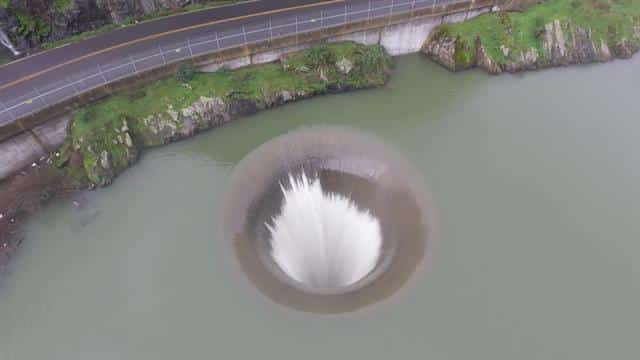 Evan flew the drone back to check out what was going wrong. Could there be a force field of some kind pushing the drone out of the way? After some research, Evan was still confused. There was almost no information that could help. Then he discovered something terrifying. 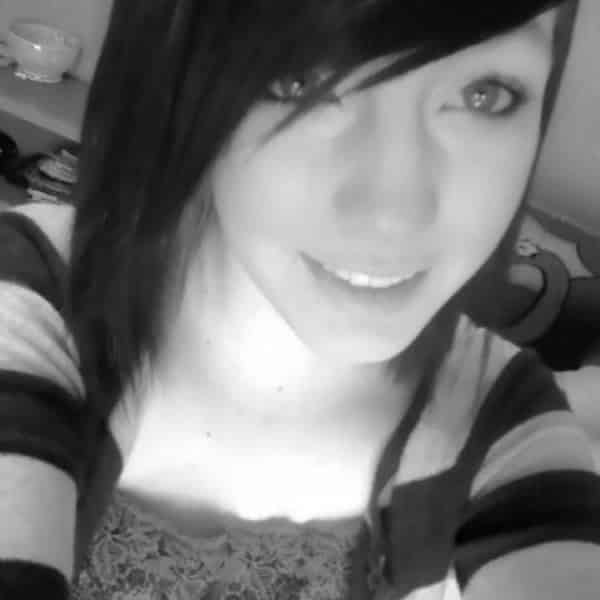 A woman named Emily Schwalek was once swimming in the lake when she experienced a sudden vortex, pulling her into just the same kind of vortex the drone had captured. That happened in 1997, and Emily drowned. 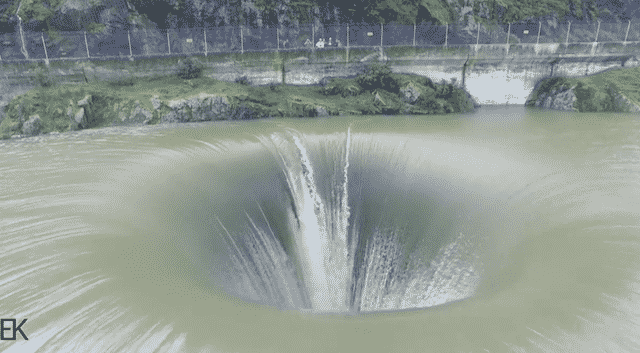 This sinister discovery made Evan even more determined to solve the mystery. He again went back to Lake Berryessa. His calculations showed that the hole was 72 feet in diameter. The drone would be no help so he couldn’t get a good look that way. He didn’t know how deep the hole went. 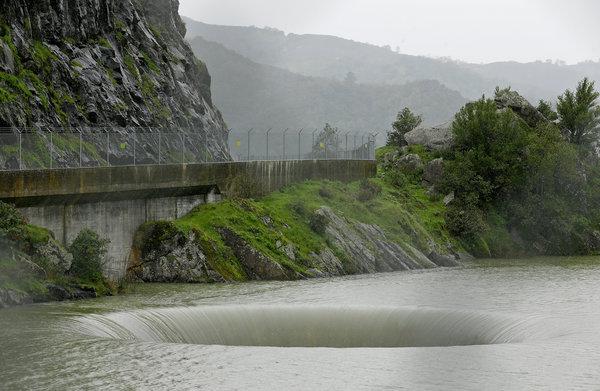 The local community soon learned about Evan’s discovery, and they pitched in to examine the area. One day 15 drones were out, all trying to capture what was going on. According to Kevin King, an operations manager for the county’s water facilities said, “It [was] really dramatic to watch.”

3. Word Got Back to the Engineers 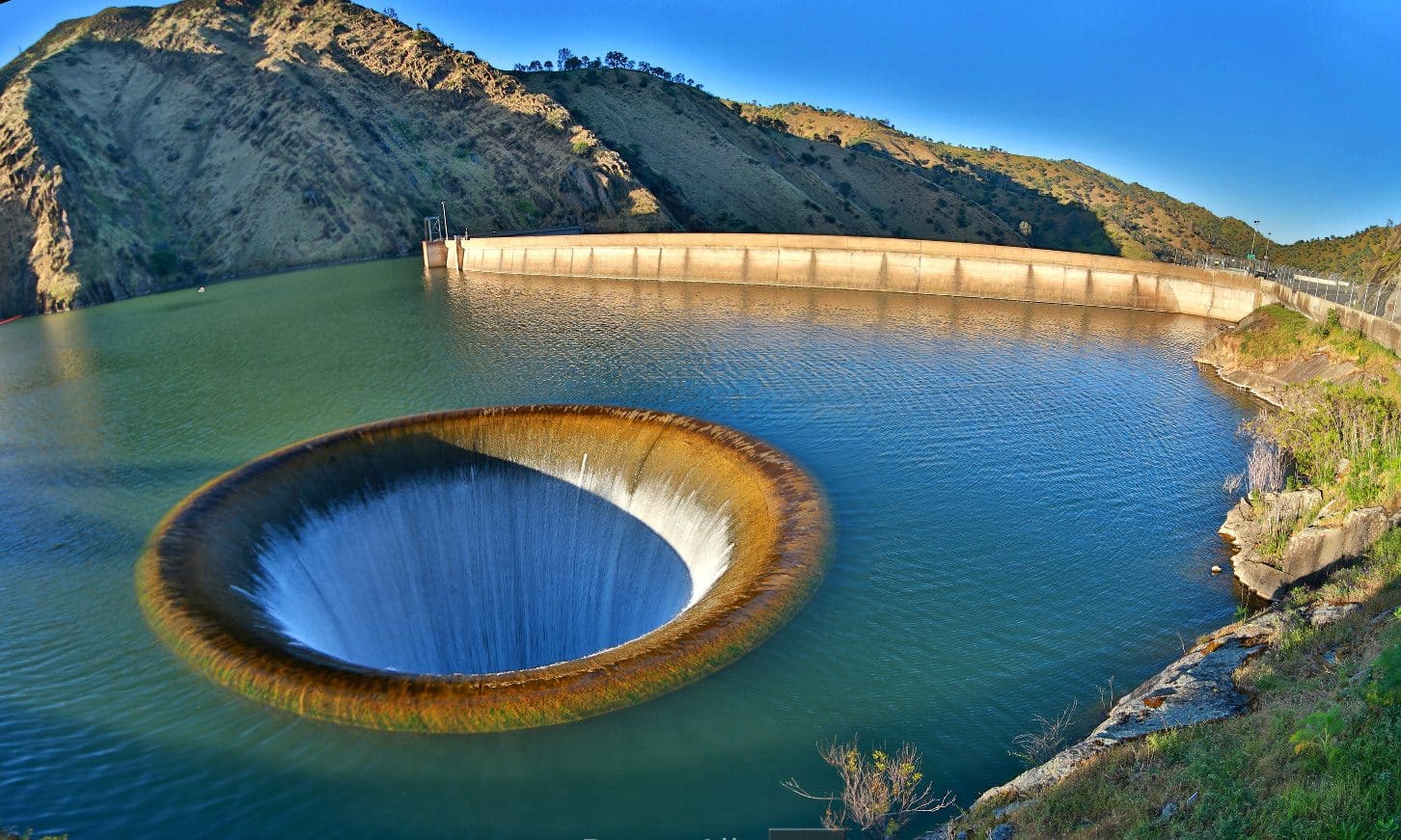 This activity couldn’t go on without engineers and authorities who were associated with the dam hearing about it. They decided they had to speak up. The hole was actually a spillway that connected to the dam. Because of the drought, water had not been able to reach the hole that was supposed to keep the floodwaters back. But now everything had changed. 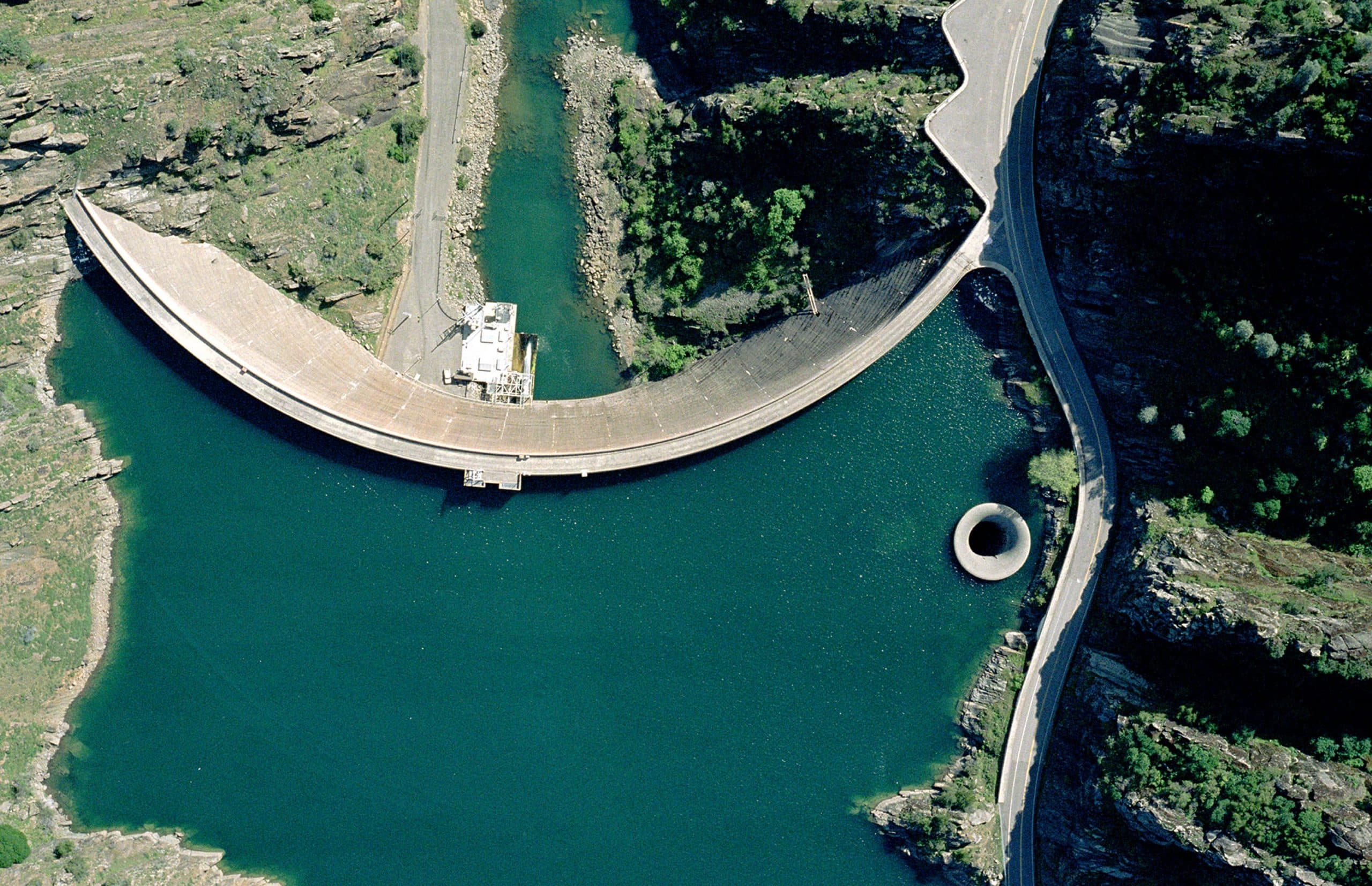 The lake level was higher because of rainier conditions. The excess water therefore has to plummet around 200 feet down, into a drainage river. This meant that they could convert water and electricity to everyone who needed it. But as this picture shows, when the water was lower, the entire drain is visible. When water is higher, the drain disappears but you can see it work.

Here is the surrounding valley and the water that is harnessed for it. 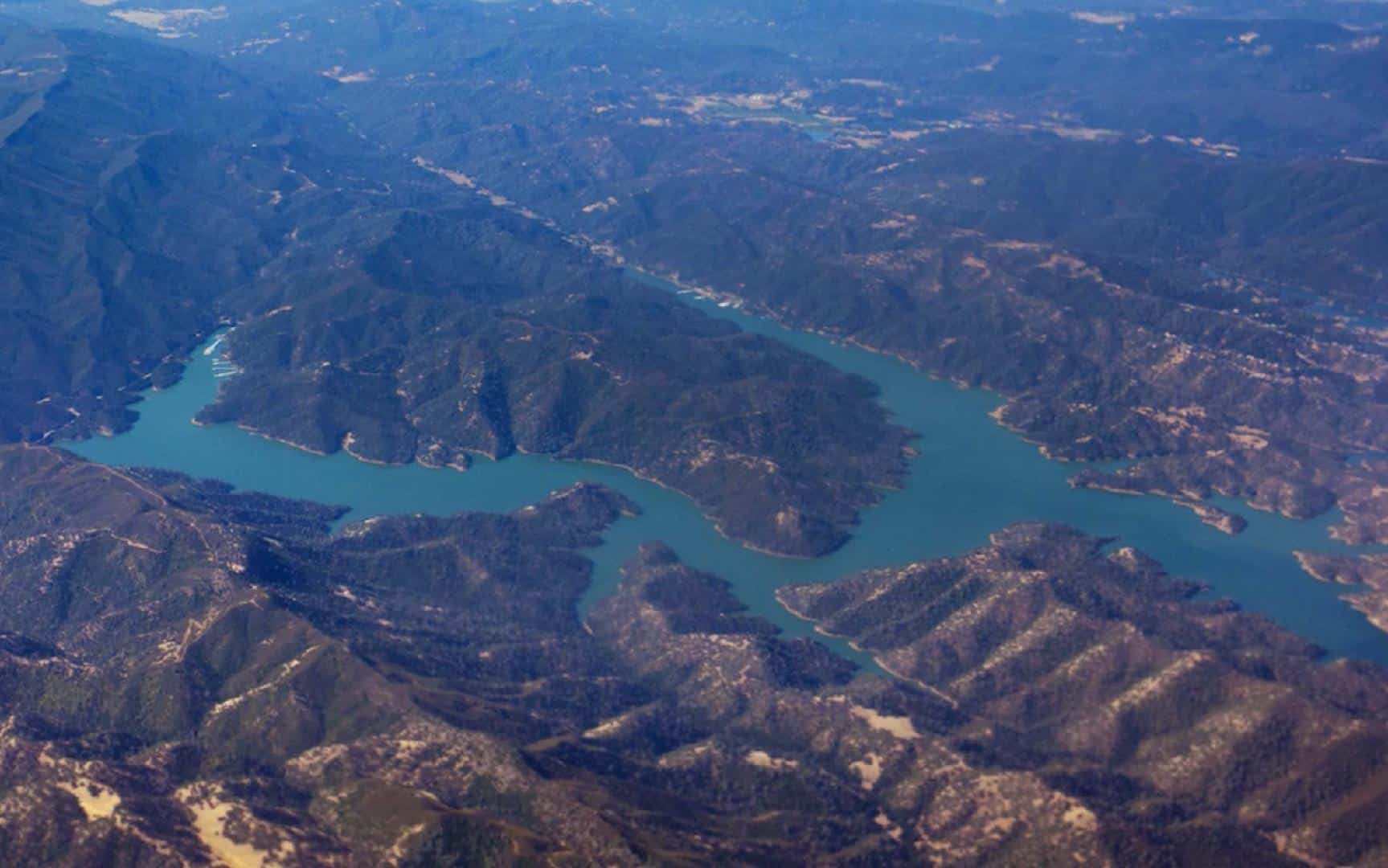 The mystery actually drew more attention to the area and raised awareness about the dam and hydroelectric power. It turns out that this was not a Stranger Things-level conspiracy. Although someone had once lost her life, the hole was designed to help, not hurt. That was something Evan could feel good about.