Twin Sister’s Teeth Were Melting Away And No Dentist Could Explain Why, 10 Years Later They Make A Shocking Discovery

Identical twins Kimberly and Nicole have gone through life side-by-side. The two of them do everything together and they were truly each other’s best friend. However, recently, one of the twin’s began to suffer with a medical ailment that nobody could diagnosis. That’s when the twins began to get proactive in finding out what the problem was. It took 10 years, but now they know exactly what the issue is and you’ll be just as stunned as they were when you find out. 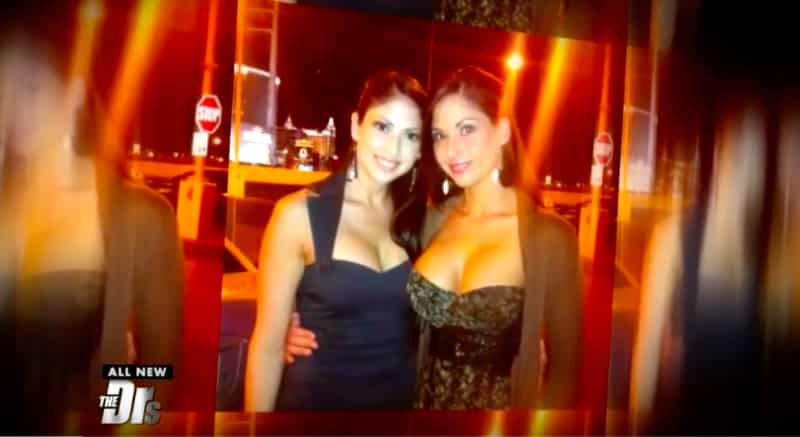 Identical twins Kimberly and Nicole have spent their entire lives side-by-side. The two of them grew up always spending time together and would often play tricks on their parents by pretending to be one another. They absolutely loved being twins. 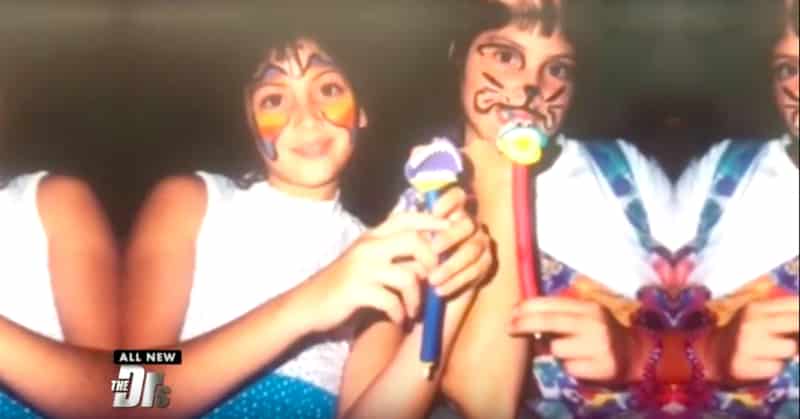 For the longest time no one could tell the difference between the twins. That is why they would always have so much fun pranking their parents and their friends. However, one day all of that changed when something began to happen to Nicole. 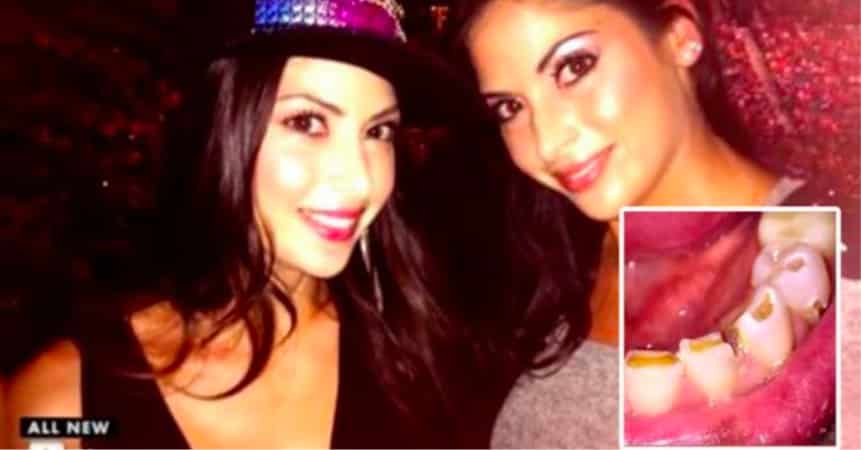 Things started to drastically change, however, when Nicole began to have some very serious dental problems. It was ten years ago when Nicole walked into the dentist’s office complaining of pain in her mouth. When the dentist took a look inside he was absolutely shocked by what he saw. 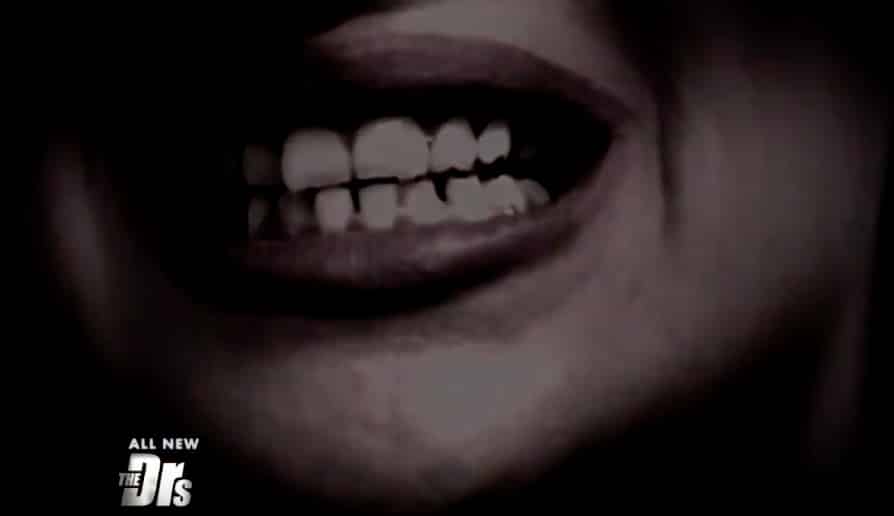 As Nicole sat in the dentist’s chair, the dentist began to look over her teeth. He was shocked when he saw that her teeth were slowly disintegrating. They were filled with holes and a ton of other problems. 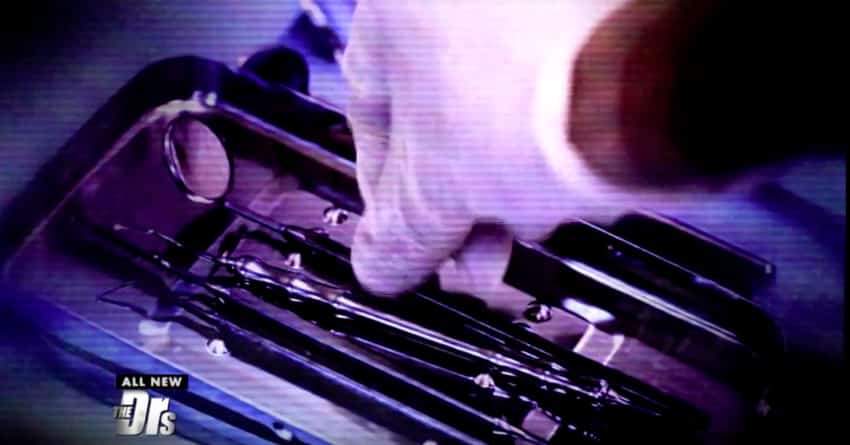 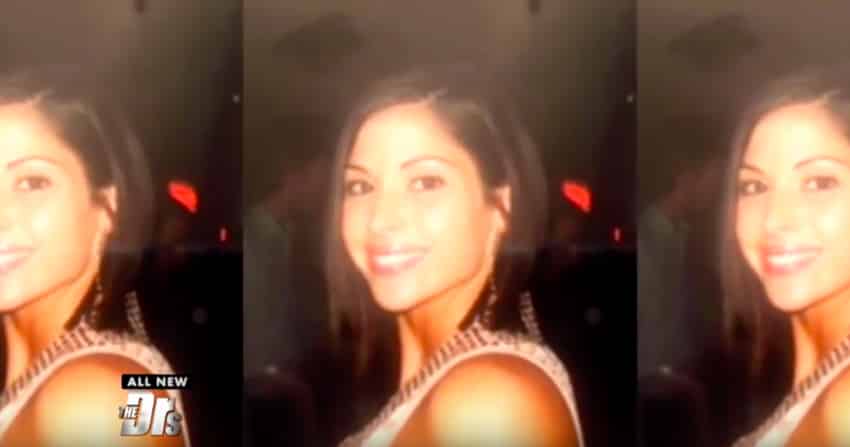 Throughout the next ten years, Nicole’s smile would begin to slowly melt away. Soon enough, she began to stop smiling in photos because of how bad her teeth looked. “Nicole’s smile has vanished,” Kimberly explained. “It was—it was really awful.” 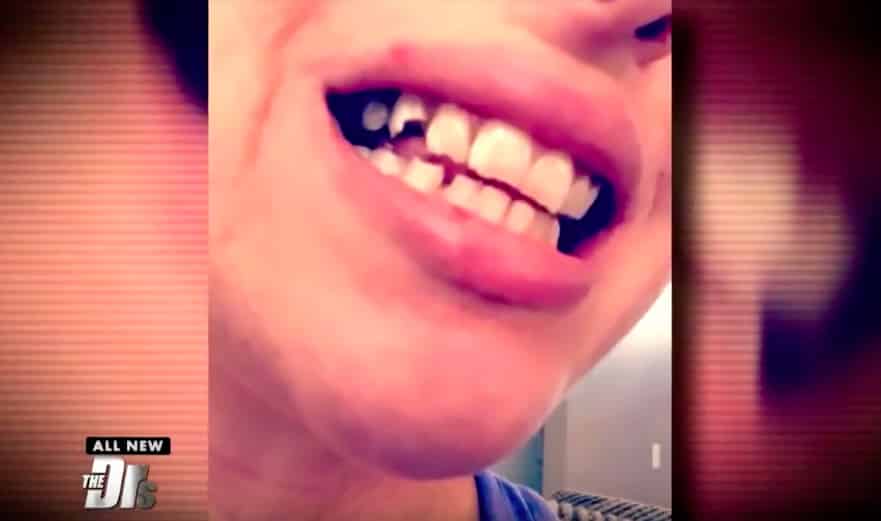 Throughout the years, Nicole’s dentist would tell her time and time again that her teeth needed work. Her mouth was filled with teeth that had exposed nerves, root canals, chipped teeth, and some of her teeth were missing completely. However, the dentist had no idea what the root of the problem was. 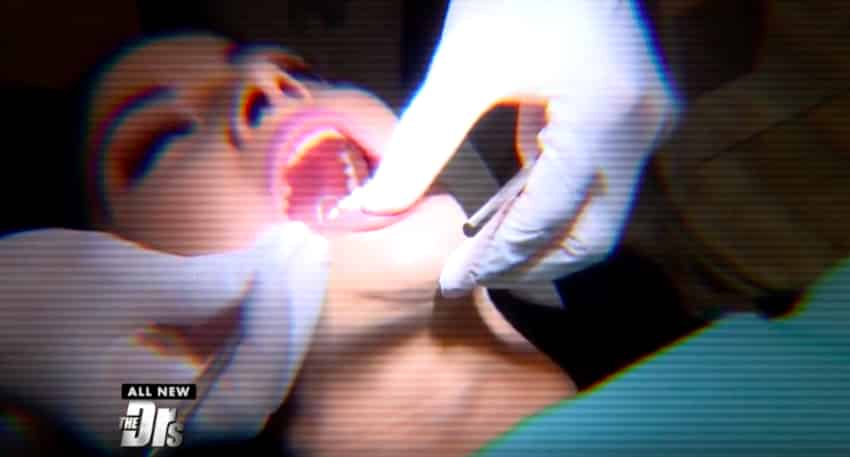 So Nicole decided to go see different dentists to see if they could figure out what the problem is. However, every time she went to a new dentist they gave her varying answers. Some guessed that it was a fluoride deficiency and still another said it was a really bad reaction to whitening strips. 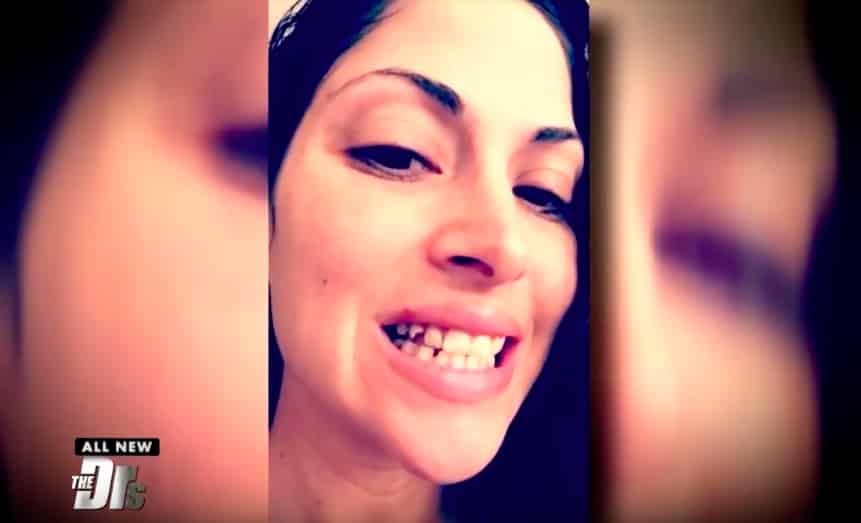 For the next 10 years, Nicole went to dentist after dentist trying to get an answer. “I have seen so many different dentists, and they have no idea what it is,” Nicole said. Nicole was growing more and more depserate and it broke Kimberly’s heart to see her sister struggling so much. 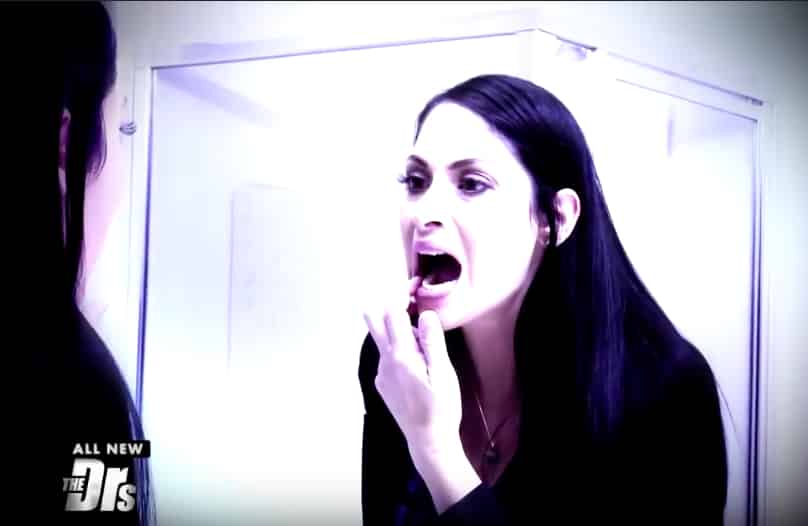 Day after day, year after year, Nicole’s smile only got worse. “She’s definitely living a nightmare,” Kimberly said. That’s when the two of them managed to get on a show called The Doctors so that they could finally get an answer to what was going on with Nicole’s teeth. 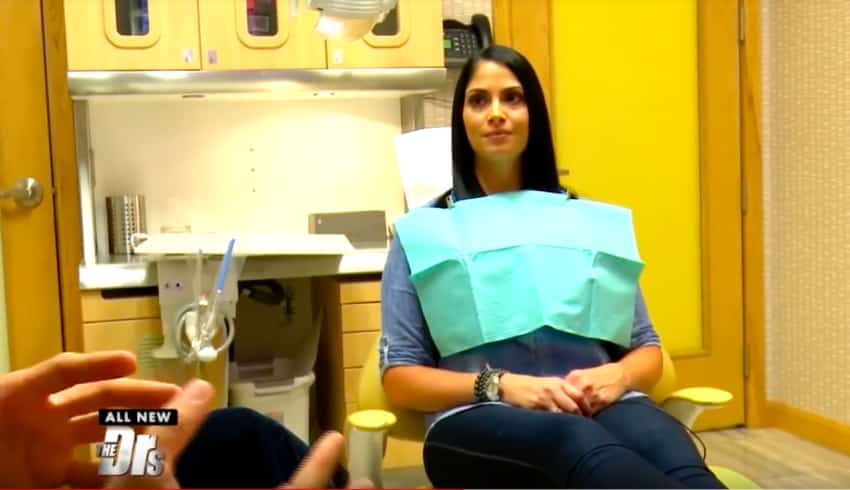 The Doctors sent the twins over to see top Las Vegas cosmetic dentist Joseph Willardsen, DDS for a thorough dental evaluation. Nicole’s mouth and teeth were fully examined by cosmetic dentist Dr. Joe Willardsen and internist Dr. Ehsan Ali. The girls were then brought onto the show to go over what the doctors discovered. 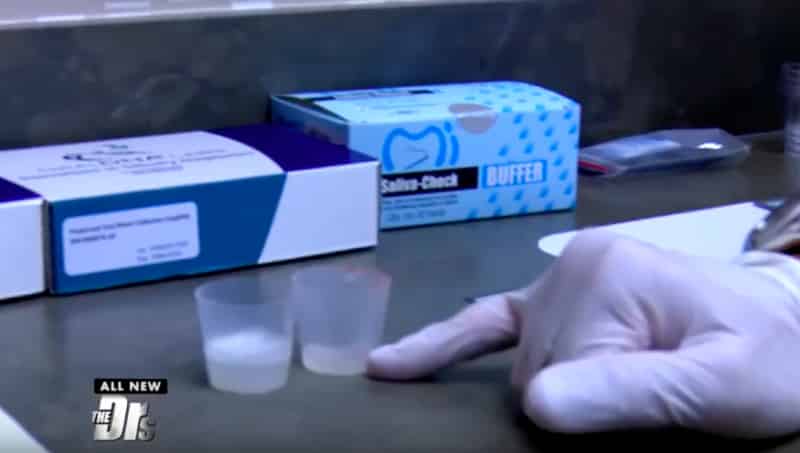 After one week of reviewing the test results, the doctors had some news to share with the twins. So the twins were brought on stage during the show. The doctors told the twins the good news: they had finally discovered what the problem was! 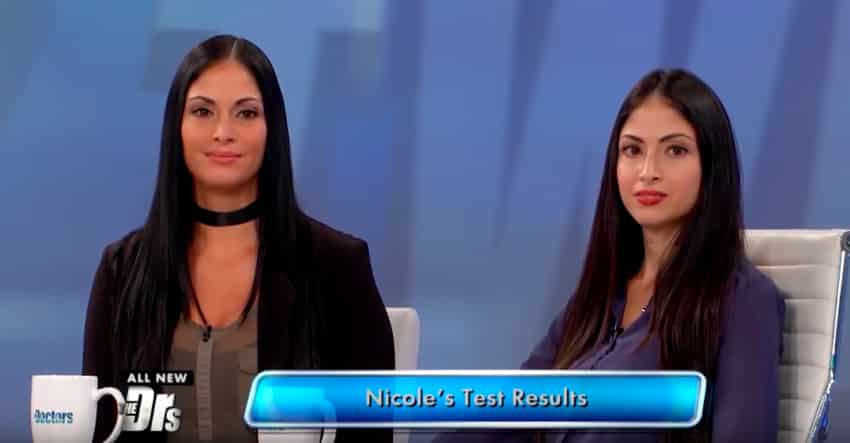 Kimberly and Nicole both sat anxiously on the stage as they awaited the news. Finally, the two doctors revealed that Nicole had Sjogren’s syndrome. The two women stared at the doctors in confusion as neither one of them had heard of this syndrome before. 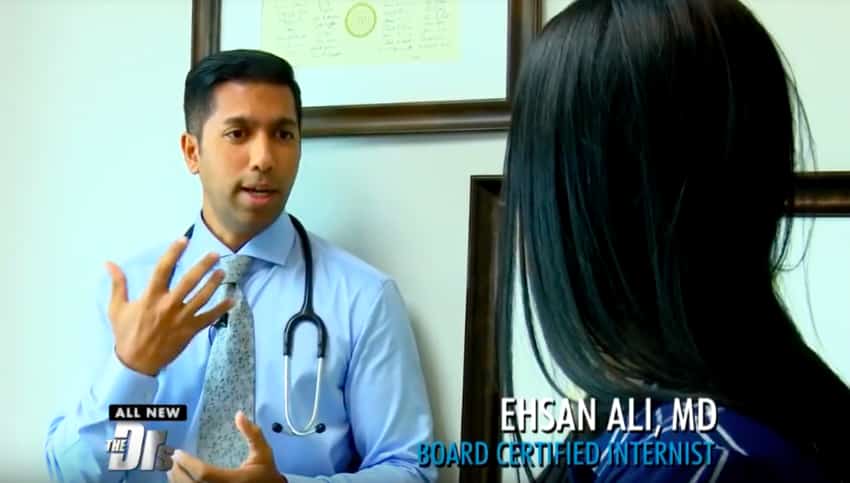 So what exactly is Sjogren’s syndrome? Well, according to the doctors, it is an immune system disorder where the body cannot produce enough fluids in the mouth and eyes. It seems that the problem was specifically impacting her teeth, however. 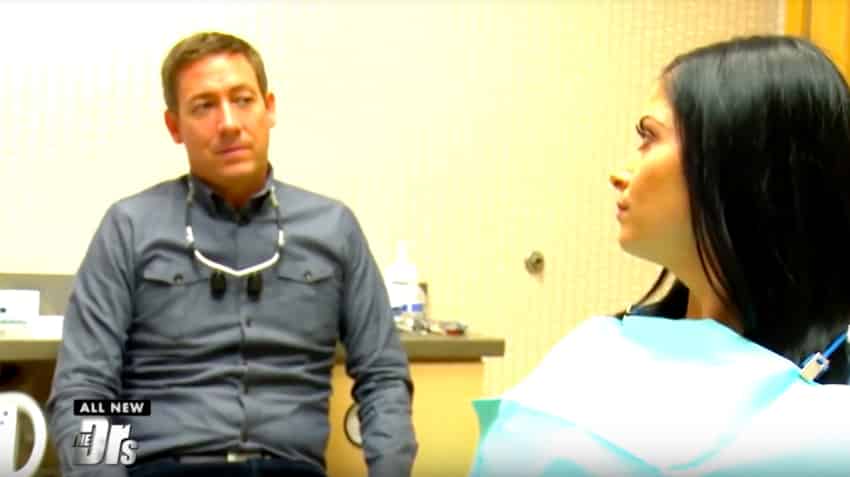 It seems that Nicole’s body has a tough time producing both saliva and tears. Since her body wasn’t producing enough saliva, it was causing her teeth to rot. However, the biggest question on both Nicole and Kimberly’s mind was if the condition was curable. 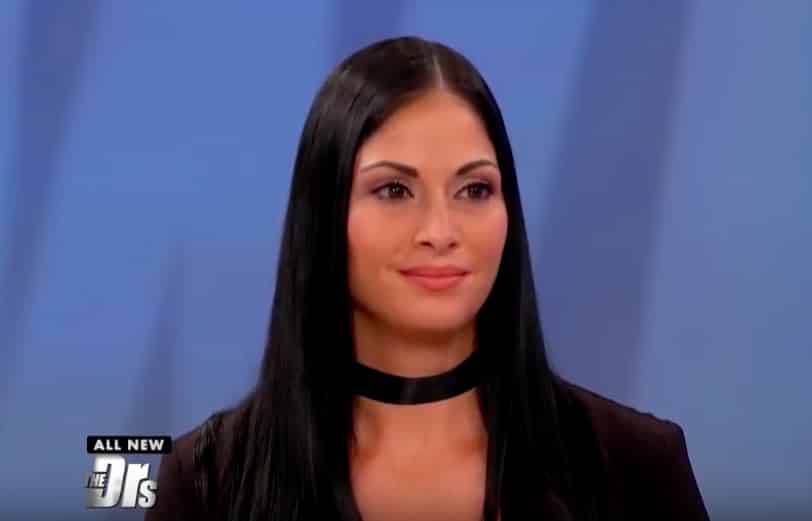 The doctors then reassured Nicole that the condition wasn’t fatal and that there was a way to fix it. There is medication that Nicole can take that will help her to produce the right amount of saliva to keep her teeth in tact. However, that wasn’t the only good news she received! 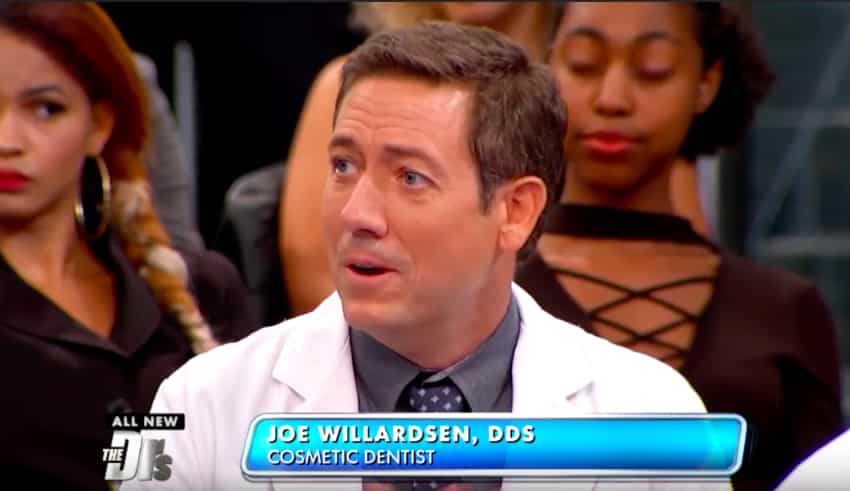 Nicole was already so thrilled and relieved that the condition had finally been diagnosed and that there was an actual remedy for it. However, the good news just continued to come pouring out. In order to help correct the damage already done, Dr. Joe offered to fully reconstruct Nicole’s smile free of charge. 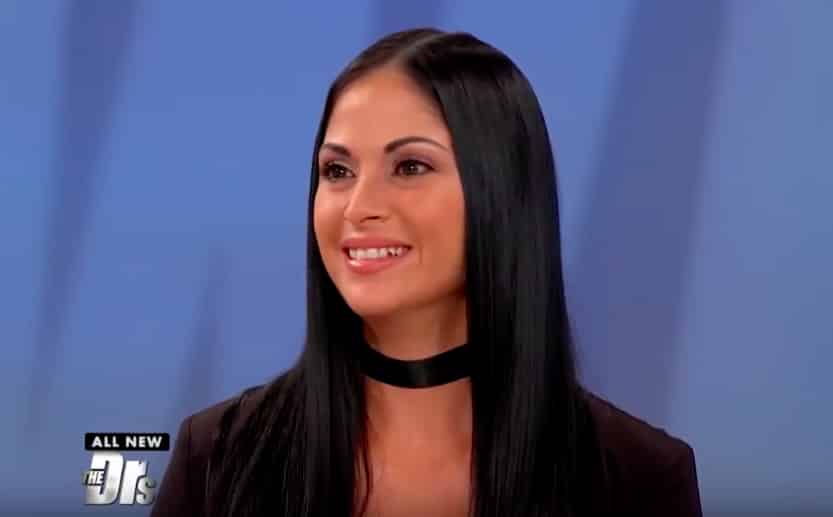 “Saliva fights off all the bacteria and is the mouth’s own defense mechanism,” Dr. Joe explained on the show. They also had Kimberly tested as well since the two of them are twins and share the same biological make-up. They also explained to the women that they should have other family members tested as well. 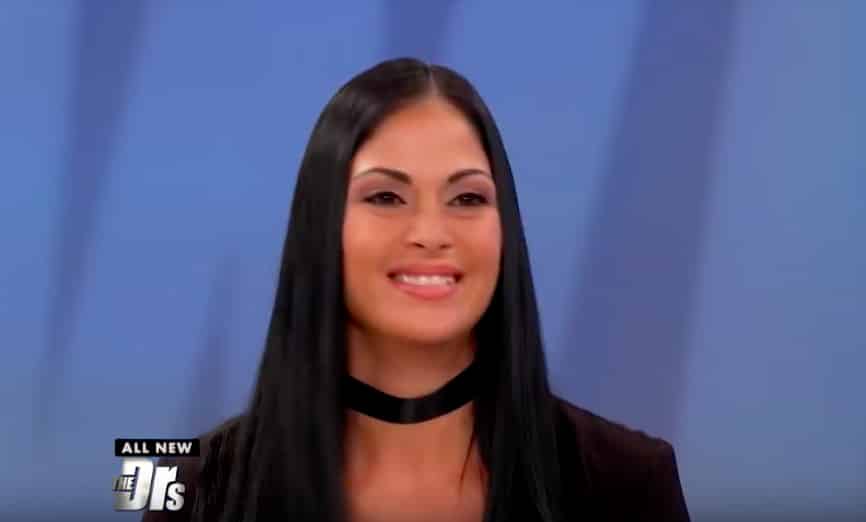 Nicole was so happy as she sat on stage and was told all of the news about her condition. Finally, after a decade of searching for answers she finally had one that made total sense. She was so thrilled that she would be getting treatment and getting her teeth fixed. 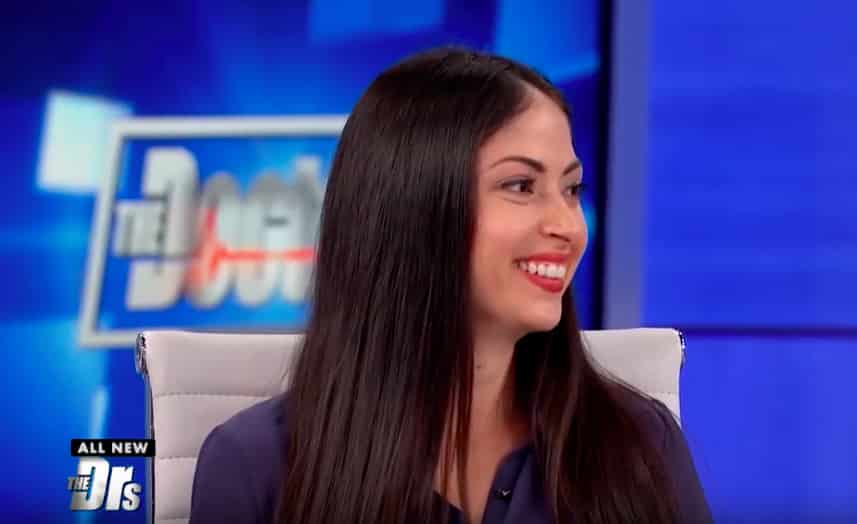 Finally, after years of watching her sister suffer, Kimberly was so relieved that Nicole could smile freely once again. Nicole was super relieved and grateful to The Doctors for finally figuring out what the issue was. It was a happy ending for everyone involved.