The Kardashian-Jenner family. Some love them, some hate them, and some love to hate them. Although the Kardashian and Jenner sisters are best known now for being married to Kanye West and having dalliances with famous NBA players, the sisters have a longer and more complicated dating history than most people remember. It all started when their mom, Kris Kardashian, divorce Robert Kardashian. Robert was one of OJ Simpson’s best friends and lawyers, and his children with Kris included Kim, Khloe, Kourtney, and Robert. Soon Kris married Bruce Jenner, who was then best-known as the winner of the decathlon in the 1976 Olympic Games. They would have two daughters, Kendall and Kylie. 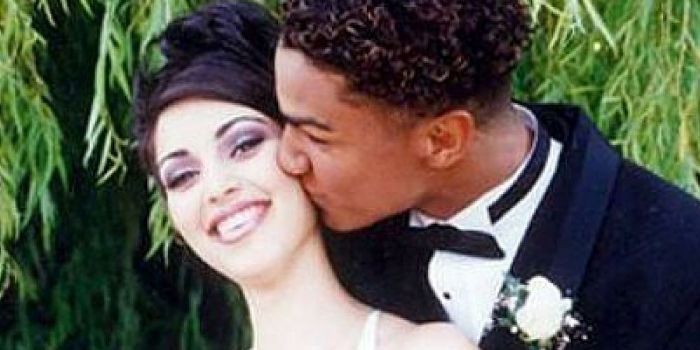 Fast-forward several years: Kim was a young friend of the nefarious Paris Hilton, a hotel heiress with a reality show. While still in high school, Kim sought out opportunities to date celebrity (and celebrity-adjacent) men. Her first love was T.J. Jackson, the youngest son of Tito Jackson. This grandson of Joe Jackson and nephew of Michael was in an R&B band known as 3T. He dated Kim from 1994 to 1996. His debut album with 3T dropped right in the middle of their relationship. 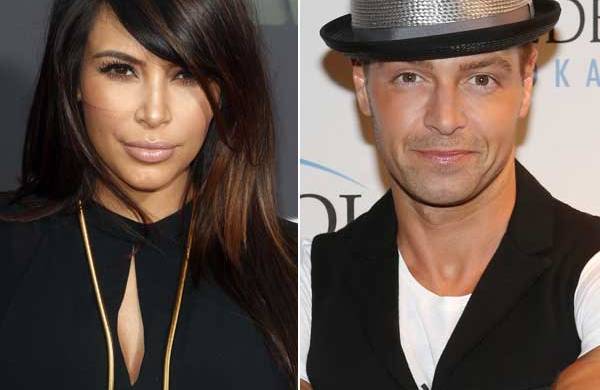 In 1999, when Kim was 18 years old, she went on a few dates with Joey Lawrence. At the time, Lawrence was recognizable as the sidekick from the TV show “Blossom.” Lawrence also had a pop song hit #6 on the Hot 100 charts in 1993. The pair didn’t really hit it off and Lawrence returned to television a few years later with his own reality show, “Melissa and Joey.” 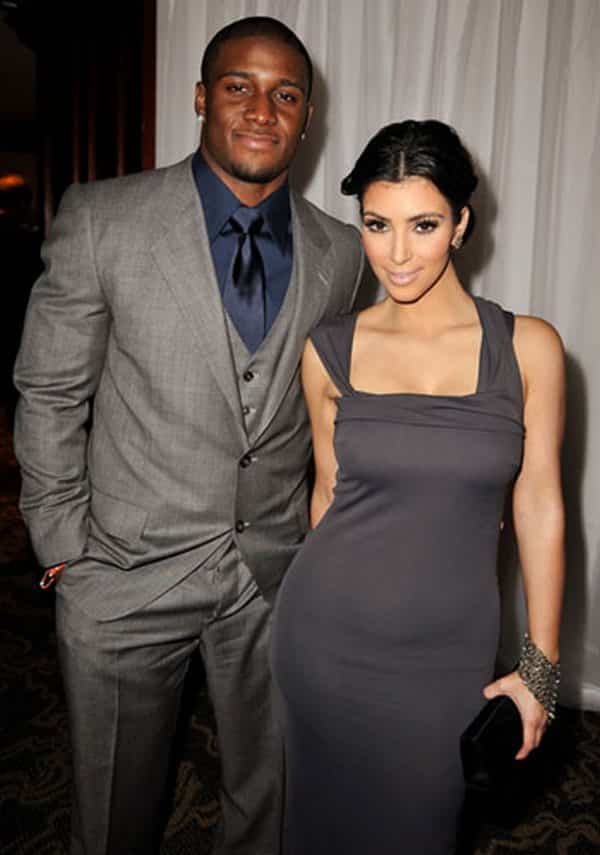 In 2000, Kim married record producer Damon Thomas. She was just 19 years old and working as a sales clerk at a shop called Body. However, Thomas made her quit the job and quickly revealed himself as an abusive and controlling husband. According to court records, Thomas punched Kim in the face, threw her against walls and across the room. Court filings during their divorce said he gave her money for liposuction because he was obsessed with her being perfect. Kim’s divorce filing also alleged that he forced her to quit jobs and college and cut her off from friends and family. The couple divorced three years later. 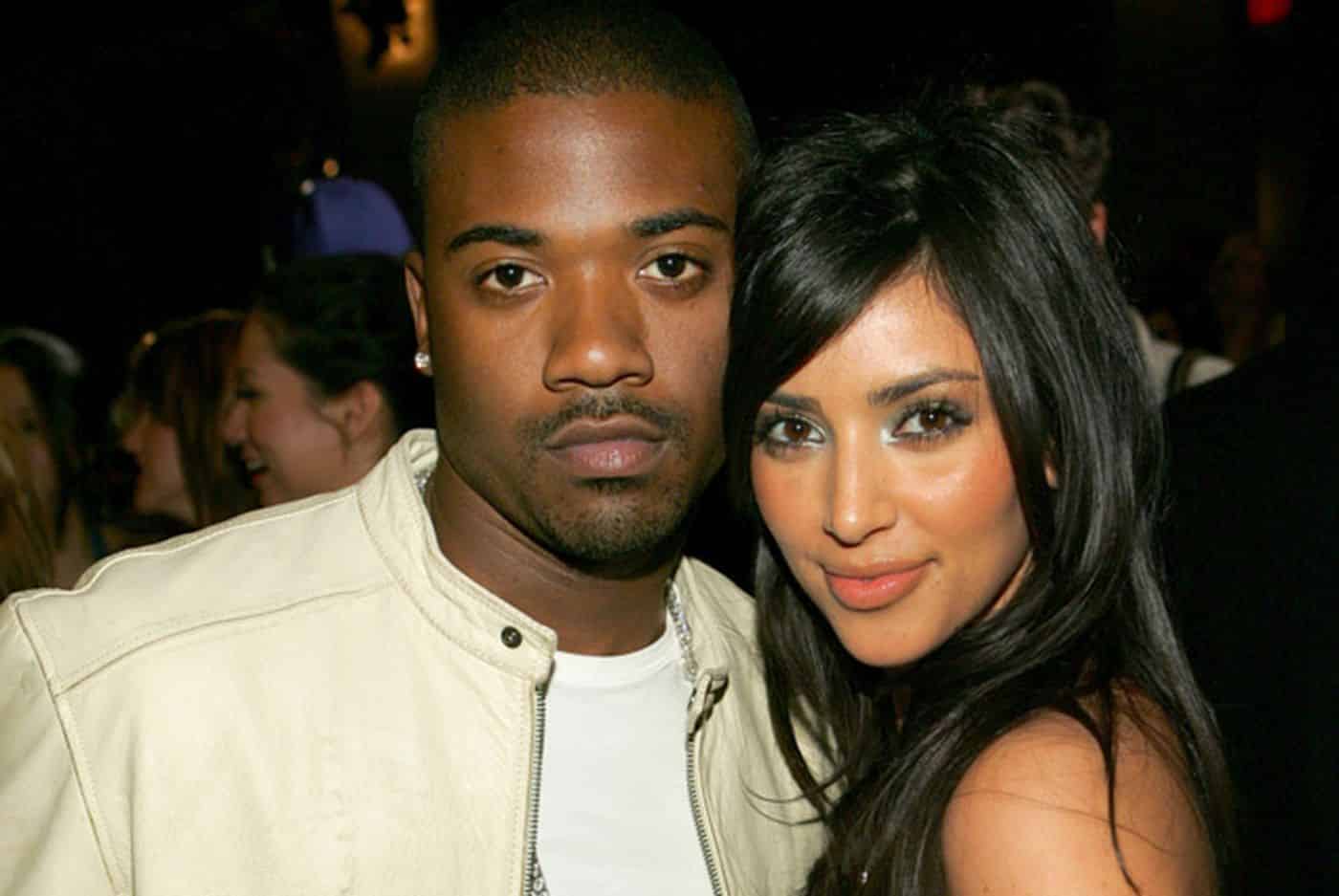 Kim was working as a hairstylist when she became friends with Paris Hilton, who was her client. Through that job she met Ray J, the brother of pop star Brandy. Ray J and Kim started dating in 2003, before the ink was dry on Kim’s divorce from Damon Thomas. They made a sex tape together and later broke up. However, in 2007, the sex tape was leaked to the internet, where it made Kim famous. Rumors persist that Kris leaked her daughter’s sex tape to land the family a reality show. Kim sued Vivid Entertainment for promoting the tape without her consent. She got a $5 million settlement from Vivid. 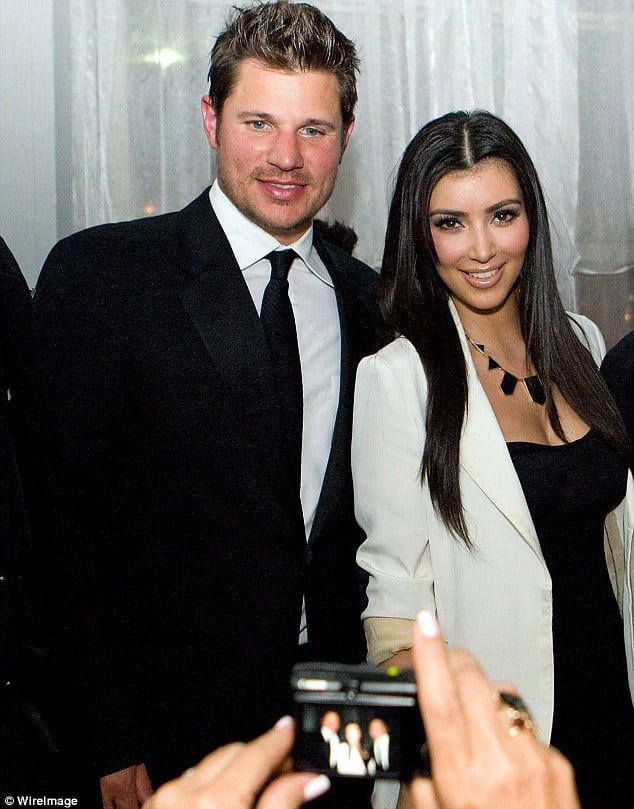 Nick Lachey was fresh off his divorce from Jessica Simpson in 2006 when he briefly dated Kim. As Lachey remembers it, they were together for about a week. He later accused her of tipping off the paparazzi that they were about to leave a movie theater. Kim, who was not yet famous, commented that “It started when I went out on a date with Nick Lachey. Of course the paparazzi took pictures, because people were curious about who he was with. The next night I was out with Paris Hilton,” she continued. “We were in her car and the paparazzi started taking pictures. Usually they would shout, ‘Paris! Paris! Paris!’ [But] they started yelling ‘Kim! Kim! Kim!’” 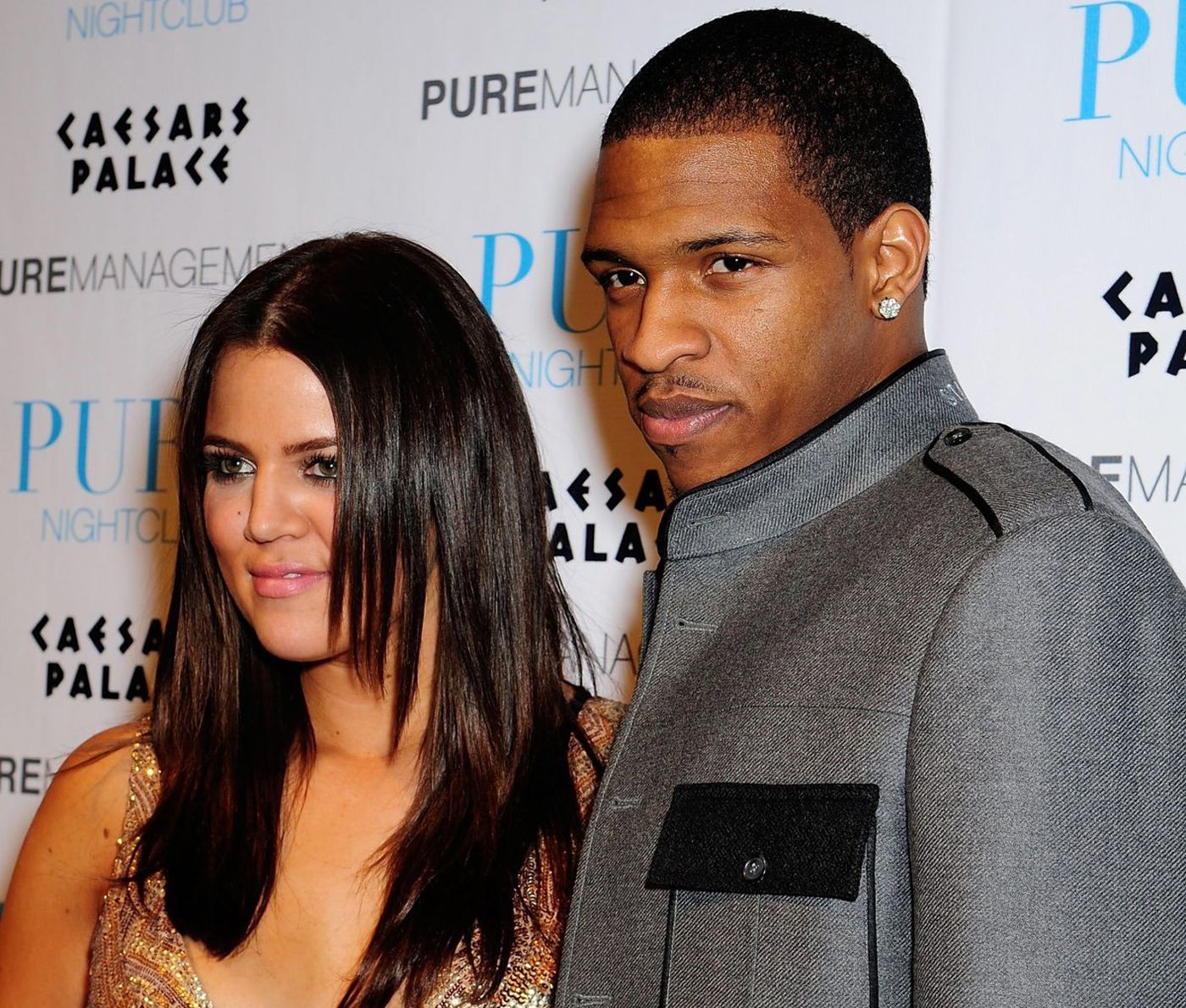 Middle daughter Khloe Kardashian is also no stranger to dating famous men. It started in 2009, when Khloe met NBA player Rashad McCants. The couple dated for seven months until he was traded to the Sacramento Kings. McCants’ career then suffered and a few years later, he was out of the league. McCants later complained that Khloe made up a story about him cheating on her for an episode of her reality show. He now blames her for his failed career. 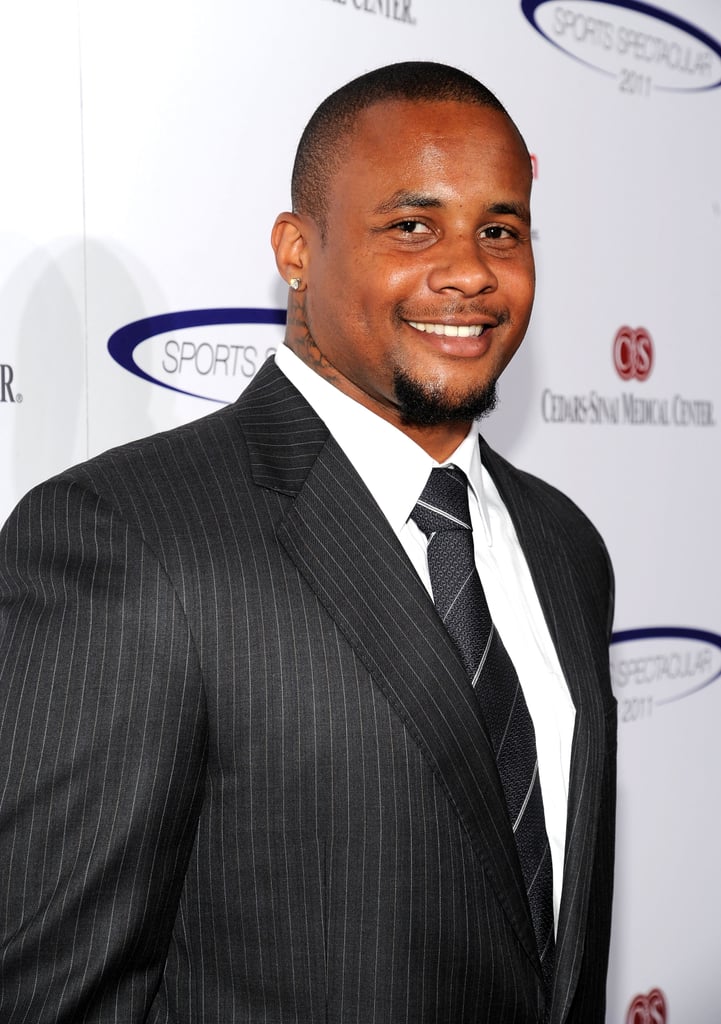 Khloe moved on with NFL player Derrick Ward, a running back for the Tampa Bay Buccaneers. Ward had already won a Super Bowl as a member of the New York Giants. 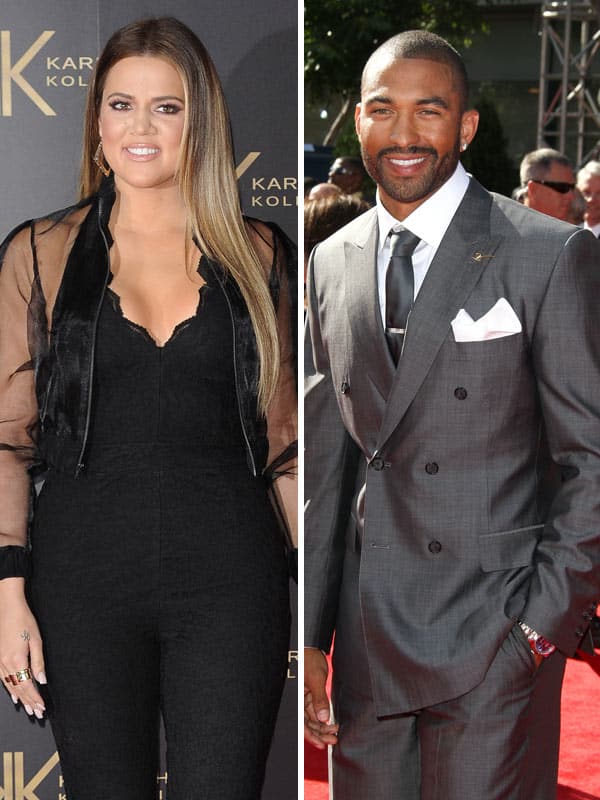 Most people know that later the same year, Khloe met and married NBA player Lamar Odom. They duo married after a whirlwind 30-day romance.  Three years later, they divorced. US Magazine reports that Khloe started seeing baseball player Matt Kemp shortly after she filed for divorce. However, Khloe’s lawyers allegedly told her that a new relationship would negatively impact public perception during her divorce, so she broke it off. 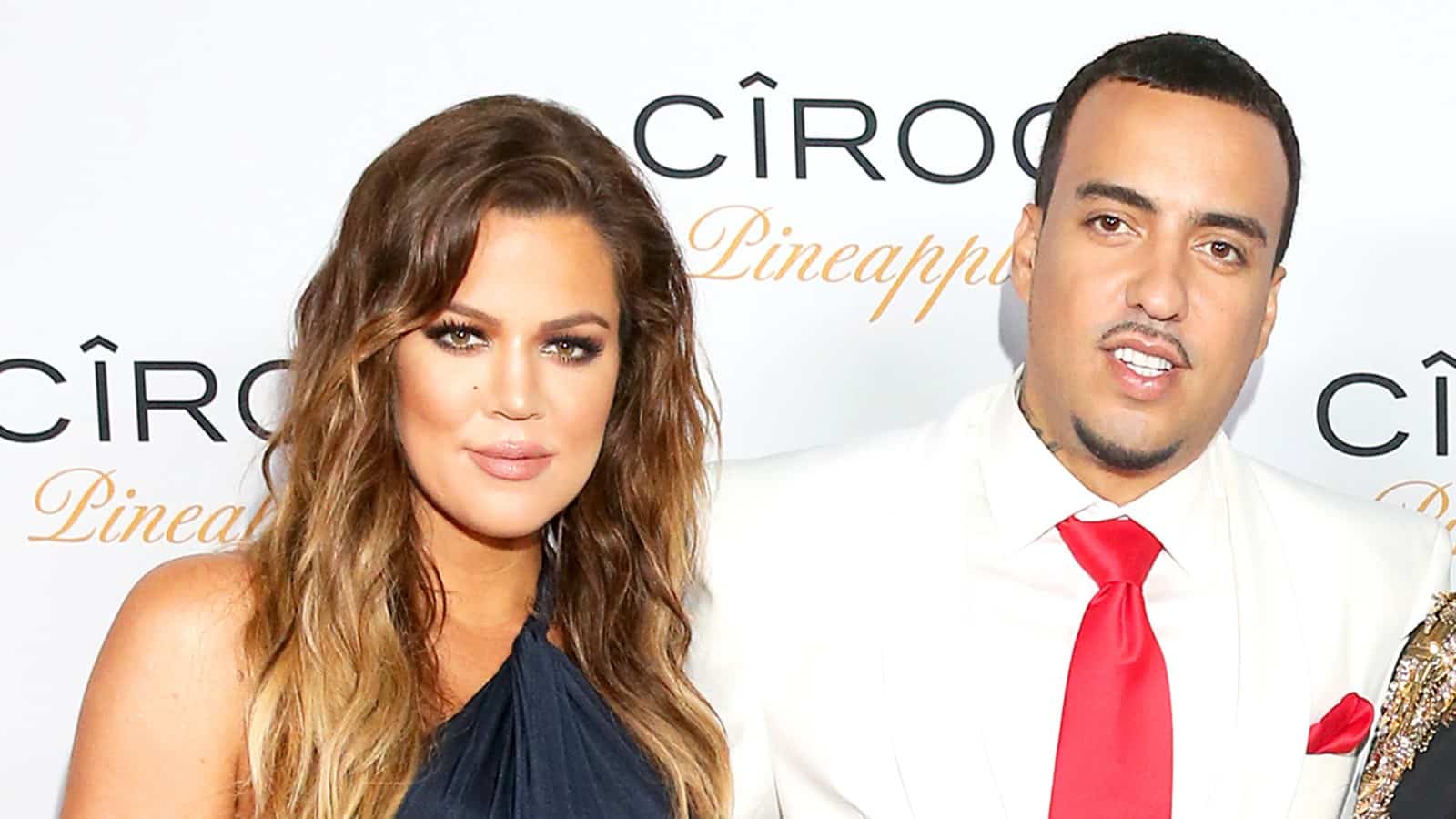 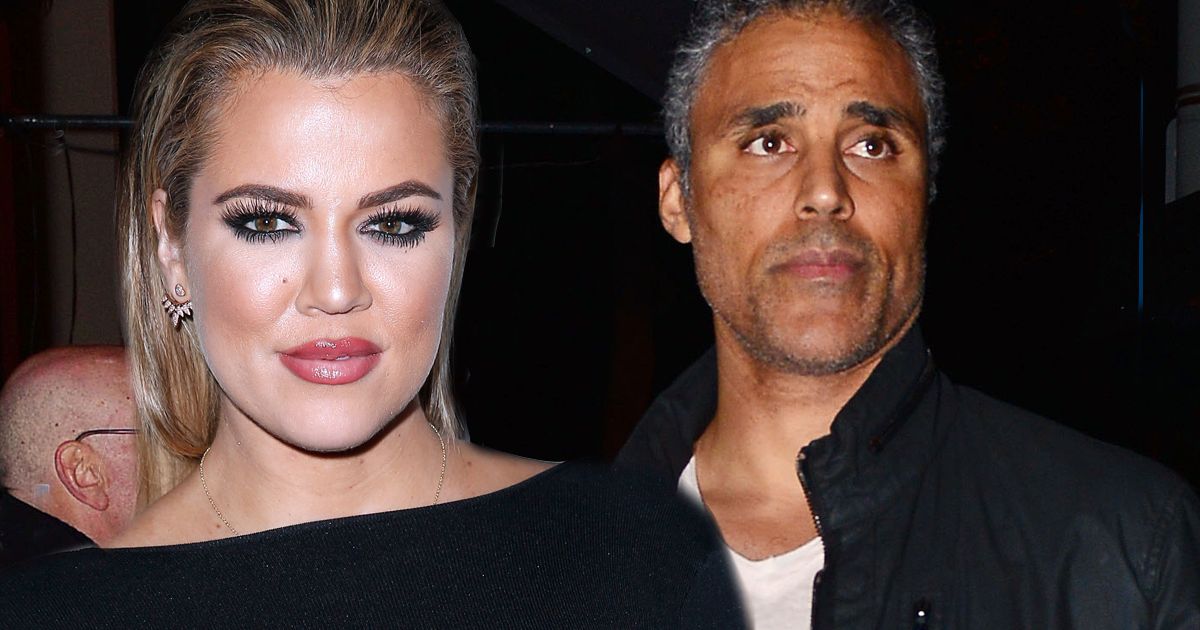 In May of 2015, Khloe returned to the dating scene with former NBA player Rick Fox, who had recently split from his longtime girlfriend, Eliza Dushku. Although the two were spotted on a date, they later insisted they had met up to talk about Lamar Odom and his personal struggles. 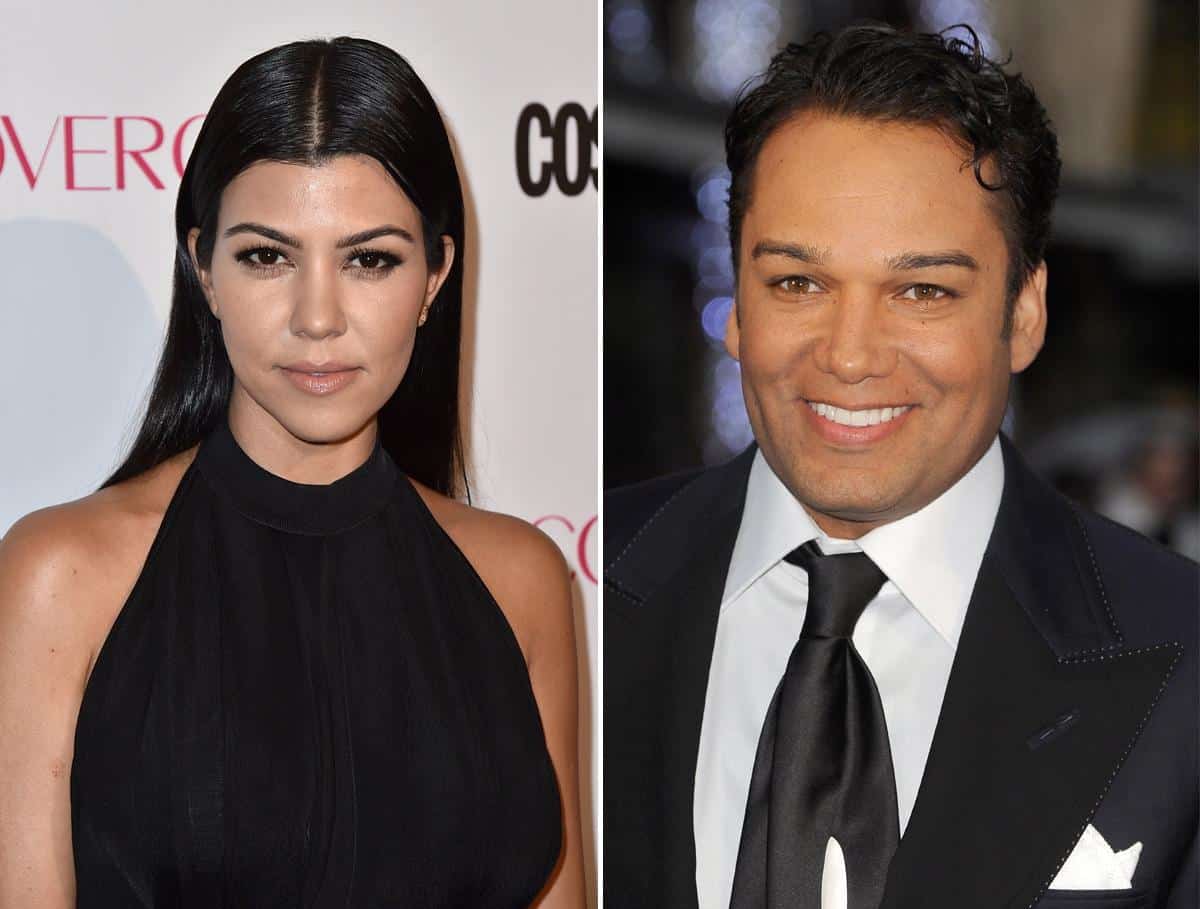 Kim and Khloe’s sister Kourtney has not been a prolific dater, having been in an on-again, off-again relationship with the father of her children, Scott Disick, for several years. Her pre-Scott dating life resembled Kim’s. Kourtney dated TJ Jackson’s older brother Taryll Jackson in 2001. The teens stayed together for four years. 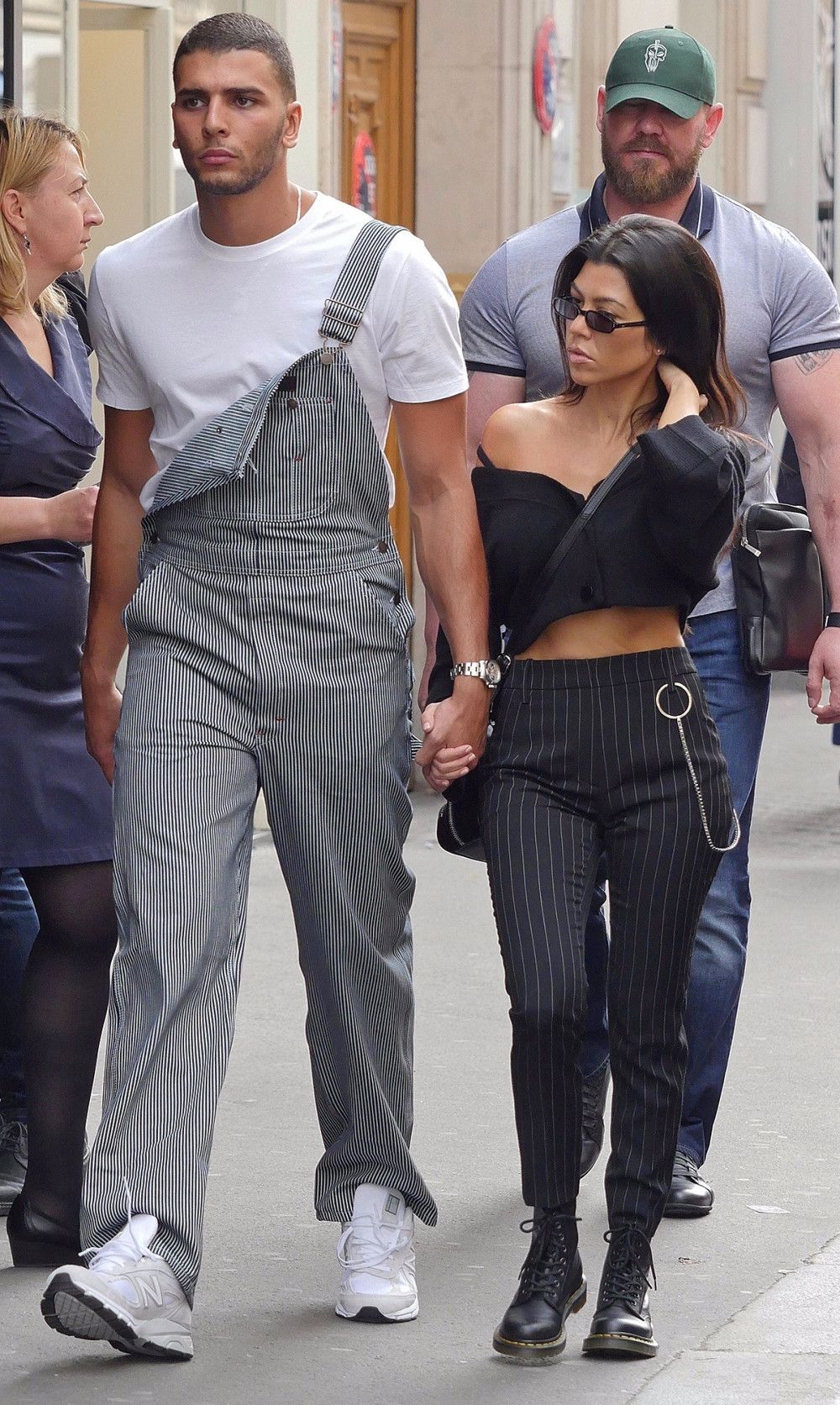 Kourtney started a relationship with Younes Bendjima in 2016. The couple met during fashion week in October and finally confirmed their relationship in May of 2017. Bendjima is a former model who is 14 years younger than Kourtney. Although the two traveled to exotic locations together, all was not what it seemed. In July 2018, Bendjima made a negative comment on a picture of Kourtney wearing a thong bikini. A few weeks later, the couple broke up. 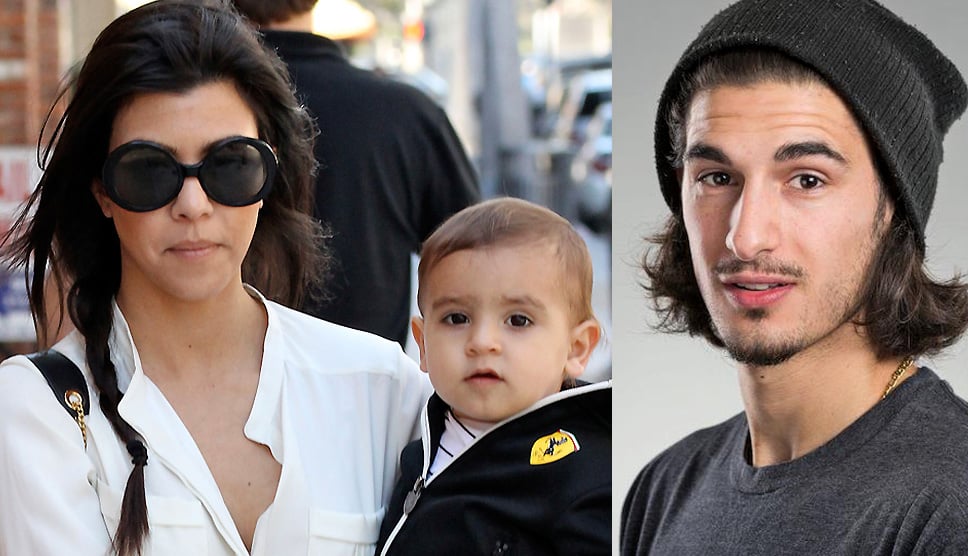 Image: I Am Flashdance

Michael Girgenti an actor who has badgered Kourtney about paternity of her eldest child, Mason. He alleged that while Kourtney and Scott were on a break in 2009, he and Kourtney slept together, producing Mason. Eventually he sued Kourtney, demanding a paternity test. The test proved that Disick was Mason’s father. Girgenti continues to assert that the test was bogus, and his only claim to fame is briefly dating a Kardashian. 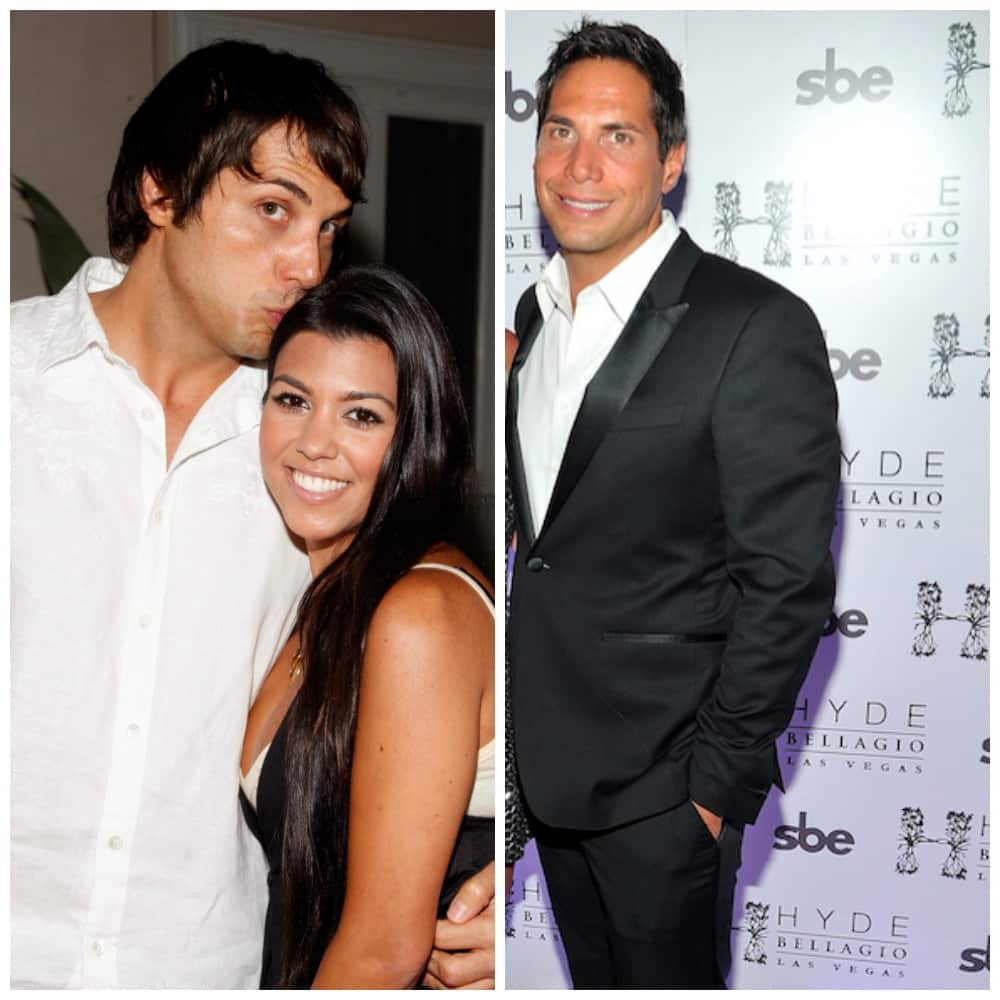 According to rumor, Joe Francis, who invented the TV show Girls Gone Wild and its video empire, dated Kourtney in 2005. He also said that he introduced Kourtney to Scott Disick. “I introduced Kourtney and Scott at my house in Mexico. Scott came as the guest of a friend of mine, and they met in my master bedroom,” he told In Touch Weekly. 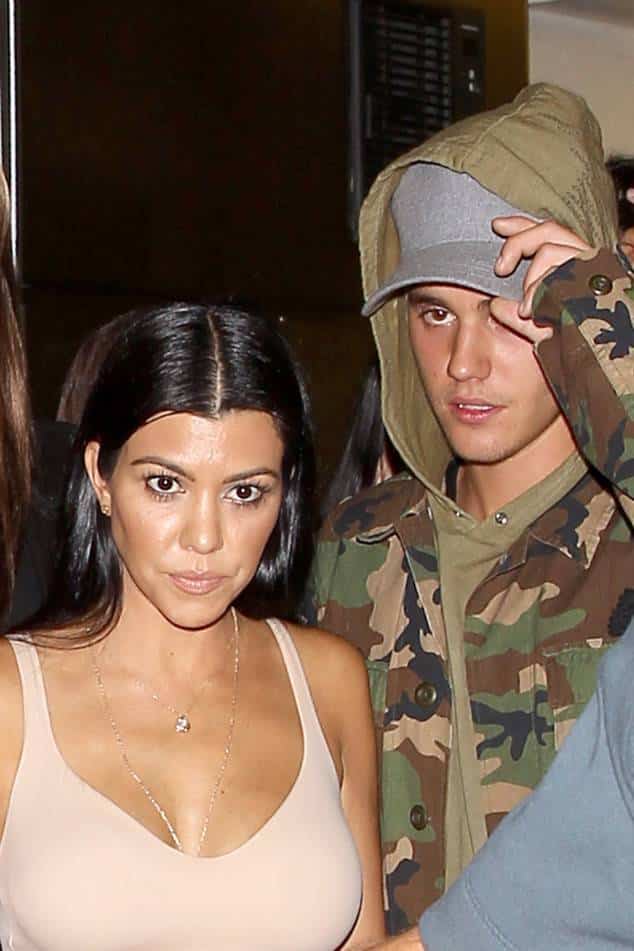 There is a lot of crossover between Justin Bieber and his team and the Kardashian family, as Kris once dated Bieber’s manager. Kourtney hooked up with Bieber when he was only 21-years-old. Rumors indicated that the entire relationship was a publicity stunt cooked up by Kris, who actively oversaw the creation of storylines for the Kardashian TV empire. 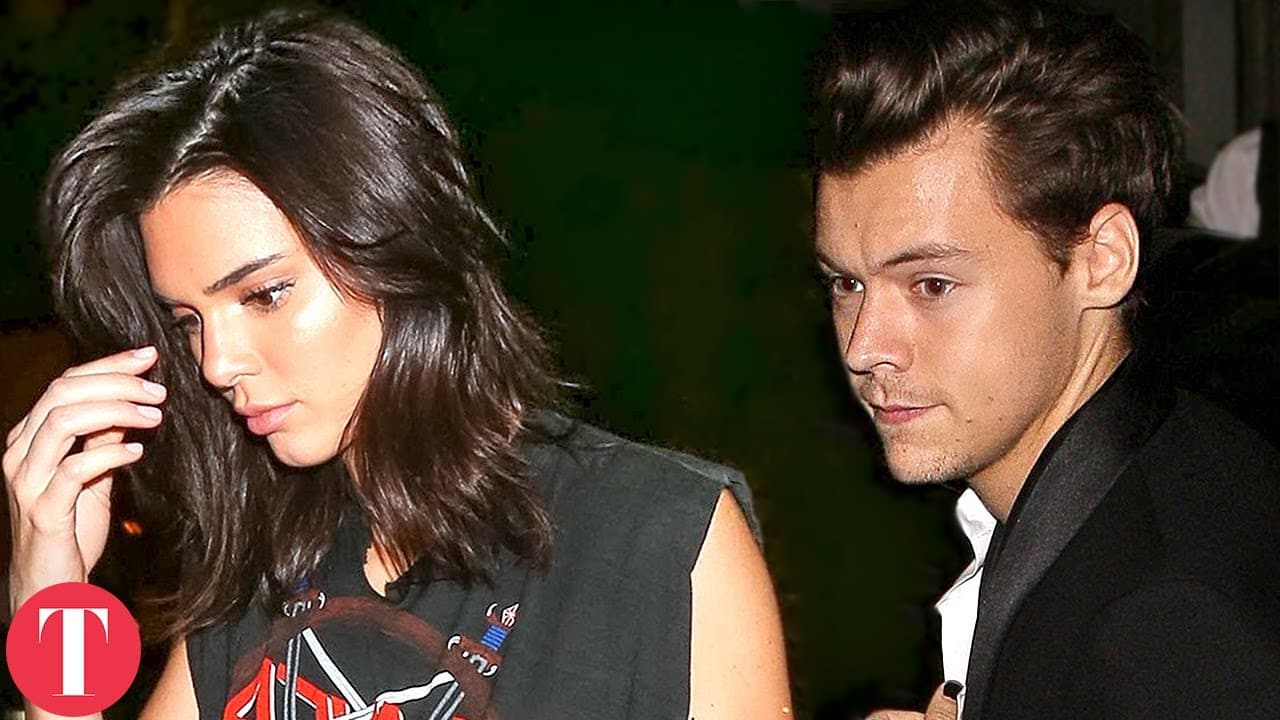 Though it was never confirmed, Kendall allegedly dated Harry Styles several times during 2013 and 2016. The two were pictured together having romantic dinners and on luxury vacations. Styles is a member of the band One Direction. 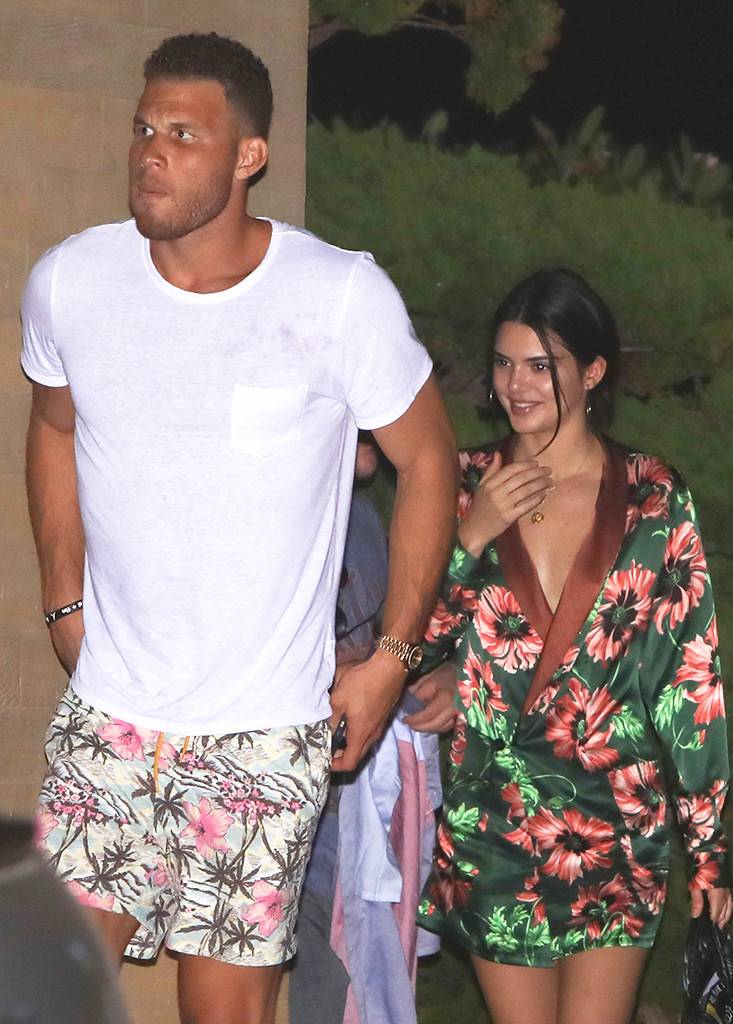 NBA star Blake Griffin started dating Kendall Jenner when he was still with the Los Angeles Clippers. He was later traded to the Detroit Pistons. Kendall was with Blake for a year and then broke up in May of 2018. 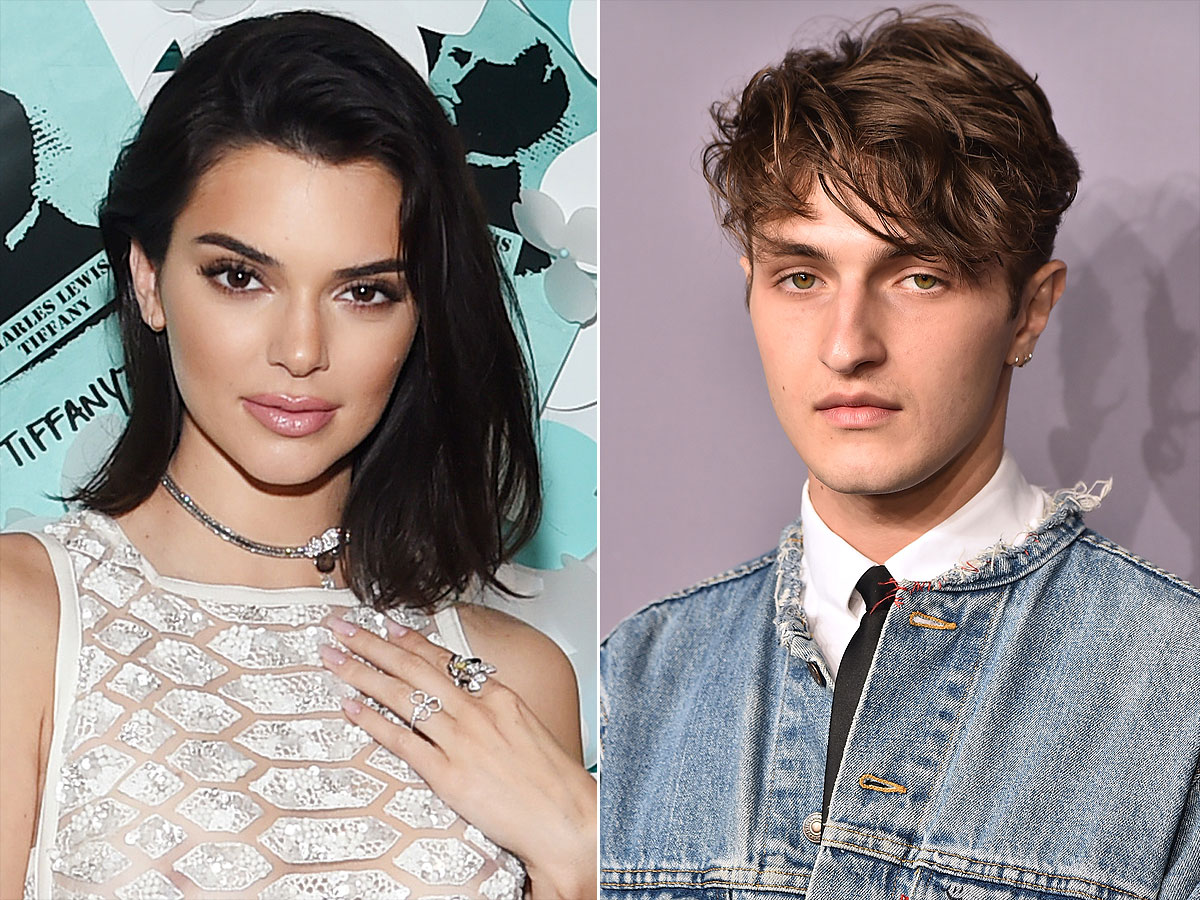 In June of 2018, the internet reported that Kendall was hooking up with the younger brother of their friends, models Gigi and Bella Hadid. Witnesses had observed the two kissing at a New York City after-party. Kendall was supposedly still with Ben Simmons at the time, but the relationship was off and Kendall has been seen a few more times with Anwar. 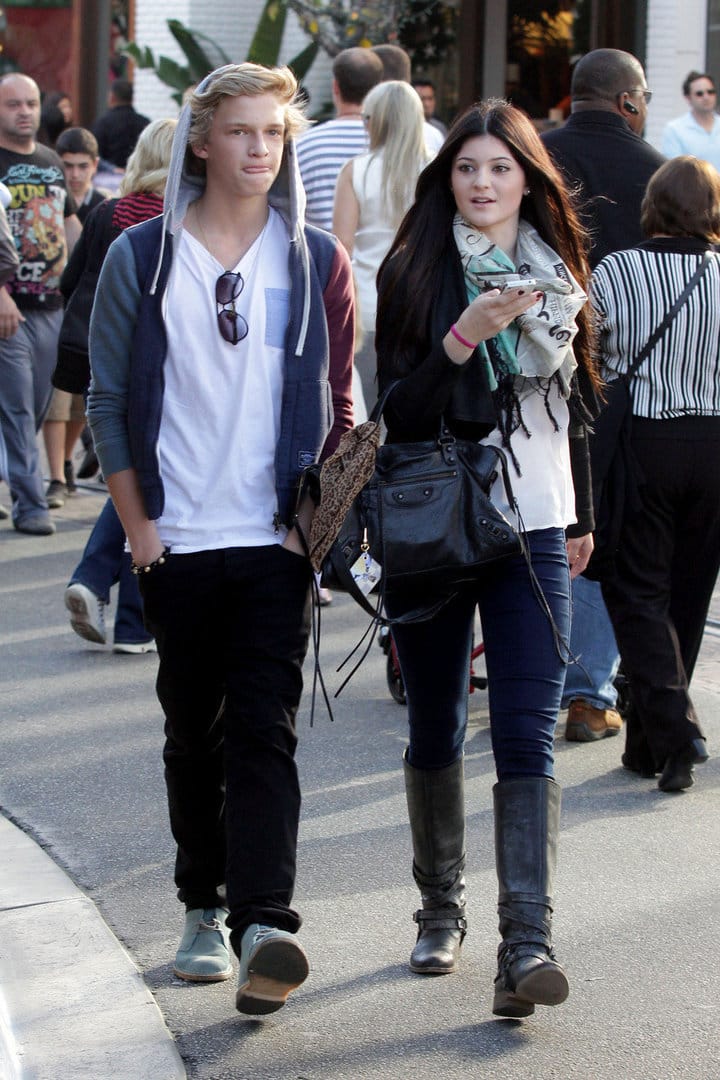 Kylie Jenner has a long dating history for one so young. She started dating Cody Simpson in 2011. Although no one knows how long they date, Cody has talked publicly about their history, saying “No, the whole K-O-D-Y thing didn’t really work for me,” he said, in reference to their smush name. 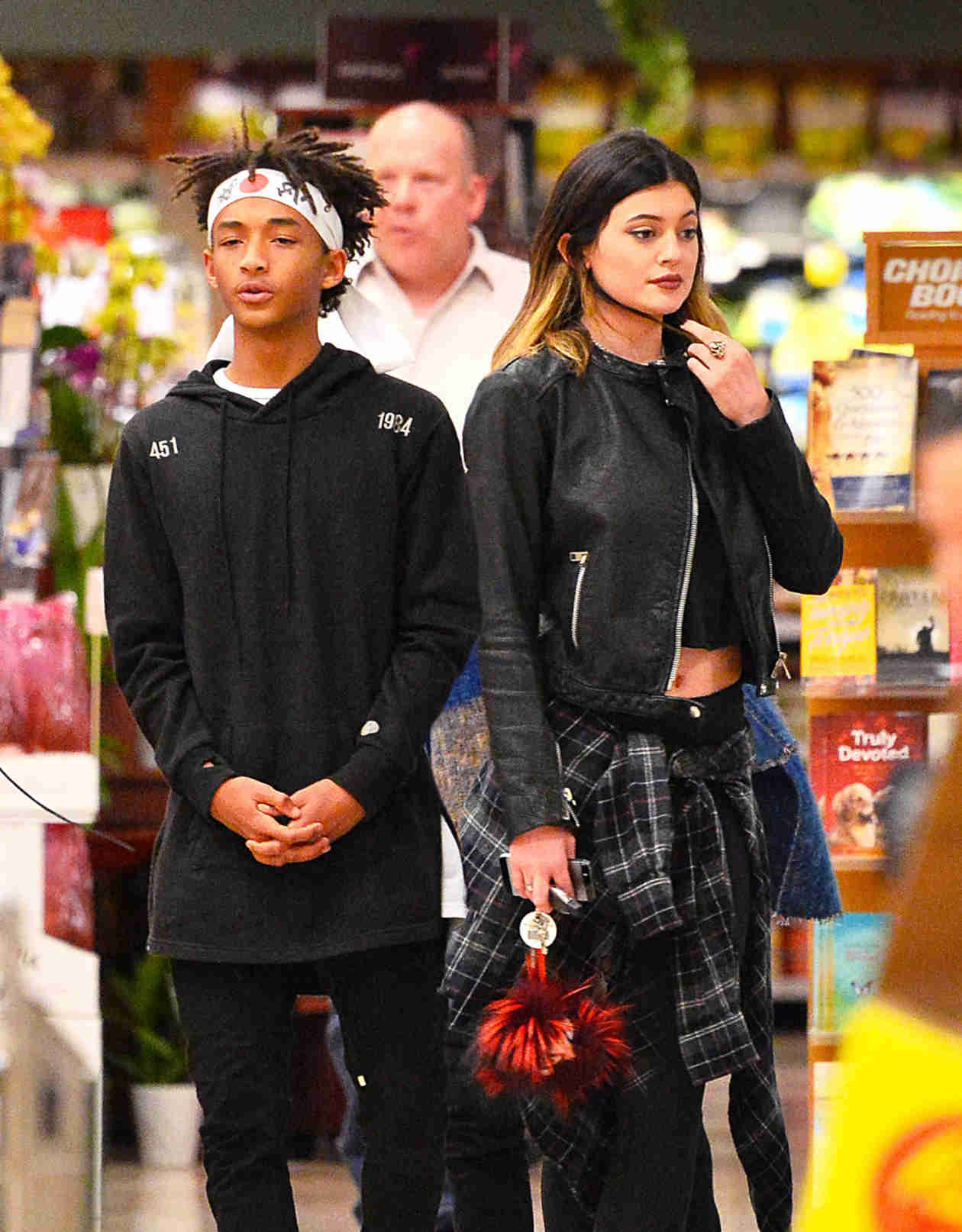 Precocious teens Kyle and Jaden Smith dated for less than a year. The flamboyant offspring of Jada Pinkett and Will Smith, Jaden had already starred in several movies when he met Kylie. The two confirmed their split in 2013. 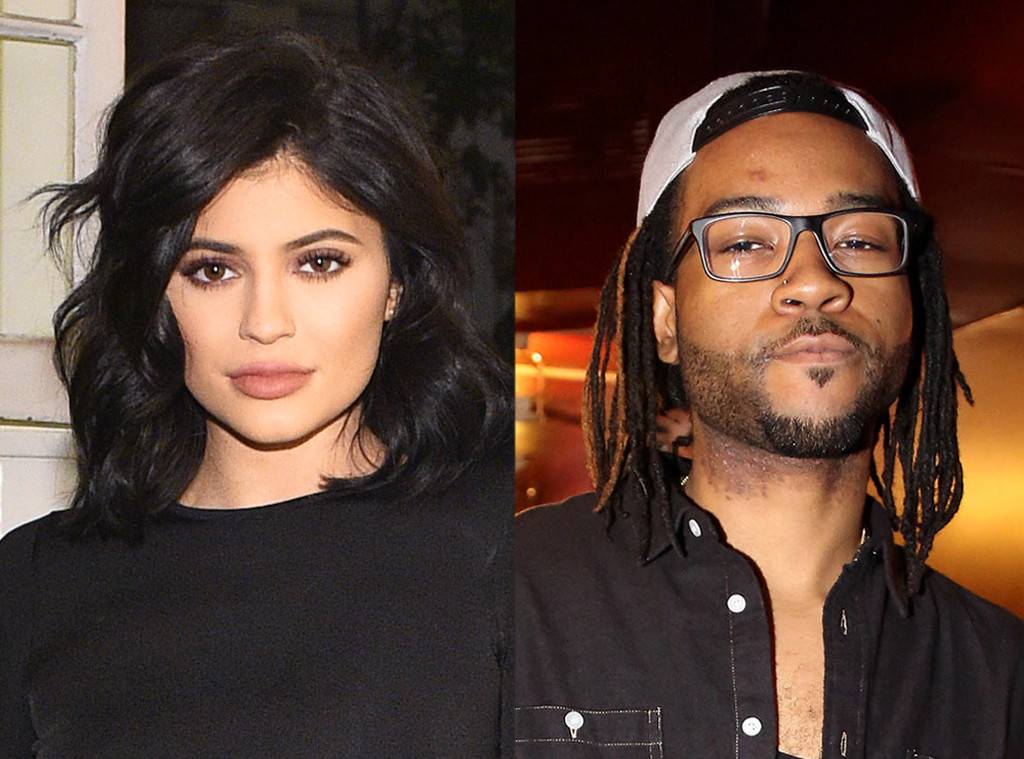 PARTYNEXTDOOR, whose given name is Jahron Anthony Brathwaite, is a Canadian singer-songwriter who was allegedly dating Kylie in 2016. He was the first artist signed to Drake’s OVO Sound Label. Kylie co-starred in Jahron’s video “Come and See Me.” Kylie later denied ating Jahron, saying they were only friends having fun.