It’s been two years since the horrific event occurred that scarred Kim Kardashian West’s life. While in Paris on October 3rd, the reality television star was robbed at gunpoint in her hotel. Now she’s finally decided to open up about the nightmare and the details are shocking. You won’t believe what the gunmen asked her to do while they held a weapon to her head. 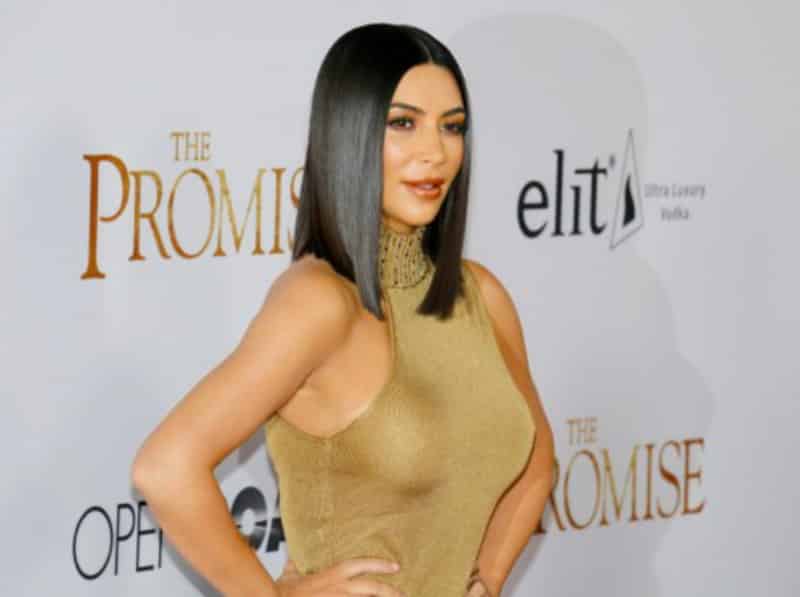 Kim Kardashian West is the star of the American reality television show, Keeping Up with the Kardashians. Kardashian West has managed to create an empire out of her brand with her and her sisters. However, it seems that this has also made her the target for robbers and thieves. 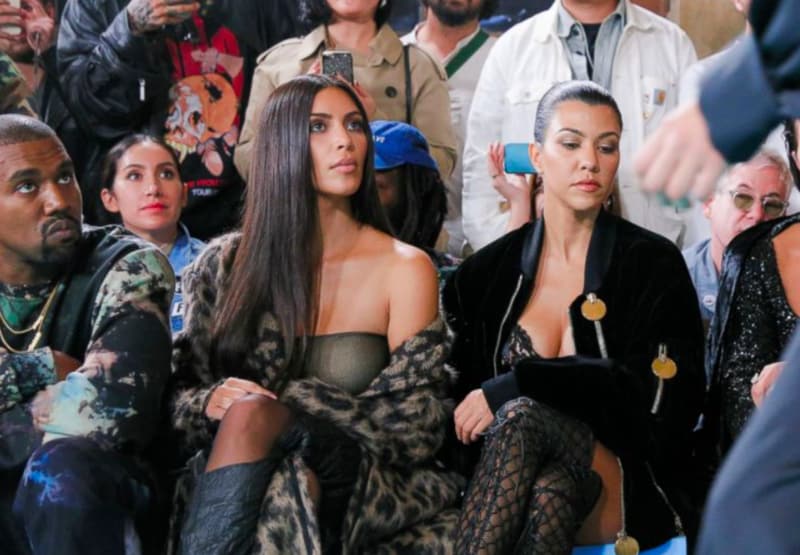 Back in October 2016, Kim Kardashian West explained that she was heading back to her Paris hotel with her sister Kourtney Kardashian and stylist Simone Harouche. Her sister and stylist changed outfits while in the hotel and they left. However, Kim decided to stay in and get some work done on her laptop. 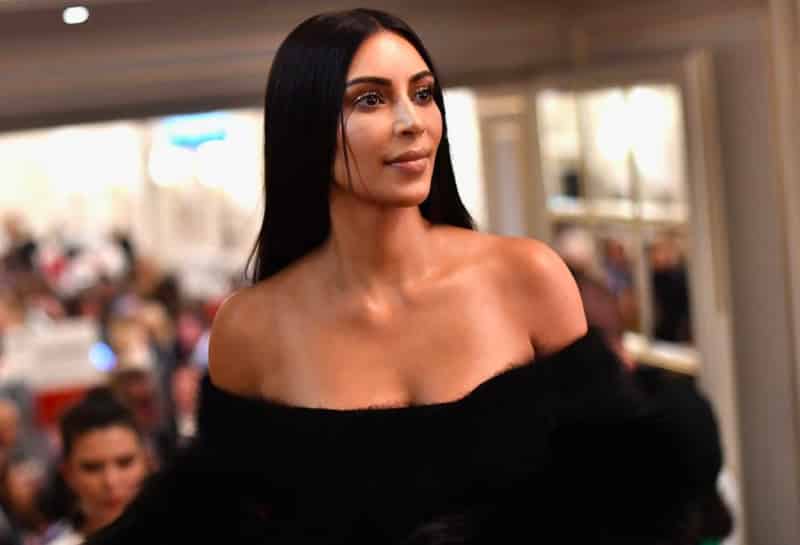 Kim was upstairs in her hotel room getting some work done when she heard a very strange noise.“I heard a noise at the door, like footsteps, and I shouted, asking, ‘Who’s there?’ ” she said. “No one answered. I called my bodyguard at 2:56 a.m. Through the door, I saw two people arrive, plus the night man who was tied up.” 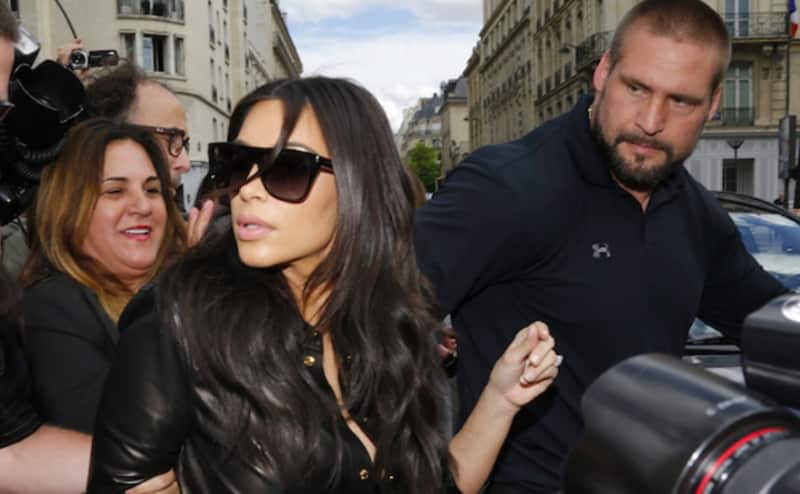 It was at this moment that Kardashian West knew that something was wrong. Then two men wearing police paraphernalia made their way into the hotel. Another was wearing ski goggles. Kim was absolutely mortified. 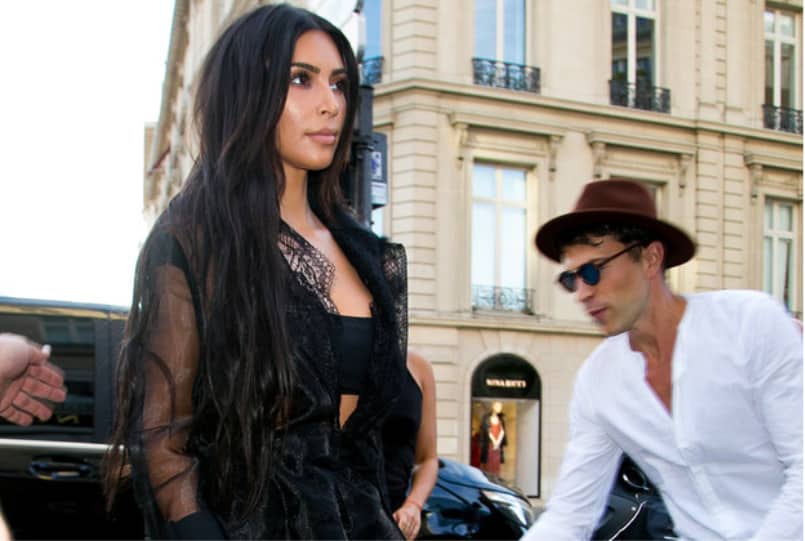 The men broke into Kardashian West’s hotel and it seems that they were looking for something. “It’s the one with the ski goggles who stayed with me,” Kim said. She then went on to explain the exchange she had with the robber. 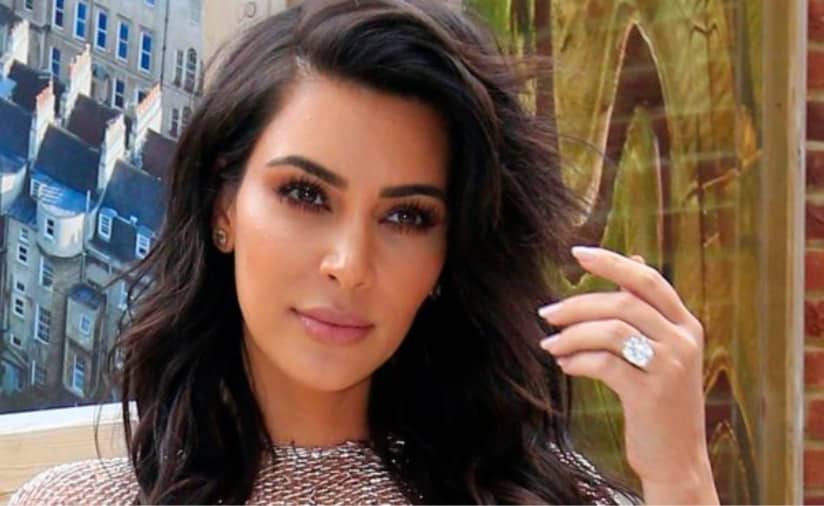 “He demanded with a strong French accent, my ring. It was on the bedside table. It’s worth $4 million. … I told him that I didn’t know, he took out a gun and I showed him the ring.” However, that wasn’t the worst of it as you won’t believe what the men did to her next… 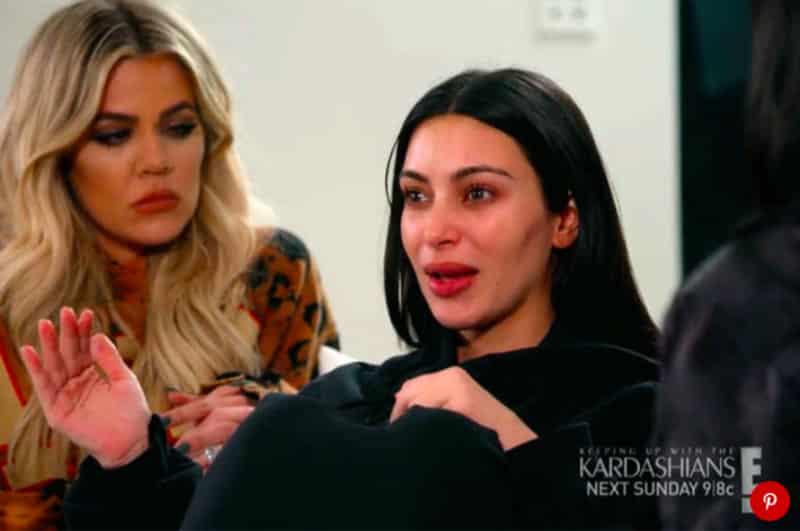 “They grabbed me and took me into the hallway. I was wearing a bathrobe, naked underneath. Then we went in the room again and they pushed me on the bed. And, it was this time, they tied me up with plastic cables and taped my hands, then they put tape over my mouth and my legs.” 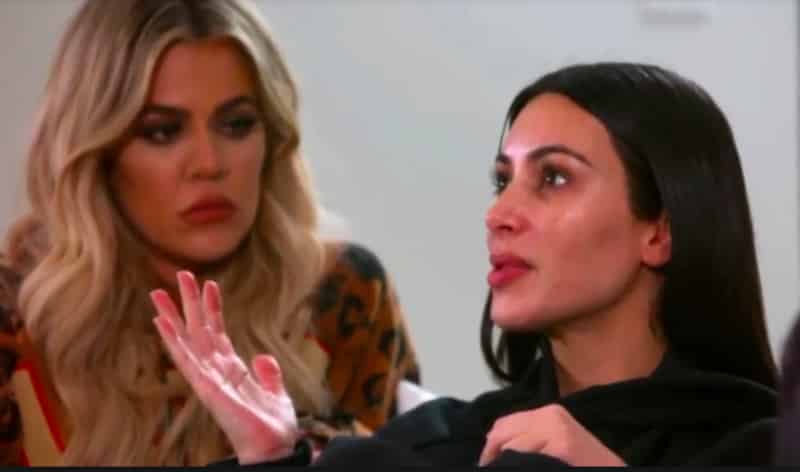 At this point, Kardashian West began to assume the worst from these men. “I was like; ‘I have a split second in my mind to make this quick decision,’ ” she said through tears. She then went on to describe her plan to escape from the robbers. 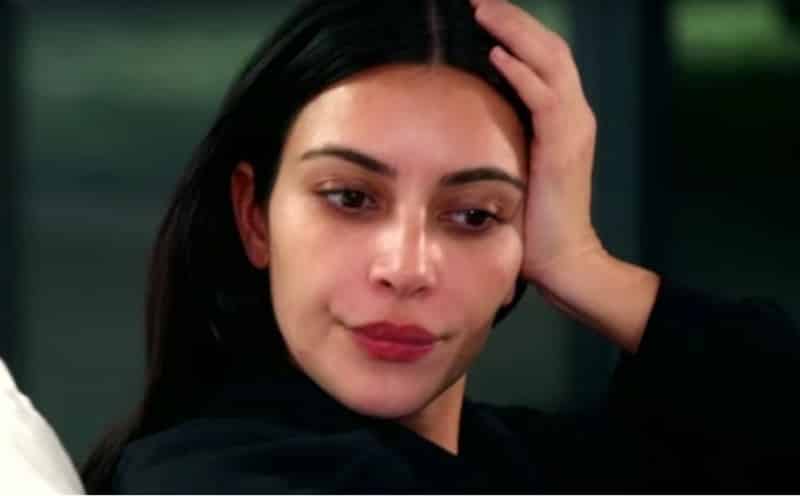 “Am I going to run down the stairs and either be shot in the back? It makes me so upset to think about it. Either they’re going to shoot me in the back, or if I make it and they don’t, if the elevator does not open in time, or the stairs are locked, then like I’m f—ed. There’s no way out.” 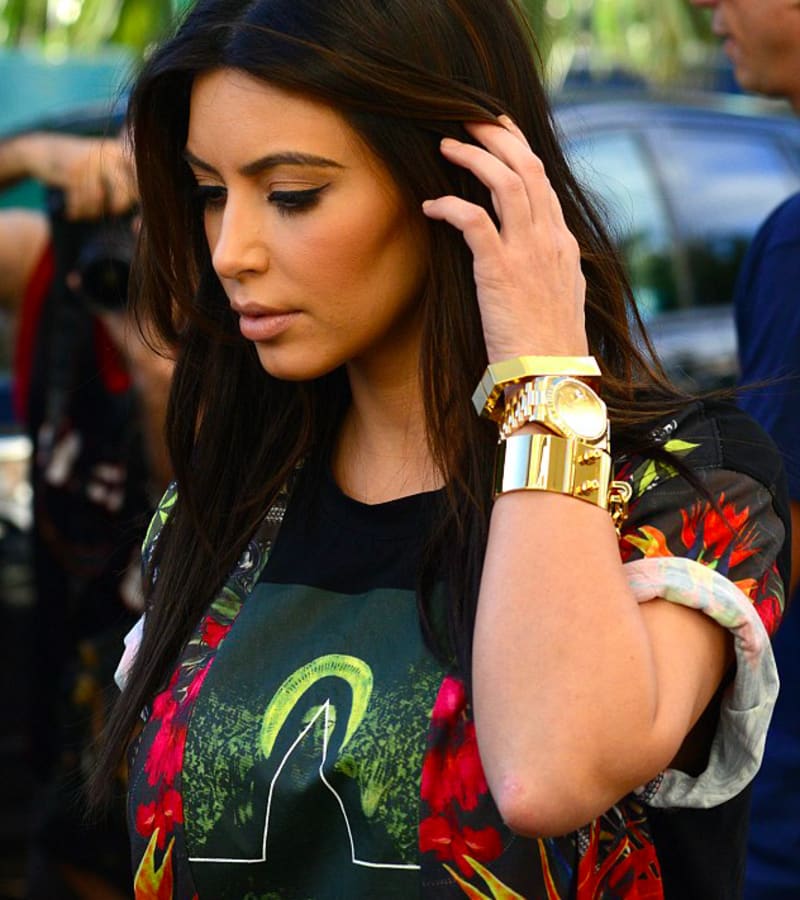 Kim then began to describe everything that the robbers were able to steal from her. It seems that they were able to make it out with two diamond Cartier bracelets, a gold and diamond Jacob necklace, Lorraine Schwartz diamond earrings, a gold Rolex and several other items. It was an extraordinary amount of things. 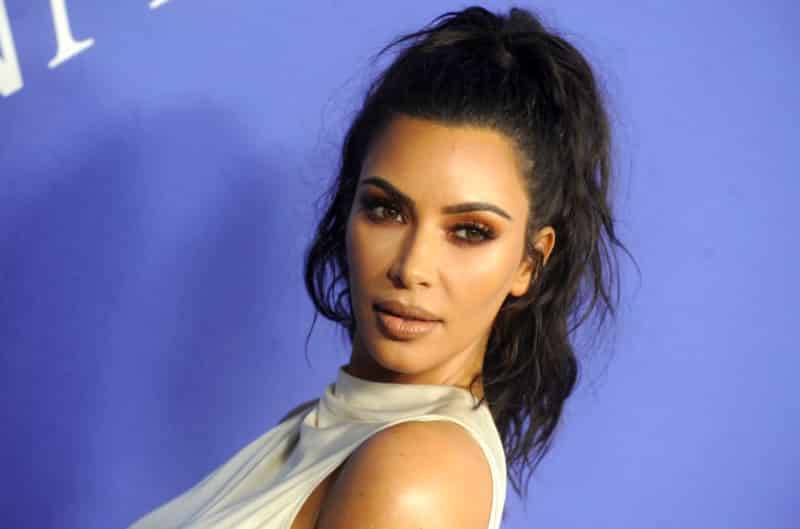 “I think they robbed me of 5 million dollars,” she said. “Then they left on the run.” It was at this point that Kardashian West was relieved that they didn’t choose to hurt her any further. However, this event would scar her a lot. 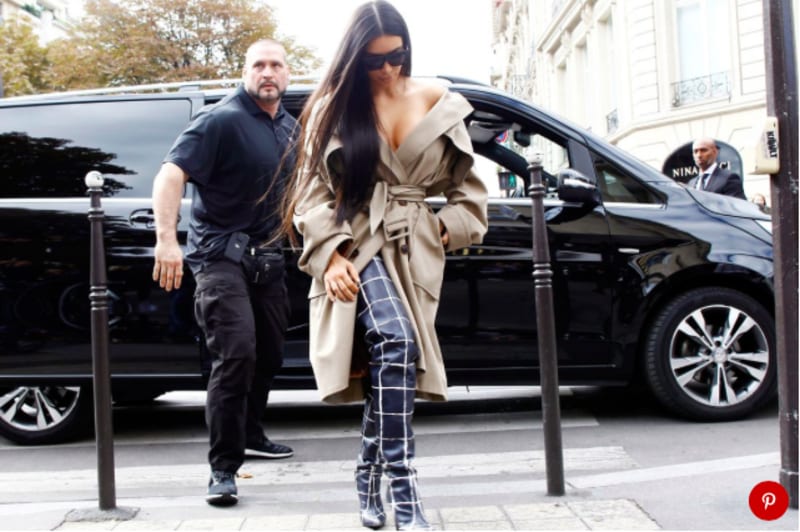 After the incident, Kardashian West stepped away from the spotlight for a while. According to reports, she closed herself up in her Los Angeles home to spend more time with her husband and their two kids at the time. Sources close to Kim revealed that Kim was slowing down her pace after the robbery. 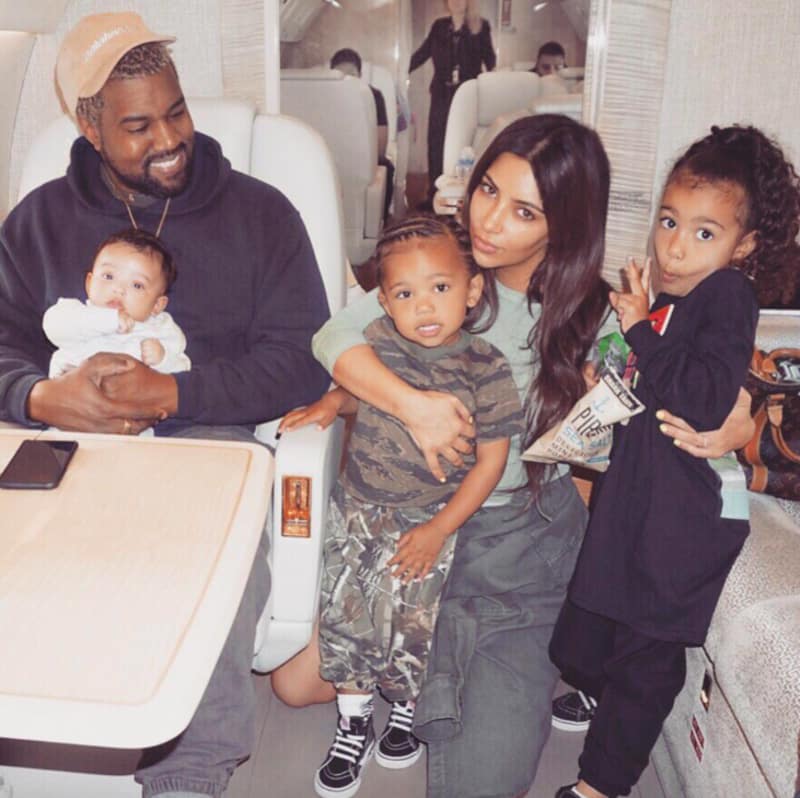 “The only ‘positive’ thing about the robbery is that Kim changed pace,” a source told PEOPLE. “Instead of working nonstop, her life has slowed down significantly. She seems happy about this.” Eventually, Kim came out of her social seclusion and spoke out about the robbery. 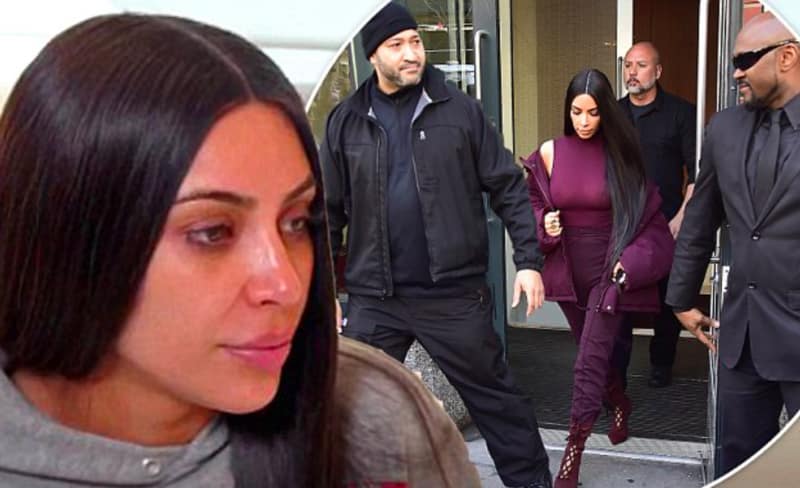 Eventually, Kim spoke out about the robbery and how it changed her life in a way she never could have imagined. “I know this sounds crazy, but I know that was meant to happen to me. I don’t want to start crying, but I feel like that was so meant to happen to me…I’m such a different person,” she said. 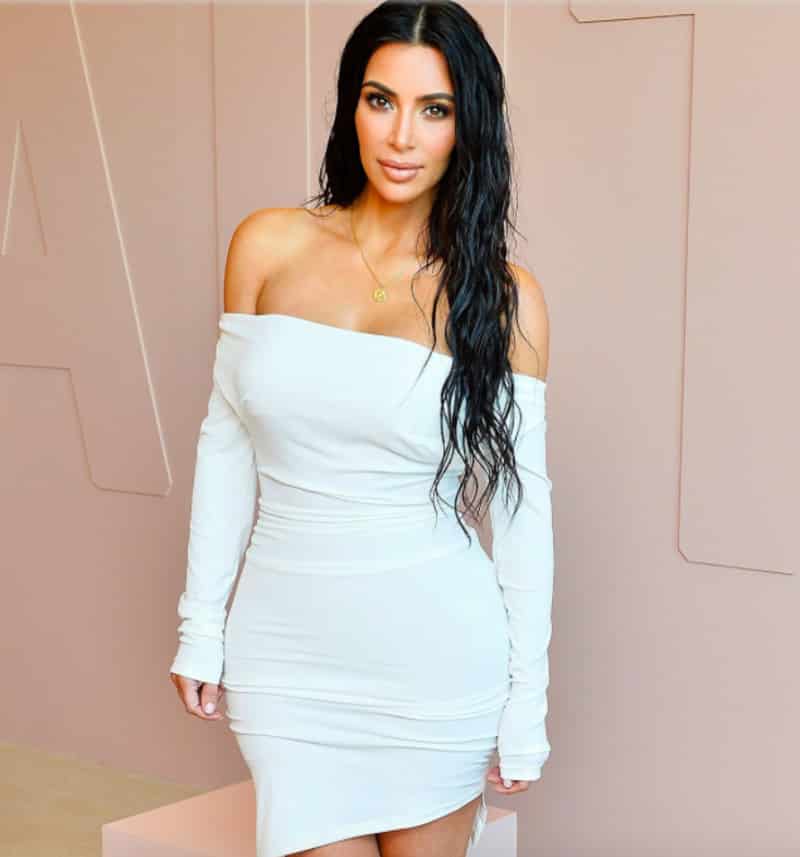 “It was meant to happen to me. I really feel like things happen in your life to teach you things. It was probably no secret, and you see it on the show—I was being flashy and I was definitely materialistic before…I don’t care to show off the way that I used to. Even though there’s nothing wrong, truly—it’s OK if you’re proud of that and you work so hard and you get something—it’s just not who I am anymore.” 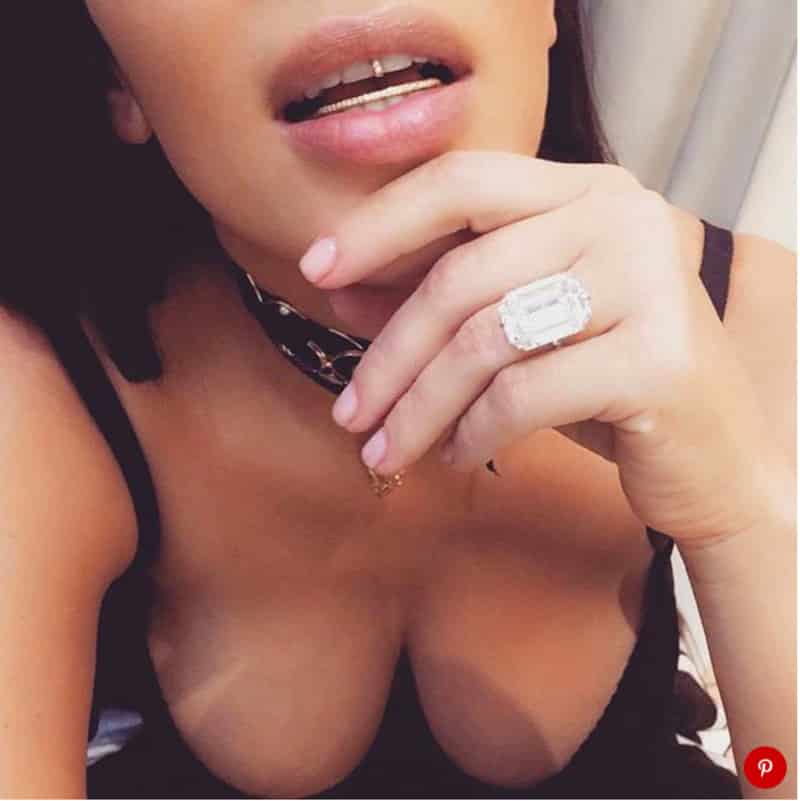 Kim also explained how the event changed her views on her own self-worth.  “I would always talk about my stuff. There was a lot of me that measured who I was by how much I had…I thought, ‘Oh, I’m worth so much.’ So that changed in me. And, that needed to change in me, so I’m grateful for the experience.” 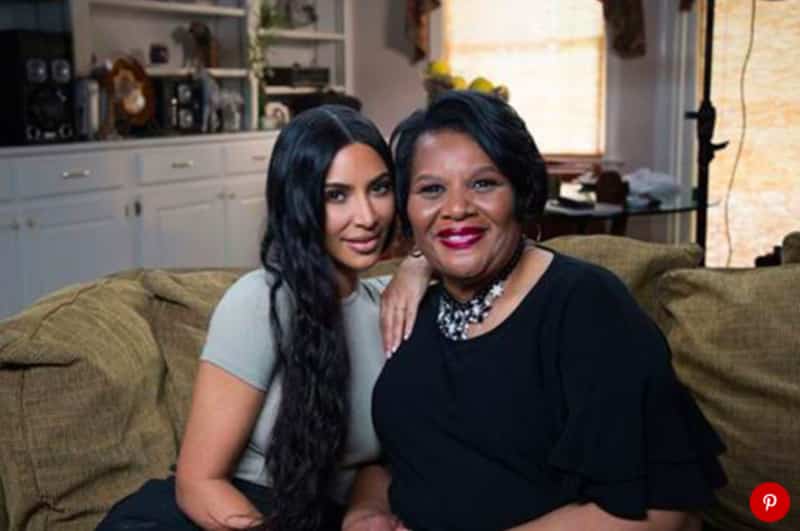 “My life has definitely changed a lot in the last two years from that experience and just wanting more privacy… In the last three months, I feel like I’ve come out of my shell a little bit more, back to who I was. I was never depressed, but I wasn’t motivated to get up and work like I used to.” 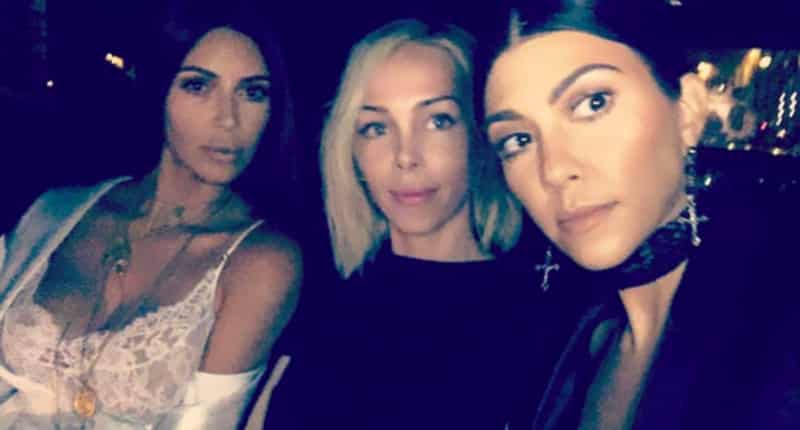 One of the biggest questions that everyone had was how the robbers knew which hotel Kim and her family was staying at. “There was probably a group of guys that were following us the entire trip,” Kim explained. “I was Snapchatting that I was home and that everyone was going out.” 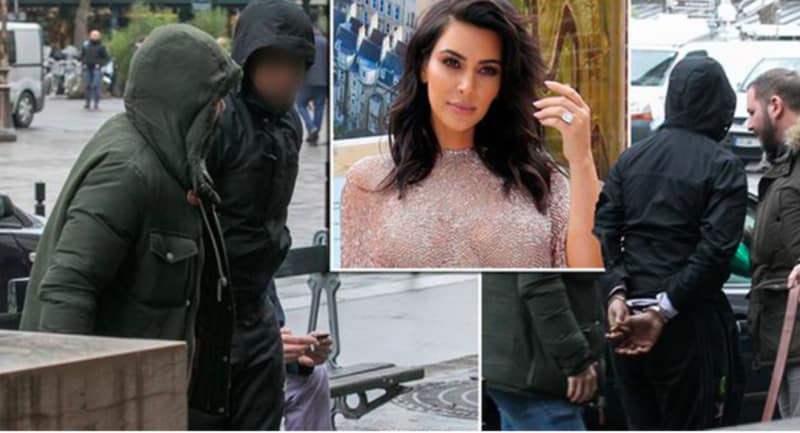 After the robbery, the police had arrested 17 suspects that they believed might have had connections to the robbery. Out of the 17 that were arrested, 10 of them are now being indicted. They have been charged with conspiracy, robbery, kidnapping, and helping arrange the resale of stolen jewelry. 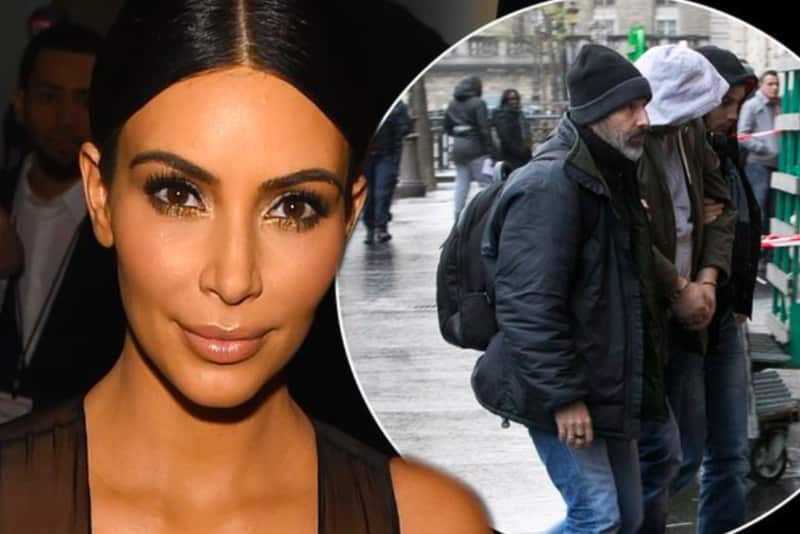 These days, Kim Kardashian West has resumed her life as she has before. However, she says that her perspective on things has changed her way of going about things. Although the event was traumatic and could have cost her her life, she is grateful for what it taught her.