These 19 people were just minding their own business, remodeling or doing small jobs when the totally unexpected turned up. They found some incredible, shocking, scary, and amazing items. 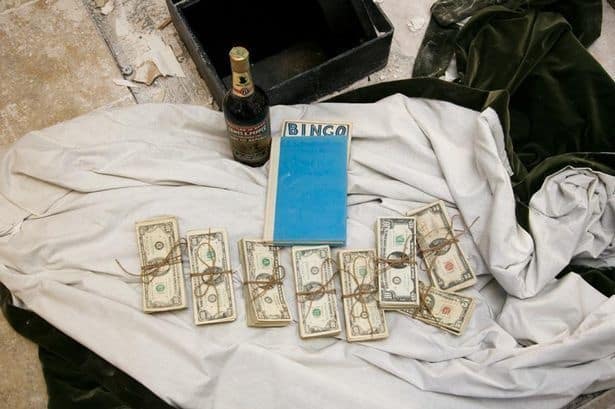 When a couple remodeled their kitchen, they were shocked to find a stash of bourbon. But it gets better. They also found stacks of cash and a book called A Guide For The Perplexed, which they definitely were after their find. Here’s hoping that was a great bottle of rare liquor. 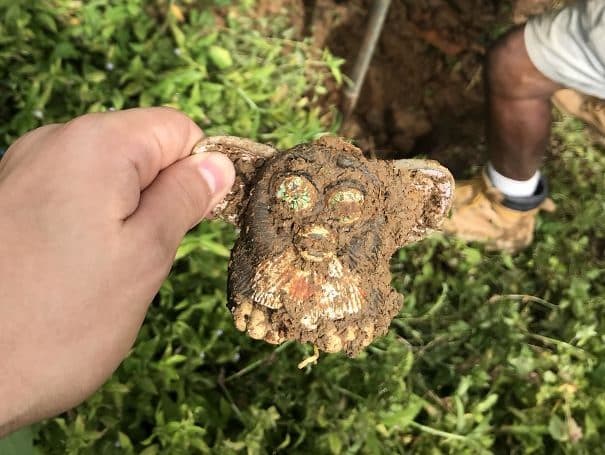 Furbys were plenty terrifying when they were new, and also quite annoying. But this rotted Furby is totally scary. With its green eyes barely visible and body covered in dirt, he almost looks like an ancient artifact. (He was probably buried by an annoyed parent). 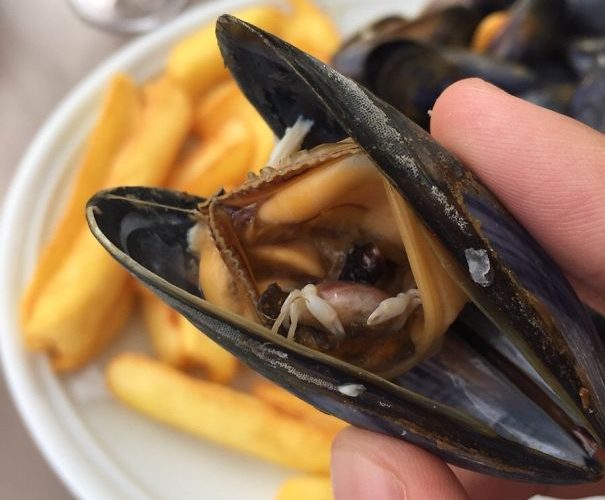 A mussel is a living thing, not just a random shell. This is obvious from the picture, which is actually a crab in the belly of a mussel. The mussel was found by a seafood restaurant that was preparing the day’s haul. There’s no indication that the mussel actually ate the crab. Or did he? 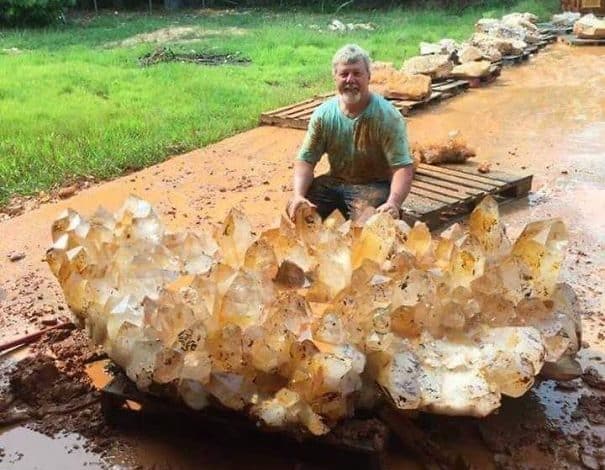 Who wouldn’t be excited to find an enormous quartz in their backyard? That’s basically what happened here. A man was digging for gemstones when he found a quartz valued at $4 million. No wonder he looks so pleased with himself; he probably made enough to buy two more houses and still go on digs. 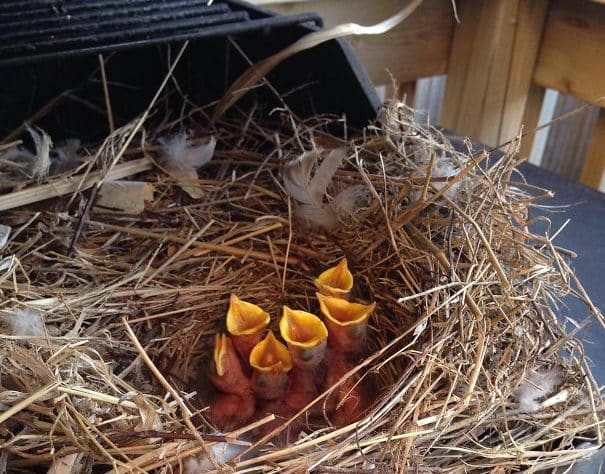 Mama animals are always looking for a safe place to give birth. This mama bird unexpectedly decide that an old grill might be a good spot for her eggs. Thankfully, the grill owner was delighted with the baby birds and didn’t want to eat them. 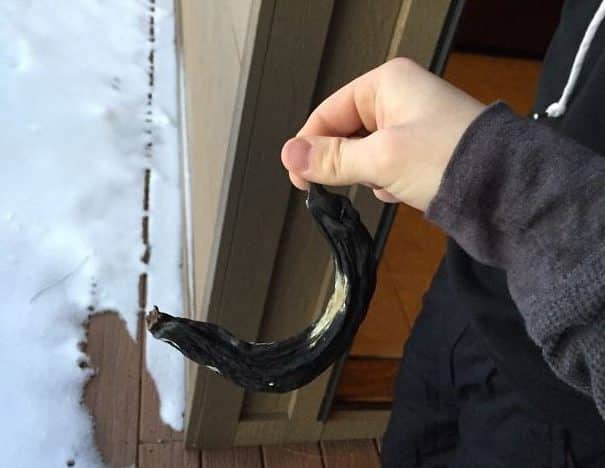 You might have had a banana or two look like this after too long in your house. Well, this one might be a little bit older. The banana is actually 10 years old. Someone left it in a coat pocket during a skitrip and then never put his hands in the coat pocket again. Ten years later, a very ancient banana appeared. 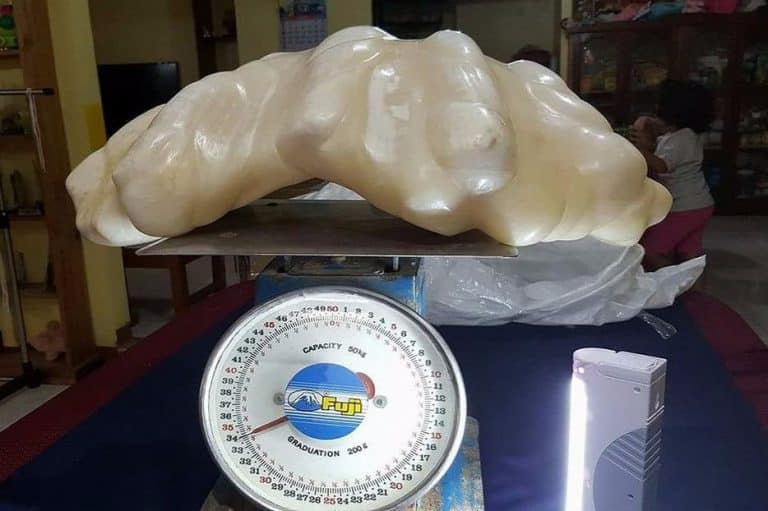 Pearls come from clams deep within the sea. You may think of them as small, but this one is incredible. It weighs nearly 80 pounds. It was an amazing example of how nature can work. No word on how much that fetched at auction. 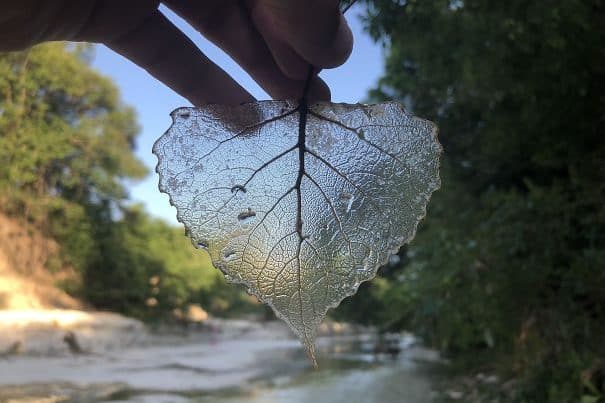 How incredible is this leaf? You can see that despite the faded and water-logged membrane of the leaf, it managed to stay intact. The beautiful photograph shows how alive the veins still are. 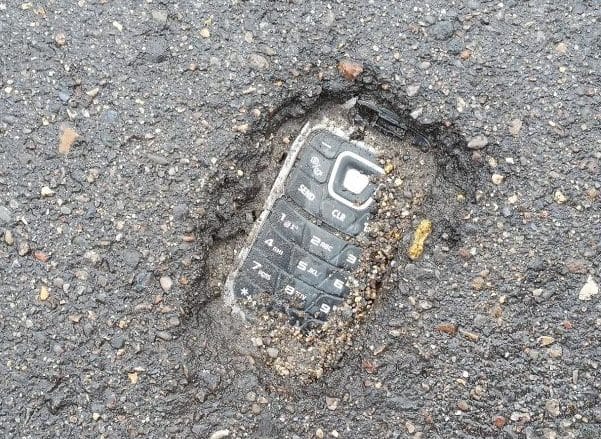 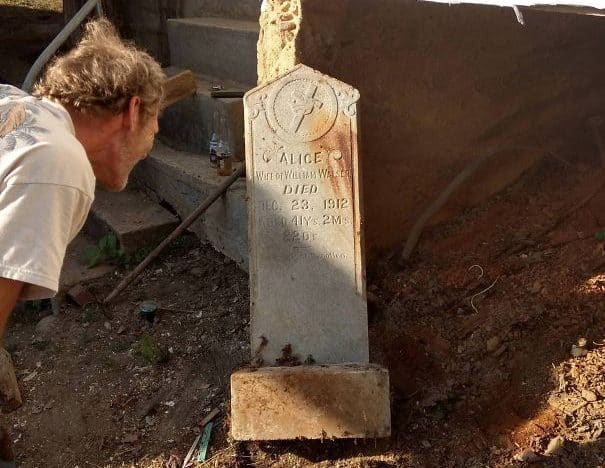 If you love horror movies, you’ll have a sense of foreboding at the discovery of this ancient headstone. This couple not only found a headstone, with more digging, they overturned a grave under their garage.  It looks as if the person died in 1912, and possibly of influenza. 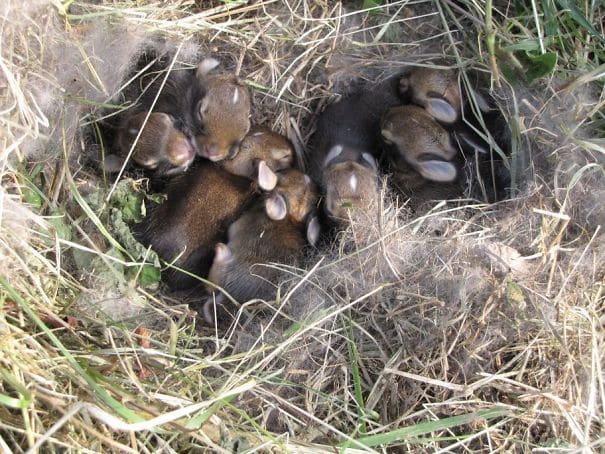 It’s always good to keep an eye out while mowing the lawn. There are fuzzy little creatures running about. This patch of grass happened to contain a warren of adorable baby bunnies. The lawn will have to wait. 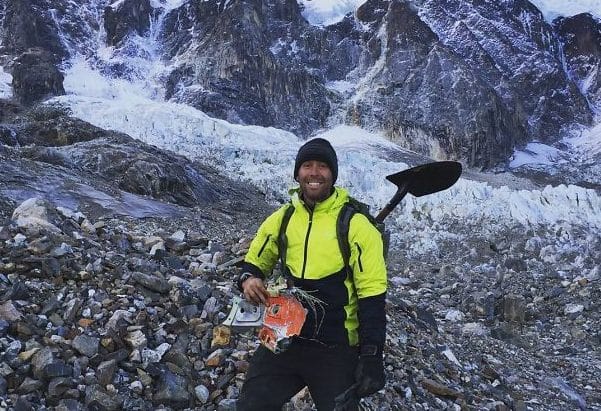 Two Boston men thought it would be an adventure to search for the missing black box from Eastern Flight 980, which had been lost in the mountains. Much to their surprise, after a hike into the Andes, they actually found the wreck itself and the flight records.

7. Message in a Bottle 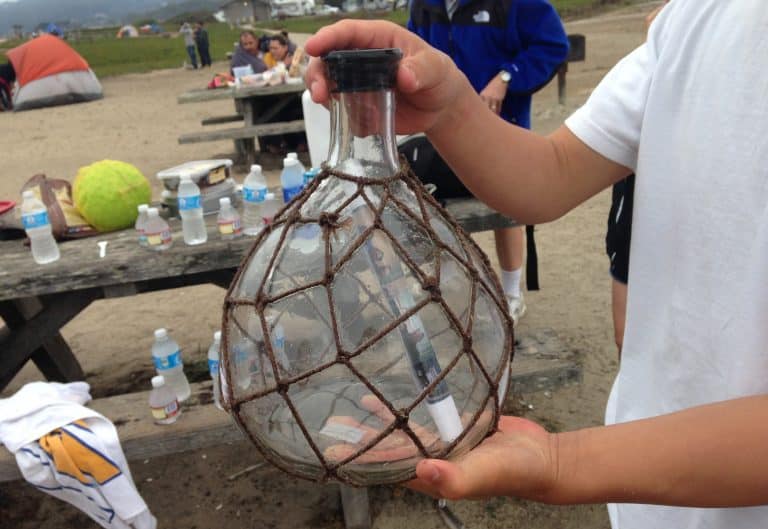 A California man named Mel died in 2014. His family chose to honor his love for the world by creating a message in a bottle. A few years later a man found this incredible memorial to Mel. He was just about to give up and go home after a day without catching a single fish. Then he pulled this jar out of the water. 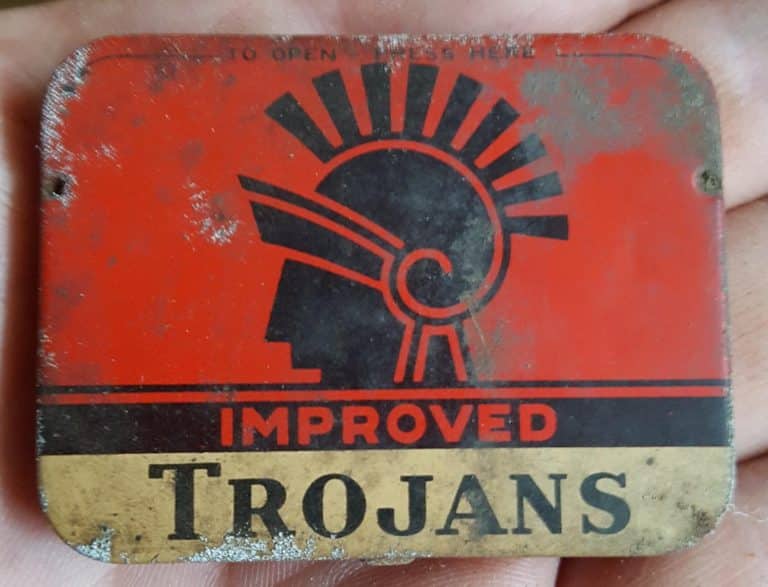 Trojans take their name from the legendary warriors of the ancient world. But did they expect their condoms to last this long? Someone found a pack of 70-year old condoms. It would not be a smart idea to use them. 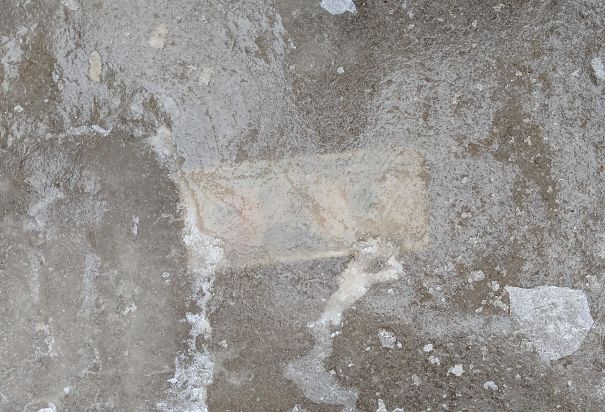 A frozen ten-dollar bill is awfully tempting. The only thing is, if the person who found it tried to crack away the ice, the entire bill would crumble. Hopefully they were able to let it thaw out naturally. Or put it in the microwave! 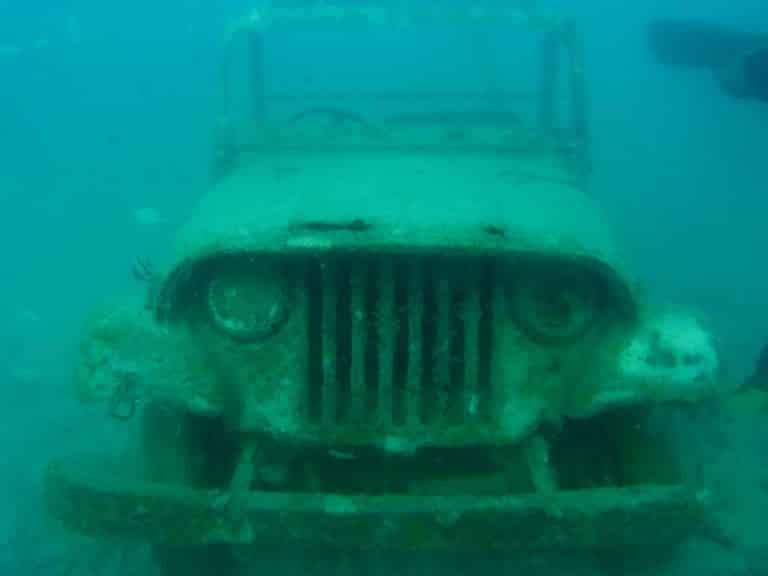 Scuba diving holds many mysteries in the murky depths. A couple of scuba divers found an ancient jeep just rusting away at the bottom of the lake. There were no people or their remains found with the Jeep, so it is unclear how this vehicle ended up on the bottom. 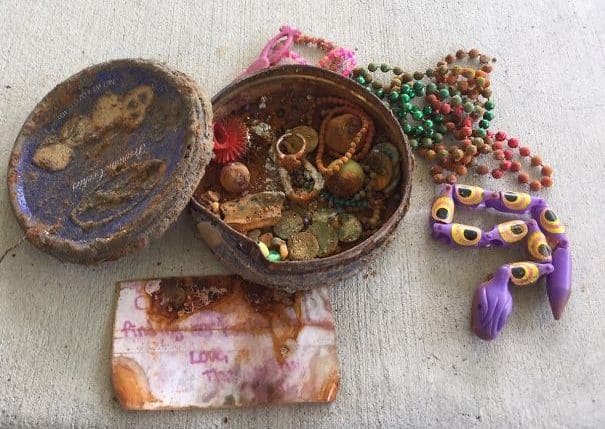 Finding a time capsule would be very exciting. The person who found this one had to crack open the side to see what was inside. Rather than newspapers of the day and other objects, including tons of plastic jewelry. Whoever created the capsule is a mystery, but we know they loved costume jewelry. 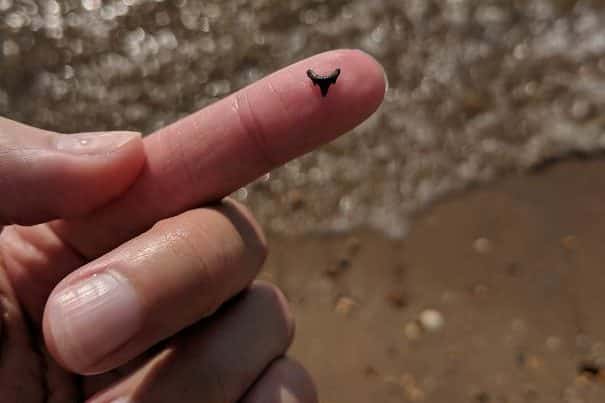 Know what this is? This tiny little object happens to be a baby shark tooth. Strangely enough, it was found in the Potomac River. How on earth did a shark make it to the Potomac River? It’s amazing that someone even found this and could identify it. 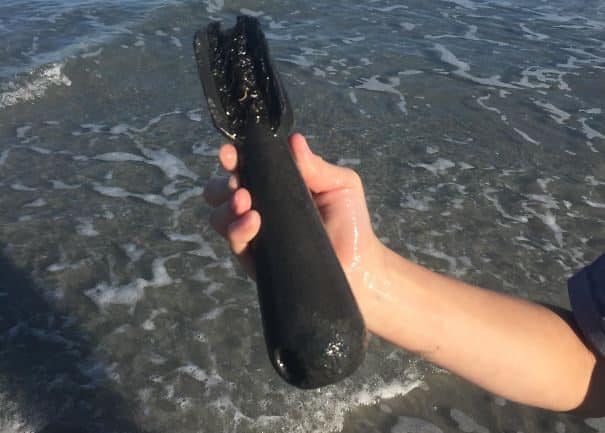 It’s fun to walk the beach looking for shells and coins. This man got a lot more than he bargained for when he found was it actually a practice bomb. It was unclear if this was a homemade bomb or an old round that the military used for training exercises.