15 Must See Images That Were Taken Just Before Tragedy Struck

Life can change in an instant.  For some people, death is seen as something terrifying, while others believe it represents a person moving on to a better place. These fifteen photographs were taken right before someone lost their lives. They reveal how important it is to live every moment to its fullest, because you never know when it will be your last. 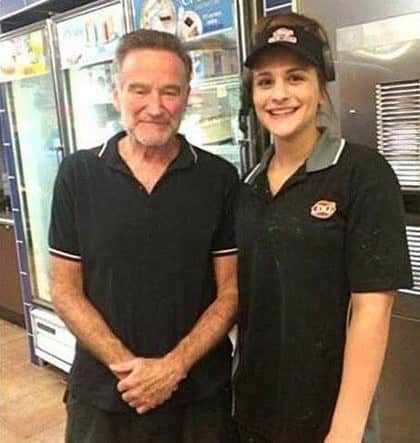 Robin Williams posed with a fan just a few days before he hanged himself in his home. The comedian had been struggling with depression and anxiety and had been diagnosed with Parkinson’s Disease. On this day he was suffering but gave his time to this young fan. 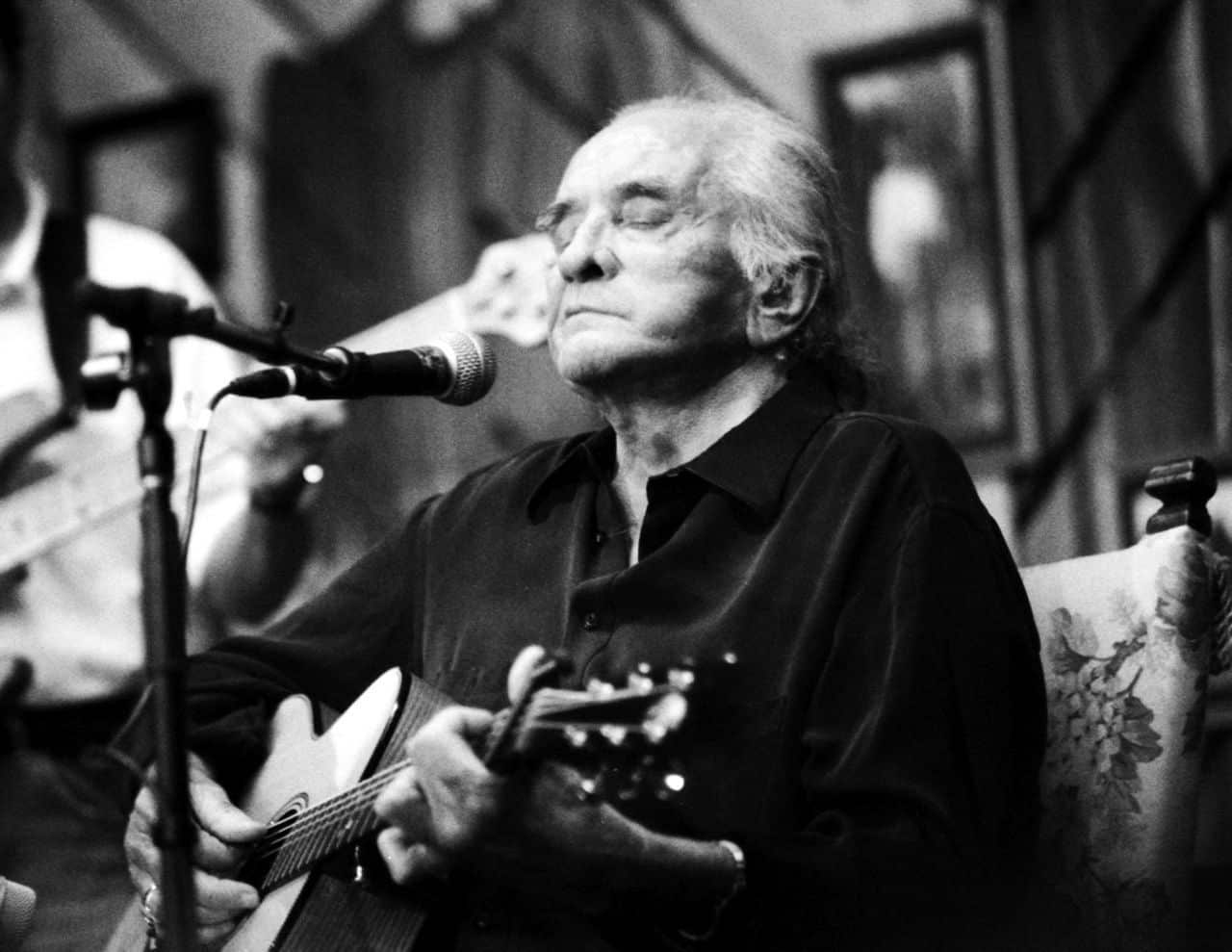 Johnny Cash was one of the most prolific artists of the 2oth century, and his incredible output only increased when he was in his 60’s. The singer-songwriter produced many new albums with musicians from rock, pop and country music during the last decade of his life. This photo shows cash playing what turned out to be his final show, at The Carter Ranch in Hiltons, Virginia. He died a few months later. 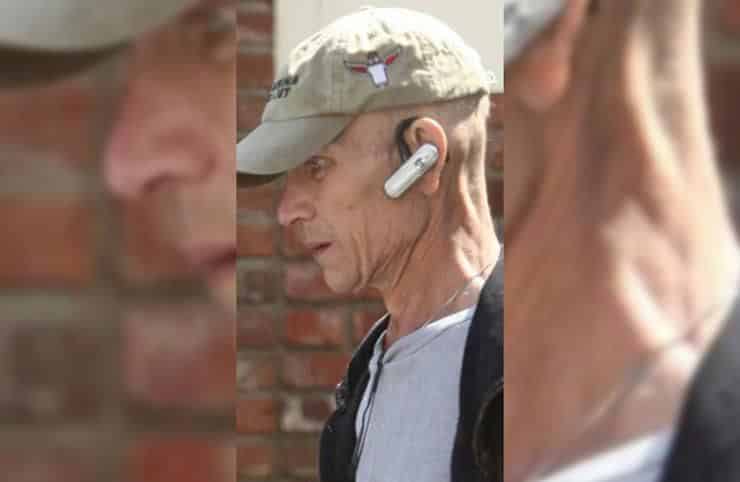 Patrick Swayze made many people swoon with his dance moves and his acting. The Texas native became famous for playing good guys in movies like Ghost and Dirty Dancing. Swayze fought a very public battle with pancreatic cancer and died at age 57. This is the last known photo of the screen legend. 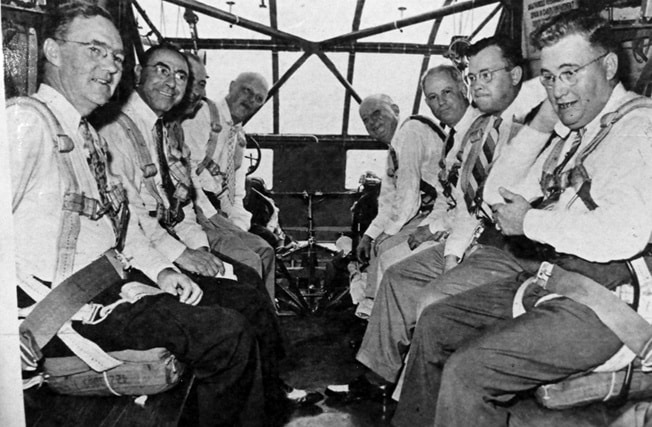 The mayor of St. Louis, William Dee Becker, died on a test flight aboard a military glider in 1943. In this photo he has no idea what is about to happen. Unfortunately, the glider reaches about 2,000 feet before suddenly plummeting after its release from a cargo plane. Everyone on board was killed. 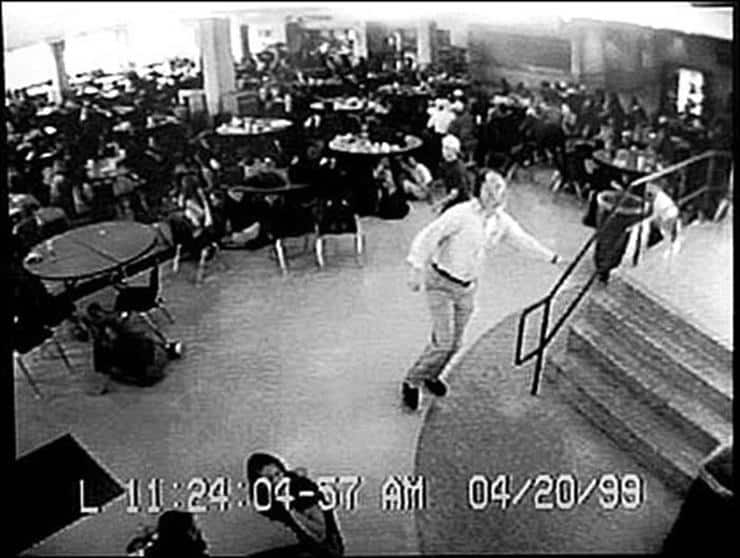 The Columbine High School shooting remains one of the most terrifying school shootings in American history. On April 20, 1999, Eric Harris and Dylan Klebold came to school and committed a mass murder, killing 12 students and one teacher. William Dave Sanders, a beloved teacher, ran to the cafeteria to warn students that the shooting was happening. He saved hundreds of lives, but lost his own. 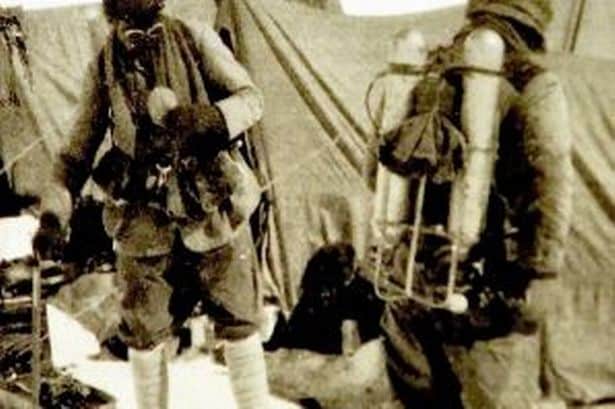 Famous explores George Mallory and Sandy Irvine knew they were on a treacherous hike. This is them at their Mount Everest base camp in 1924. Both perished on this hike. As far as the world knows, this is their final picture. They were last seen along the North East ridge trying to reach the summit of Mt. Everest. No one knows if they made it. 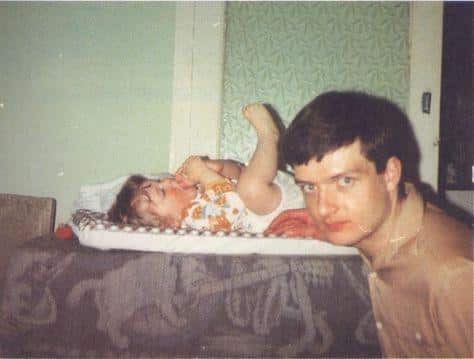 Groundbreaking pop band Joy Division influenced an entire generation of music. Ian Curtis was the brainchild behind the band. Curtis has long suffered from depression and epilepsy. He committed suicide on May 18, 1980, right before the band was to depart on their first major tour of North America. This picture is Curtis with his daughter just five days earlier. 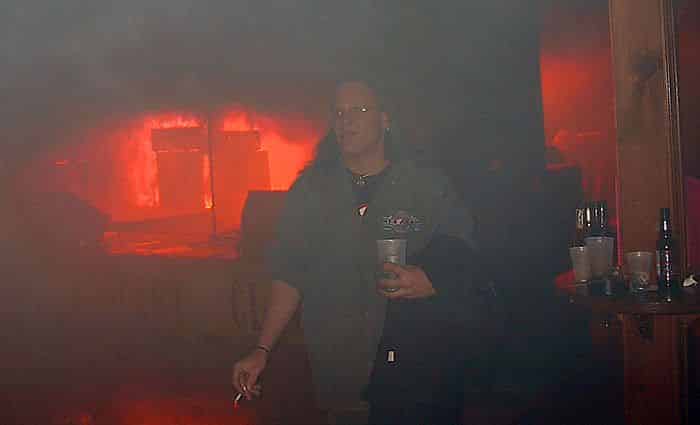 This is Jeff Rader’s last photograph. He was about to die in the deadly nightclub fire at The Station in Rhode Island, which took place on February 20, 2003. The tour manager of Great White had set off pyrotechnics that started the fire, which burned up flammable installation foam that was in place throughout the night club. One-hundred people died in the fire. 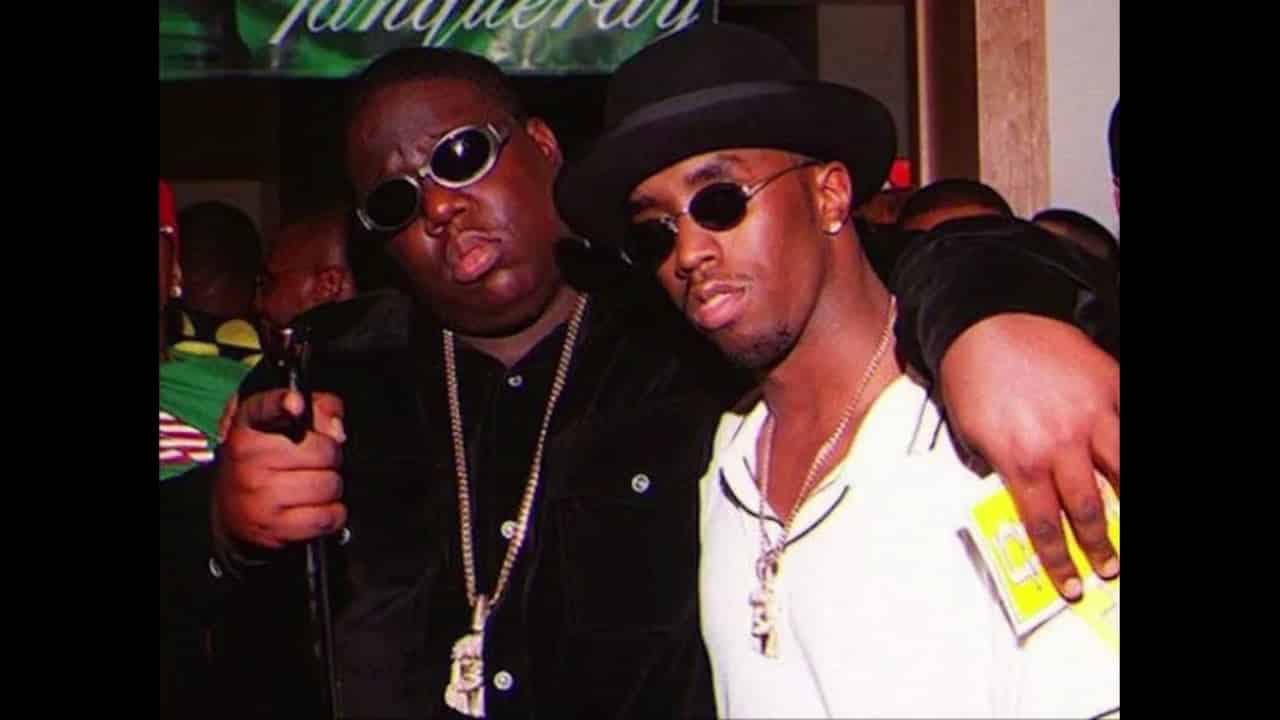 Famous rapper the Notorious B.I.G. poses here with Sean Puff Daddy Combs. A few minutes later, he would be killed by an unknown shooter as he was driving down the street. Biggie’s producer, Sean Combs, would go on to become a superstar. The murderer was never caught.

6. Joe Kelly and His Boys 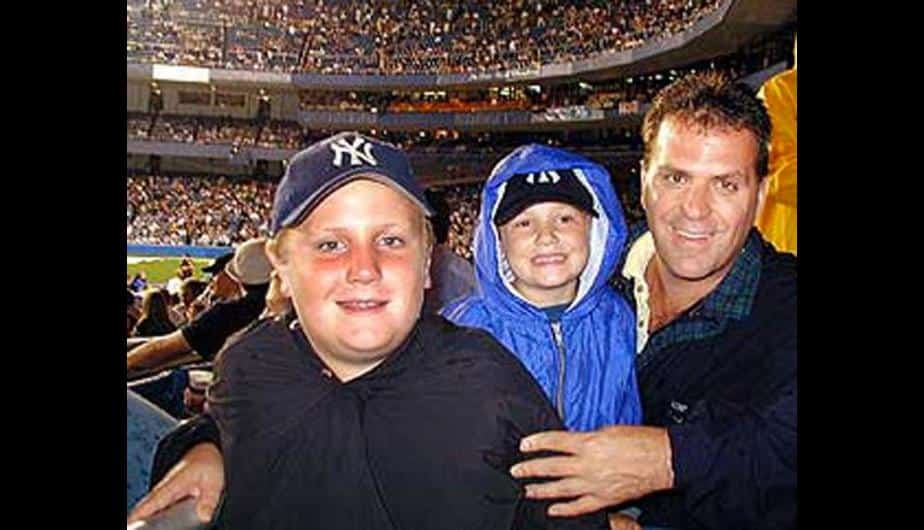 On the day this photo was taken, Joe Kelly had the time of his life with his two boys at Yankee stadium. It was September 10, 2001. The next morning, Kelly lost his life when terrorist flew airplanes into the World Trade Centers in New York City.

5. Darsh Patel and the Animal That Would Kill Him 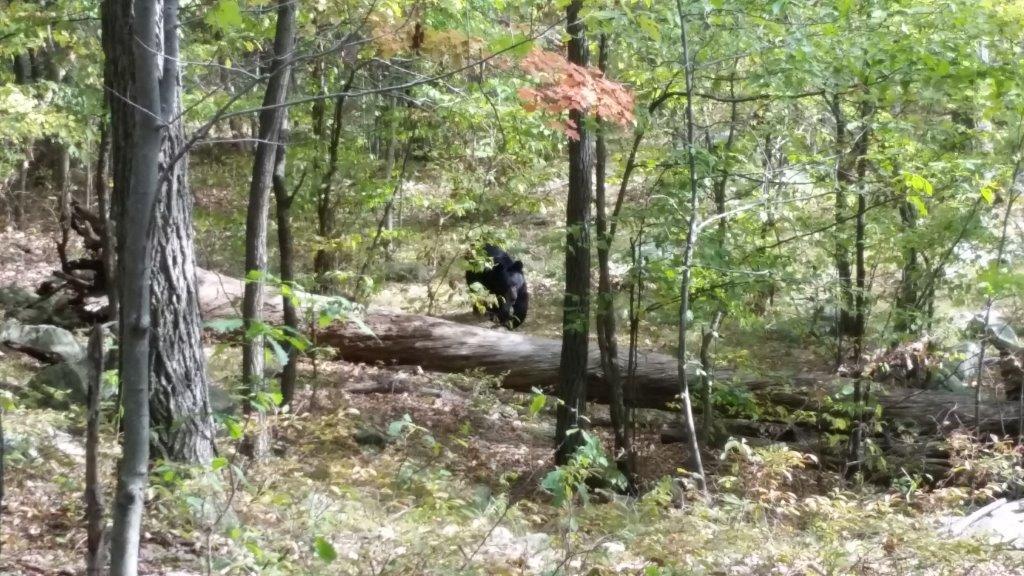 Darsh Patel had no idea how much danger he was in when he snapped this picture of a black bear in the woods. The black bear then rushed Patel and killed him. Police found the photo on Patel’s phone. Other hikers survived, but Patel was not so lucky. The bear also punctured his phone with his fangs. 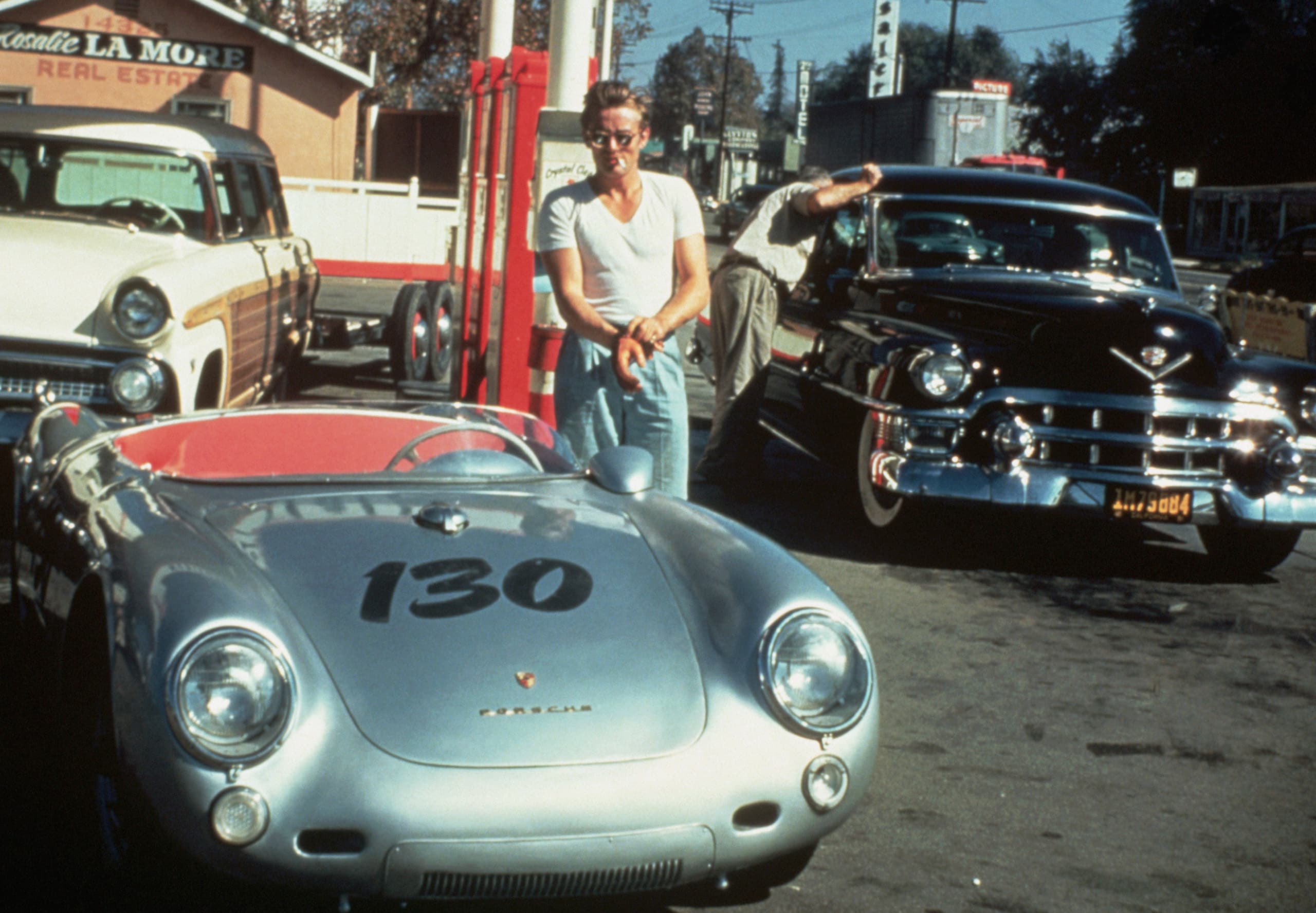 James Dean was a heartthrob with a long career ahead of him when he stopped to gas up his Porsche. A few hours later, the actor was killed in a fatal car crash. It was 1955 and Dean, an avid racer, was on his way to a race when the car crashed. Dean was 24. 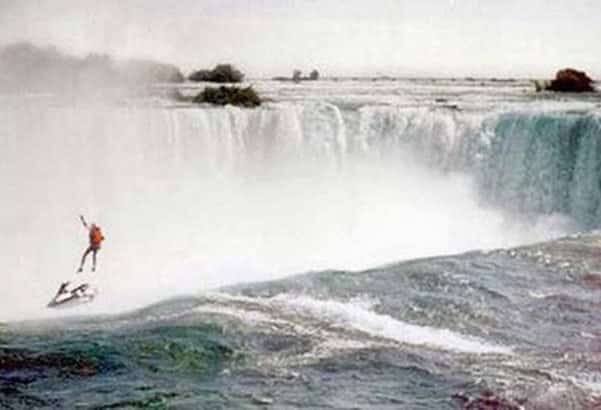 Robert Overacker was jet skiing over Niagara Falls to raise awareness for the homeless when he had an unexpected mishap. It was October 1995, and the 39-year-old’s parachute was supposed to open as he went over the Falls. Instead it failed to open, and he plummeted to his death. 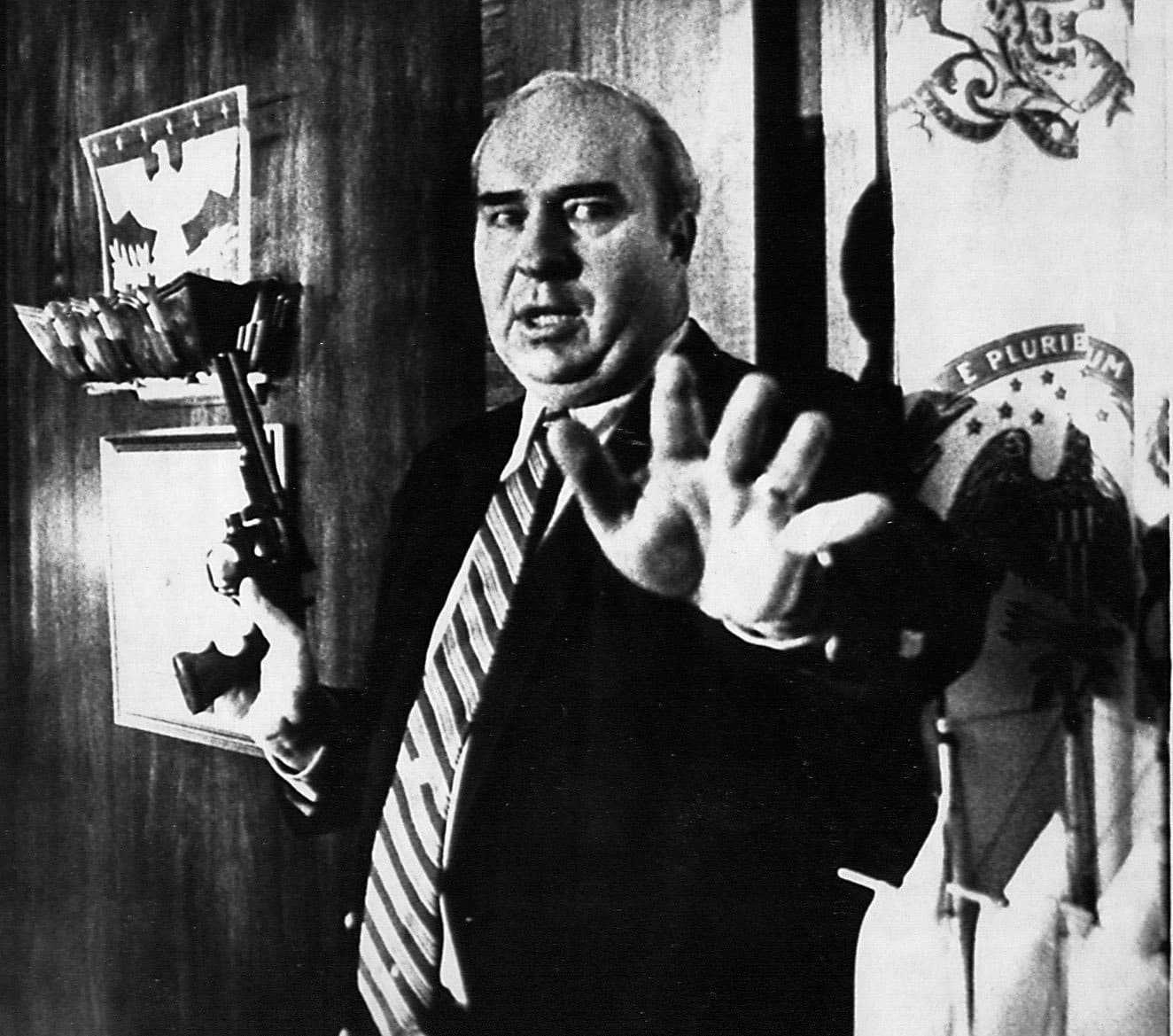 The most shocking live event in news history was about to occur when this picture was taken. Budd Dwyer was the Pennsylvania state treasurer who was being investigated for bribery. He called a news conference and then pulled out a revolver and committed suicide on air. Although Dwyer was accused of bribery, it turned out he was innocent all along. 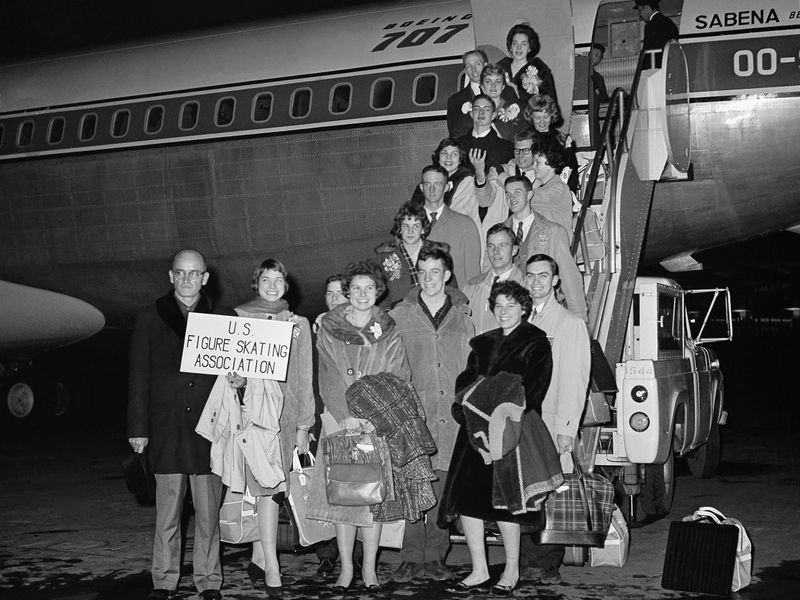 This vintage photograph of the United States Figure Skating Team on Valentine’s Day, 1961, shows young people and their coaches on their way to the World Figure Skating Championships in Prague. Sadly, the airplane crashed on its way from New York to Belgium. All passengers died, ending the careers of every skater on board.