A Danish dental assistant may have just made the discovery of a lifetime! While exploring along a muddy island, this woman unearthed something that completely stunned her. Her discovery was so amazing that it has gotten the researchers and archaeologists scratching their heads. 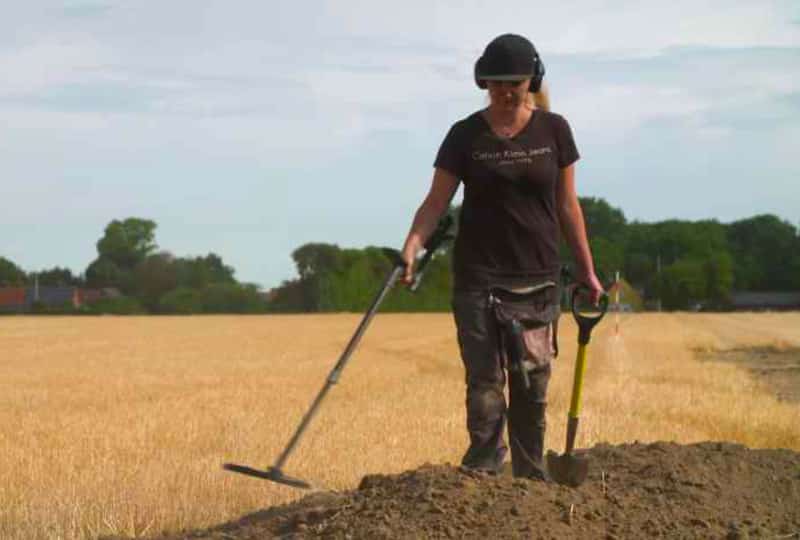 A Danish woman named Terese Refsgaard who works as a dental assistant recently came across an incredible discovery. For many years, the dental assistant has had quite an interesting hobby. She has engaged in amateur archaeology. 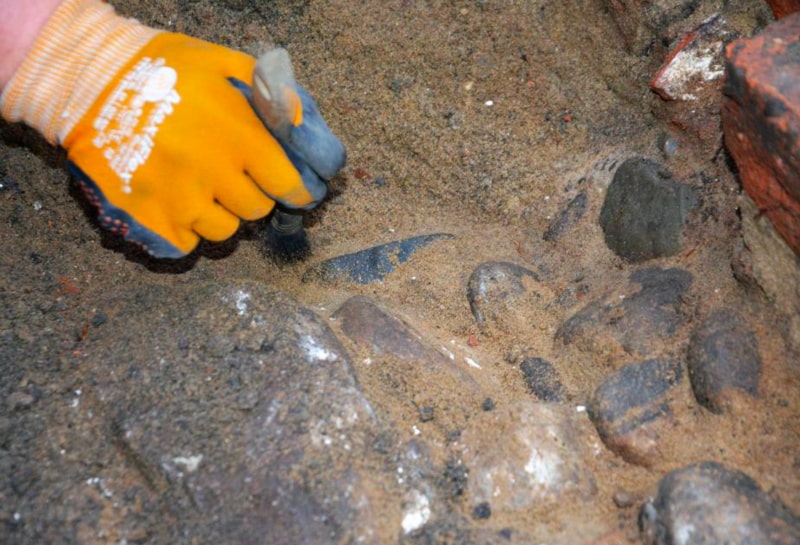 While working as a dental assistant is great, Refsgaard has always had a fascination with archaeology. Throughout the years she has attempted to make discoveries by searching them out. However, she hasn’t been successful until her most recent discovery. 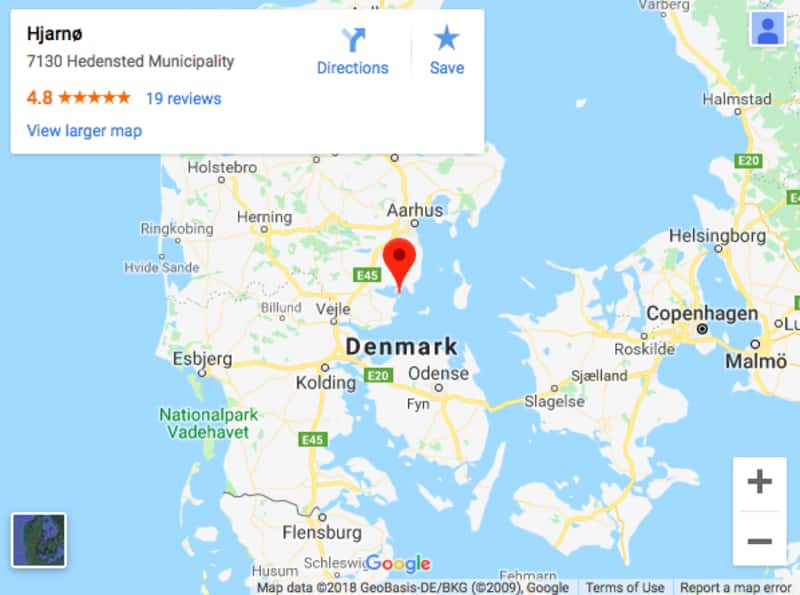 The amateur archaeologist was  hunting around on the muddy island of Hjarnø near Horsens. As she was looking around, she began to notice something weird inside of the muddy earth. That’s when she decided to do some digging… 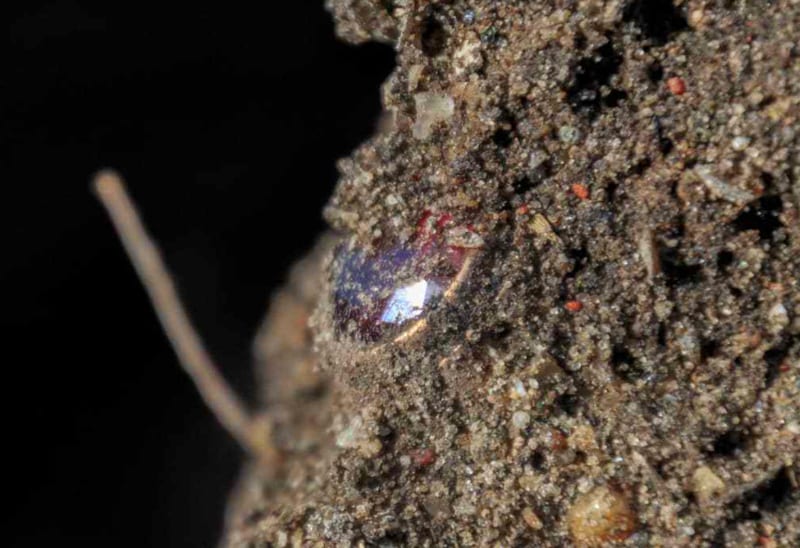 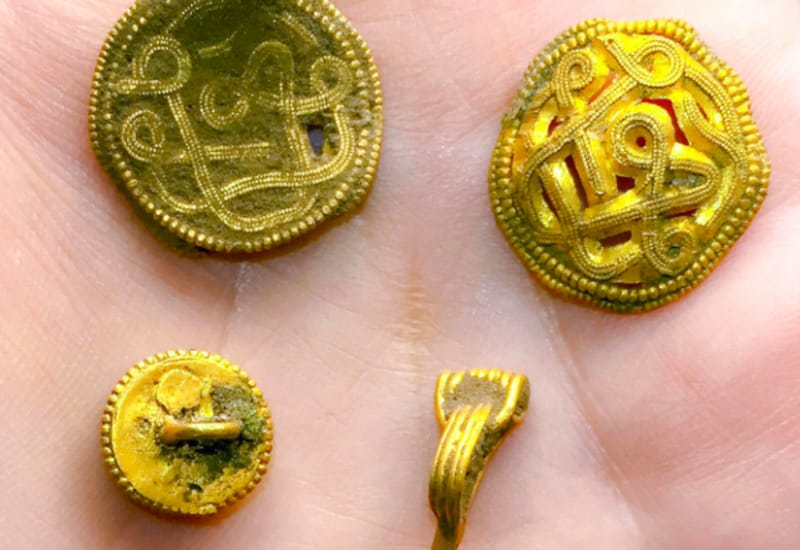 The amateur archaeologist couldn’t believe her eyes when she finally pulled out her discovery. It seems that she had managed to unearth over 32 pieces of jewelry. This included gold and pearls that are over 1,500 years old. 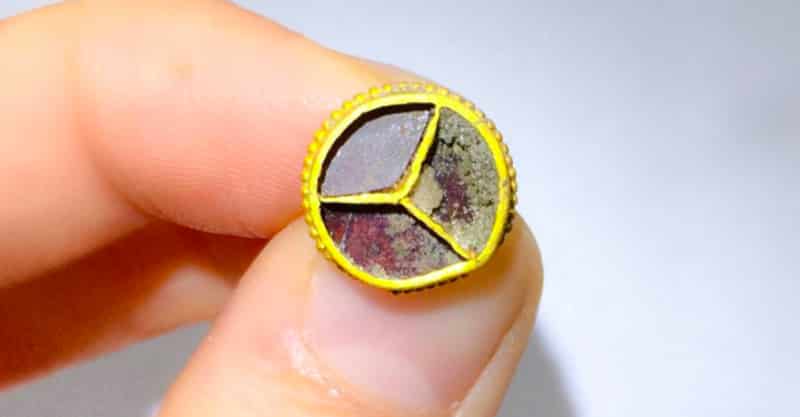 Mads Ravn, the research head at Vejle Museums, believes that the gold and jewelry may date as far back as the 6th century. This would predate the Viking period! “Years can go by without amateur archaeologists finding gold, and some never do, so this is amazing,” Refsgaard told DR. 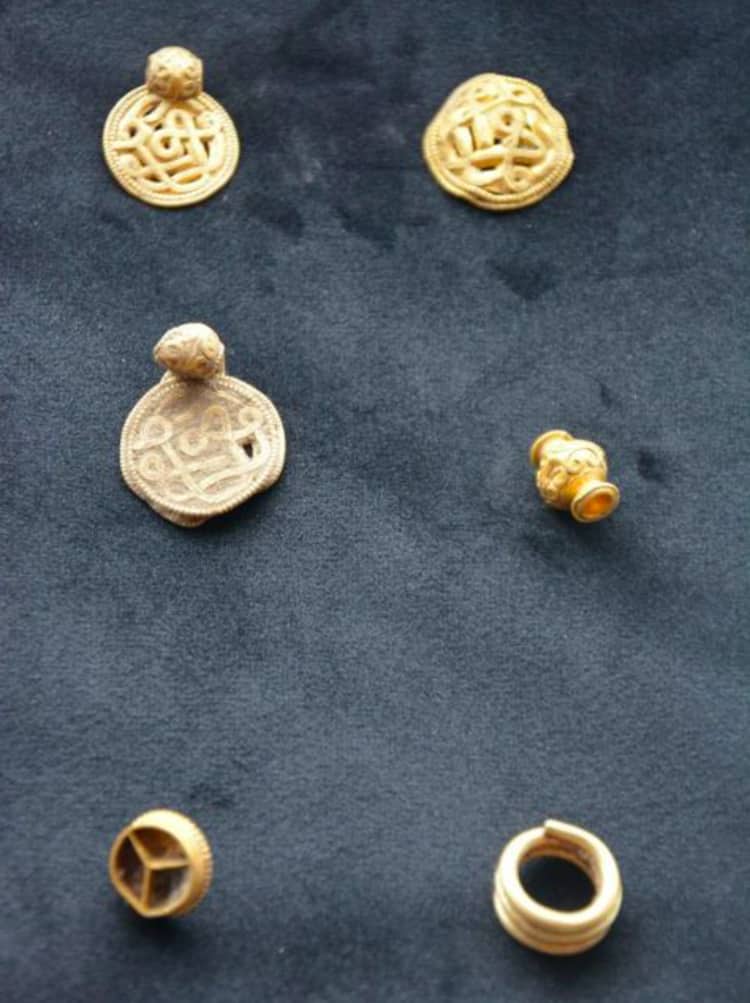 There were even more findings as Refsgaard looked at the pile. She also managed to unearth beads, pendants, a needle, and small pieces that people probably used as currency back then. It was an incredibly discovery… 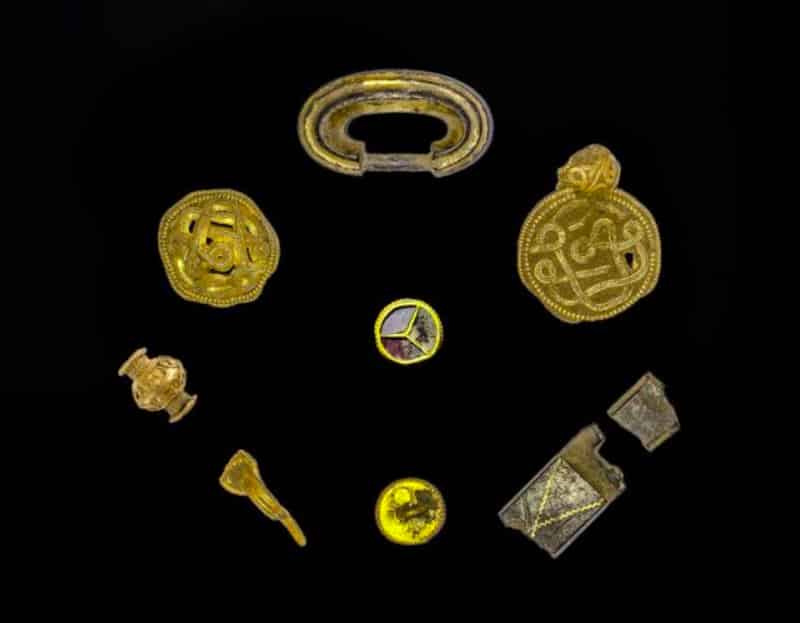 Since she has made her discovery, archaeologists and researchers have taken the objects to study them better. 27 of the objects discovered were made of pure gold. “The find suggests that people from Hjarnø had contact with the Roman empire,” Ravn said. 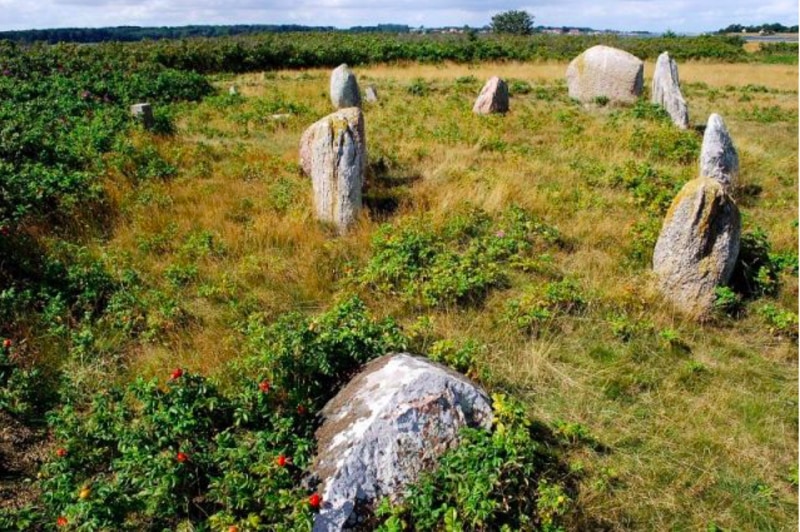 The island of Hjarnø has quite a rich history as this isn’t the first ancient discovery people have made on the island. There have been discoveries of ancient arrowheads that date back many centuries. Artifacts have also washed up along the shore. 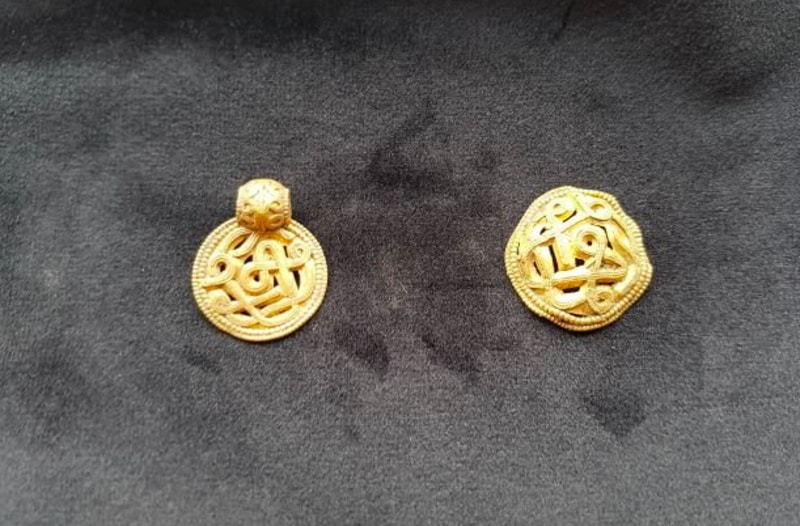 Many archaeologists believe that this golden treasure that was discovered by Refsgaard was actually used as a sacrifice. They believe that the gold was used as an offering to appease “angry gods.” It is an interesting theory that explains how the gold ended up under the ground. 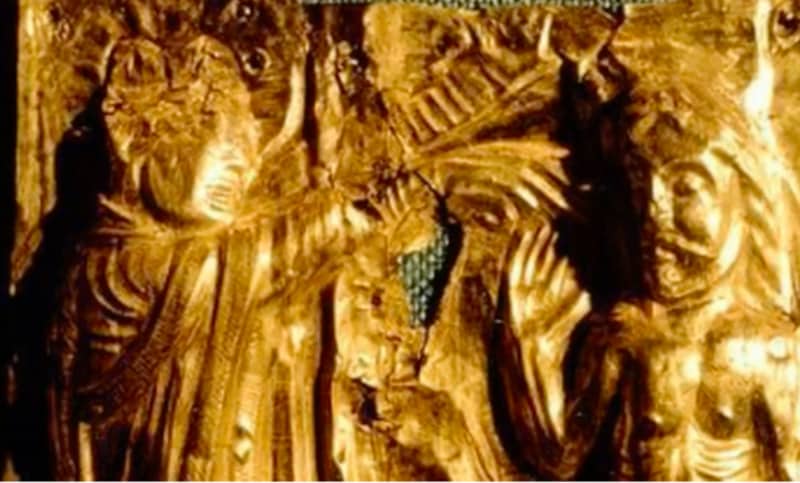 Individuals that were connect to the Romans “probably took part in raids there, so our find is a small legacy from a turbulent time in world history in which gold speaks its own clear language,” Ravn told DR. The researchers have been able to make the Roman connection thanks to the unique patterns and designs of the gold. 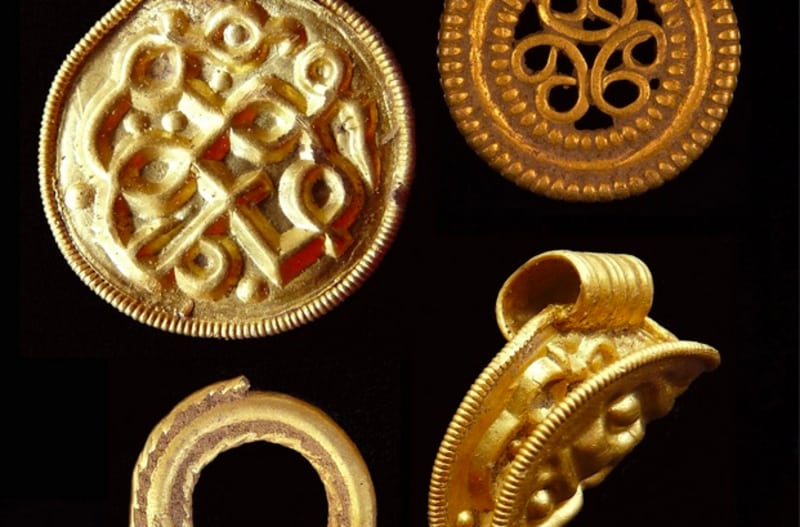 The head of research on the gold pieces spoke out about the unique design of the gold. “In terms of craft, they are completely unique, with gold markings that almost form spirals,” he said. “That is evidence of a high level of skill.” 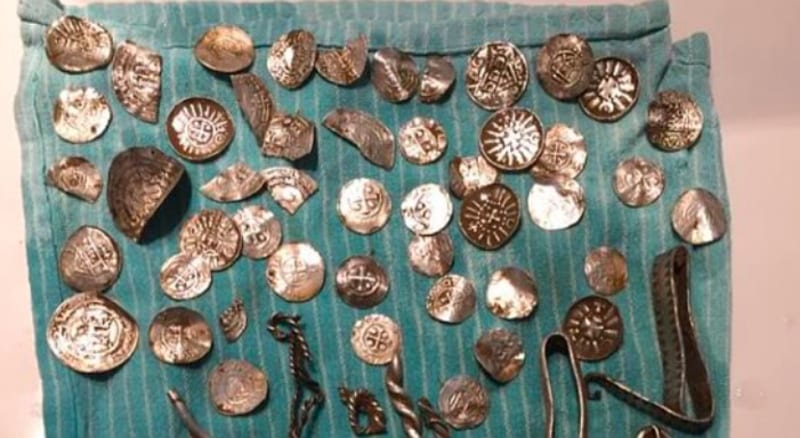 Another researcher that writes for Phys.org also decided to write about the various theories and findings surrounding the coins. “We think that it was a typical offering made in the hope that the gods could help those who buried the treasure through a difficult time. And we know that it dates to the 6th century.” 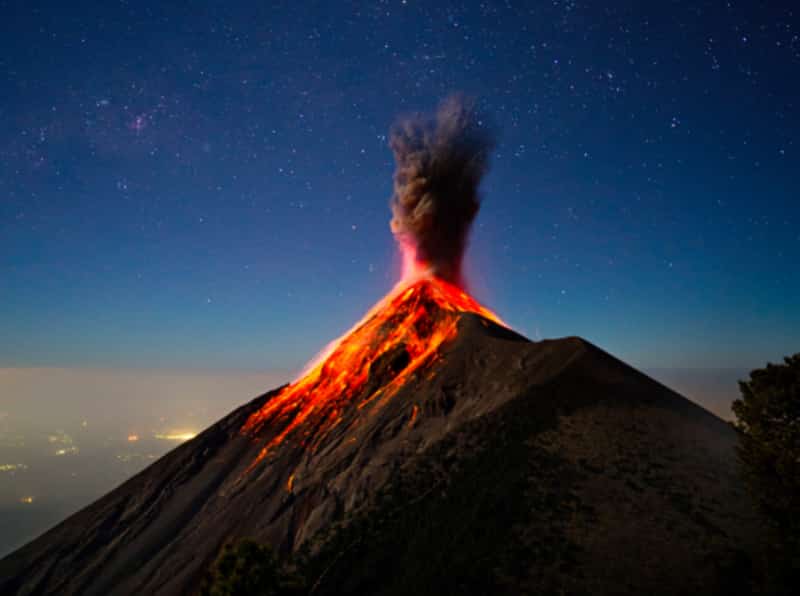 “Was it intended to appease angry gods and end the poor summers and dark skies following the El Salvador volcanic eruption? Or was it thanks to the ultimate collapse of the Western Roman Empire a few decades earlier, whereby the gold was brought to Denmark by returning ‘new rich’ aristocrats, who defined a new ritual practice and religion based on the Nordic Gods? We do not know,” the researcher reported. 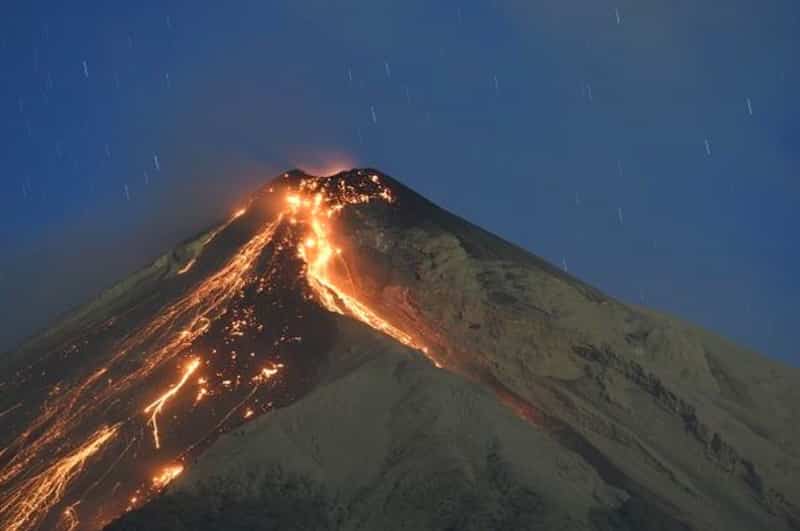 The volcano eruption that the researcher mentions occurred in El Salvador in 536 AD. The volcanic eruption was so huge that it instantly killed 100,000 people. It was so enormous that its effects were felt much farther than in just El Salvador. 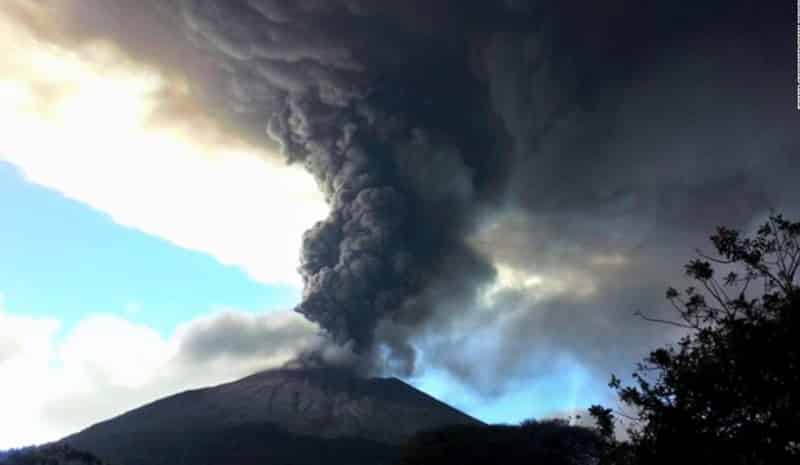 In fact, the skies were filled with ash for the next year after the volcanic eruption. “The sun gave forth its light without brightness,” wrote the Byzantine historian Procopius, “and it seemed exceedingly like the sun in eclipse, for the beams it shed were not clear.” 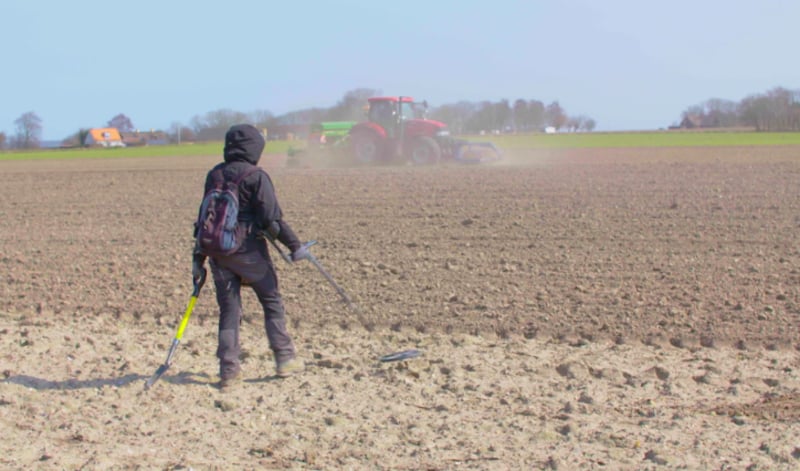 Due to this volcanic eruption, researchers believe that there was a short-lived but highly impactful climate change. This change in climate would have brought about many poor summers and harvesting crops would ave been nearly impossible. Thus, explaining why the people of the island would sacrifice their gold. 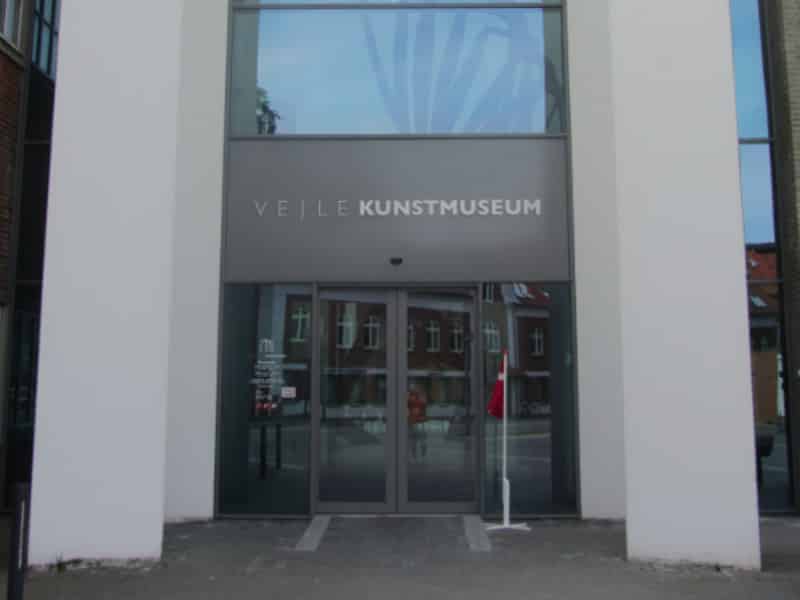 Since being discovered, the gold has been looked over meticulously and greatly studied. These days, it is actually on display at The Vejle Museums. So if you’re interested in seeing it for yourself, you can. 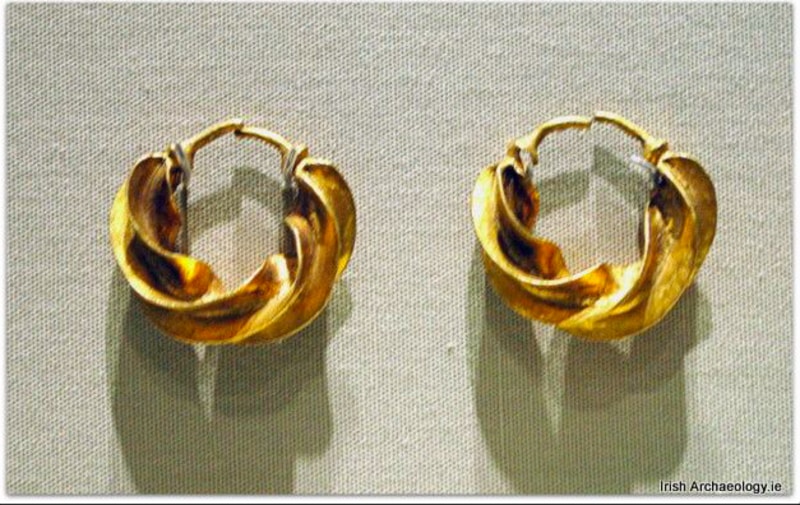 Terese Refsgaard is incredibly proud of her discovery of the precious gold and items. After so many years of taking on archaeology, the hobby has finally paid off. She is glad that she could contribute some more to our understanding of ancient societies. 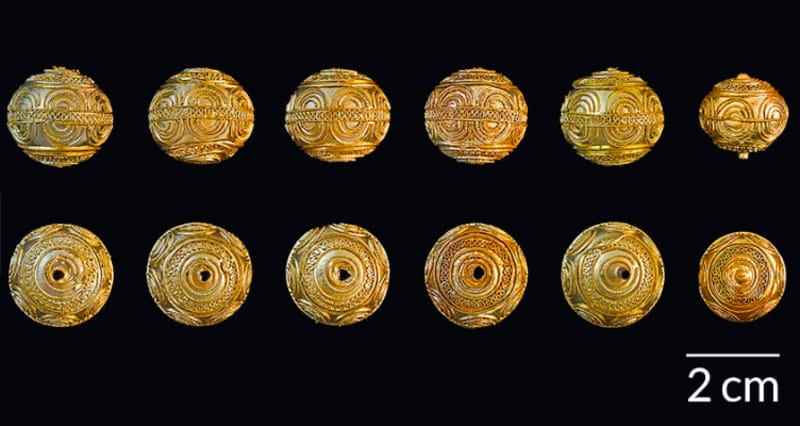 Thanks to her discovery, Terese Refsgaard has managed to give researchers a better understanding of what was going on on the island of Hjarnø so many years ago. This better understanding can give us better clarity to past histories and allow us to piece together history more accurately as well.