Woman Recognizes The Man Who Saved Her As A Baby From Forest, Now Watch Their Emotional Reunion That Has Left All The Eyes Watery

Deciding to have a child is one of the most important life decisions that you’ll make. After all, bringing another life into this world is a huge responsibility. However, not all children were planned beforehand and many people become parents unexpectedly. Not everyone is prepared for the cost of taking care of a baby so some pretty terrible situations happen as a result. When one man discovered a baby in the strangest way he managed to do something that would impact the baby’s life forever… 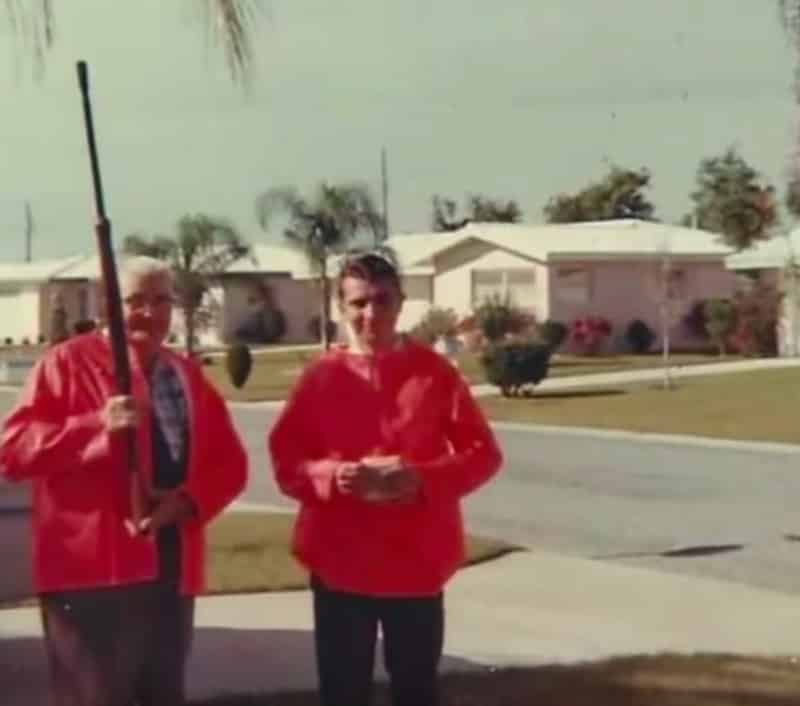 On September 2nd, 1955, something would happen that would change Dave Hickman’s life forever. Although the man now lives in Tennessee, back in 1955 he was somewhere else entirely. Hickman happened to be in the middle of Southern Indiana. 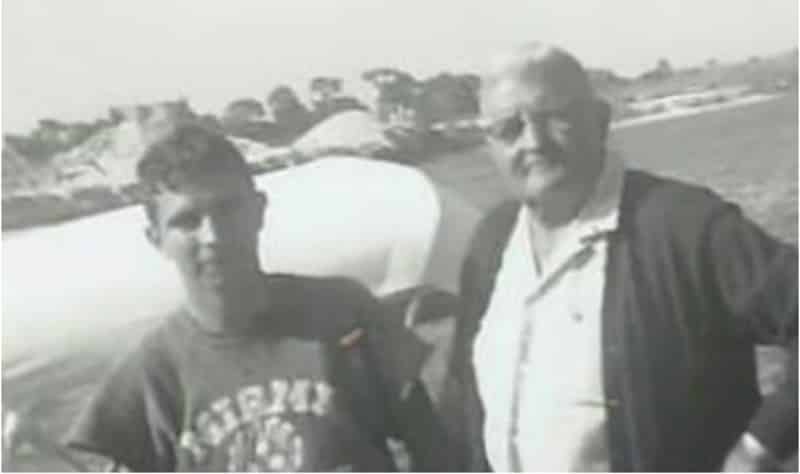 At the time, Hickman was a young man and he was out on a hunting trip with his grandfather. The pair were making their way through the woods when Hickman noticed something strange. There was an odd noise coming from a part of the woods. 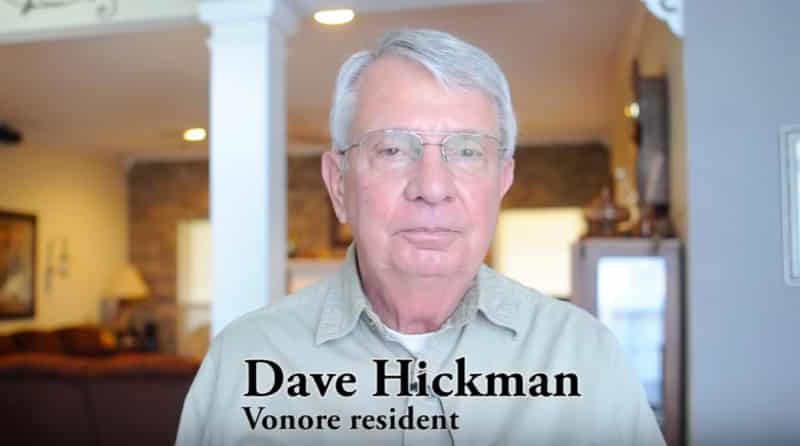 Hickman heard the odd noise echoing through the woods and he immediately wanted to investigate what it was. “I kept hearing a very odd sound. It wasn’t the sound of a baby crying, it was more a soft cooing sound,” Hickman explained. So he hopped over a fence where he figured out the sound was coming from. 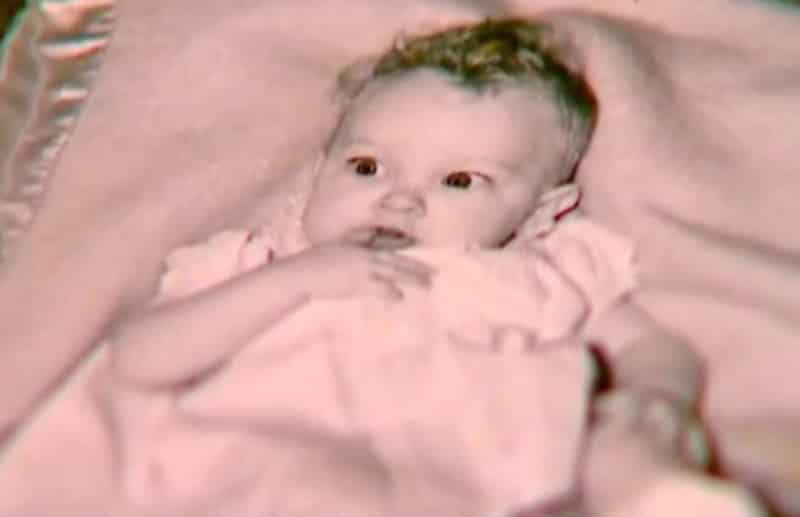 As Hickman made his way through the grassy area, he came across a shocking discovery. There in the middle of the grass was a little baby. The worst part was that the baby looked like it was in a really bad condition. 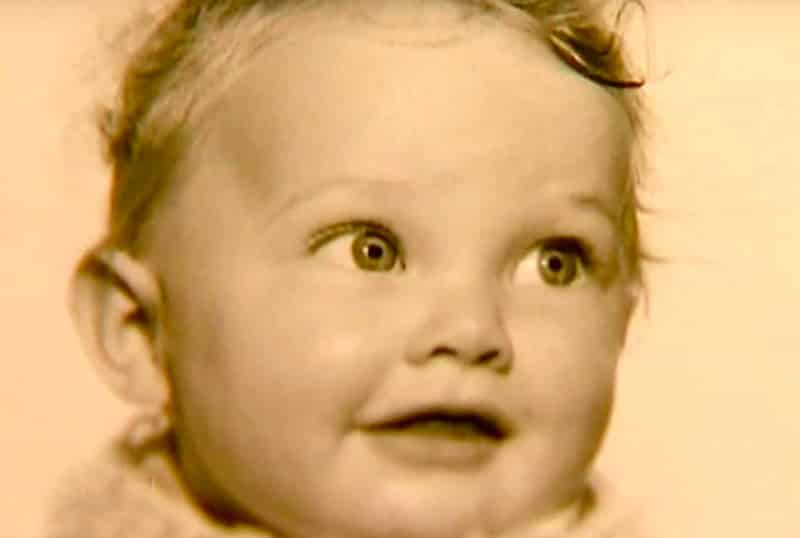 By the looks of it, it was obvious that the baby had been purposely abandoned in the grassy area. Hickman couldn’t believe his eyes. “She was soaking wet and her lips were blue,” Hickman said. “She was wrapped in a towel.” 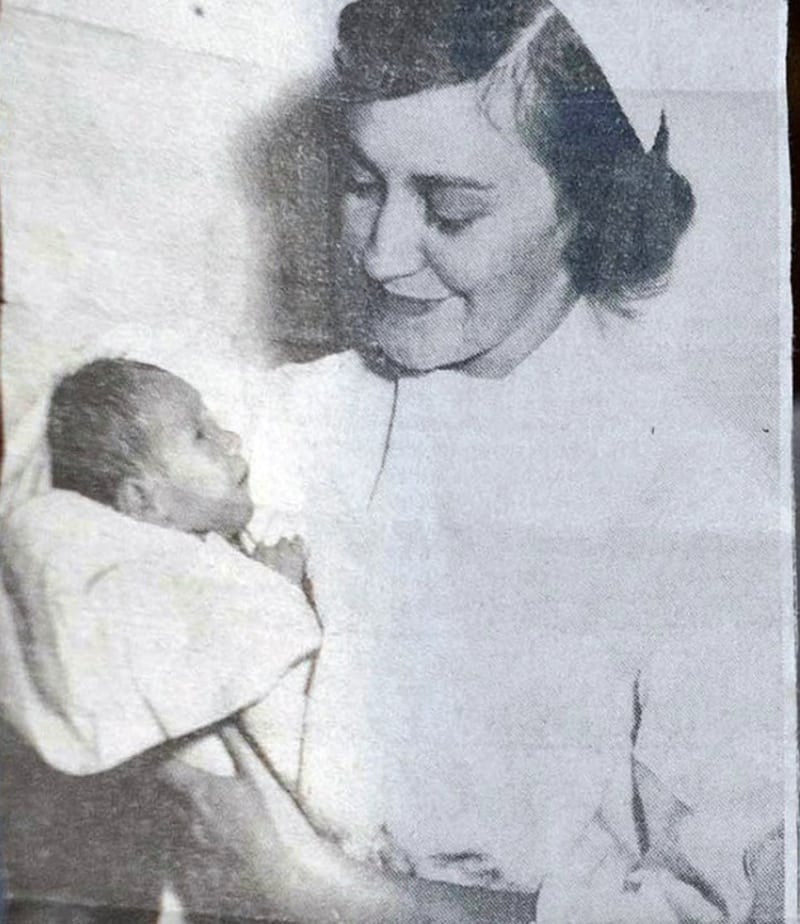 Hickman immediately ran to get his grandfather to show him what he had discovered. Both of the men knew that they had to get the baby help quickly. So they alerted the authorities to the situation so that the baby could be brought somewhere safe. 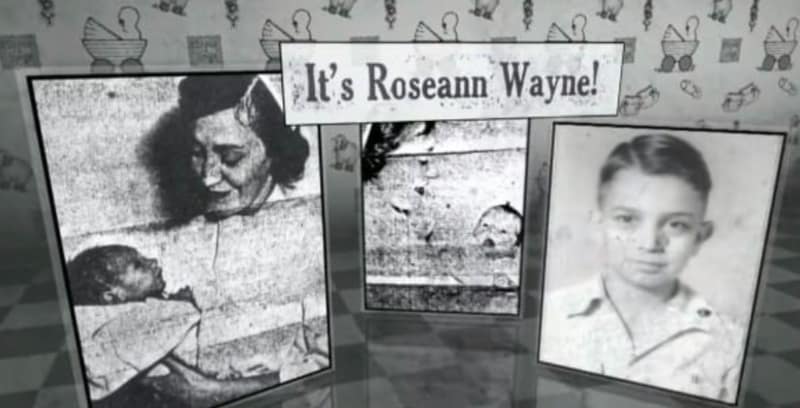 The authorities quickly arrived to the scene as soon as they were called. They then brought the little baby girl to a local hospital so that doctors could look her over. It was at the hospital that she was given the name Roseann Wayne. 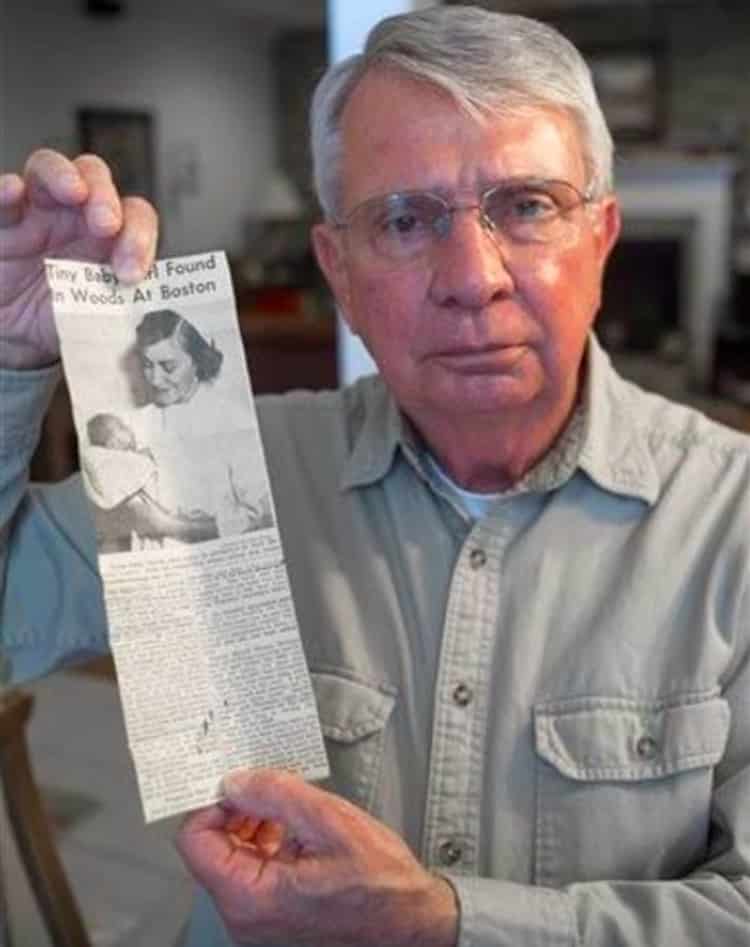 Due to the unique nature of the relationship, the hospital even allowed Hickman to have a special goodbye with her. Even though this rescue story happened 58 years ago, Hickman still remembers it just as clearly to this day. In fact, the face of the baby has stayed with him after all these years. 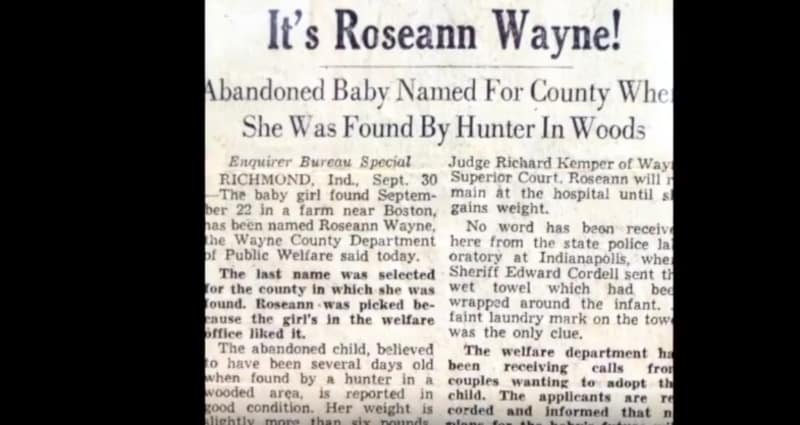 As the years passed by, Hickman wanted to track down the little girl that he found in the grass. He soon began to attempt to track her down for a while. However, every time he thought he was close to finding her his search came up short. 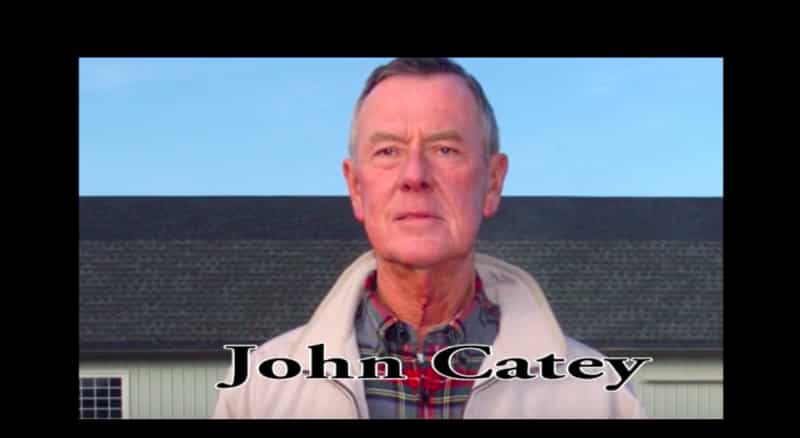 Finally, Hickman decided to give it one last shot to find the little girl. He decided to get in contact with John Catey, the retired sheriff of Wayne County in Indiana. Hickman hoped that with Catey on his search team that they would finally be able to track her down. 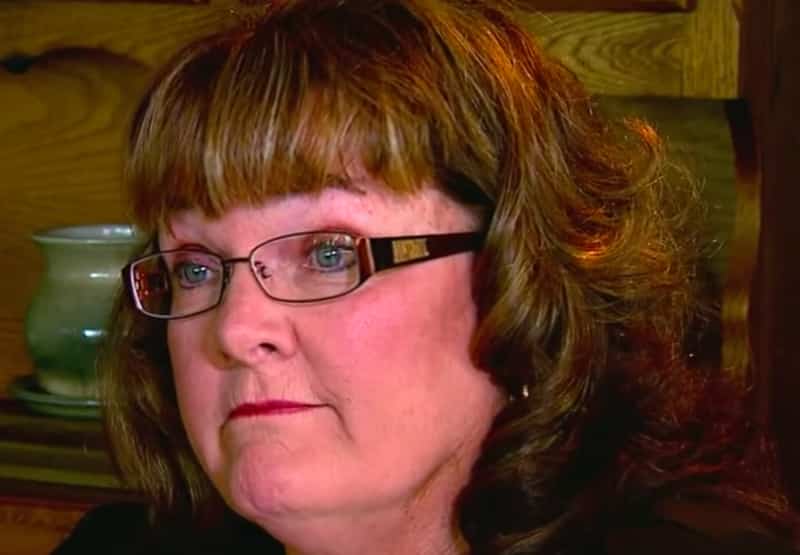 It was truly a lucky thing that Hickman got in touch with Catey because soon enough the retired sheriff had gotten some leads on the case. It was only two weeks in when Catey brought Hickman a telephone number and a name. 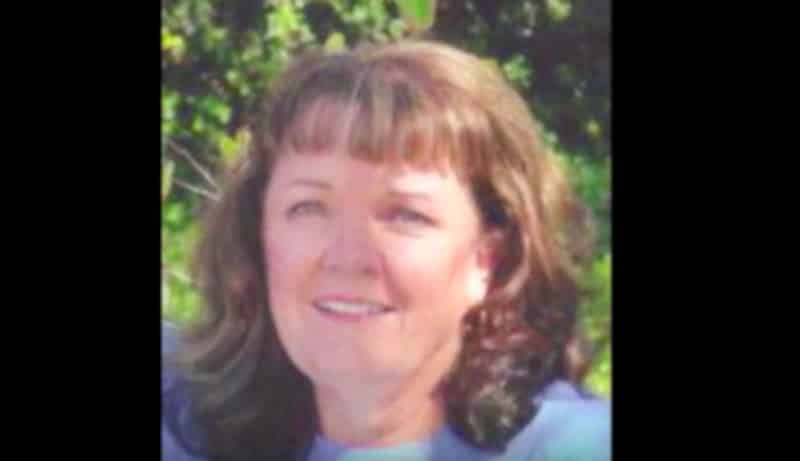 Hickman was given the name Mary Allen Suey. When he called her and spoke to her, he soon found out her background story. It turns out that Mary Allen was the baby that Hickman had found all those years ago! 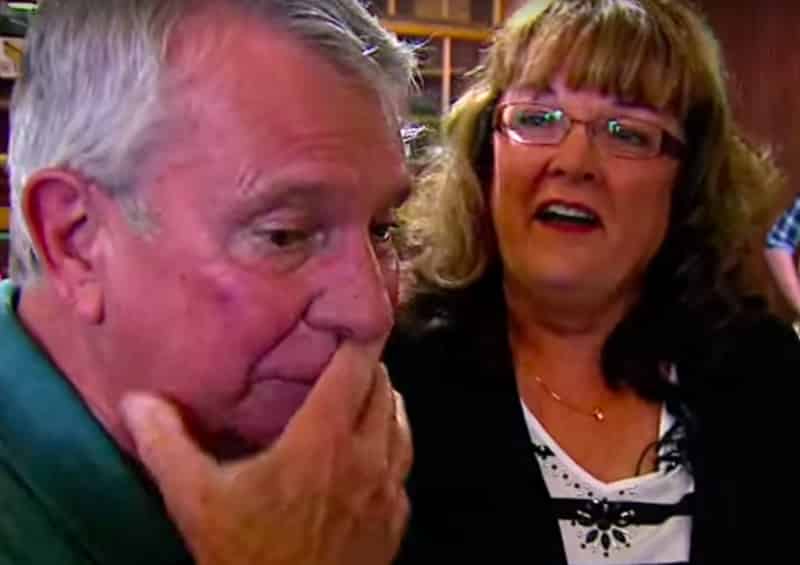 It seems that Mary Allen was adopted by a wonderfully loving couple all those years ago. The family had actually told her the story of her discovery and all throughout the years, Mary Allen wondered about the amazing teenage boy that saved her life. Now the two of them were finally speaking. 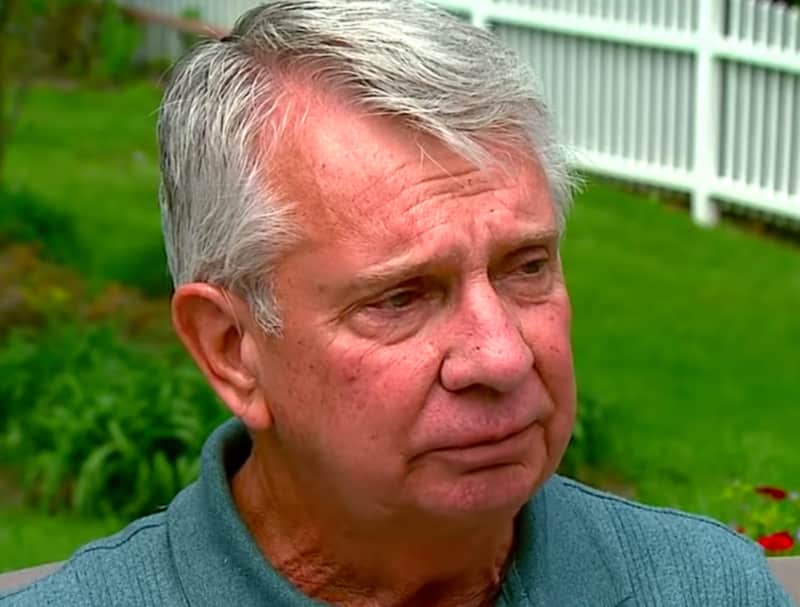 Hickman was overcome with emotion when he discovered that Mary Allen was the baby that he had discovered all those years ago. “I said, ‘My name is Dave Hickman,’ he said. “And then I lost it.” It was an incredibly emotional moment for them both. 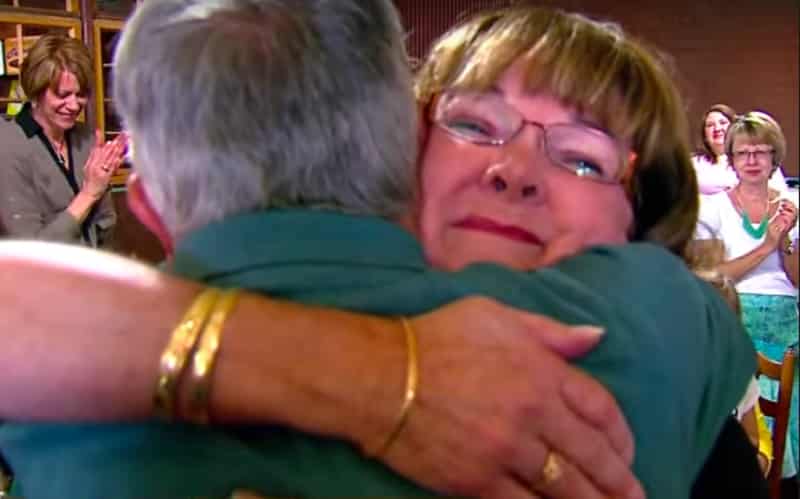 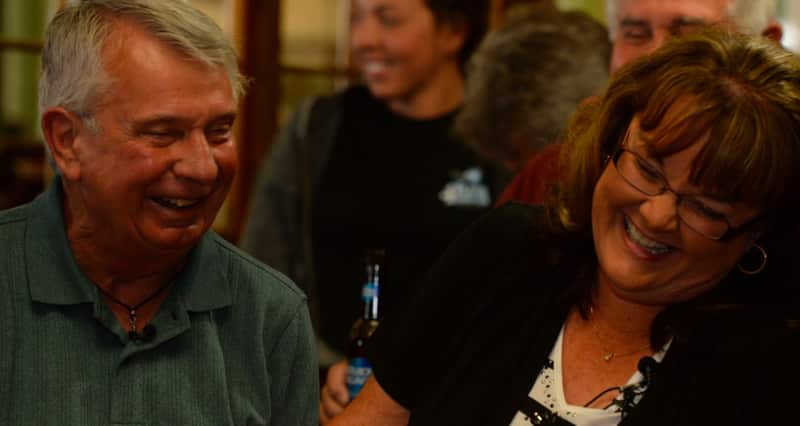 “It’s kind of like Dave’s a big brother I never knew I had,” Suey said. To this day, Hickman still can’t get over the image of the helpless baby laying there in the grass. However, he is now so grateful to learn that the baby has grown into a woman that has had a great life. 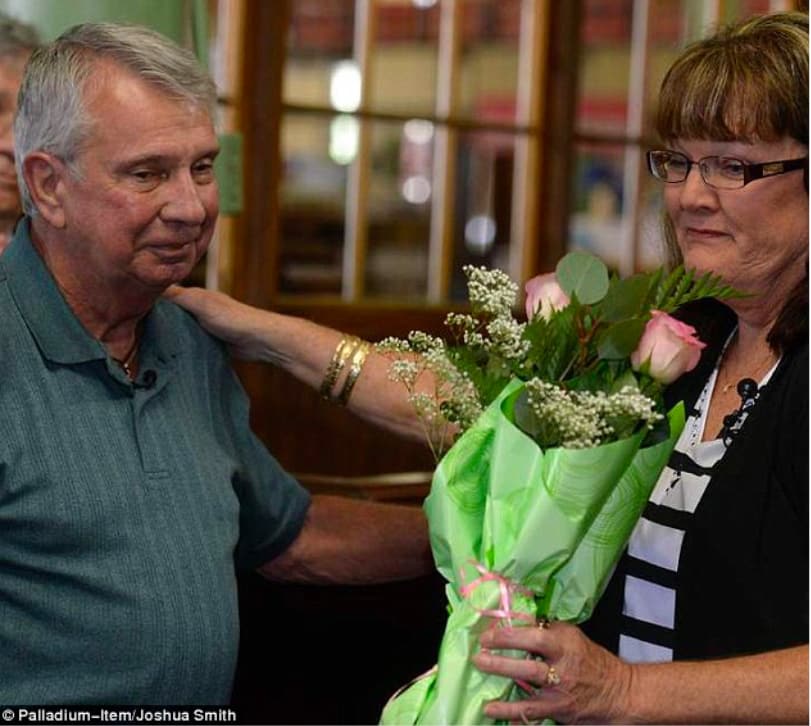 “I see that image of her laying in the weeds and me standing on top of the fence every day of my life,” he said. “At least now I know there’s a happy ending.” Throughout everything, Suey has stated that she doesn’t hold any resentment toward her biological parents. 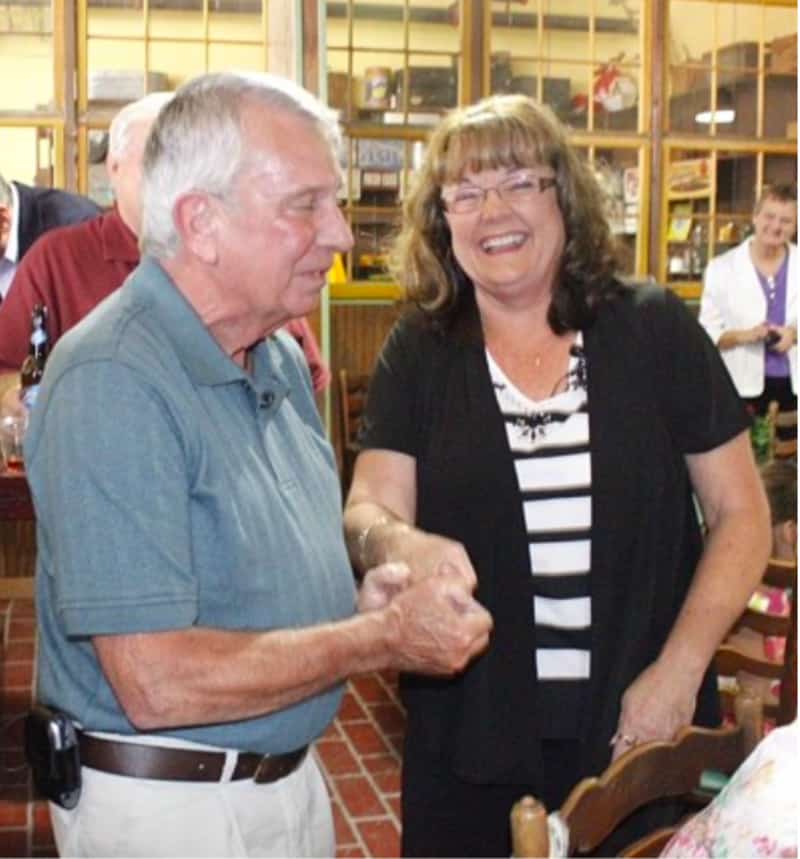 Suey is incredibly happy that she got a chance to reunite with the man that saved her life. She could finally thank him in person for giving her an opportunity to live out a wonderful life. Hickman was also grateful to have been able to see how Suey’s life turned out. 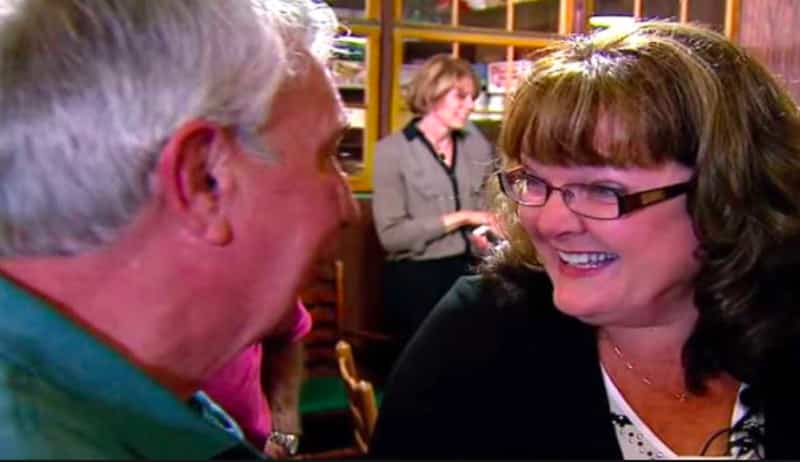 It is truly extraordinary that Suey and Hickman were able to reunite after over 50 years. Not only that, but it is also pretty amazing that the two of them shared such a close bond from their initial meeting. 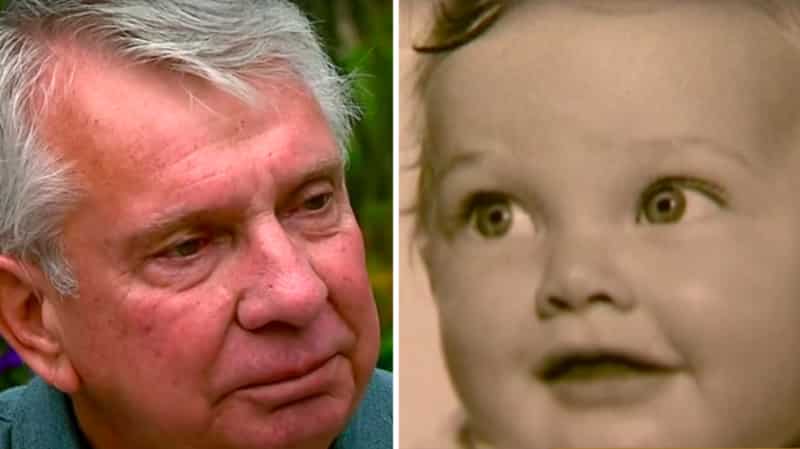 Thanks to Hickman’s keen hearing, he was able to track down a baby that was in desperate need of help. He managed to save the life of this little girl and she was then able to live out a wonderful life. This is truly a happy ending!