Angry Neighbor Calls Police On A 12-Year-Old Boy When She Noticed What He Is Doing, But When The Police Arrives, Things Completely Turn Around

Mowing other people’s lawns has been a lucrative business for young kids all throughout the United States. So when one young boy decided to make some money by mowing lawns over the summer, most would consider it a good choice. However, one woman didn’t seem to appreciate the young boy’s entrepreneurial spirit and called the police on him for the most horrific reason! 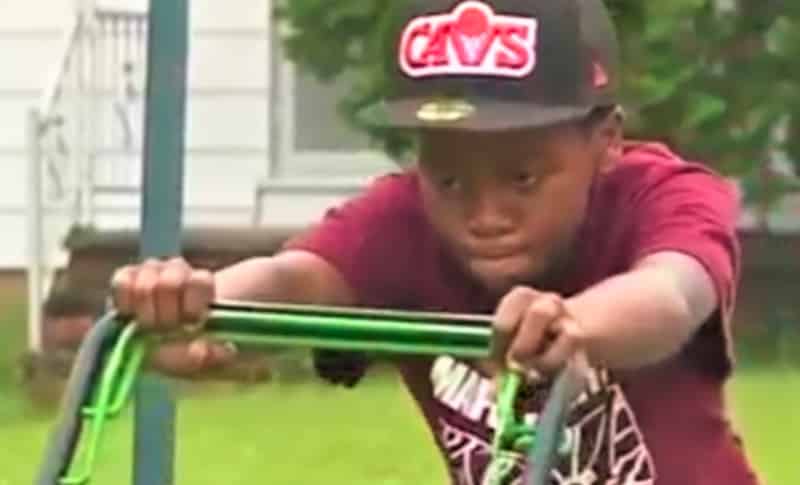 Mowing lawns is one of the best ways for young kids to make some extra money over the summer. That’s exactly the plan one young boy had. Reggie Fields, a 12-year-old living in Ohio, decided that he would start up his own lawn mowing service. 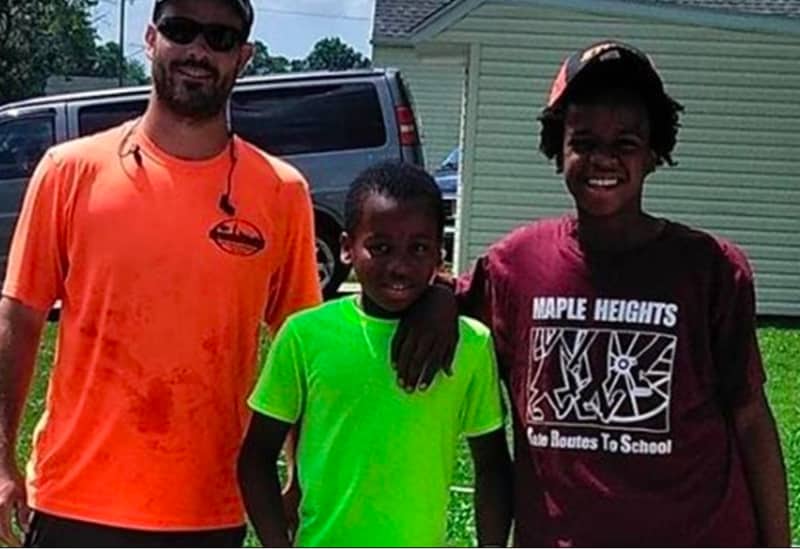 Young Reggie decided that the best way to make some money would be to start up his very own business! So he started Mr. Reggie’s Lawn Service, where he is the owner! Together with his sister and two cousins, Reggie has provided many homes with lawn mowing services. 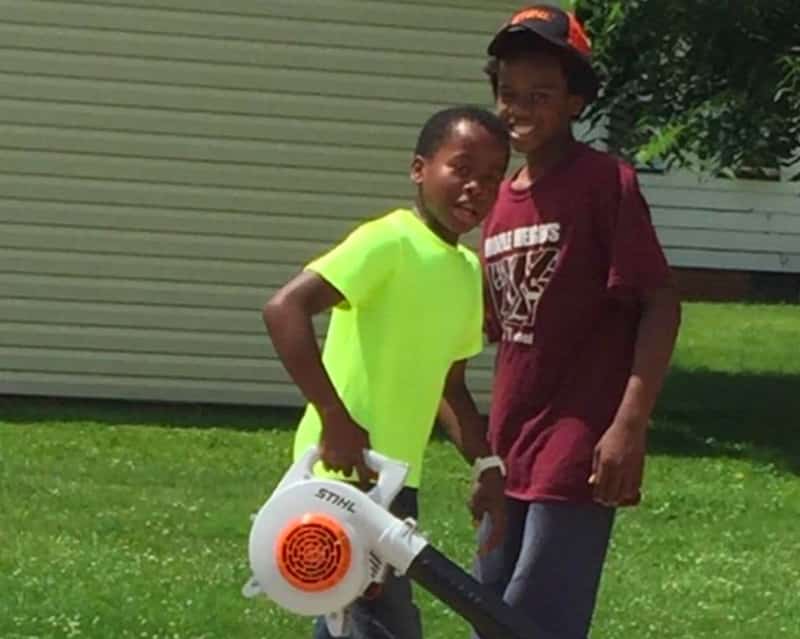 The family-run business operates outside of Cleveland, Ohio. That’s how the youngsters got in contact with Lucille Holt-Colden, 51, when she was shopping at a local Dollar Tree on June 23rd. Reggie was out purchasing a gas canister and some lawn bags. 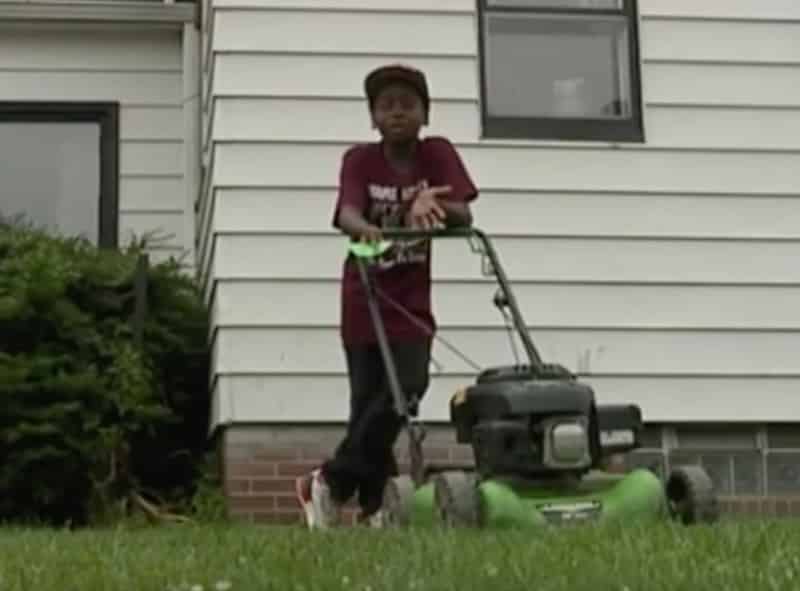 Holt-Colden struck up a conversation with the kids and found out about their lawn mowing service. Her grass was in need of being mowed and she felt that she would be contributing to a good cause by hiring them. So she offered to give them $20 to cut her grass. 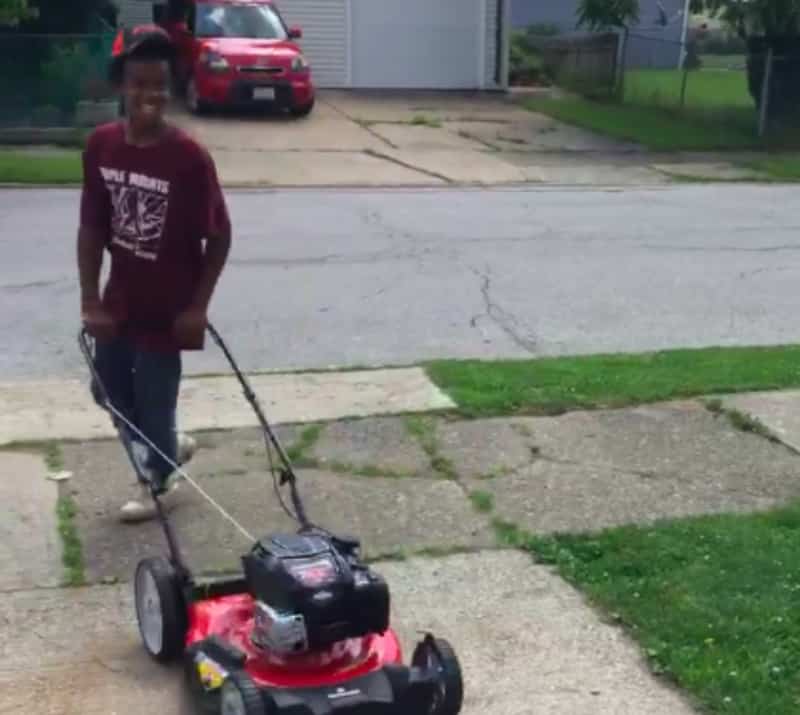 Reggie and Holt-Colden struck a deal and he quickly rushed over to Maple Heights to begin mowing her lawn. However, as he was getting to work, Holt-Colden heard some strange noises coming from outside. That’s when she looked out her window to see something shocking. 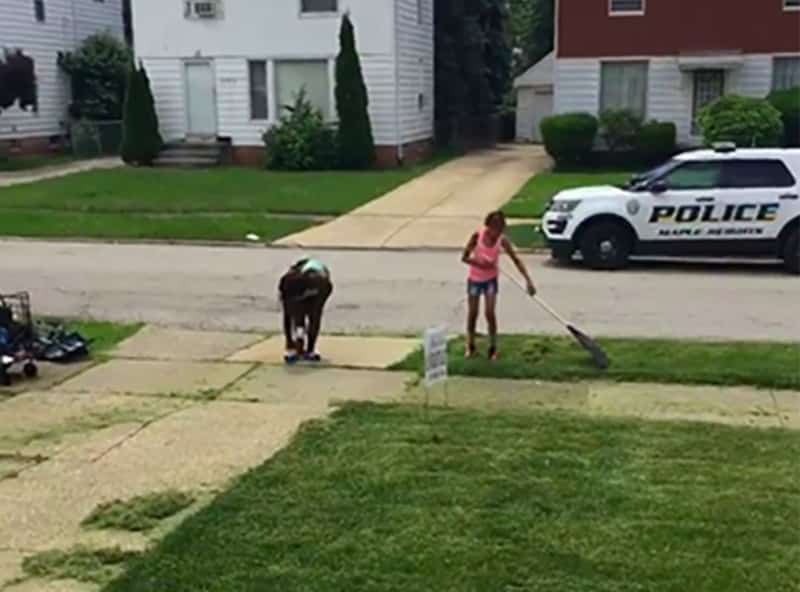 Holt-Colden decided to investigate the noise and quickly saw that a Maple Heights Police SUV right in front of her home. She was shocked to see the police there, after all, she hadn’t called them. So she went outside to investigate and see what was going on. 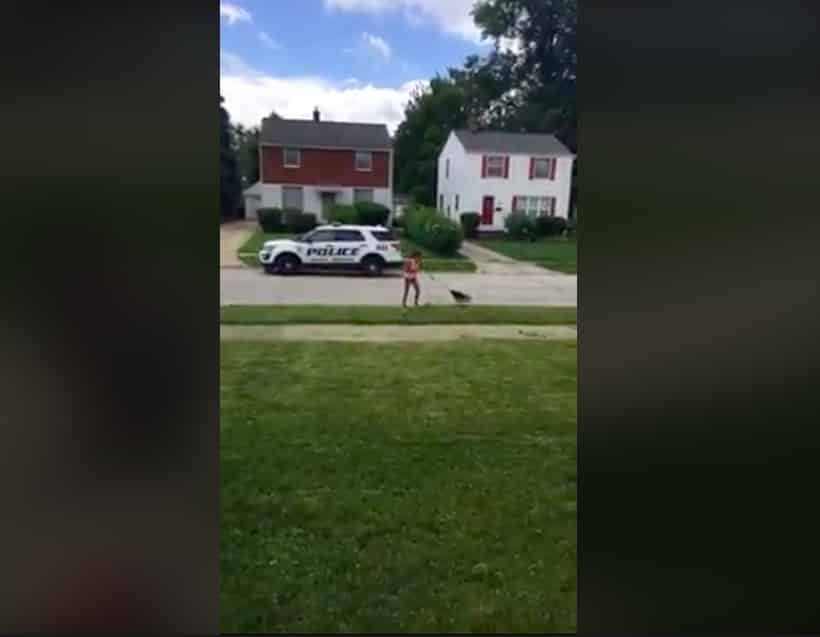 As soon as Holt-Colden found out the reason why the police had been called she was outraged and couldn’t contain it. She quickly pulled out her cellphone and began to record the situation that was taking place. In the video recording you can hear her clearly state the issue. 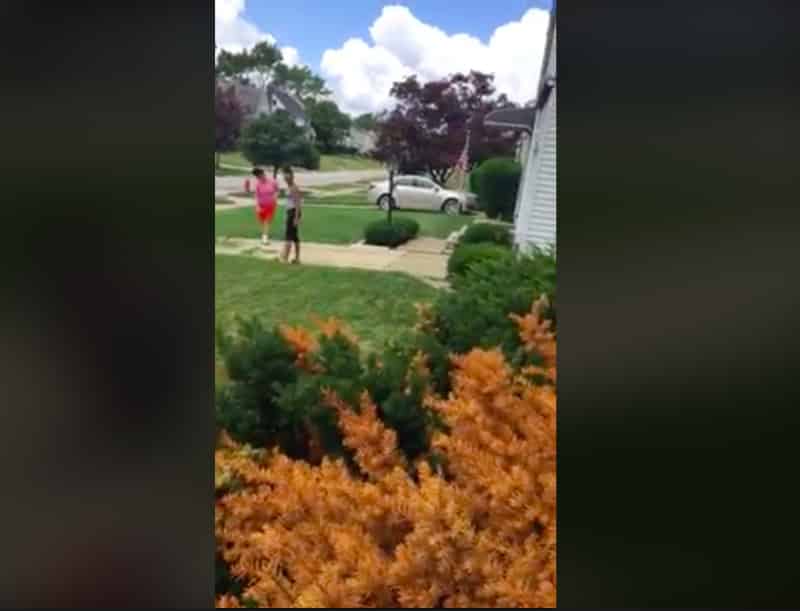 Holt-Colden pulled out her phone and began to narrate in the video. “My neighbors that stay in that house right there,” she said as she showed the house. “So I guess I have a line where part of it is not my yard. They called the police to tell the police that the kids was cutting their grass. Who does that? Who does that?” 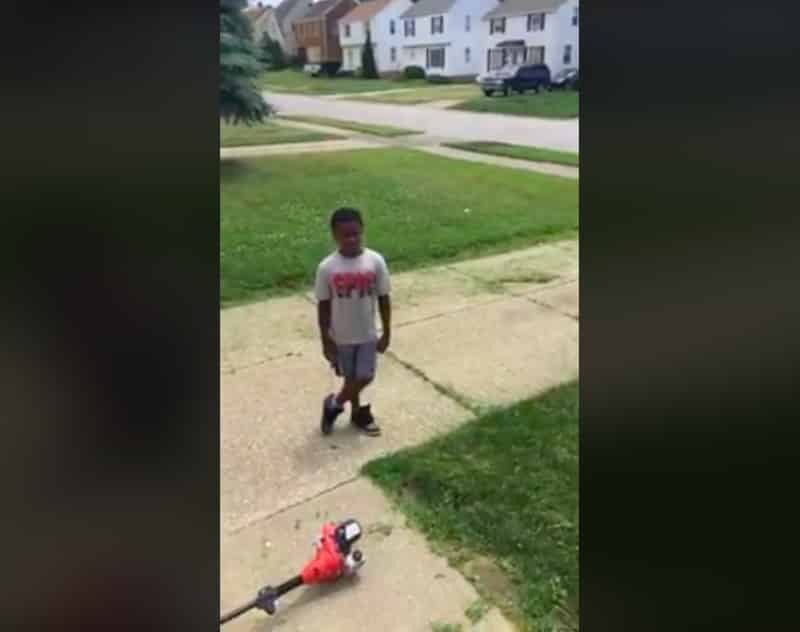 She then decided to post the video for everyone to see. Holt-Colden captioned it saying, “This is RIDICULOUS!!!” However, it seems that this is an issue that is bigger than just calling the cops on some young kids. 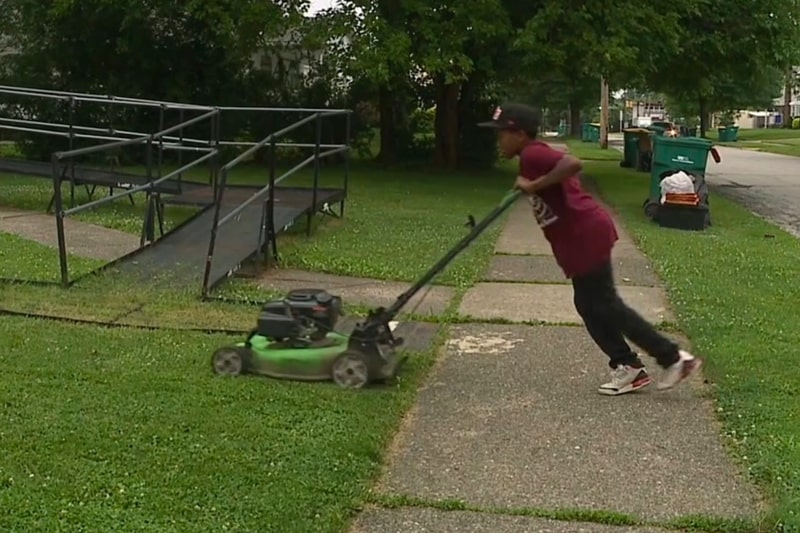 It seems that Reggie has finally experienced what it means to be #LivingWhileBlack. This 21st century phenomenon is a unique experience that African-Americans have found themselves dealing with. It is a phenomenon that is negatively impacting the entire African-American community. 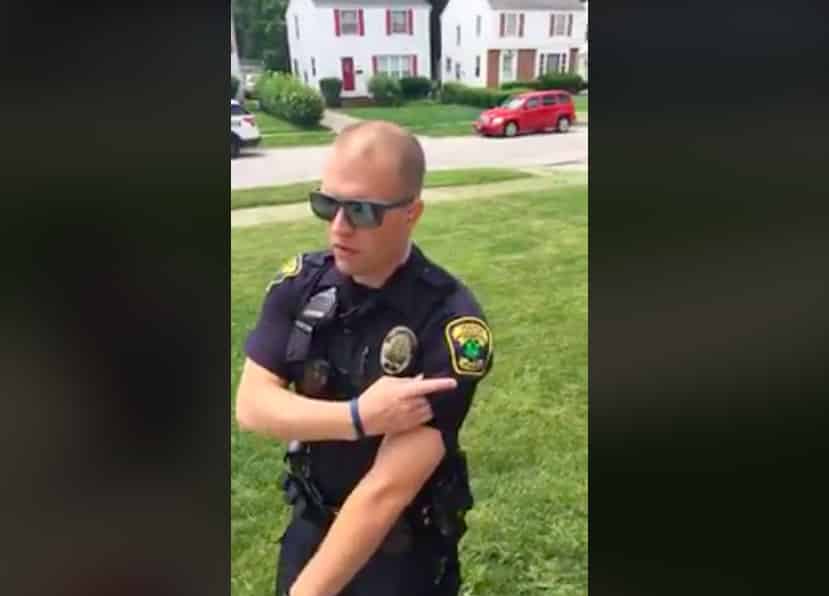 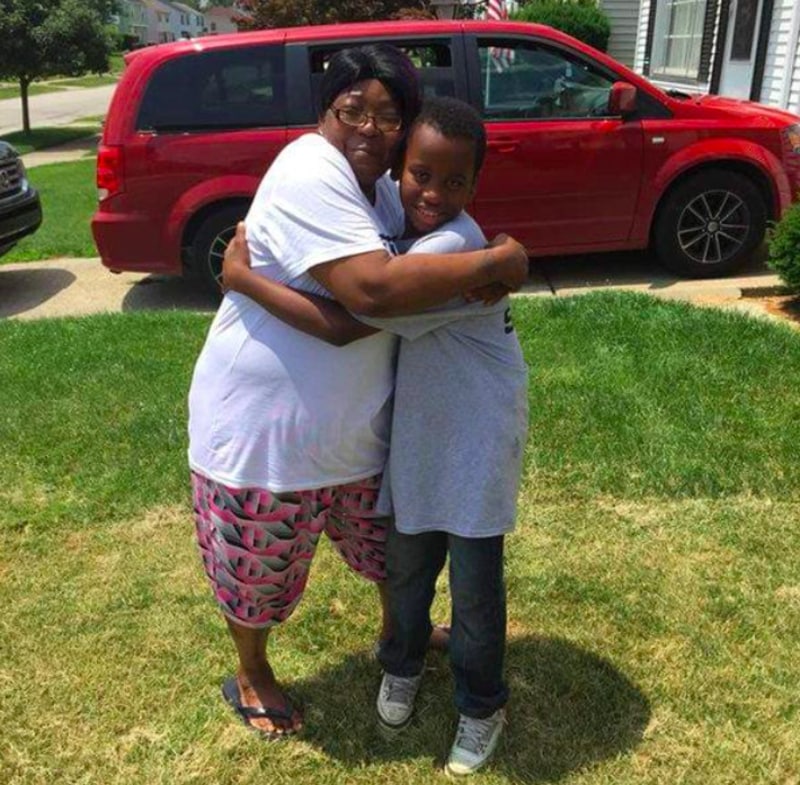 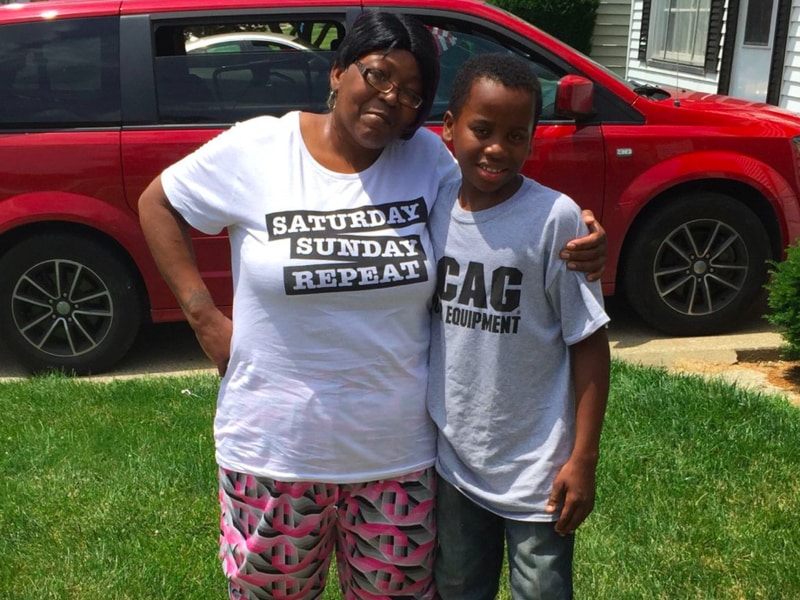 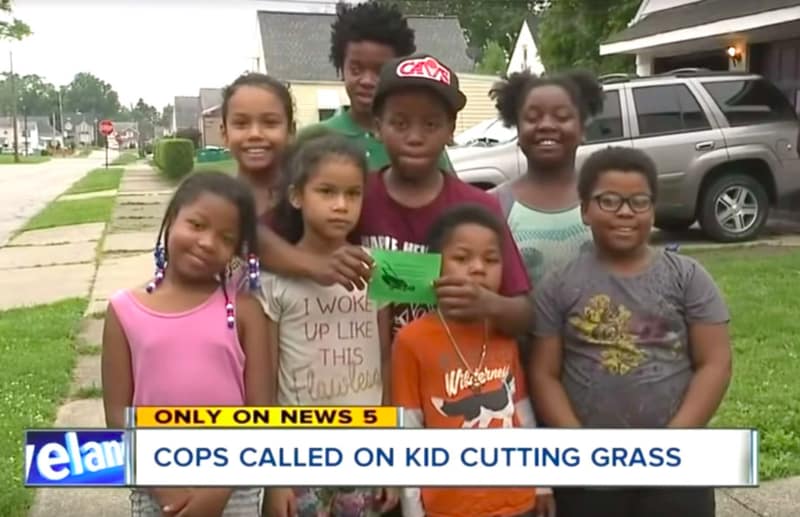 “If the kids were white,” Holt-Colden said of Reggie and his family members, “they would not have called.” She also explained that many other races live in the neighborhood, but “I don’t have any problems with any other neighbors.” 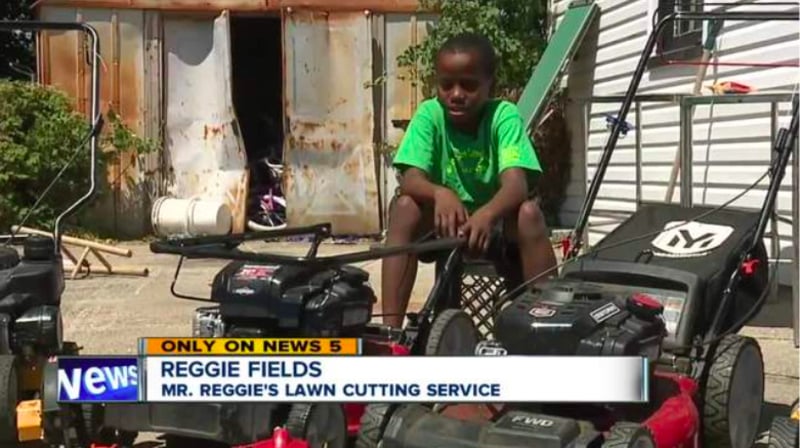 Holt-Colden explained that when the police showed up, Reggie’s 9-year-old cousin stood there frozen with fear. However, Reggie just continued to mow the lawn. The police ended up leaving the situation without citing or stopping the kids at all. 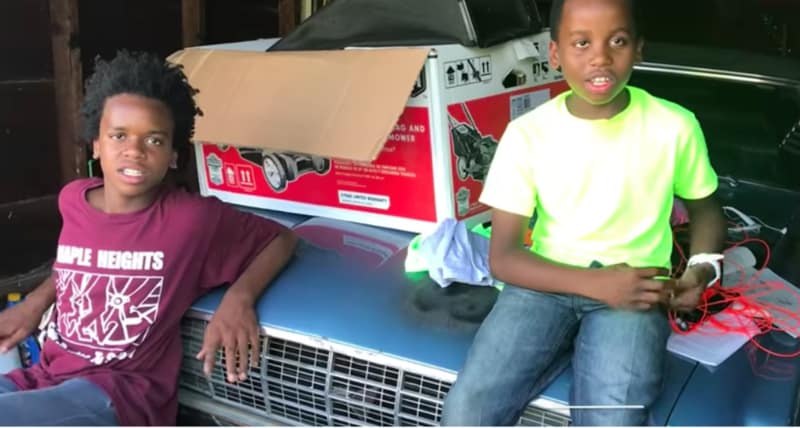 Holt-Colden is worried that a situation like this one would be discouraging to the kids. After all, mowing lawns is a great way to keep the kids out of trouble and out of the streets. However, if they’re being stopped by the police for not even doing anything wrong it can be incredibly disheartening. 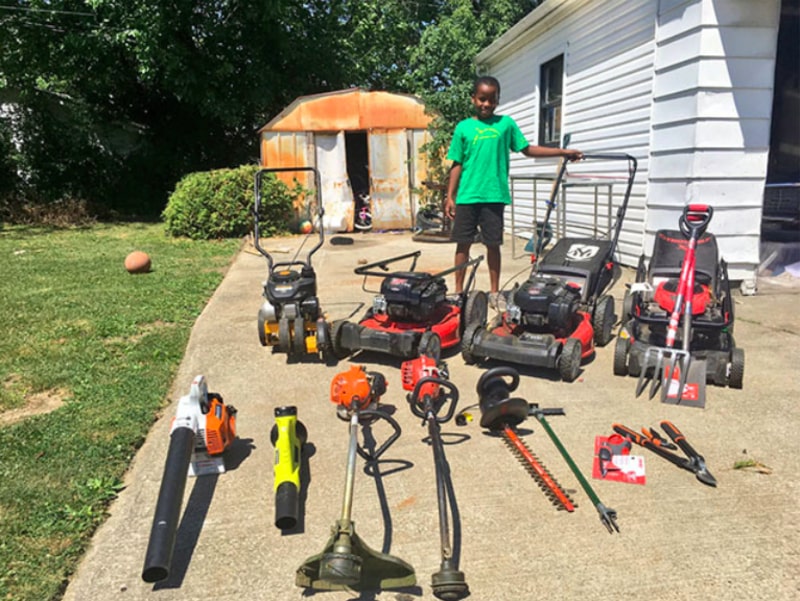 After she posted the video, many people began to message Holt-Colden asking her how they can help out. “People are inboxing me like, ‘How can I get in touch with these children?’ ‘Where are they at?’ ‘I got property I want these kids to cut,’ ” Holt said. 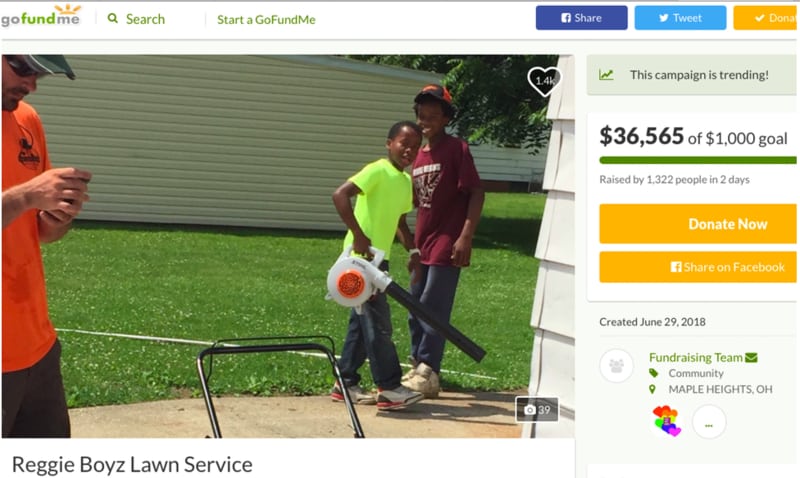 Holt-Colden also started a GoFundMe campaign for Reggie. People were so moved by the incident that the GoFundMe reached more than $8,600 in donations. That’s the equivalent of mowing more than 430 lawns. 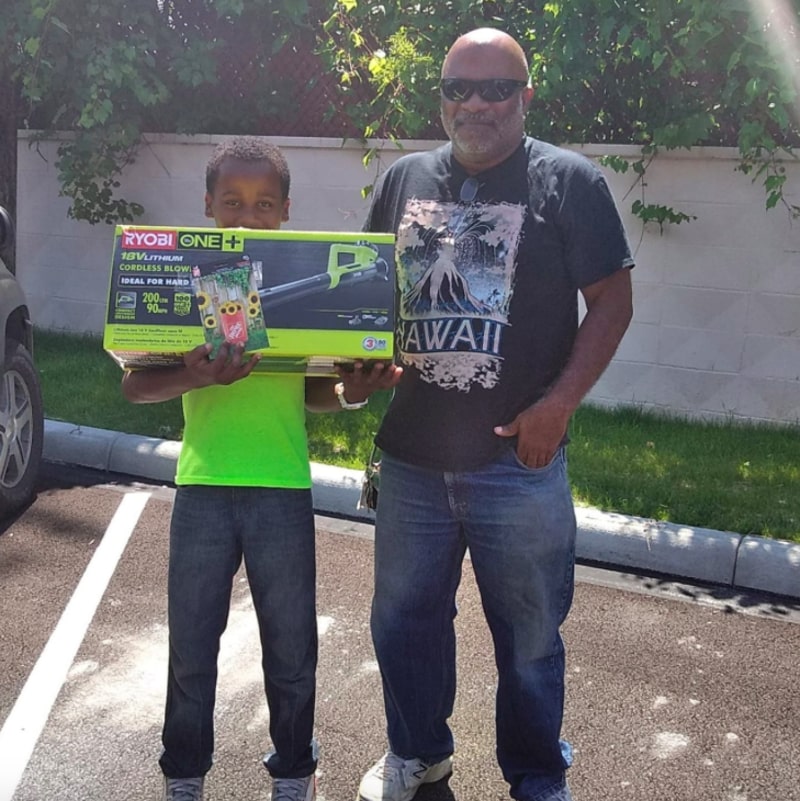 However, Reggie and his family don’t plan to live off the donations. People were also nice enough to donate supplies like a leaf-blower and a new lawn mower. Reggie plans to use all of this to continue the business. 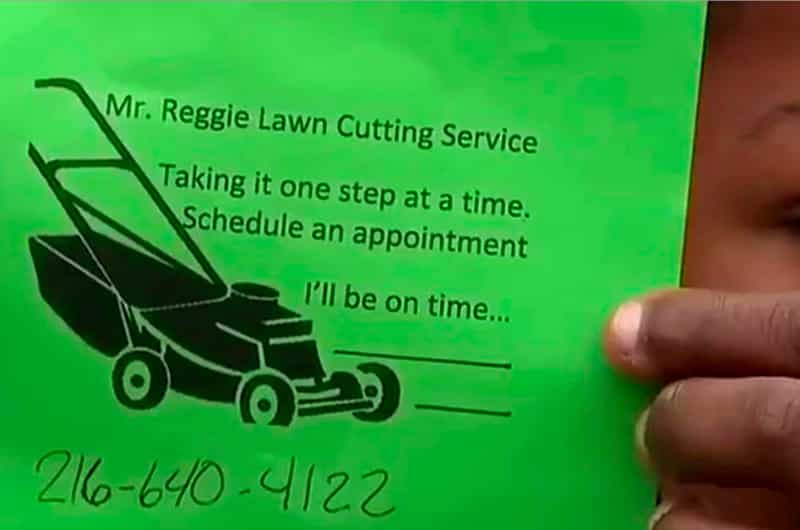 Reggie has even created his own business fliers that he intends to hand out and hang up. The paper is a green color with a picture of a lawn mower on it. The flier reads: “Mr. Reggie Lawn Cutting Service. Taking it one step at a time. Schedule an appointment I’ll be on time …”