Homeless Man Decides To Share His Resume Instead Of Asking For Pennies, Lands Up Hundered Of Job Offers

They say that consistence is key and that’s especially true when it comes to finding a job. These days, it can be especially hard with the way the job market has been. When one man realized that he wasn’t getting an job opportunities by sending in his resume the old fashioned way he decided to take matters into his own hands. You won’t believe how one homeless man’s luck turned around when he decided to put himself out there in the most direct way possible. 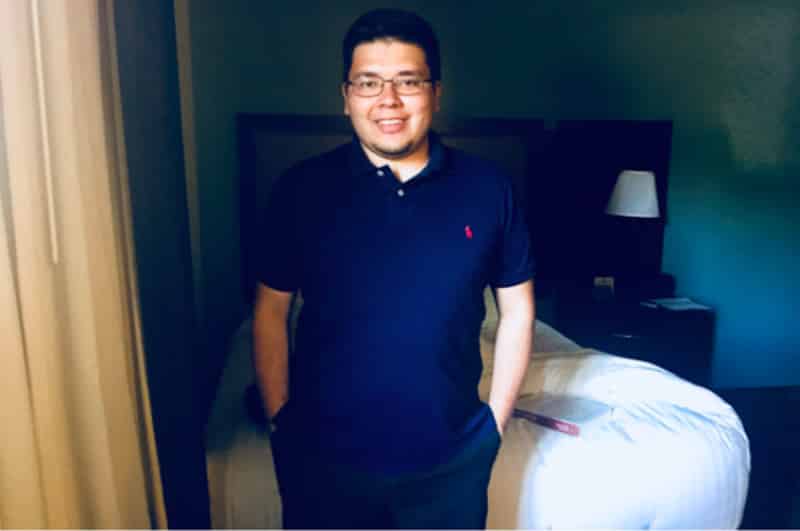 David Casarez grew up in Laredo, Texas. He earned a bachelor’s in management information systems from Texas A&M University. Once out of college he landed a great job. 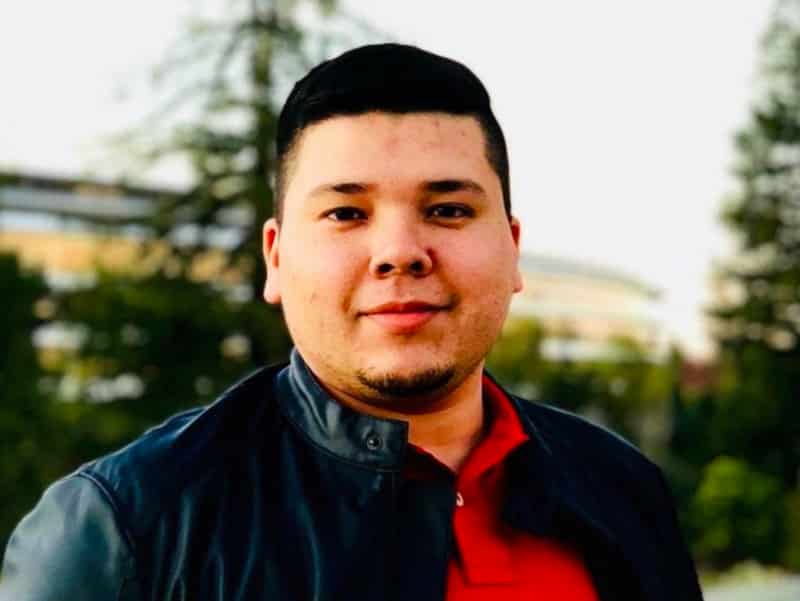 Once he graduated college, Casarez landed a job as a web developer at General Motors in Austin. However, he decided to cash out his 401(k) and go after a bigger dream. So what did Casarez want to do?! 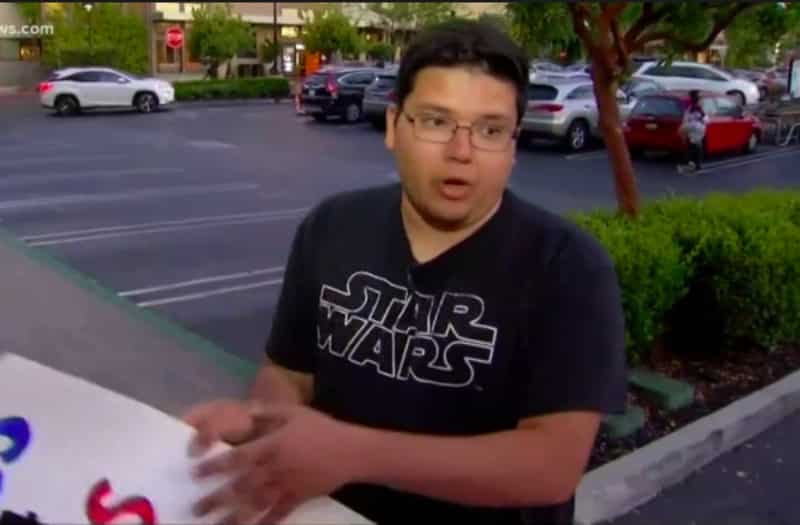 You see, Casarez had big dreams of starting up his own company. He figured with his skill-set and the money he got from his 401(k) that he could make his dream come true. So he drove to Silicon Valley and decided to get his tech start-up off the ground. 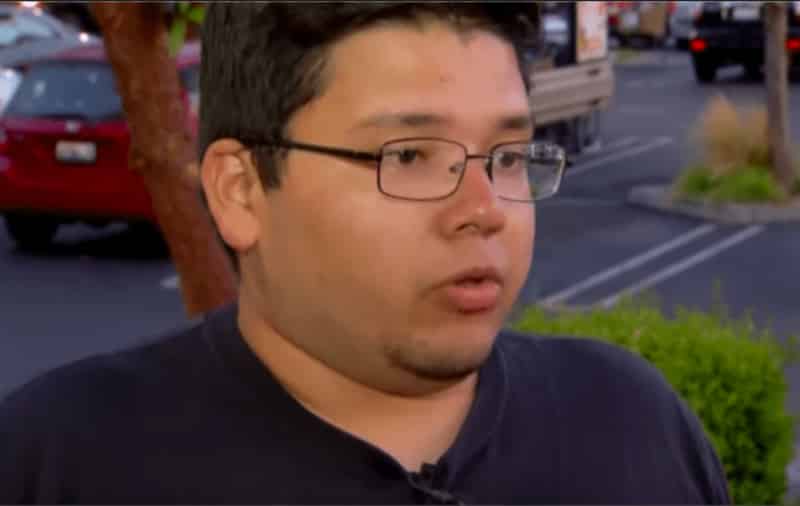 However, things didn’t seem to pan out the way Casarez had envisioned it. His company didn’t get off the ground and he quickly ran out of cash. This left Casarez homeless and in a serious rut… 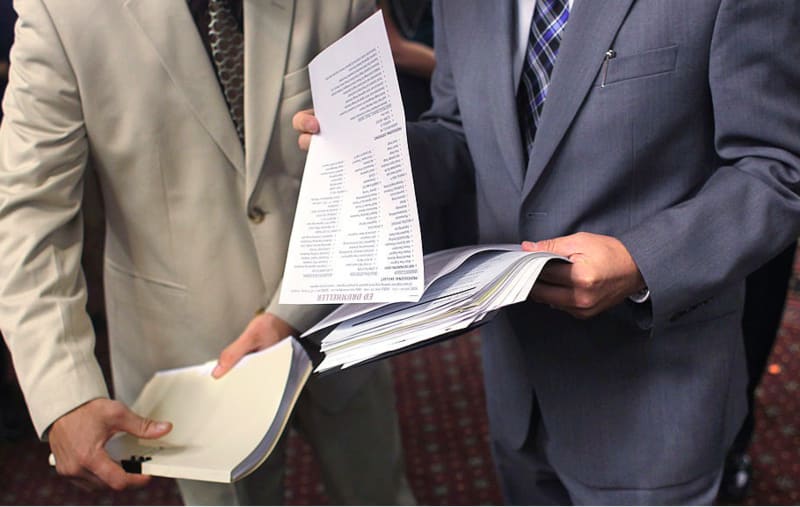 “I’d been living in my car for more than a year,” he explained. “No one was hiring. I had an interview with Apple in January, but the job was filled internally.” So Casarez was running out of options and decided to try and do some freelancing work in the meantime. 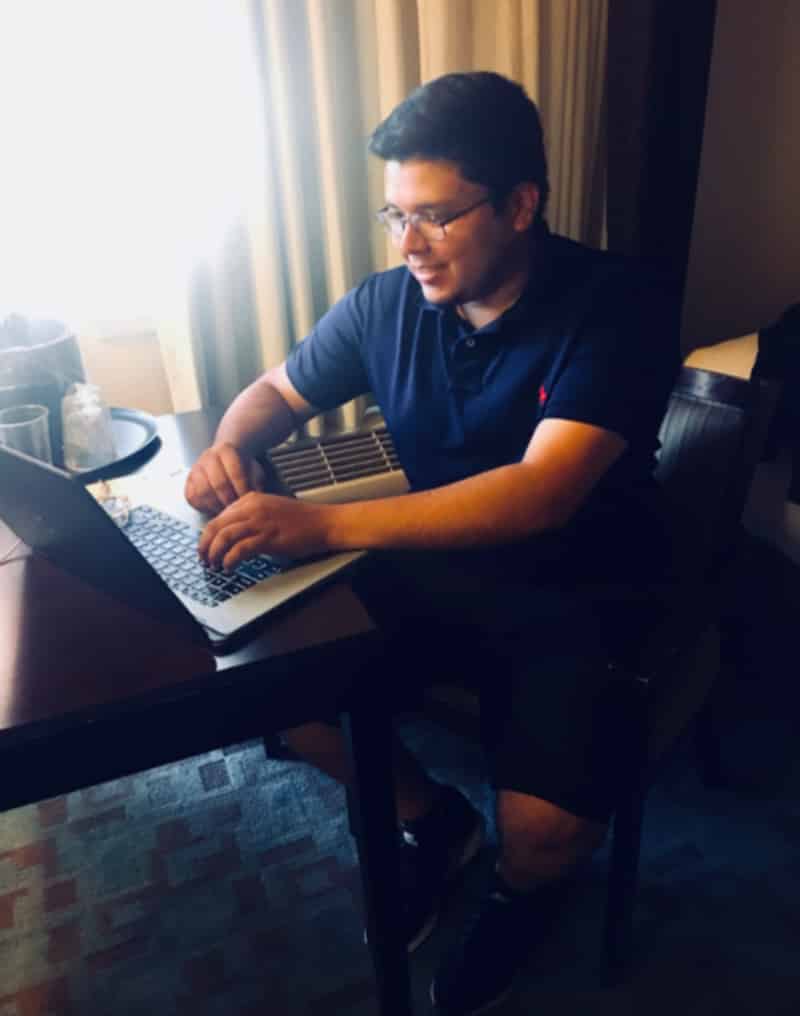 So Casarez began to take on freelance work for different clients. However, it wasn’t enough for him to sustain a good quality of life. Soon enough, he couldn’t afford his car payments and his car was repossessed. He was officially homeless at this point. 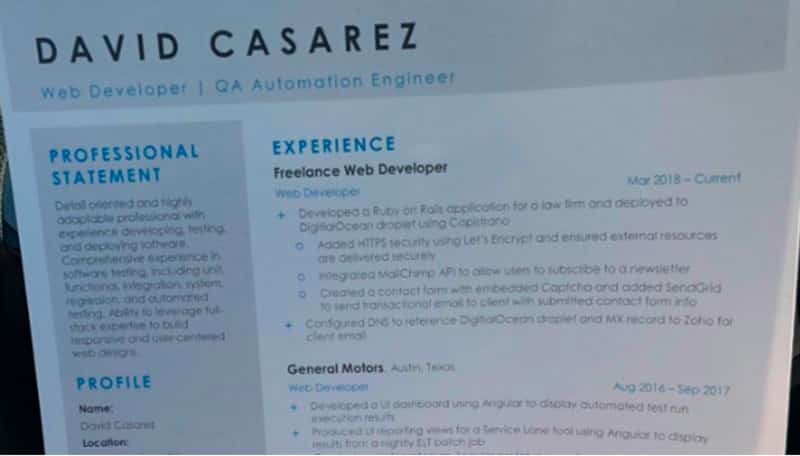 Casarez was sleeping on a bench in the park and knew that he had to do something drastic to get himself out of this situation. He started to go through all of the different possibilities in his head. Sending out his resume to companies wasn’t working, so what could he do?! 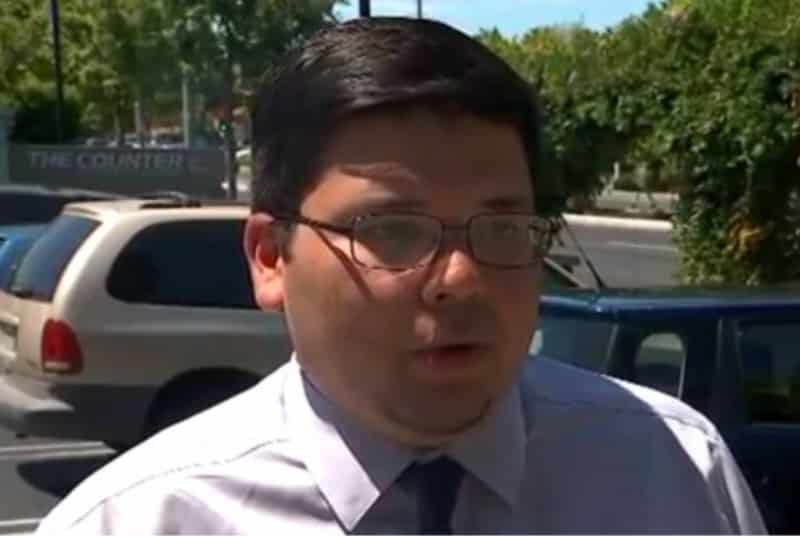 The young man knew that he couldn’t sleep on a park bench for the rest of his life. He had graduated college and had a great skill-set. So he came up with the most brilliant idea to get his resume out there for employers to see. 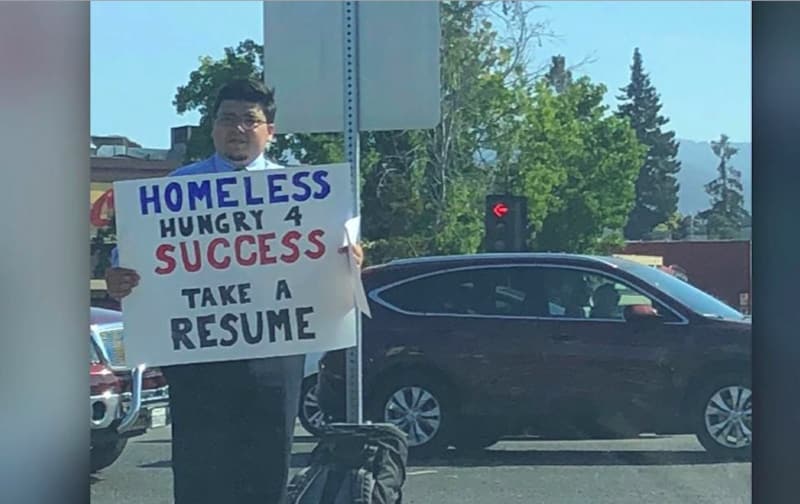 So on a Friday morning, Casarez woke up from a park bench and put on his nicest shirt and tie. He then put together a cardboard sign that read: “HOMELESS. HUNGRY 4 SUCCESS. TAKE A RESUME.” Then, while holding up the sign, he stood near the highway with the most packed cars. 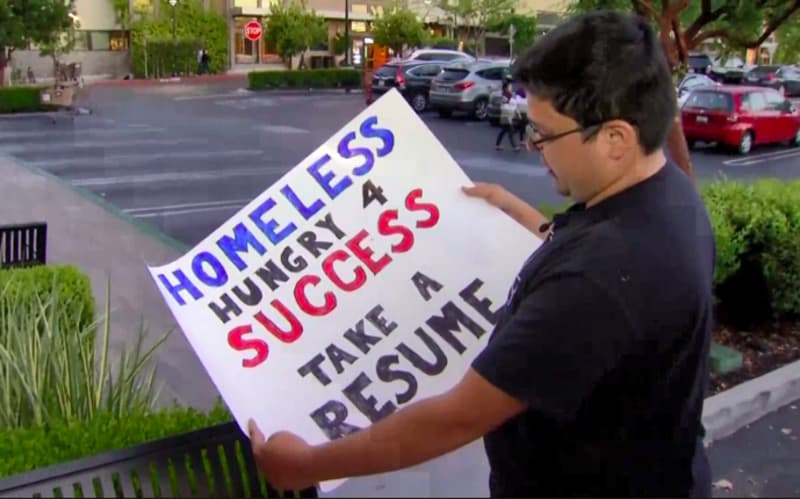 People were immediately intrigued by Casarez and one person even took a photo of him standing out there. That person decided to post about the incident on his Twitter. The Tweet instantly went viral! 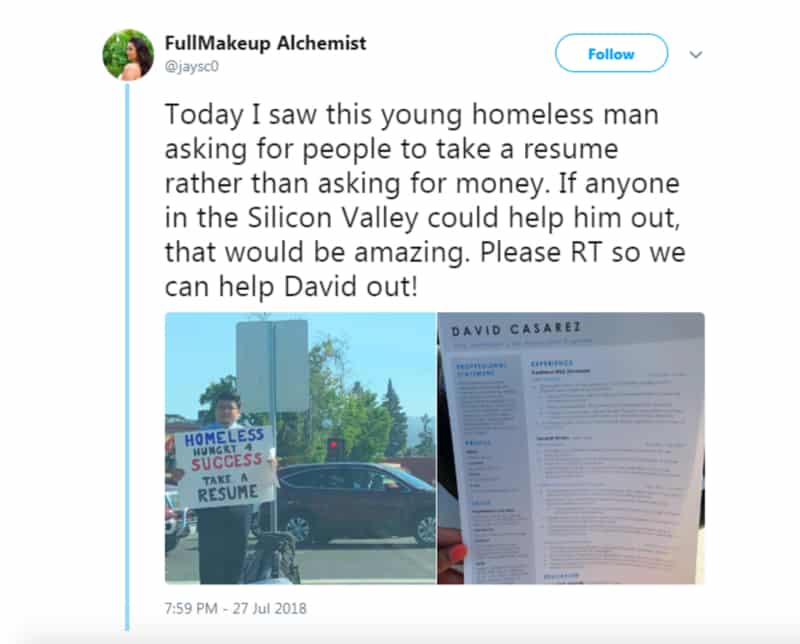 The Tweet that went viral read: “Today I saw this young homeless man asking for people to take a resume rather than asking for money. If anyone in the Silicon Valley could help him out, that would be amazing. Please RT so we can help David out!” Everyone began to share the Tweet so that Casarez could get an employment opportunity. 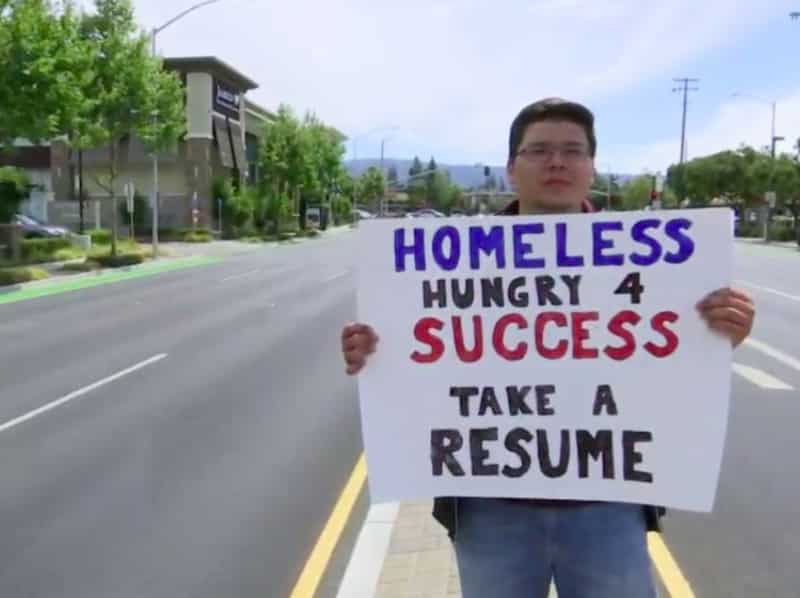 Soon enough, Casarez was flooded with job offers from hundreds of different companies. Altogether, he received around 200 job opportunities. He was overwhelmed by the response he received. 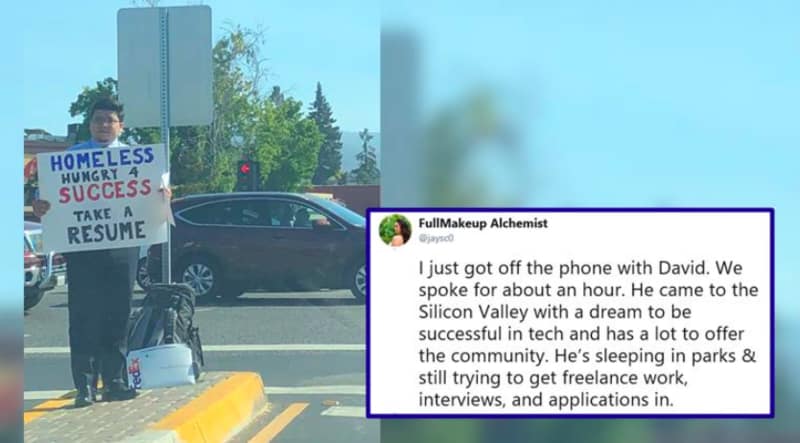 “Google reached out to me,” Casarez exclaimed. “So many other companies. Pandora. A bunch of startups.” The 26-year-old couldn’t believe that his idea to walk around with a cardboard sign actually worked! 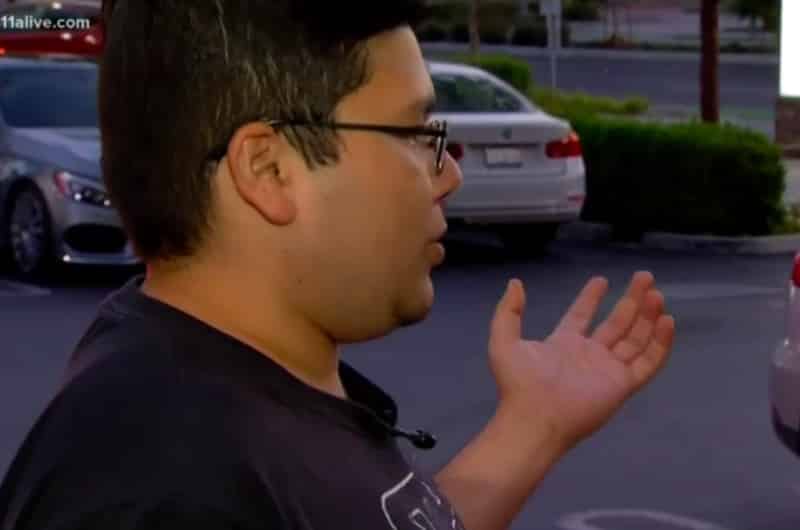 “A product manager from Bitcoin.com was wondering if I could work remotely or if I want to relocate to Tokyo,” he said as he scrolled through all of his offers. One CEO even offered nonprofit funding to assist with housing for Casarez. However, for now Casarez will return to his bench at the park. 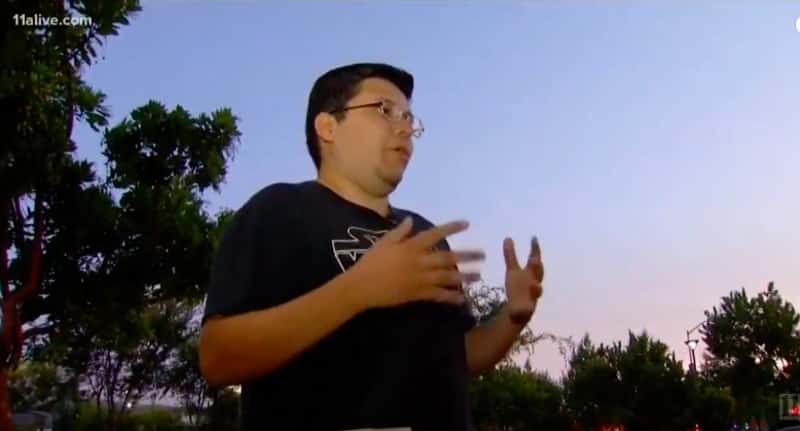 Casarez is currently sifting through all of the responses that he has acquired. In the meantime, however, Casarez is going back to the bench. “But tonight, I’ll be back on my bench in Rengstorff Park.” 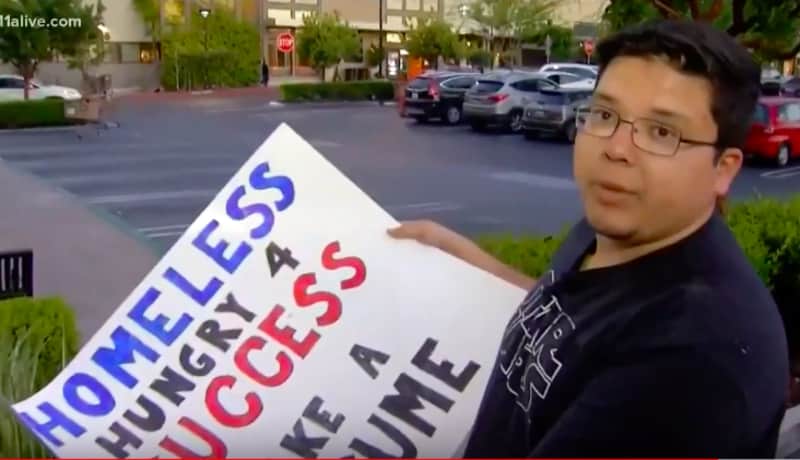 Still, Casarez is in shock at how everything played out. He made sure to dress up as nice as possible so that future employers would get a good first  impression of him. He also had a stack of resumes sitting in front of him in a FedEx envelope. 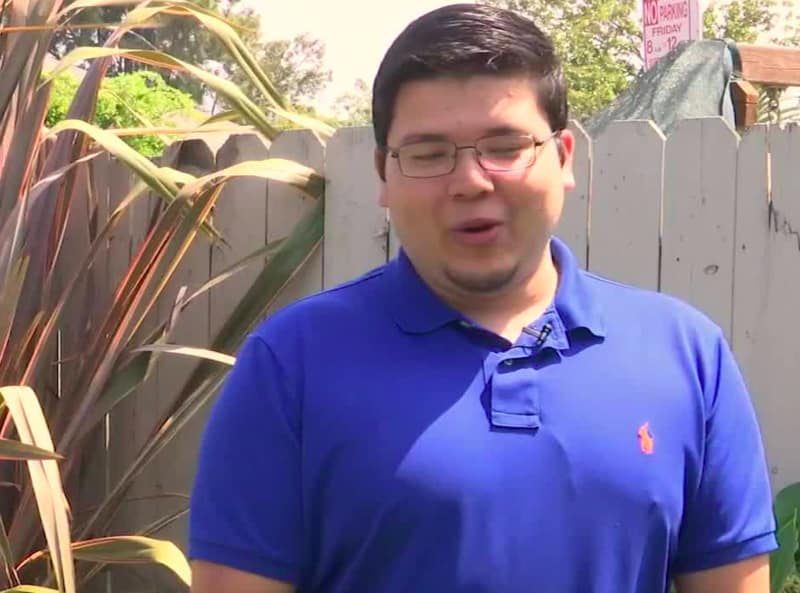 “It was basically a make-or-break moment,” he said. “I wanted to keep my head up high, keep looking forward and see what opportunity would come next. I was thinking, you know, like this was like my last stop. If this didn’t work, I’d go back home and give up on my dream.” 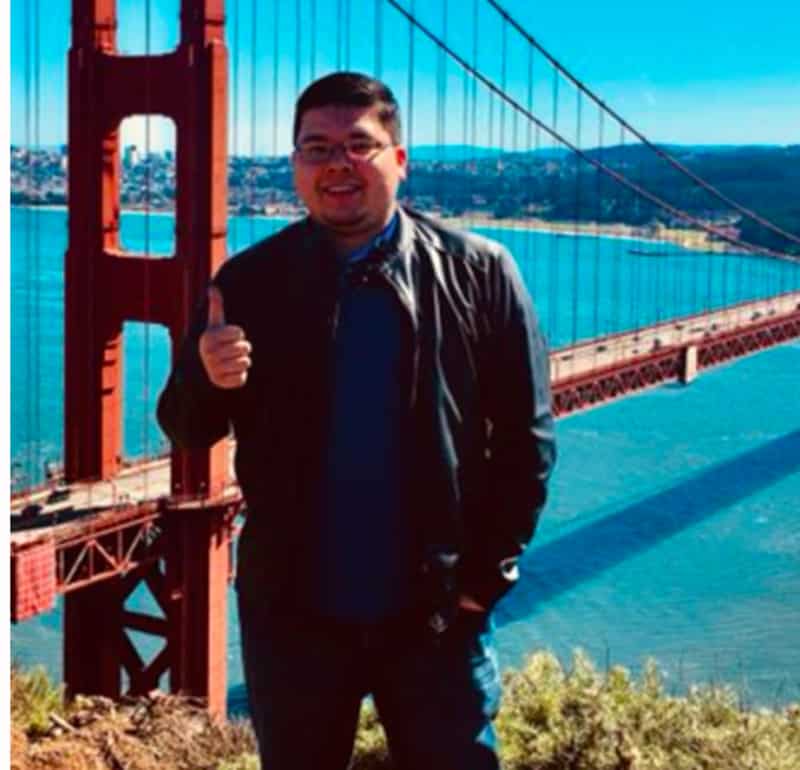 “I knew it would be posted on social media, I didn’t know it would blow up like this,” he told KNTV. “I’m trying not to take any money. I really do just want a job opportunity — that’s all I’m asking.” Now that’s exactly what the young man has been given! 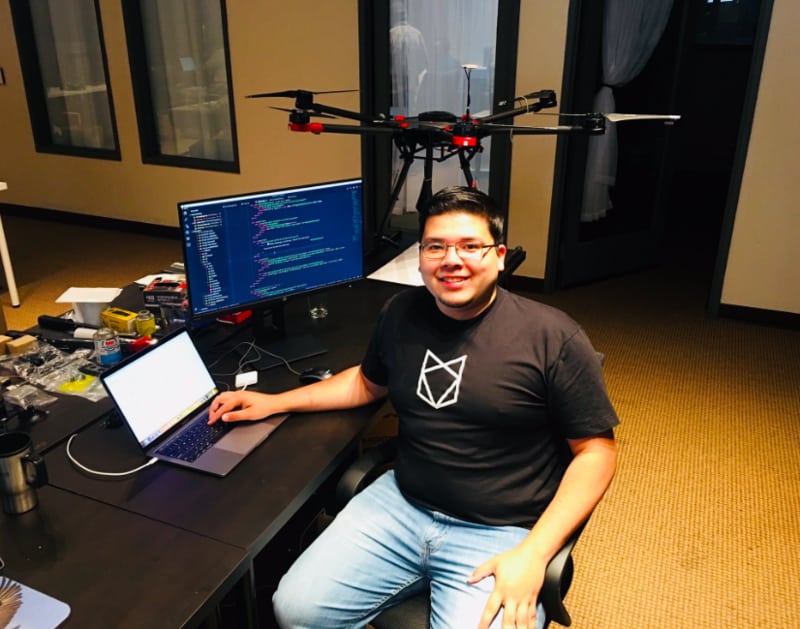 Now all that Casarez has to do is narrow down his choices to the jobs that fit his skills the best. While it might take him a while to do that, it’s definitely better than having no opportunity at all. The young man is certainly thankful for everyone that has reached out to him. 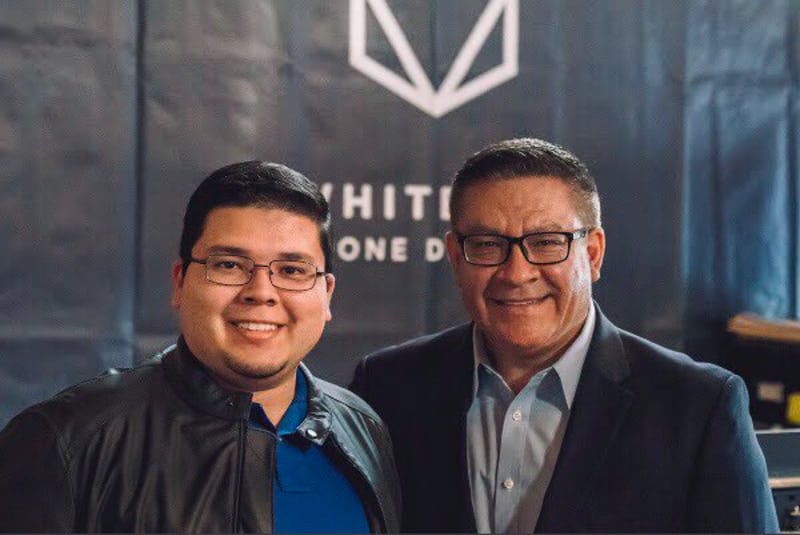 Casarez’s actions really prove that thinking outside of the box and never giving up can pay off in the end. Now Casarez has a plethora of job opportunities waiting for him. We can bet that he’ll be employed pretty soon!