Couple Gets Arrested By Police, But Then The Woman Sees Her Man Getting On Knees

How far would you go for the perfect proposal? Well, one man proved to his fiancé that he was dedicated to her with his crazy proposal. This man decided to fake his own arrest in order to propose to his girlfriend. However, it doesn’t turn out exactly the way he expected. 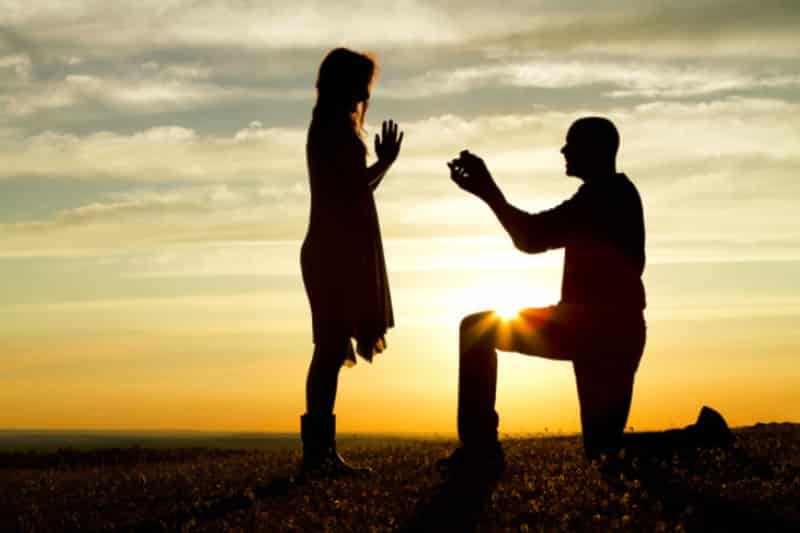 A marriage proposal is a day that every girl dreams of! After being in a relationship with someone that you love very much, the next step for many is to get married. However, marriage proposals these days have taken on quite a creative change. 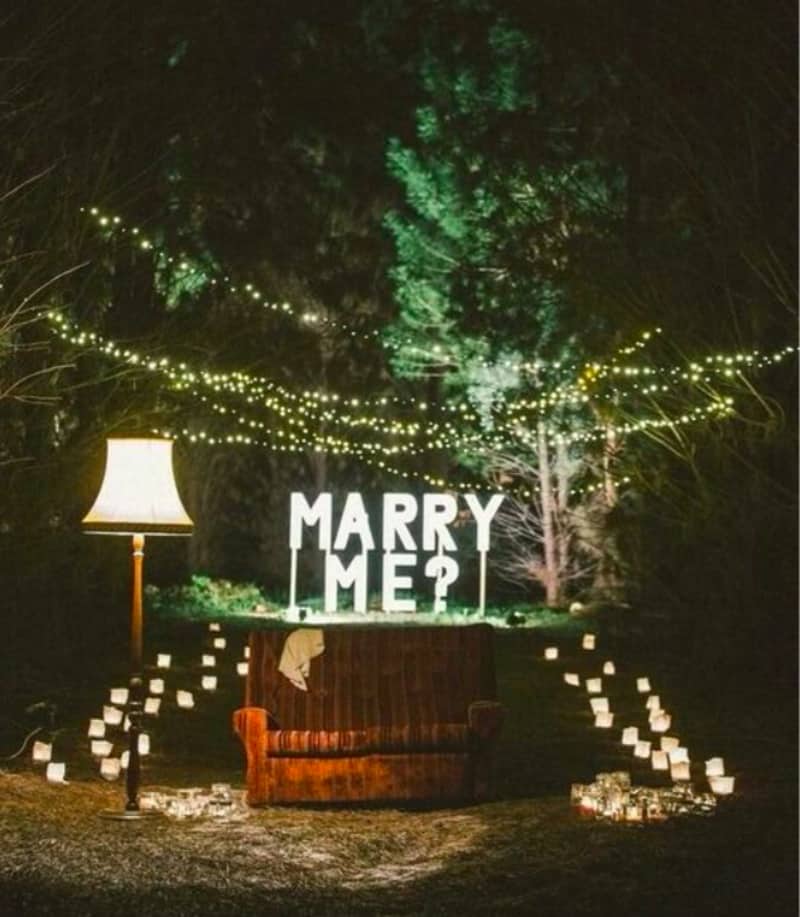 These days, marriage proposals have turned into a contest to see how creative you can get. Many men have been thinking outside of the box to make their proposal memorable. After all, getting creative for the one you love is a fantastic way to show them how much effort you’re wiling to put in! 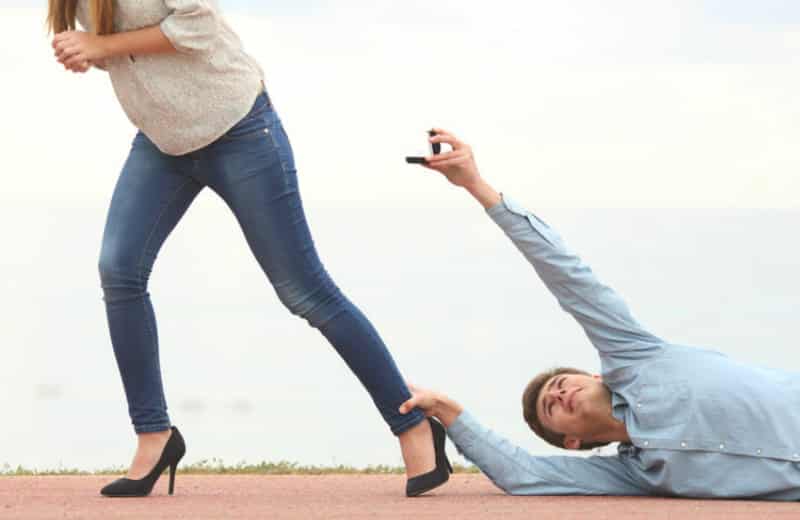 One man decided that he was going to blow every other proposal out of the water by doing something crazy! He decided that the best way he could propose to his girlfriend is by scaring her first. Although it might not sound so romantic you’ll be surprised by how he pulled it off. 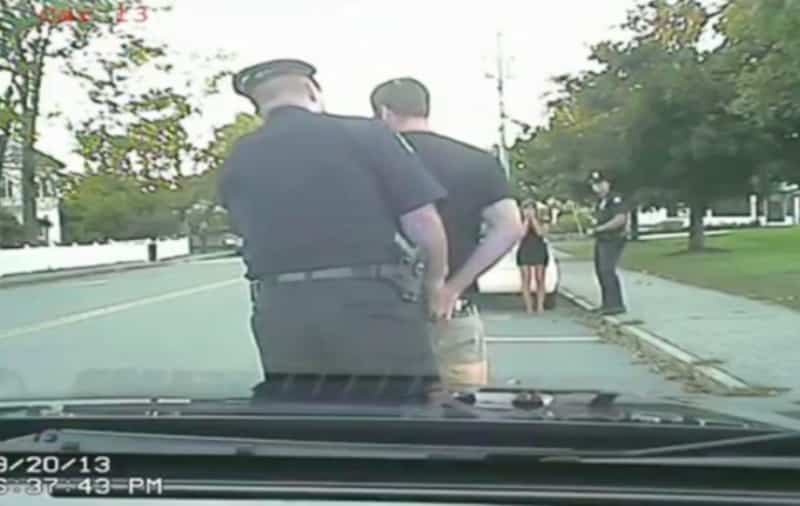 One Iowa man got the crazy idea to fake his own arrest in order to propose to his girlfriend. But, how would he pull this off? Well, when it comes to love and romance this Iowa man had it all figured out! 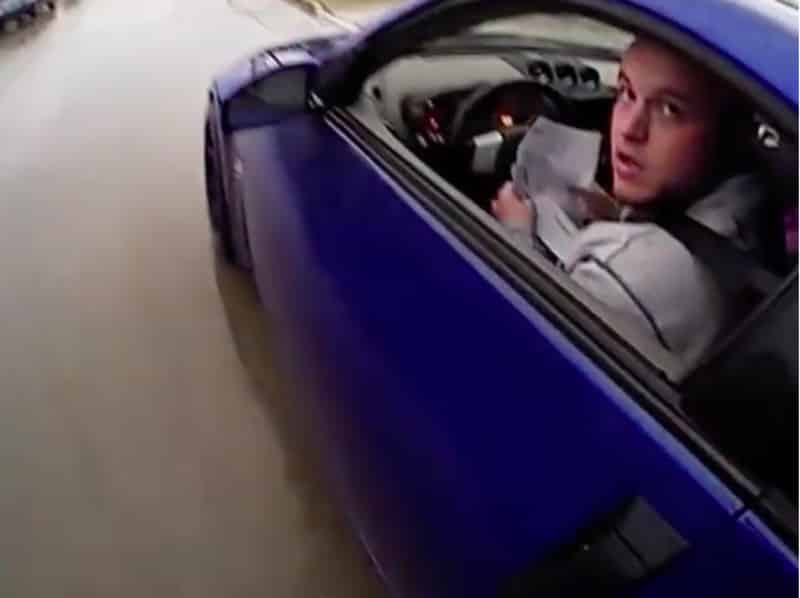 Jeff Schulte is from Johnston, Iowa. He has been dating his girlfriend, Jenna Reitz, for quite some time now and he realized that he was ready to take their relationship to the next level. So Jeff concocted an idea with the help of the local police. 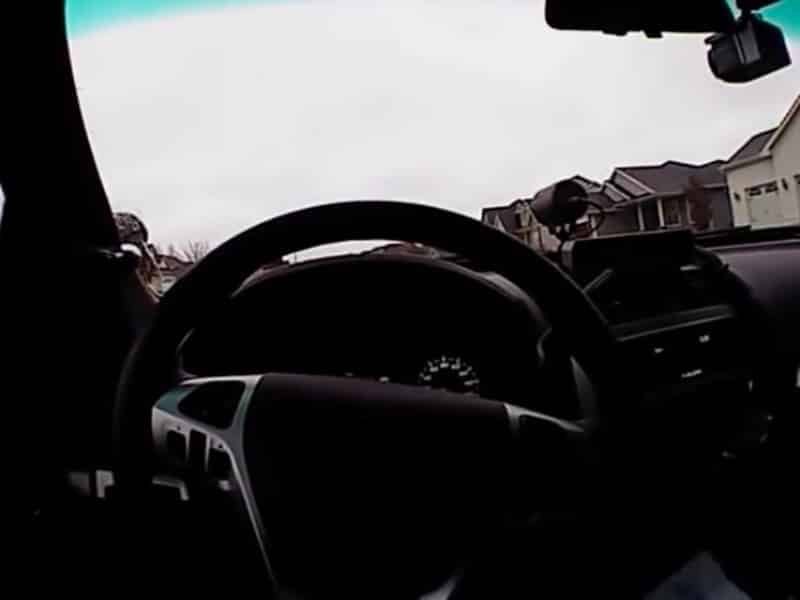 Jeff was in the car with Jenna as the two of them were driving to her parents house for Thanksgiving. However, Jeff began to speed while driving the car. Jenna immediately told him to slow down so that they wouldn’t get pulled over. 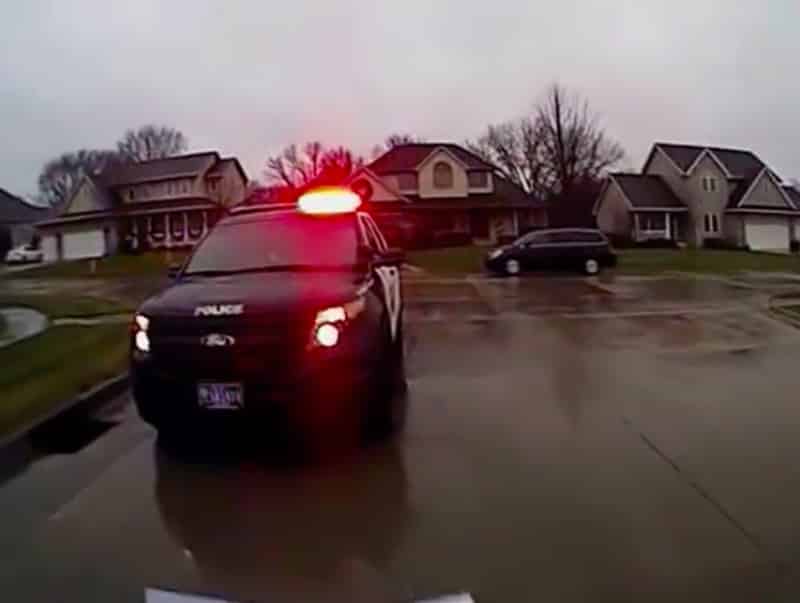 Suddenly, Jeff and Jenna heard police sirens in the distance. Jenna was furious with Jeff as she had told him to slow down numerous times. However, Jenna had no idea that she was about to be a part of a huge surprise that would change her life forever. 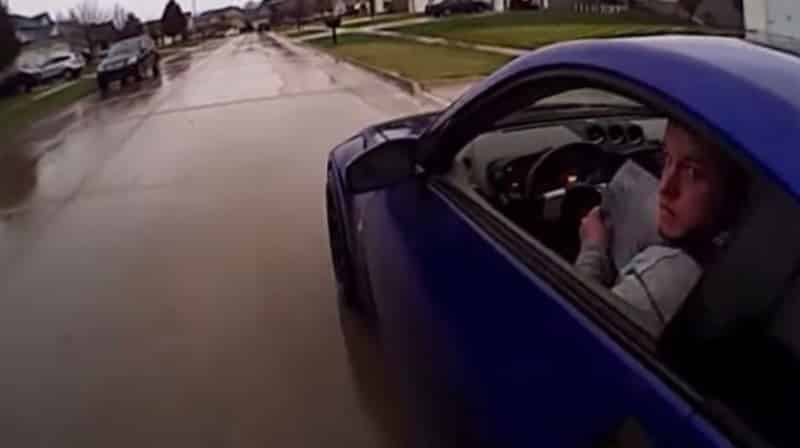 Officer Matt Chiles of the Johnston Police Department was in the police car that was trailing behind Jeff. He and Jeff had already arranged everything and Officer Chiles had his bodycam on as he approached the vehicle. Jenna had no idea what was about to happen… 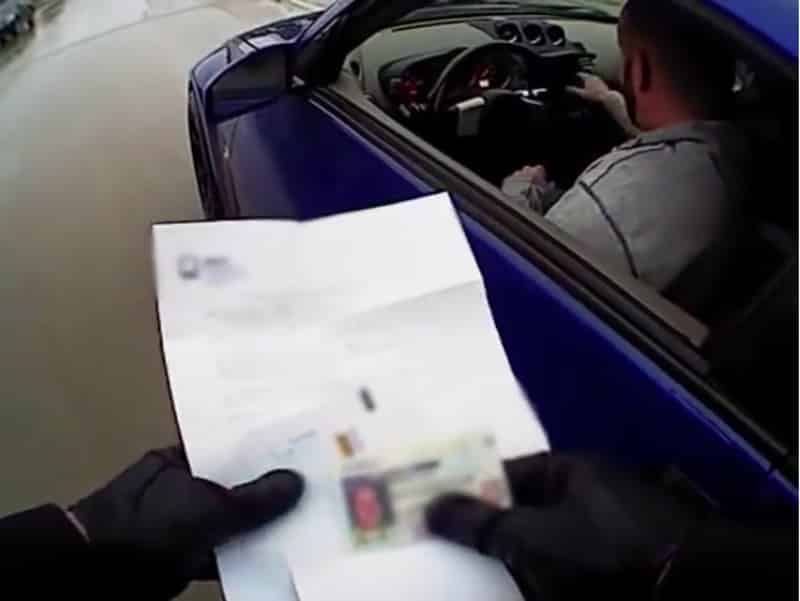 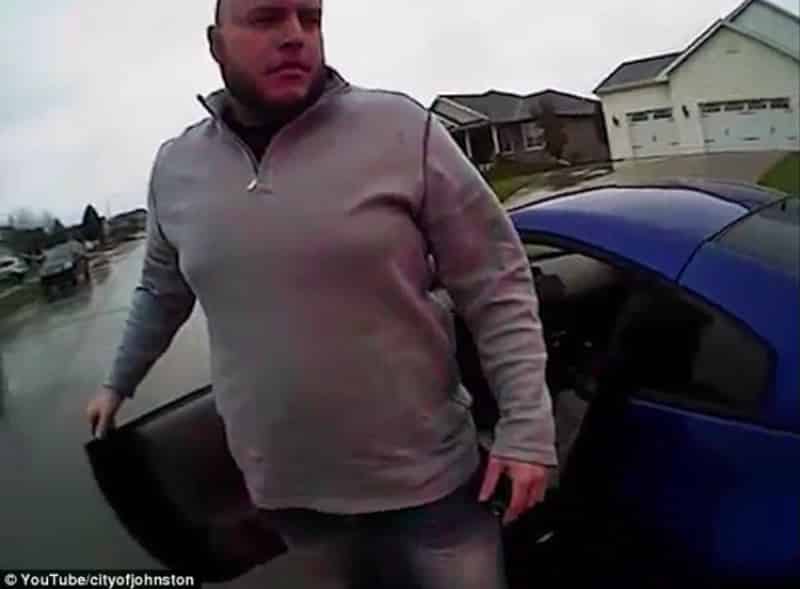 In the video, Officer Chiles comes back to the vehicle and relays some pretty bad news. The officer alerts Jeff to the fact that there is a warrant out for his arrest. At this point the officer instructs Jeff to step out of the vehicle and put his hands behind his head. 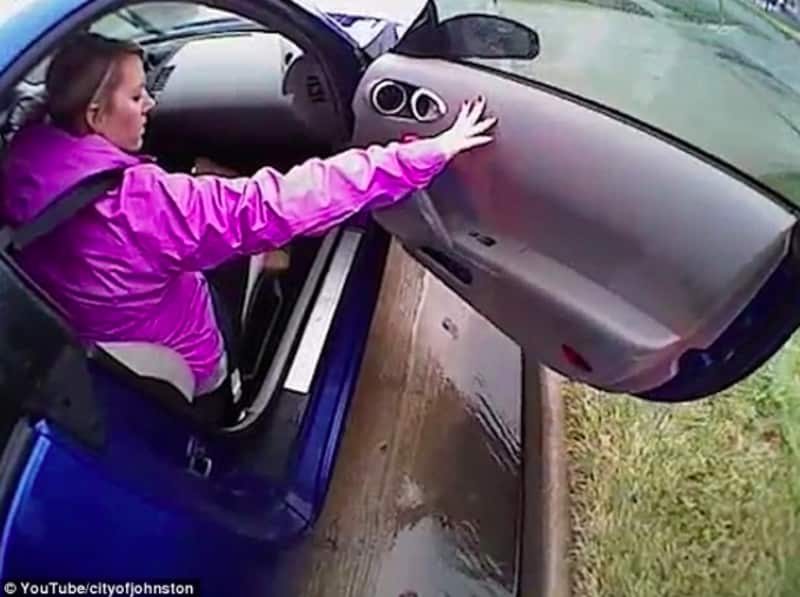 The officer then begins to frisk Jeff and search him. In the meantime, Jenna is sitting in the car horrified. At this point, the officer asks Jenna to come around to the back of the car to confirm if any of the items in the trunk are stolen. She immediately obliges… 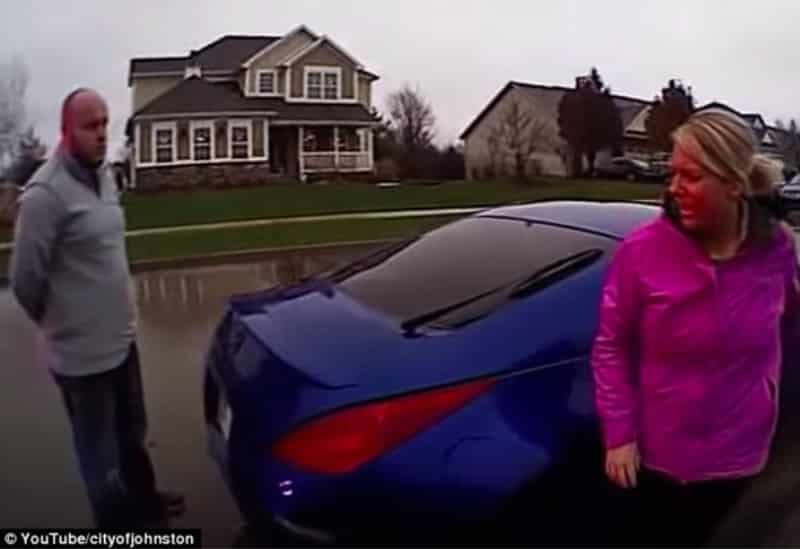 At this point, Jenna is beyond horrified and makes her way out of the car. As she is doing this, Jeff who has pretended to be handcuffed, takes his hand from behind him and gets on one knee. He pulls out a ring as Jenna makes her way over to him. 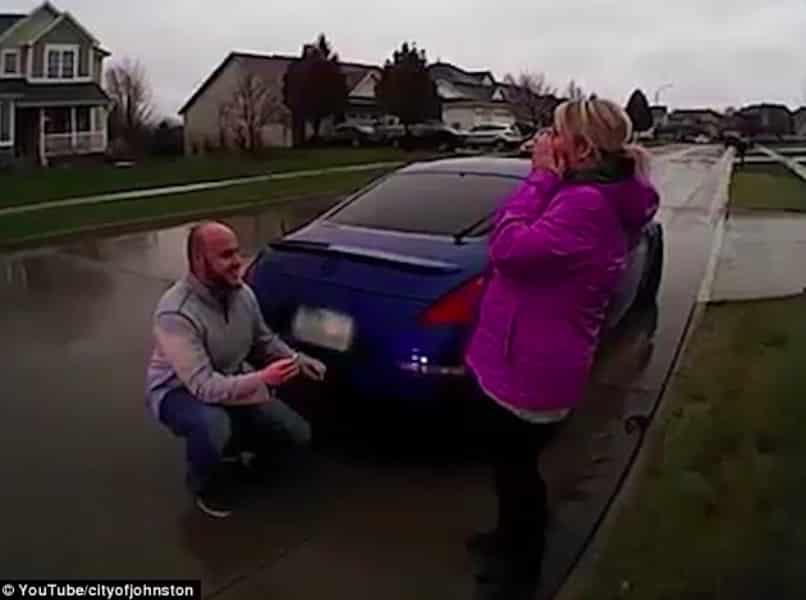 While on one knee with a ring in hand, Jeff asks Jenna if she will marry him. She reacts in the most shocked way ever, shouting, “Are you kidding me?” After a few seconds, she calms down and is able to better comprehend what was happening. At this point she pulls Jeff in for a hug and says “Yes.” 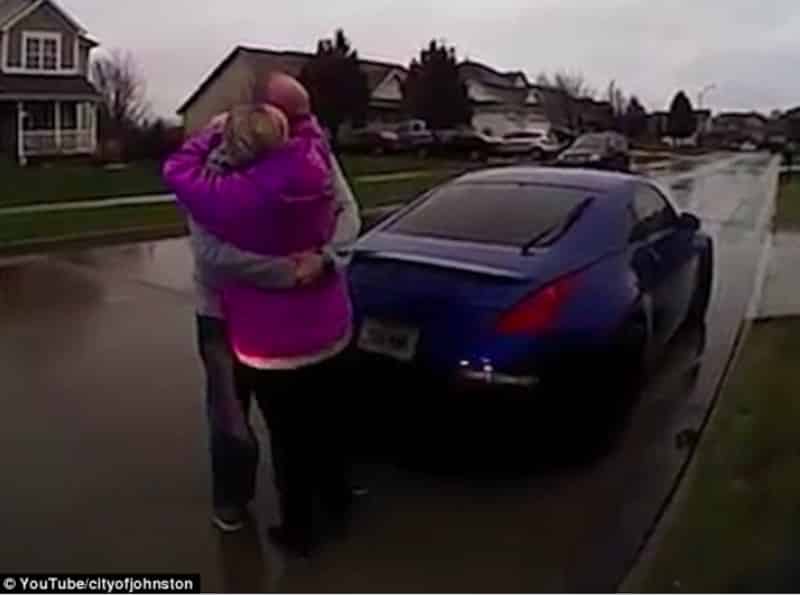 While this idea might seem strange, it all makes sense if you take into account how Jeff first met Officer Matt Chiles. It seems that the first time Jeff was driving to meet Jenna’s parents he had been pulled over for speeding by Officer Chiles. Ever since then, it has been an ongoing joke amongst everyone. 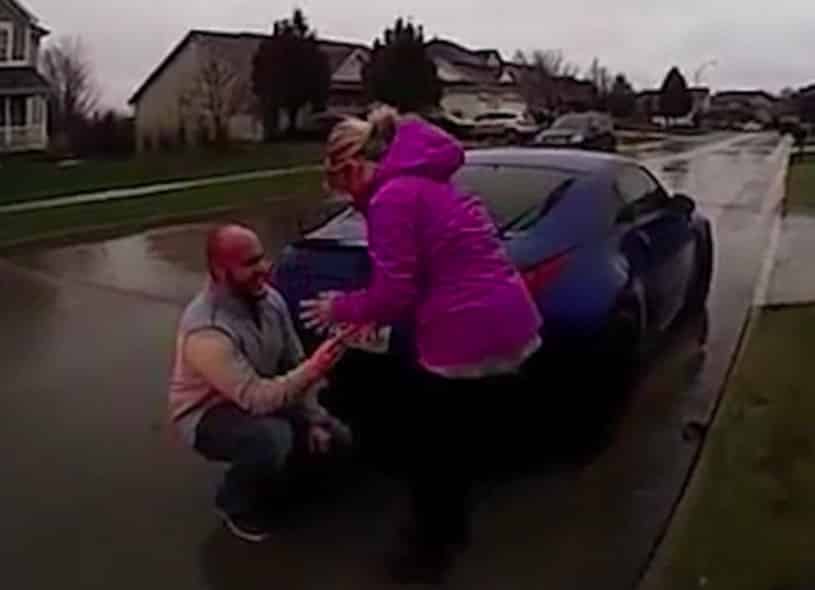 “I was pulled over by that officer on my way to meet her parents for the first time. It became an inside joke ever since and they would always give me a hard time about it,” Jeff revealed. This is the situation that inspired Jeff to come up with such a crazy proposal! 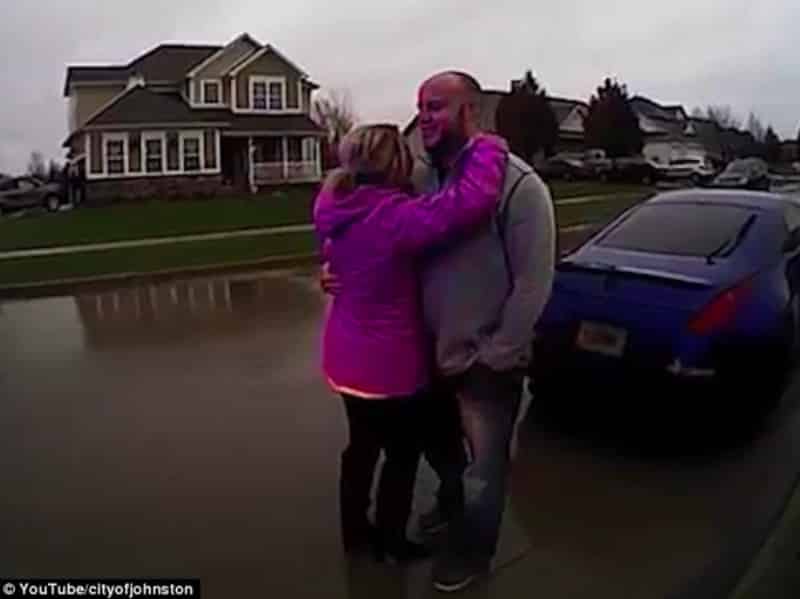 “When I decided to propose I knew I wanted to do something off the wall and to keep her on her toes.” When Jeff asked the officer for help he was pretty taken aback. After all, it isn’t every day that someone asks a police officer to help out in a marriage proposal. 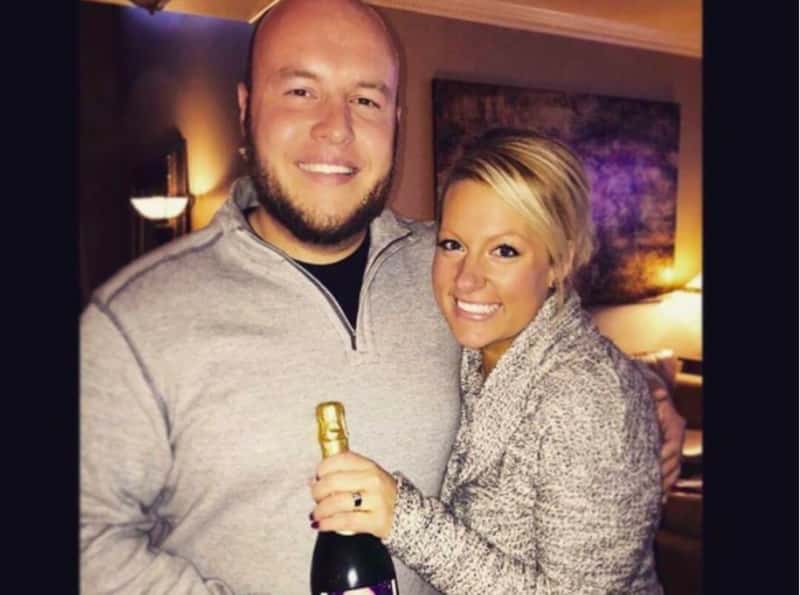 “In my 41 years, I’ve never had a request of this nature. Typically when you get telephone calls or emails regarding a traffic contact, it’s either to give praise to the officer for the treatment or you get the occasional complaint,” Johnston Police Chief Bill Vaughn stated. 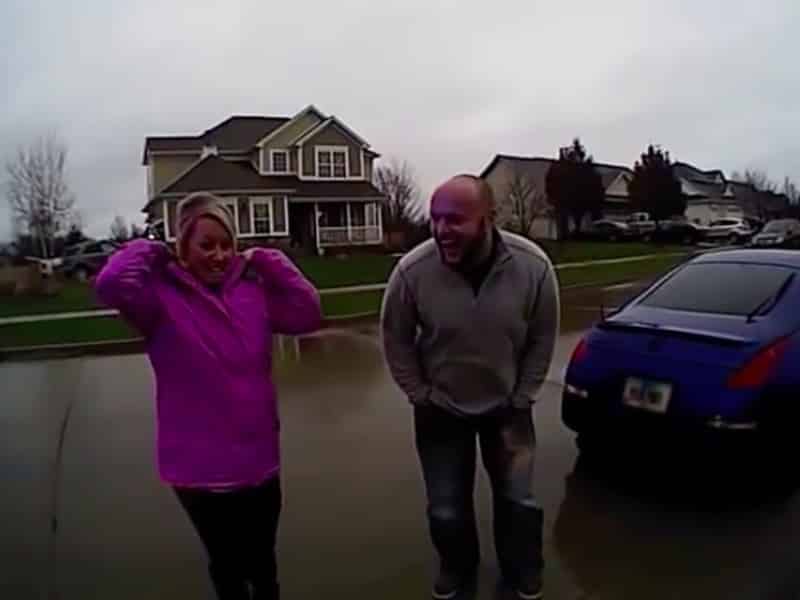 The video was eventually uploaded onto YouTube where it quickly became a viral sensation. To this day the video has received around 700,000 views. Everyone in the comments congratulated Jeff on pulling off the proposal! 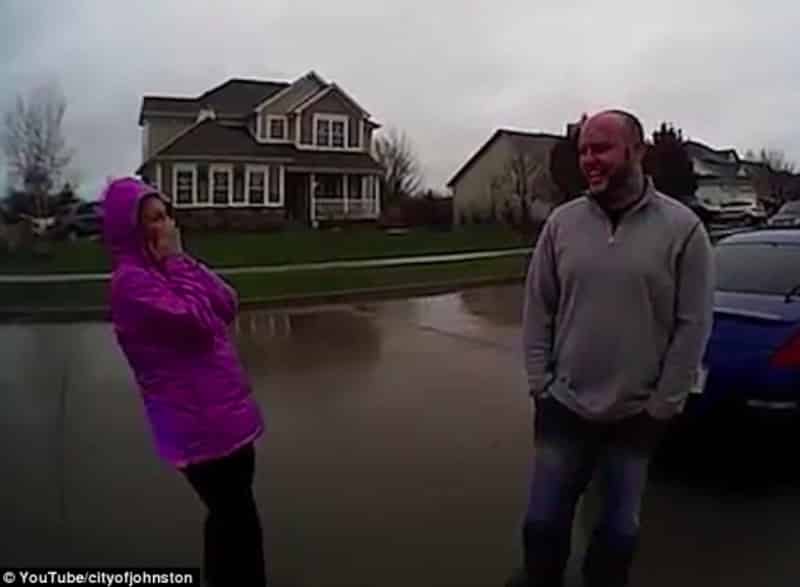 “That was great! Thank you Johnston County for helping pull this off,” one user wrote. “I have seen many marriage proposals but this girl has the best reaction of all,” another wrote. It seems that everyone was blown away by the unique nature of the video. 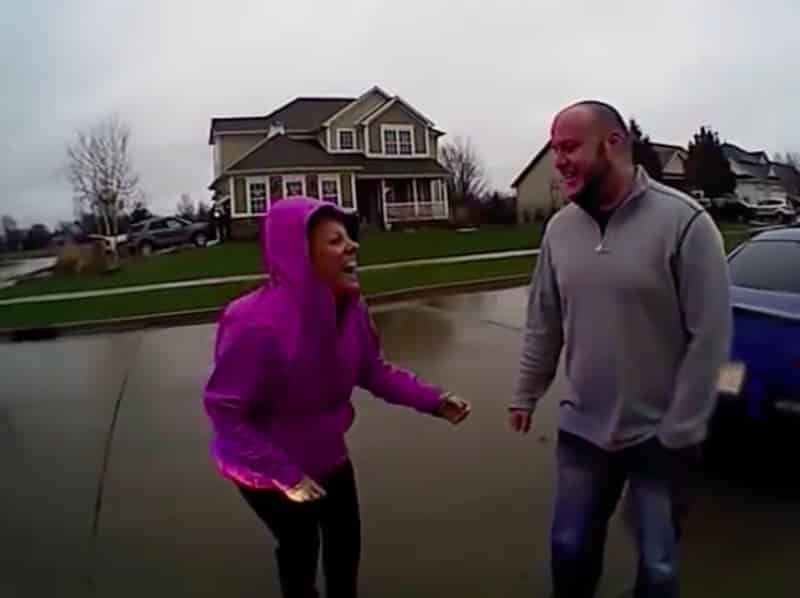 The happy couple are set to get married in July and are both excited for their wedding. Although she was a bit shaken at the time, Jenna is truly grateful that her man went to so much trouble to make their marriage proposal so memorable.