Although it might not seem like it, celebrities are just regular people. That means that they suffer with insecurities and had to learn how to overcome them in order to attain stardom. Even though they might be drop-dead gorgeous and date the most stunning celebs, they’ve all had to deal with self-doubts about themselves. Whether it’s Justin Timberlake’s crippling shyness or Dwayne Johnson’s sadness, here are 15 famous men that didn’t let their insecurities dictate their lives. 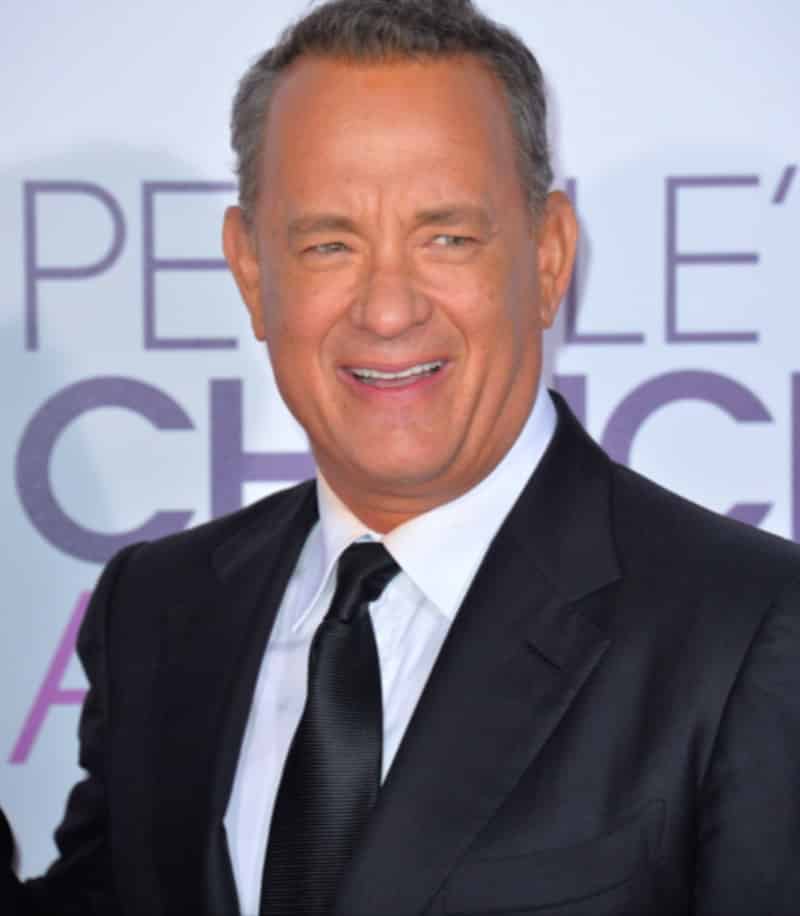 Tom Hanks is arguably one of the most recognizable faces in Hollywood as he has been in both comedic and dramatic roles. However, would you have ever guessed that the two-time Oscar winner struggled with a ton of self-doubt? Hanks has been quite vocal about his self-doubt and how preparing for roles about men in extreme danger helped him to overcome his insecurities.

Next, we have a famous singer who started off in a boy band… 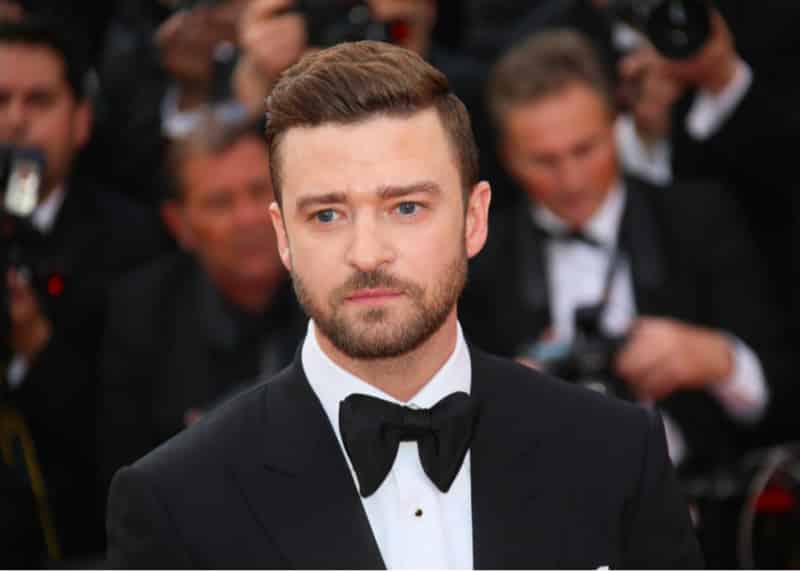 Would you ever believe that one of the world’s biggest pop stars once suffered from crippling shyness? Well, that was the case with Justin Timberlake. “I was very shy as a kid but when I found out I could perform and have people’s attention everything changed for me,” Timberlake told the Guardian. “But all of a sudden the stage made sense and that’s what brought me out of my shell and a monster was created. It felt like it came naturally and it was fun.” 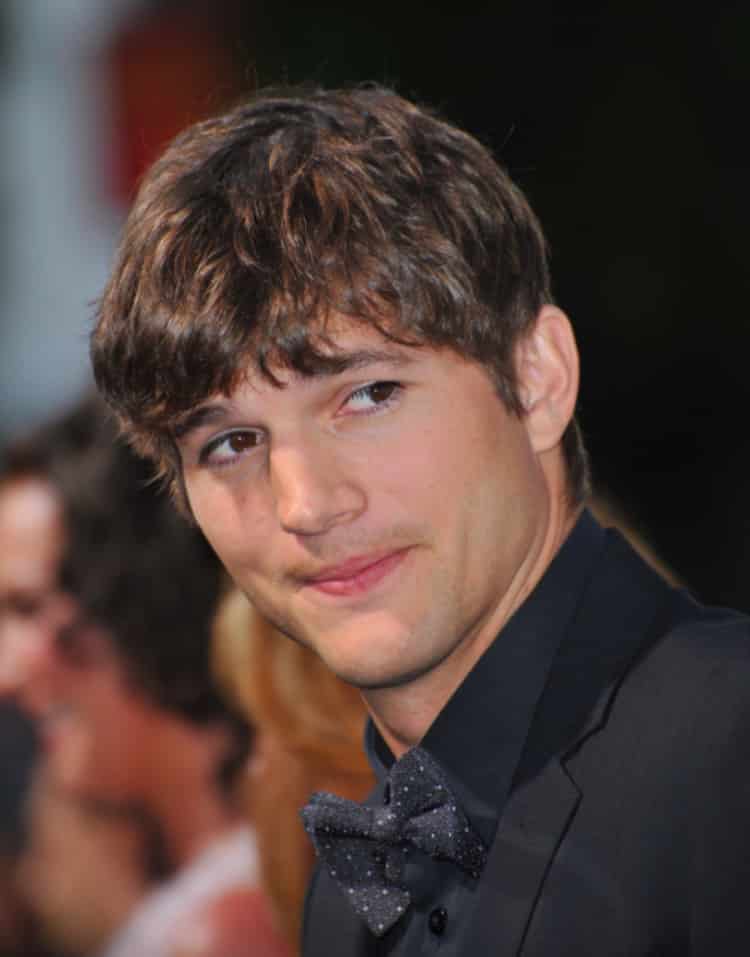 Ashton Kutcher may be a smoking hot celeb but would you ever guess that he had a dirty little secret? “I gave up smoking, I never gave up the drinking. But it’s hard to smoke and swim at the same time,” Kutcher told the Guardian. “You’d get to the edge of the pool and all you’d be wanting is a cigarette when all you actually really want is oxygen. So I traded the smoke for the oxygen. I read a book by an author named Alan Carr, called The Easy Way To Stop Smoking.”

Next, would you ever guess that this celeb who never stops smiling would actually be battling feelings of sadness?! 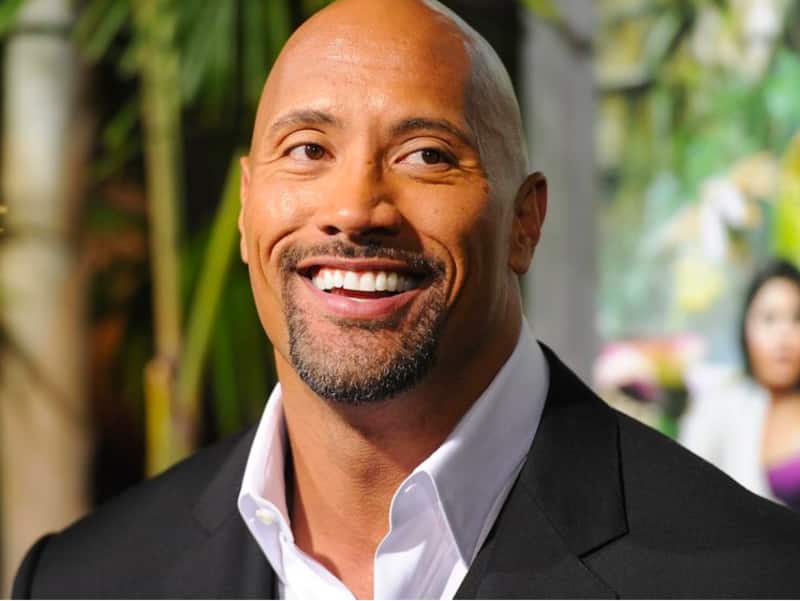 The Rock is only of the most ‘smiley’ celebs ever, which is what makes this insecurity even more shocking! Recently, Johnson opened up about his battle with sadness and depression. “I found that with depression one of the most important things you could realize is that you’re not alone,” he told the Daily Mail. “You’re not the first to go through it, you’re not going to be the last to go through it and oftentimes you feel like you’re alone and you feel like it’s only you and you’re in your bubble.” 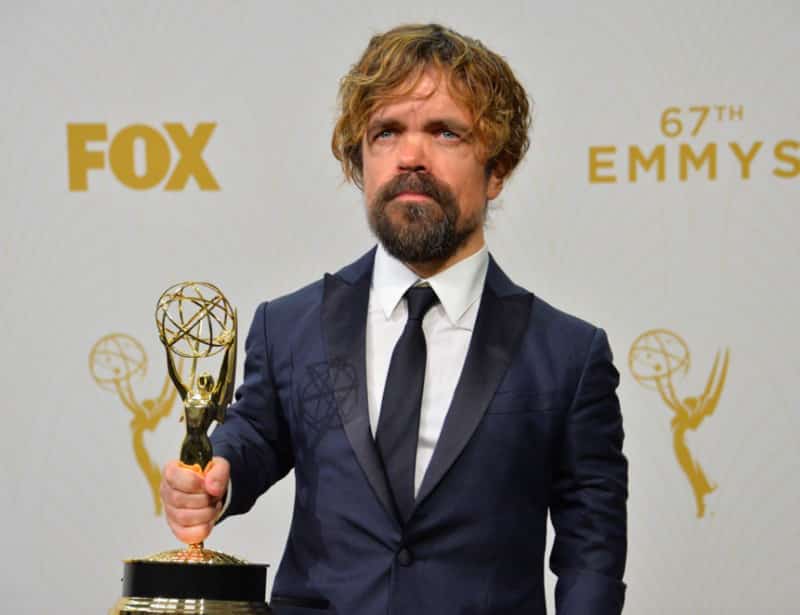 Peter Dinklage plays one of the most influential and loved characters on Game of Thrones. However, the actor has had to overcome a lot of self-doubts about himself and his height. “When I was younger, definitely, I let [my height] get to me. As an adolescent, I was bitter and angry and I definitely put up these walls,” he revealed in an interview. “But the older you get, you realize you just have to have a sense of humor. You just know that it’s not your problem. It’s theirs.” 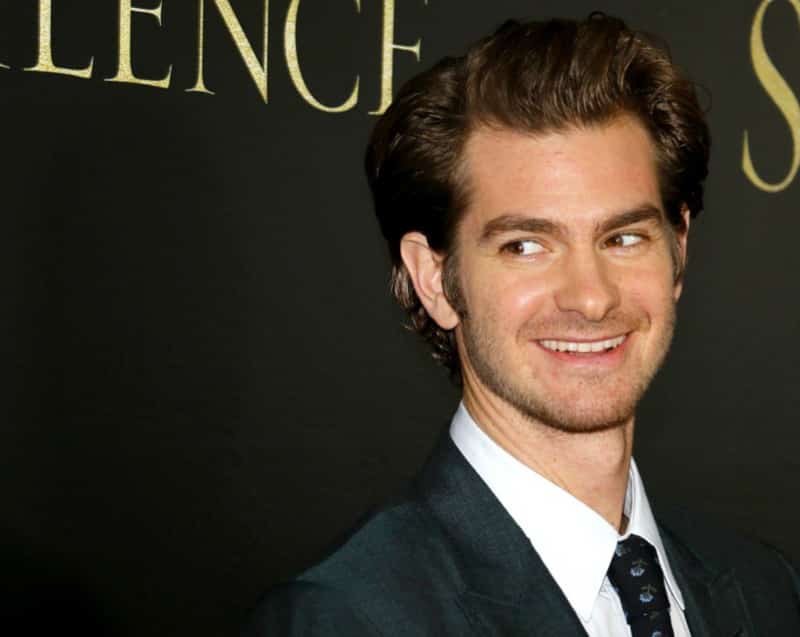 Andrew Garfield is a British-American actor that has received a Tony Award, and has been nominated for an Academy Award and two competitive British Academy Film Awards. Many of us may recognize him as ‘The Amazing Spider-Man’. However, would you ever guess that Garfield struggled with his emotions? “I’ve always been sensitive and had difficulty containing my feelings, and I’ve always searched for outlets for that, because otherwise those feelings come out in chaotic ways that aren’t always great,” he revealed. 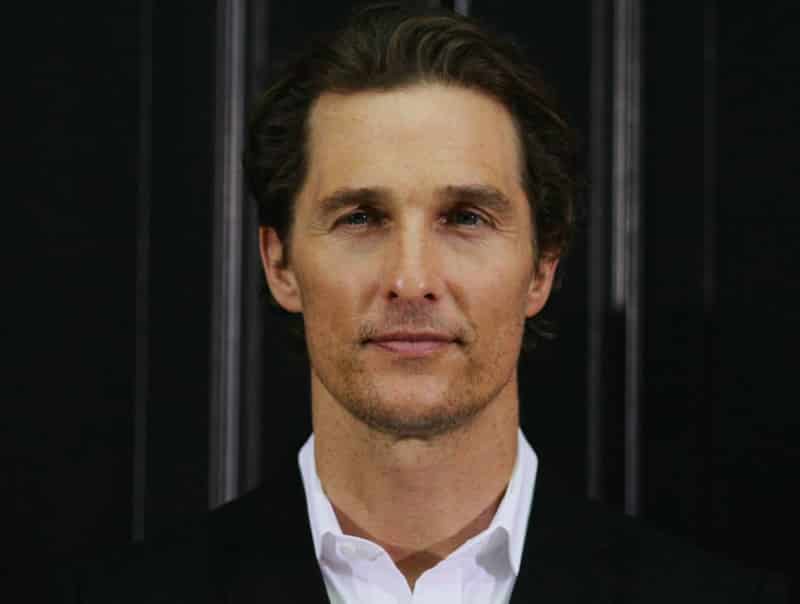 Oscar winning actor Matthew McConaughey may seem like he has it all under control, however even he has had bouts of fear. “Instead of denying these fears, declare them, say them out loud, admit them, give them the credit they deserve,” he stated. “Don’t get all macho and act like they’re no big deal, and don’t get paralyzed by denying they exist and therefore abandoning your need to overcome them.” Sounds like some pretty solid advice.

Next, would you believe that one of the most revolutionary CEOs battled with an existential crisis? 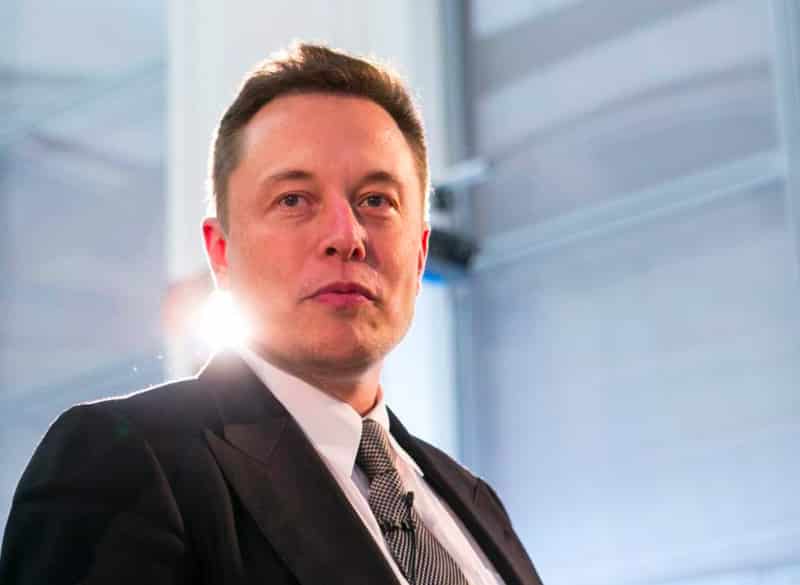 Elon Musk is arguably one of the most revolutionary businessmen and investors. However, even this big shot has struggled with some pretty hard life questions. “I was around 12 or 15…I had an existential crisis, and I was reading various books on trying to figure out the meaning of life and what does it all mean? …I read Hitchhikers Guide to the Galaxy and it highlighted an important point which is that a lot of times the question is harder than the answer,” Musk explained.  “…whatever the question is that most approximates: what’s the meaning of life? That’s the question we can ultimately get closer to understanding. And so I thought to the degree that we can expand the scope and scale of consciousness and knowledge, then that would be a good thing.”

Orlando Bloom has starred in some pretty epic films such as The Lord of the Rings and Pirates of the Caribbean. However, would you have guessed that Bloom started to act as a way to deal with his dyslexia. “I was an angry, angry child at times,” Bloom revealed. “Somewhere in me I knew I was smart, but I was really struggling … My creative outlet, performing—that was what got me through.” 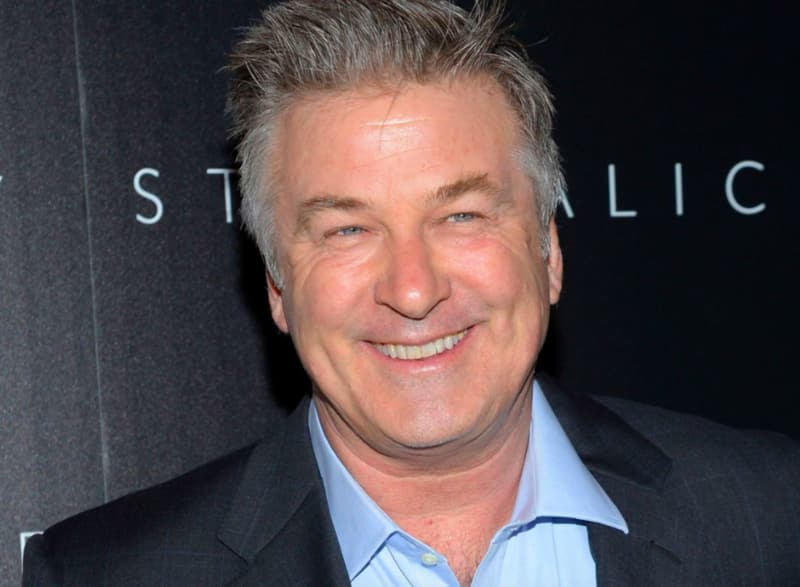 Alec Baldwin is a prolific actor in American culture and his face is easily recognizable in a wide variety of works. With all that fame and success you would assume that Baldwin would be the happiest man on earth, however, it seems that the actor was actually battling an angry demon. His reputation suffered a lot when a voicemail left to his 11-year-old daughter surfaced and showed his angry side. “It’s thrown in your face every day,” Baldwin explained to Good Morning America. “There are people who admonish me, or attack me, and use that as a constant spearhead to do that.” Baldwin has since confronted his anger and worked through the issues. 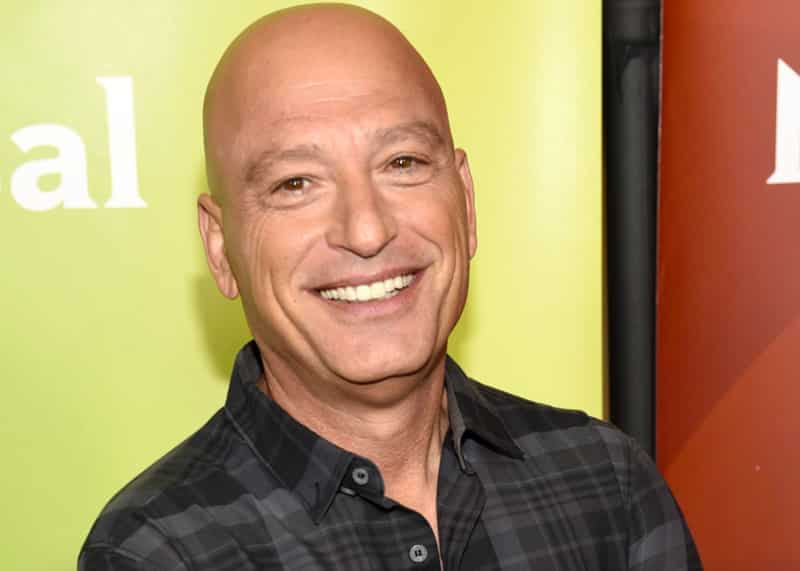 Howard Michael Mandel is a Canadian comedian, actor, and television host. However, the beloved host has suffered with obsessive compulsive disorder and an extensive fear of germs. “If I’m triggered and I get some sort of weird thought in my head that can’t go, then my day is, is stopped. My life stops,” Mandel told ABC News. Although Mandel still struggles with his OCD, going to therapy has helped him work around his problem. 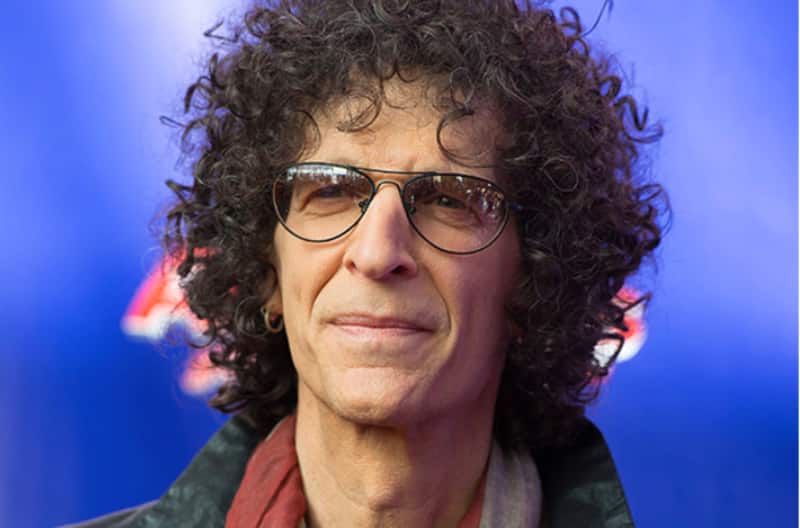 Here we have another example of how OCD can really take over your life if left untreated. Radio host Howard Stern battled with OCD that left him incredibly insecure. “The … rituals were my distraction,” he wrote in his memoir. “When I was in college and nervous about entering the world of broadcasting and earning a living, the pressure was enormous. … As a defense mechanism, my brain had set up an elaborate maze of rituals that kept me from confronting my fear.”

Our next celebrity is a well-known comedian that struggled with fitting in throughout his life. 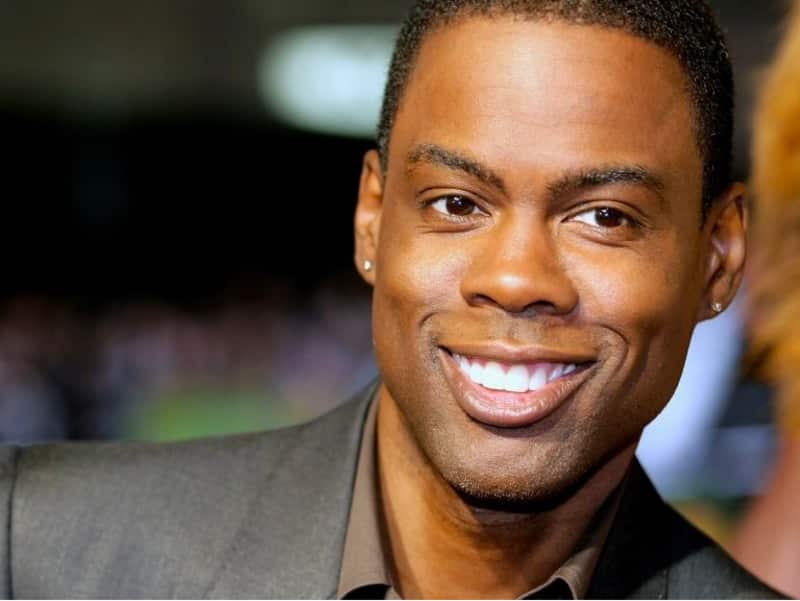 Comedian and director Chris Rock may be funny, however in order to attain his success he had to overcome a ton of insecurities about being one of the only black kids in his school. “We lived in Bed Stuy, one of the most famous ghettos in the world,” Rock explained. “My mother and father wanted me to go to a better school, so I was bused to this poor, white neighborhood…I was the only black boy in my grade for most of the time. I was a little guy, too, a skinny runt.” Rock credits a lot of his success to having to overcome the bullying he underwent. 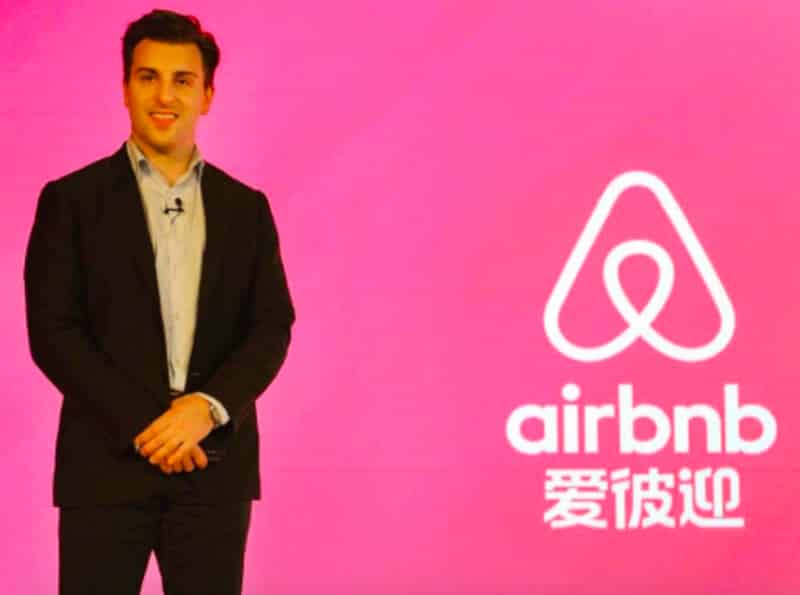 The co-founder of Airbnb Brian Chesky has openly admitted on more than one occasion how he struggled with handling the responsibility of running a company. “When you first start leading people, it can be a little uncomfortable—you feel like maybe you’re bossy, maybe you’re mean, you might be reticent about making decisions or reluctant to give feedback,” Chesky revealed. “But I removed all reticence whenever a crisis occurred, and I made a unilateral decision to be direct. And when I started doing that, I realized that people are thriving from this, and that it’s so much more helpful for people.” 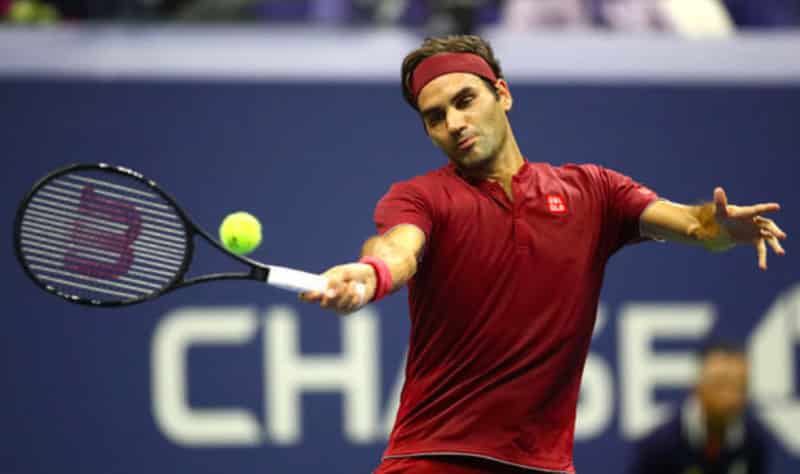 Roger Federer is a Swiss professional tennis player who is currently ranked world No. 3 in men’s singles tennis by the Association of Tennis Professionals. However, Federer also struggled with taking control of his attitude. “That I was able to maintain such a long spell of wins, that’s what I was famous for not doing,” he told the Weekend Australian. “I was famous for not being consistent. In this respect, my attitude towards the game and how everything has changed, I’m very proud that I was able to work on my weaknesses, make them almost strengths.”