Jake Coates reunited with his childhood sweetheart, Emmy Collett, after more than a decade apart. The two married and prepared for a lifetime together, but one massage from Jake revealed a devastating prognosis for Emmy, changing the trajectory of their lives. 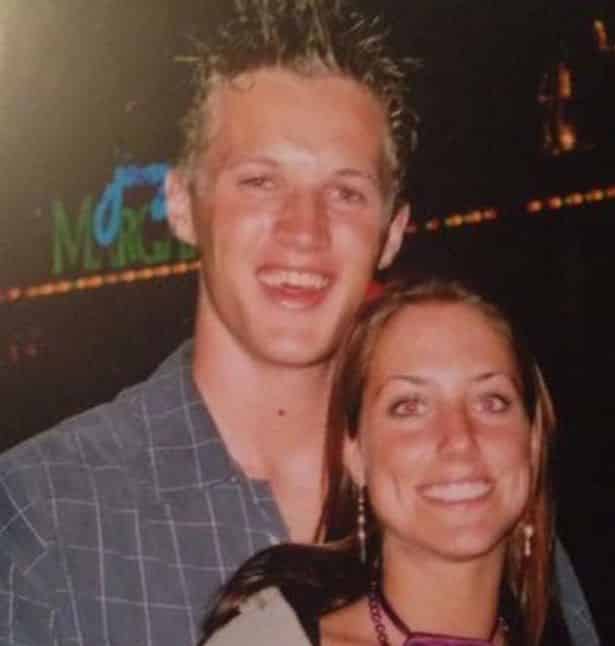 Jake Coates is from Monmouth Wales. When he was 11 years old he met Emmy Collett. As Emmy once said “My ‘school girl crush’ on Jake started almost 20 years ago when we were just 11 years old. We quickly became ‘childhood sweethearts’ and at 13 he told me that I was ‘his lobster,’” she said, referring to the TV sitcom Friends. 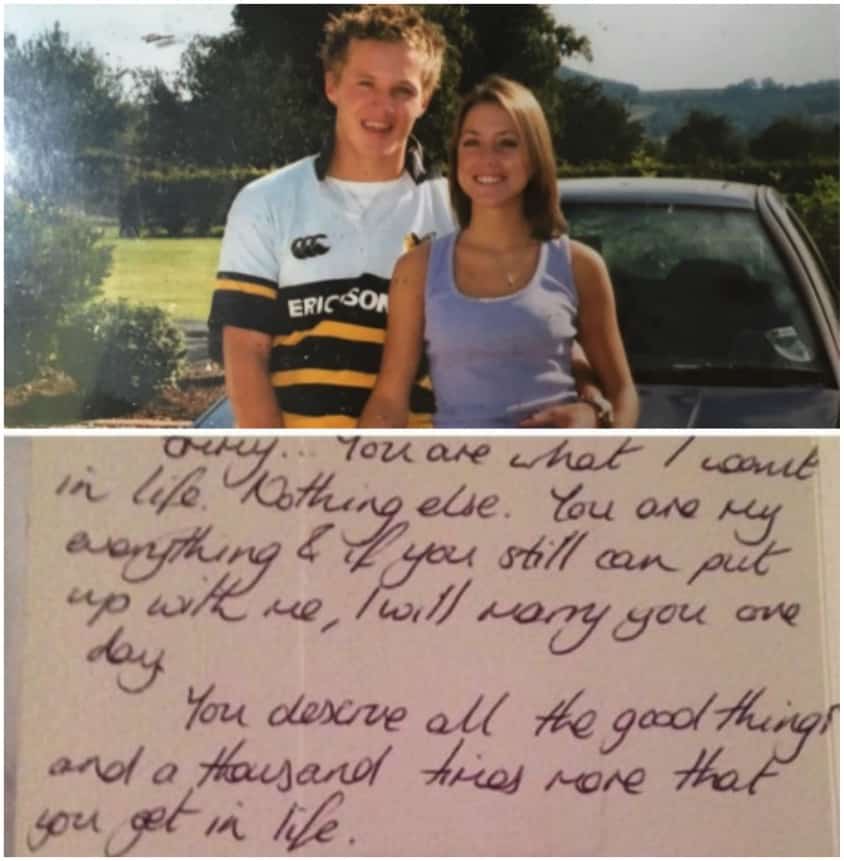 Their friendship flourished, but they didn’t decide to date until they were sixteen. “When we were 16 we finally sought the courage to fully admit our feelings for each other and we dated for three years,” she said. Jake wrote his girlfriend a love letter: “You are my everything & if you still can put up with me, I will marry you one day.” 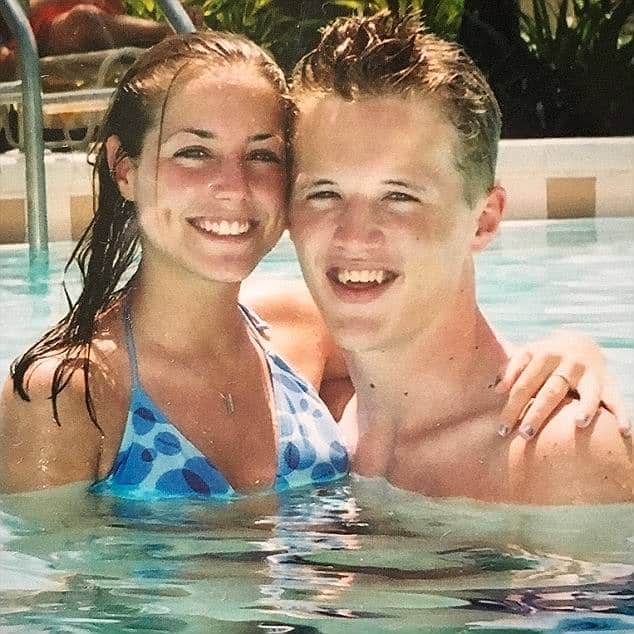 However, like many teen romances, theirs didn’t last. After three years of dating, graduation parted the longtime couple. They went their separate ways after high school, believing that they had been each other’s first love, but nothing more. Life had other plans. 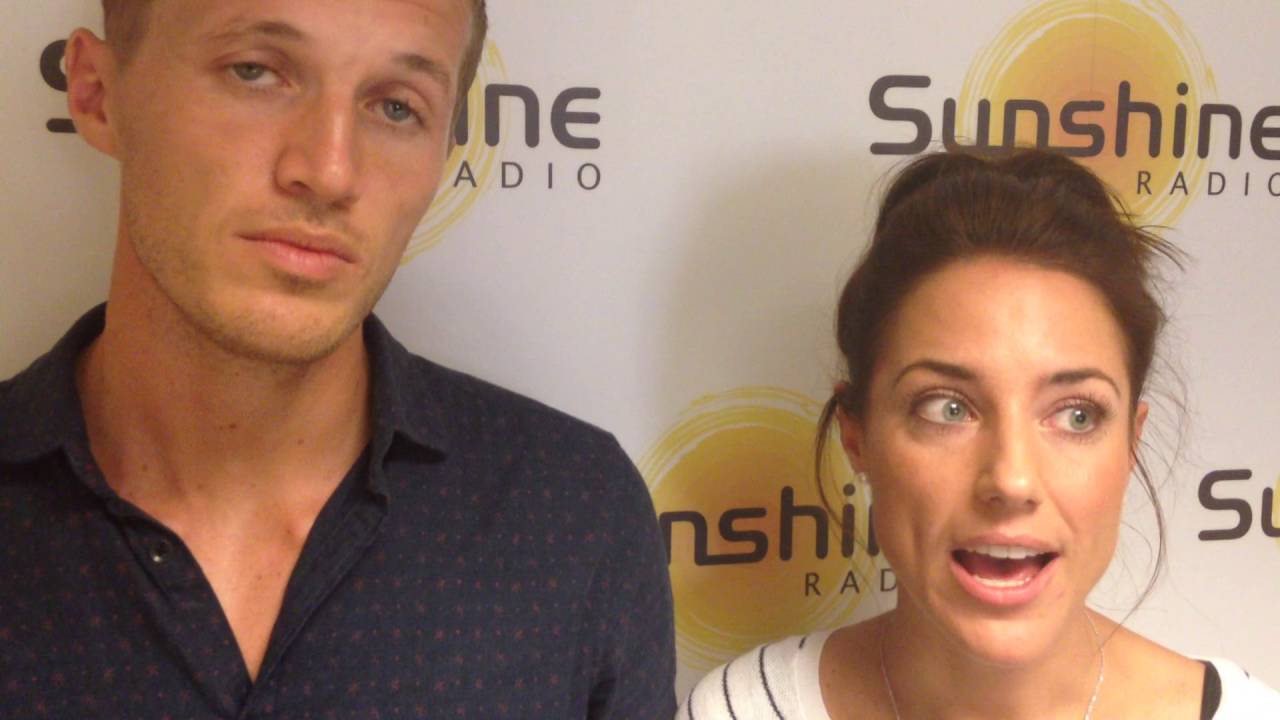 Jake and Emmy had started as friends back when they were 11. Their friendship continued after they broke up, staying friends during their time in college. By 2015, the two were at a crossroads. Jake was now a doctor living in Australia, and Emmy was a teacher in London. That’s when they reconnected once again. 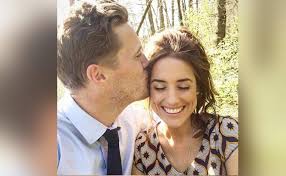 By the time both had started their careers, they realized their romance wasn’t finished. Continents separated them but they believed that they were destined to be together. They visited each other when they could, but kept in touch via the magic of modern technology, having date nights on Facetime. 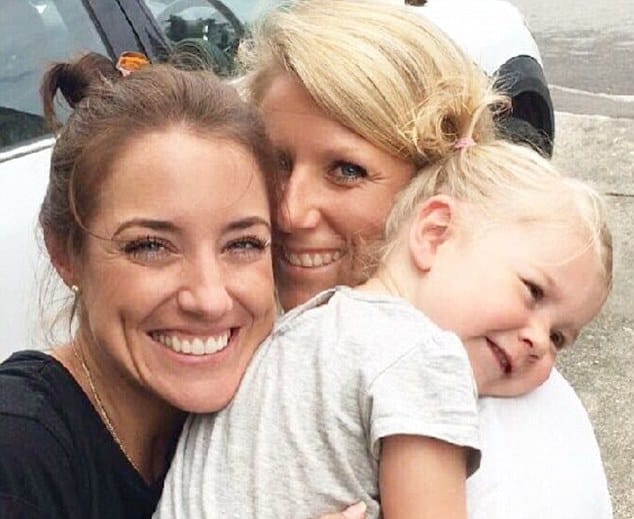 Sydney is 10,000 miles from London, but the two didn’t let the distance stop them. They crossed ocean for each other. After six months of the rekindled romance, Jake decided to make a drastic decision. He wanted to marry Emmy and he vowed to use the very same love letter he wrote when they were teens in order to make his grand proposal. Then something unthinkable happened. 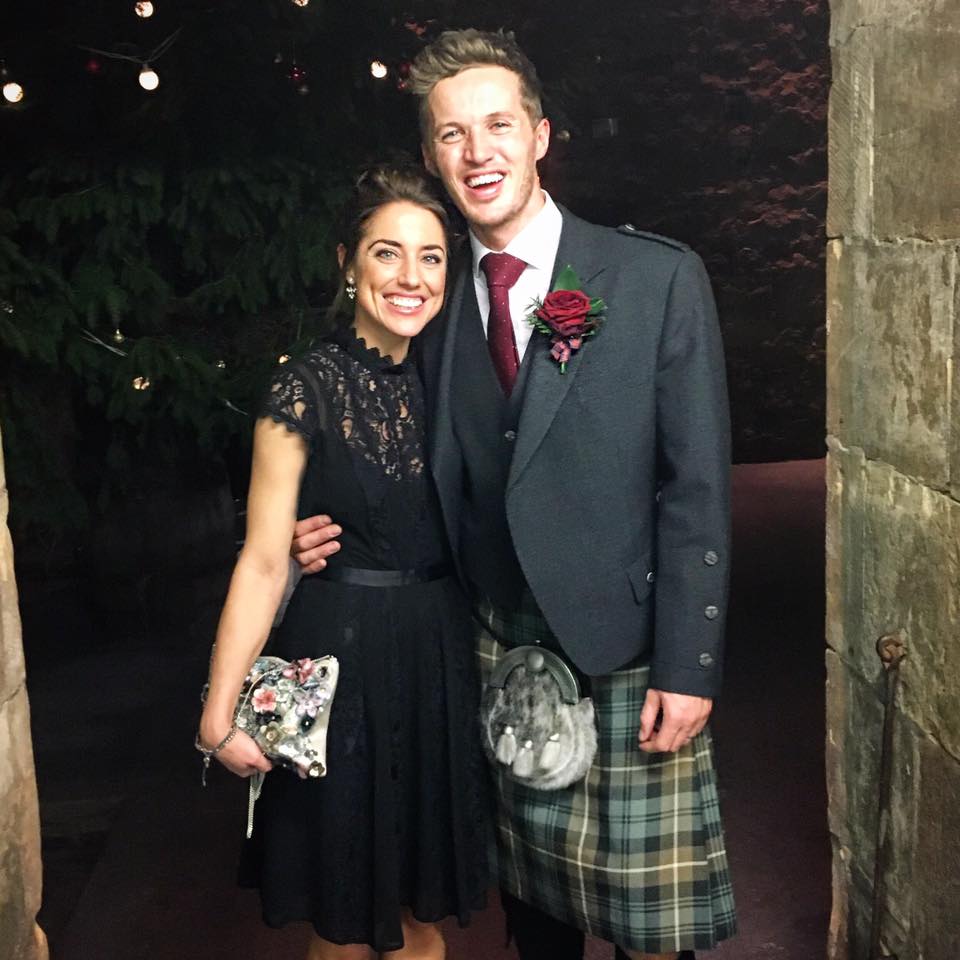 Jake was preparing to propose while she visited him in Sydney. On the last day of their visit, she asked Jake to give her a neck massage. He gladly accepted. When he started to work on her neck with his hands, he felt something that made his blood run cold. 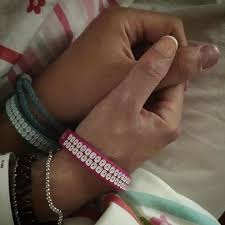 “We were sat in restaurant on a Sunday afternoon – a really sunny, beautiful day – and I just put my hands round her neck from behind and I knew straight away [something was wrong]. My blood ran cold,” Jake remembered. He found a lump in Emmy’s neck. He had to tell her what he found. 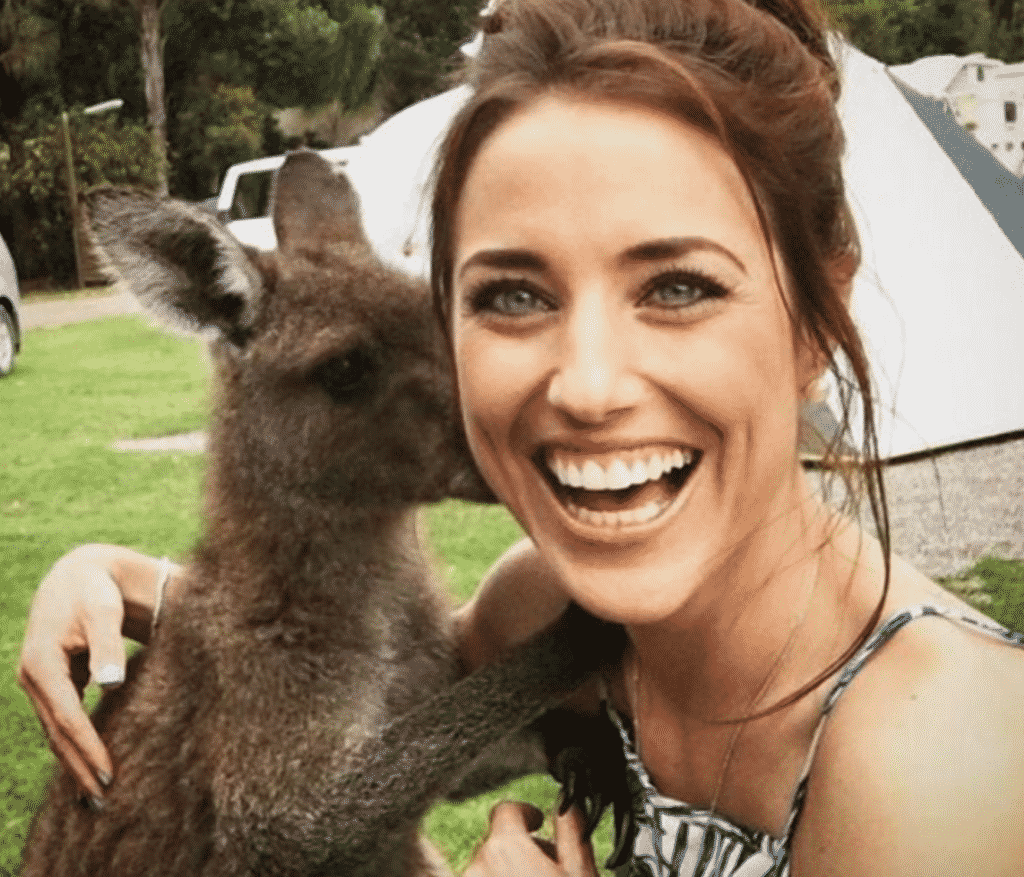 Despite the fact that both were young, Jake was a doctor and he had a terrible feeling. “We were just two people in love lying on a beach in Sydney without a care in the world… who would have known what was to happen next…You don’t want to worry someone so I didn’t shout ‘oh my God, Emmy, why didn’t you tell me about this’ or anything,” he said. “I just said very calmly that she needed to have it checked out really quickly.” 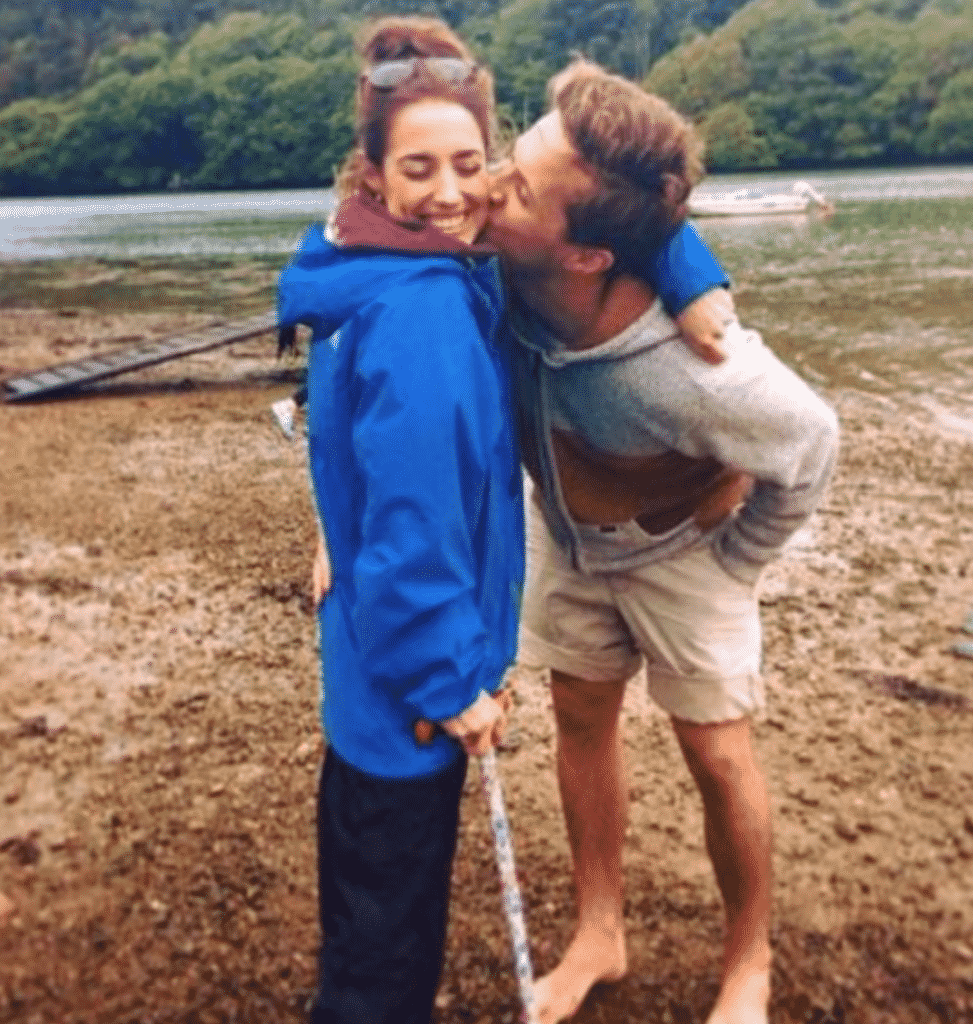 “I told her to make an appointment with her GP as soon as she got home. And that’s what happened.” One day later, Emmy flew back to the UK and saw a doctor. Emmy was diagnosed with a rare thyroid cancer, and it had already speak throughout her body. “She had been complaining about not feeling great for a while but no one had ever felt her neck,” Jake said. 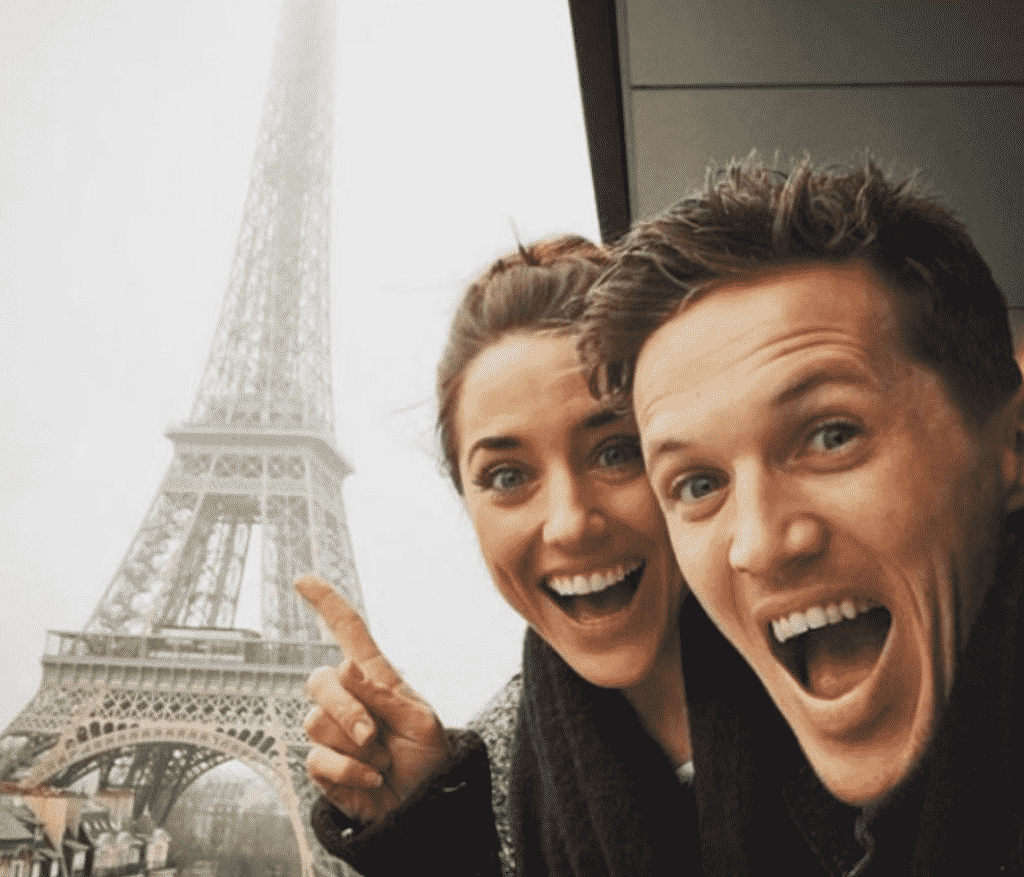 Despite the dire diagnosis, the couple moved forward with their plans. Jack moved back to London and the two prepared to do battle with her cancer. They also vowed to do as much as they could with the time she had left. Emmy inspired everyone with her bravery. 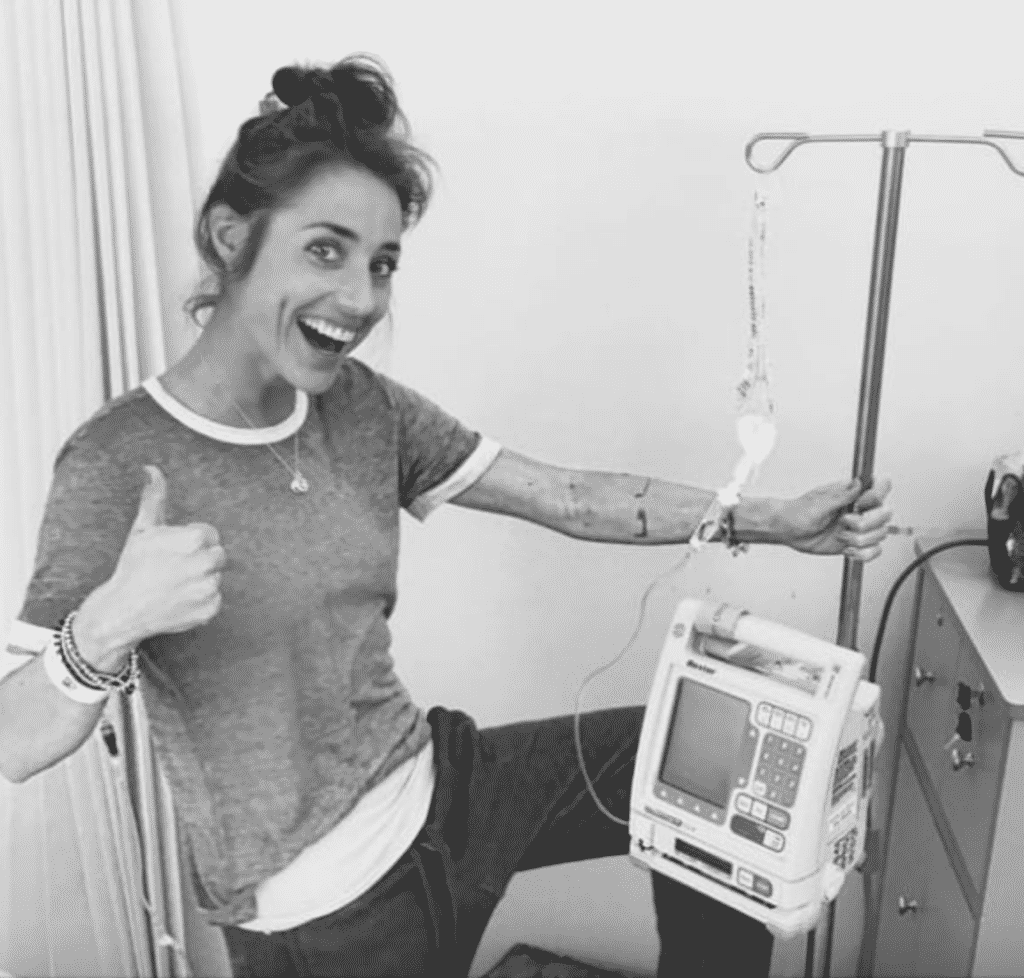 “Believe it or not I am happier than ever. Love truly is the best drug and I have been totally smothered in it,” Emmy said. She was treated at the Royal Marsden Hospital. She kept up a brave face even when she was told she would never have children because of the treatment. 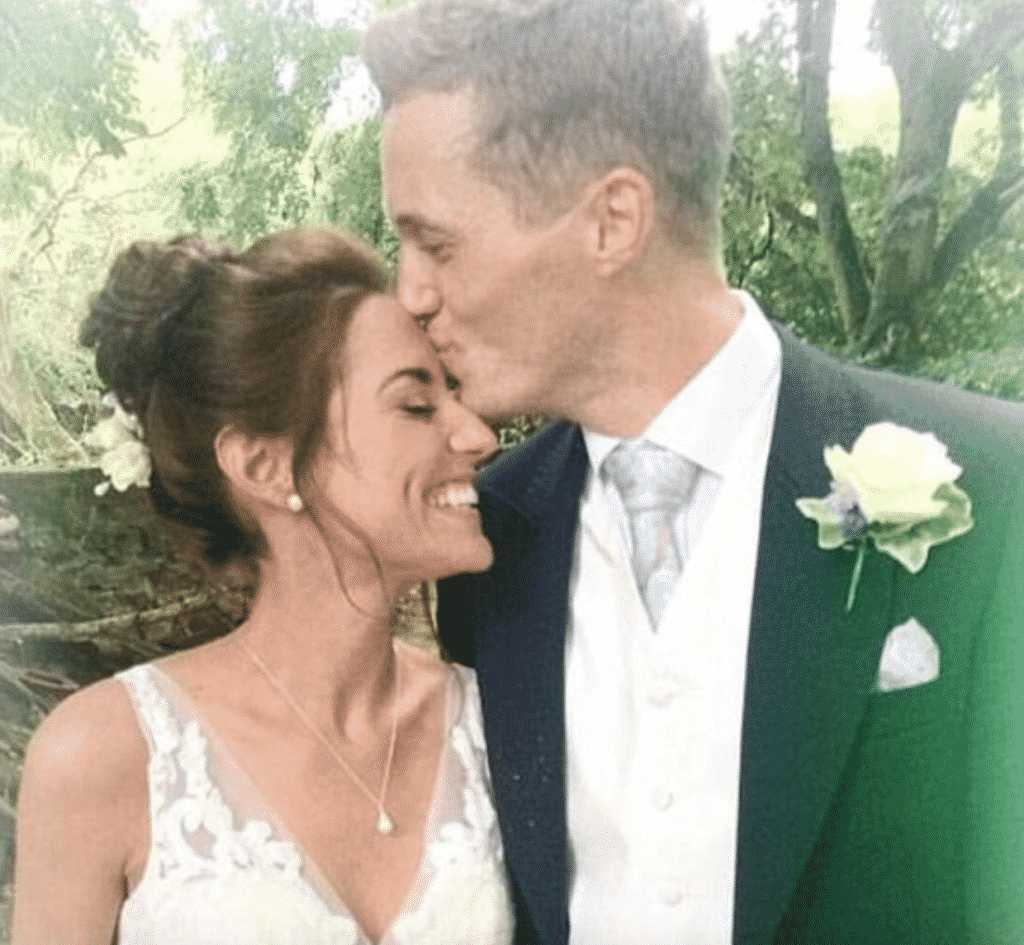 Jake proposed to Emmy while they were in bed sharing a cup of tea. The couple threw themselves into wedding preparations. Emmy’s personal motto, “smile, love and be kind,” became the couple’s mantra. They married in September of 2016. 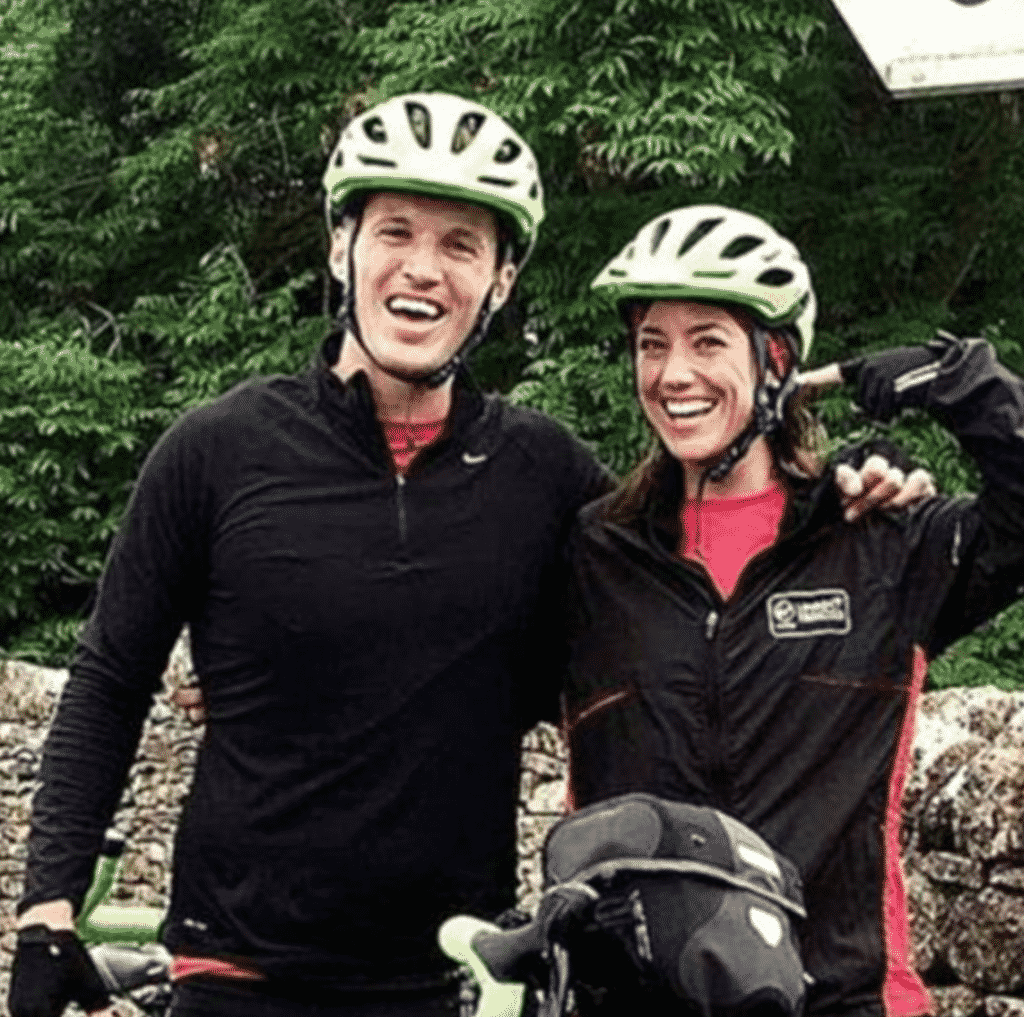 The two spouses decided they would raise as much money for the hospital and for cancer research as they could. Emmy rode with Jake on a 1,242 mile bike ride across Europe from London to Copenhagen. The raised an astonishing $195,000 Royal Marsden Hospital. 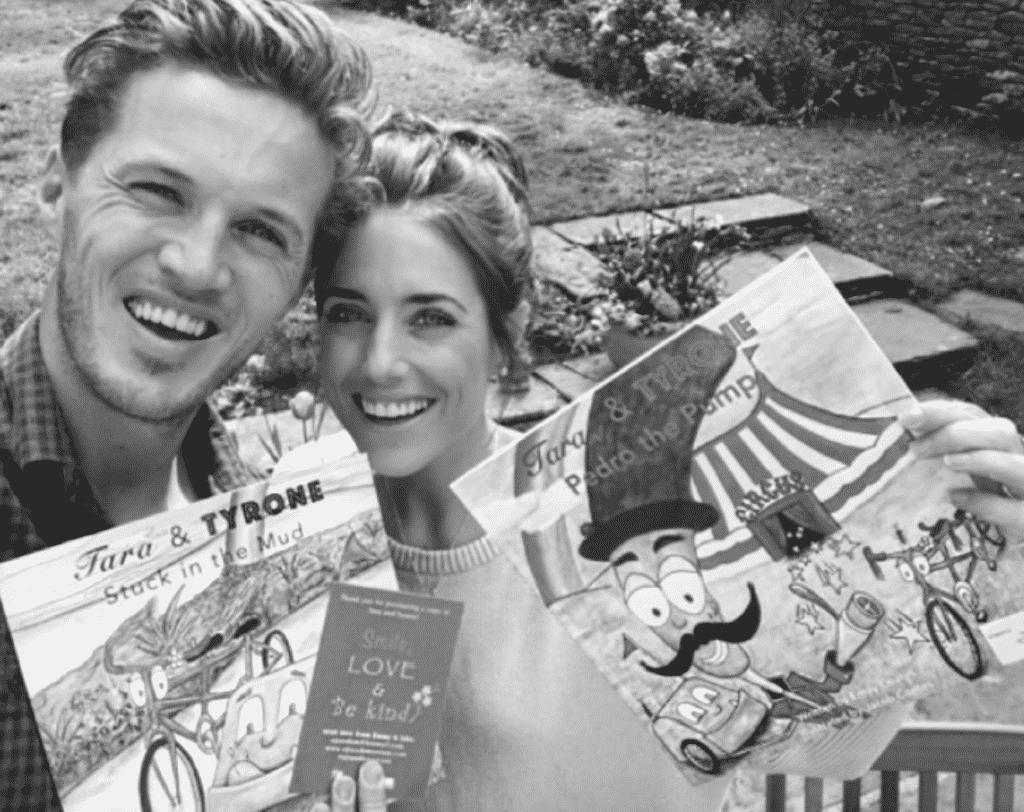 Emmy was often in the hospital undergoing treatment, but she didn’t let that stop her from achieving her dreams. She wrote children’s books during that time. Jake was named Pride of Britain for his charity work. Their story took the country by storm, with many people rallying to their cause. 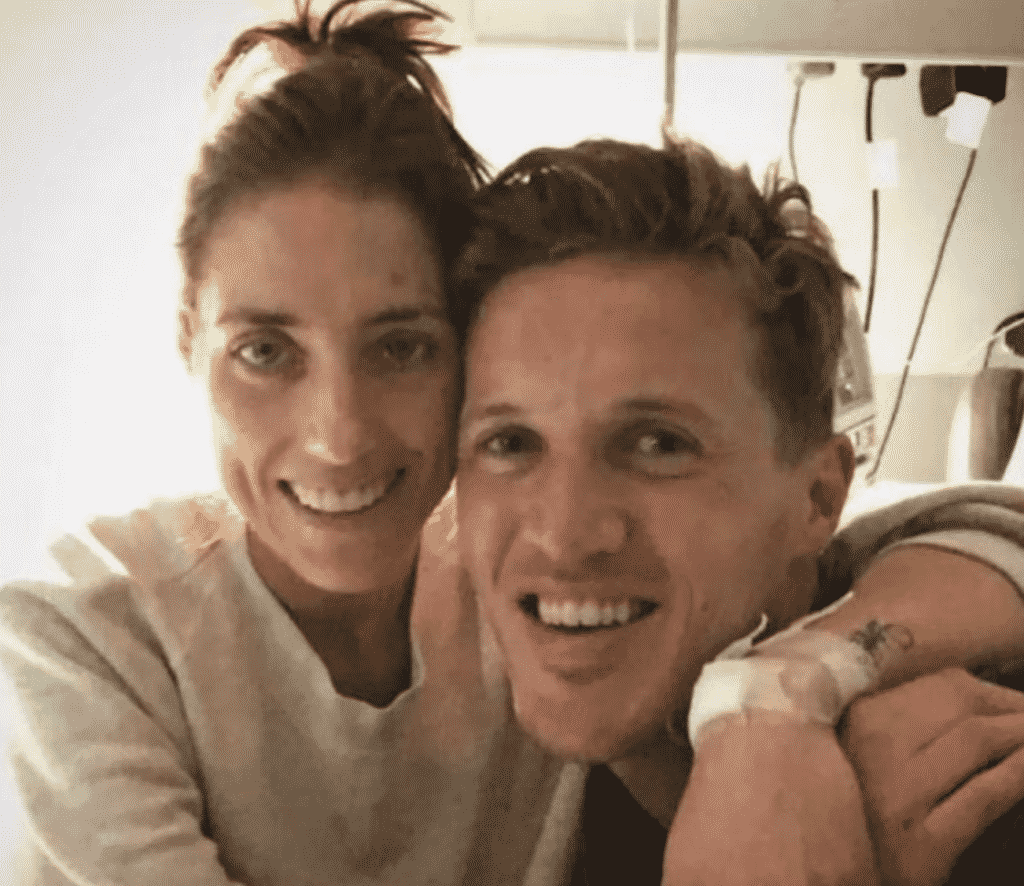 One person who Emmy touched was an old schoolmate of theirs, Liz Begg. She offered to be a surrogate for Jake and Emmy. Even though Emmy’s health was faltering, they went ahead with the plans. Soon doctors implanted Emmy’s fertilized egg inside Liz. Jake was able to tell Emmy that an embryo had been implanted. It was the last information she received before she lost consciousness for good. 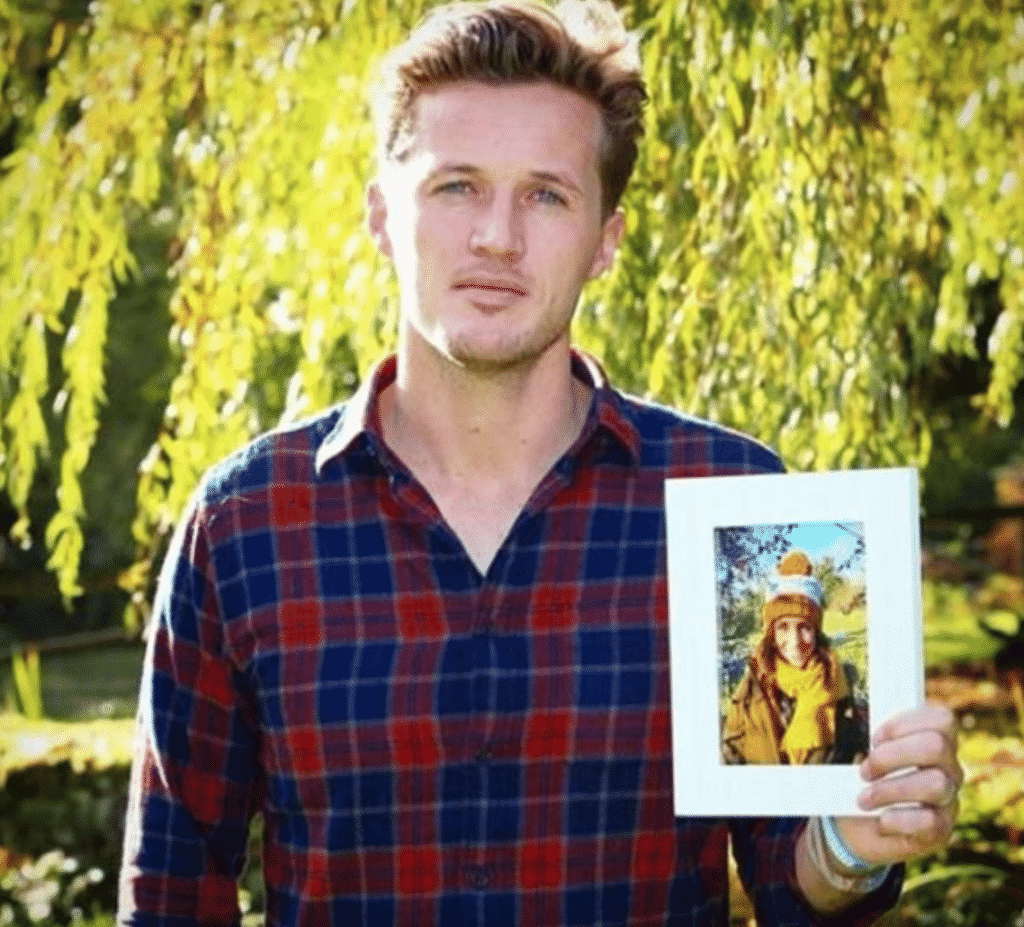 “Less than an hour after doing the tests Emmy could barely keep her eyes open – the tank was well and truly empty. Truth be told, Emmy never fully woke up,” Jake remembered. Emmy died on June 16, 2017, at the age of 31. Jake was devastated. Shortly thereafter, he learned that the pregnancy didn’t continue. Jake promised to keep Emmy’s memory alive by running ten marathons to raise money for cancer research.

2. Inspired by Her Memory 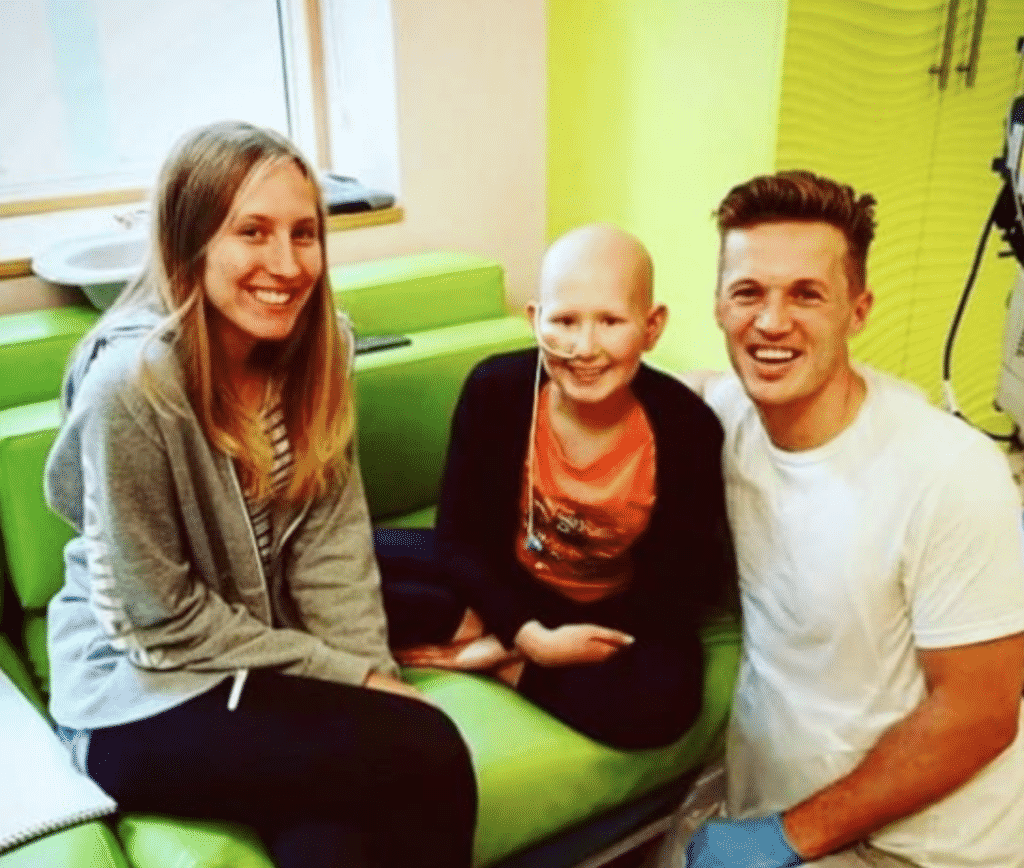 Jake remembered Emmy as,” My co-captain on my bike. My best friend. My lobster. My wife. And truly my hero.” He volunteers at the Marsden hospital every day and decided to teach an art class for children who have cancer. They even read her children’s books, based on characters Tara and Tyrone. 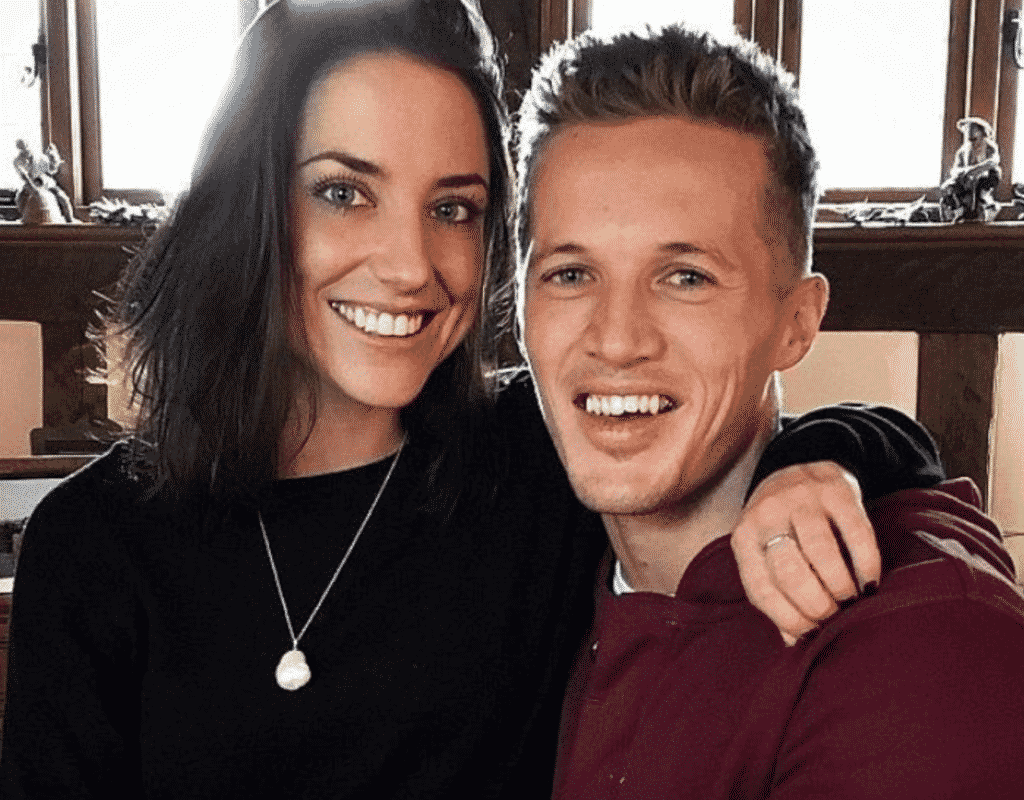 Jake also wants people to cherish every moment they have with their loved ones. “Go to your husband or your wife. Your partner or your lover. Tell them that you love them. Embrace them. Hold them that little bit longer…. You’re only here in this world for the shortest time and you never know when it might all disappear.”