When this poor blind dog was discovered she was found in a pile of garbage. It was a horrible sight for the rescuers but what was even more heartbreaking was the fact that the tiny pooch couldn’t even see. Then, the most outstanding miracle occurred as this pooch underwent a stunning transformation.

Eldad Hargar, 36, and his wife, Audrey, 37, are the founders of Hope for Paws. Over the past eight years, their Los Angeles-based animal rescue organization has helped out tons of abandoned and abused animals. 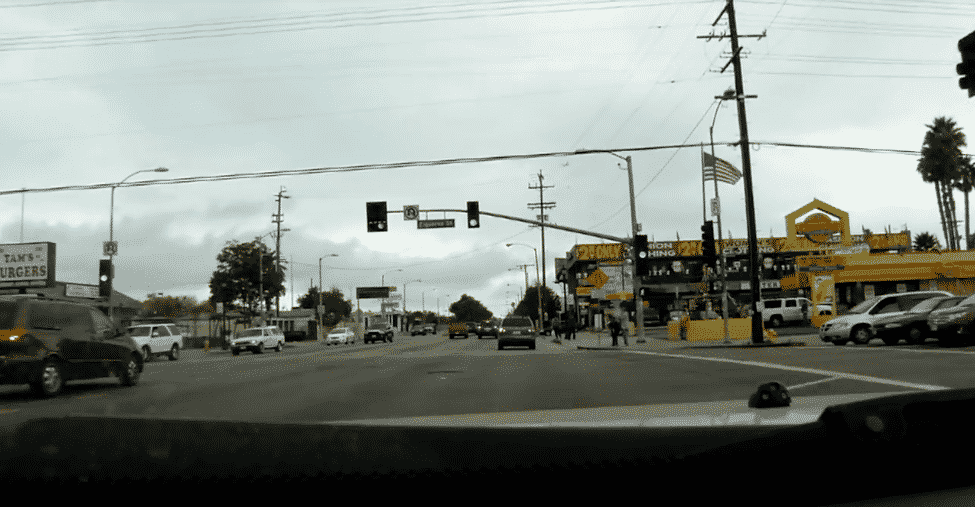 One day, the couple received a phone call from a friend about a dog out in South L.A. Their friend was able to tell that the dog was in pretty bad shape and was in need of rescuing. 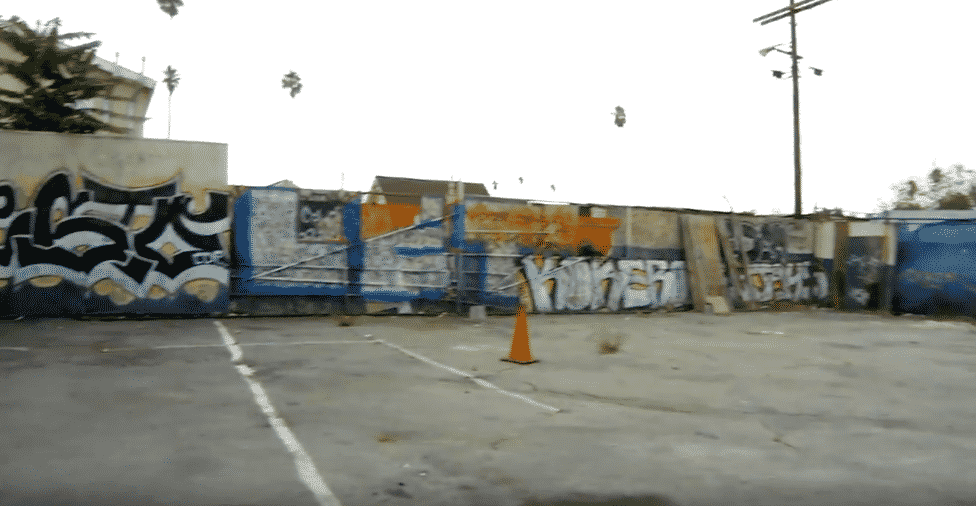 So Eldad and Audrey drove out to the location in search of the dog. When they first arrived in the area, the dog was nowhere to be seen. However, they still continued to search. 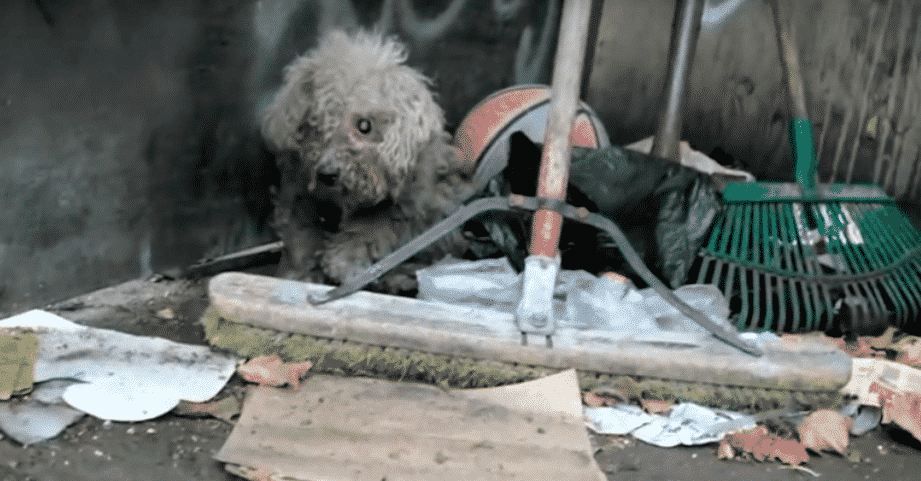 The couple continued to search throughout the property and were about to give up when they finally spotted her. There she was, lying in a pile of garbage and looking absolutely broken down. The couple slowly motioned toward her. 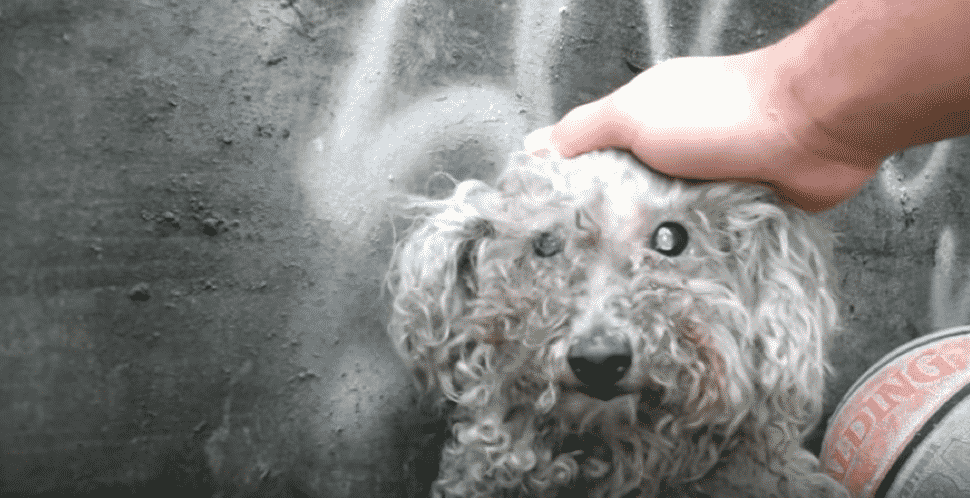 “She was just so defeated,” said Eldad Hagar. “Blind, filthy, everything was going against her. There seemed to be no hope there.” The couple realized right away that she was blind and proceeded with caution so that they wouldn’t scare her. 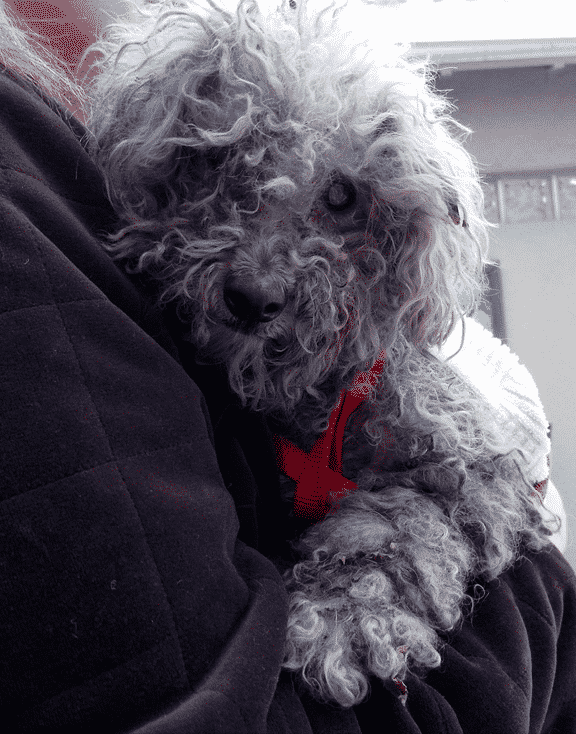 The couple allowed the dog to sniff them out so that she would feel more comfortable. Then they scooped her up in their arms and brought her home with them. They decided to name her Fiona. 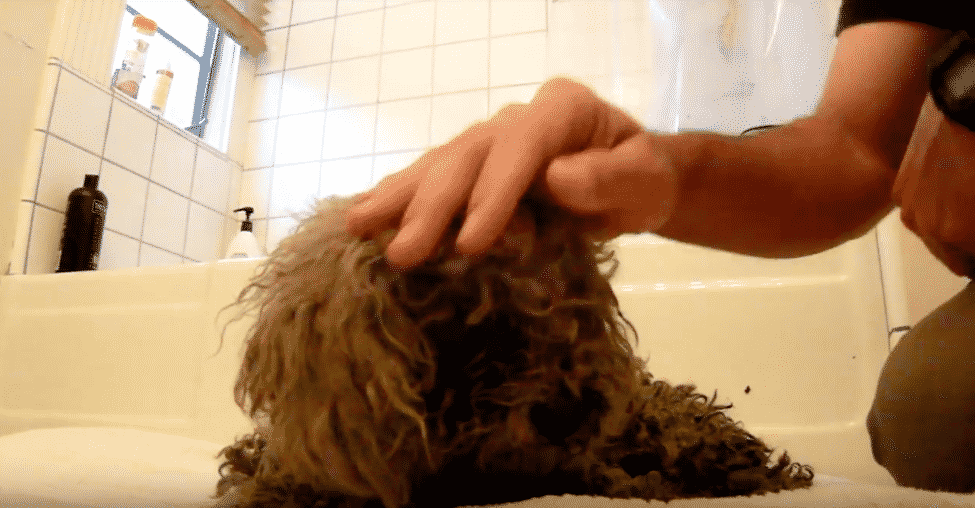 Once Fiona was at the house, the couple was able to get a better look at her to see if she had any injuries. When they took a closer look at her matted fur, they noticed that she had a terrible flea infestation. So they decided to act fast… 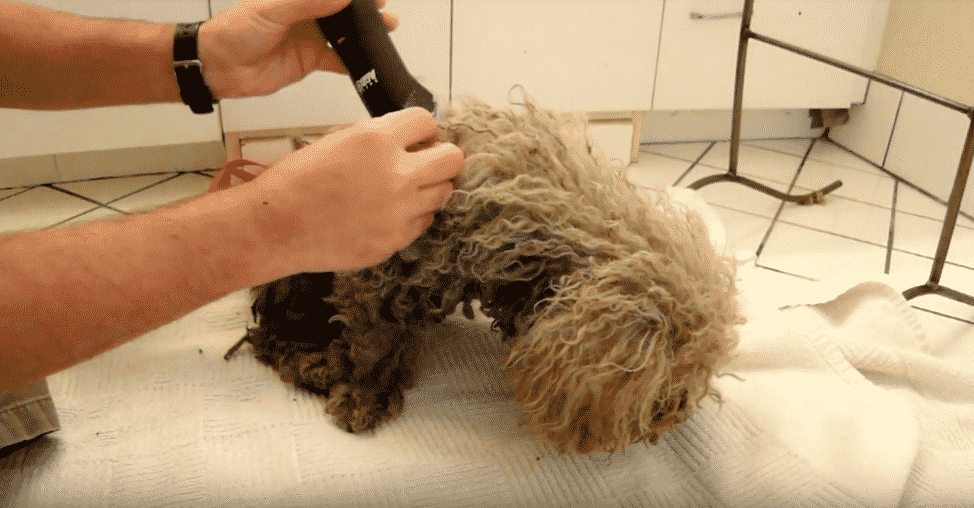 “She had the worst flea infestation we had ever seen,” the video uploaded by Hope For Paws wrote. So the couple swiftly began shaving off her matted fur. Then it was time for a bath! 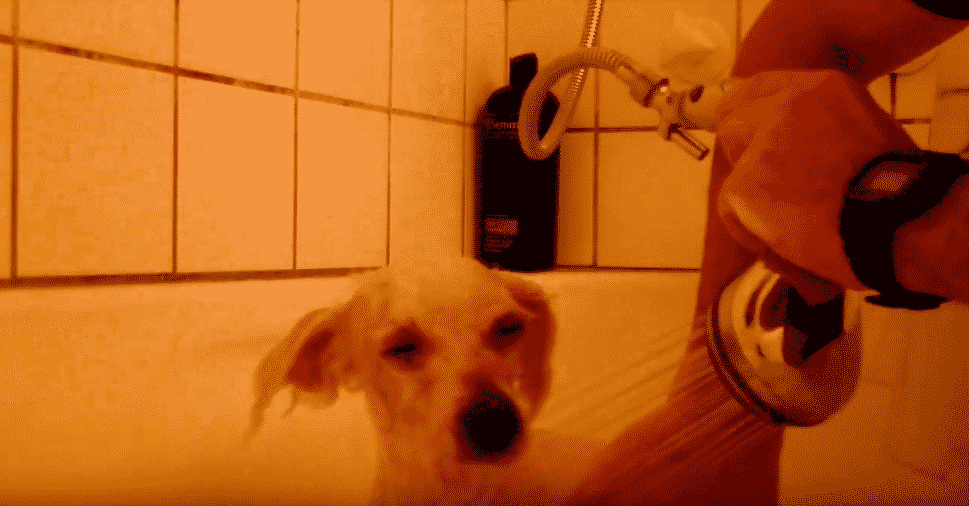 Once Fiona had been fully shaved, it was time to clean off all of the dirt from her body. They gave her a relaxing bath that quickly soothed her. Then she was given time to rest and recuperate. Eldad swears that a bath can make all the difference to a dog… 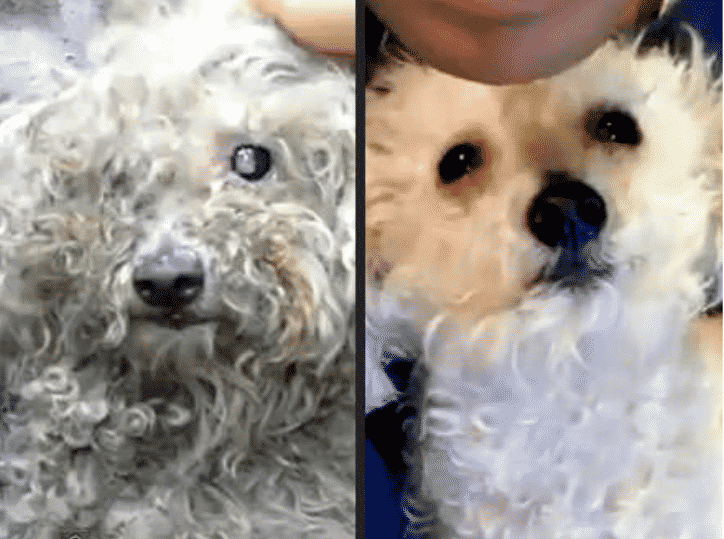 “The change is instant,” he said. “You can take a dog off the street or out of a shelter who is absolutely terrified and you just give them a bath and show them some attention. They feel so much better, immediately. It’s so incredible. ” 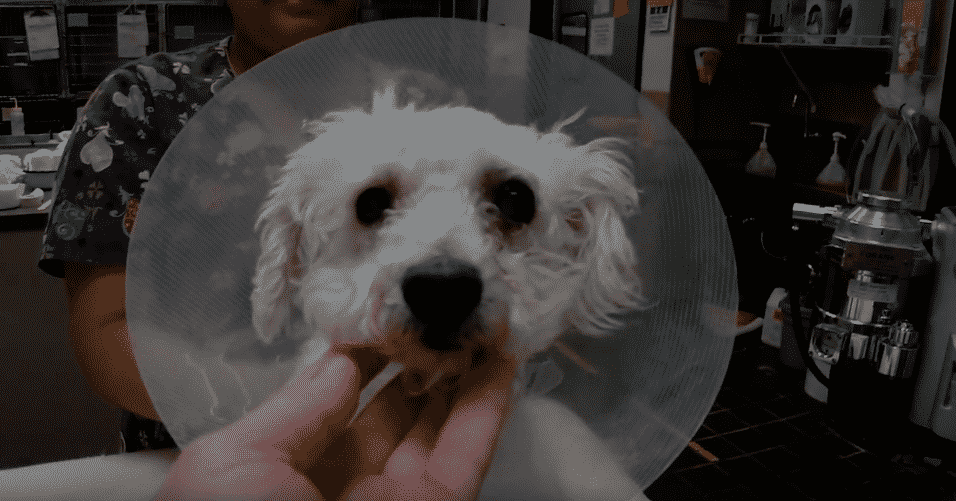 After a few days at the house, the couple decided to bring Fiona in to see Dr. Michael Chang. At the doctor’s office, Dr. Chang confirmed that Fiona was blind in both eyes. However, there was still some good news! 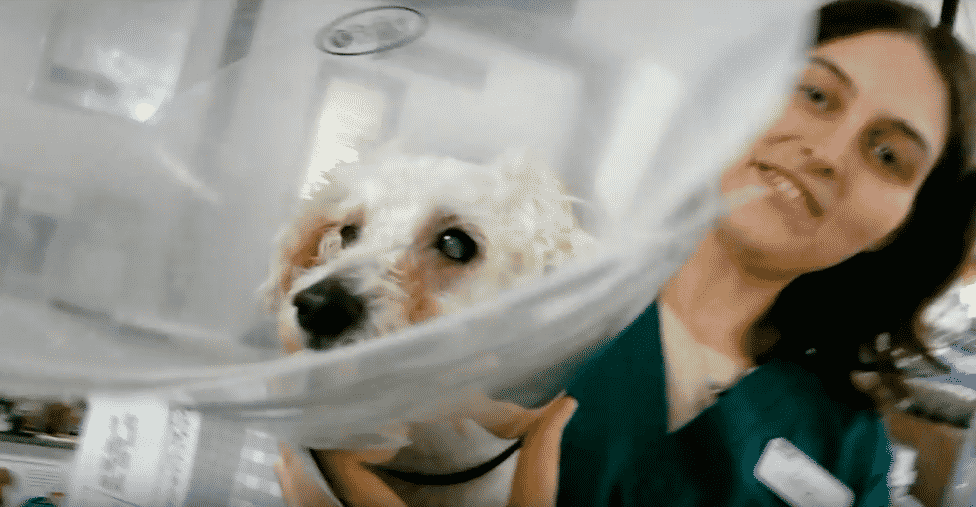 Dr. Chang also told the Hagar’s that he would be able to restore eyesight in one of her eyes. The surgery was costly, so the Hagar’s set up a fundraiser that people could donate into. Soon enough, they had raised enough money for the surgery. 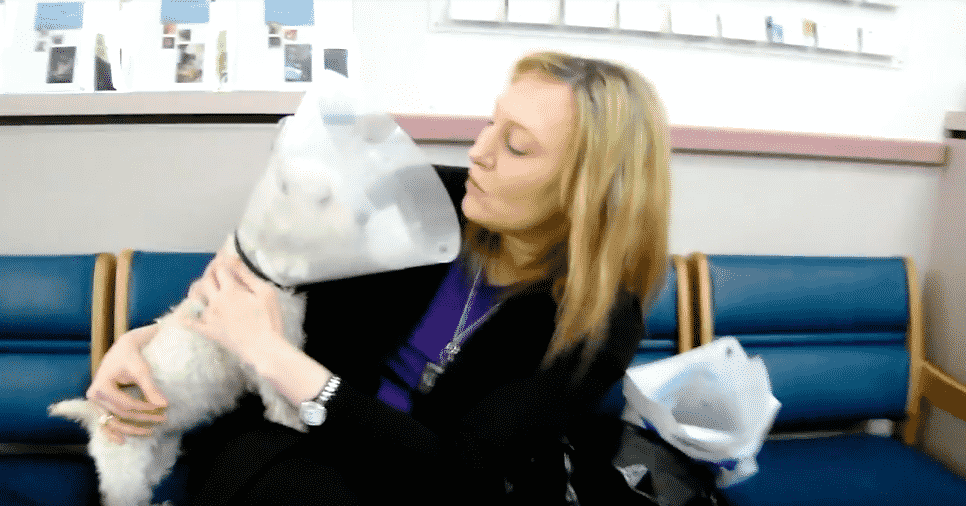 So many wonderful people had gone out of their way to donate to Fiona’s cause. Thanks to them, she was able to receive the $4,000 surgery. The surgery would replace the lens in one of her eyes. 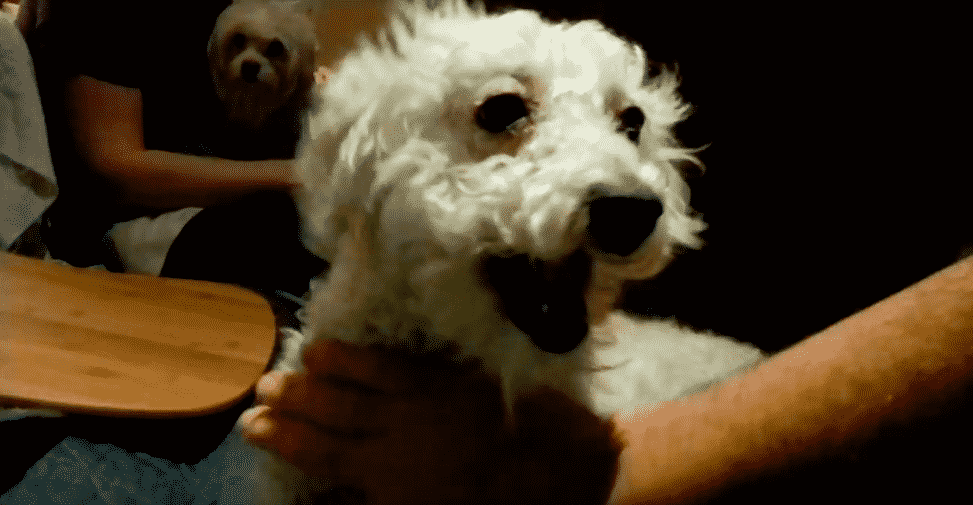 The next day, the Hagar’s went back to the vet’s office to pick up Fiona and they instantly noticed a difference in her personality. For the first time in a long time, Fiona could see. It was a miracle! 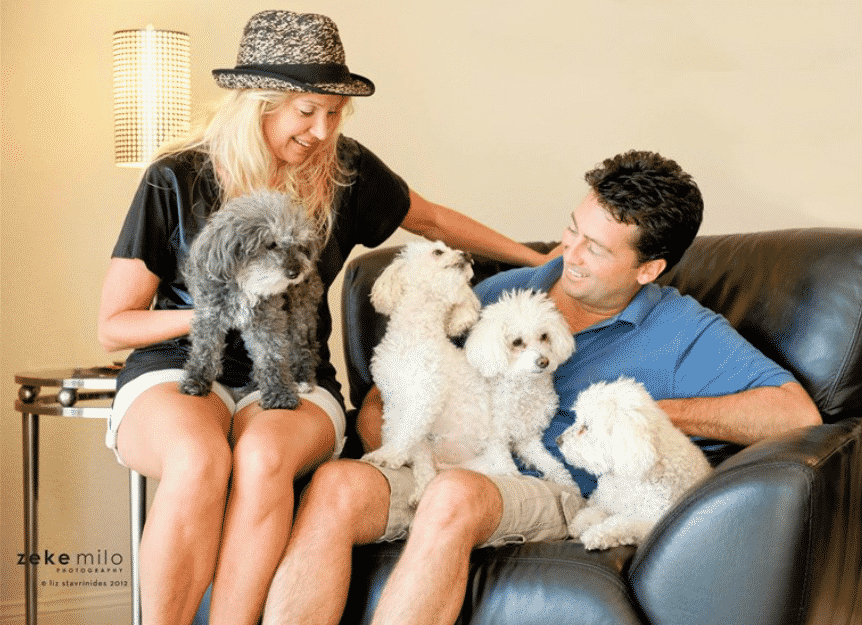 After a few weeks, Fiona had been put up for adoption. She was then adopted by Michele and Chris Gentry. Fiona has found her forever home and she is doing great according to Eldad. 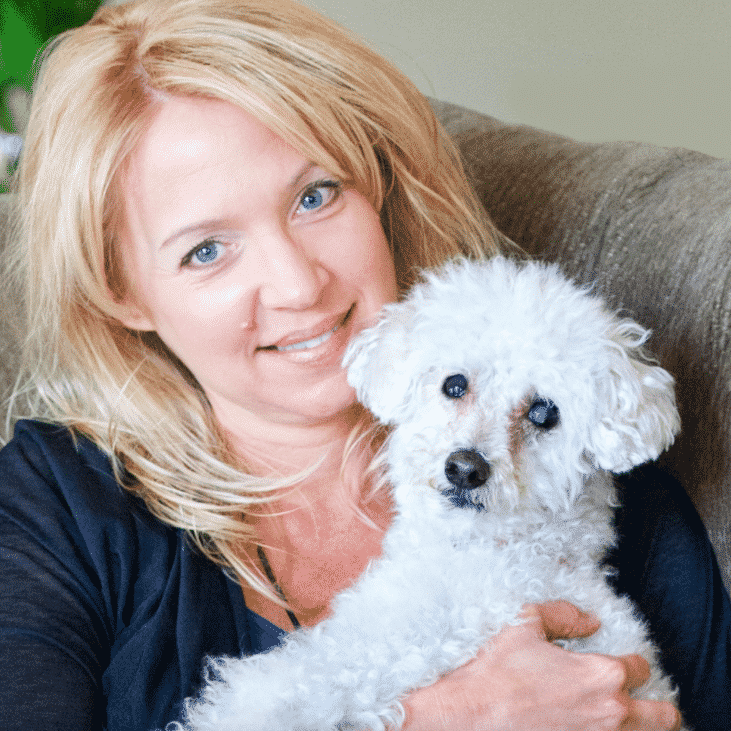 The couple hopes that Fiona’s story will inspire more people to go out of their way to help abandoned animals. After all, just a small effort from the Hagar’s was able to completely transform Fiona and her life for the better. 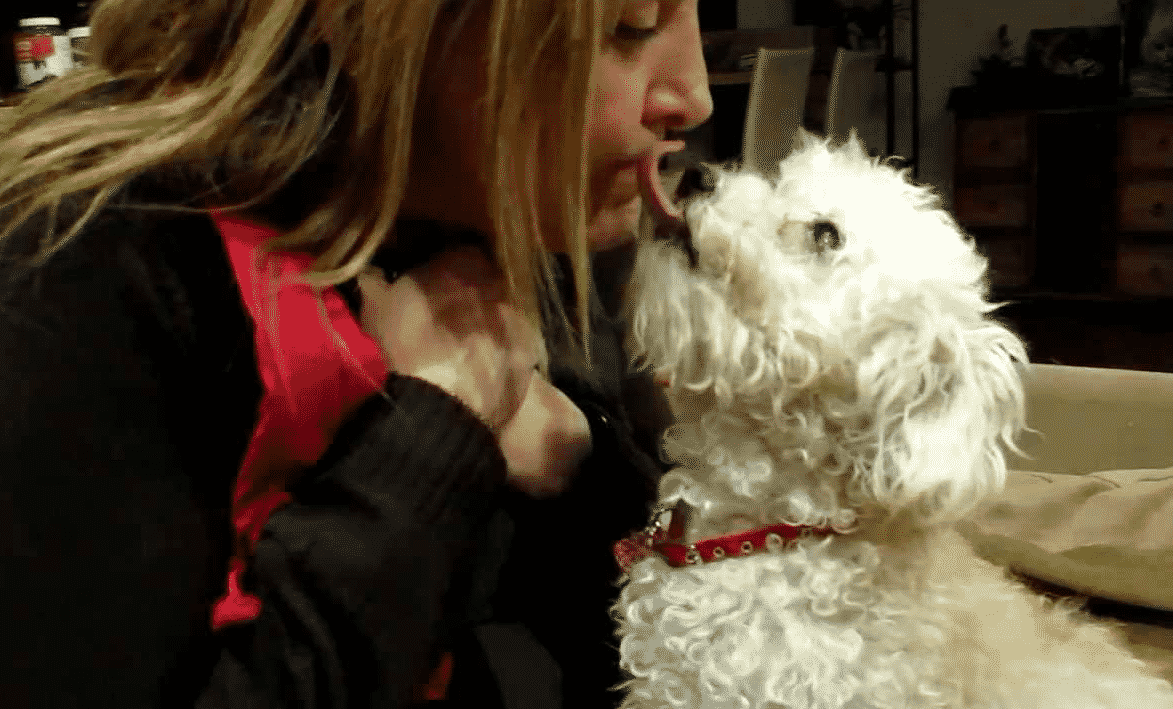 The couple also uploaded the rescue footage of Fiona onto their organization’s YouTube page. So far it has received over 4 million views. Even various news organizations have reported on the story. 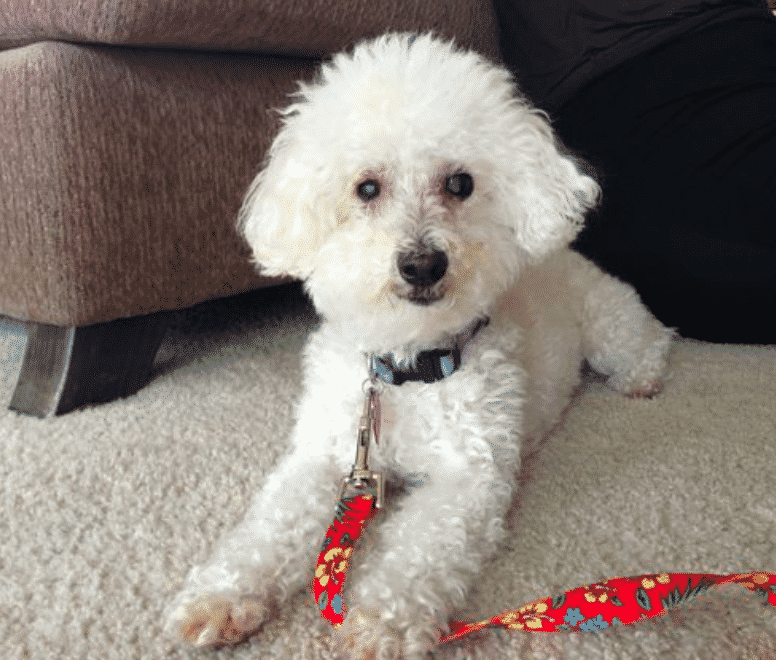 “We’re so happy that people are watching this and learning,” Eldad Hagar said. “We want people to react to this. Next time you see an animal on the street, call someone or do something. If you can’t help, then get help.” 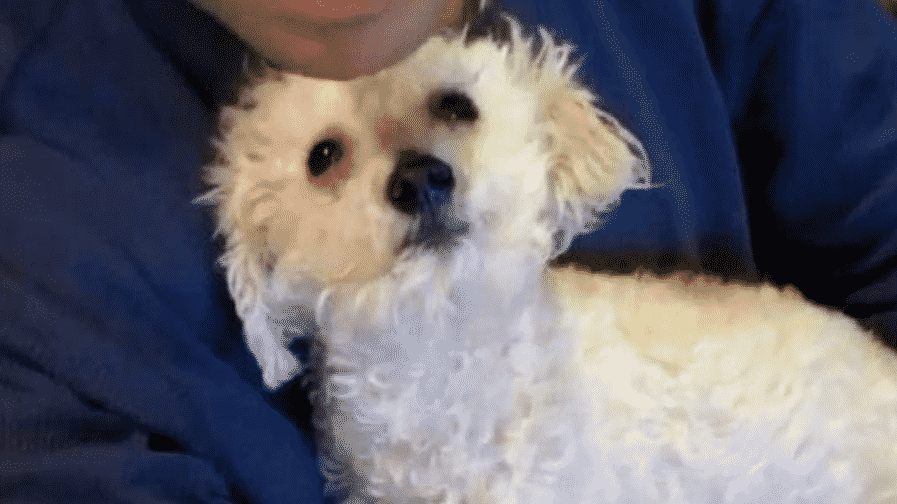 “I really want to encourage more people to foster dogs. It really does not take that much effort,” said Hagar. “It’s so rewarding to take an animal from the worst conditions possible and to see them go from there to what Fiona became at the end. It’s amazing.” The couple is currently fostering five dogs. 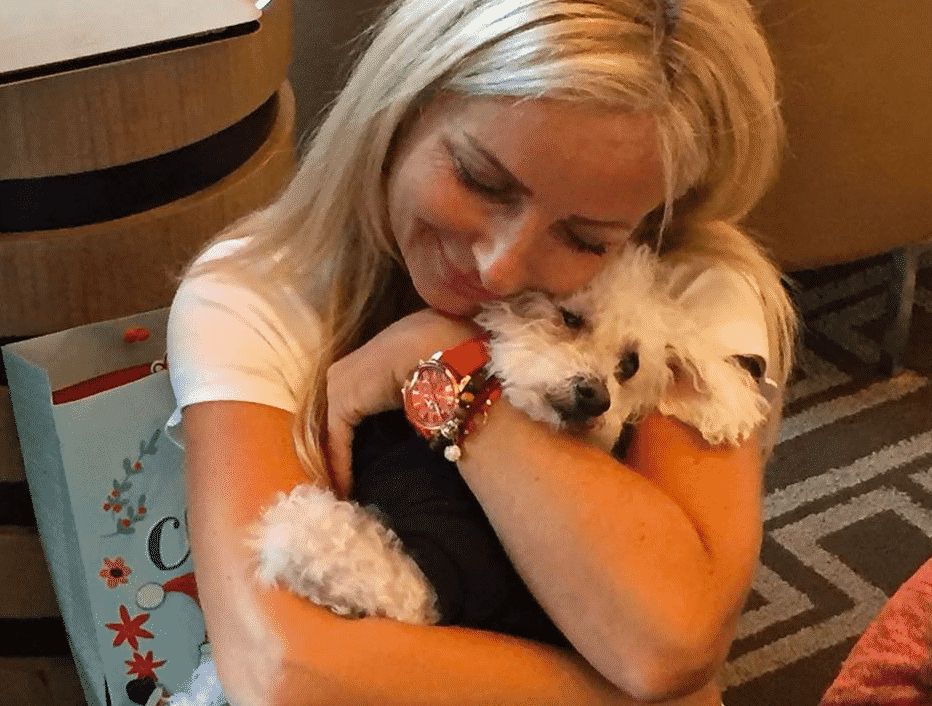 “That’s why we call the organization ‘Hope For Paws’, because there is hope,” he continued. “We just need to make it happen.” Thanks to the Hagar’s Fiona has been given an amazing transformation and a loving home where she will be safe and comfortable.