This Dog Saved A Cat From A Coyote Attack, Now They’re Inseparable

When this pit bull and cat were brought together it was by mere chance. Although cats and dogs are typically marked as enemies, in this instance, a pit bull soon became the savior of one cat! You won’t believe how one pit bull rescued a cat from harms way. 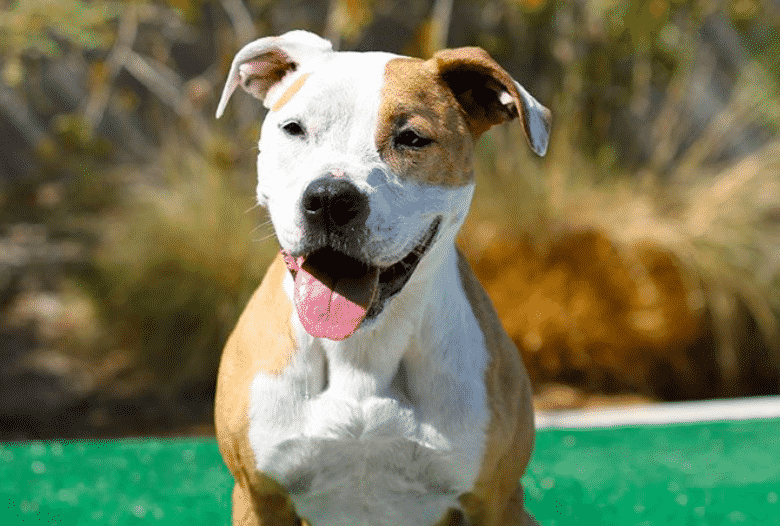 Pit bulls have been known for having a pretty bad reputation in the dog world. The pit bull breed is often dubbed as aggressive and this has often caused them to be seen as mean-spirited dogs. 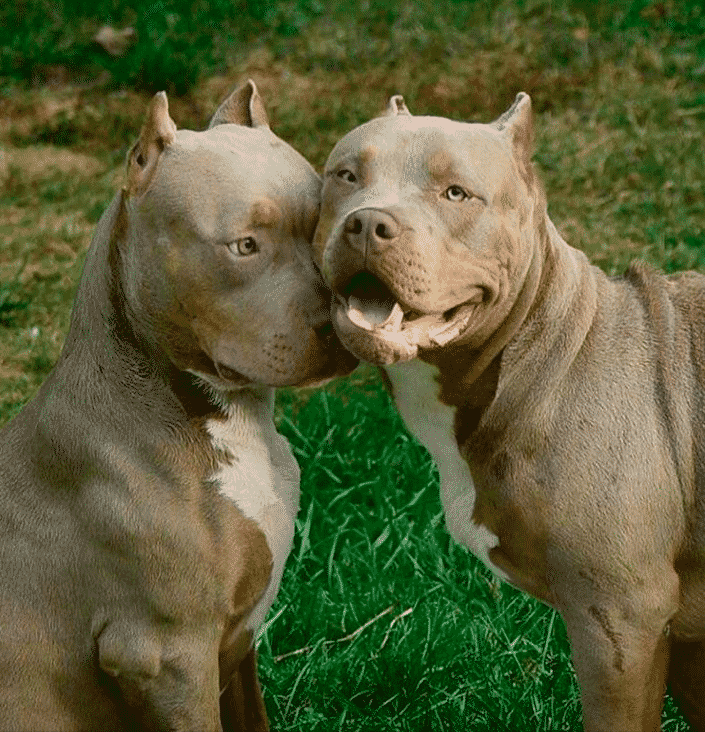 However, pit bull lovers have long argued that pit bull’s are not born bad. Many pit bull lovers even claim that the breed’s bad reputation actually leads them to be adopted by owners that are looking for a more aggressive dog. 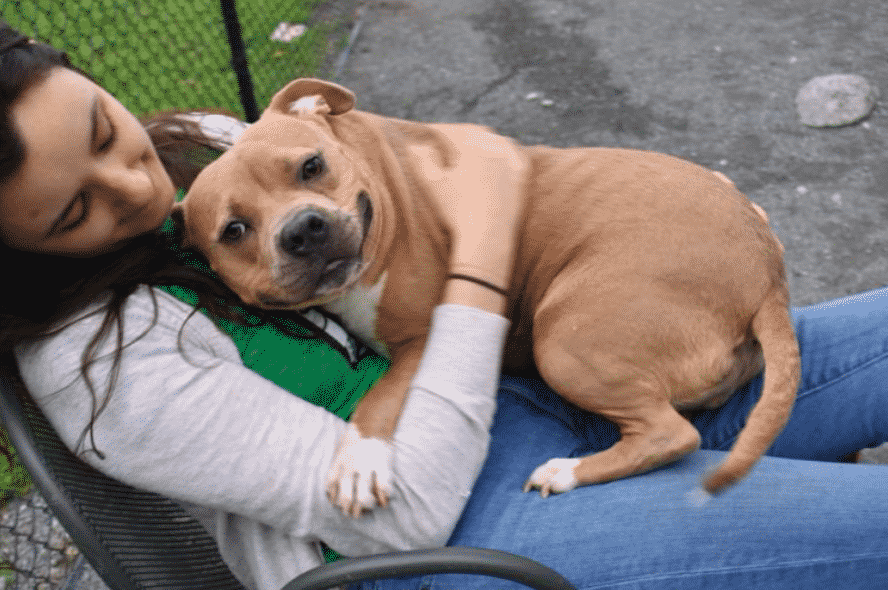 Thus, this creates a cyclic nature for the pit bull breed and their reputation. Pit bulls then are only ever given media attention when they act according to their stereotype. 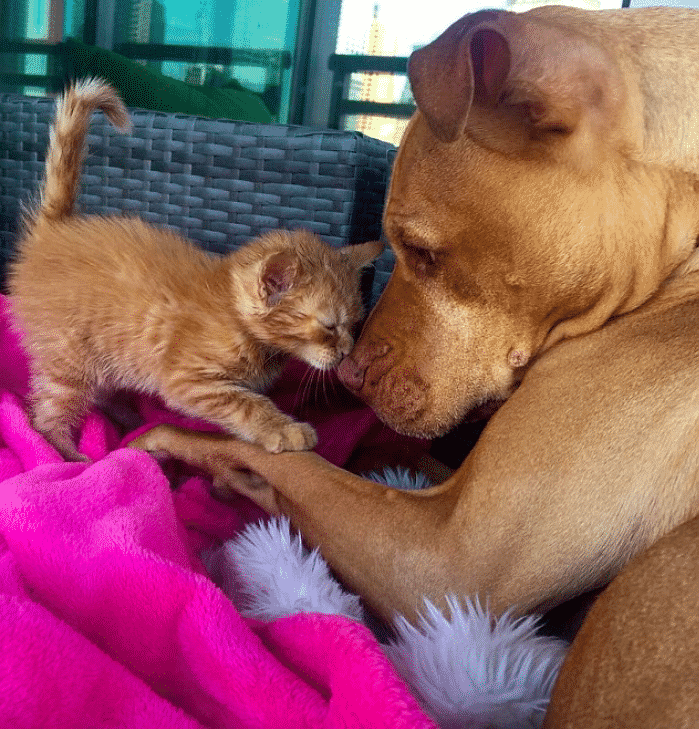 However, one pit bull has recently proven that pit bull’s are more than just attacking machines. In fact, pit bulls can be quite courageous heroes when the time calls for it. This is the story of that pit bull… 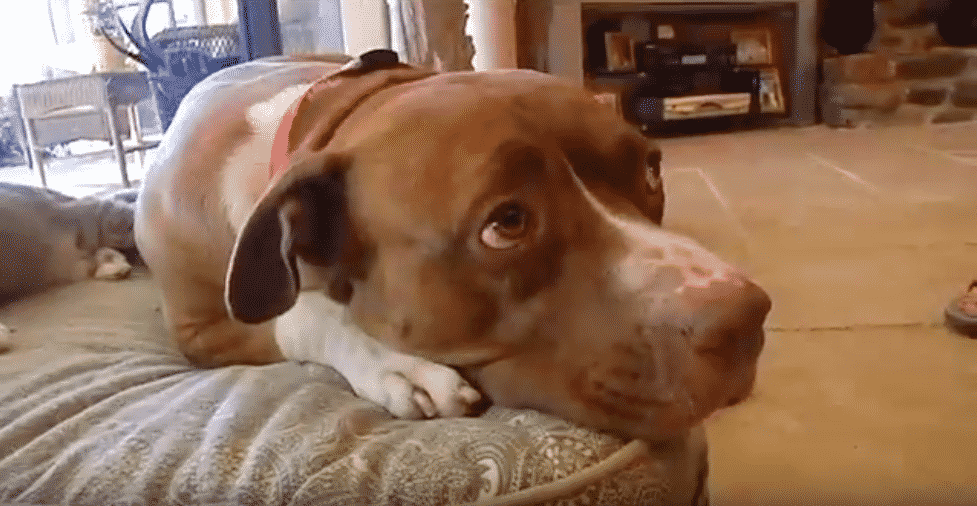 Jack the pit bull began living with Sheree Lewis after her son, Peter, Jack’s original owner, was deployed to Afghanistan. Sheree was more than happy to take in Jack even though she already had another pet that she would watch over. 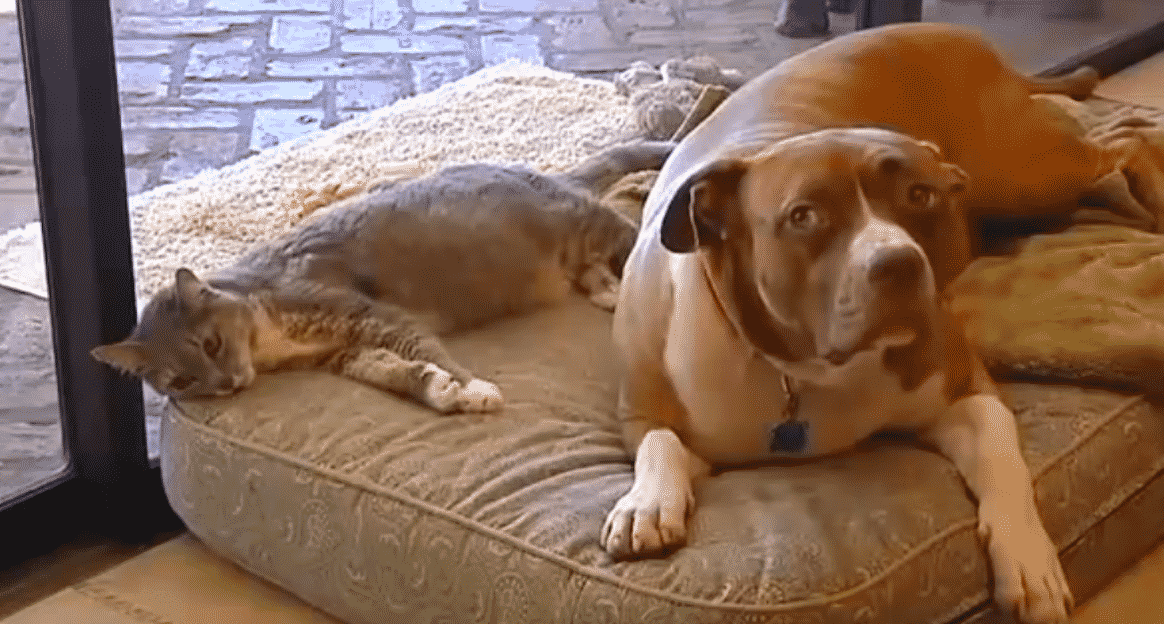 Long before Jack had shown up at Sheree’s door, she had another pet that was making use of her home. Well, the outdoor portion, at least. That would be Kitty, the outdoor cat. 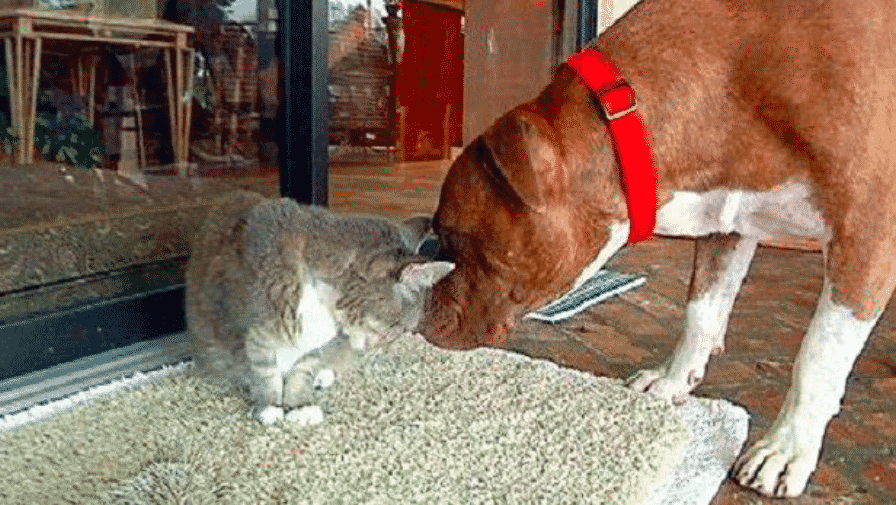 Kitty would always hang around the house and Sheree had gotten used to her presence. Then one day, Sheree saw something that made her heart stop. It was an unbelievable sight. 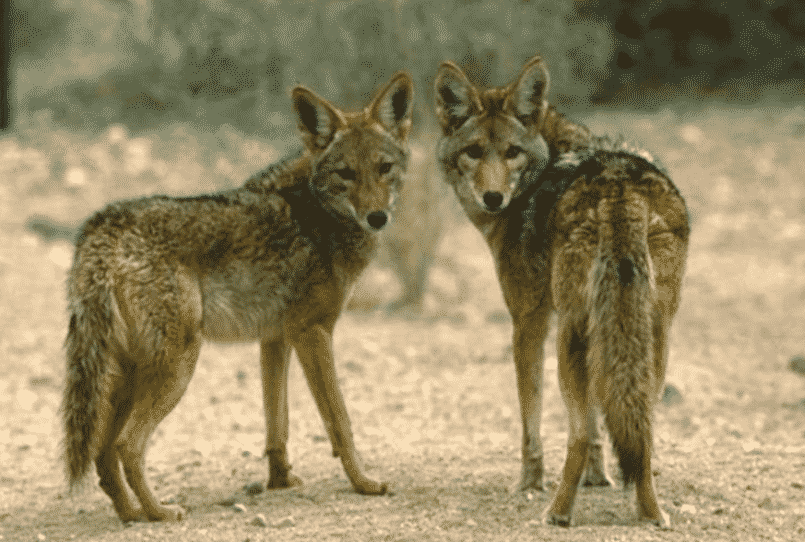 As Sheree was making her way into her house, she spotted something from the corner of her eye. There in her backyard was a gang of coyotes. She was completely taken aback by them. 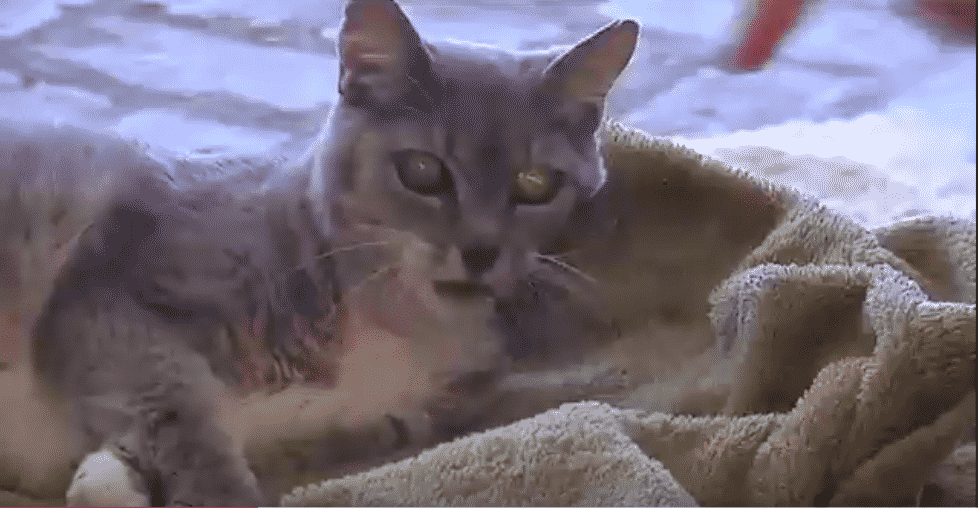 “As I was walking to the door, I could see the coyotes over here,” she pointed in the direction as she explained. Then, that was when she also realized that the coyotes had gotten a hold of Kitty. 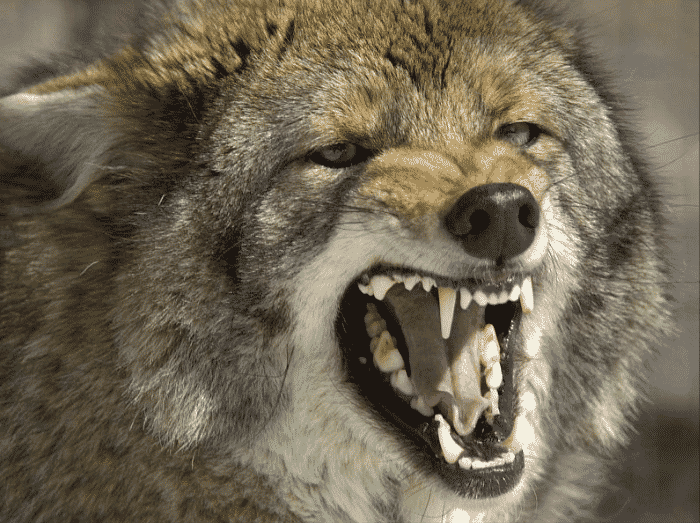 There in the Seminole neighborhood was a pack of coyotes and they had just snatched up kitty. “One had her by the neck and the other had her by the tail,” she recalled. Two of the coyotes were holding on to her and shaking her wildly. 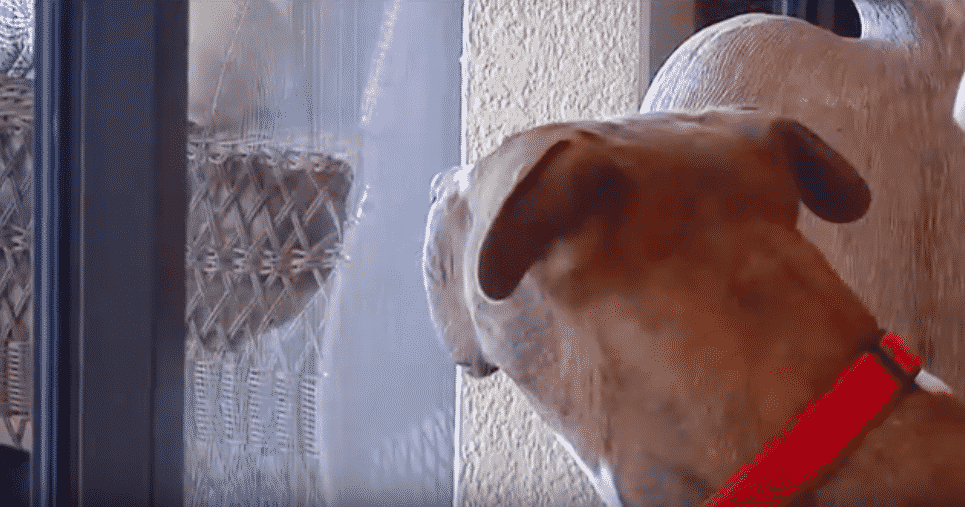 Jack saw the situation and quickly leapt into action. He and Kitty had gotten close over time and Jack couldn’t allow his friend to be taken away from him! Sheree was blown away by how quickly he reacted. 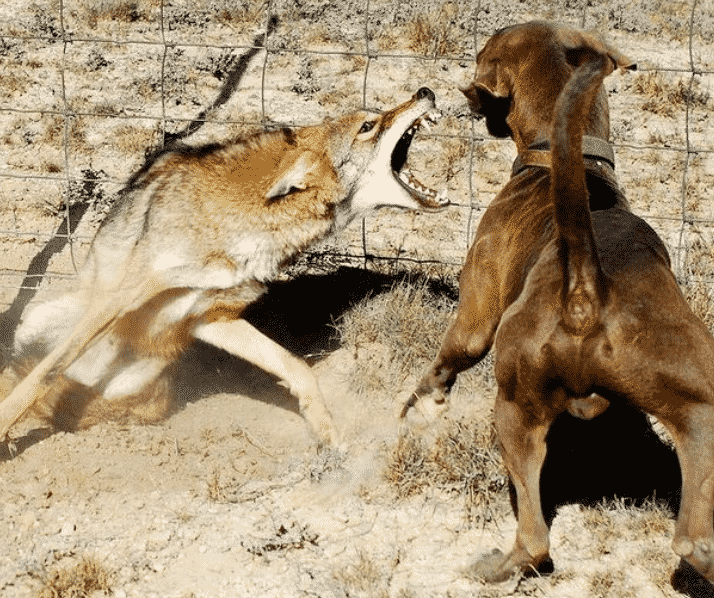 Sheree had no idea that Jack would pounce on the coyotes so quickly. She initially feared what would happen. “I didn’t know Jack could run that fast. He was on them so fast,” she said. 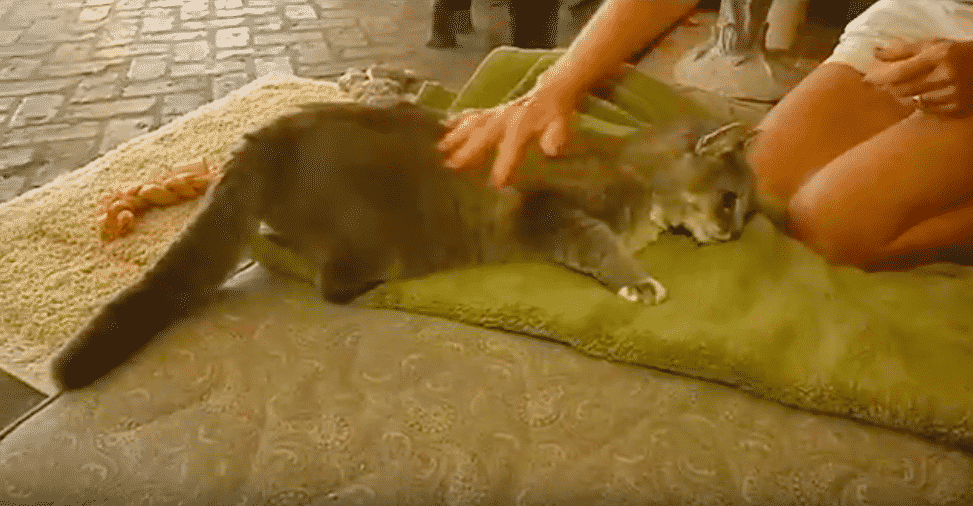 Jack was persistent and refused to give up on Kitty without a fight. Jack eventually got the coyotes to drop Kitty and that was when Sheree ran over to help. They gathered up Kitty and headed over to an emergency vet. 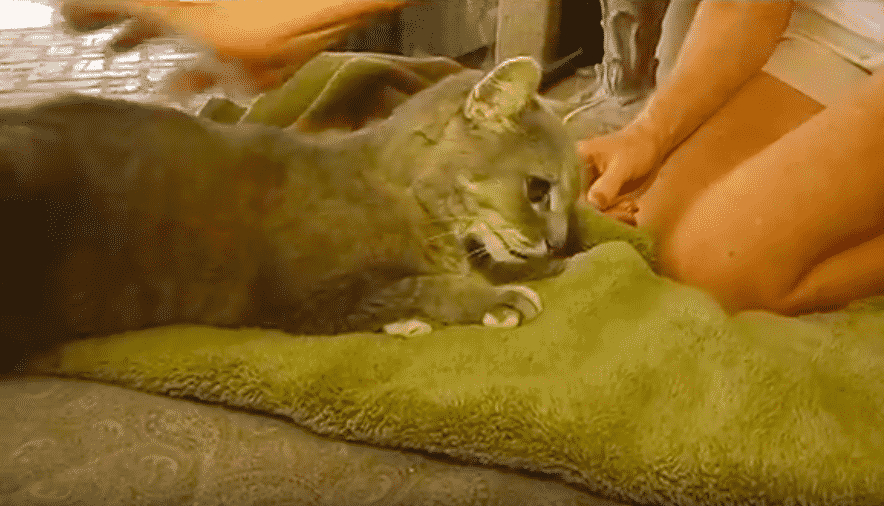 Sheree brought Kitty over to an emergency vet where the vet was able to save her life. Kitty luckily hadn’t sustained any life-threatening injuries. However, she still isn’t fully recovered yet. 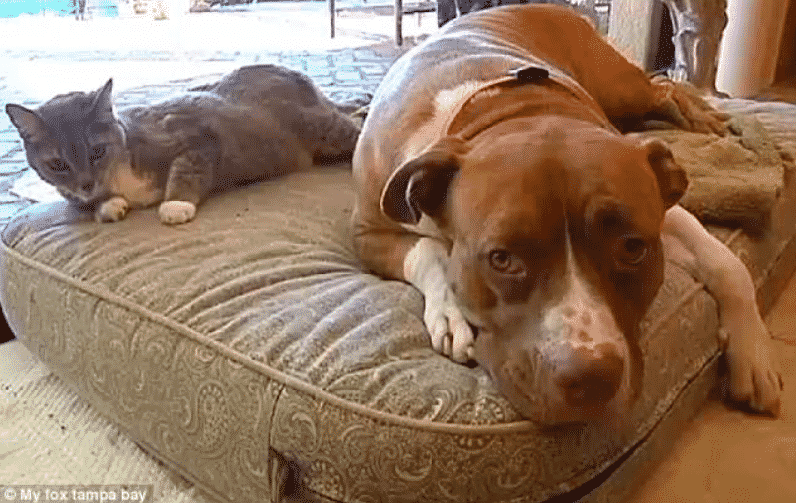 “She can’t walk yet, but she is getting there,” said Lewis. Kitty was treated for a broken tooth and brain swelling. However, Kitty is quite lucky compared to many other animals that were harassed in the past in the neighborhood. 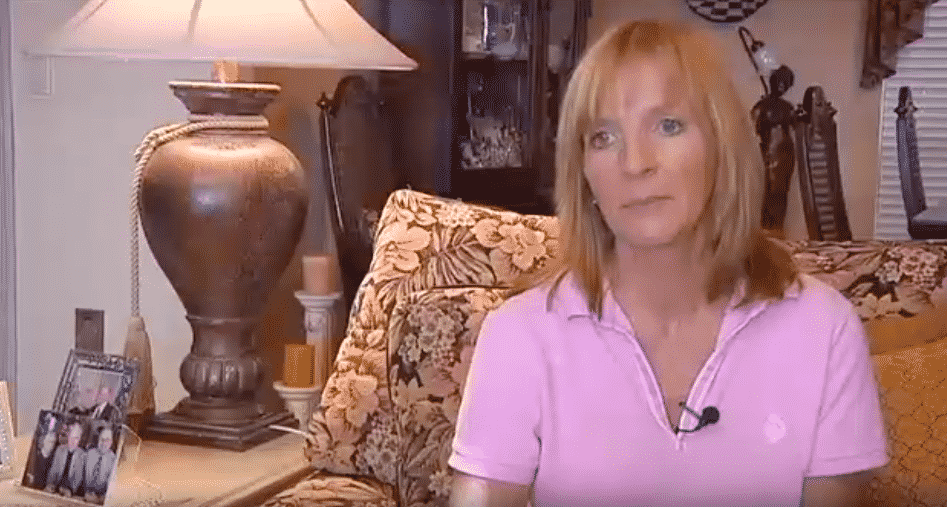 “Maybe another cat came up missing and then somebody’s little dog went missing,” said Lewis. Sheree is now working with a trapper to set up traps in the mangroves of her home. She believes that is where the coyotes have been hiding out. 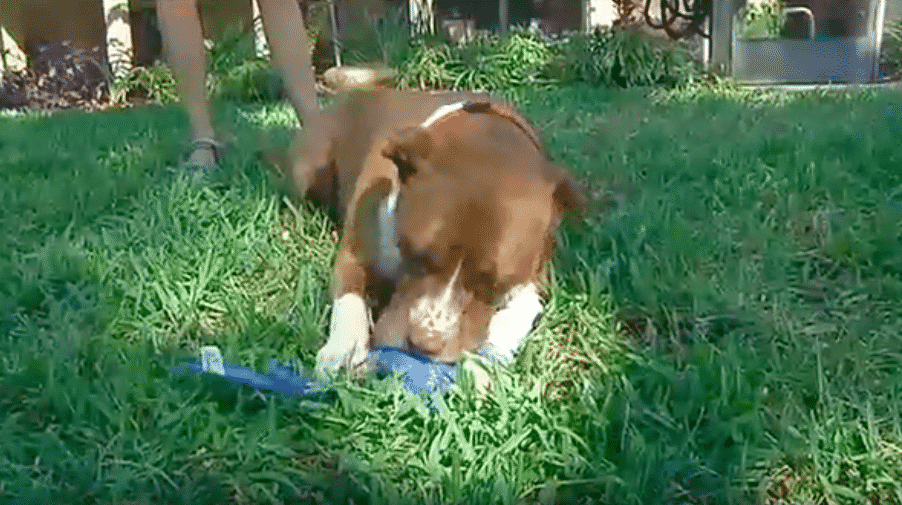 “He likes other dogs he wouldn’t have done that if there were dogs out there. It was like he knew the difference,” she said. Now Jack has been standing guard ever since the incident to make sure that Kitty never gets hurt again. 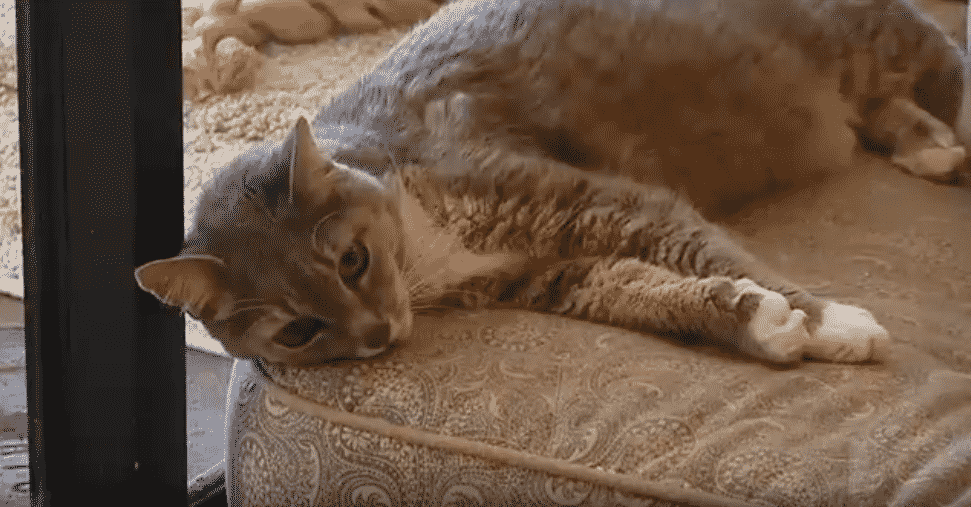 “Jack is a hero. He saved the kitty’s life and he just shows how good dogs can be. Big dogs can protect you, especially if something like this happens,” she said. Jack has also stood by Kitty’s side throughout her recovery process as well. 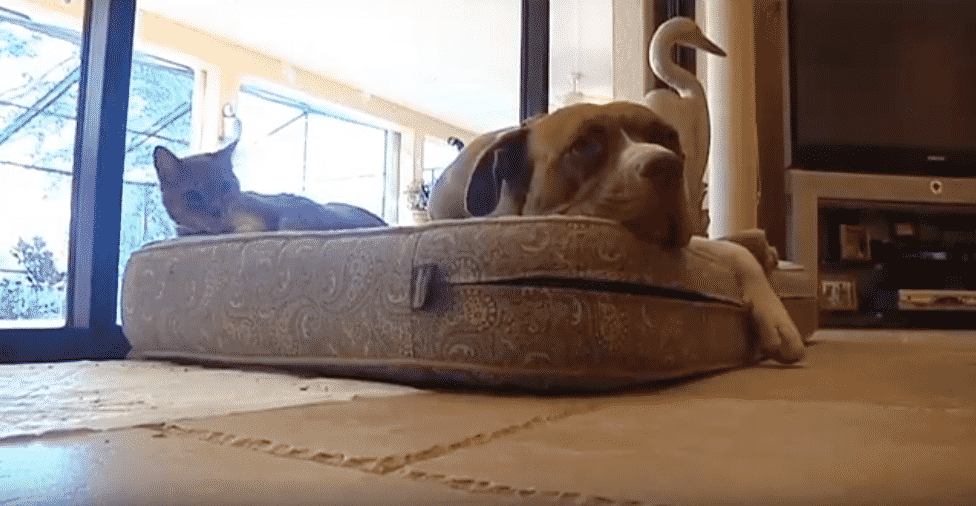 “He probably feels like he’s the caretaker. He checks on her every day and sniffs her, seeing what kind of shape she is in,” Sherree says. Jack has been an amazing friend to Kitty and is an excellent example of a true friend. 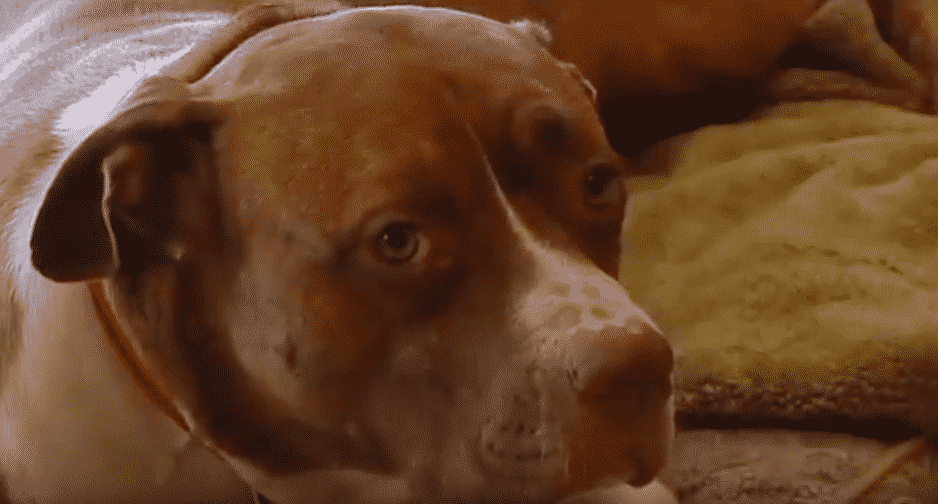 Jack’s heroic actions saved Kitty from a terrible ending. Thanks to his loyal nature, Kitty has been given a second chance at life.