When this poor dog was born, things weren’t looking great for her. Immediately her dog breeder wanted to put her down. Then, the greatest miracle occurred that gave this dog the most amazing second chance at life. 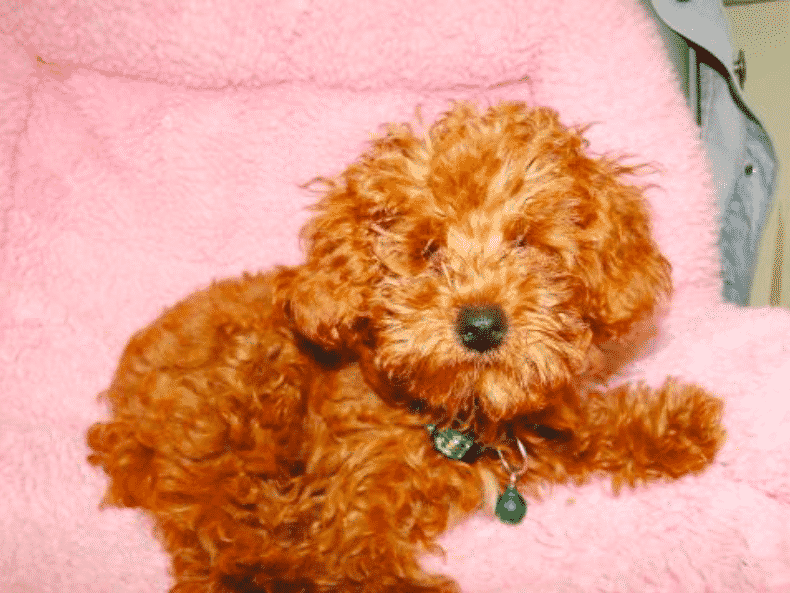 Nala Rose is a sweet puppy that was born with eyelids but no eyes. Her dog breeder was absolutely devastated by this since she knew she couldn’t sell Nala Rose and the breeder didn’t want to keep her either. 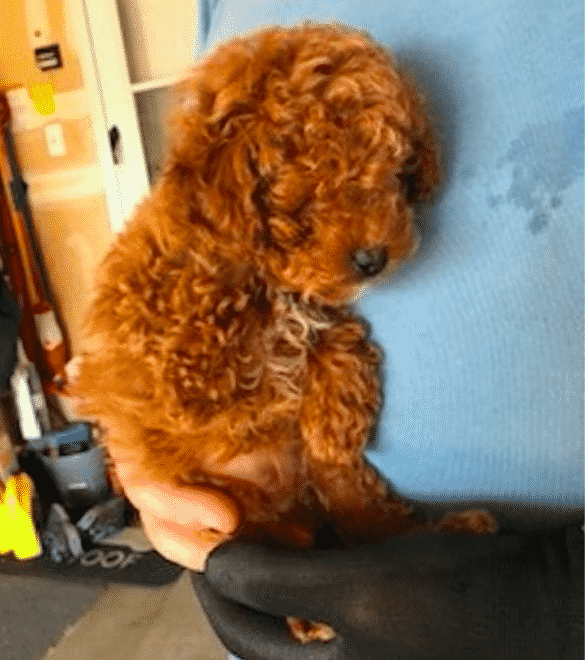 Other than having no eyes, Nala was in really good shape. Her health was perfect and she was a very sweet puppy. Still, the breeder didn’t seem to see any reason to keep the dog alive. 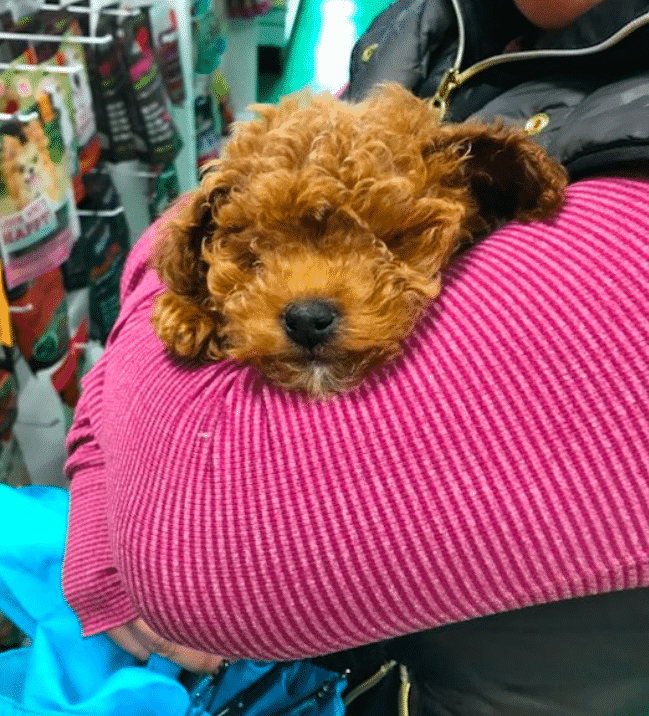 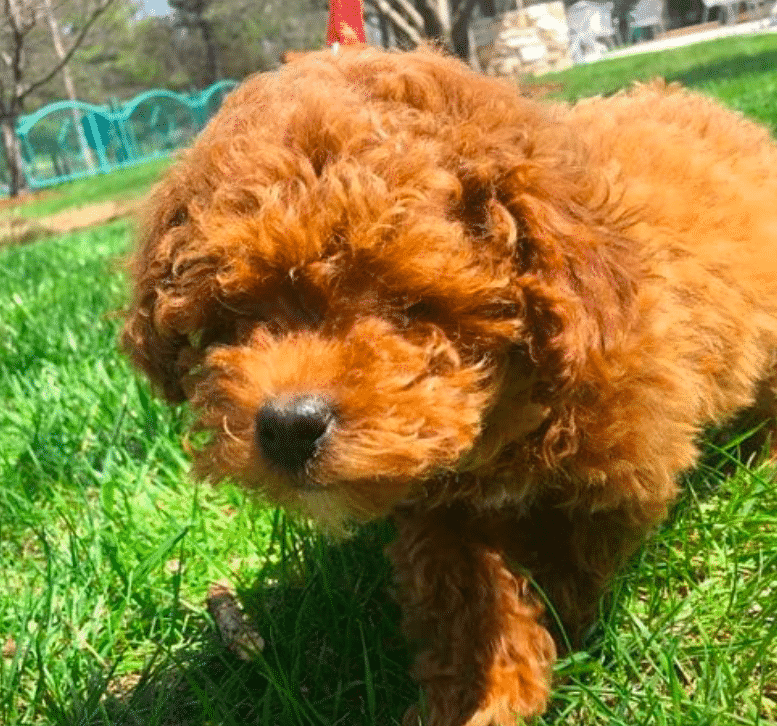 The breeder was promptly put in contact with Joan Wiegers, a volunteer with St. Louis Senior Dog Project. “The breeder never had something like this happen. She and her husband discussed the option of euthanasia because she was uncertain of what quality of life the puppy would have,” Joan explained. 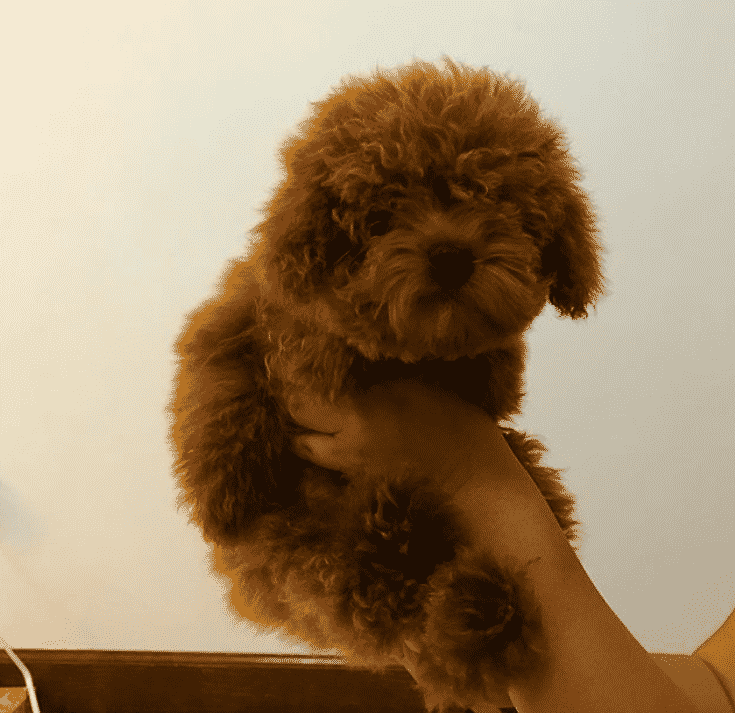 The breeder was also under the assumption that no one would be interested in purchasing a puppy with no eyes. Wiegers began to reassure the breeder that despite having no eyes there was no reason why Nala couldn’t have a great life. 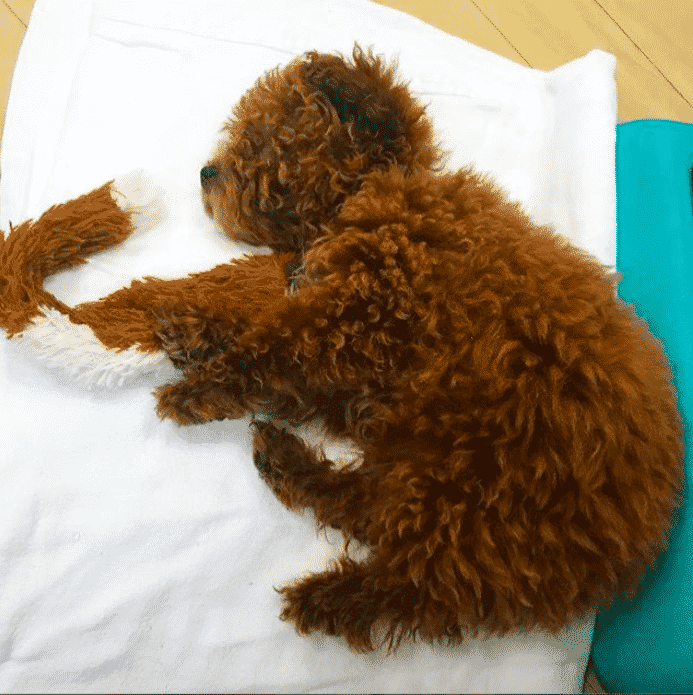 Wiegers told the breeder the following: “I told her that Nala Rose would not know the difference, as she was born that way. The breeder then surrendered her to me.” Wiegers then decided that she would foster Nala for the time being. 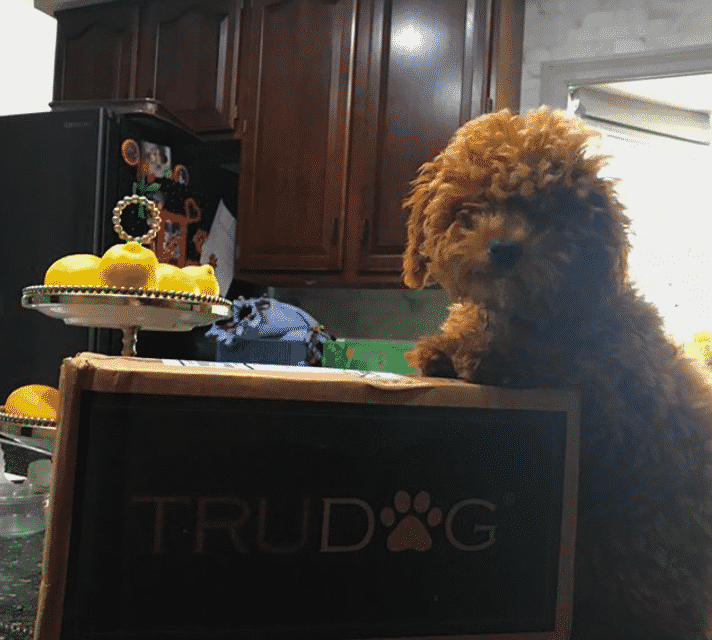 After a few weeks had gone by and Nala had gotten older, Wiegers decided to take her to an adoption event. Wiegers felt confident that someone special would be there that would be thrilled to take Nala… 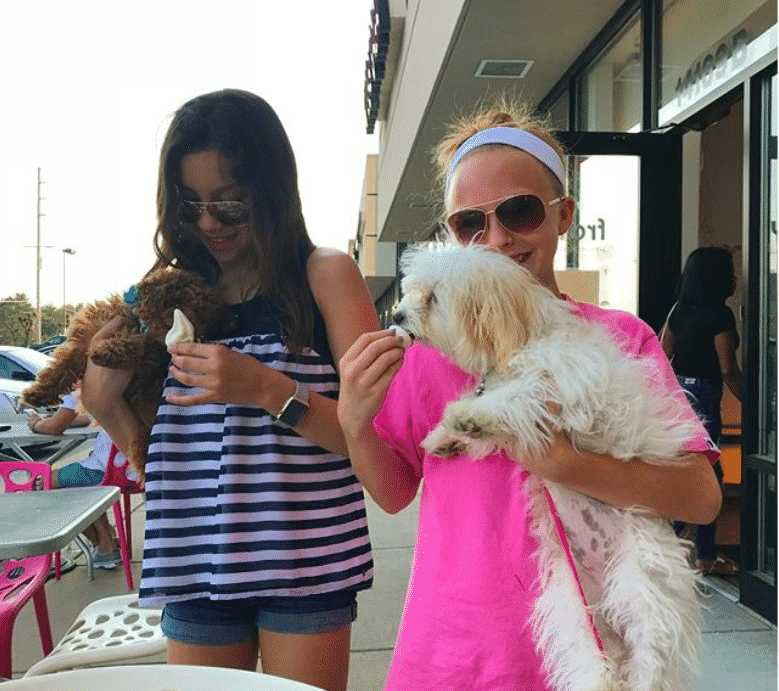 It’s almost as if Wiegers had a sure premonition, because Nala soon met her owner that the adoption event. She met her new mom and her new human sibling. Both of them had instantly fallen in love with Nala. 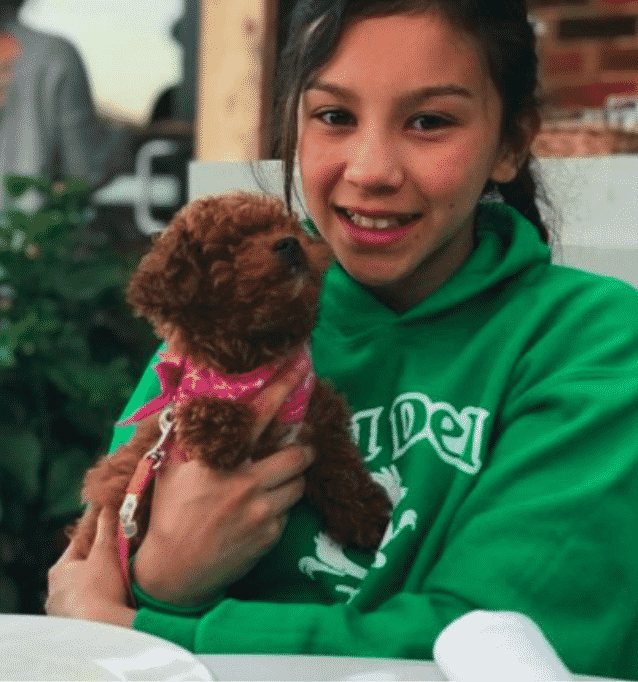 Jayden Radtke, Nala Rose’s new human sister, said: “My mom was holding Nala Rose, and when I came back from picking out food for our other dog, she was going over adoption papers. When we first got her, we didn’t really know much about where she came from until her first vet checkup with us.” 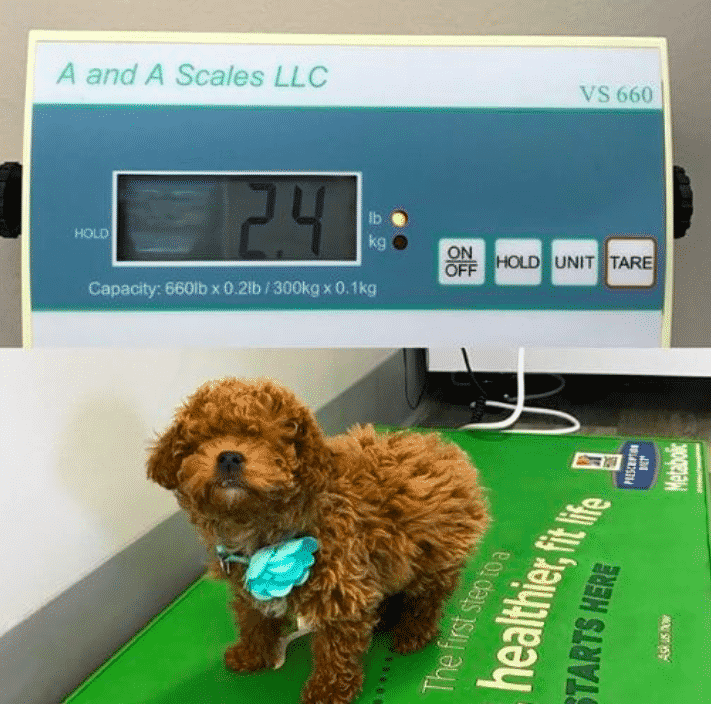 When Radtke and her family brought Nala in to the vet’s office they quickly learned the poor puppy’s backstory. They were shocked to hear that Nala would have been put to sleep if the rescue hadn’t intervened and taken her in. 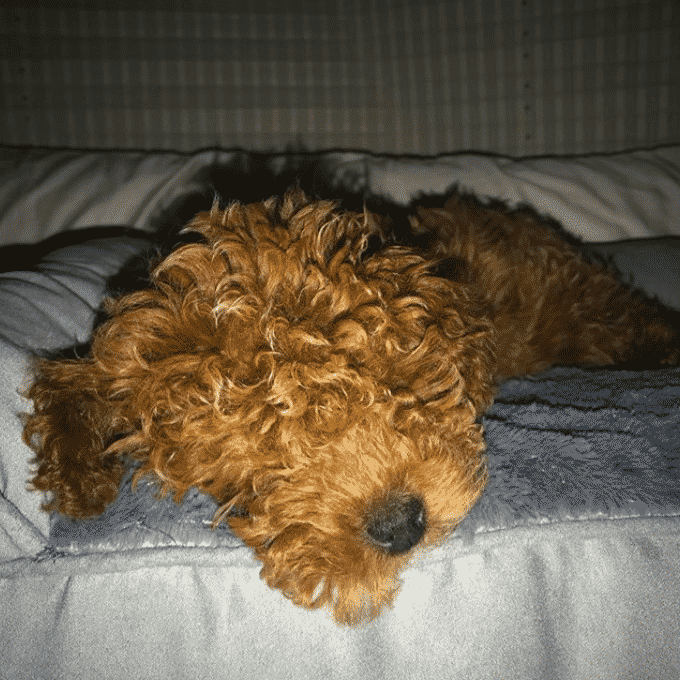 Nala’s backstory only lead the Radtke family to the conclusion that they had made the right decision by choosing the sweet pup. Radke said: “Apparently she [the breeder] thought that a puppy with no eyes wasn’t worthy of living. We were so relieved that the breeder relinquished her.” 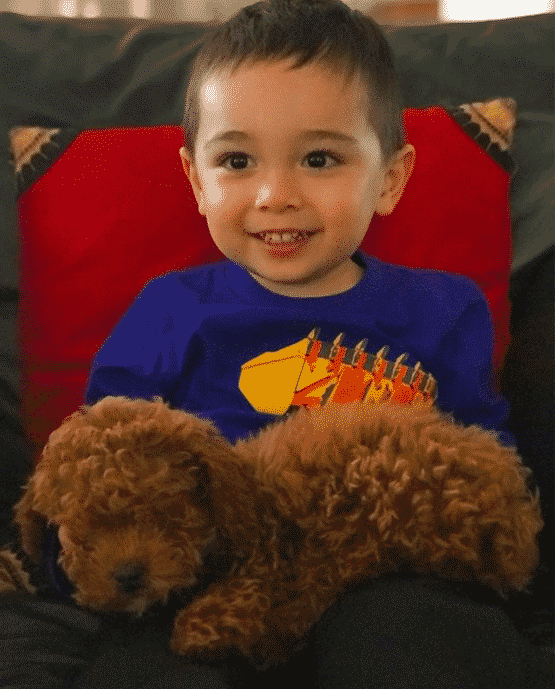 The family had no problem making slight arrangements to make sure that Nala would be comfortable in her surroundings. They wanted Nala to know that she was loved and for her to feel incredibly safe in her new home. 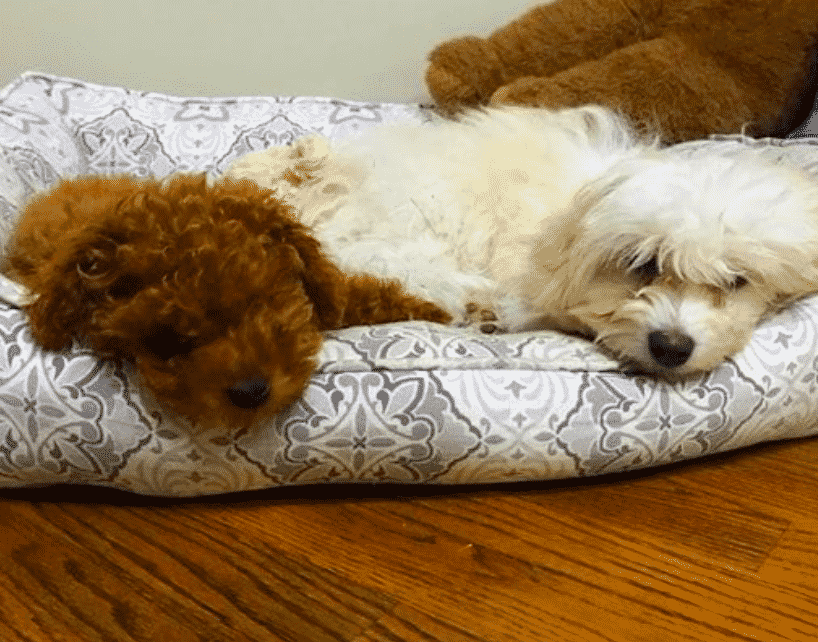 It didn’t take long for Nala to get comfortable and settled down in her new surroundings. She even had a new dog sister that acted as a guide dog for her. They were the perfect combination together. 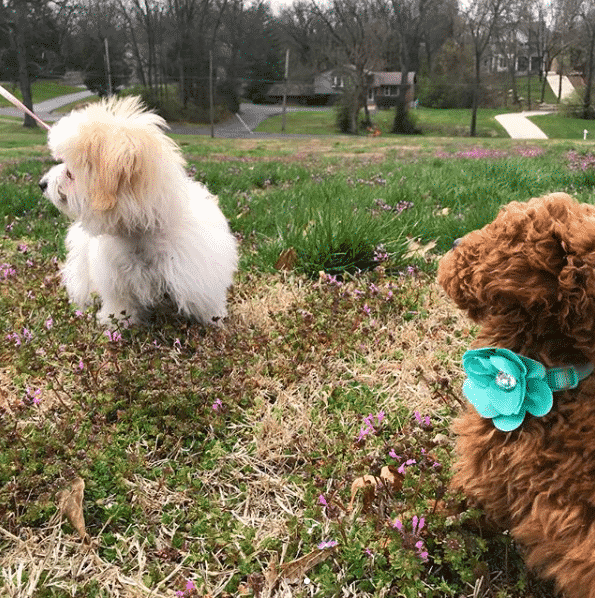 “We put bells on Ellie’s collar so Nala can hear her walking and follow her. When we first brought her home, my little sister made bracelets with bells on them for everyone to wear so she could hear us, too,” Radtke explained. 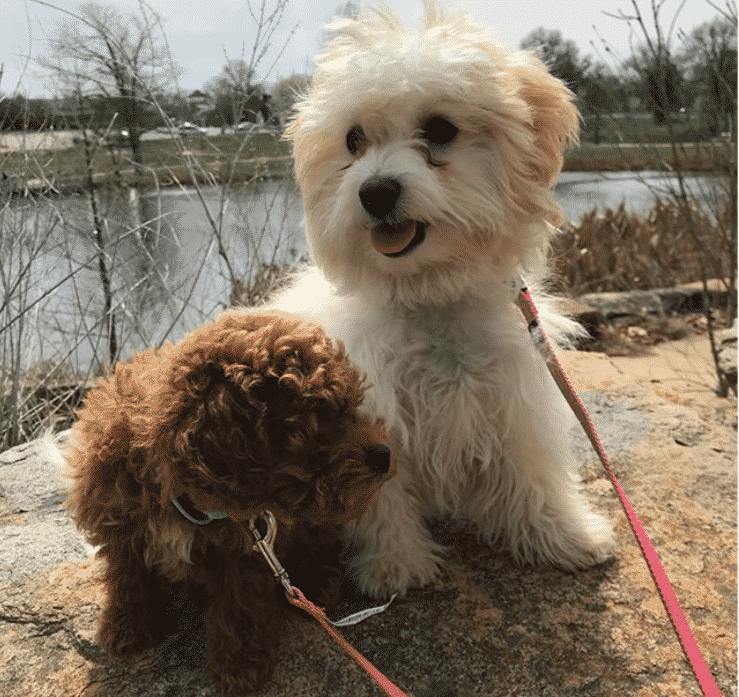 Still, Nala’s hearing is so amazing that half the time she doesn’t even need bells to guide her around. “Her hearing is really good, though, so when you walk anywhere you can bet she is following you if Ellie’s not around.” 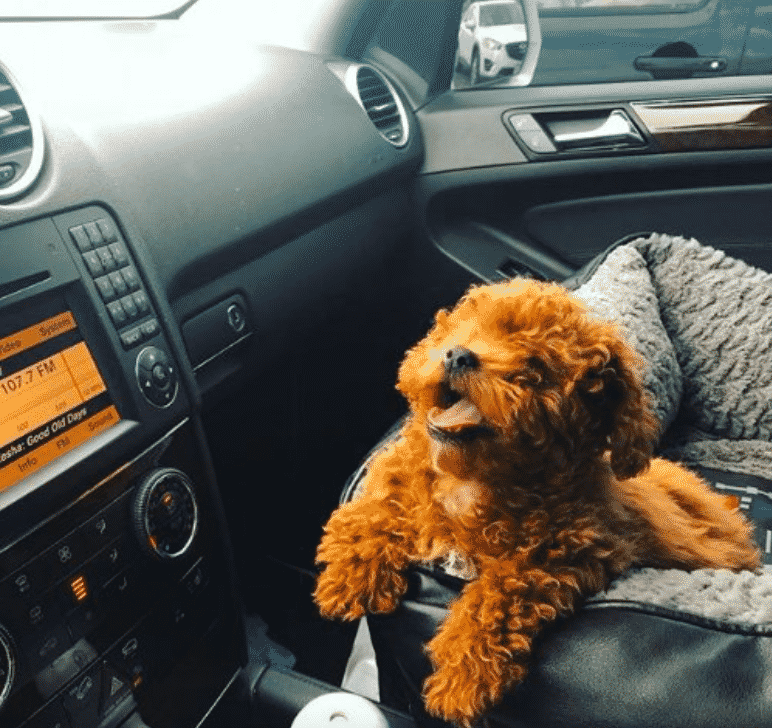 Despite not having eyes, Nala is still just as playful and full of life as any other puppy. You would never guess that Nala has no eyes with the way that she acts! She’s also incredibly social. 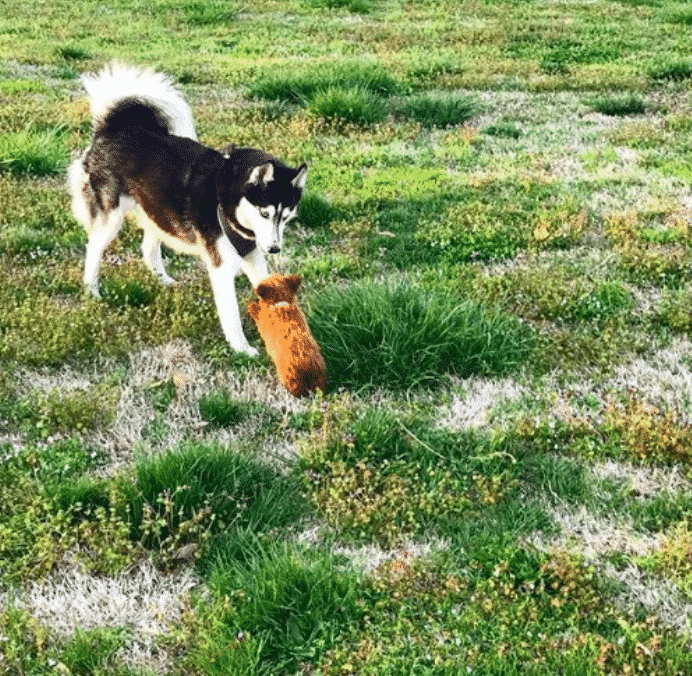 Nala has absolutely no problem socializing with other pups, especially when she is at the dog park. “She thinks she’s a big dog. She has met much bigger dogs like huskies and just plays and runs around with them. She is never intimidated!” 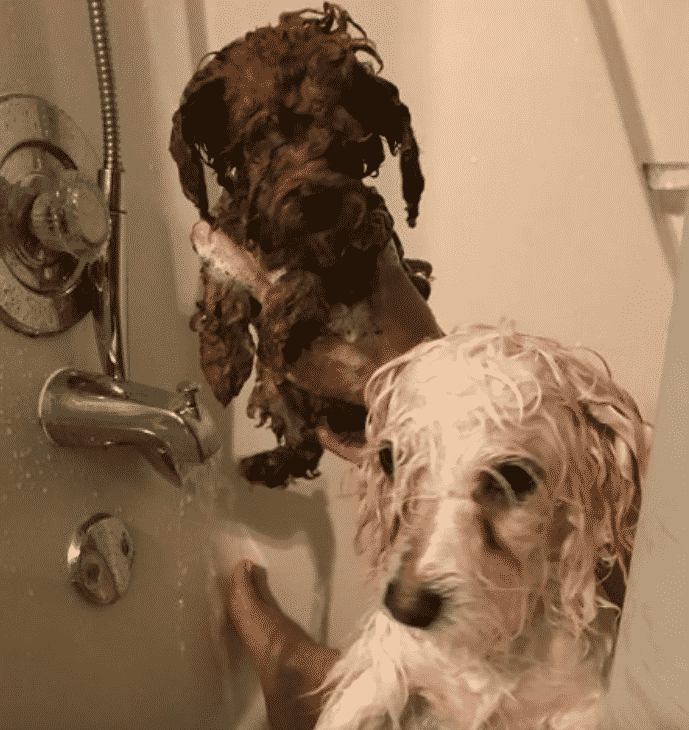 Radtke also explained that since Nala’s hair pretty much covers her face, for the most part no one has any idea that she doesn’t have eyes. She’s so happy and carefree that people just assume that Nala can see! 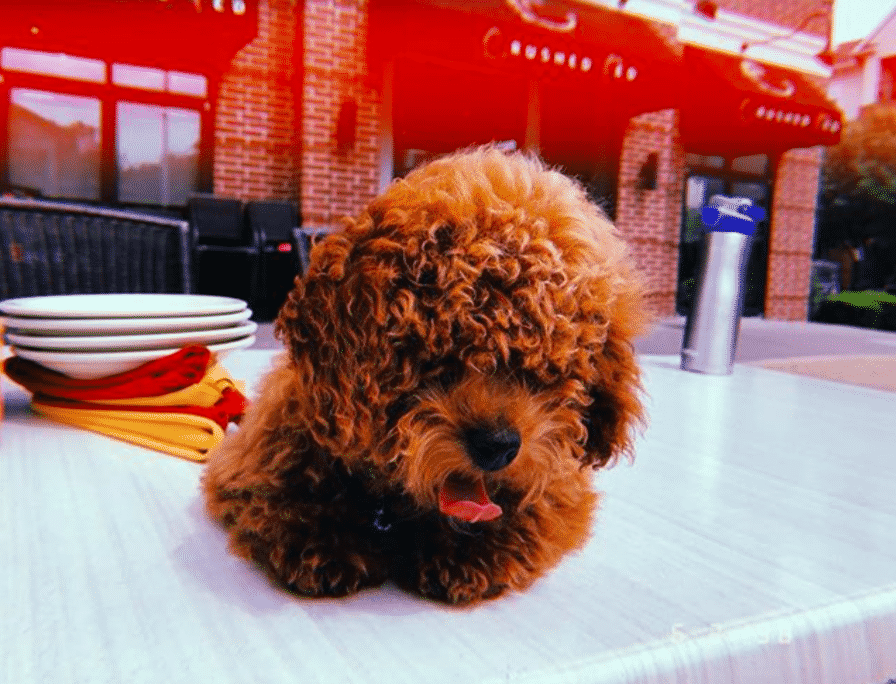 “When you first look at her, you don’t really notice it because of her hair. People miss it unless we happen to tell them.” Nala’s attitude is just so amazing that it surprises people that she could have any disability. 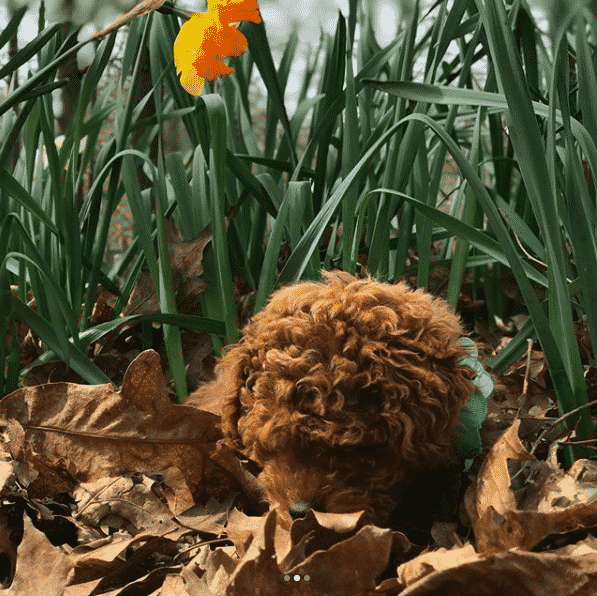 It’s almost hard to believe that there was once a possibility of Nala’s life ending so quickly. Thankfully, there were amazing people along the way that helped Nala out so that she could continue living. Now Nala has an amazing life and her great attitude is practically contagious.