Worried Mom Takes A Ride To Hospital To Visit Her Premature Baby, But When She Gets There, The Driver Delivers A Big Surprise

Robert and Breanna Lopez are the proud new parents of baby Carter Lopez. Born premature, Carter was in the hospital for several months after his birth. They were on the way to visit their son when they had an encounter that would change their lives forever. 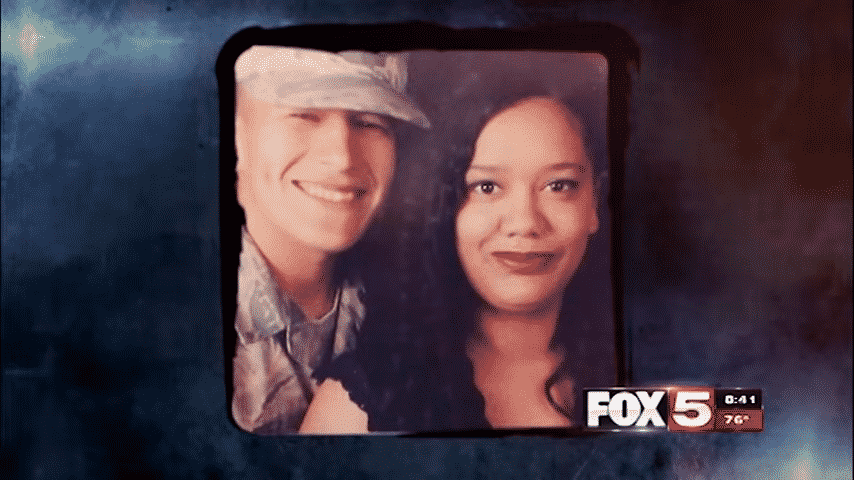 Breanna and Robert’s story begins in 2016. The couple was expected their first child. Robert was stationed at Nellis Air Force Base in Nevada and was overjoyed with the idea they would be expanding their family.At first, the pregnancy appeared to be quite normal. However, four months before her due date, Breanna started to experience contractions. The pain was awful and she went to the doctor for relief. There the doctor discovered the baby wasn’t in a good position. 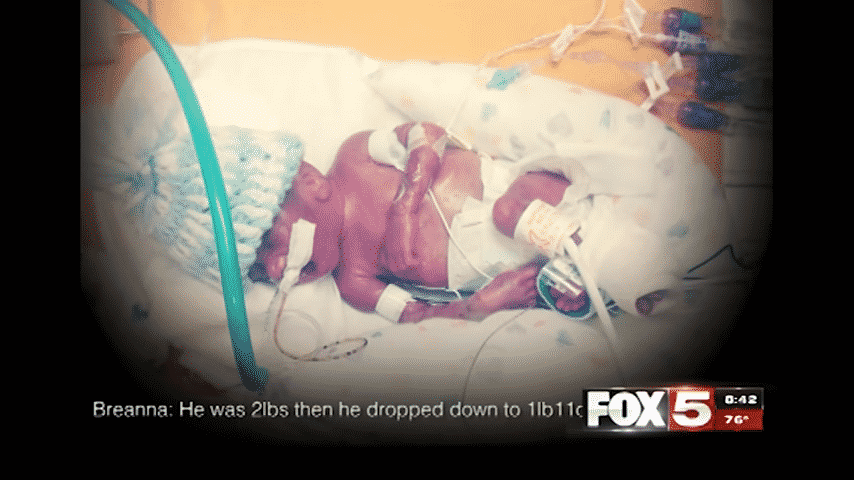 Baby Lopez was breech and doctors rushed into action. Breanna needed to give birth now, even though the baby wasn’t ready. Carter was born weighing just 2 lbs but then the situation worsened: the preemie’s kidneys lost function and caused his weight to drop by a pound. Doctors were concerned the child was at death’s door. 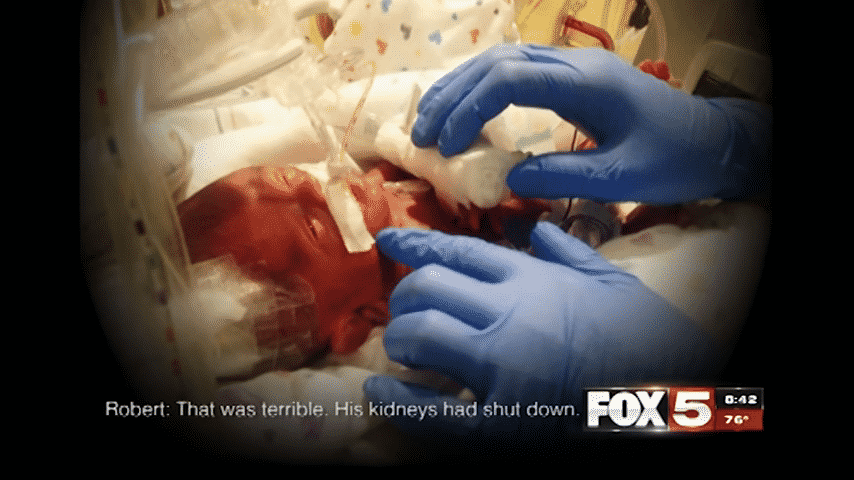 Carter’s health was in danger. He was severely small and underweight. Doctors told the couple that the child likely wouldn’t make it. Not only was his weight and premature birth a concern, but he also had suffered brain damage. Breanna and Robert held hope for their child’s health. 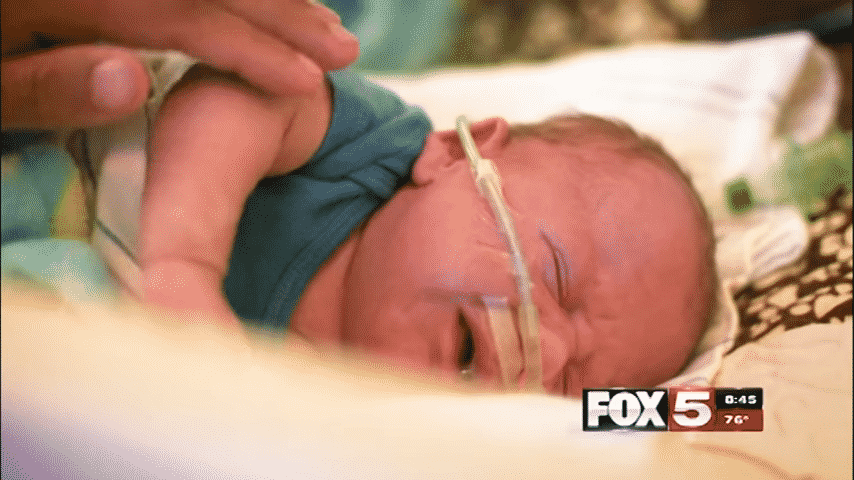 Speaking to FOX 5, she told the reporter “Anything can turn around, and it could all be okay.” But that wasn’t the only thing that the couple would face. They had bad news waiting just around the bend — they were going to lose their transportation. 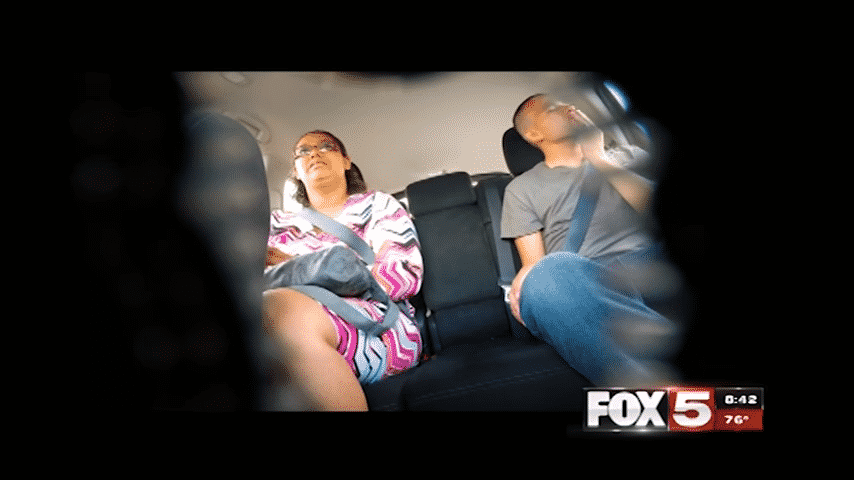 The visits to and from the NICU required the Lopez family have a reliable car and sadly, shortly after their son’s birth, their car died. They were unable to get a loan for a replacement car but they needed to get to the hospital to visit their baby. 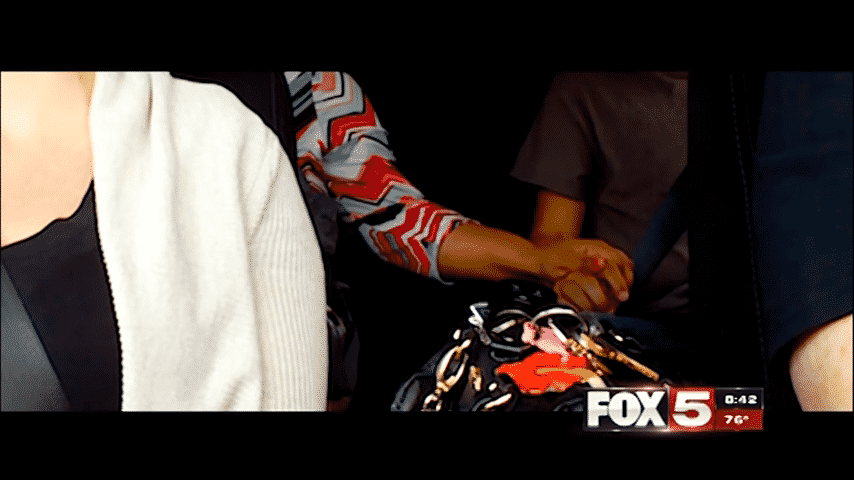 The couple had to rely on the kindness of others to visit their son. Luckily, they had people to turn to for help. One of those people was their friend, Jody, and she was driving the day their life changed. Jody was driving the Lopez family but she also had another occupant, a woman named Sara. 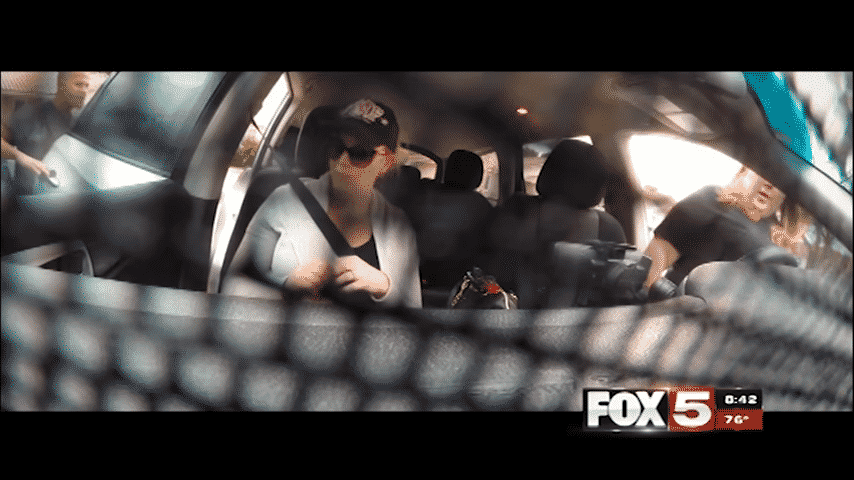 Sara was an expectant mother and was on the ride because she wanted to talk to the couple about their experience. But she had a secret. Sara waited until the car pulled up to the door of the hospital and then made her move. Calling after the couple, she said, “Wait guys. I’m not Sara.” The mystery was soon revealed: she was a news reporter. 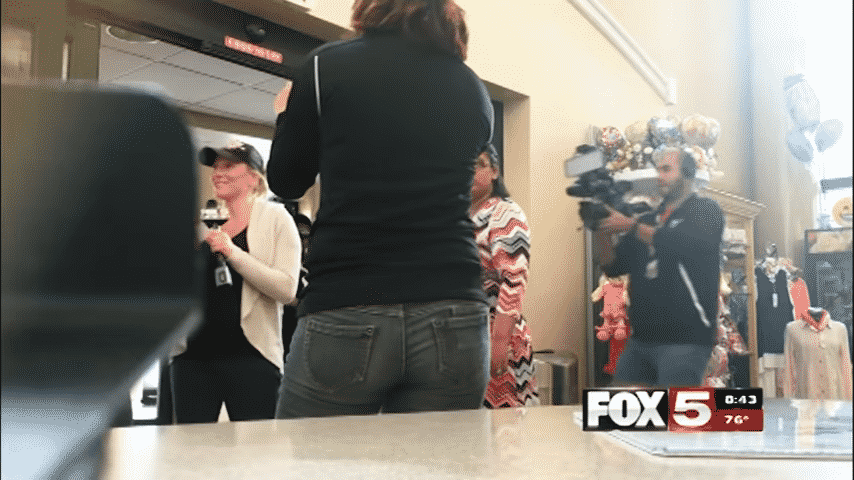 Sara was really Cassandra and she was a reporter with the local FOX affiliate, Fox 5. She was here to surprise them as part of the FOX 5 Surprise Squad, a program run by the station since 2013. 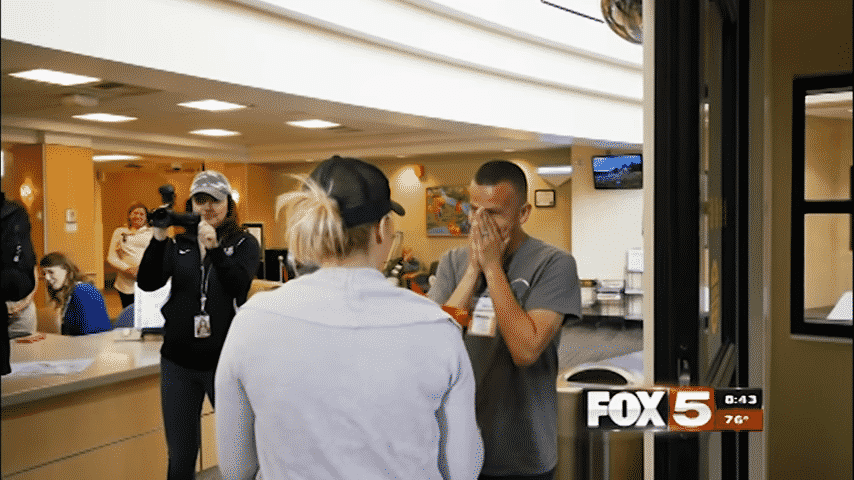 “We are all very touched by your story,” she told the couple. They were immediately in tears, recognizing that they would be a recipient of the news station’s surprise gifts. But what would they receive? She didn’t make them wait long for the answer. 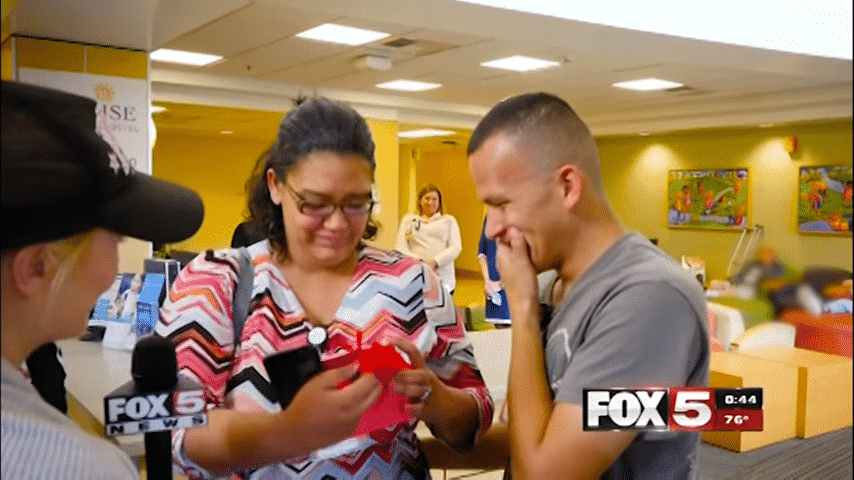 Cassandra handed them a small box and told them it was their lucky day. What would it hold? A check? A gift card? Robert and Breanna couldn’t stand the suspense and opened the box. When they saw the contents, they smiled and shed more tears. 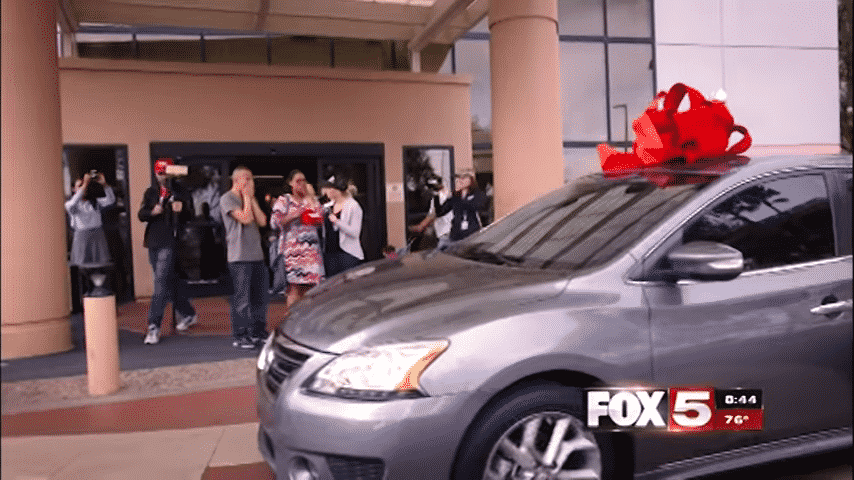 In the box was a key, and it was obvious what it unlocked: a new car. The sponsor of Fox 5’s surprise squad was a local Nissan dealership and the owner, Don Forman, had decided to give the Lopez family a 2015 Sentra. That wasn’t all though. 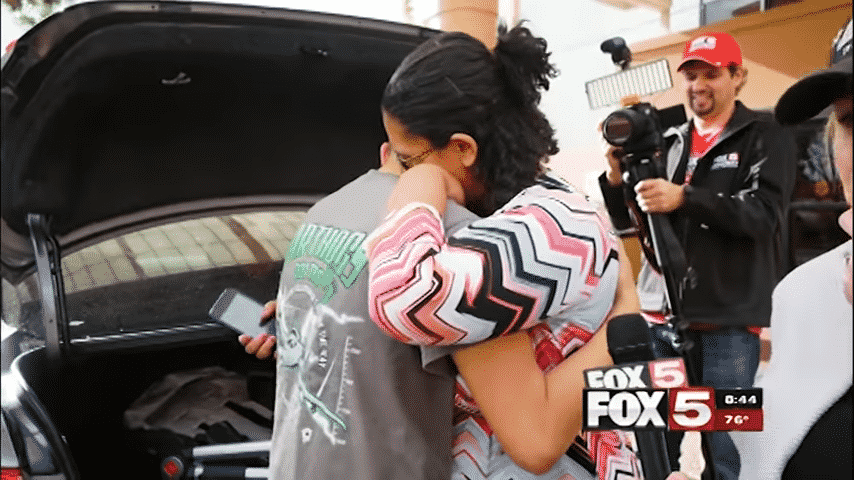 The couple approached the car and found a new car seat and stroller,  both provided by local credit union American Credit Union. These baby accessories would come in handy when they brought home their bundle of joy. 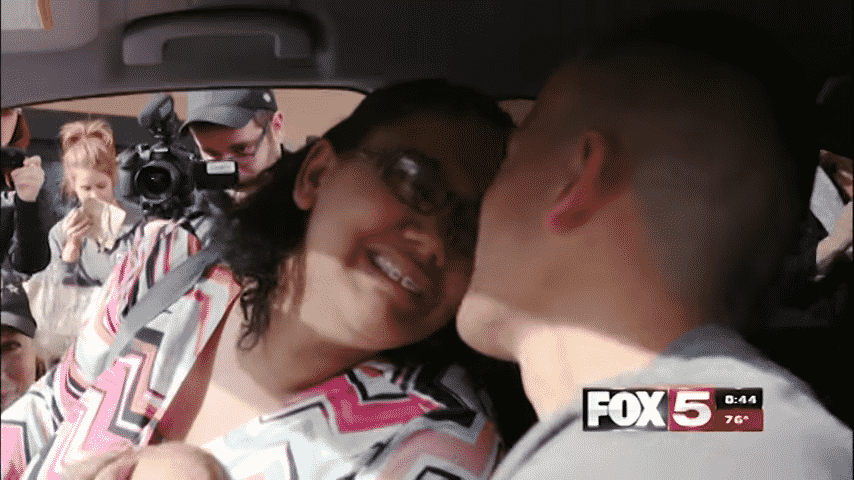 Breanna was overjoyed and said she was worried about transporting their son safely when the time came. Speaking to the couple, ACU representative Denise Mora said that the credit union was “very, very touched” by the story. 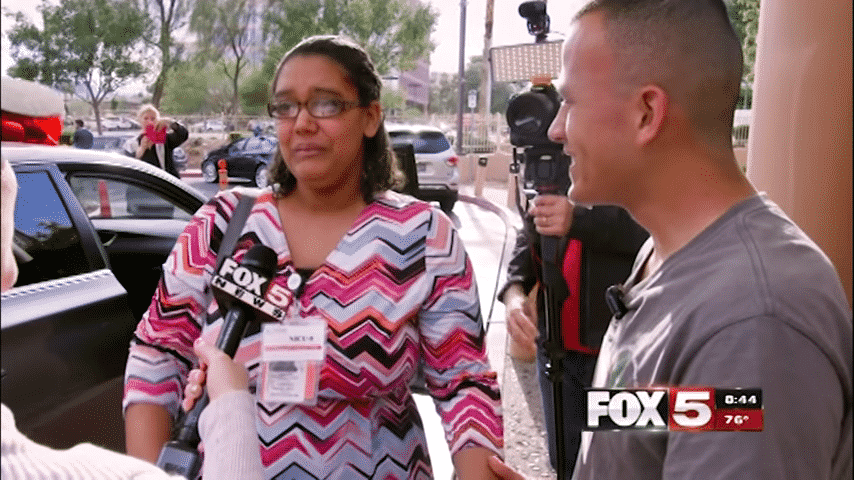 Robert was amazed at the gifts and said he was touched by the community’s support. “It really means the world,” he said in an interview to FOX 5. But Carter was on his mind the most. His child was fighting for his life and the family had hope he would recover. Luckily, the situation was about to take another turn. 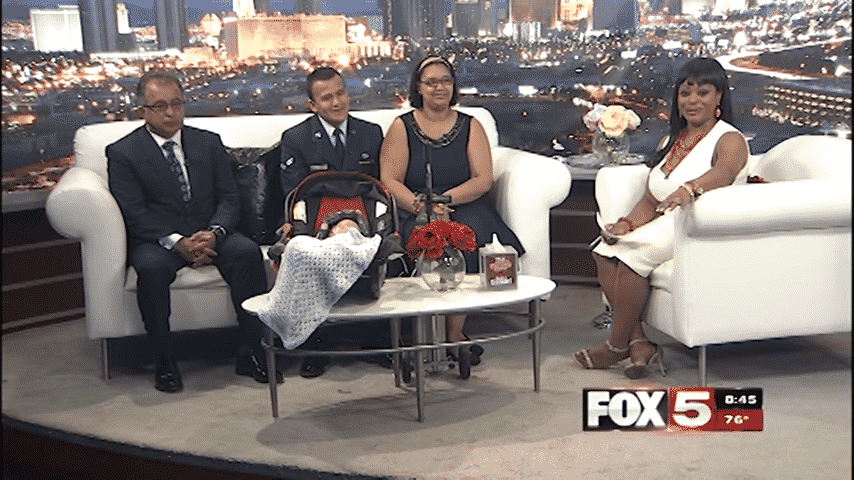 Carter recovered during his stay in the hospital and the couple made a visit to the FOX 5 studios to give an update. While there, they received one more special gift. What do you think it was? 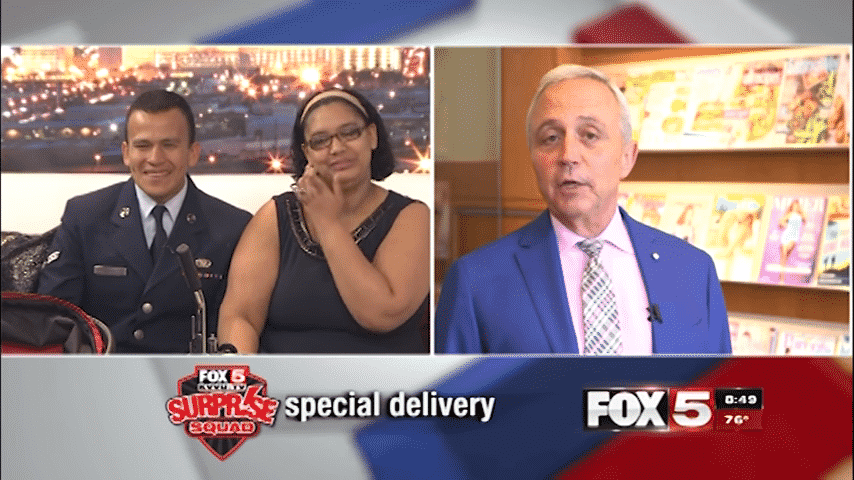 The FOX 5 parent company, Meredith Corporation, had their CEO, Steve Lacy, give one another git to the family. Their gift was a $1,000 check to pay for diapers for one year. It would be a huge help to the new parents and they couldn’t believe the kindness that was shown to them.