Adoptive Parent Kept Siblings Caged, They Couldn’t Contain Their Emotions When They Met The Man Who Set Them Free

A group of 11 adopted children suffered from neglect and abuse from their adoptive parents, the Gravelles, of Clark Township, Ohio, but thanks to the efforts of one man, they were rescued from their plight. Nearly 15 years later, two of the children were reunited with their savior and it’s a reunion you have to see! 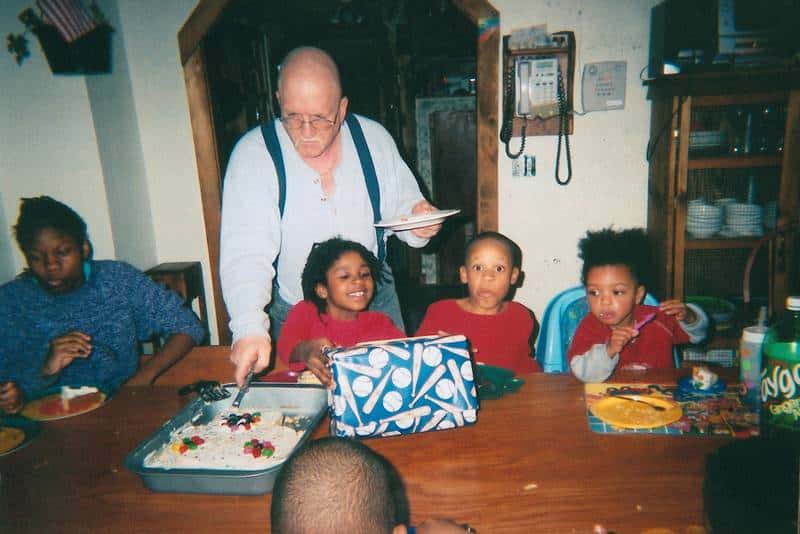 Carlyle Smith was looking for a job as a part time caretaker when he met the Gravelles in Norwalk, Ohio. It was 2003 and Smith, a former football coach, thought he could help the Gravelle manage their large family of adopted children — 11 in all. 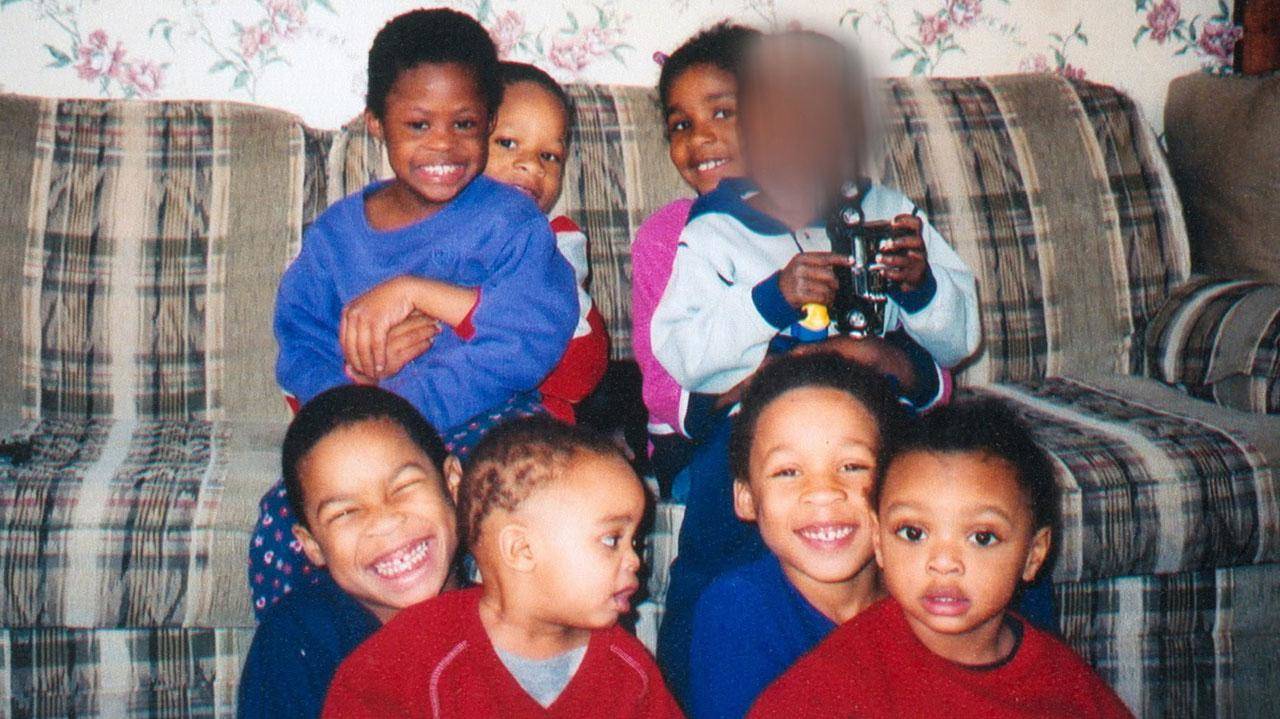 The couple wanted to have a caretaker available on the weekends so they could go out. Smith had previously managed large groups of children as a coach so he figured he’d be a perfect choice for them. He didn’t know what he would soon encounter in the Gravelle home and how it would change his life — and the children’s — forever.

14. Not Your Typical Home 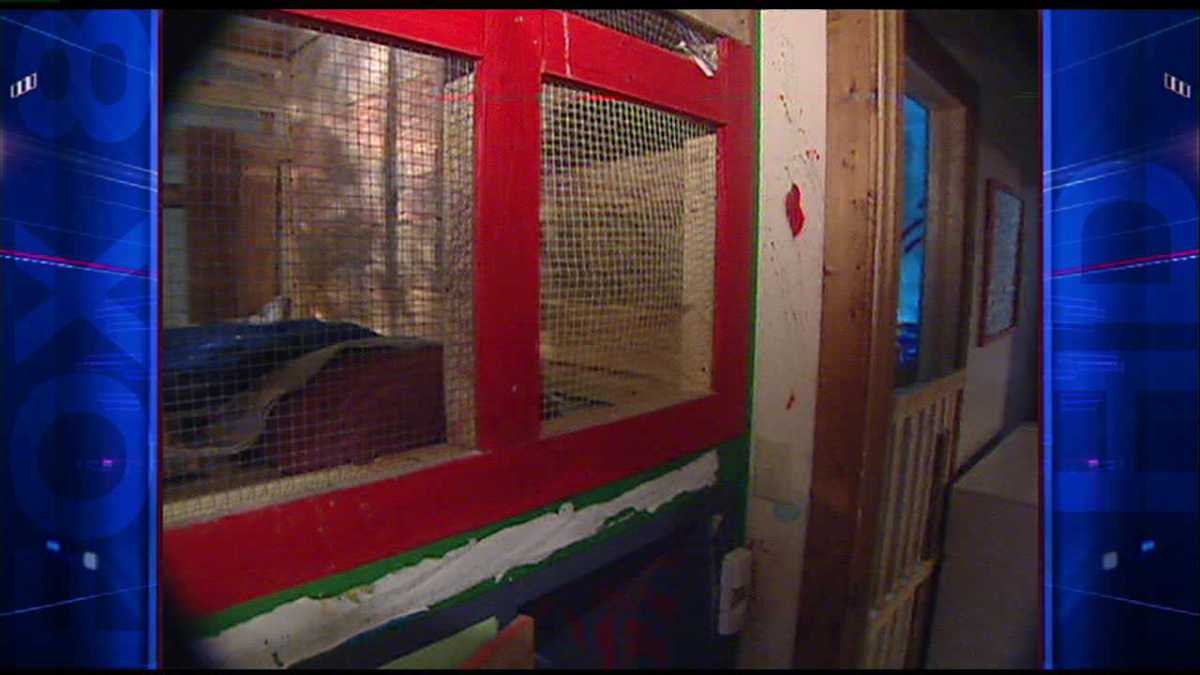 Smith met with Sharen and quickly discovered that this was not your typical home. He met with Sharen and learned the children ranged from 1 to 14 years old. He also observed how cruel the couple seemed to be with their children. Their mother openly spoke about the kids’ bedrooms having “cages.” Smith was concerned. 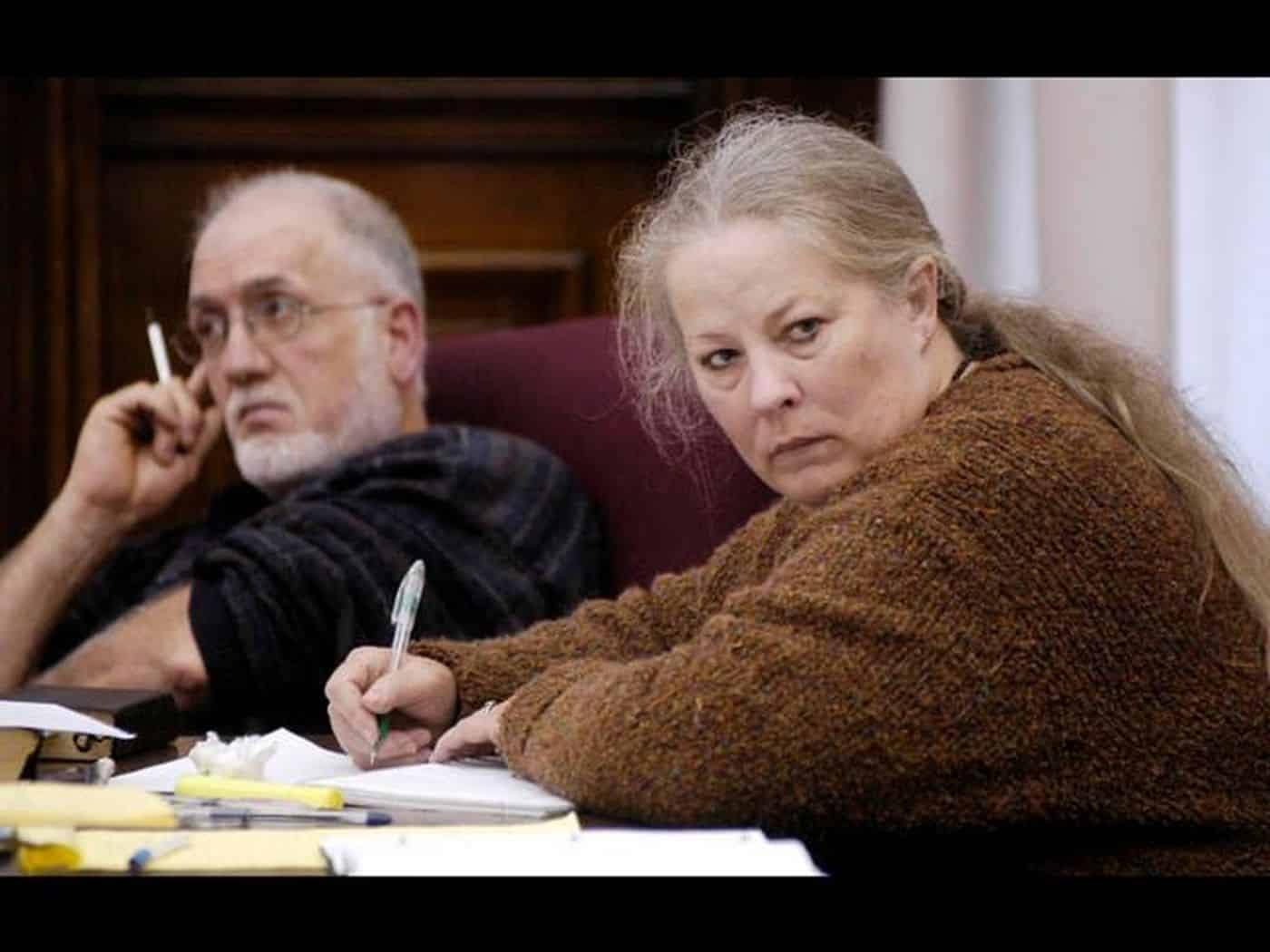 Michael Gravelle also had something to say about the so-called cages. He spoke about how they had a special alarm set up to warn them when the kids “escaped.” Smith was understandably concerned and knew that this was bad news. He made up his mind to do something. 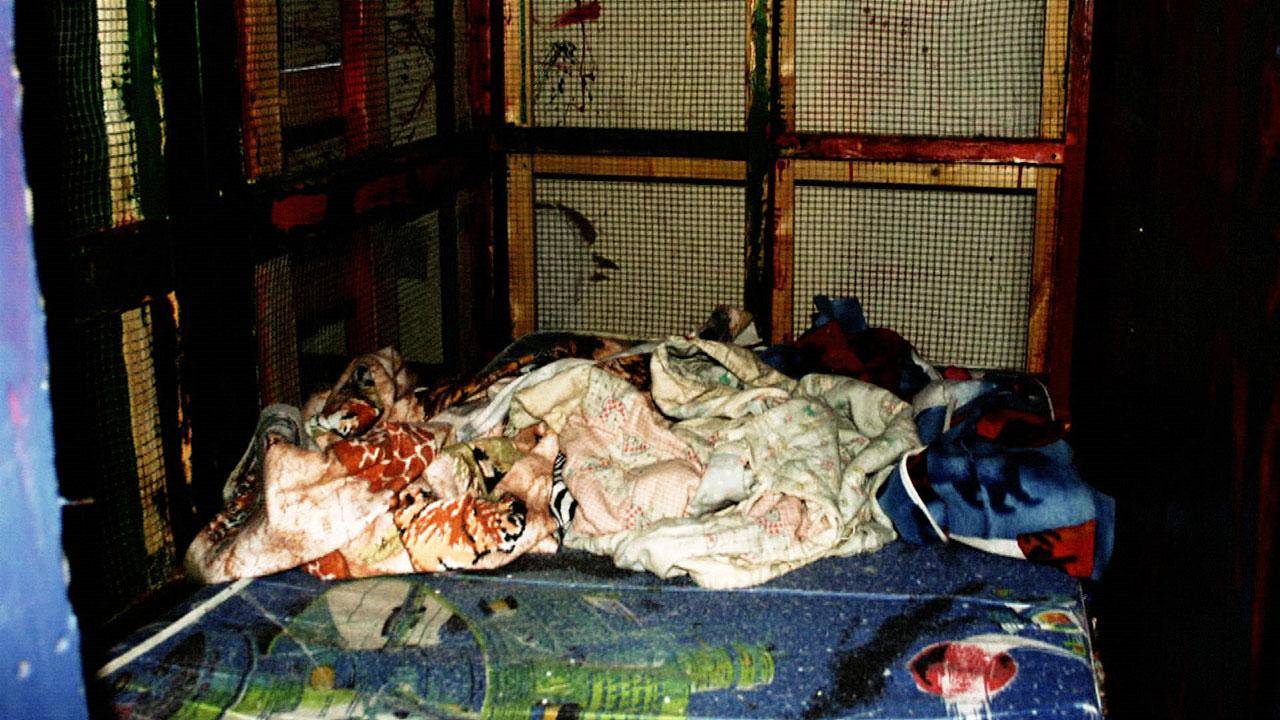 Although he never saw the cages in person, he knew this wasn’t right. The children needed to be helped. Michael said that the cages had chicken wire, and that if the kids were trying to escape, “their fingers would be cut up.” Smith excused himself from the house and went to make a call. 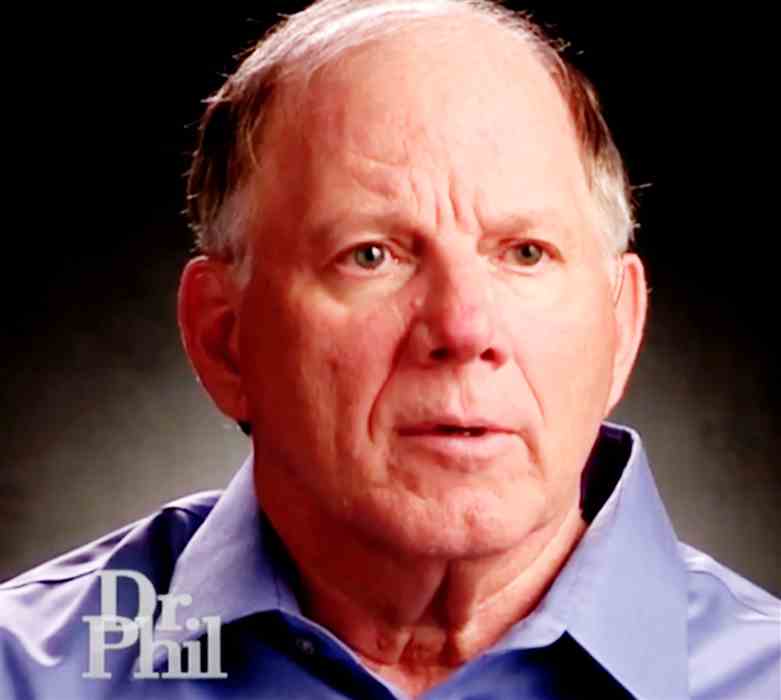 “They were treated less than animals,” he later recalled to Dr. Phil. He told the TV host that after the initial meeting with the Gravelles, he pulled over on the side of the road and cried. He also remarked that it was hard to leave knowing that these kids were inside the home.

Once back at his home, Smith looked up the number to the Child Protective Services agency. He told the person on the other line about the Gravelles and what he knew about the children’s cages. Then he couldn’t believe what the CPS worker did next. 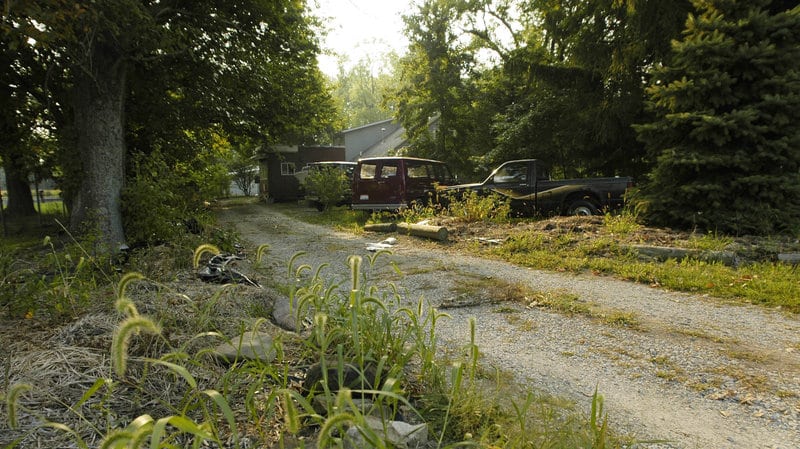 What did the CPS worker do? Nothing. Smith didn’t hear anything about the children and the Gravelle home. In fact, 3 years later, he was still wondering about their fate. Finally, another CPS worker took notice. 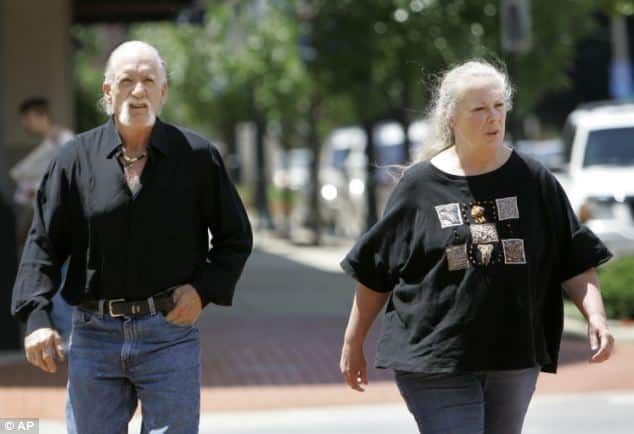 The worker read the notes from the call and decided to pay a visit to the Gravelle home. What they saw there was appalling and only underlined that the CPS call from several years prior was true. The worker called Smith after viewing the home. 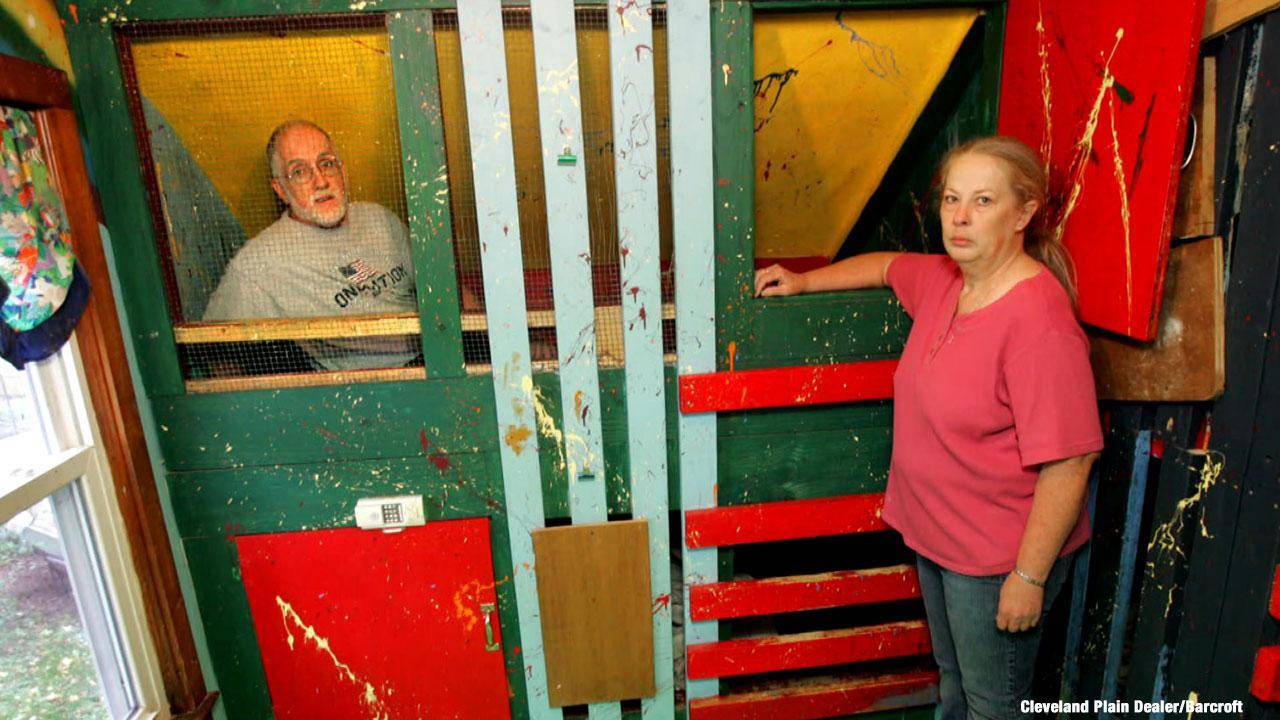 Smith was happy to hear that CPS had finally listened to his concerns and were doing something about the situation. The Cuyahoga Children and Family Services went straight to work with removing the children and putting them in suitable foster care. 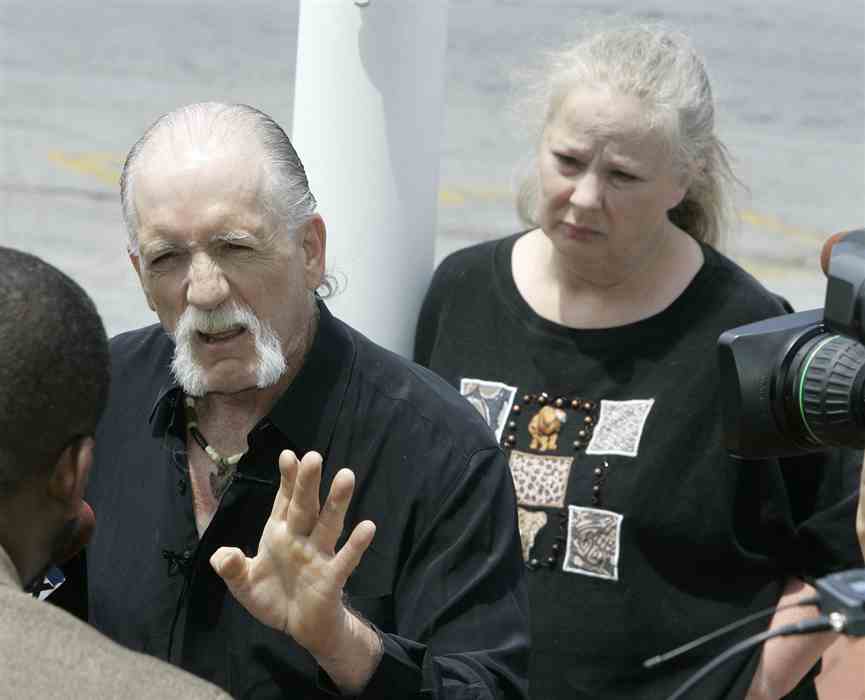 Michael and Sharen Gravelle were under arrest and had their day in court. They told the judge and court that the children had been put in the cages for their own safety as they suffered from emotional problems, health issues and even a condition called PICA, which causes individuals to eat non-food items like batteries, dirt and other items. 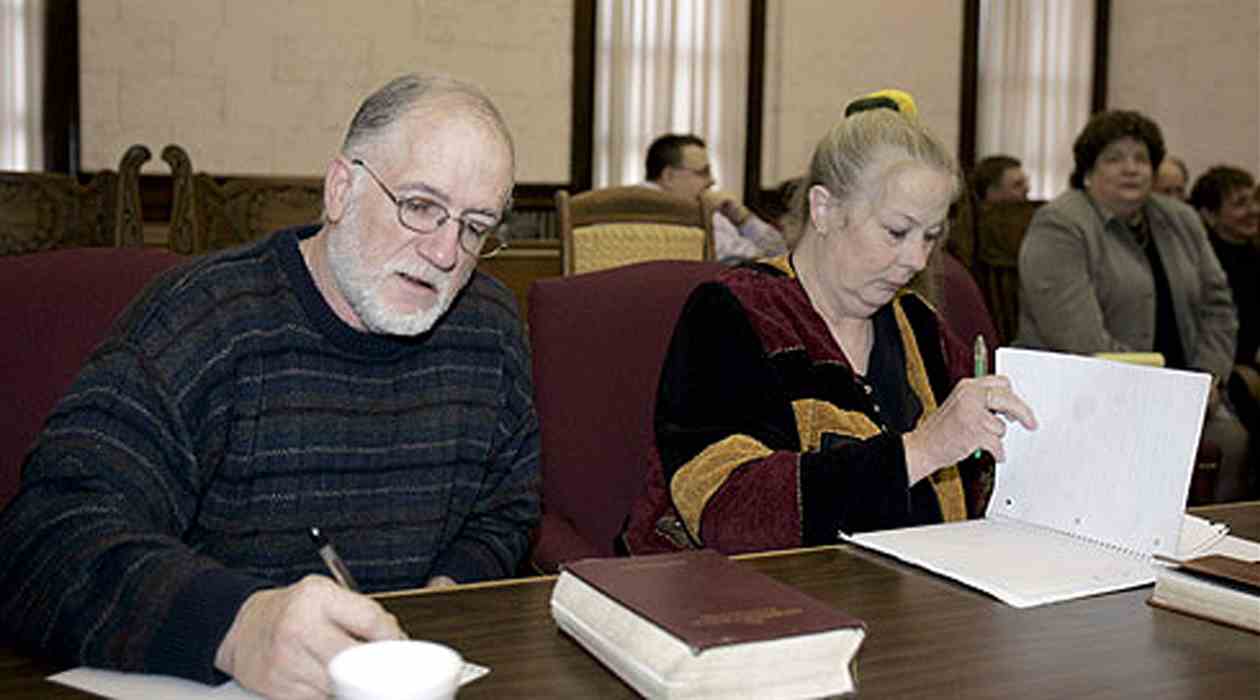 The children’s lawyer rejected that claim and responded that this was pure abuse. The couple was sentenced to 2 years each for child endangerment. It was a paltry amount of time for the neglect they caused and the oldest child asked the judge to give the couple as “much time as my siblings had in their cages.” 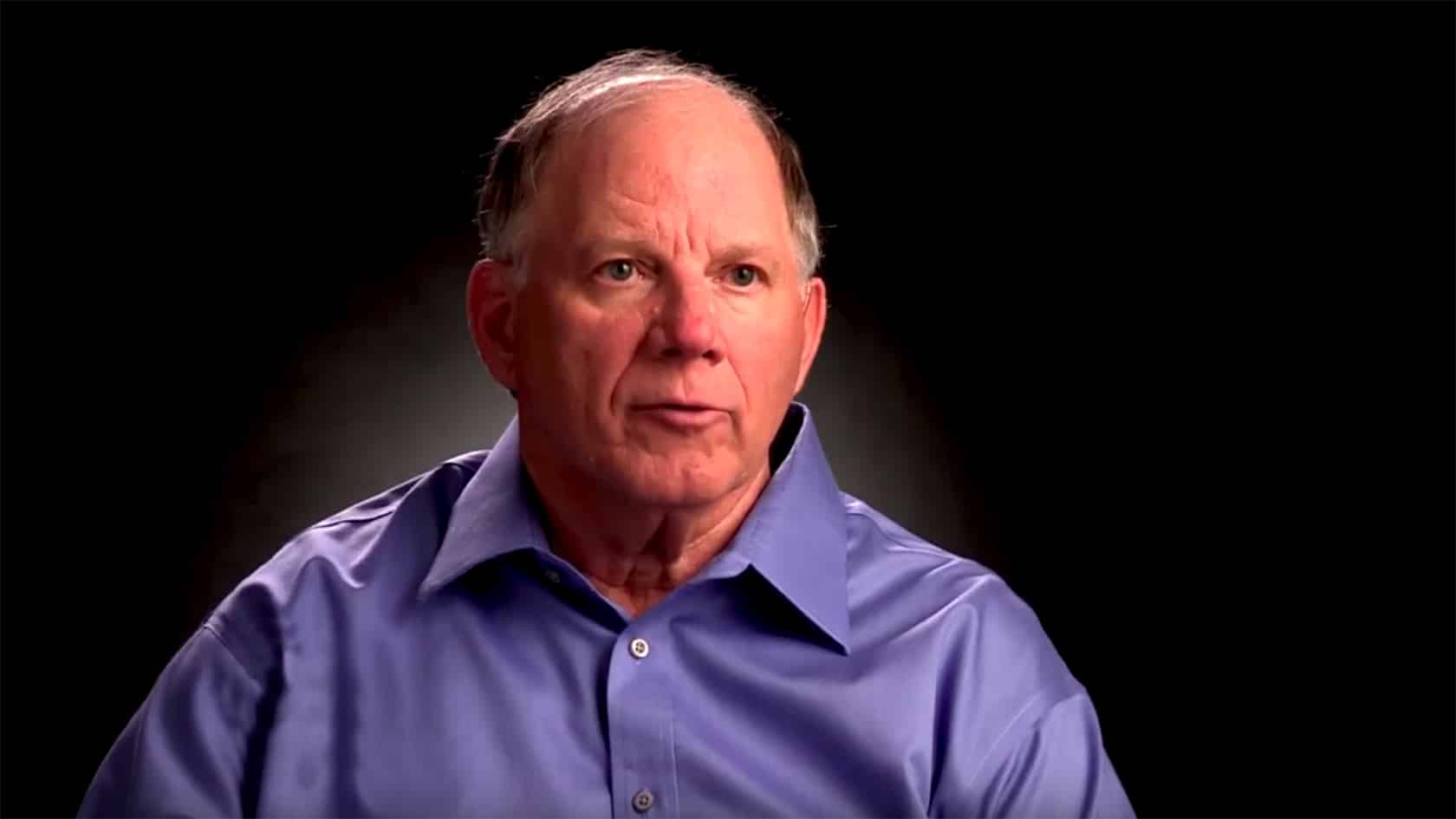 In 2011, the couple were released. But Smith wondered what happened to those kids from so long ago. Little did he know what Dr. Phil had planned. Not only was he going to reunite two of the siblings who had been separated in foster care, he was also going to reunite them with their savior, Smith. 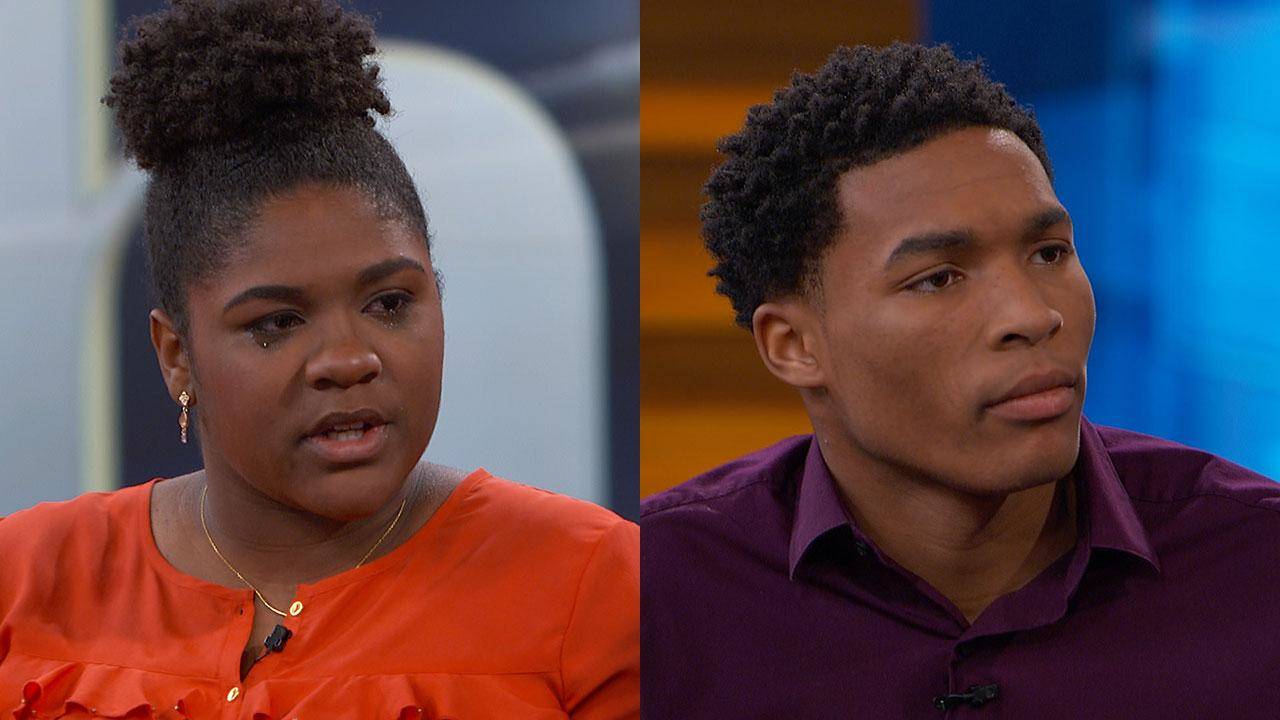 Abba, 19 and Simon, 18, were two of the Gravelle’s children Smith had saved. Dr. Phil reunited the sister and brother, then he asked Simon what he would do if he met Smith. Simon said “I’d give him the biggest hug and tell him I love him.” Then Dr. Phil brought Smith out. 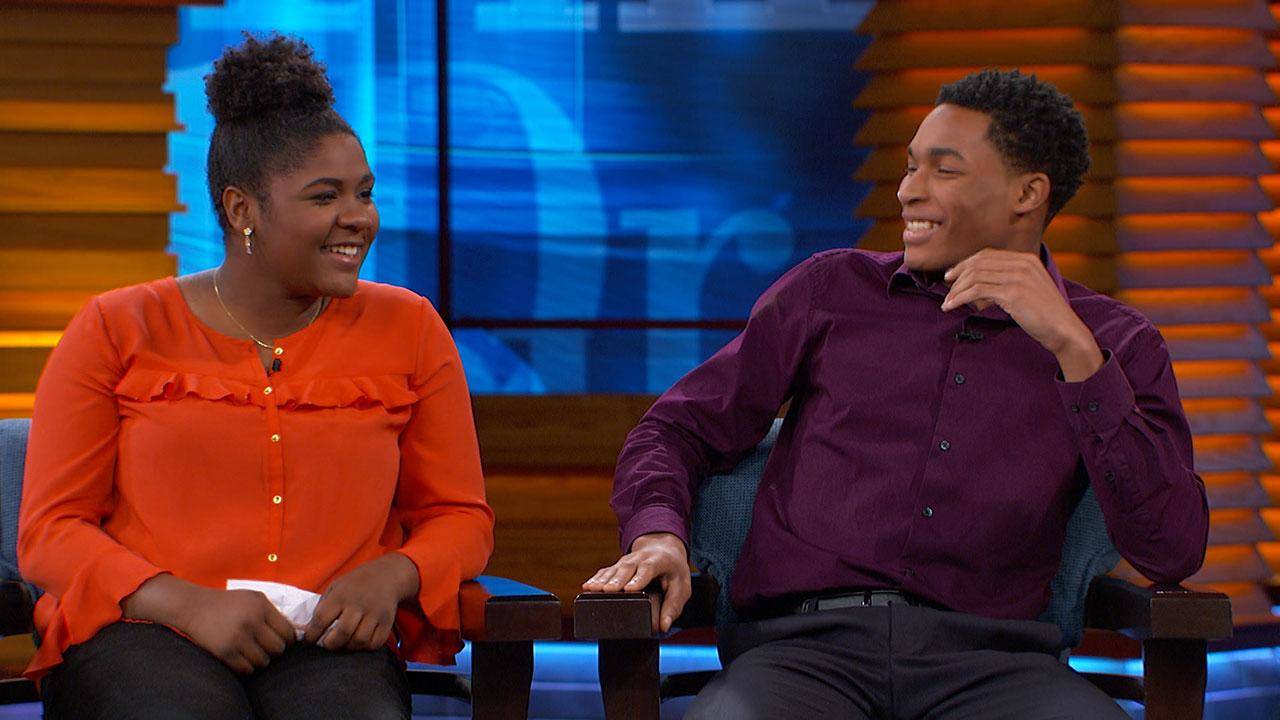 Smith was able to see the children he helped more than 14 years ago completely grown up as adults. Both Simon and Abba are now in college and have managed to move past the emotional trauma they suffered. They reached two settlements with the counties they resided in with their former parents. And how did the reunion go?

1. The Kids Meet Him 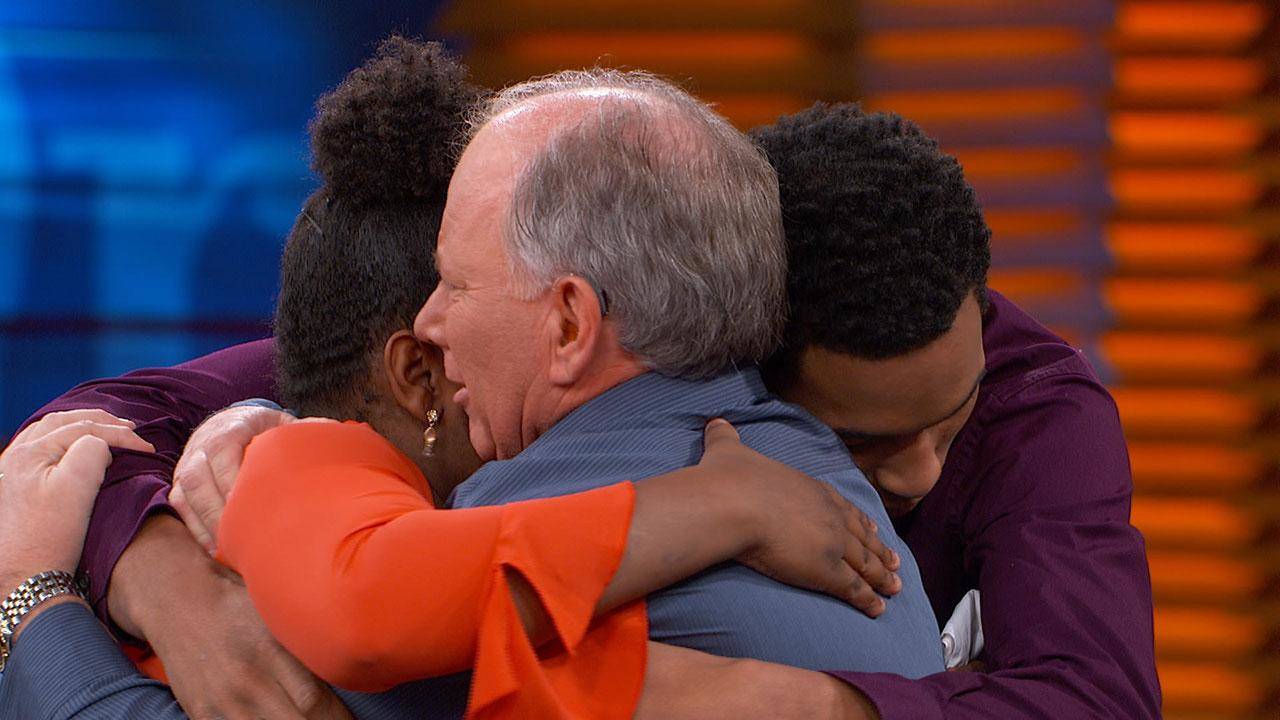 Smith received hugs from both of the young adults and tears streamed down everyone’s face. Simon even declared Smith a “real man” for what he did for the family. “I’m so proud of you guys,” Smith replied. The injuries the Gravelle children faced may still remain, but at least they’ve gotten to thank their rescue in-person and see that someone out there really did care.