23 Year Old Student Makes A Tough Decision, Ends Up Becoming A Father And A Grandfather In The Same Week

There’s an old saying that family comes first. However, all too often, family does not step up when one of their members is in need. Thankfully, that’s not what happened to a young woman in desperate need of help in Australia. She found a relative who was not only willing to become a father at age 23; he was also willing to become a grandfather. The results are amazing. 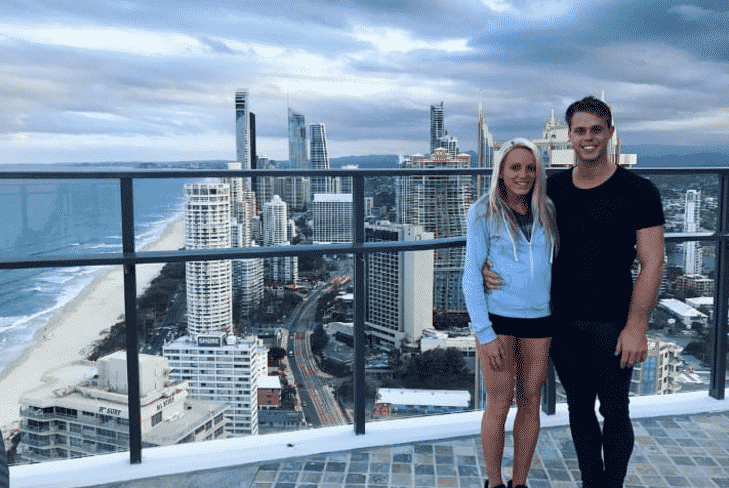 Tommy Connolly seemed to be a prototypical Australian young man. He grew up with lots of friends and he was a star athlete. He knew how to have fun and he also worked hard. He was educating himself and getting ready to start his adulthood. But everything changed for Tommy with one social media message. 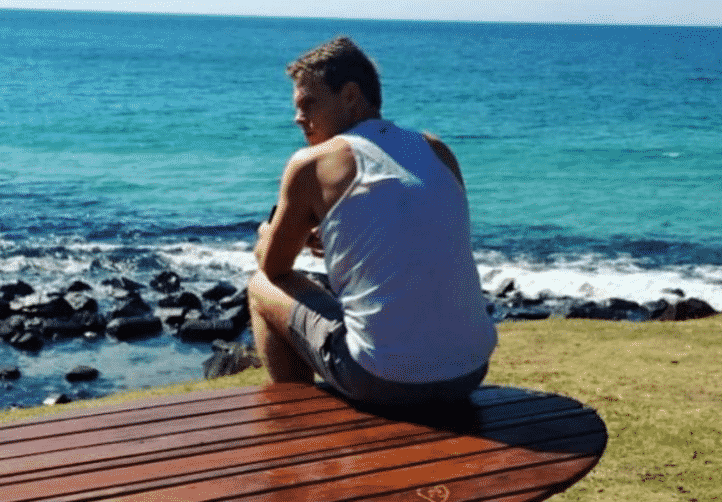 Tommy was 23 years old and had a girlfriend. He was in school at the University of Sunshine Coast in Queensland and studying to become a real estate agent. Tommy was ahead of the curve, working at a local real estate office while finishing school. 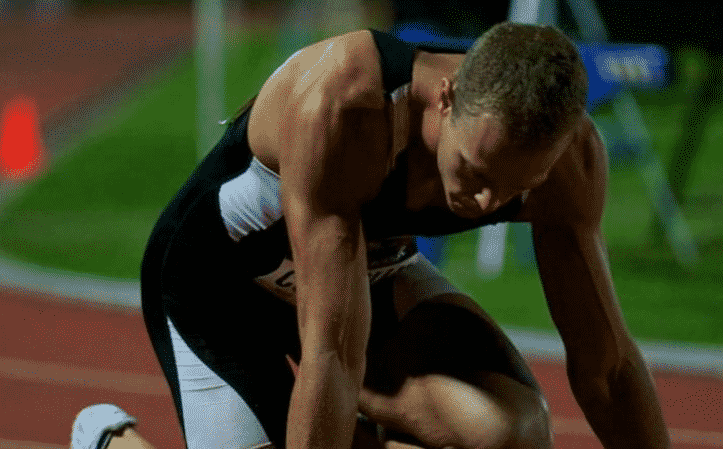 Tommy was a star track and field athlete. He was considered good enough to pursue track and field internationally. There was the idea that with hard work, Tommy could one day become an Olympian. However, that was not to be, since Tommy received a social media message that altered his fate. 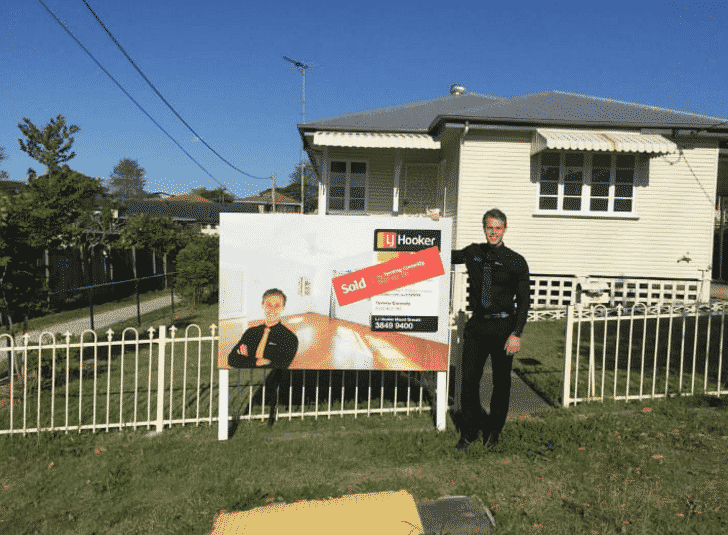 Tommy got a Facebook message from his cousin Kiarna. Tommy had lost touch with his younger cousin, but she had contacted him because she had some bad news. Her life had taken a turn for the worse. Her boyfriend as in prison, she had suffered her own run-ins with police, and she was homeless. But that wasn’t all. 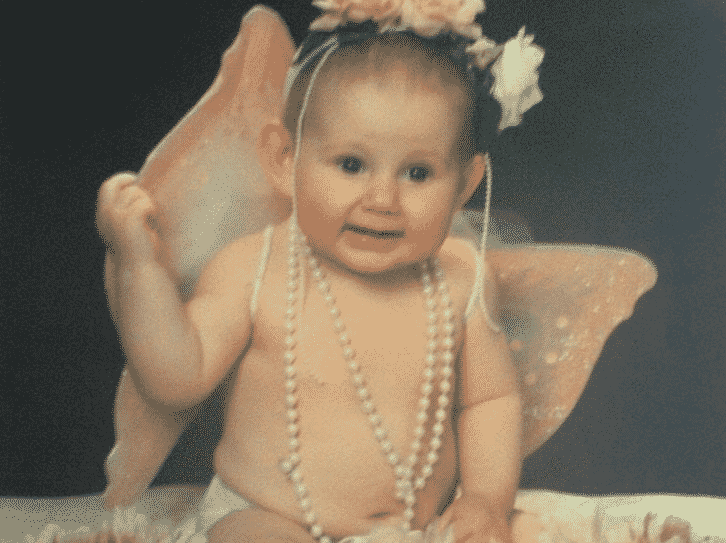 Tommy was very surprised by this news. The last time he had seen Kiarna she had still been a baby, innocent and learning to play and talk. He was shocked that she had fallen on hard times. Yet Tommy believed he had a duty to help her if he could. 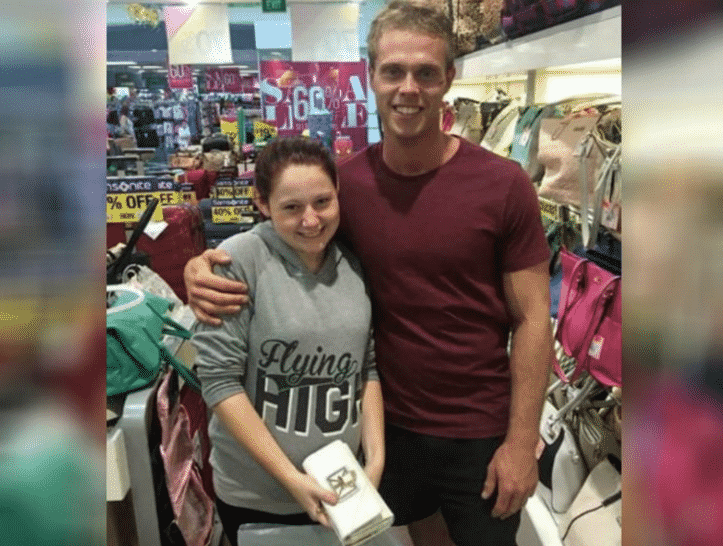 After a few messages, Tommy knew he had to do something. He drove to meet his 16-year old cousin. This was the first time they had seen each other in years, but it felt great. They went to lunch while Kiarna opened up and told him everything. At least he thought it was everything. 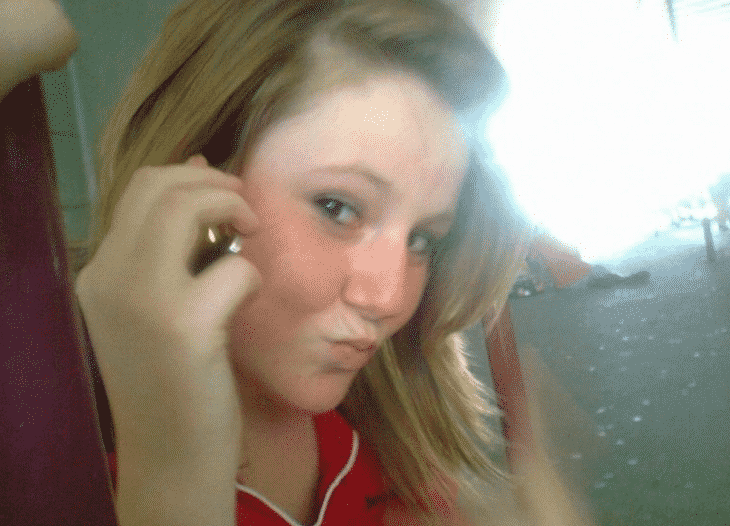 Tommy reconnected with Kiarna and made a quick decision. He would help her turn his life around even if he had to sacrifice his own dreams to do it. As a teenager, he couldn’t let her be homeless or else she might end up in jail or worse. 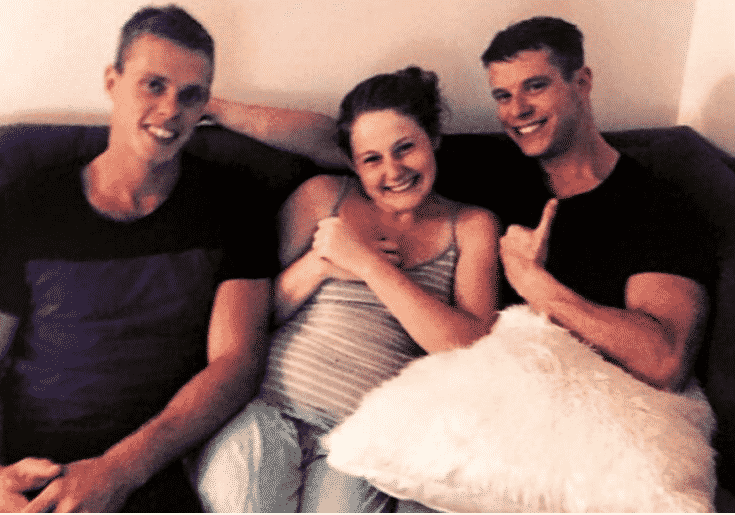 Tommy offered to let Kiarna move in with him. She agreed, but she had one secret that was holding her back. It was a secret she feared would make him not want to help her at all: she was 23 weeks pregnant. Kiarna told Tommy and feared for the worst. But that only made Tommy more determined to do something. 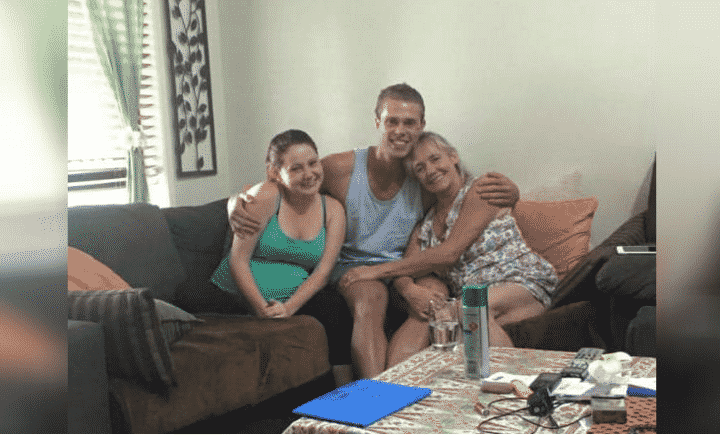 Tommy offered to become Kiarna’s legal guardian. This was a key step because child services had already contacted Kiarna with a threat to take away her baby boy after she gave birth, since they assumed she had nowhere to go and couldn’t take care of him. Tommy knew he had to act fast to change their minds. 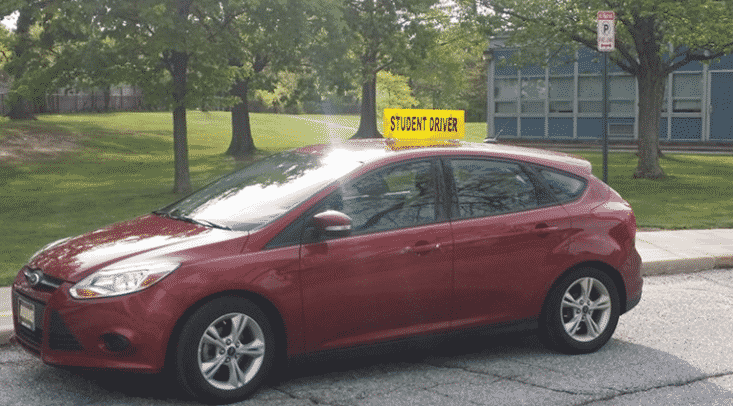 Almost overnight, Tommy went from being a track star to spending his free time helping Kiarna learn the skills she needed to raise a child and live a productive life. He taught her how to read and write and he gave her driving lessons. But that wasn’t the end of all his help. 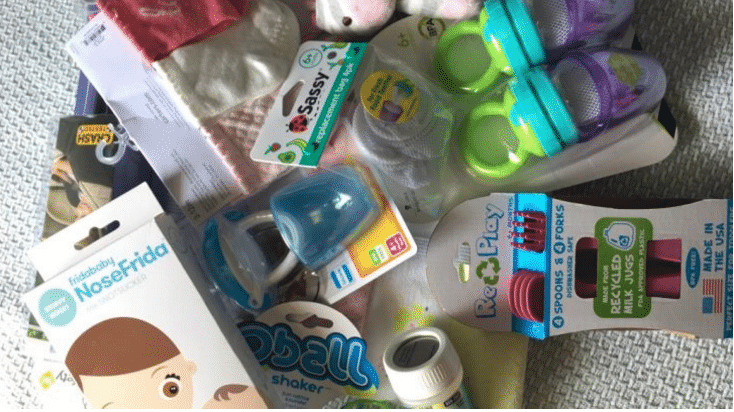 Tommy had always been a saver. Since he worked since he was a teen, Tommy had been saving his money. He decided to tap his savings account to move them into a bigger apartment that would be more suitable for a baby. He purchased baby products and went to the doctor’s appointments with Kiarna.

6. Approved as a Foster

Tommy was officially approved to be her foster parent and legal guardian. He bought her a kitten to show her how much he loved her. Then Tommy told his girlfriend and the rest of the family that they needed to focus on getting ready for the baby. That’s lot of maturity for a 23-year old. 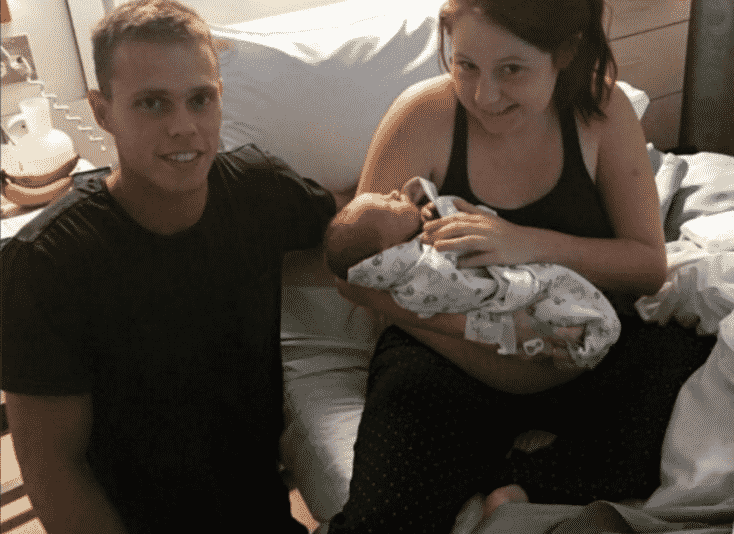 Just two months after Tommy became Kiarna’s legal parent, she had her baby boy. She named him Kayden. Tommy was in the delivery room and cut the umbilical cord. Tommy had a good laugh because he knew that as her legal parent, he was officially the legal grandparent to Kayden! 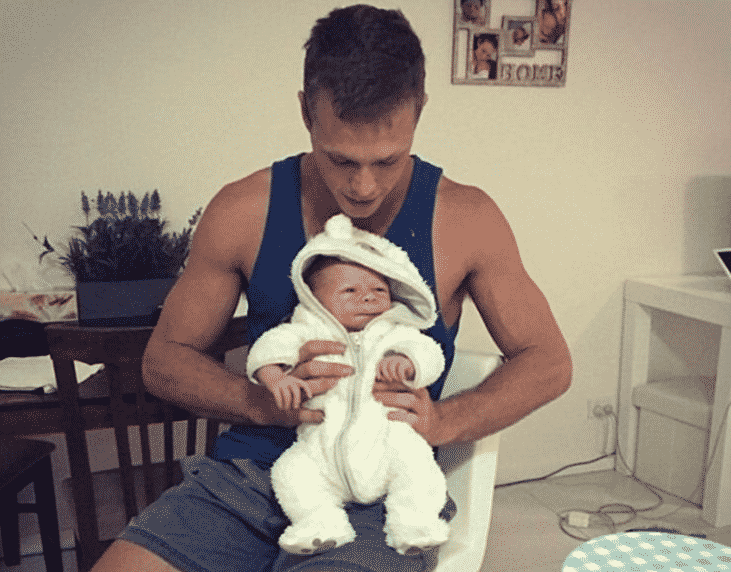 Tommy loves being the world’s youngest grandpa. Everyone pitched in to take care of Kayden when Kiarna brought him back to the apartment. Tommy quit his job at the real estate office because he had a bigger plan and wanted to support his family. What did he do? 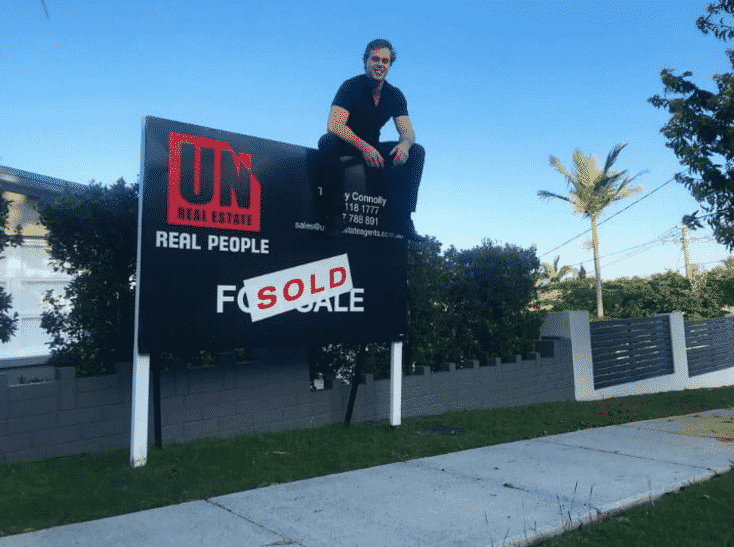 Tommy started his own real estate office. He wanted to create an authentic brand that was dedicated to being real and helping regular people become homeowners. He wanted to avoid being perceived as sleazy or unscrupulous. Although it was a risk, Tommy was successful. 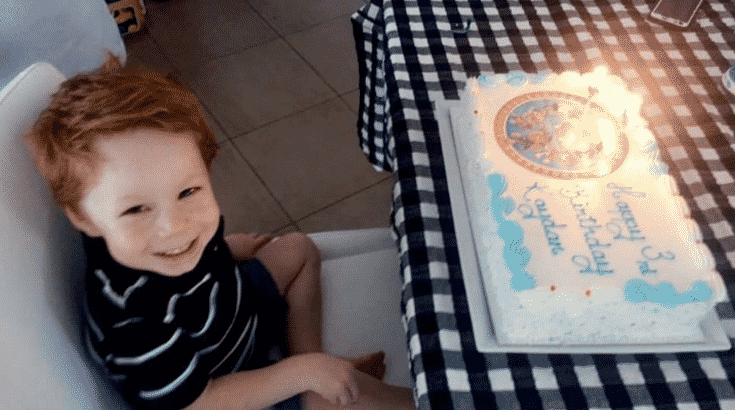 Kayden is thriving and surrounded by people who love him. Kiarna’s experience with Tommy made her a better person. She vowed to never let Kayden experience anything remotely as scary as what she went through. She was eternally grateful to Tommy for giving her and her son a chance. 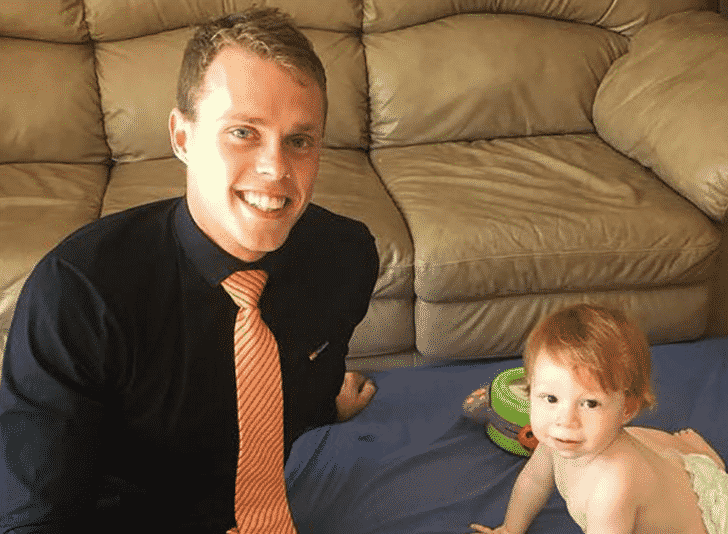 Tommy doesn’t regret his decisions. He loves sharing posts of Kayden on social media. He is a proud grandpa and doesn’t mind people asking about his unusual family. The Connolly family can be proud of the decisions Tommy made and how he will set up the next generations for success.