Woman In Power: Here Are The Most Influential First Ladies Of The United States

The First Lady of the United States is a title held by the hostess of the White House, usually the wife of the President of the United States. Throughout American history, first ladies have been more than just wives to the president. They have managed to greatly impact and shape American culture in ways you may have never known! For example, did you know that it was a First Lady that fought for civil rights as well as the rights of women? This list breaks down the most influential first ladies and how they helped to make America the country it is today. 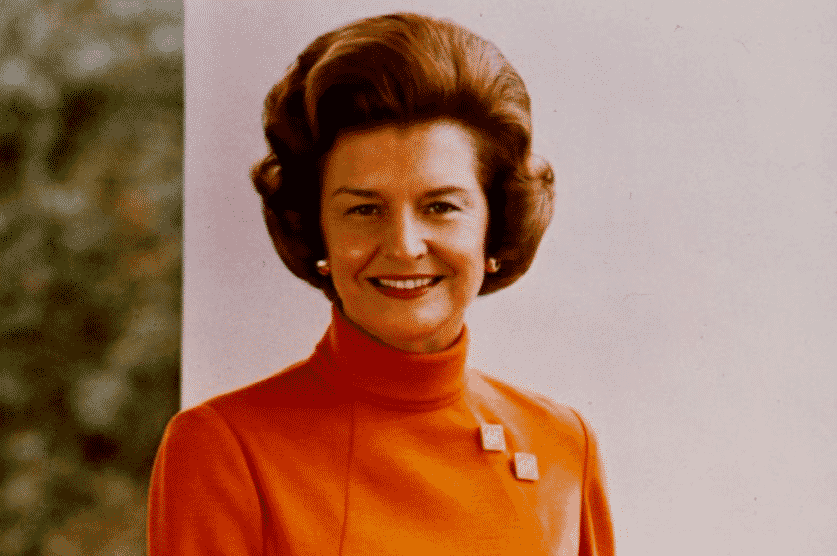 Betty Ford was born Elizabeth Anne Bloomer and she was married to 48th President Gerald Ford. As the first lady between the years of 1974 to 1977, she was quite open about her experiences with psychiatric treatment. She was also a huge advocate for the Equal Rights Amendment, designed to guarantee equal legal rights for all American citizens regardless of sex. She was also in support of legalizing abortion. After she went through a mastectomy, she was very candid about her experience with breast cancer. Betty Ford was an open book and advocated for many social causes that have shaped America. 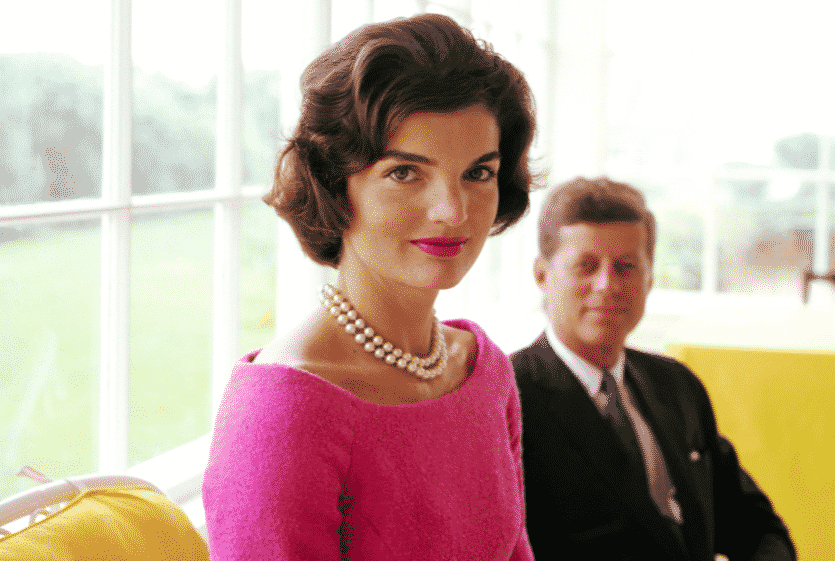 Jacqueline Kennedy was First Lady of the United States during the presidency of her husband, John F. Kennedy. Jackie Kennedy was known for her style, poise, and grace. She was considered a “fashion icon” of the era and was famously known throughout Washington for her White House dinner parties and various social events. She graduated from George Washington University in 1951 with a BA in French literature. Jackie also spent a lot of time restoring and refurnishing the White House. Once the renovation was complete she showed off all of her hard work during a televised tour.

Next, we have a first lady who was the first female presidential nominee of a major party… 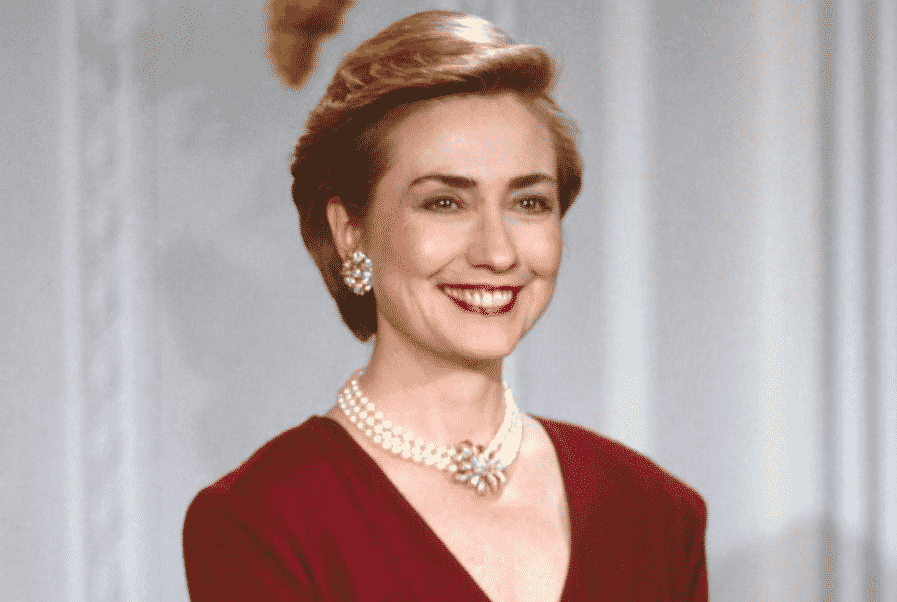 As far as First Lady resumes go, Hillary Clinton has one of the most extensive ones. Hillary Diane Rodham Clinton is an American politician and diplomat who served as the First Lady of the United States from 1993 to 2001 for her husband, 42nd President Bill Clinton. Hillary Clinton graduated from Yale Law School and used her education to be an incredibly influential first lady. She was appointed the head of the Task Force on National Health Care Reform and she was a strong voice on women’s and children’s issues. She was also elected Senator of New York, making her the first First Lady to win a term to elected office. Most notably, Hillary Clinton was the first female to ever be nominated for president by a major party in the U.S. 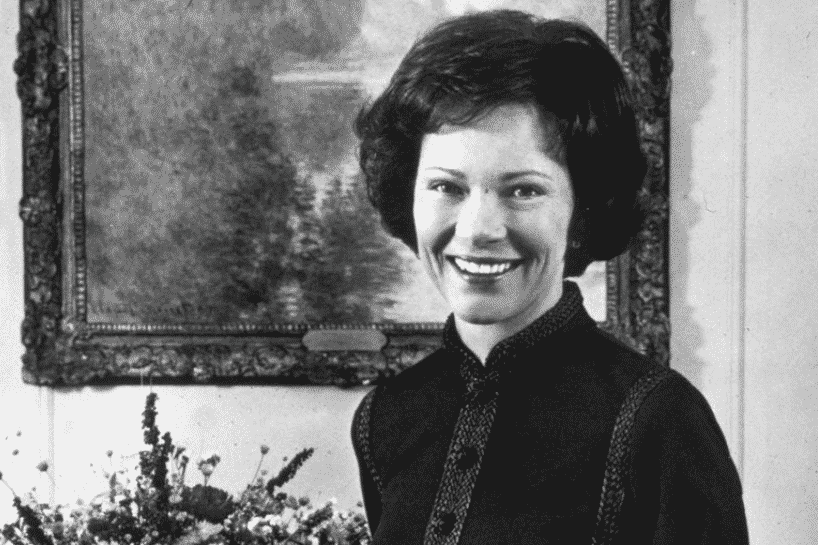 Eleanor Rosalynn Carter served as First Lady of the United States from 1977 to 1981, as the wife of President Jimmy Carter. Throughout Jimmy Carter’s presidency, Rosalynn served as one of the president’s most trusted advisors. He would consult with his wife often. On top of that, Rosalynn was also involved in many cabinet meetings, allowing her to better advise her husband. She was also a major advocate for mental health issues and became the honorary chair of the president’s Commission on Mental Health.

Next, we have a First Lady that basically took over the presidency once her husband passed… 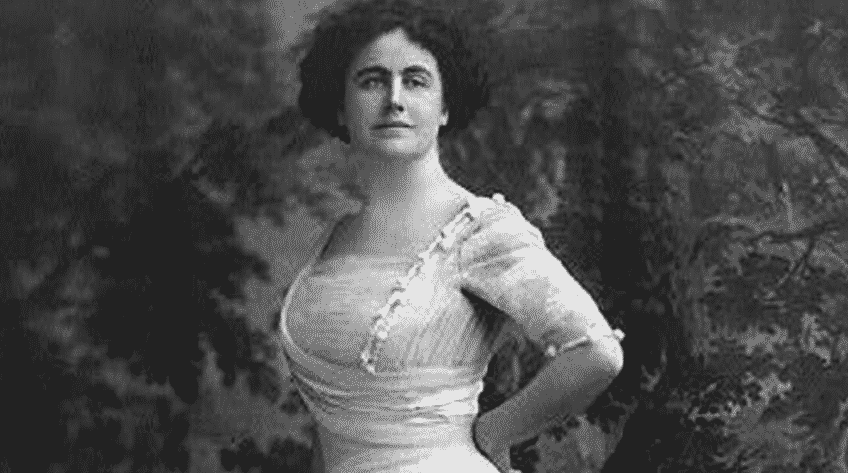 Edith Wilson, second wife of U.S. President Woodrow Wilson, was the First Lady of the United States from 1915 to 1921. When President Wilson suffered a stroke in October 1919, Edith took matters into her own hands. She would look over all matters of state and decided which ones she would bring to her bedridden husband. Edith made daily decisions and was criticized quite severely for it. Simply speaking, Edith ran the executive branch of the government for Wilson until his term was over. 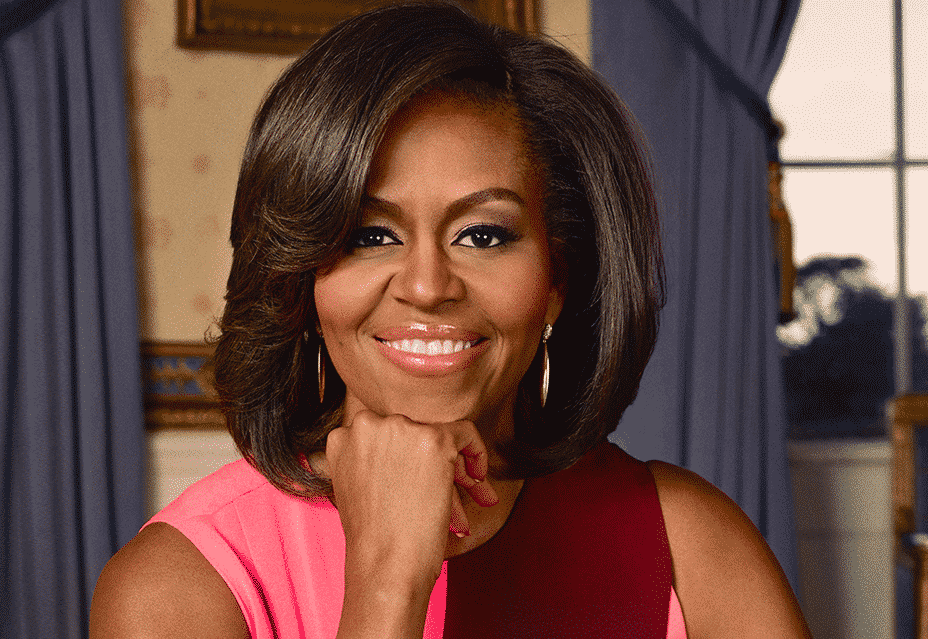 Michelle LaVaughn Robinson Obama is an American lawyer, university administrator, and writer who served as the First Lady of the United States to her husband, 44th U.S. President, Barack Obama. Michelle was the first African-American First Lady and she has inspired women all throughout America with his elegance, education, and charm. She has been dubbed an influential advocate through her various campaigns including her ‘Let Girls Learn’ campaign that works hard to promote education for women and girls around the world. She worked at a law firm where she met Barack Obama and during his presidency she was an active force for poverty awareness, healthy living, and civil rights. 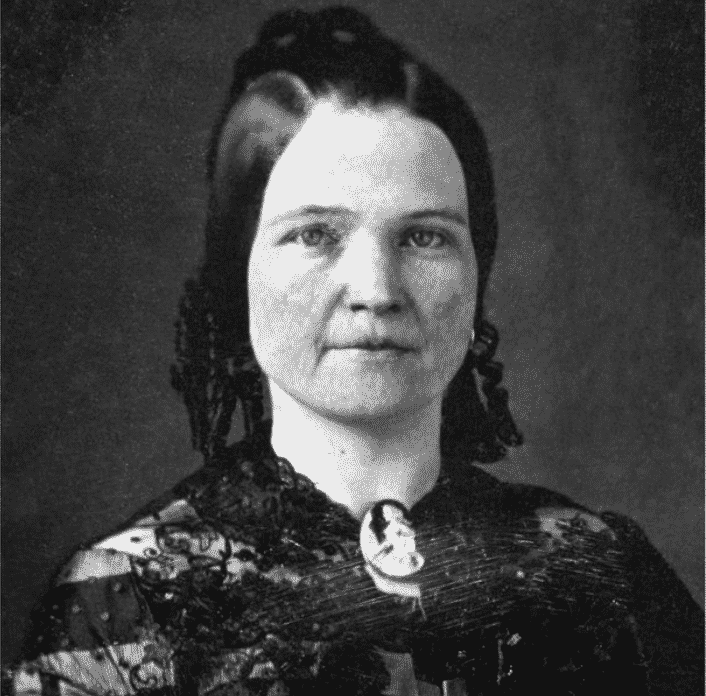 Mary Ann Todd Lincoln was the wife of the 16th President of the United States, Abraham Lincoln. Mary Todd Lincoln has quite a controversial reputation as First Lady. Mary was known for having severe mood swings, public outbursts, and a short temper. However, many historians have debated that a lot of this may have stemmed from the Civil War as well as the personal tragedies that she faced when she lost her three of her sons. Still, Mary was a strong supporter of her husband and constantly offered him advice. She hosted lavish events to help further her husband’s presidential career.

Next, we have a First Lady that is involved in one of the most controversial presidencies ever seen in the United States… 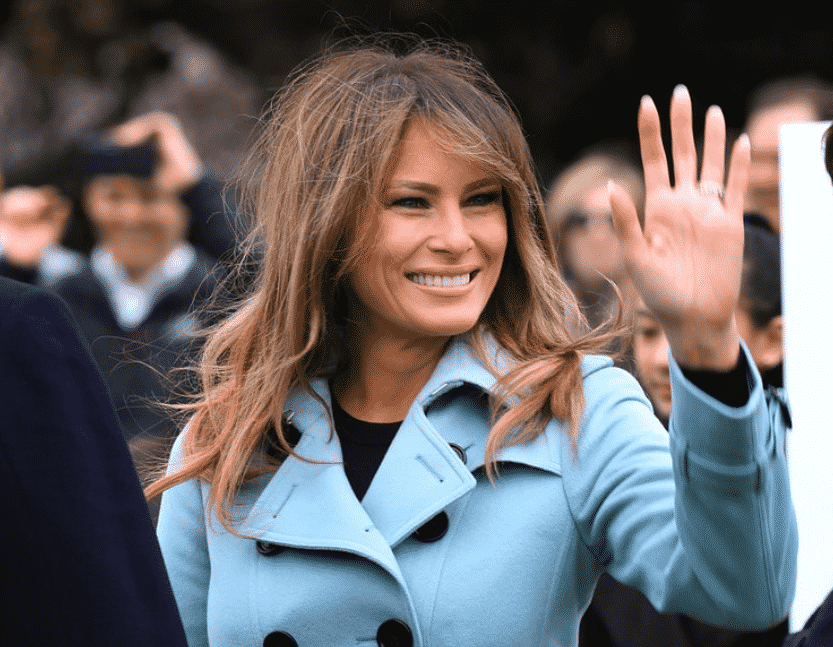 Melania Trump is a Slovenian-American former fashion model and wife to 45th U.S. President Donald Trump. Melania is fluent is five different languages: Slovenian, English, French, Serbian and German. So far, Melania has taken a more backseat role as First Lady to her husband and has received quite harsh criticism for it. Recently, she has launched an initiative against cyber bullying as she believes that it has become a huge issue for the youth of America.

Our next woman is considered by many to be the most influential, inspiring, and proactive First Lady to ever take on the role. Can you guess who it is? 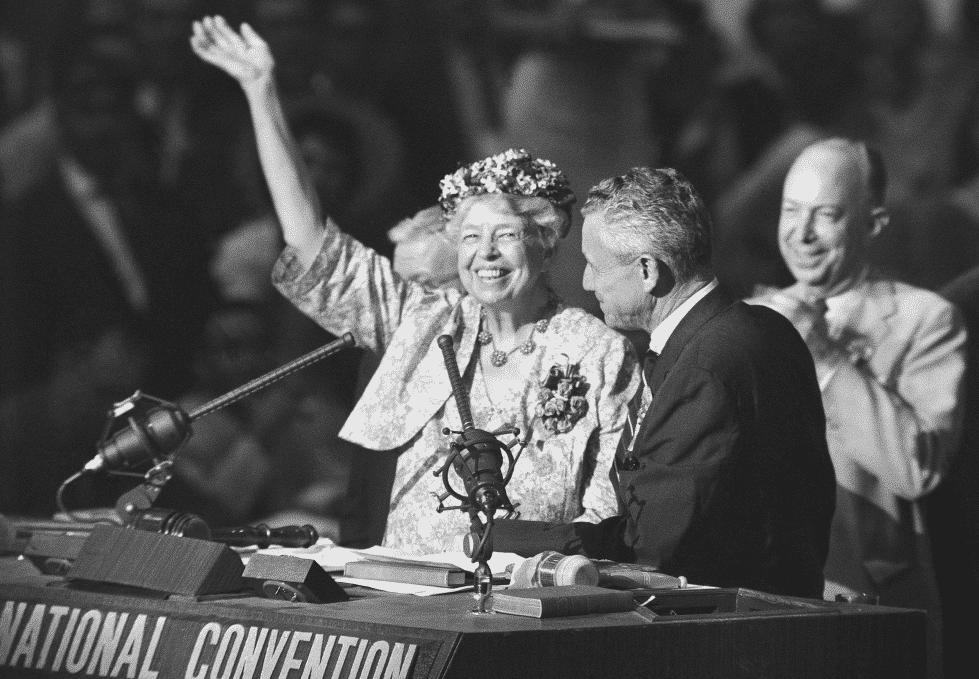 Anna Eleanor Roosevelt was an American political figure, diplomat and activist that served as First Lady to 32nd President Franklin D. Roosevelt. Eleanor is considered the most influential First Lady and her achievements and work speak for themselves. Eleanor focused on helping out the country’s poor, was vehemently against racial discrimination, and traveled abroad during World War II to visit America’s troops. She was also on the board of directors for the National Association for the Advancement of Colored People (NAACP) and helped draft the “Universal Declaration of Human Rights.” 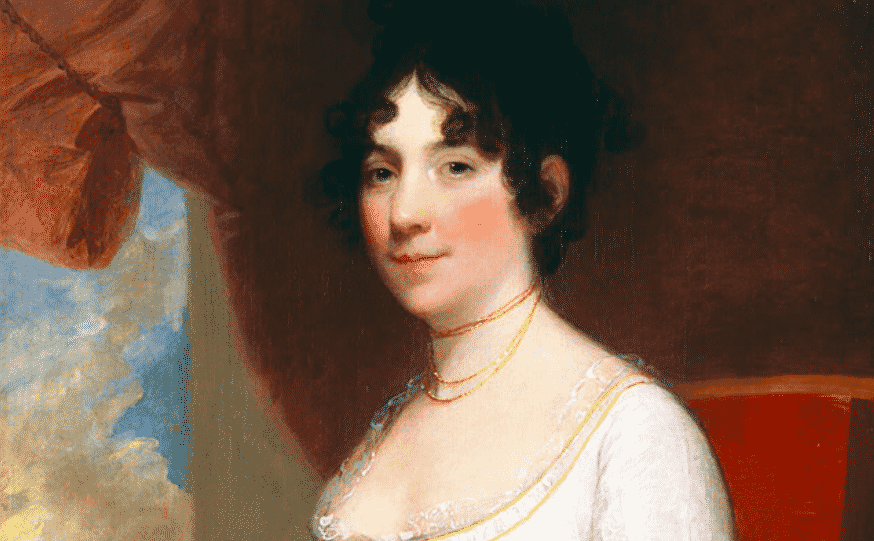 Dorothea “Dolley” Dandridge Payne Todd Madison was the wife of fourth President James Madison. Dolley was one of the most beloved first ladies. She was known for entertaining dignitaries and had a full social calendar. One of her most notable accomplishments occurred during the War of 1812. As the British were heading toward Washington, Dolley refused to leave the national treasures at the White House behind as she understood their great significance. She refused to leave until she could save as many treasures as she possibly could! 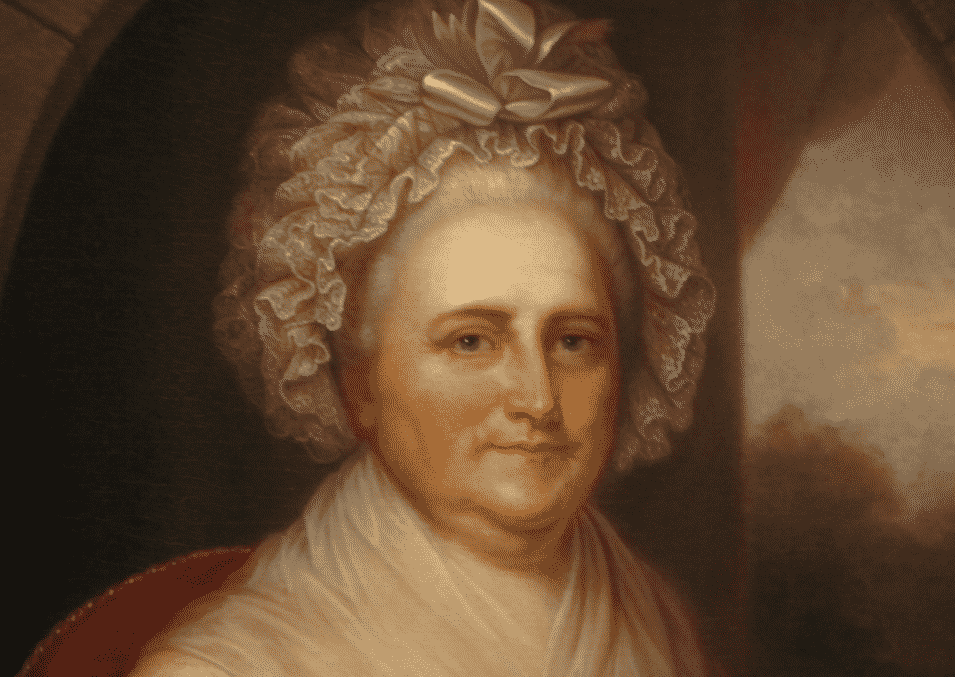 Martha Washington was the wife of George Washington, the first President of the United States. Martha Washington would set the precedent for all future first ladies and she did so with grace. Unlike most women in Virginia in the 1700s, Martha learned how to read and write. While serving as First Lady, she would hold a weekly reception for anyone that would like to attend. At these receptions, members of Congress, visiting dignitaries, and the common people would gather together to talk and mingle with one another. 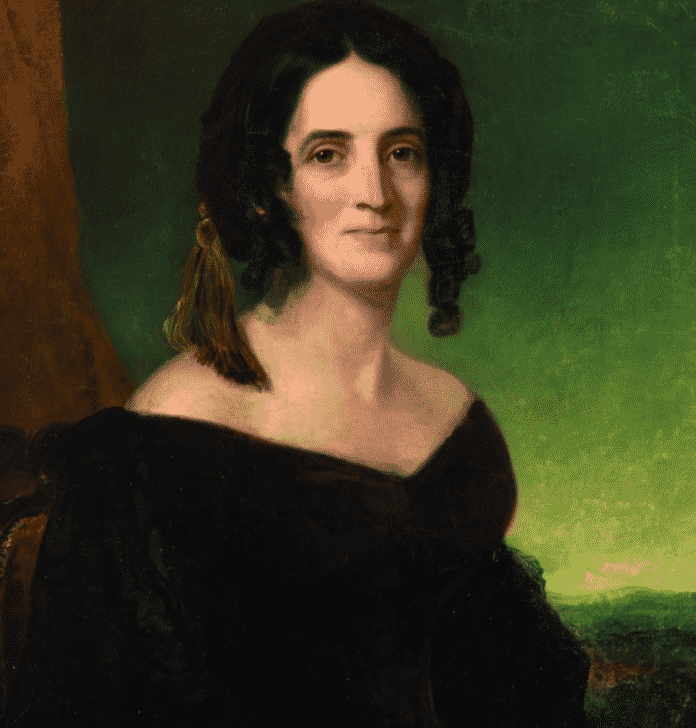 Sarah Childress Polk was the First Lady of the United States from 1845 to 1849 to the 11th President of the United States, James K. Polk. Sarah Polk was a highly-educated woman of her time and used her education to help out her husband throughout his presidency. It was well-known that Sarah helped put together speeches for Polk and she was also known to entertain officials from both parties.

Next on our list is a First Lady whose love of learning helped bring forth the first White House library. 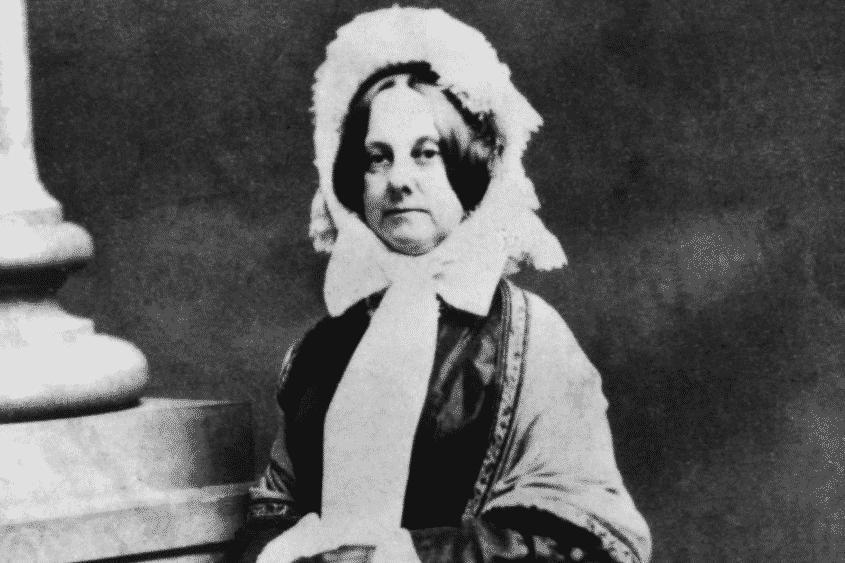 Abigail Powers Fillmore, wife of Millard Fillmore, was the First Lady of the United States to her husband 13th President Millard Fillmore. Abigail was one of Millard’s teachers at New Hope Academy, although she was only two years older than him. Abigail and Millard both shared a fond love for learning and this prompted the creation of the White House library. This was a bit controversial at the time, as many people feared that having a library in the White House would make the president too powerful. Eventually, the idea was put into action and a library was built! 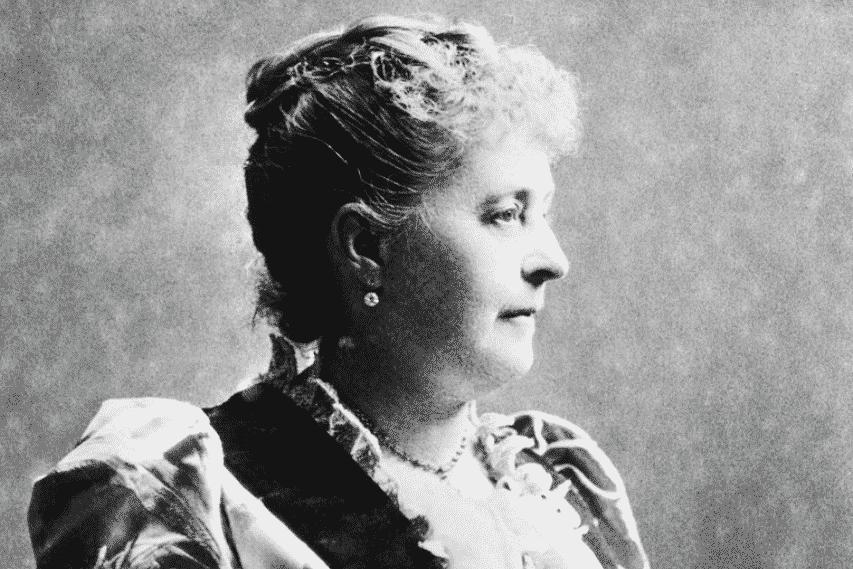 Caroline Lavinia Scott Harrison, was a teacher of music and First Lady to 23rd President Benjamin Harrison. As First Lady, Caroline was quite active in her role and actually oversaw a great deal of renovations to the White House. Plumbing, electricity, and additional floors were all added to the White House thanks to Caroline. She was also a huge advocate for women’s rights and had the first Christmas tree erected in the White House. 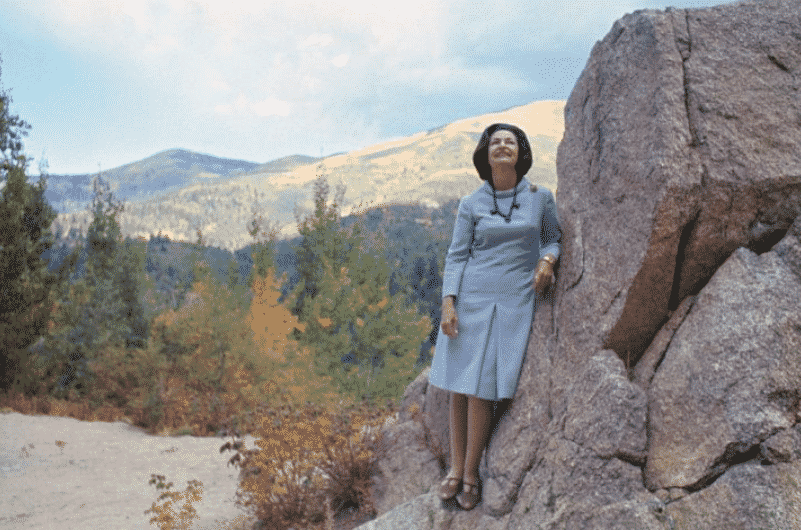 Claudia Alta “Lady Bird” Johnson was an American socialite and the First Lady of the United States as the wife of the 36th President of the United States, Lyndon B. Johnson. As First Lady, Lady Bird played a huge role in cleaning up the capital and making it look more beautiful. She was the head of the Society for a More Beautiful National Capital and through the society she planted millions of beautiful flowers all around the capital. She was also the first First Lady to advocate for legislature such as the Highway Beautification Act, which attempted to limit billboards and advertisements on highways.