Americans Think They Know Everything About 9/11, They’re Wrong

More than half of all Americans are still questioning the series of events that occurred on September 11th, 2001. Many Americans are still under the impression that the United States has concealed or is still continuing to conceal information about that day. Recently, some shocking new details have been brought forth to the public. Below are some of the biggest mysteries and questions regarding 9/11 that the American public still wants to know. Some have been answered and some are still questions that remain a mystery to this day.

20. How Did The Towers Collapse So Quickly? 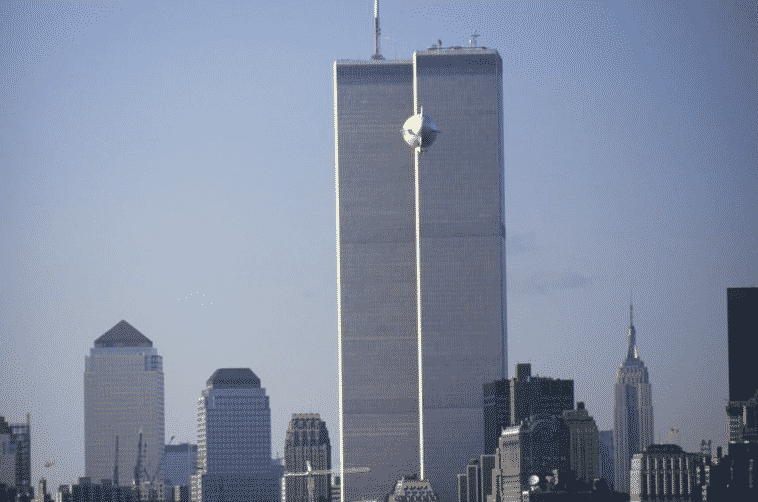 One of the biggest questions that everyone has been asking is how the Twin Towers managed to collapse so quickly? The engineers that designed the two buildings crafted them to be able to withstand the impact of a commercial jet airplane. With this information at hand, a lot of conspiracy theorists began to throw out ideas that the buildings had been rigged with explosives that set off right before the planes actually crashed. However, Snopes has discredited these ideas as scientifically inaccurate. Still, many people to this day still beg the question. 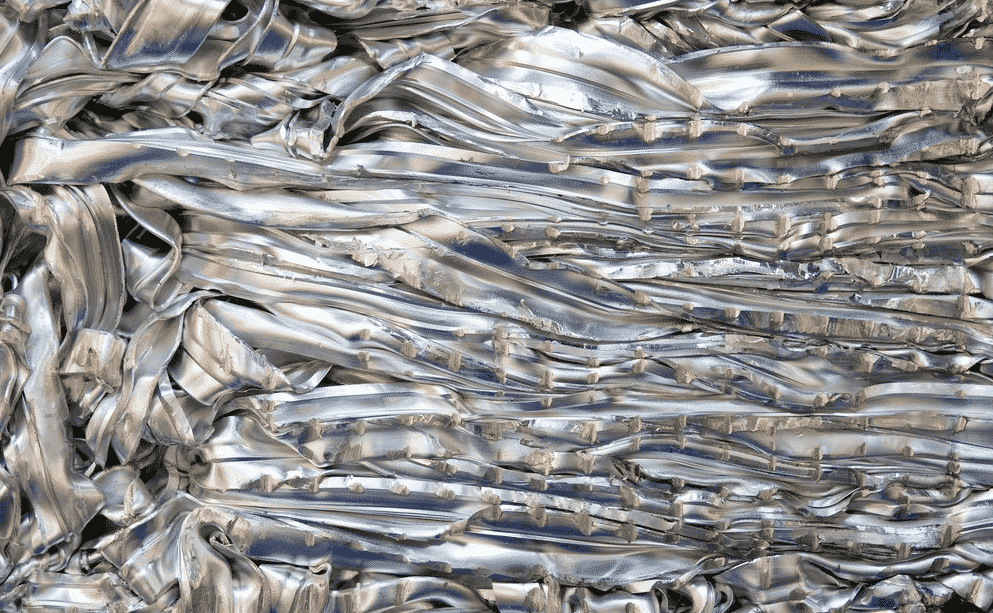 There is currently a theory that involves aluminum, the material that most planes are primarily constructed out of. Two Smithsonian scientists have theorized that, “Aluminum, a principal material used in planes, is softer, lighter and more flexible than iron or steel. It could also be the reason the twin towers fell so quickly.” The scientists state that under extremely high temperatures, aluminum can become highly explosive. This could explain how the buildings collapsed so easily, as the aluminum from the planes interacted with the burning fire surrounding the buildings. 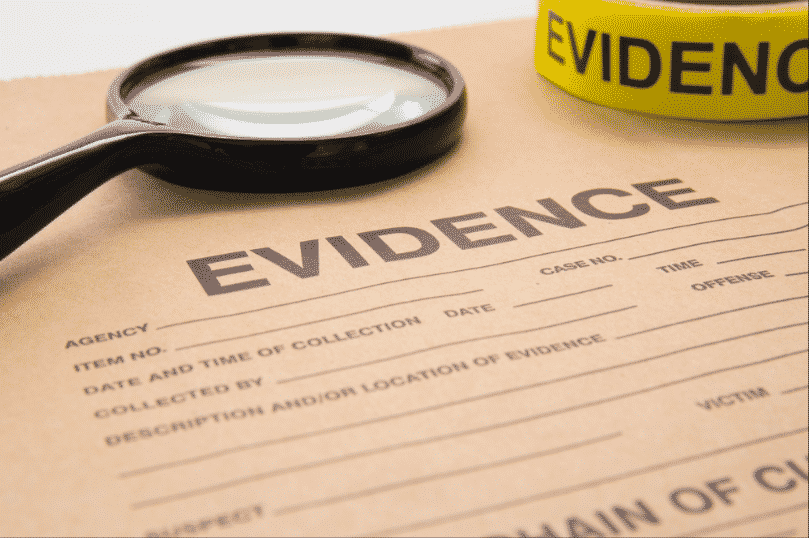 Another controversial finding that sparked up some more theories was when the official investigation report was released. In the official report, the Smithsonian states that there was no mention of airplane wreckage in the report. The report never mentions the presence of any aircraft wreckage at the scene of the collapsed towers. This has led to some serious questions about why this important detail would be left out… 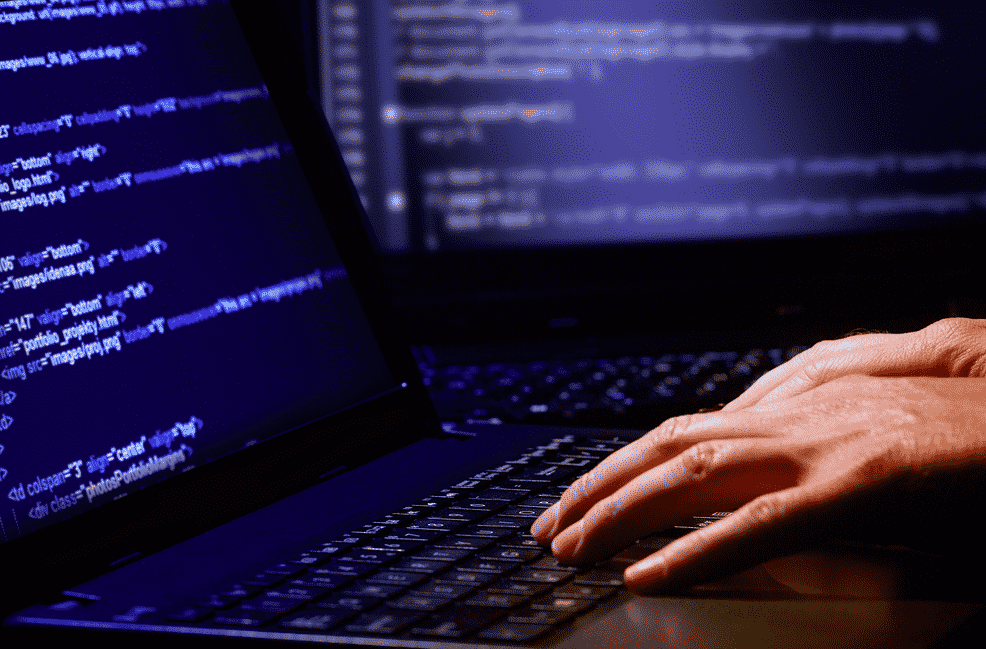 It seems that the U.S. government had also managed to pick up on some intelligence before the attacks occurred. The National Security Agency (NSA) had intercepted two communications between Afghanistan to Saudi Arabia that clearly divulged details of the plans. The two messages were, “Tomorrow is zero hour,” and “The match begins tomorrow.” However, according to a report done by CNN, the messages were only translated on September 12th. 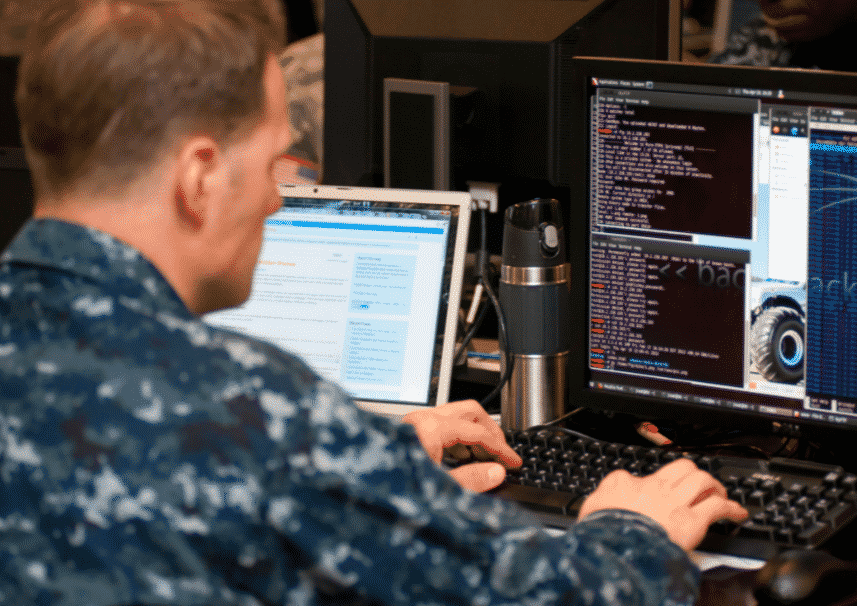 To this day, many people wonder how the NSA didn’t catch wind of a terrorist attack of this magnitude being plotted out beforehand. With their ability to intercept messages, many wondered why the agency failed to find and/or alert the government before the attacks. It was also proven that the CIA had been on high alert since August 23rd, when they found out that Al Qaeda was in the midst of planning an attack. 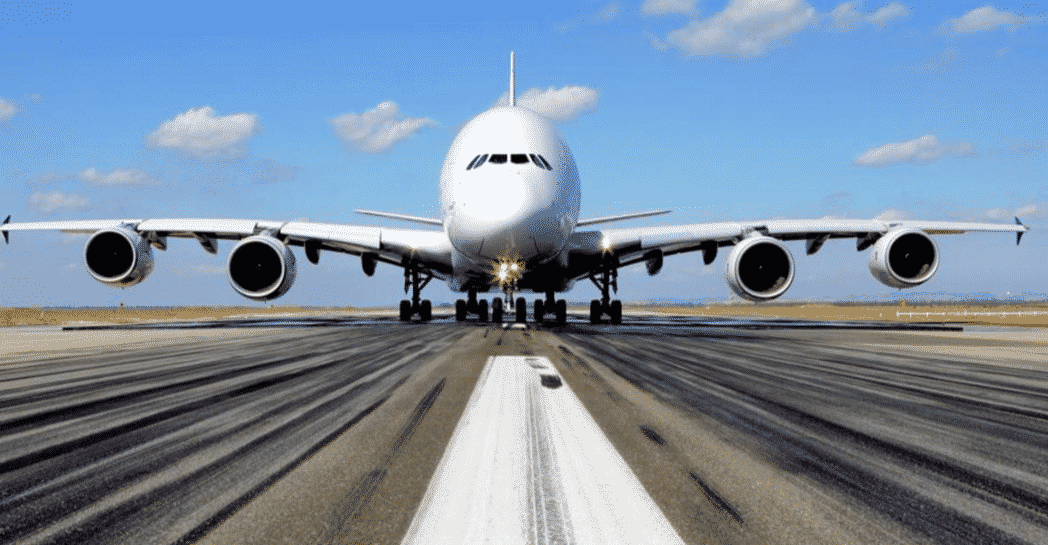 So how early did the U.S. government know about a potential terrorist plot? Well, it seems that since July 2001, the FAA had been releasing warnings to airlines that “terror groups are known to be planning and training for hijackings.” However, CNN’s finding also stated that this initial warning in 2001 wasn’t the first time the government issued warnings to the airlines. The warnings started back in 1998, when the government was alerted to ominous statements from Osama bin Laden that he was planning to attack.

14. Why Was The American Public Not Warned? 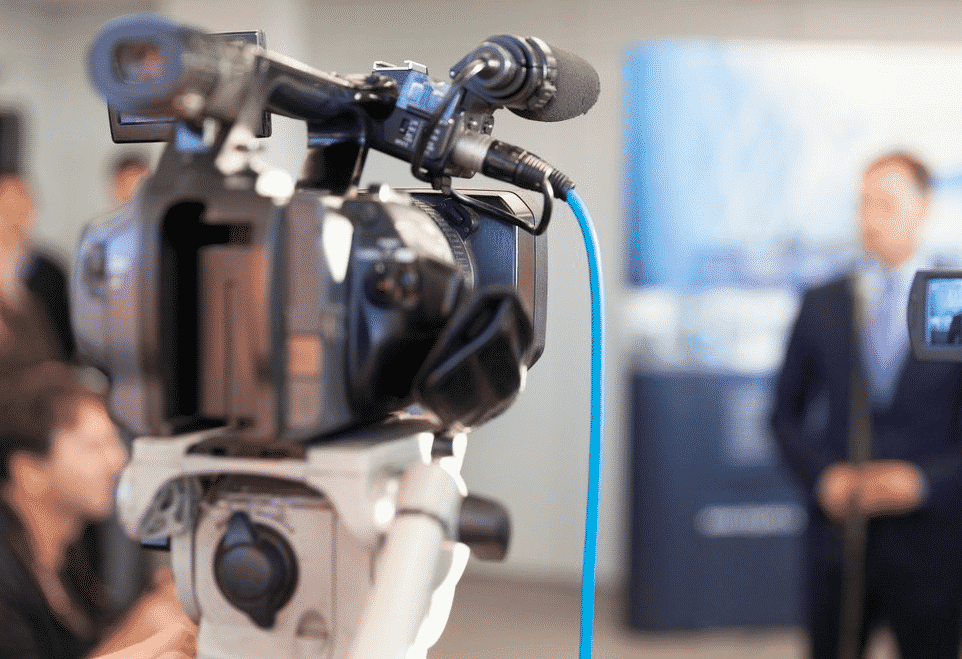 According to findings from CNN, on August 6, 2001, the CIA reported to President George W. Bush that al Qaeda was planning on engaging in an airline terrorist attack. This information then made its way across embassies and other organizations. However, the American people were never warned – why? Well, many believe one of two theories. Either the government didn’t take the threats seriously or they figured that there was nothing that the public could do and wanted to avoid a national outcry of fear.

13. Will The Public Be Alerted In The Future? 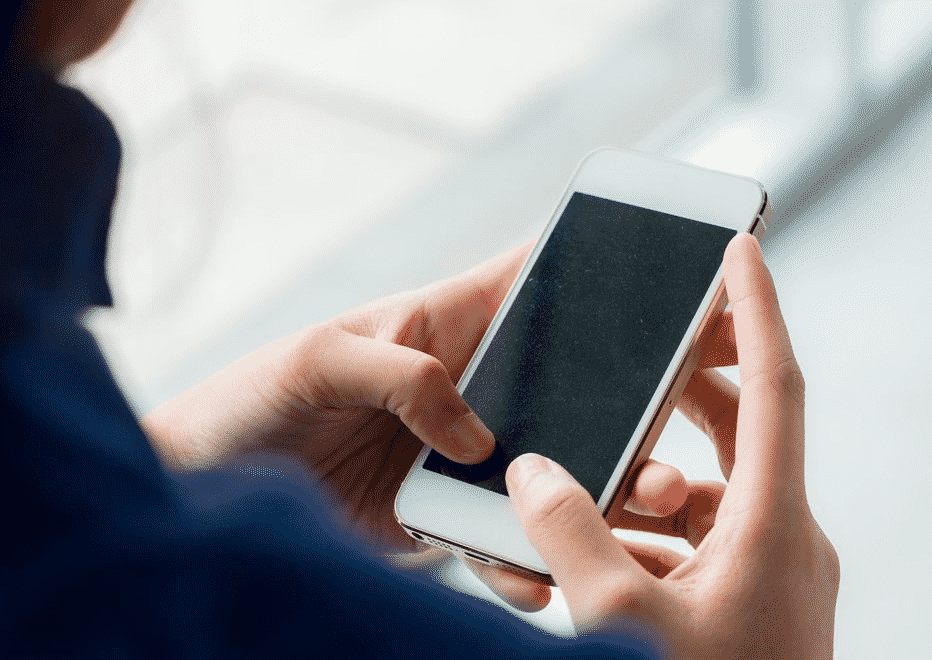 One of the biggest questions that everyone has been wondering is whether or not we will be alerted of a imminent attack in the future? According to CNN, the European Union has recently enacted a legislation that requires citizens to be alerted of any potential attacks. The United States has also become more transparent about any attacks through the use of a color-coded system that Homeland Security makes use of. All of this points to the most likely conclusion that we would be warned in case of another attack. 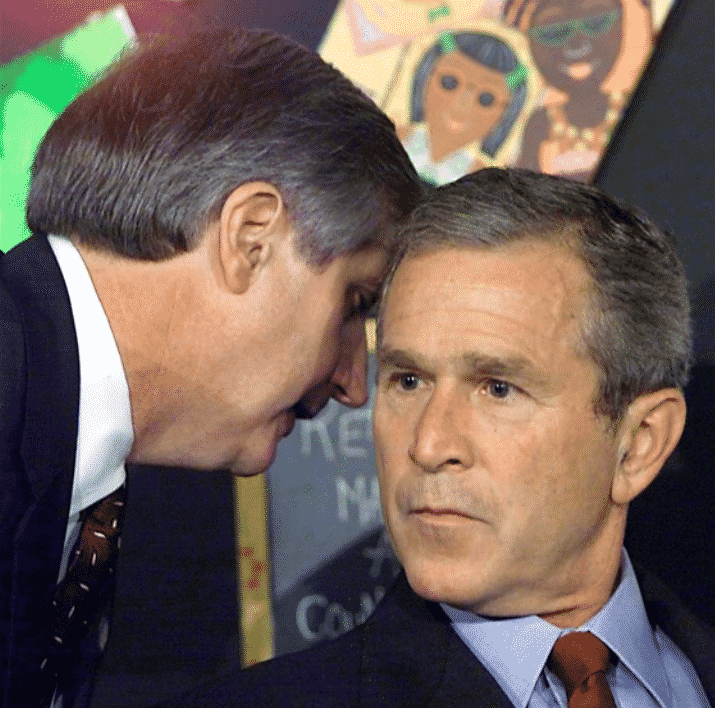 Many people are aware that on September 11th, 2001, George W. Bush was in Florida reading a book to elementary school children. However, once he was alerted to the attacks he was swiftly placed inside his Air Force One where he circled around for hours on end. The plane was actually running low on fuel and had nowhere to land. However, that wasn’t the worst part… 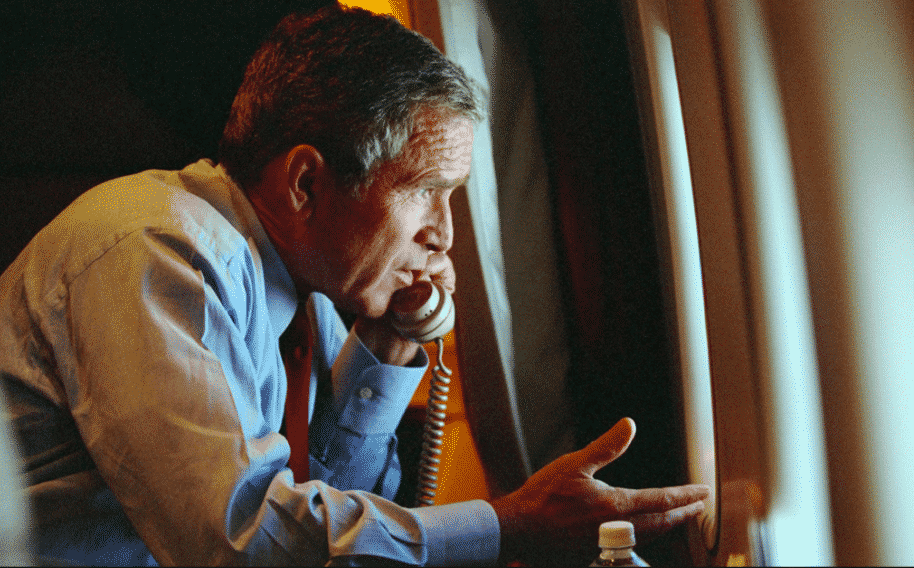 Not only was the president of the United States stuck aboard an aircraft for hours, with no where else to go but he also couldn’t communicate with anyone. Everyone on board the plane were told to switch off their phones so that they wouldn’t be tracked. The only person that President George W. Bush was able to get in contact with was D*** Cheney.

10. No Way To Receive Phone Calls 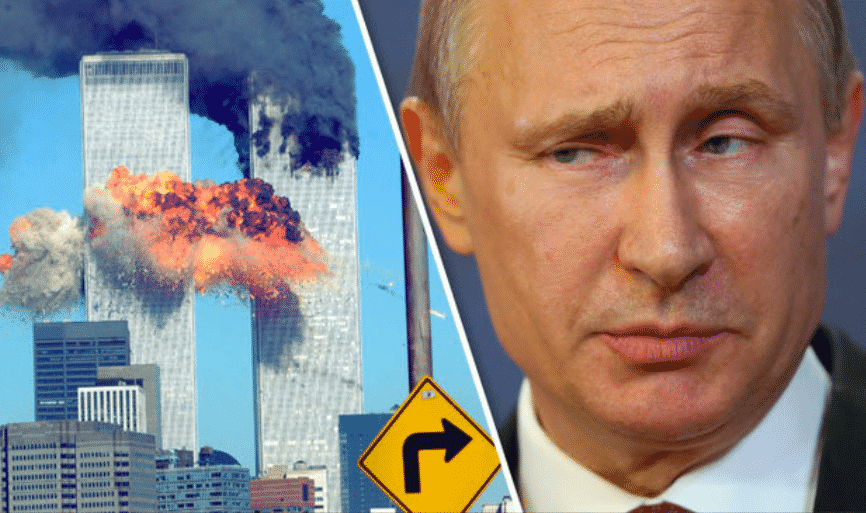 According to NBC News, “Because of inadequate communications equipment and procedures, top U.S. officials couldn’t talk to each other or to anyone else.” At one point, Vladimir Putin wanted to speak to George W. Bush to ask about why the U.S. was preparing to go to DEFCON 3. However, since his cell phone was off, President Bush had no way to get in contact with anyone! 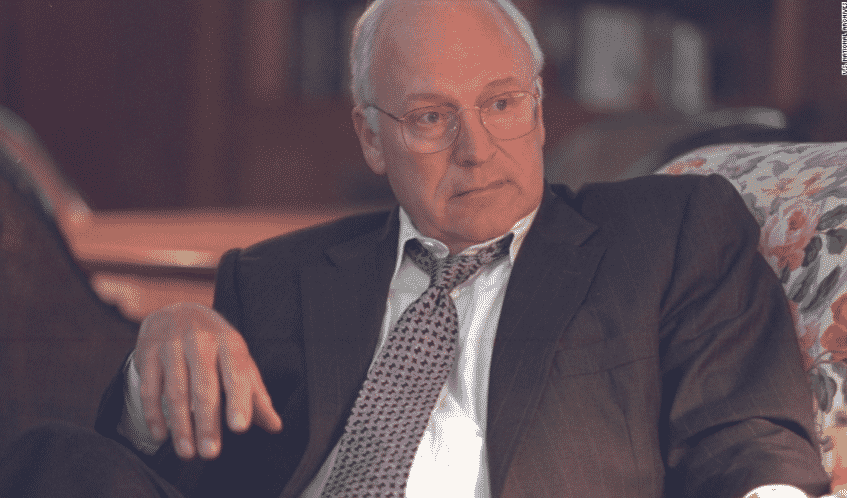 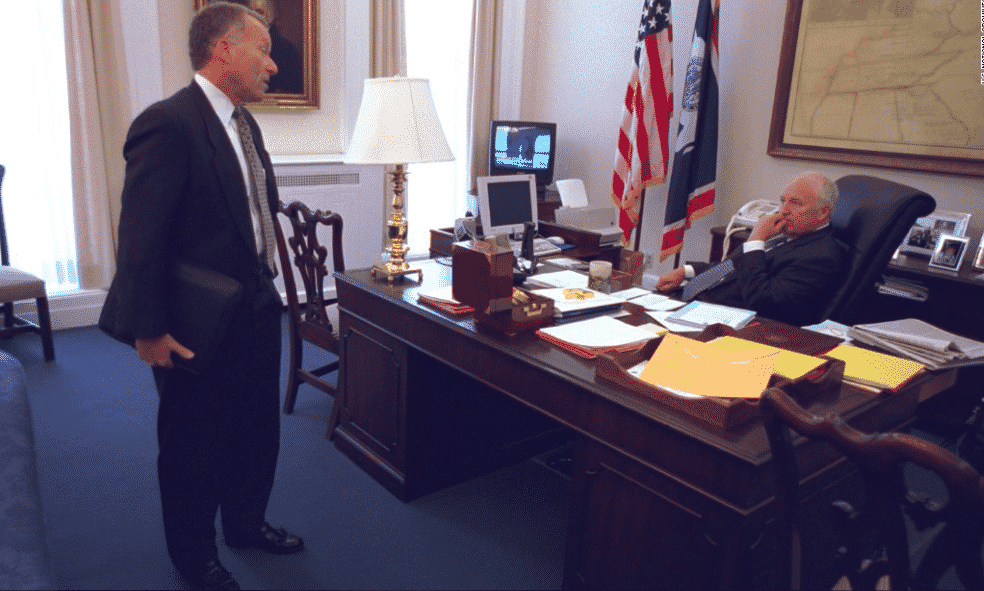 When the terrorist attacks took place, Vice President D*** Cheney had been at the White House. Suddenly an aide rushed in and told Cheney that he was to be escorted to his designated bunker outside Washington. Cheney looked at the aide like he was insane and refused to oblige. Many other government officials also refused to follow standard protocol and instead chose to be on-hand. 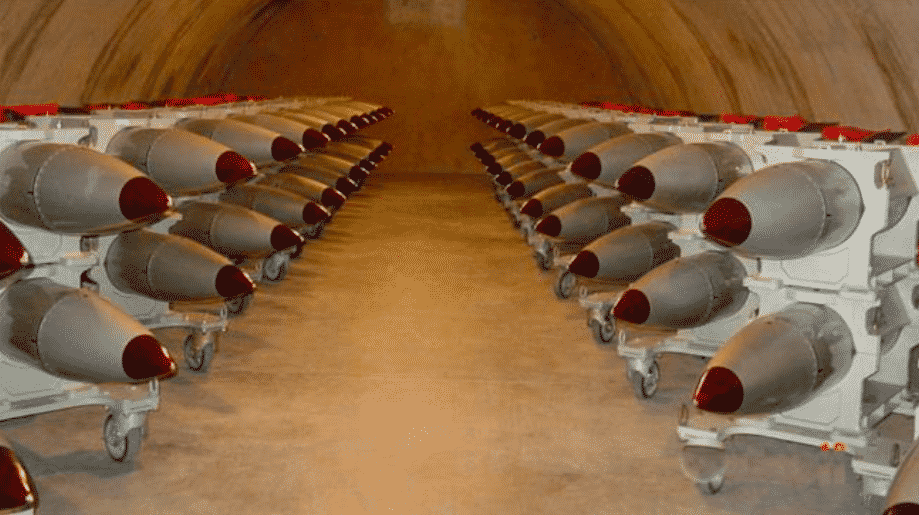 Nuclear weapons were exposed on 9/11 – yes you read that correctly. On the day that 9/11 happened, there were three dozen live nuclear weapons aboard U.S. Air Force bombers at three airbases, according to NBC News. The Pentagon’s annual “Global Guardian” war game was taking place on that day and nuclear weapons were loaded on airbases in North Dakota, Missouri, and Louisiana. But, why was this an issue?

6. What If The Terrorists Had Attacked Those Airbases? 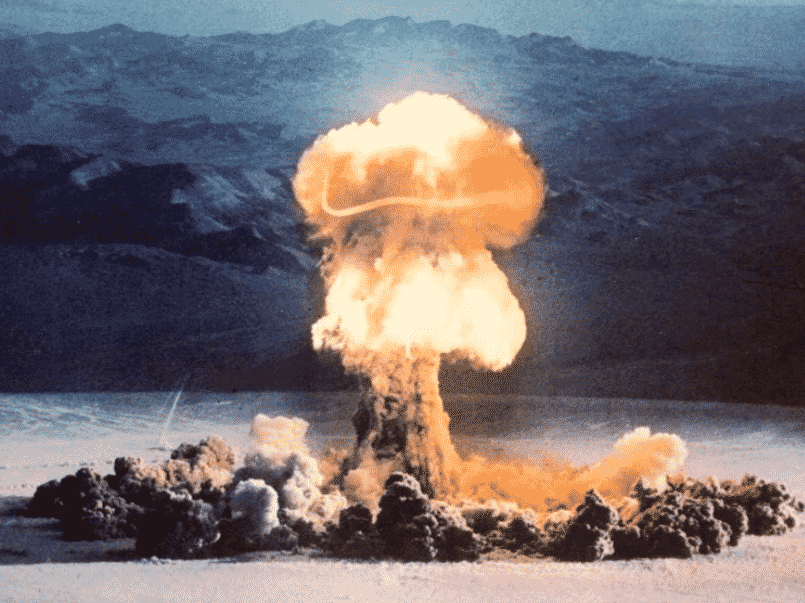 As soon as Adm. Richard Mies, the commander of U.S. Strategic Command (STRATUM), heard about the attacks happening he quickly began to shut down the war game that was happening. One of the biggest fears in everyone’s minds that day was if the terrorists decided to attack one of the airbases that was hosting the nuclear warheads. The end result would have obliterated entire cities… 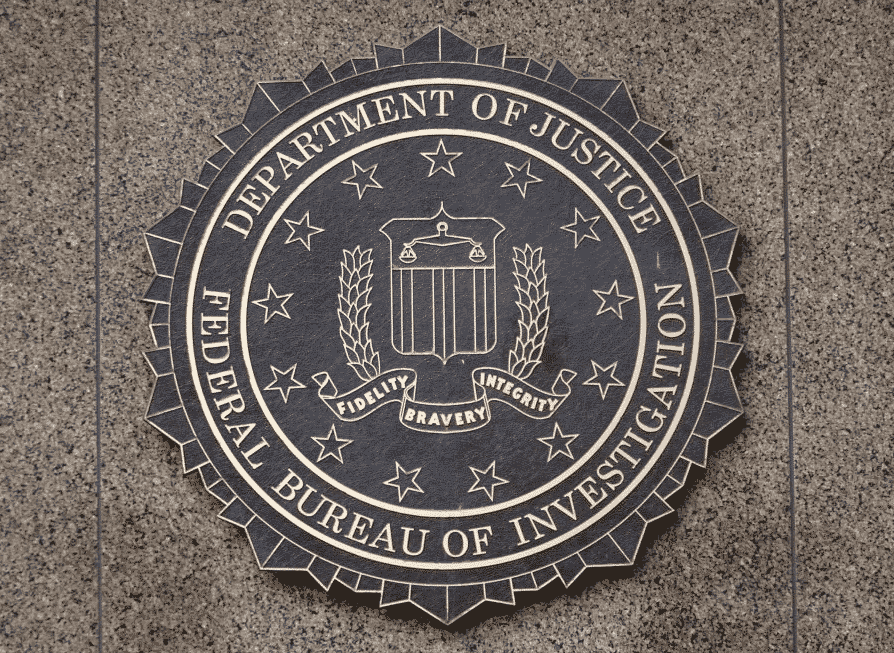 One of the biggest and most continuing prompts of conspiracy theories is why the CIA left the FBI out of communications that would have alerted them to any pending attacks? “It’s horrible. We still don’t know what happened,” an FBI lead counterterrorism agent was quoted saying to Newsweek. To this day, no one knows why the FBI was left out in the dark…

4. Could The U.S. Have Prevented The Attacks? 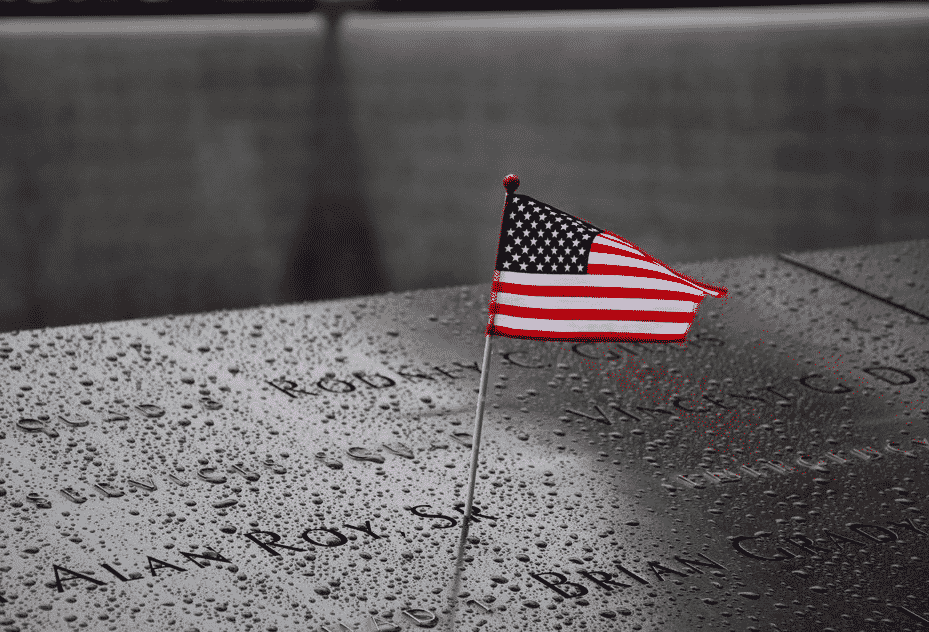 Ever since the attacks happened, everyone has constantly asked, “Could this have been prevented?” “I am sad and depressed about it,” Mark Rossini, one of two FBI agents assigned to the CIA’s Osama bin Laden unit, told Newsweek. “It is patently evident the attacks did not need to happen and there has been no justice,” Rossini said, after it was proven that the CIA blocked information from the FBI. 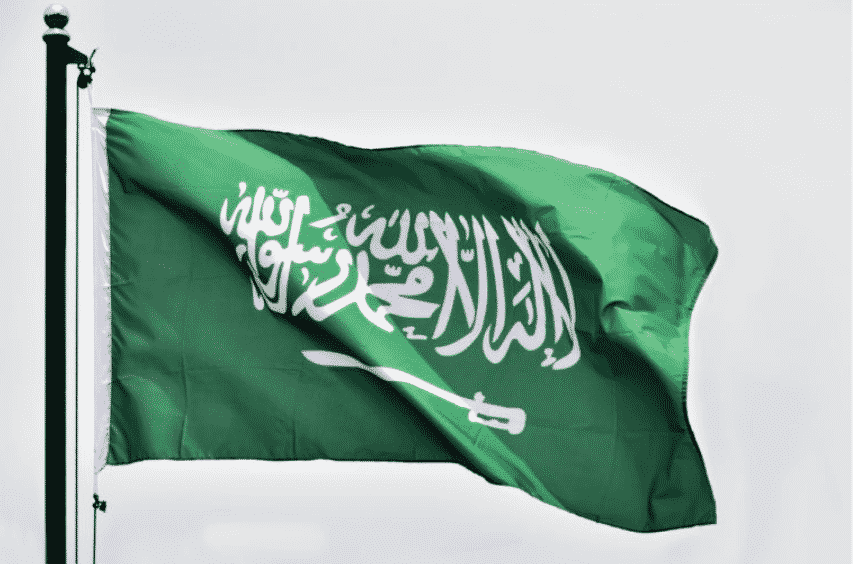 Were the U.S. government and the Saudi Arabian government working together? Authors Ray Nowosielski and John Duffy have recently released a book called, “The Watchdogs Didn’t Bark: The CIA, NSA, and the Crimes of the War on Terror“. In the book, the two authors worked out the conspiracy that the United States and the Saudi Arabian government not only were responsible for the attacks but also worked together to keep everything in secrecy. Newsweek has reviewed the book and stated that the authors do make a compelling case. 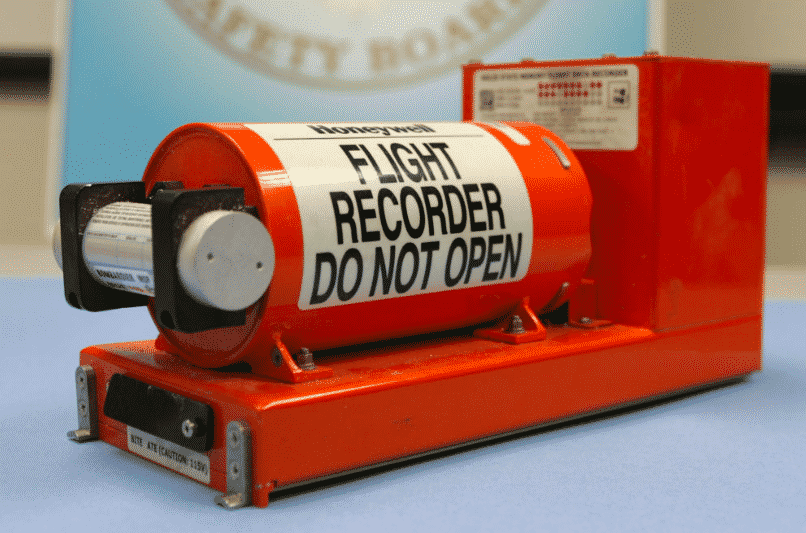 Black boxes stored in the tail of Flight 77 were discovered in the Pentagon on September 12 2001. However, according to Secretary of State Donald Rumsfeld, all of the data from the cockpit voice recorder was unrecoverable. This is quite a strange occurrence as this was the first time in 40 years that a cockpit voice recording was found with absolutely no date on it…

1. Could It Happen Again? 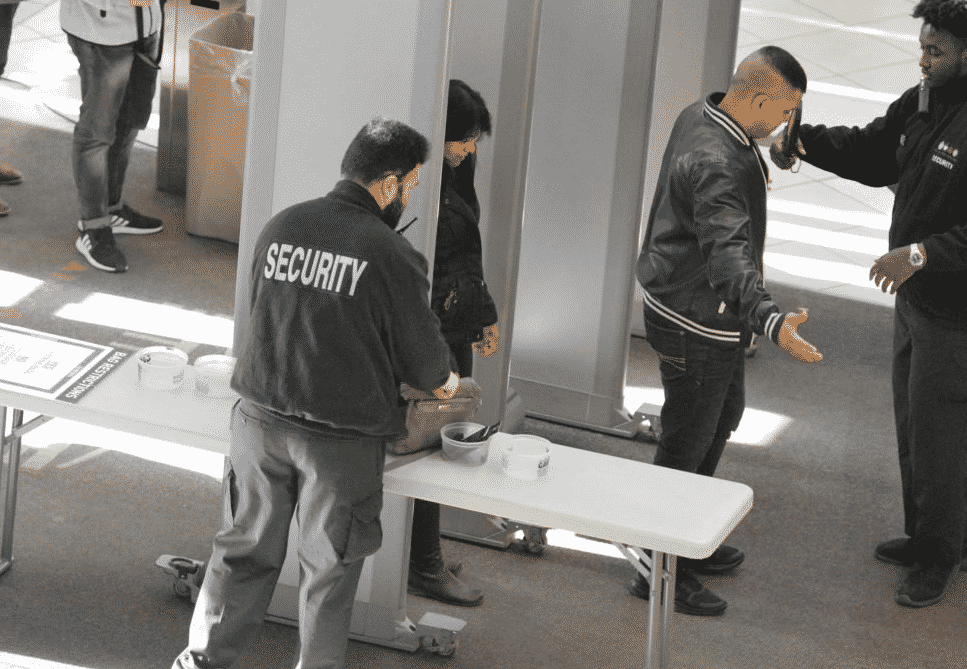 After 17 years without another major attack, American citizens still wonder and worry about whether another attack like this could happen again? Although the U.S. has been working hard to improve safety measures, ABC News warns that the “false sense of security” we feel could blindside us. “The greatest vulnerability in the security system may be complacency—that government officials, airlines, and passengers will let their guard down.”