These Abandoned Military Bases Will Leave You Speechless

There have been many great wars over the years, but fortunately, they all came to an end. The only thing that’s left of them are historic monuments and abandoned military bases. These bases are built to last for only a couple of years and they are always abandoned after wars are finished. However, they still stand to remind us how ugly wars are and why we should do our best to avoid future ones. With that being said, here are the scariest military bases that will leave you speechless. 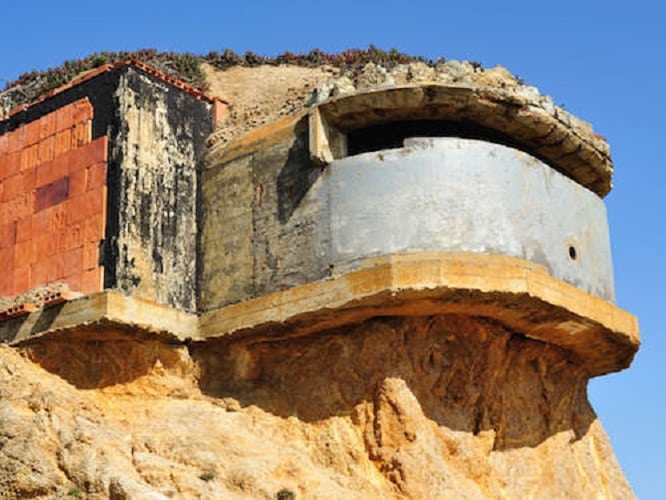 This bunker is located next to the Pacific Ocean and it was built the by the US during World War 2. US soldiers used to stay in this bunker and use it as a watchtower against incoming Japanese attacks. Talking about abandoned bunkers, the next picture is downright scary! 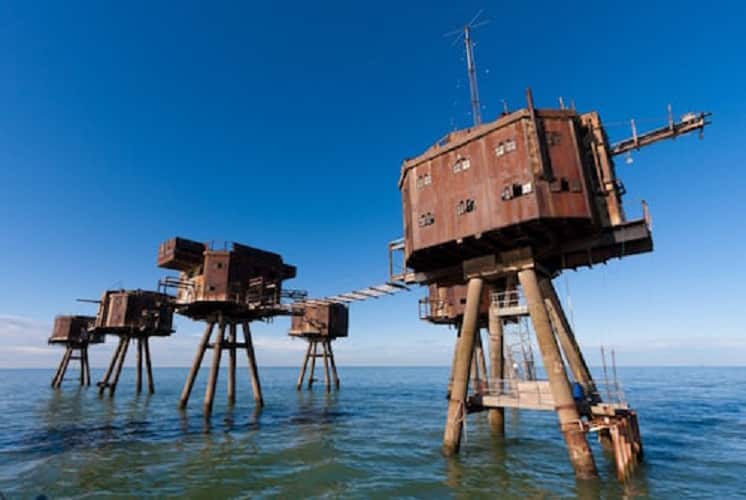 These creepy looking structures used to be active military bases for the Maunsell army. These bases were used for anti-aircraft defense and they are located next to the coast of England. Make sure to stick around for the following pictures because you won’t believe your eyes! 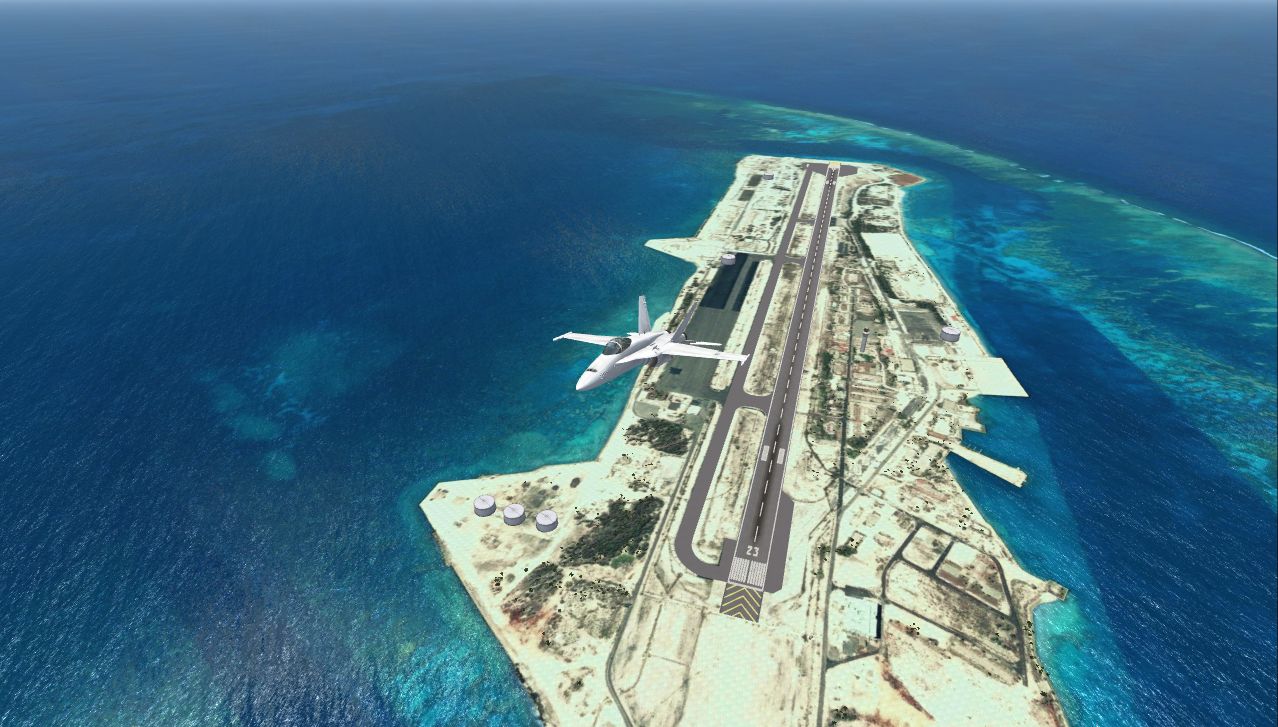 This entire island is used as a military base by the US. The US President Franklin Roosevelt is the one who gifted this island to the US Navy back in 1934 and its been used as an air station ever since. Also, the island is uninhabitable because the US Navy used it to test out biological and nuclear weaponry. You won’t believe how creepy this next aircraft base looks like. 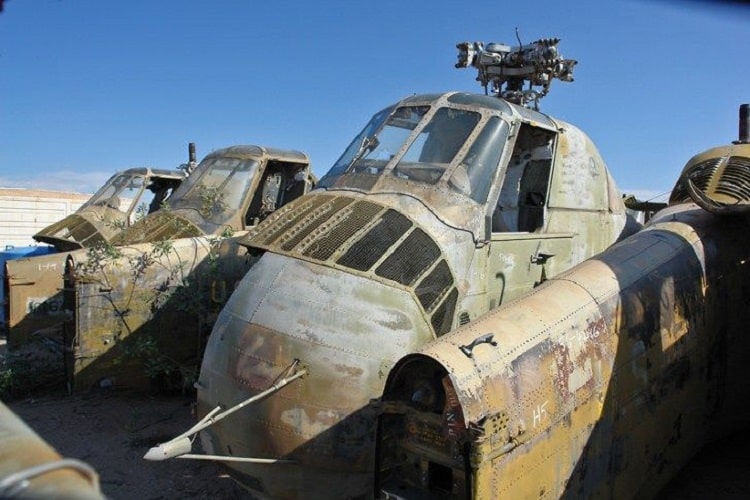 While this might look like an abandoned Star Wars set, it’s actually a former US Air Force base. The base was used during World War 2, but now it is known as the world’s largest aircraft boneyard housing hundreds of broken down airplanes. 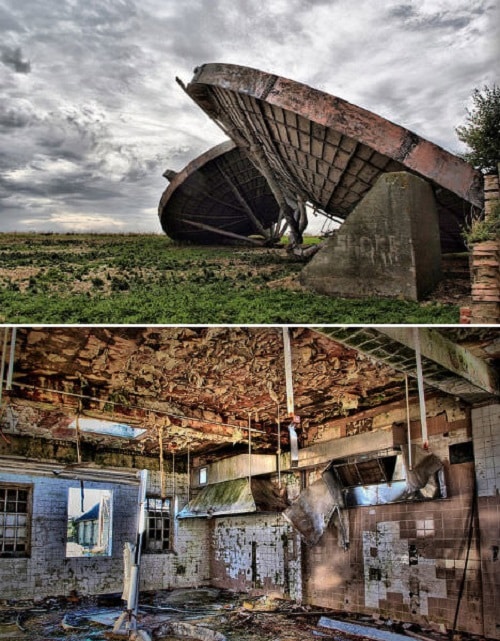 This was one of the world’s biggest radar stations and it was used by the military to send important information through microwave signals that were transmitted through the troposphere. However, the radar station is useless now and it doesn’t look like the military is ever going to recondition it because there are much better ways of sending signals with today’s technology. The upcoming structure looks like something taken from a James Bond movie. 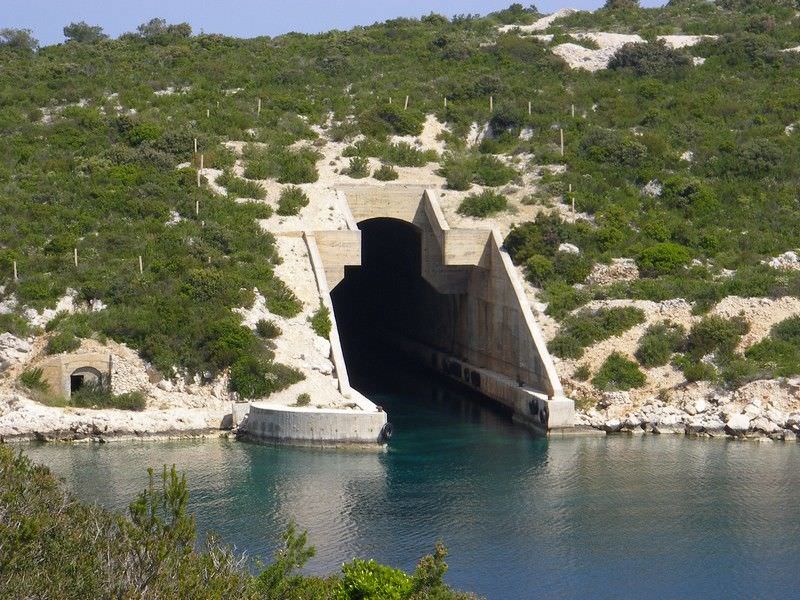 14. Fuchu US Air Force Base 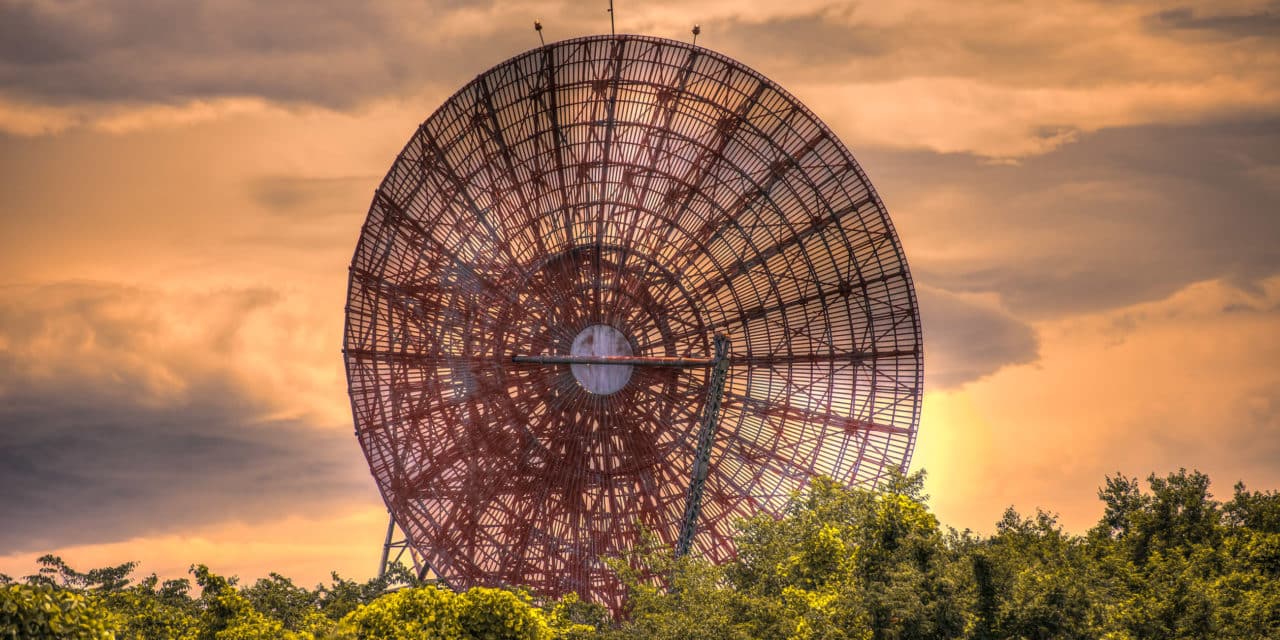 The Fuchu base was originally used by Japanese forces, but the US took it after Japan lost World War 2. The small part of the base has now been built into a park while the rest side is left abandoned since the US Air Force left the area. You will be shocked to see how German submarine bases look! 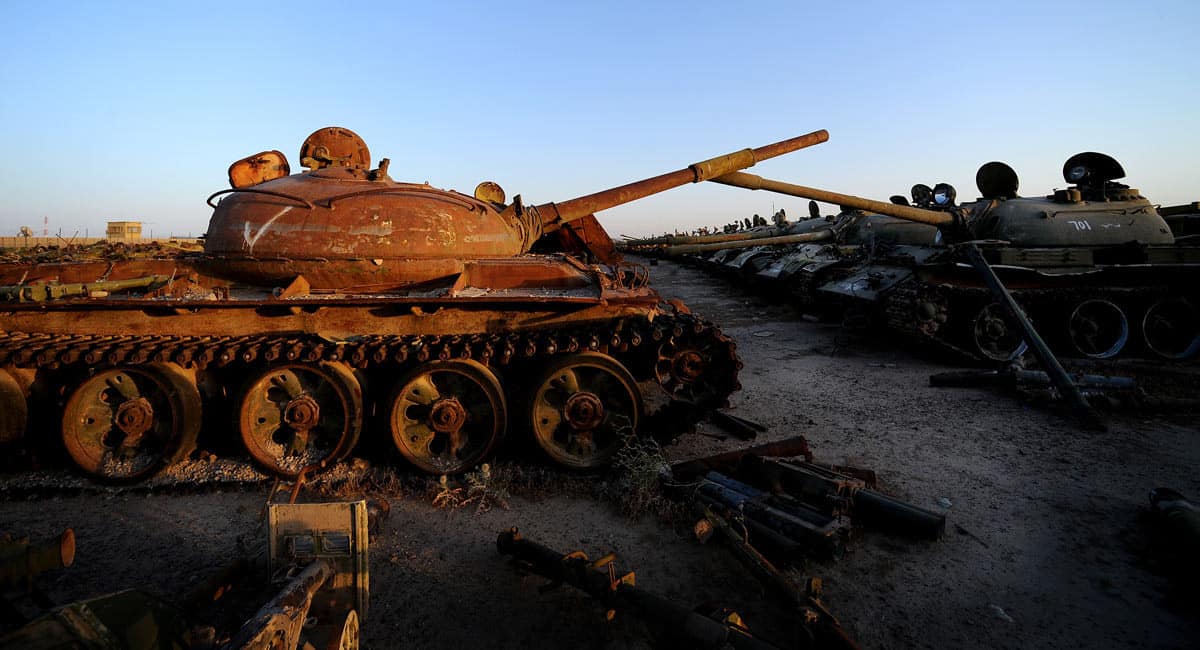 All of these tanks are abandoned by the Soviet army. The tanks are no longer functional and going back to get them will cost millions of dollars. 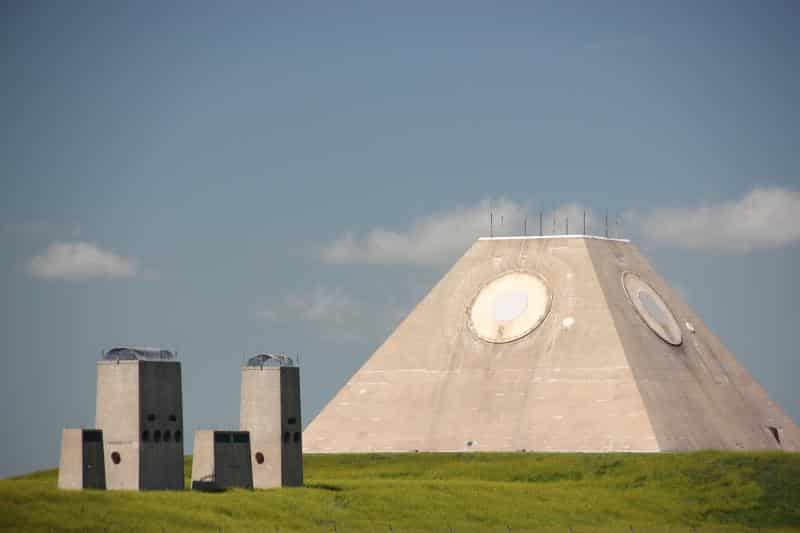 This weird-looking base is called Nekoma and it used to be a radar system. The base is located in North Dakota and it served the sole purpose of tracking incoming nuclear ICBM missiles. However, the huge pyramid base is now abandoned and no one inhabits it anymore. 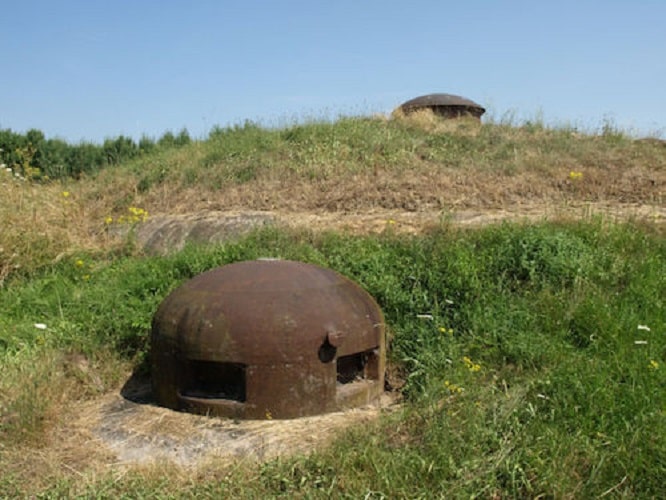 France knew that a war was coming and this is why it dug up numerous holes and created the Maginot Line which was filled with underground bunkers that were filled with weaponry. This all happened during the 1930s and the bunkers have been abandoned ever since, just like the following old military base. 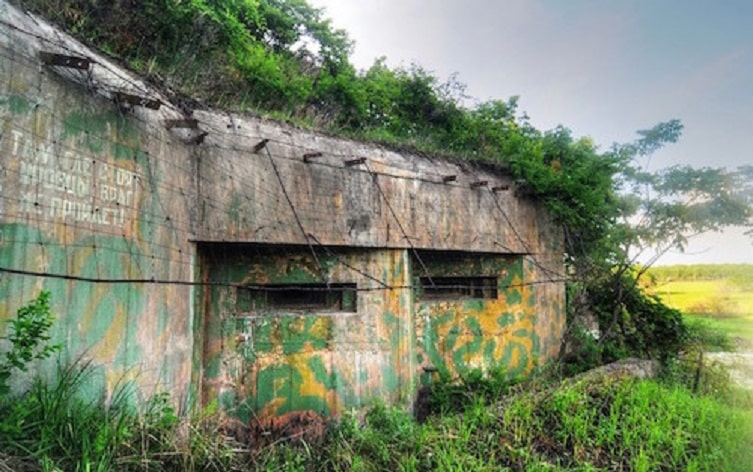 Even though this structure is now filled with graffiti, it was actually a vital protective defense line used by the Japanese forces during World War 2 against the Soviets. You won’t believe how strange an abandoned radar station looks like. 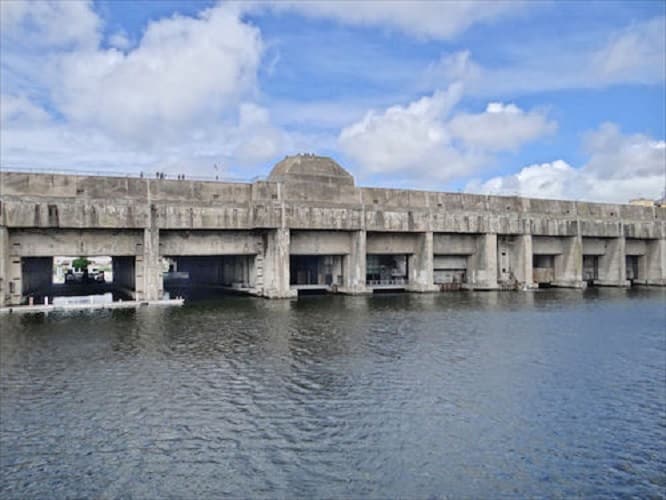 This is the Saint Nazaire submarine base and it used to house German U-Boats all throughout World War 2. The Third Reich made five submarine bases in France, but this is the only one that wasn’t destroyed during the war. If you think this submarine base is creepy, then you need to see what’s coming next! 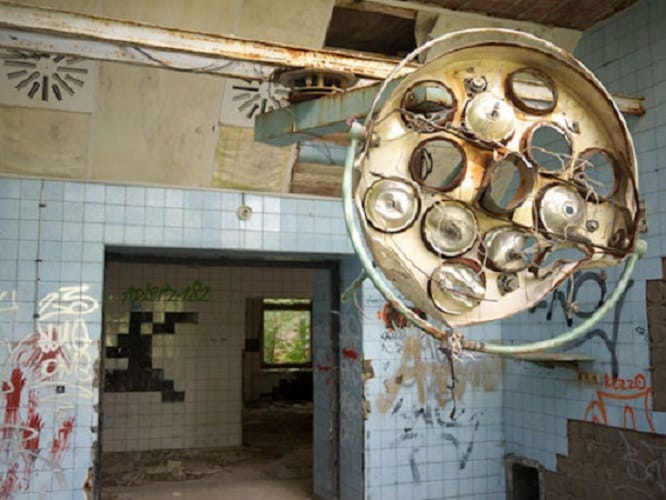 This abandoned military hospital is located in Brandenburg, Germany. The hospital is famous for treating Nazis, and even Hitler himself after he was shot during battle. In addition, the Nazis also used this hospital for some of their strange experiments. 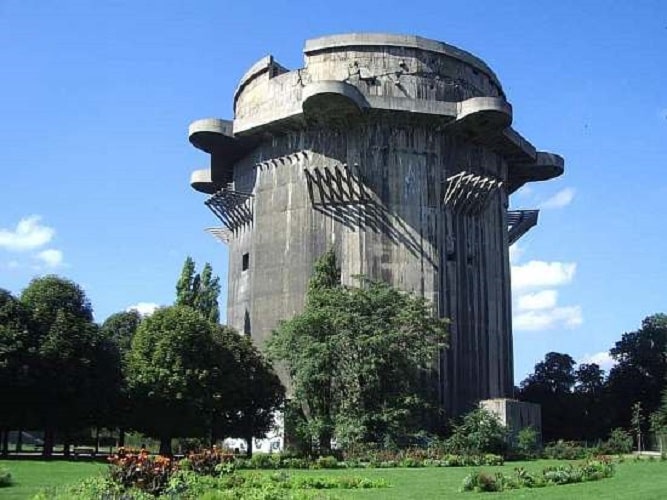 This structure is called a Flak Tower and it was built by the Nazis during World War 2. Towers like this were used against air raids and their walls are eleven feet thick. The coolest thing about them is that they were equipped with multi-level guns that fired 8,000 rounds per minute. 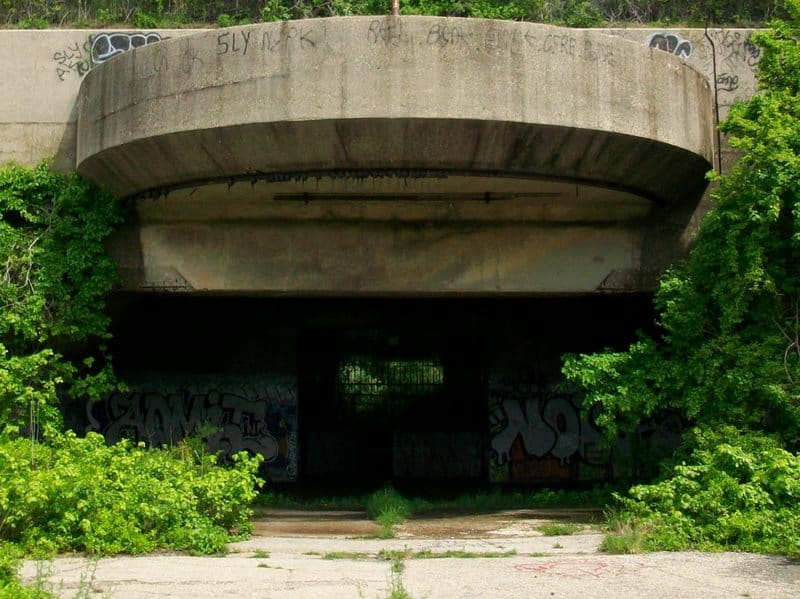 Fort Tilden is located right next to New York City, Borough of Queens and it served the role of being a coastal artillery during the Cold War. From the looks of it, the people of Queens love to paint it. Although, no one is going to touch this next military base. 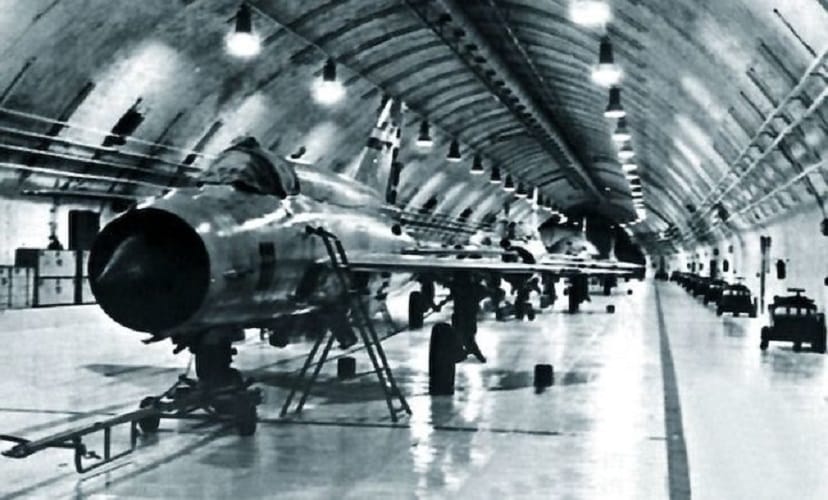 This underground air base is located in Bosnia and Herzegovina. This huge underground airport was kept a secret so that no one knew where to attack it. Worth mentioning is that the airbase was built in a time span of 20 years and it cost a total of $6 billion. Talking about hidden underground military bases, this next one is really amazing. 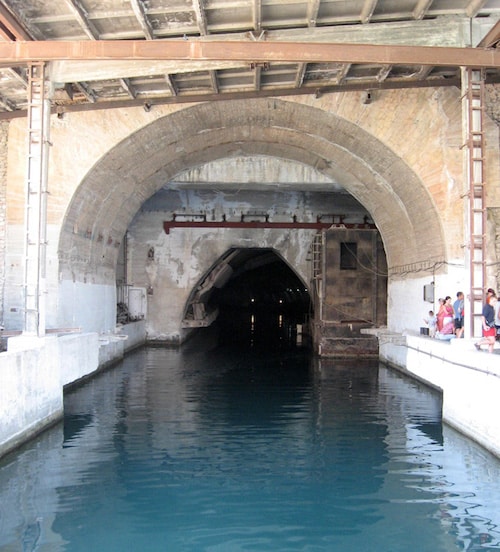 This hidden submarine base is built under direct orders from Joseph Stalin during the Cold War. This base was a government top-secret and this is why it still stands to this day. In addition, the base can’t be seen from the sea which makes it impossible to attack from water. 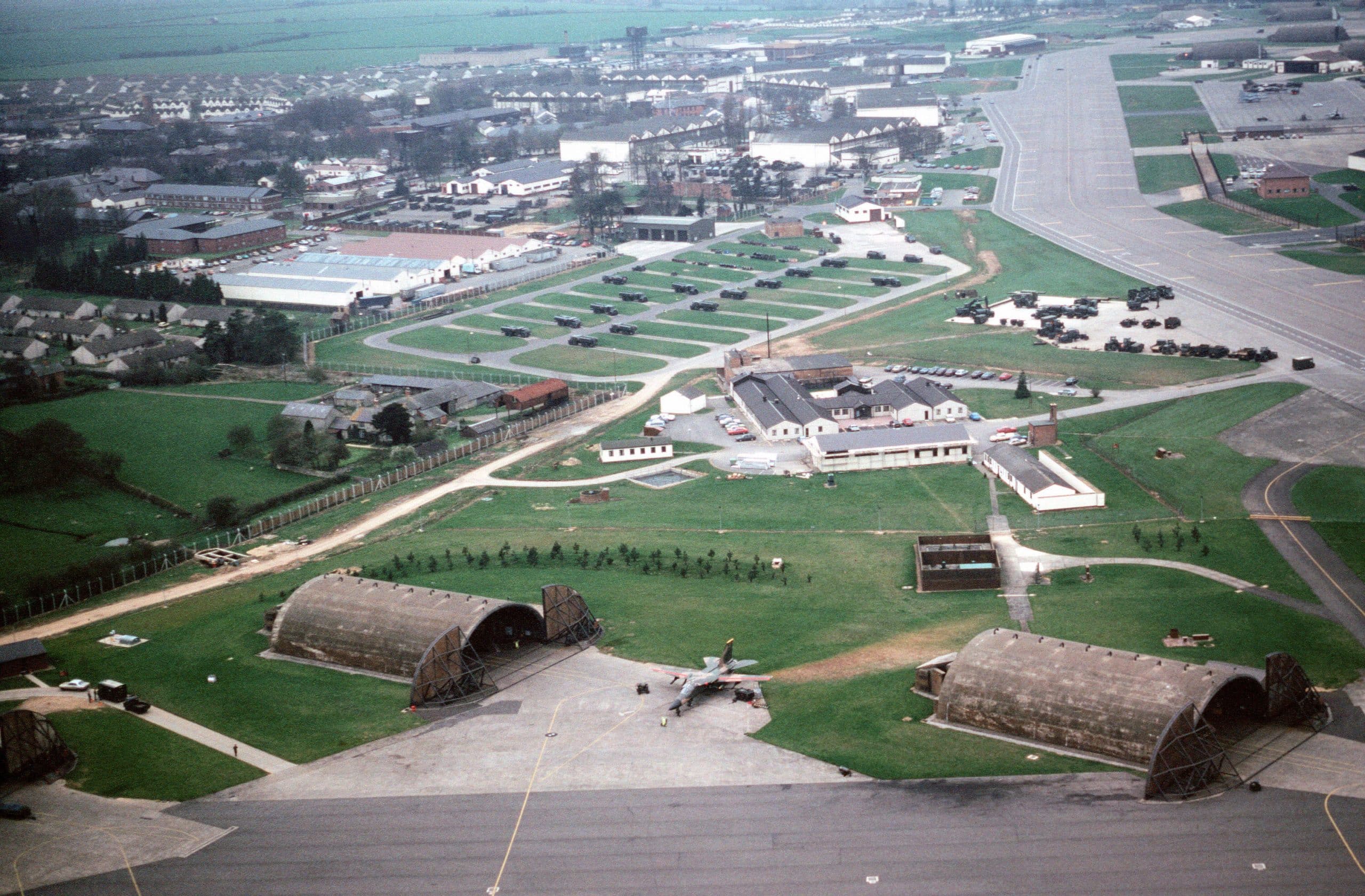 This aerial shot shows us the Upper Heyford Base which played an important role during the Cold War. However, the base was quickly shut down when the Cold War ended and it’s now left as a popular spot for urban explorers. 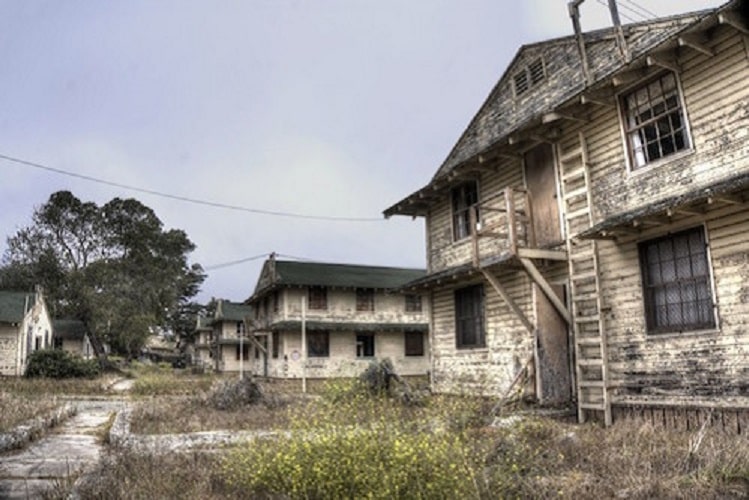 Ford ORD is located in Monterey Beach, California and it was officially shut down in 1994. The fort is now included in the National Landscape Conservation System which means that authorities are not allowed to destroy it. However, the inside of Fort ORD doesn’t look like you would expect it to do. 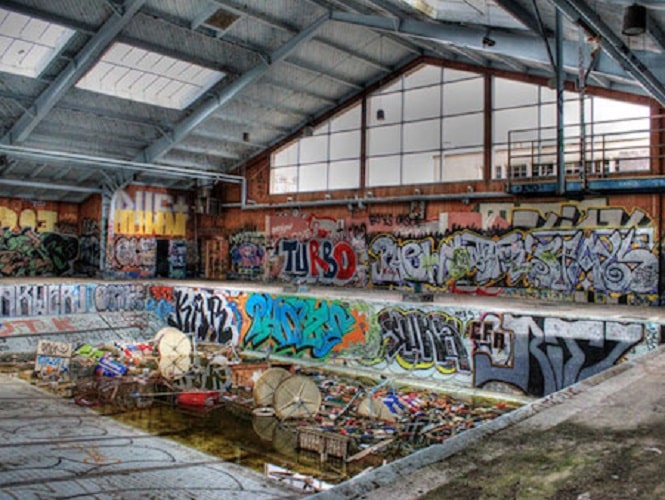 Even though Fort ORD was an important military building that used to be a maneuver area and field-artillery spot, it is now filled with graffiti. Although, this not a bad thing because it makes the fort a great touristic attraction just like the next incredible abandoned base.